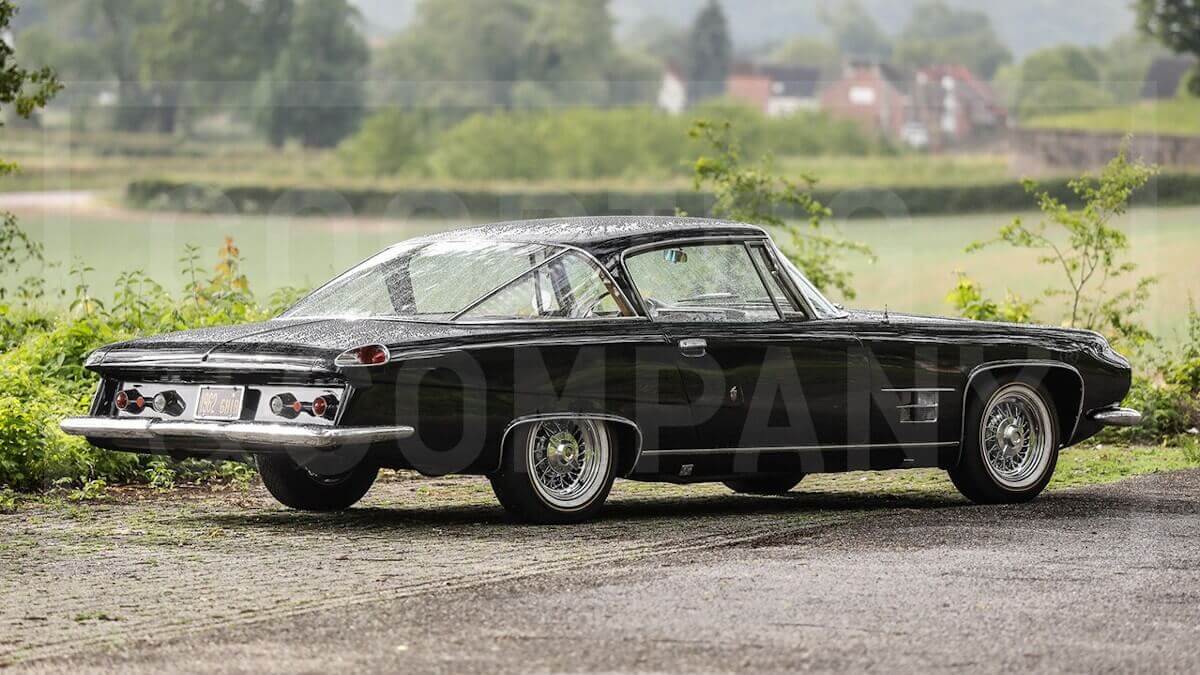 From 1916 to 1970 Ghia, the coachbuilder and design company, existed in Turin. Named after the founder Giacinto Ghia, who managed the company until his death in 1944, various extravagant special bodyworks were created, mainly based on chassis of the Italian brands Alfa Romeo, Lancia and Fiat. They quickly made a name for themselves for the processing of light alloy metals for sporty vehicles, which took part in the Mille Miglia and other events. After 1944 Mario Boano and Giorgio Alberti took over the company. They hired Luigi Segre as chief designer, who became famous for the Volkswagen Karmann Ghia. Between Alberti and Segre, who wanted to bring Ghia forward on a grand scale, and Boano, who saw the company mainly as a supplier of design services, disagreements developed that led to Boano’s withdrawal in 1953. Segre was promoted to owner and held this position until his death in 1963, after which Ghia went up and down. In 1966 the ex-General Ramfis Trujillo, adopted son of dictator Rafael Trujillo from the Dominician Republic, bought the battered coachbuilder and sold it a year later to the Argentinean Alejandro De Tomaso, who lead his car company De Tomaso in Italy. He also couldn’t bring Ghia back to glory and sold it to the Ford Motor Company in 1970, which retained the brand and name rights, but discontinued operations in Turin.

So much for a brief overview of Ghia’s history. Various interesting vehicles got their styling there. Beside the already mentioned Volkswagen Karmann Ghia also the Maserati Ghibli or the Fiat 2300 Coupé. In the 1950s, contacts with designer Virgil Exner led the company towards America, where they offered design services to local manufacturers. Chrysler enthusiastically jumped up that opportunity and had various ‘Dream Cars’ manufactured in Turin. In addition, business relations were also established with the truck company Dual Motors, who in 1954 acquired the production rights for the Dodge Firearrow IV concept car built by Ghia but designed by Virgil Exner. Together with Ghia, 104 Dual-Ghia were produced, 102 Convertibles and 2 Coupés. From 1961 onwards, a further developed version was produced as the Ghia L6.4 Coupé, of which only 26 had been produced by 1963. Both model series found great favour especially in the USA with the film and music stars of the time like Frank Sinatra or Dean Martin. 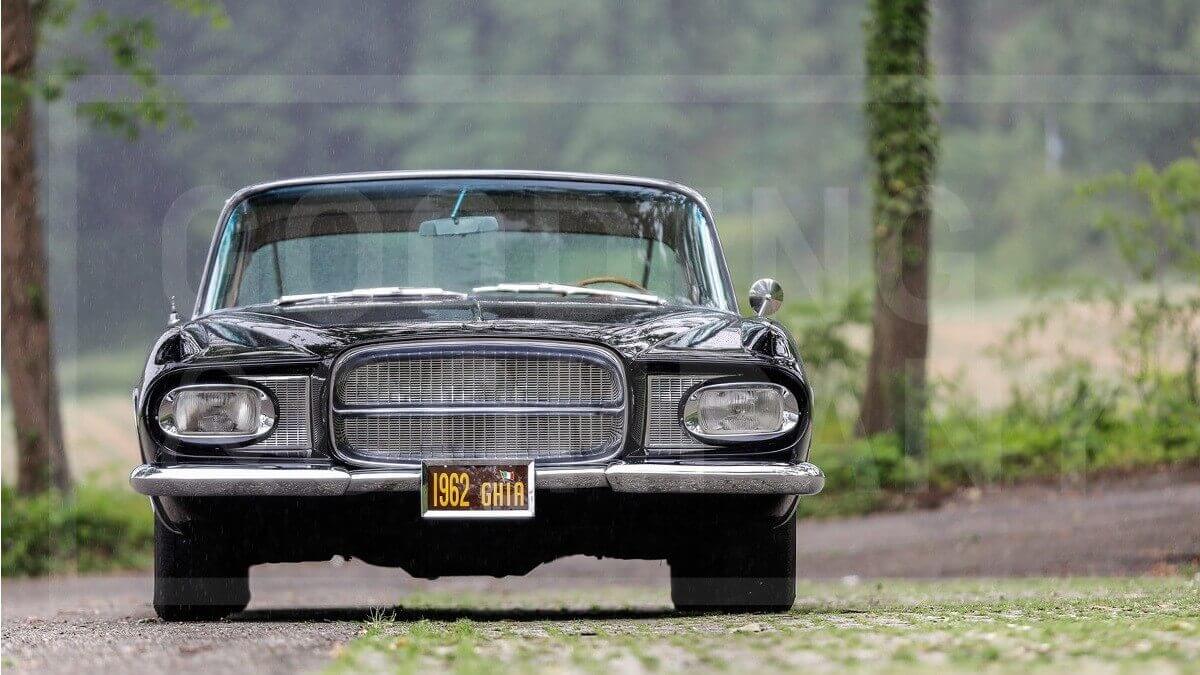 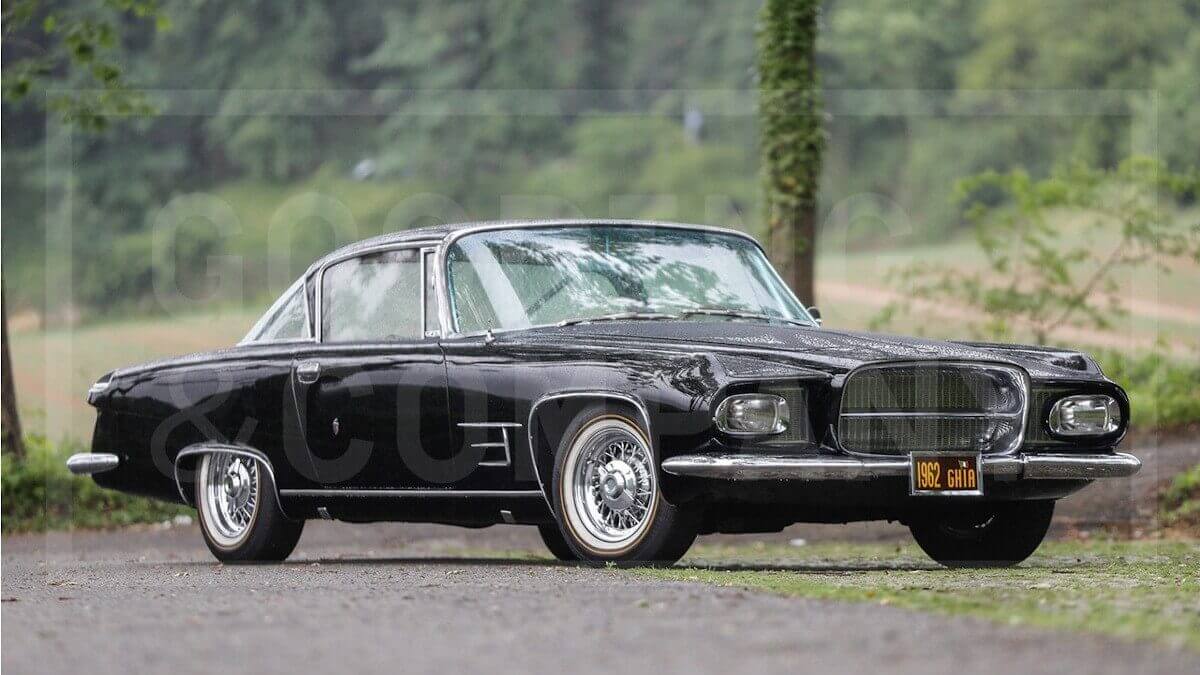 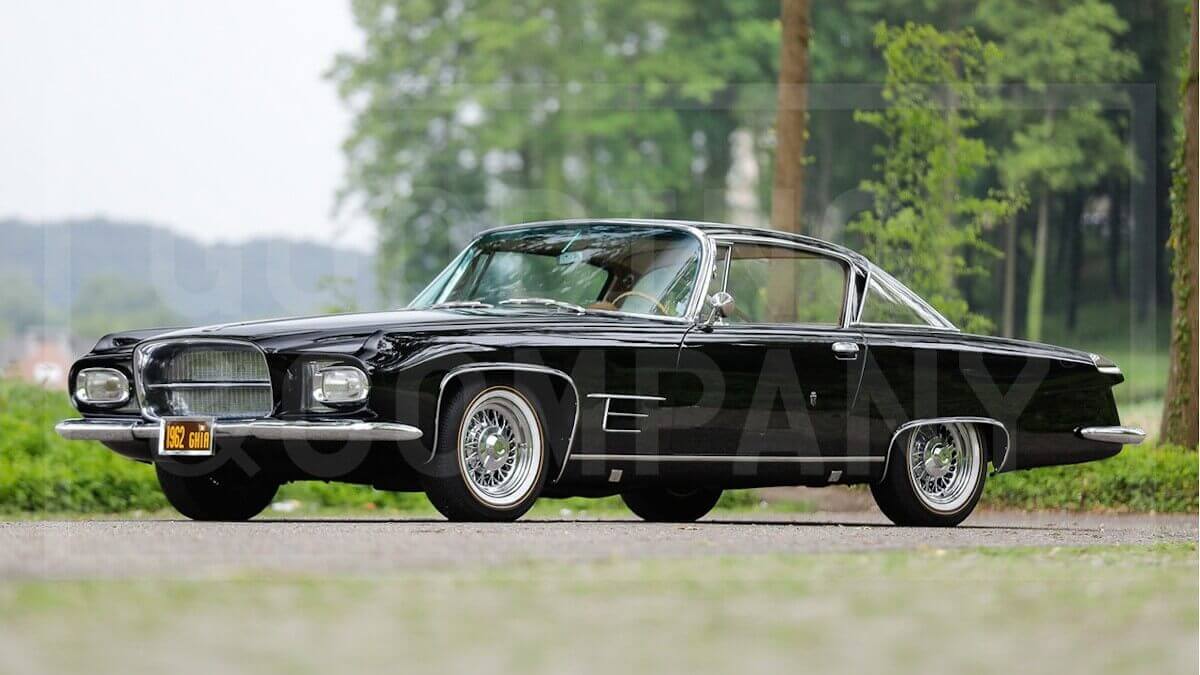 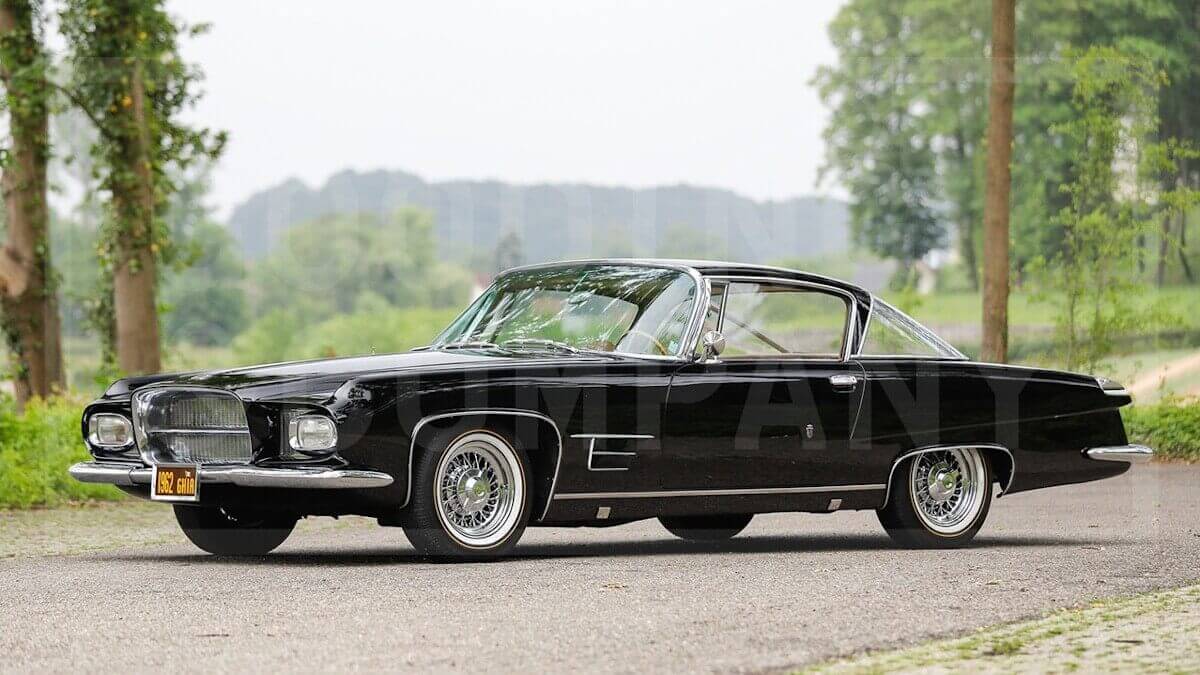 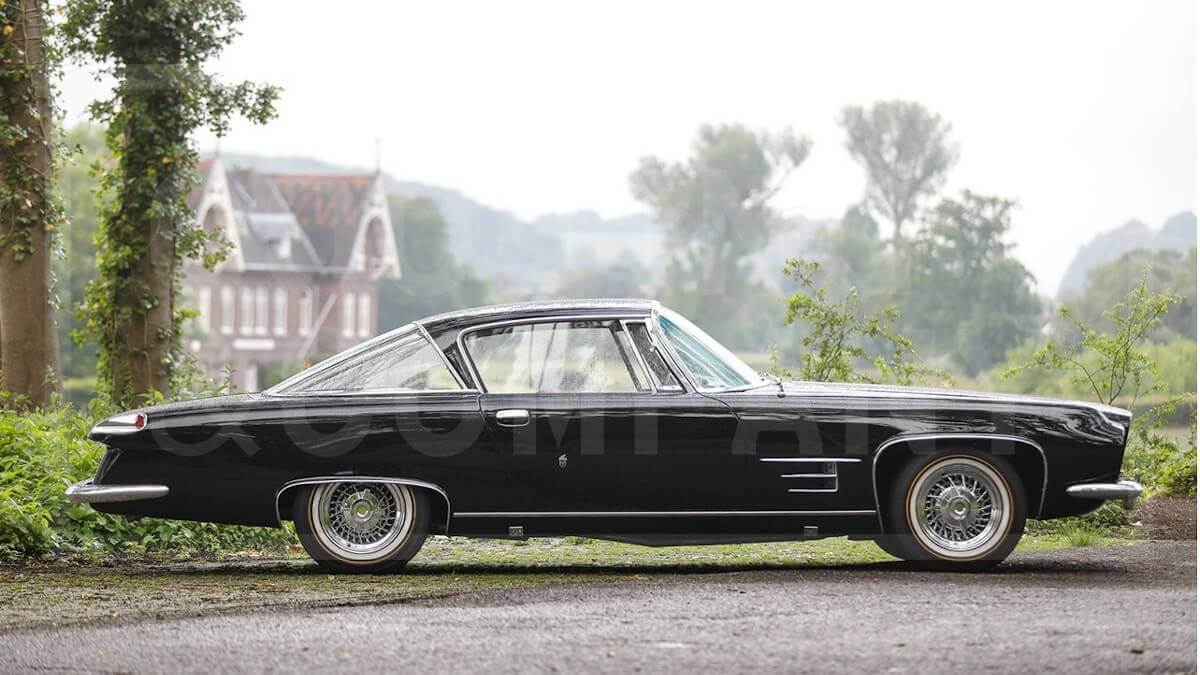 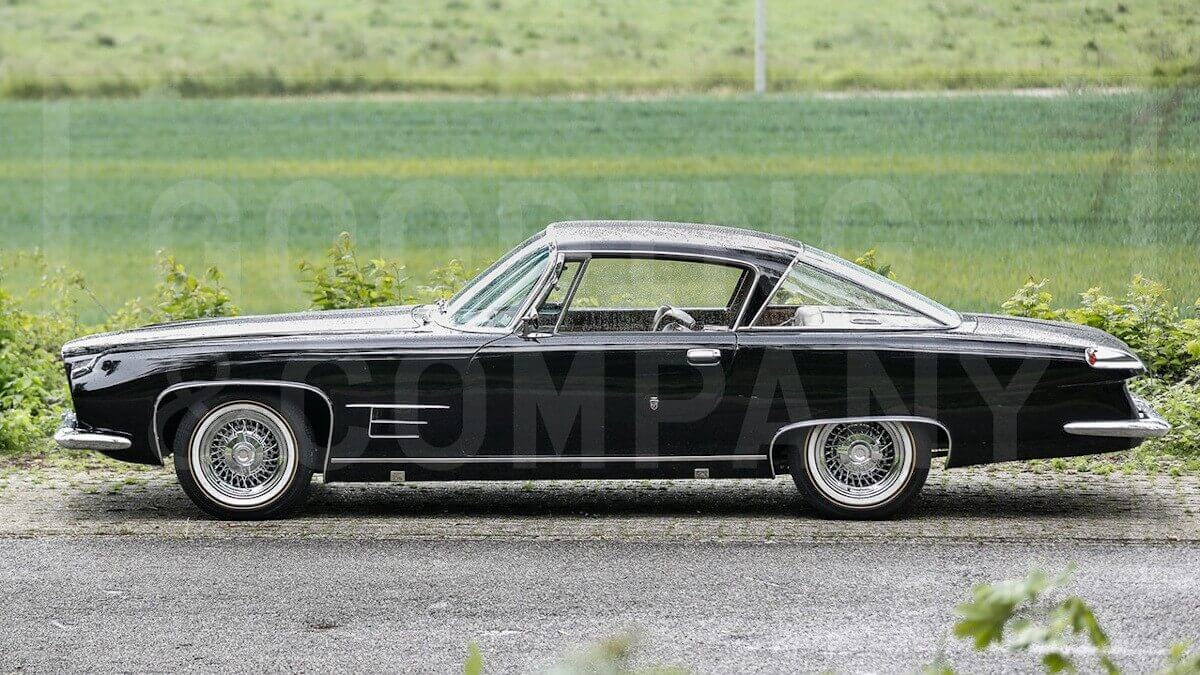 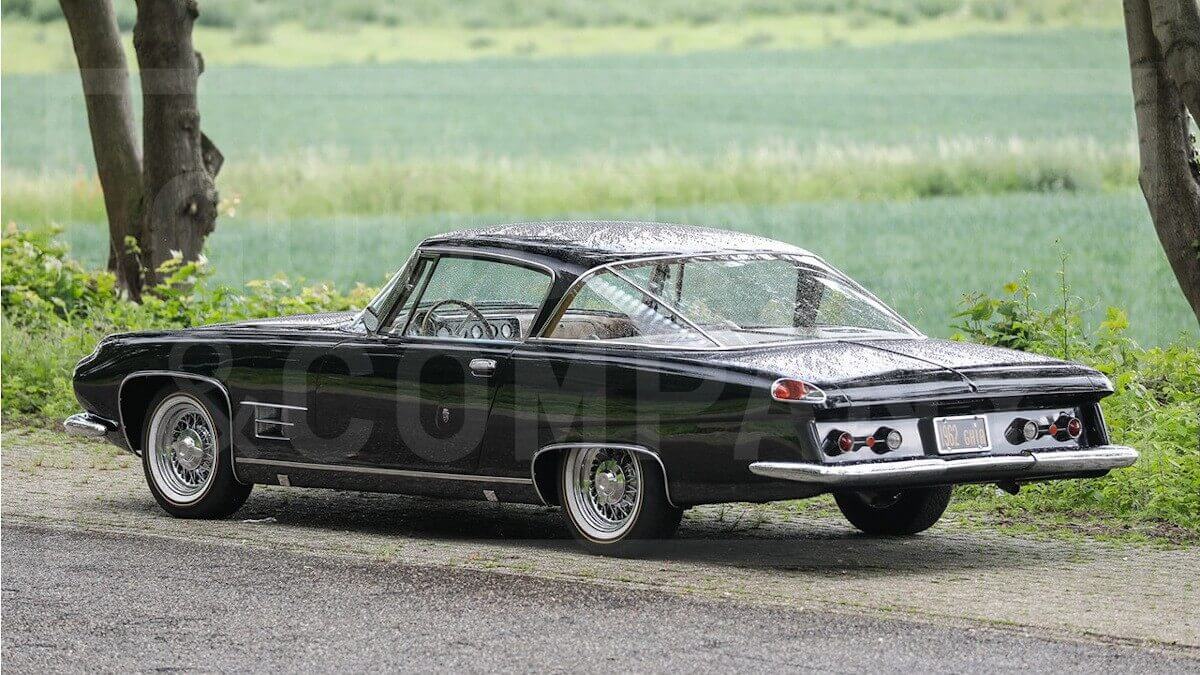 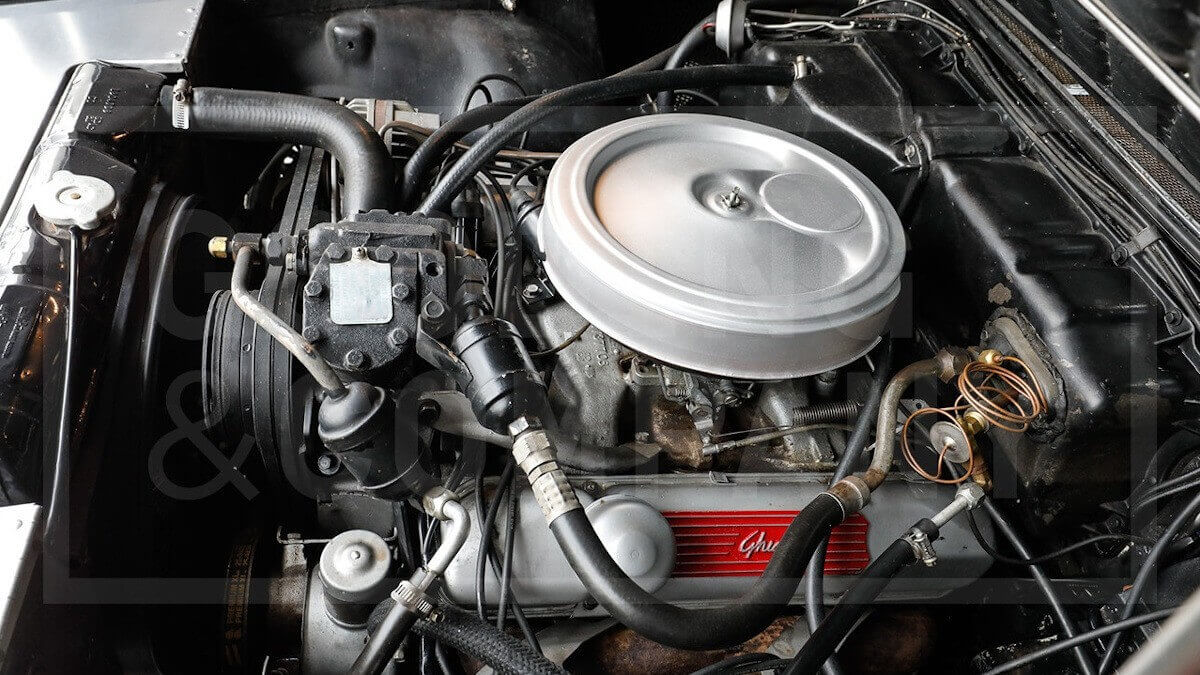 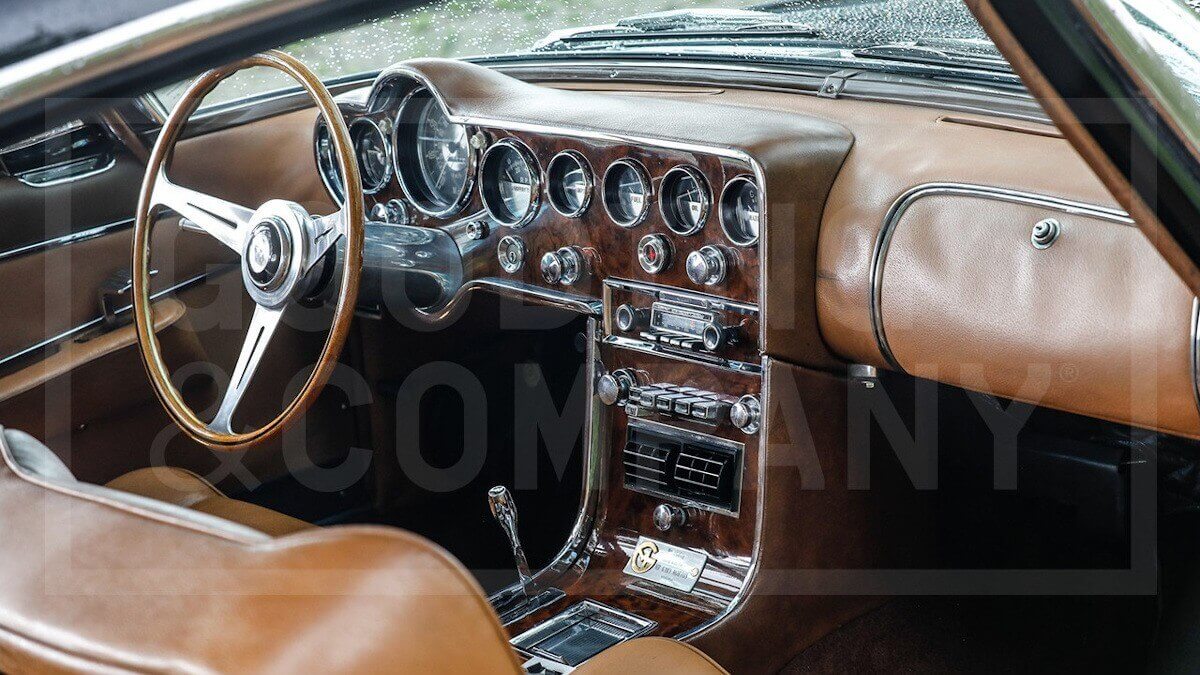 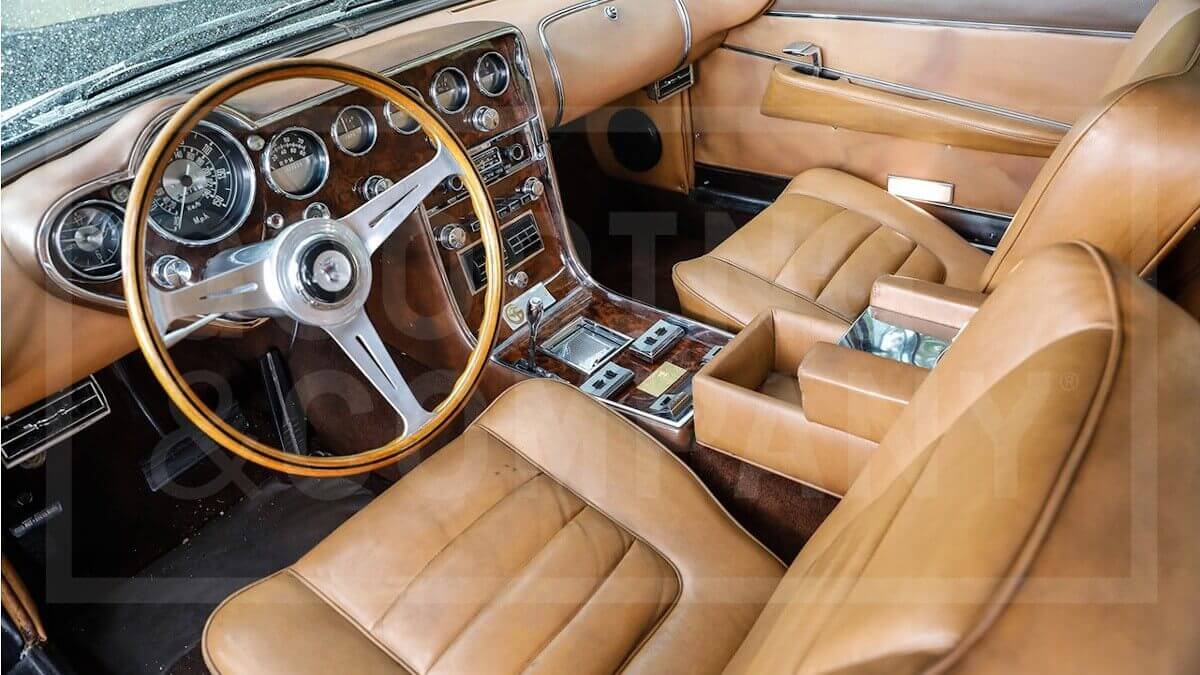 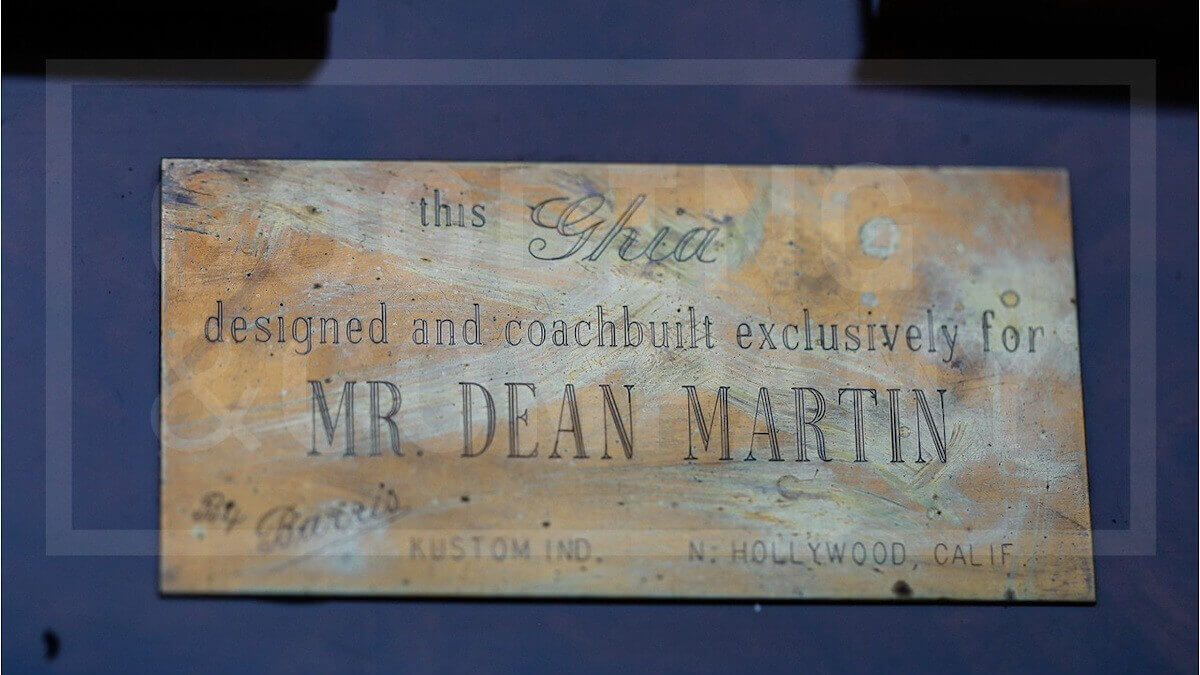 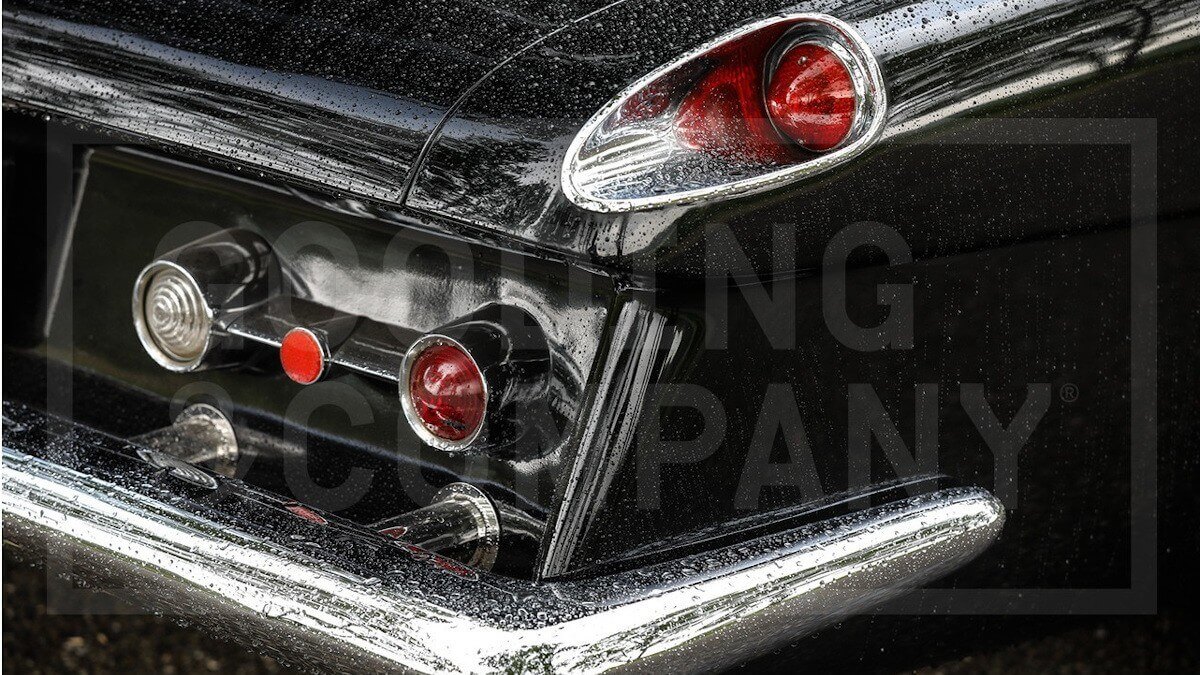 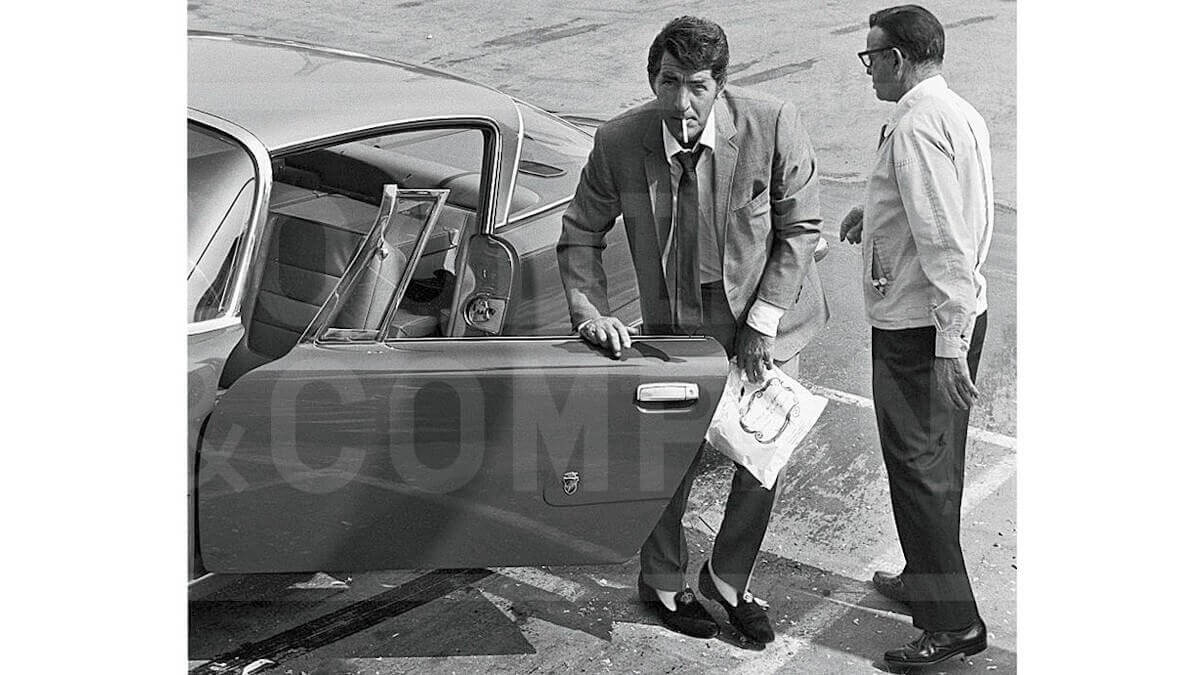 The Ghia L6.4 was designed as a luxurious travel Coupé with a length of 5.33 meters. Due to the still close relations to Chrysler, Ghia received a V8 engine with 6.3 liters displacement as drive, which according to the data sheet developed 340 SAE-PS. These were transferred to the rear axle via a three-speed Torque-Flite automatic transmission. A top speed of more than 225 kph (140 mph) was promised. In contrast to the Dual-Ghia, no existing chassis from the Chrysler group could be used for the new model. So an independent platform with chassis parts from Chrysler was created. At the front double wishbones are mounted on torsion springs, at the rear the drive axle is supported by semi-elliptical leaf springs. Both the steering and brakes received power assistance. Other standard equipment included a car radio, tinted windows, a rev counter, heating for the rear area and leather upholstery to match the chosen body color. Optional extras included a tailor-made five-piece luggage set and air conditioning.

Originally, the Ghia L6.4 had round headlights. However, at the request of some respective owners, a few examples were individualized by George Barris, who ran a well-known customizing business in California. Also the vehicle shown by us with chassis number 0325 shows such changes, although not all that have once been done. Barris installed oval headlights, a wooden dashboard, a luggage compartment between the seats and a gun holder under the driver’s seat. In addition, the Ghia was repainted from the original dark green metallic to bronze metallic on behalf of its first owner Dean Martin, a member of the famous Rat Pack. Martin had bought the car in 1967 from the Ghia dealer in Beverly Hills as one of the last new cars available. He resold the L6.4 in 1972 to stand-up comedian Gary Morton. Four more owners followed, including the Blackhawk Collection, before this Ghia ended up in a European car collection in 2009. Now the auction house Gooding & Company is offering the now black painted luxury Coupé during the Monterey Car Week, expecting between US$ 375,000 and US$ 450,000.