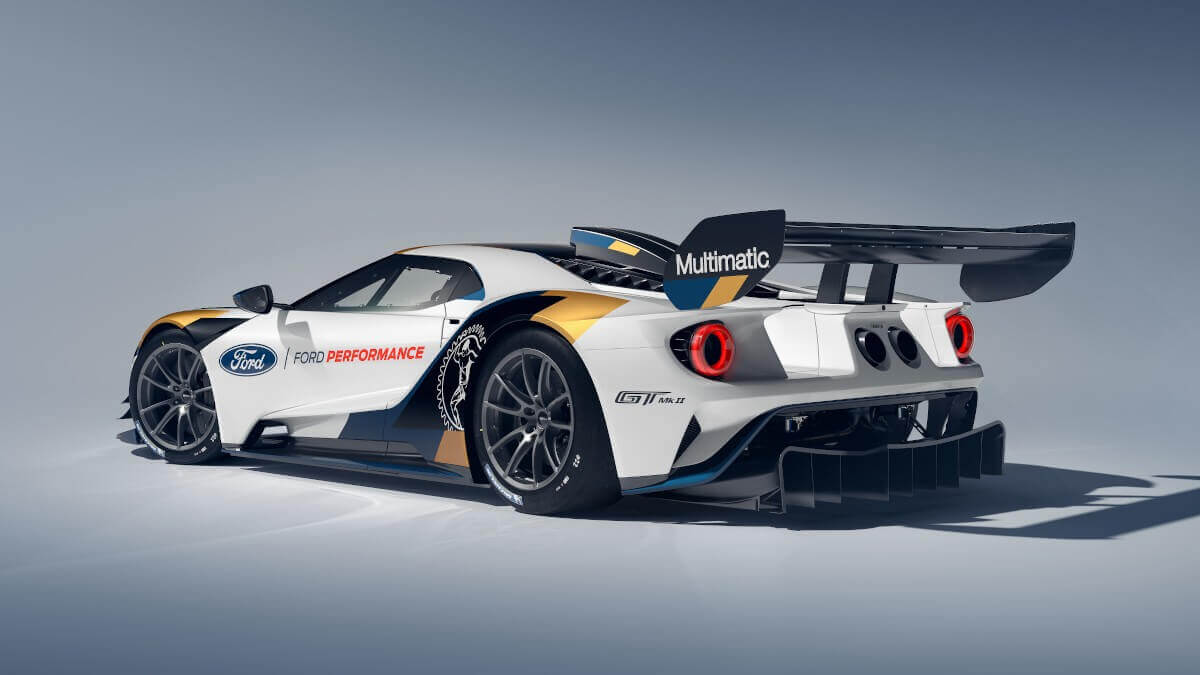 The close cooperation between Ford and the Canadian supplier Multimatic not only led to the production of the current supercar GT and its GTE offshoot for the FIA World Endurance Championship (WEC), but also to a strictly limited trackday vehicle for private customers. This new GT Mk II made its global debut at the Goodwood Festival of Speed last weekend. It is a non-street legal car, which isn’t homologated for any race series either. Instead, it should serve solvent customers as a powerful toy at private racetrack events. Similar concepts have been shown in the past by Pagani with the Zonda R, Maserati with the MC12 Corsa or McLaren with the P1 GTR and the upcoming Senna GTR.

Behind the driver and the optional co-driver in their Sparco bucket seats with six-point harnesses remains the 3.5-liter V6 twin-turbo engine. However, due to the lack of homologations, this engine is allowed to breathe freely of any air restrictors that have to be installed in the GTE variant due to regulations. Thus, the pilot of the Mk II has about 700 hp under his right foot, which is about 200 more than in the factory racecar. This power passes through the well-known seven-speed dual-clutch gearbox with a new calibration to the rear wheels. Larry Holt, Chief Technical Officer at Multimatic, said on the GT Mk II: “The true off-the-hook performance capability of the GT hasn’t yet been fully showcased. The road car is obviously limited by the many global homologation requirements that it must comply with, and the race car suffers from the restriction of the dreaded Balance of Performance, resulting in it being 150 horsepower down to the road car. The Mk II answers the regularly asked question of how would the car perform with all the limitations lifted: the answer is spectacularly.” 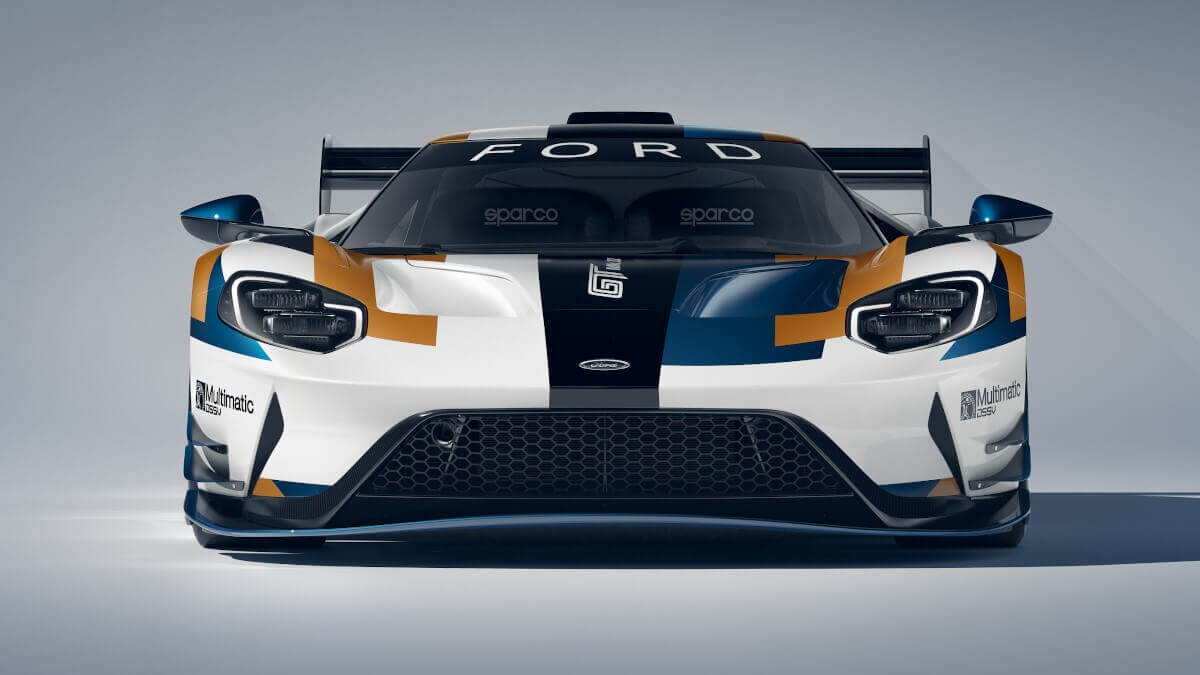 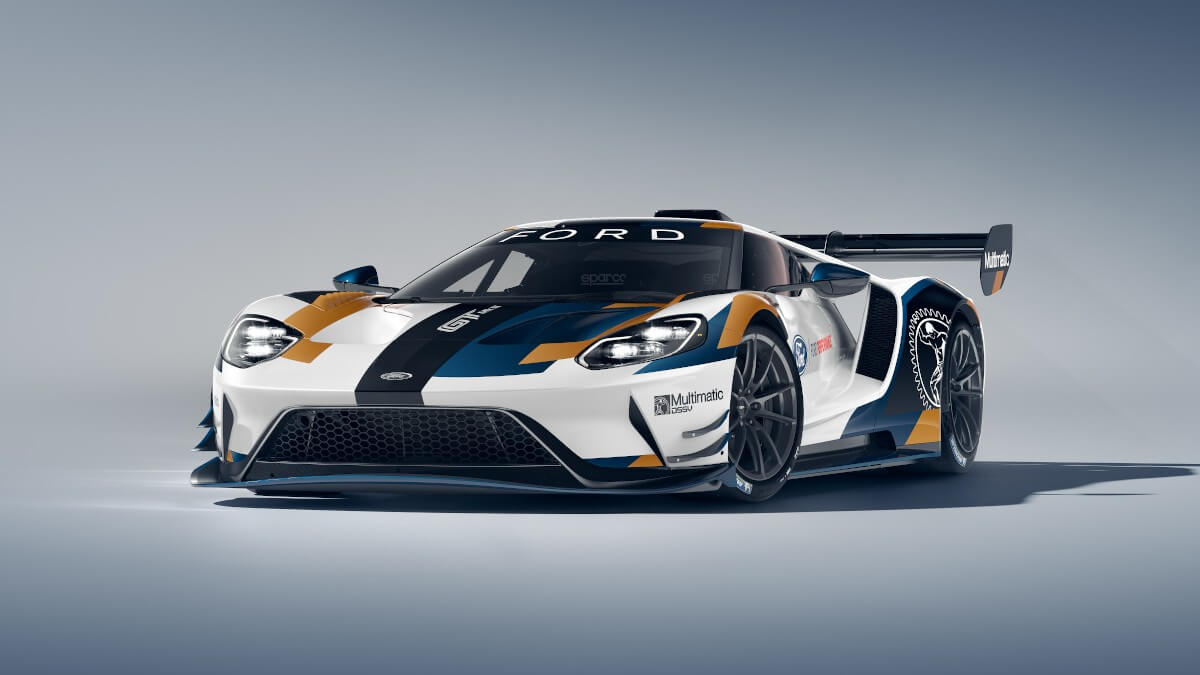 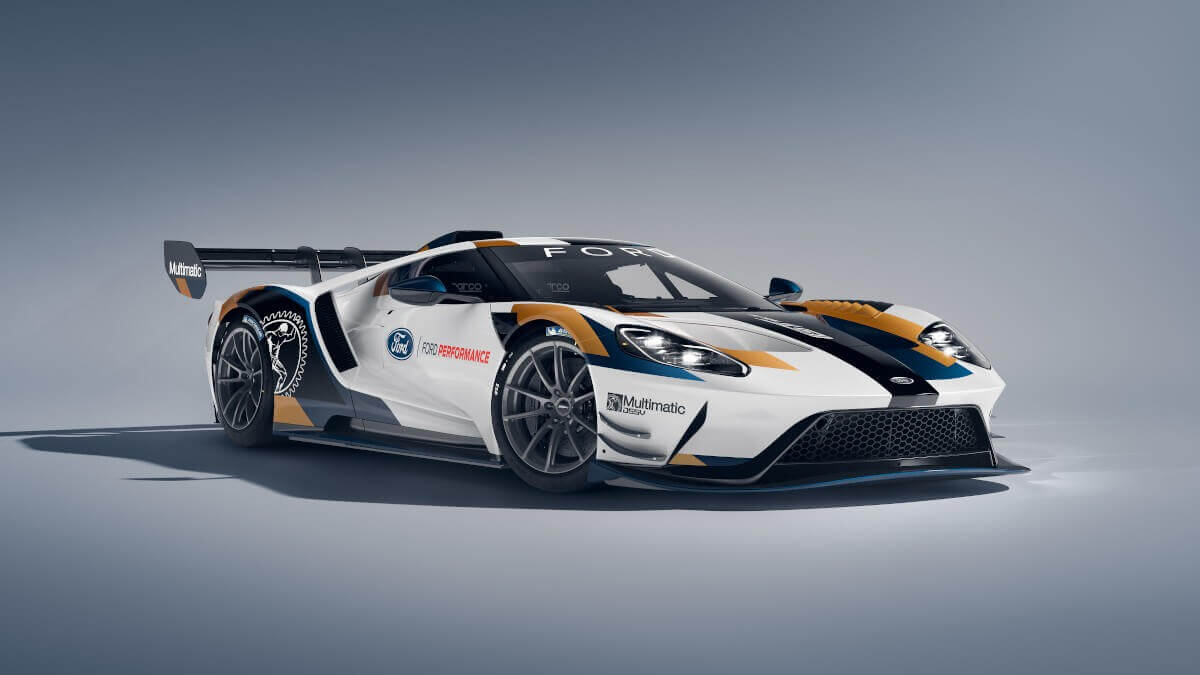 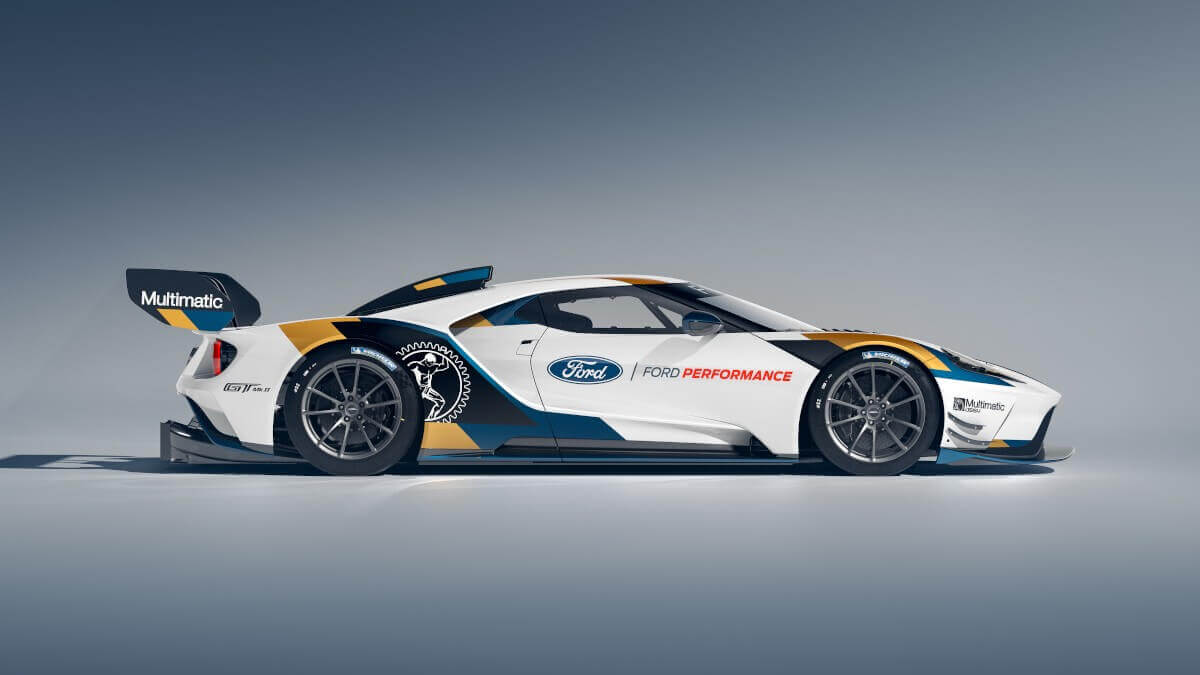 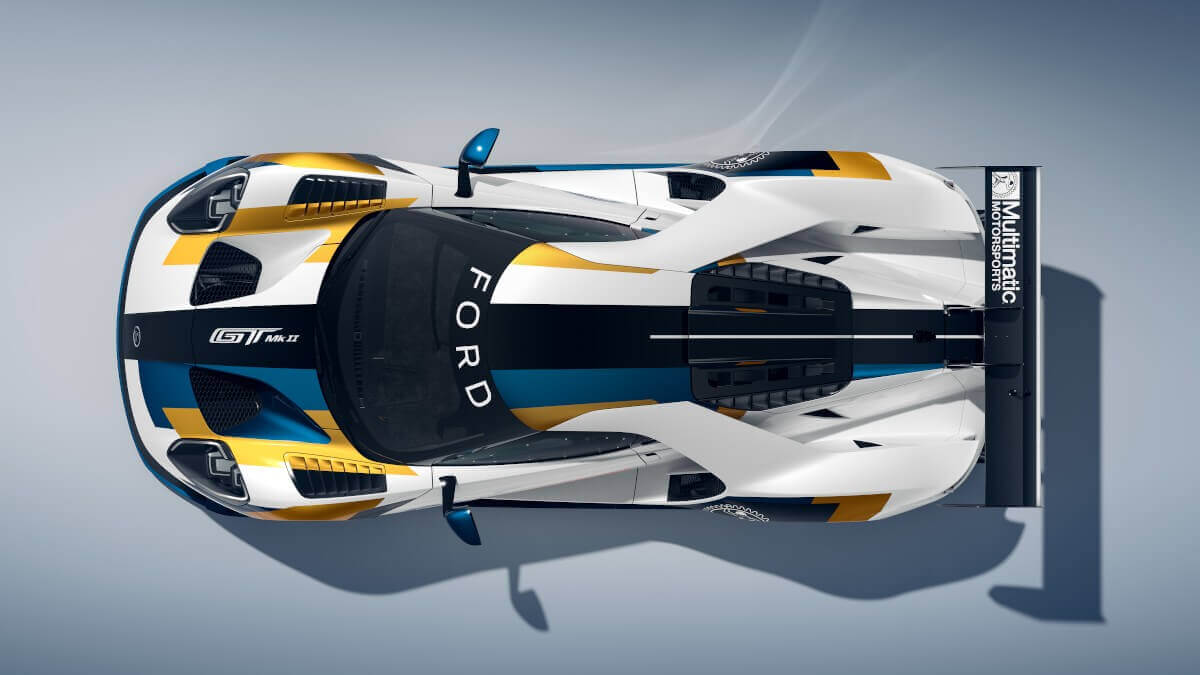 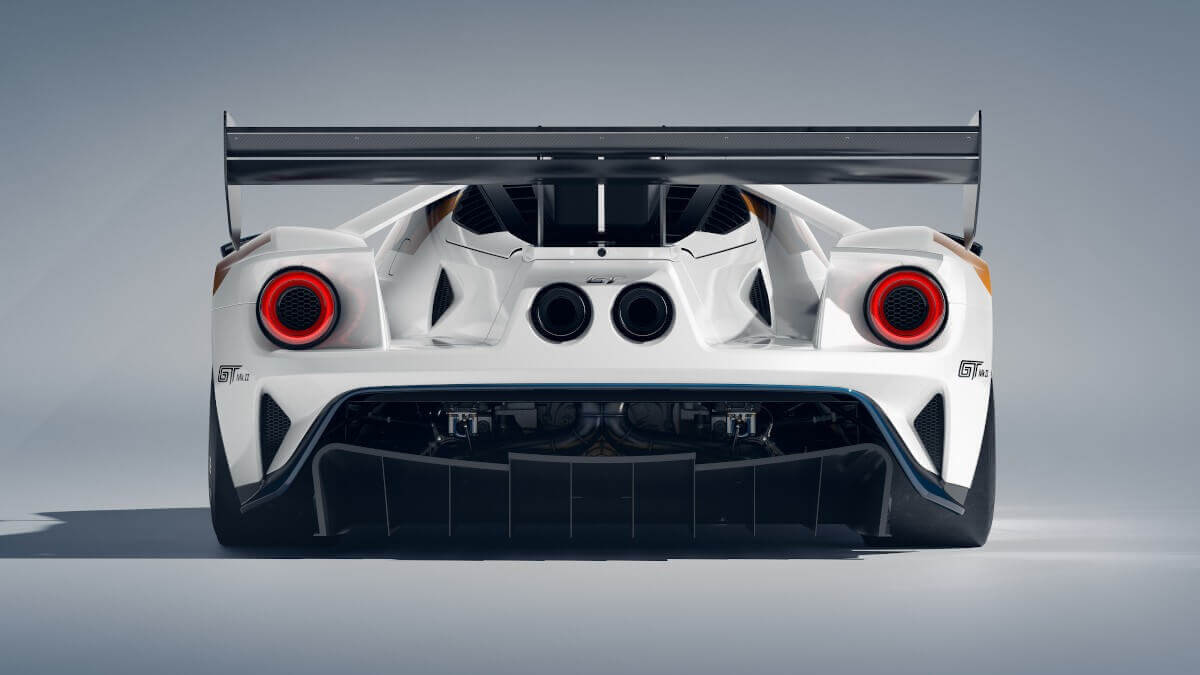 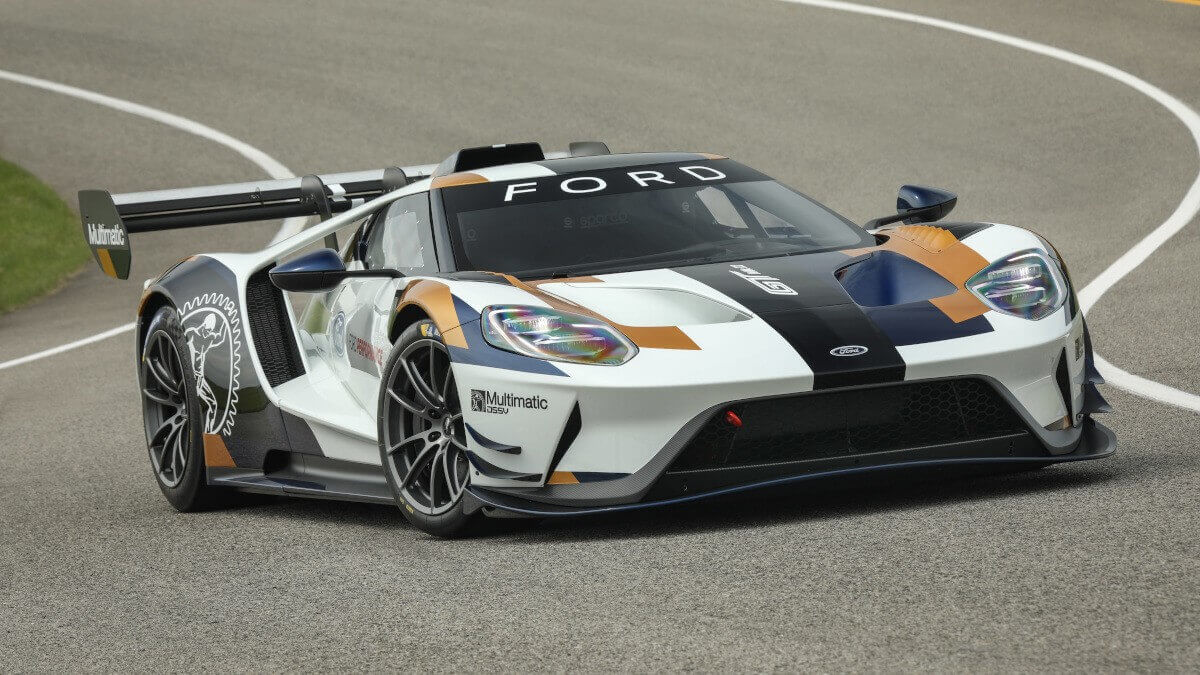 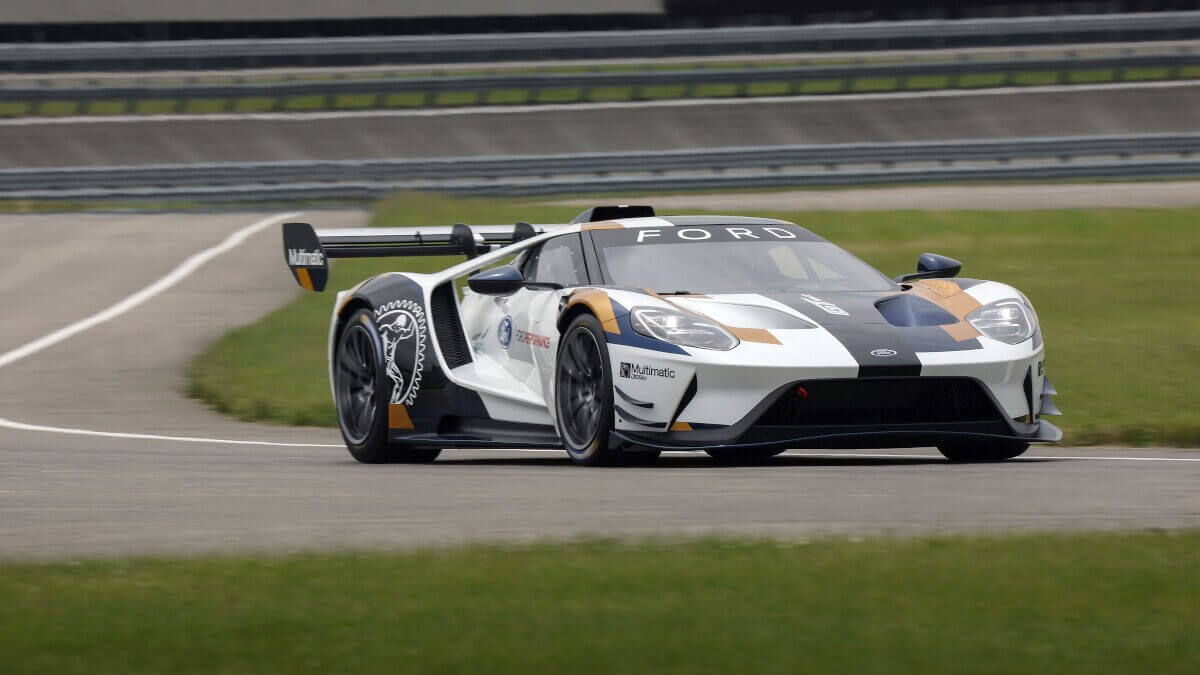 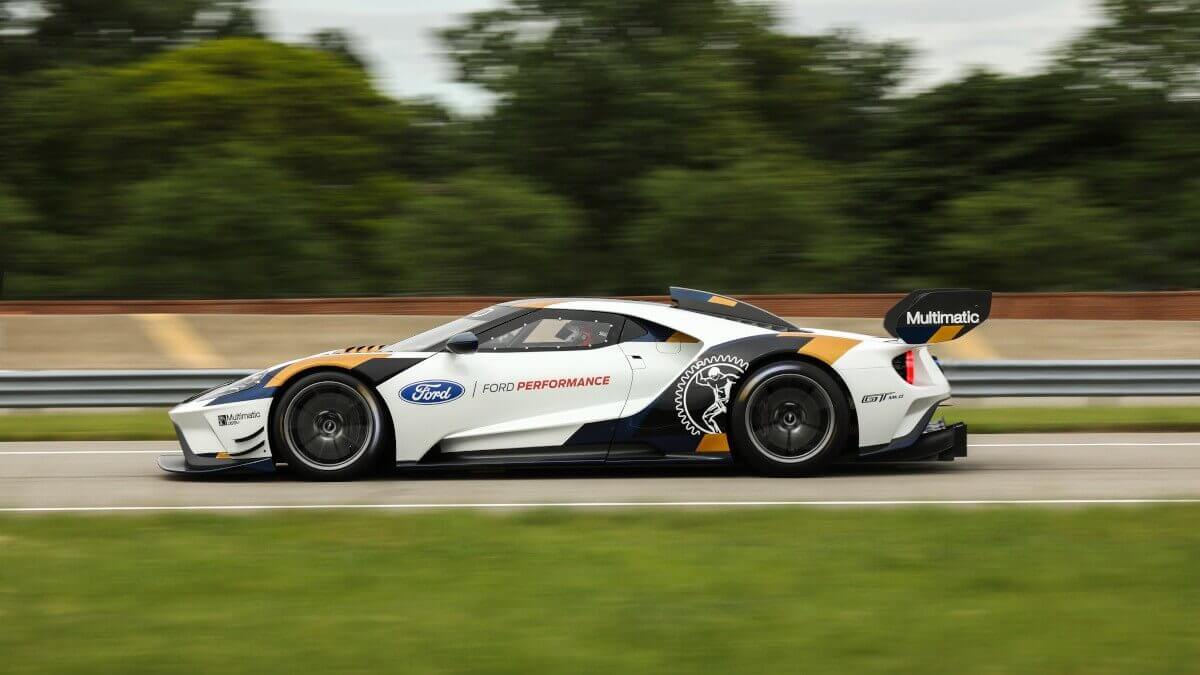 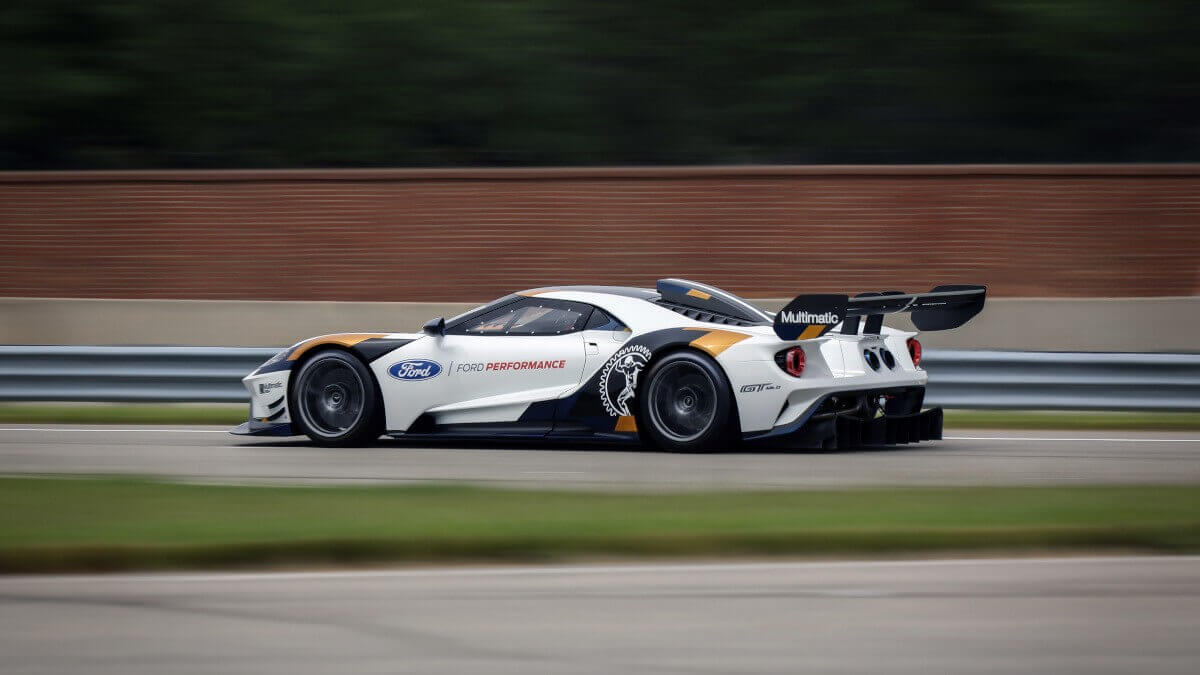 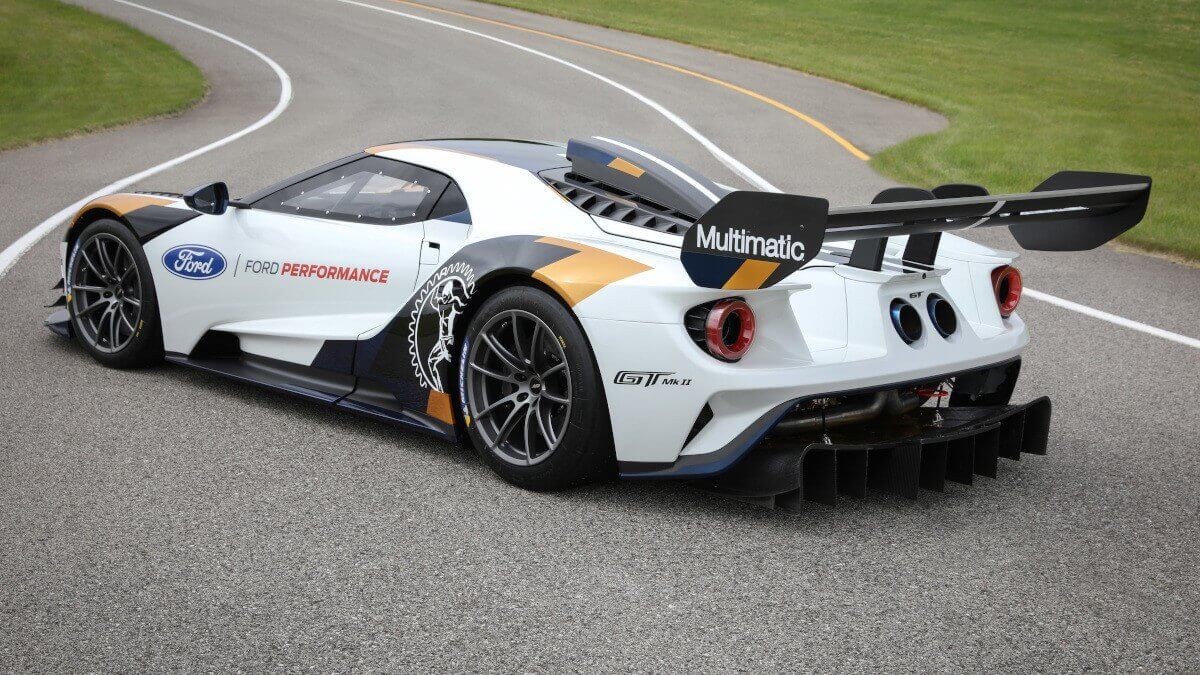 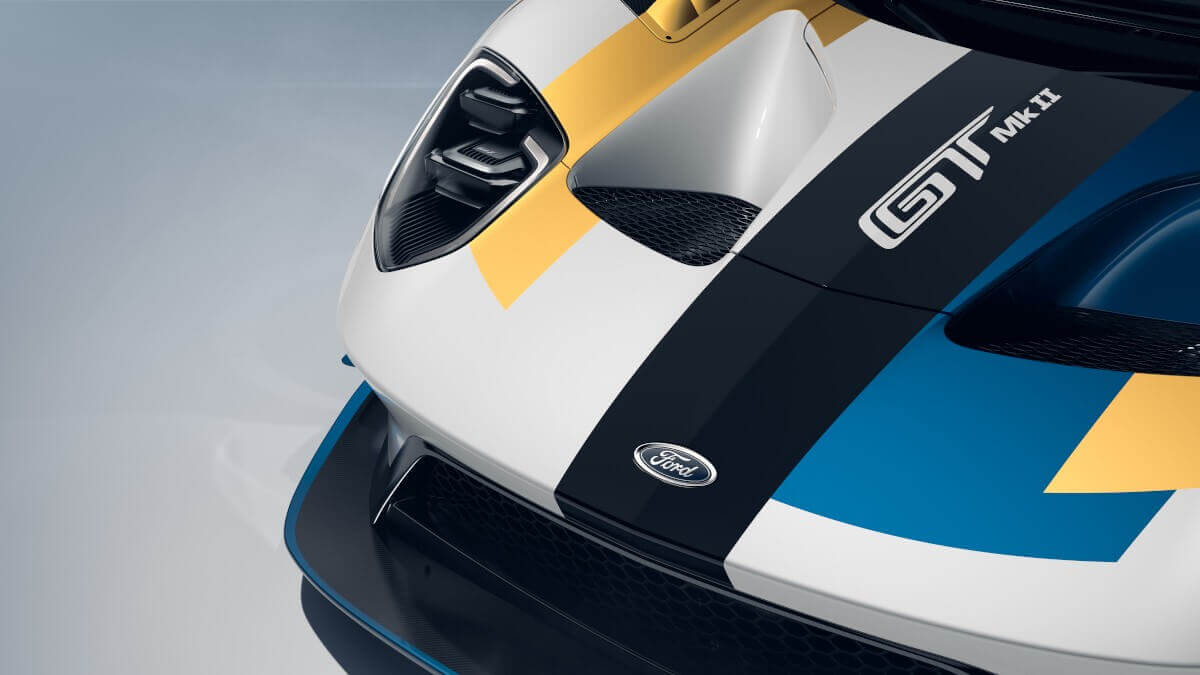 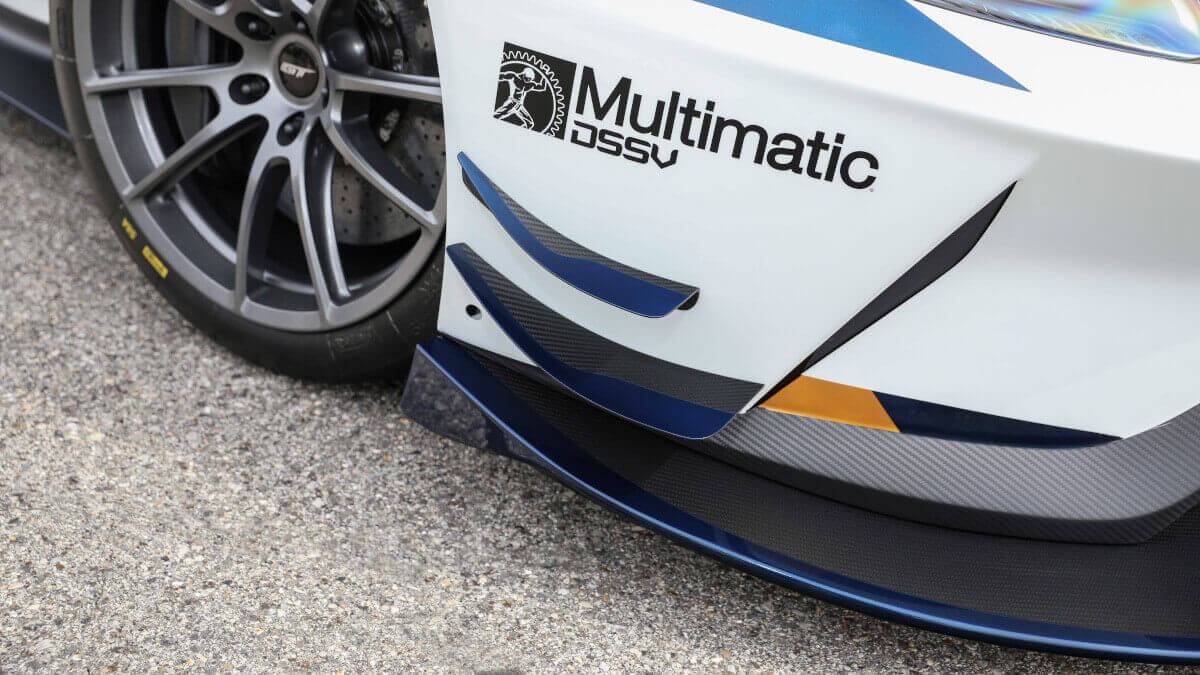 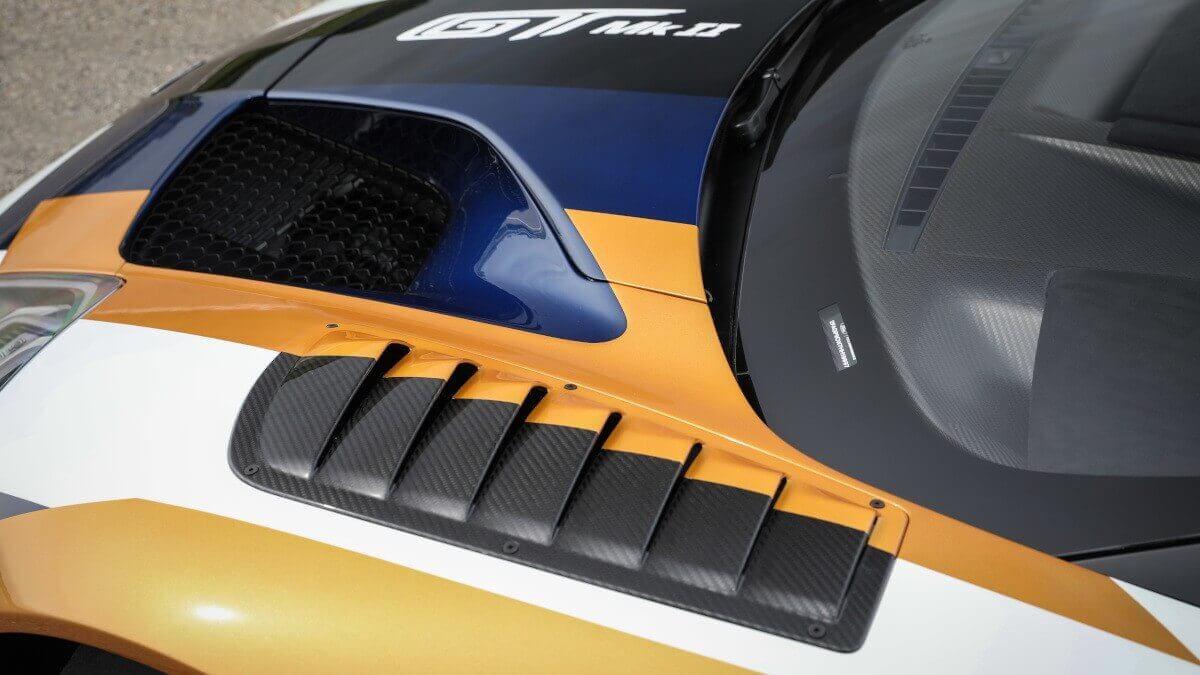 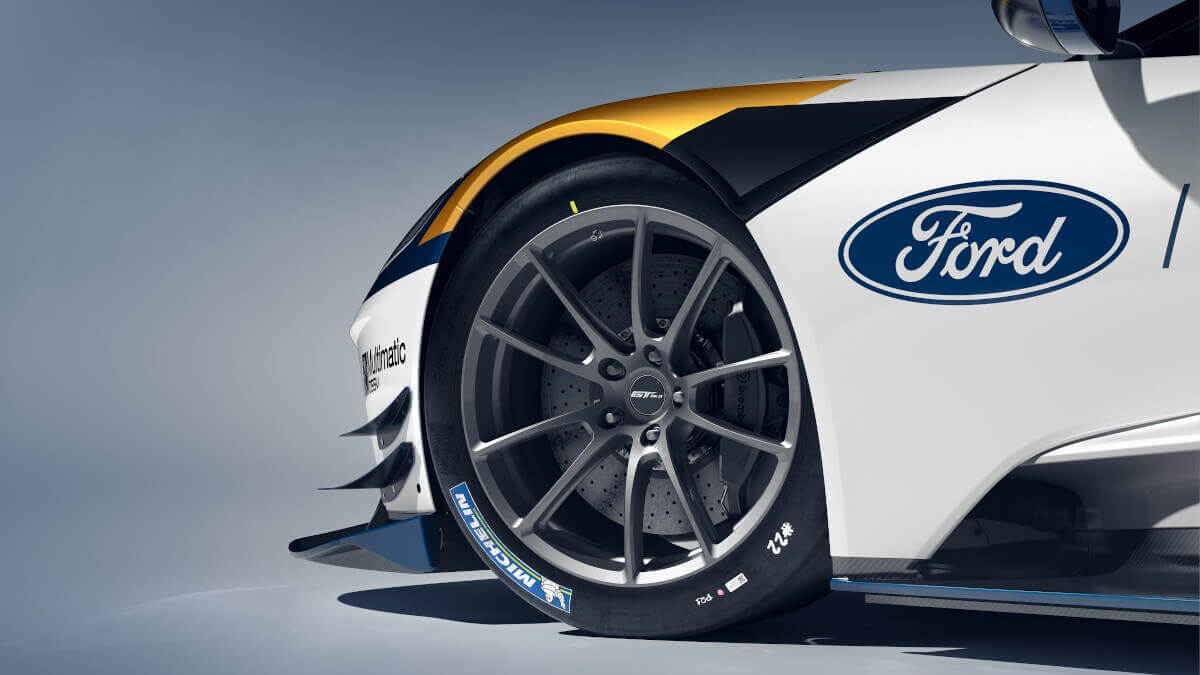 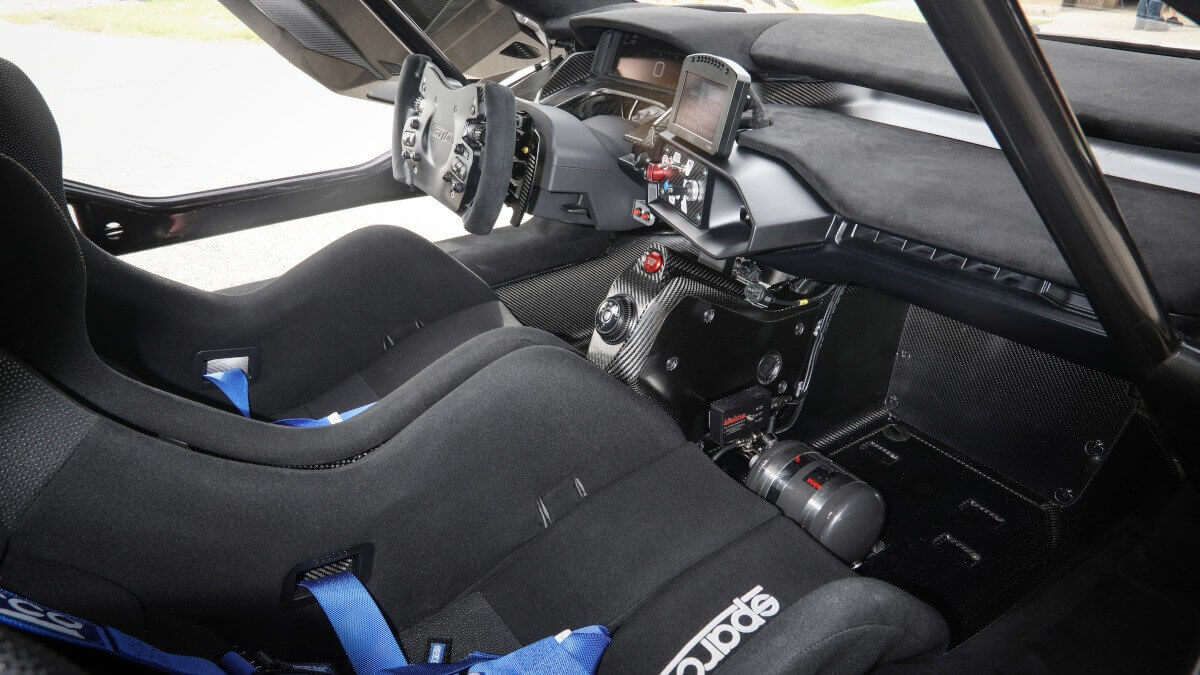 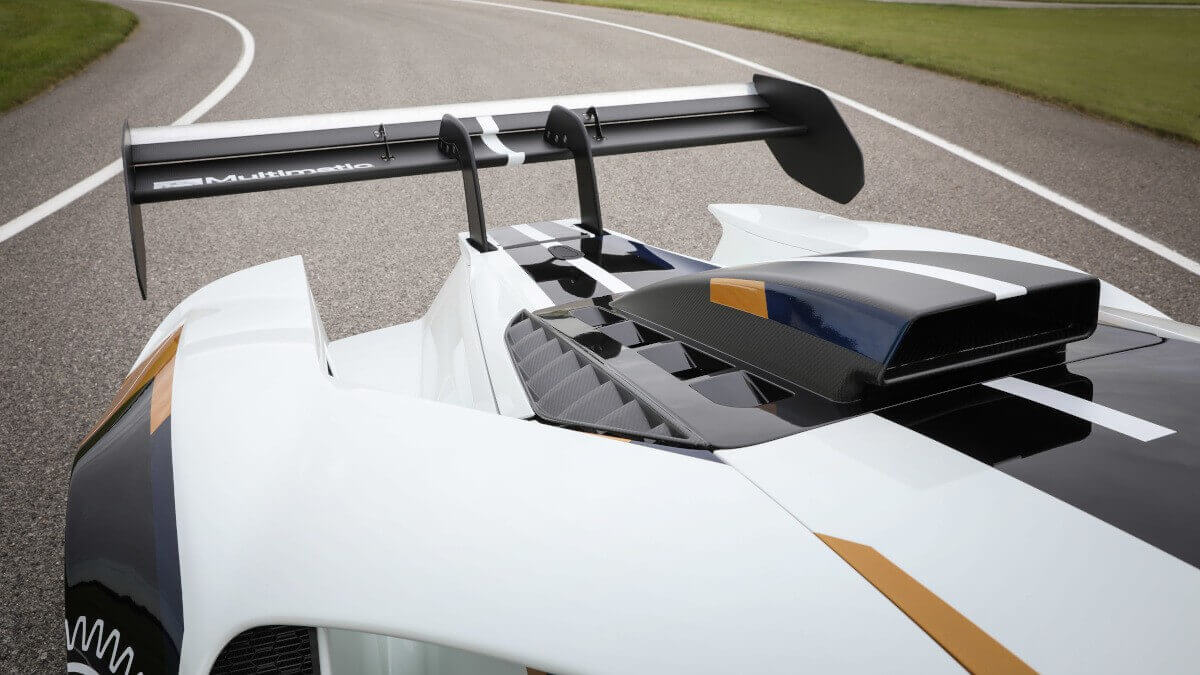 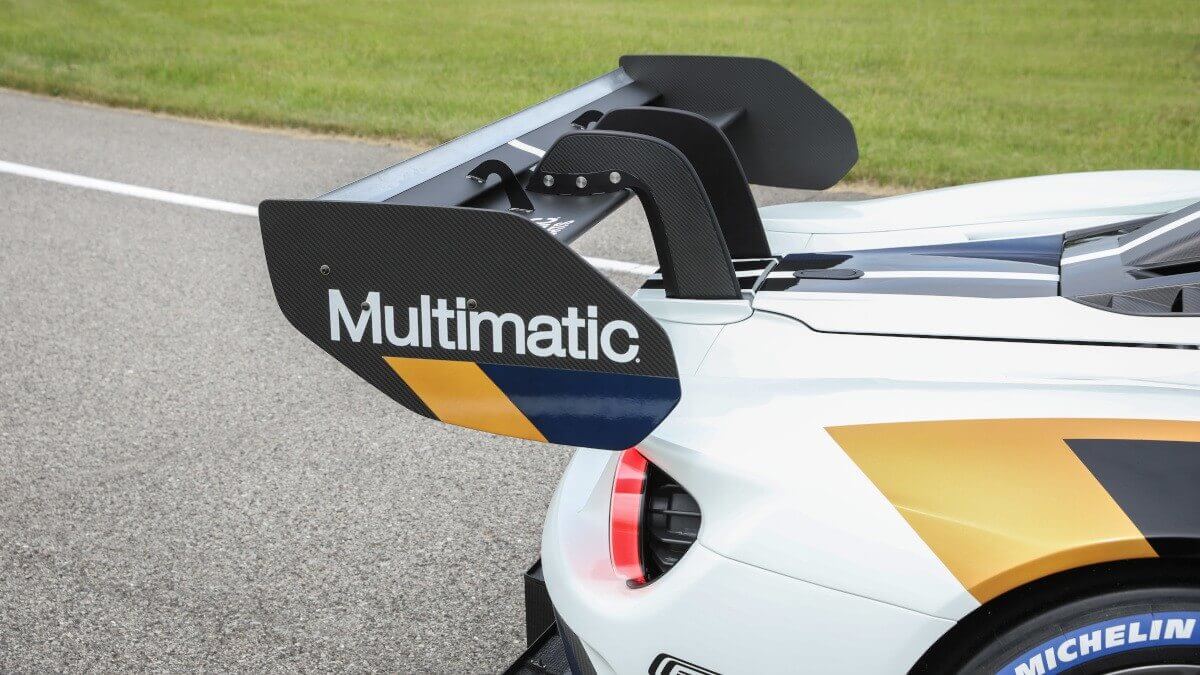 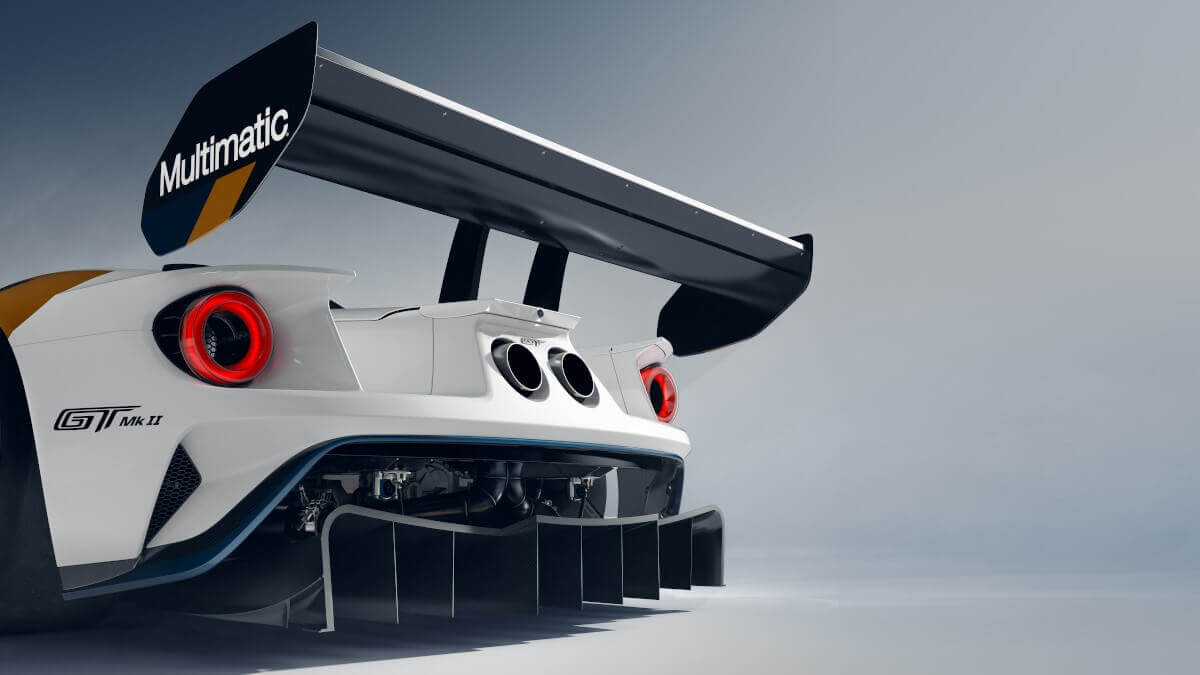 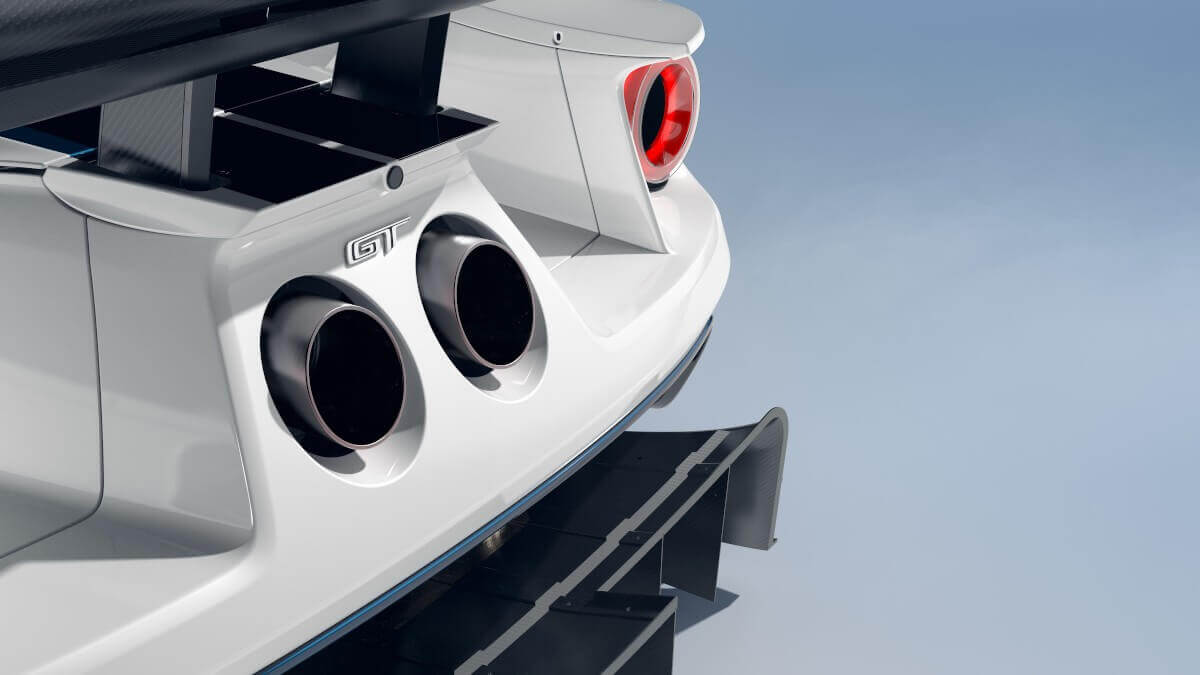 Similar to the GTE racecar, the production of the GT Mk II begins on the normal production line at Multimatic, before the chassis is taken to a separate facility for the motorsport vehicles, where it is completed. In contrast to the successful WEC car, the trackday tool gets an even wider rear wing, which also delivers more downforce. In keeping with this, a larger front spoiler was developed along with new side dive boards on the bumper and modified air outlets over the wheel arches. Compared to the road car, 400 percent more downforce is available at topspeed, depending on the wing setting, allowing the GT Mk II to achieve up to 2 g of lateral acceleration in corners. At the latter point, of course, the wide Michelin Pilot Sport slick tires also have a share. The carbon fiber brakes with Brembo calipers inherited from the road car can even outbid the braking power of the racecar.

The usual driving modes and the height-adjustable suspension of the road car aren’t available on the GT Mk II. Instead, there is a five-way adjustable, fixed-height racing suspension, for which the rich experience gained in the GTE category of WEC and IMSA WeatherTech SportsCar Championship in North America since 2016 was used. Compared with the road-legal GT, this new setup alone saved about 90 kilograms of weight. On the roof there is a new air scoop, which flows fresh air to an air-to-air cooler with water injection as well as to the intake system and to the coolers for clutch and gearbox. All in all, Multimatic will only produce 45 copies of the Ford GT Mk II. Interested collectors must pay at least 1.2 million US dollars in order to get one of those cars into their garage.