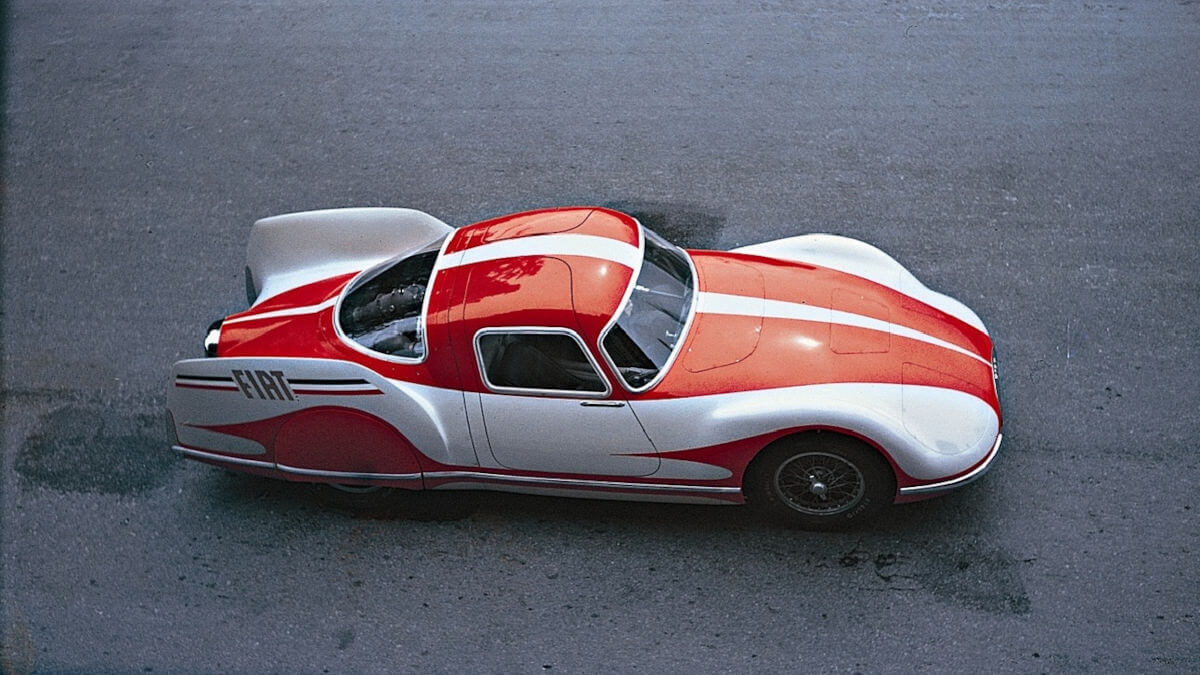 Nowadays, the whole world is talking about electric cars. E-fuels or hydrogen come into play as alternatives. However, some observers tend to forget that in all decades of automotive engineering, thought was given to other drive systems in addition to those in widespread use. In the period after World War 2, for example, some automakers were intensively involved with turbine drives. The idea stemmed from the then new aircraft with jet engines that had emerged during the war. Among the technicians involved and interested was Dante Giacosa, Fiat’s technical director. He began initial work on a car with this type of engine in the late 1940s. In fact, the Fiat Group already had experience in the gas turbine sector through its aviation department. However, their use in automobiles was still completely unexplored.

Giacosa and his team realized relatively quickly that the turbines available on the market from the aviation industry were unsuitable for cars. Their dimensions were too large and they weighed too much. Together with his designers Vittorio Bellicardi and Oscar Montabone, Giacosa therefore developed a new, smaller gas turbine. It had three combustion chambers and a two-stage compressor. Aircraft kerosene was envisaged as the fuel. At 22,000 rpm, around 300 hp was to be available. For the early 1950s, this was a remarkable performance figure. To show off the new drive technology in the best possible light, a beautiful sports car was created. The turbine was located directly behind the cockpit, which was designed for two people. Like a fighter jet, its exhaust gases flowed into a large central exhaust pipe. The rear fenders were adorned with tail fins typical of the era. 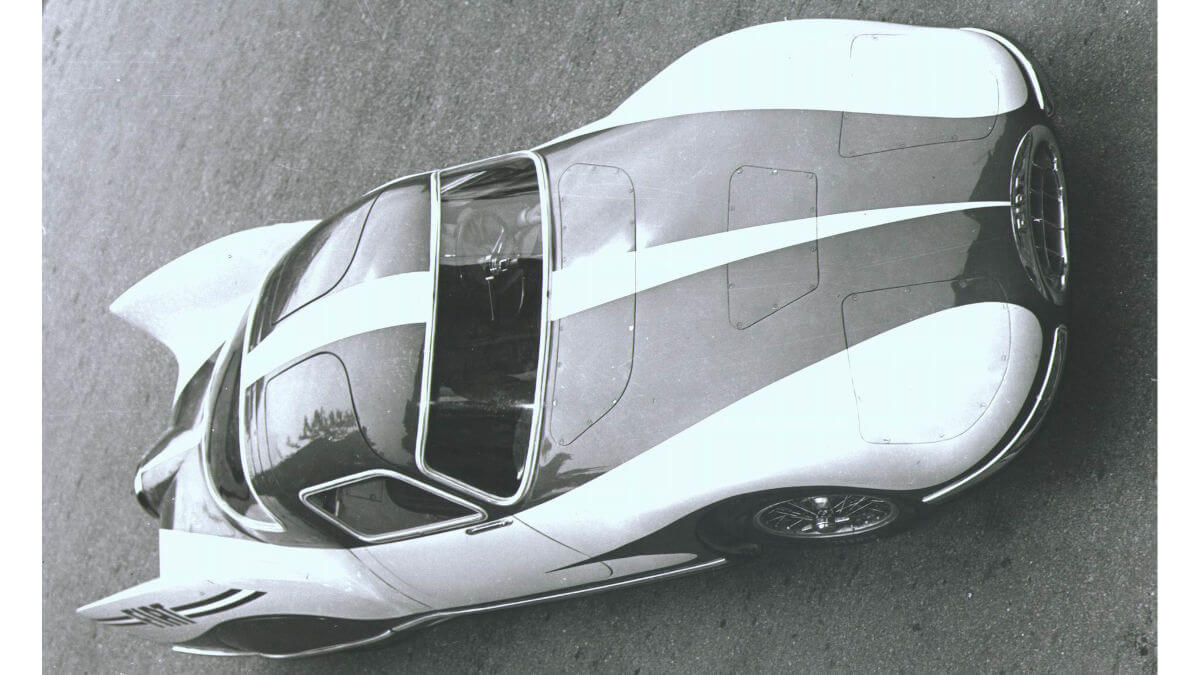 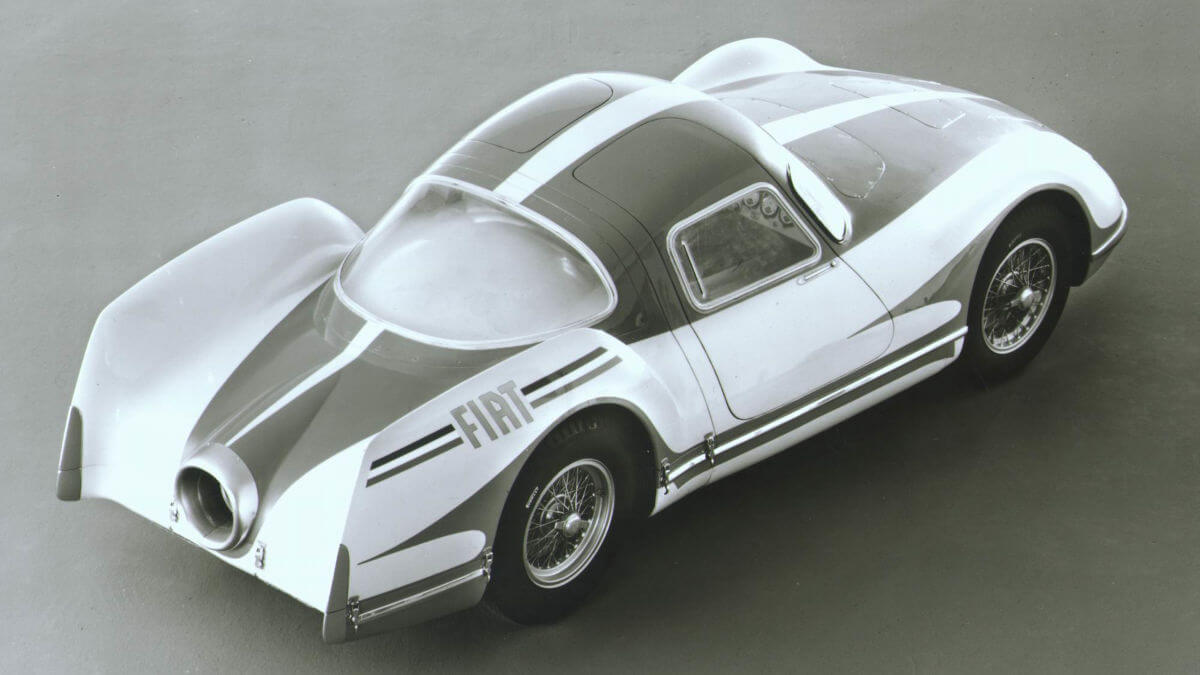 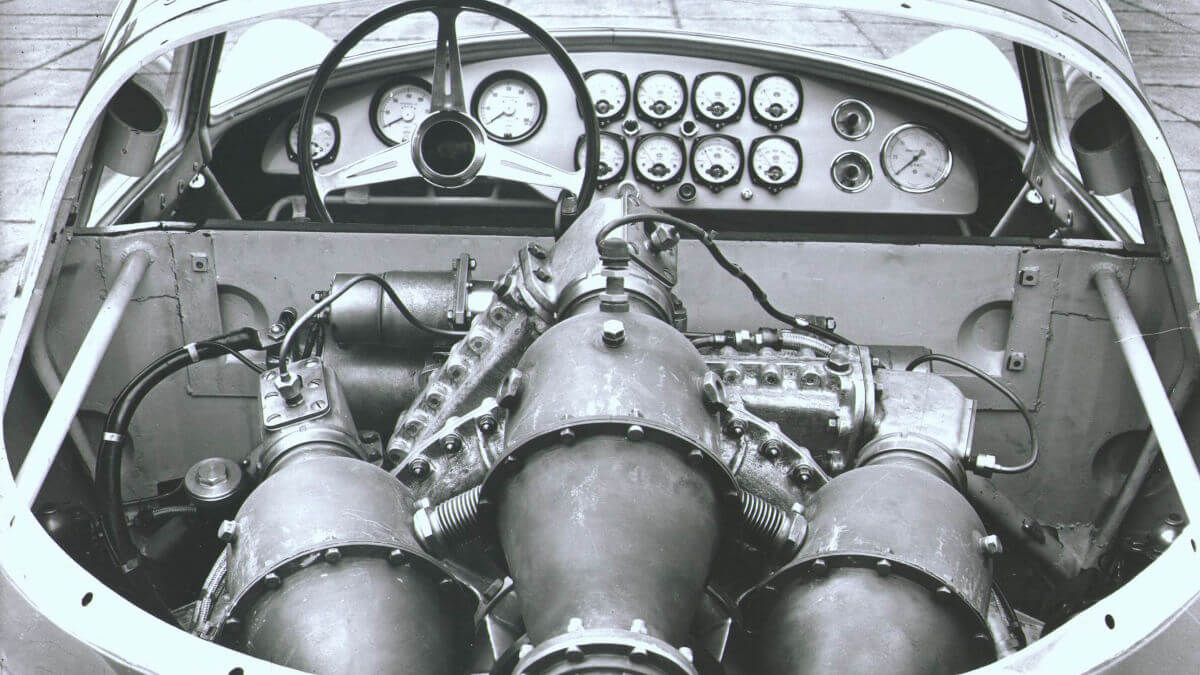 Otherwise, the rounded body design fits in perfectly with the era. It was created in cooperation with the Politecnico di Torino in the wind tunnel. A 1:5 scale model achieved a drag coefficient of just 0.14. The Fiat Turbina made its debut on April 14, 1954, during a test drive on the roof of the Fiat factory in Lingotto. Nine days later, Fiat showed the car to the public for the first time at Turin-Caselle airport before it was on display at the Turin Motor Show. Subsequently, various test drives took place. These revealed very high fuel consumption and overheating problems on the turbine. Fiat therefore soon discontinued the project. Today, the Fiat Turbina is a driveless exhibit in the Museo Nazionale dell’Automobile in Turin. The original type 8001 turbine is part of the collection of the Centro Storico Fiat.