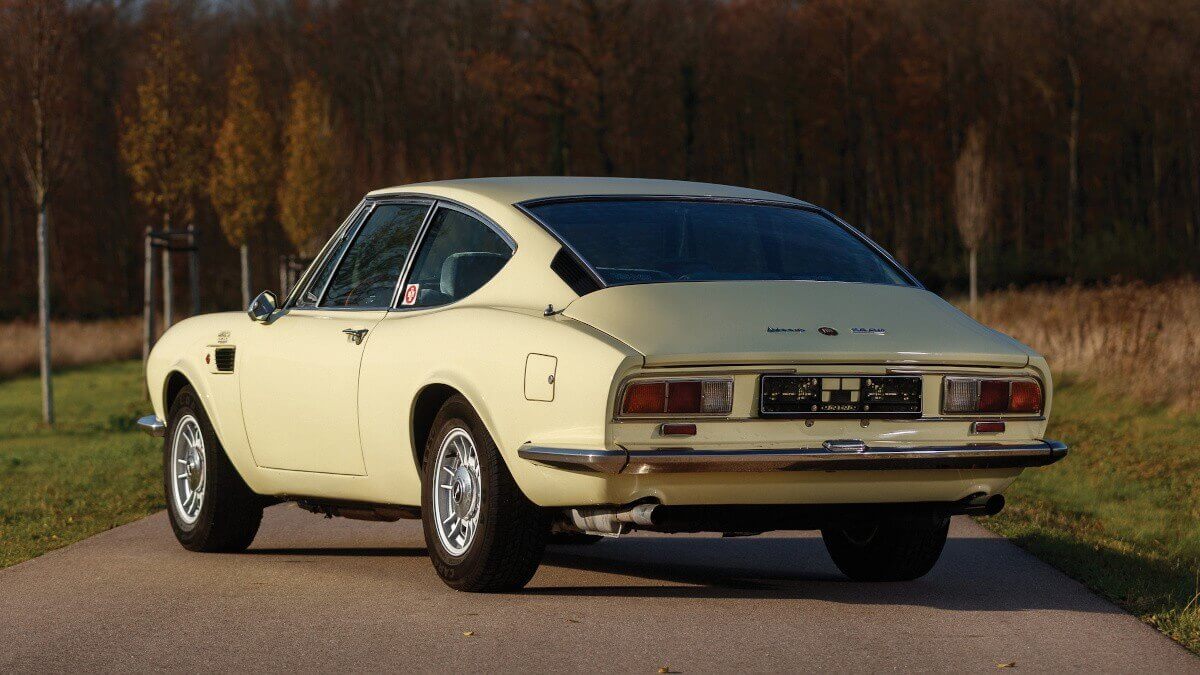 Enzo Ferrari is still known worldwide as the founder of an extremely successful sports car brand. However, only connoisseurs of the brand’s history know that he lost a son to muscular dystrophy in 1956. Alfredo Ferrari was born in Modena in 1932 and soon received the nickname Dino, which was derived from the diminutive form of his first name: Alfredino. He studied engineering in Switzerland and, together with Vittorio Jano, the chief engineer at Ferrari, pursued in 1955 the development of a new V6 engine for use in racing cars. Dino was particularly attracted by the new 1.5-liter rules of Formula 2, and while Jano insisted on a cylinder bank angle of 60 degrees based on his previous experience with Lancia and Alfa Romeo, Dino Ferrari preferred 65 degrees. Final technical details were exchanged by him and Jano still on his deathbed, if the rumors and legends are true. Dino sadly did not live to see the premiere of the engine named after him. With an initial capacity of 1.5 liters, the V6 was for example used in the Ferrari 156 F2, which in 1957 took third place in the Naples Grand Prix behind two Lancia Formula 1 cars. Changes to the regulations resultes in offshoots of this engine with up to three liters capacity, which were also used in sports car races. In addition, Ferrari had to prove a minimum number of produced engines for some racing classes.

In 1966, for example, Formula 2 received a new set of regulations for 1.6-liter engines, of which at least 500 units had to exist in production cars. Ferrari couldn’t produce this number of units within a very short time. Therefore the company joined forces with Fiat, where under the leadership of Aurelio Lampredi the racing engine became a unit ready for series production and for daily road traffic. For this purpose, the engine block was made of grey cast iron instead of aluminium, the camshaft chain drive was significantly simplified and the valve clearance adjustment was modified. The first Fiat model with this engine was the Dino Spider in spring 1966, which was presented on the birthday of company boss Giovanni Agnelli. Under the bonnet was a two-liter version, which still developed its 118 kW/160 hp from the original aluminium block and remained in the range until 1968. Up to that time there was only a rigid axle on leaf springs under the rear part of the car. From the beginning of 1967, the Coupé variant was added. In contrast to the Spider, which was designed by Pininfarina, the Coupé came from Bertone. 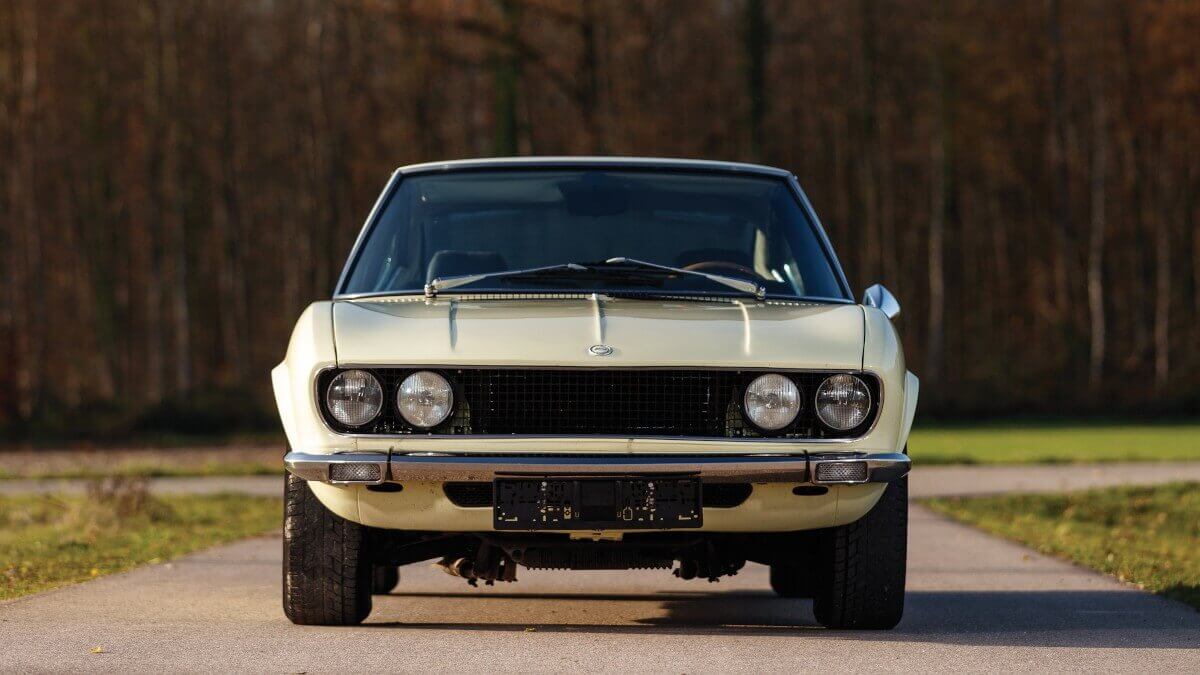 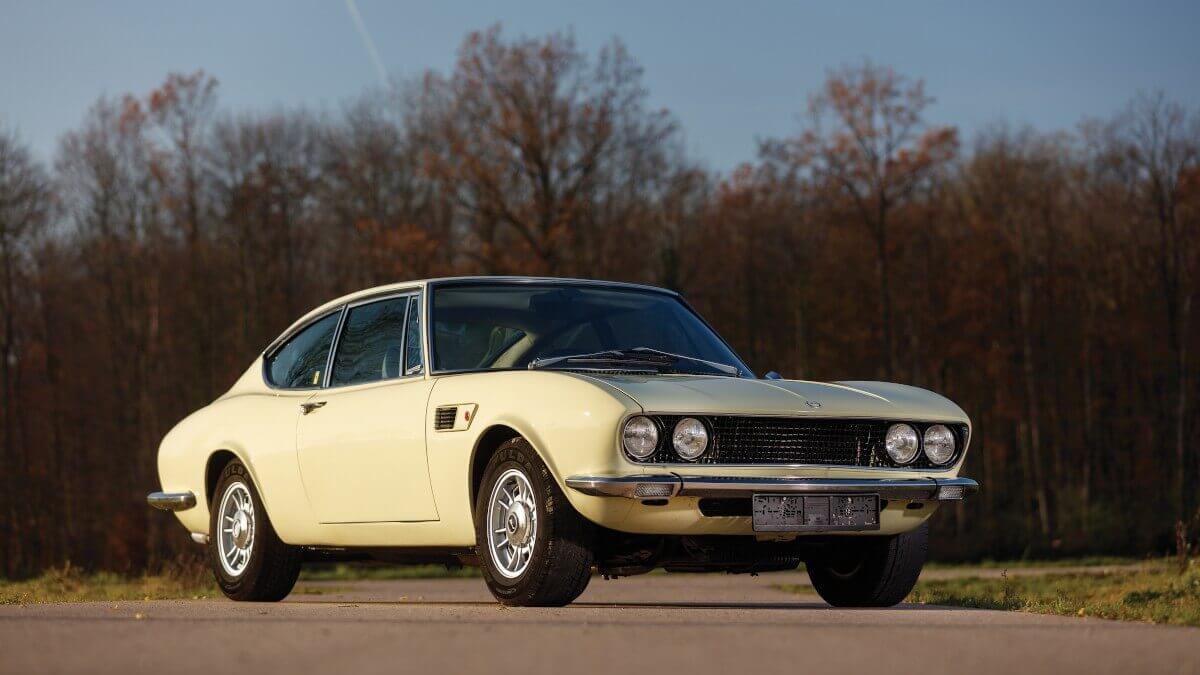 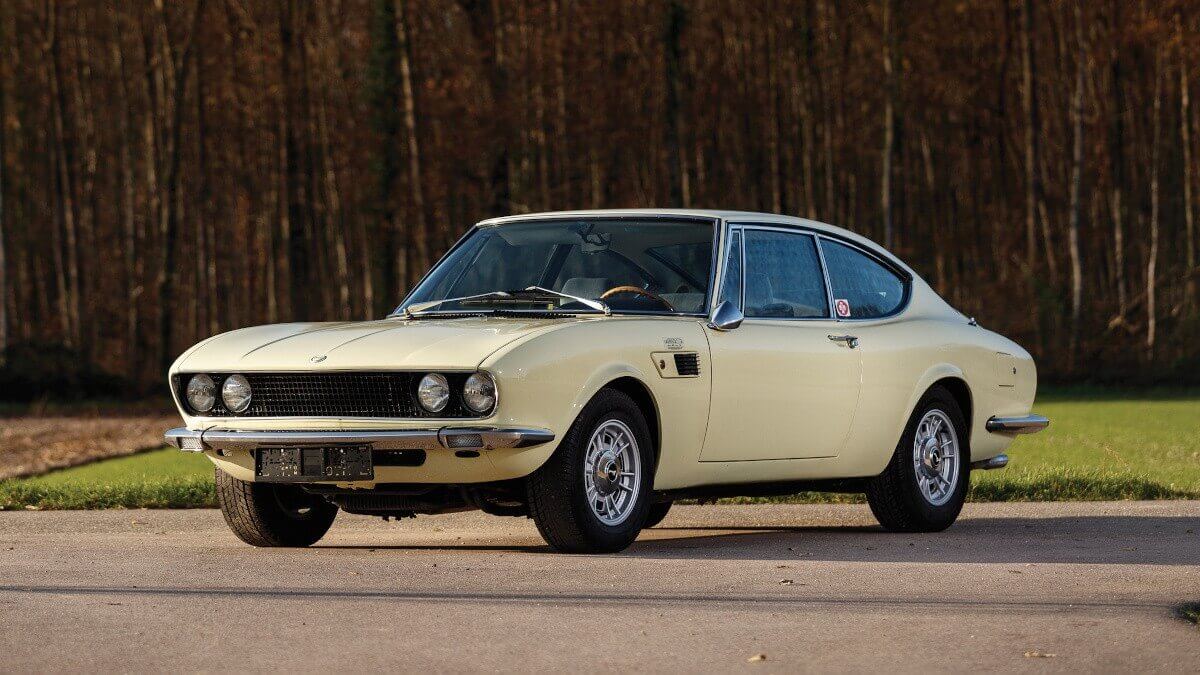 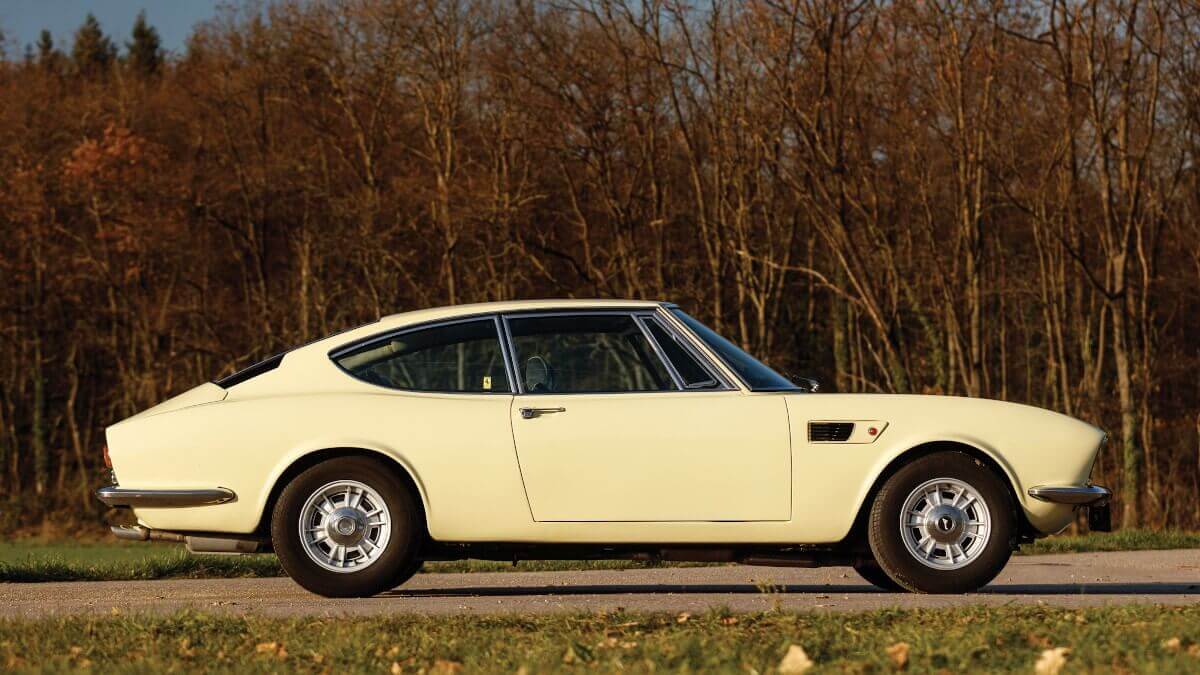 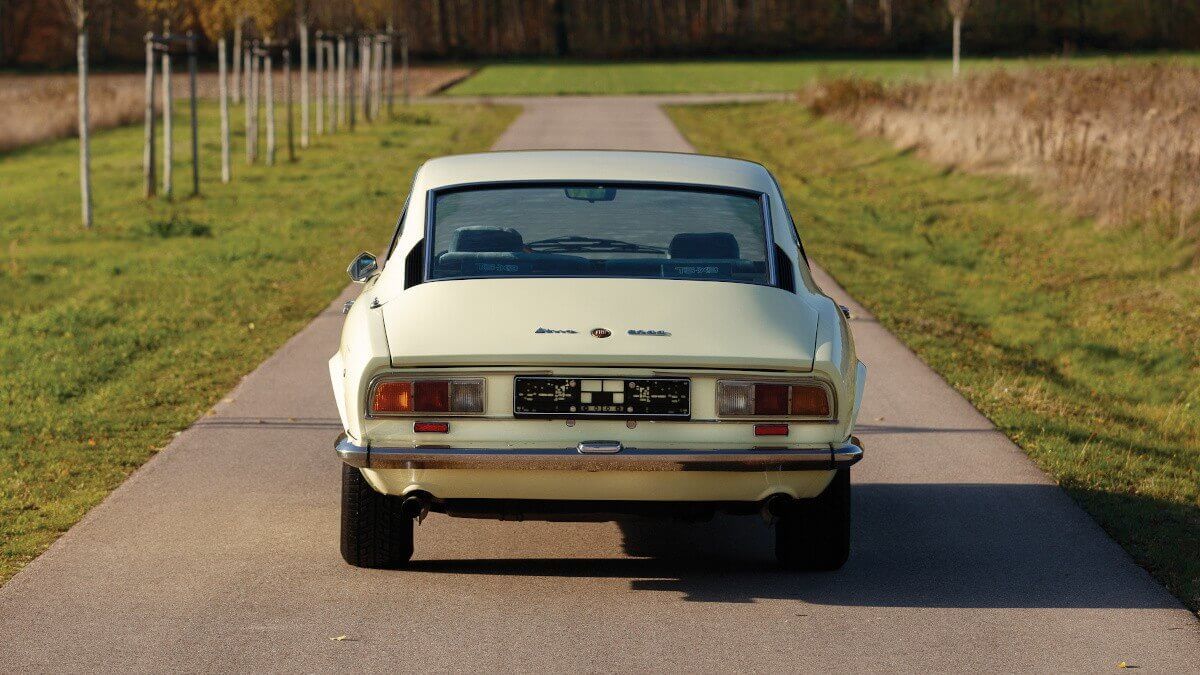 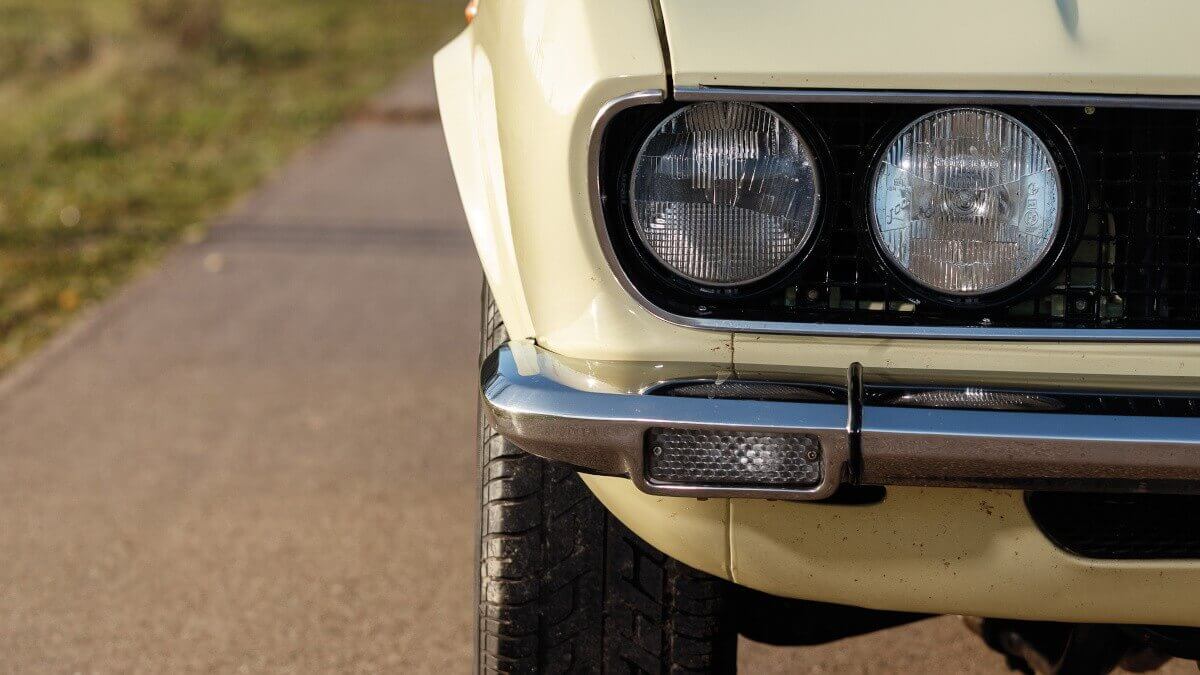 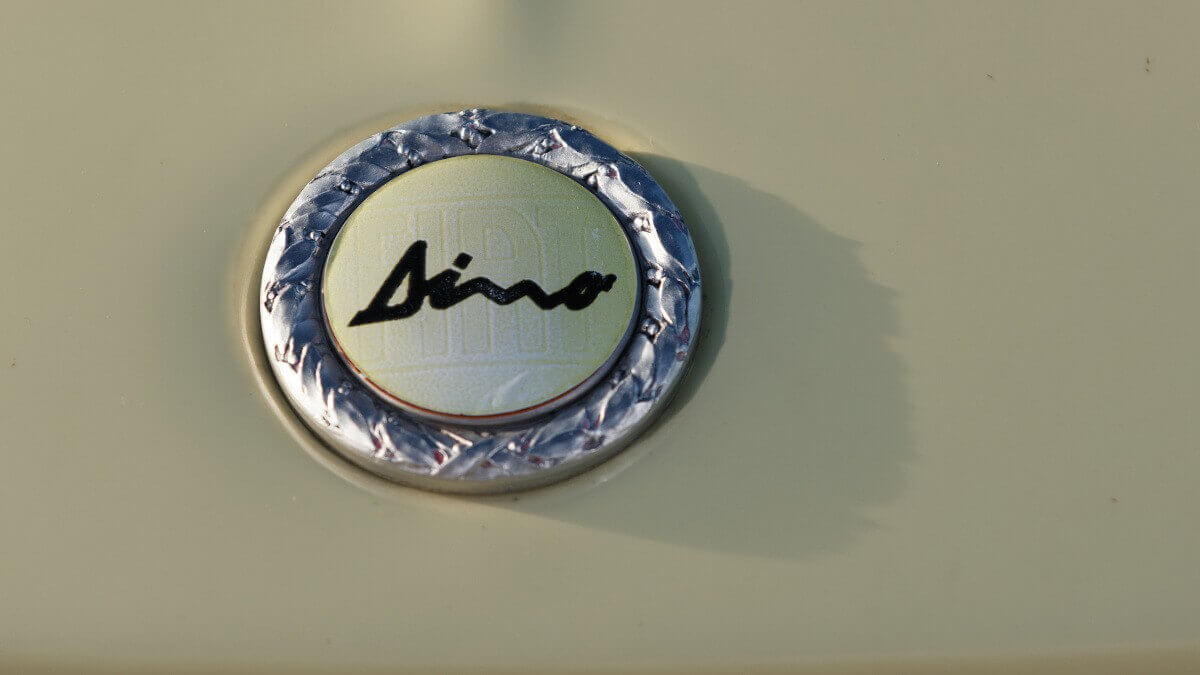 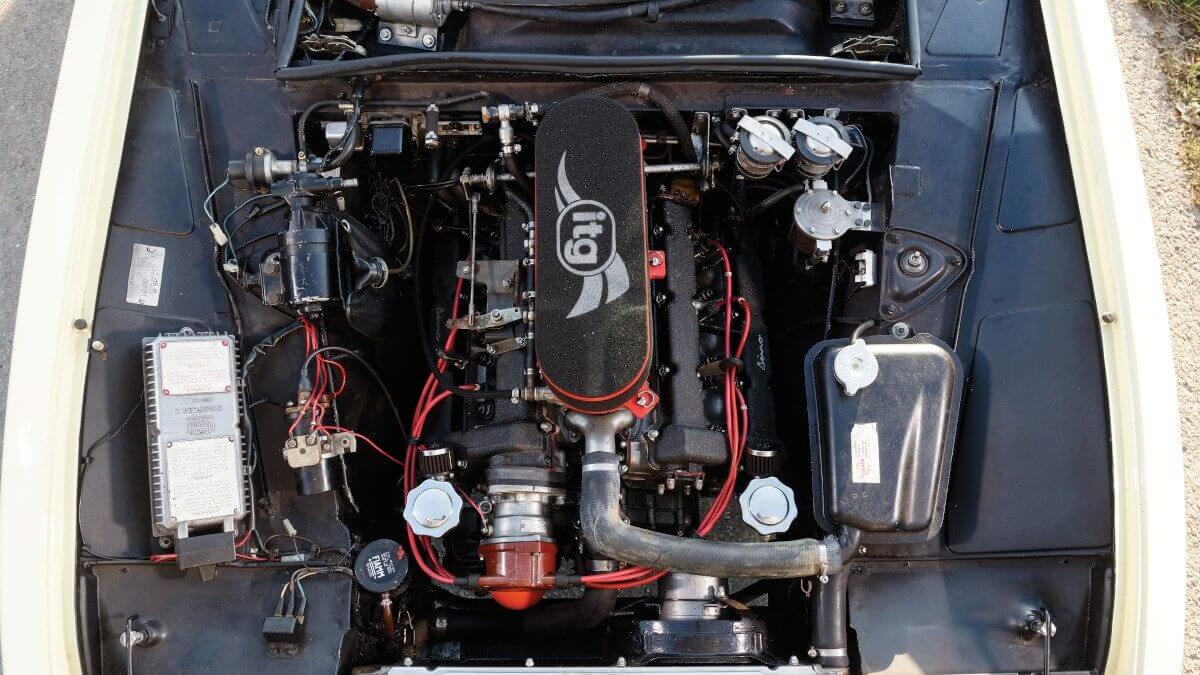 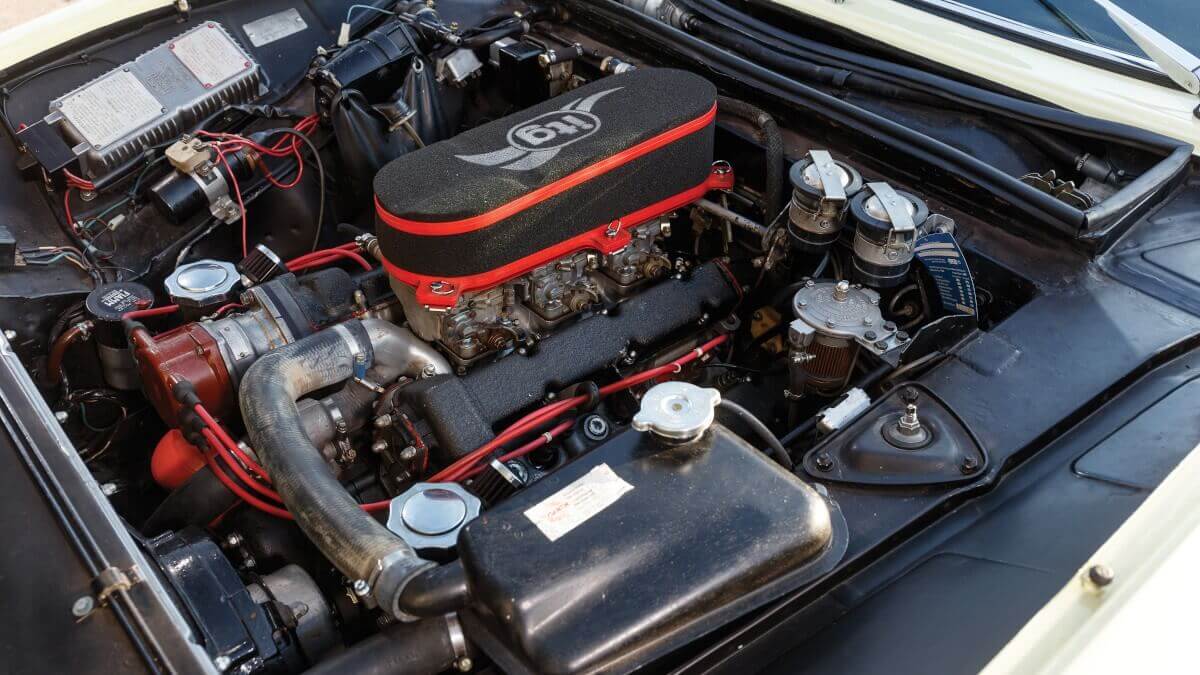 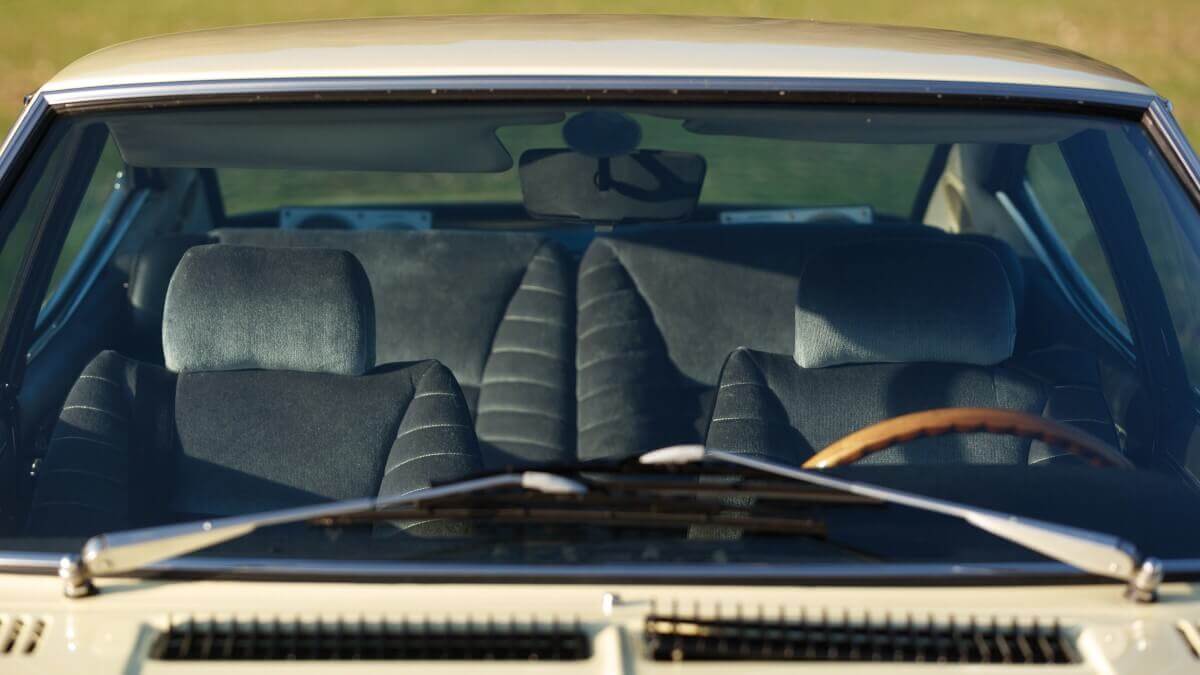 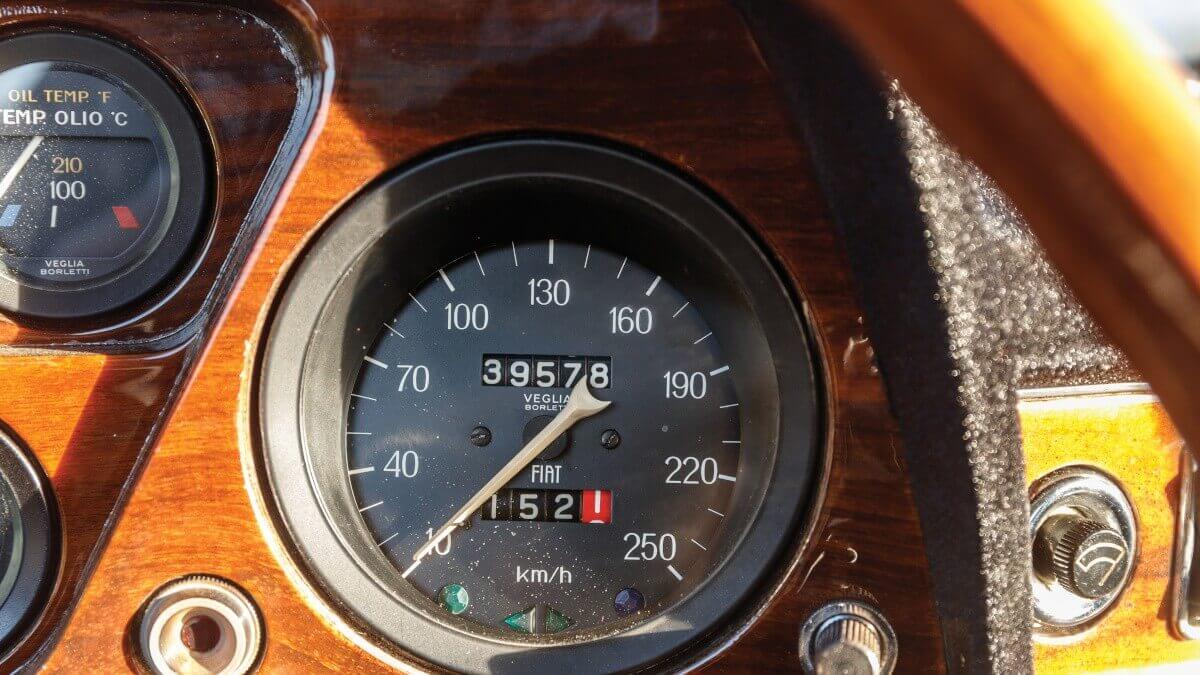 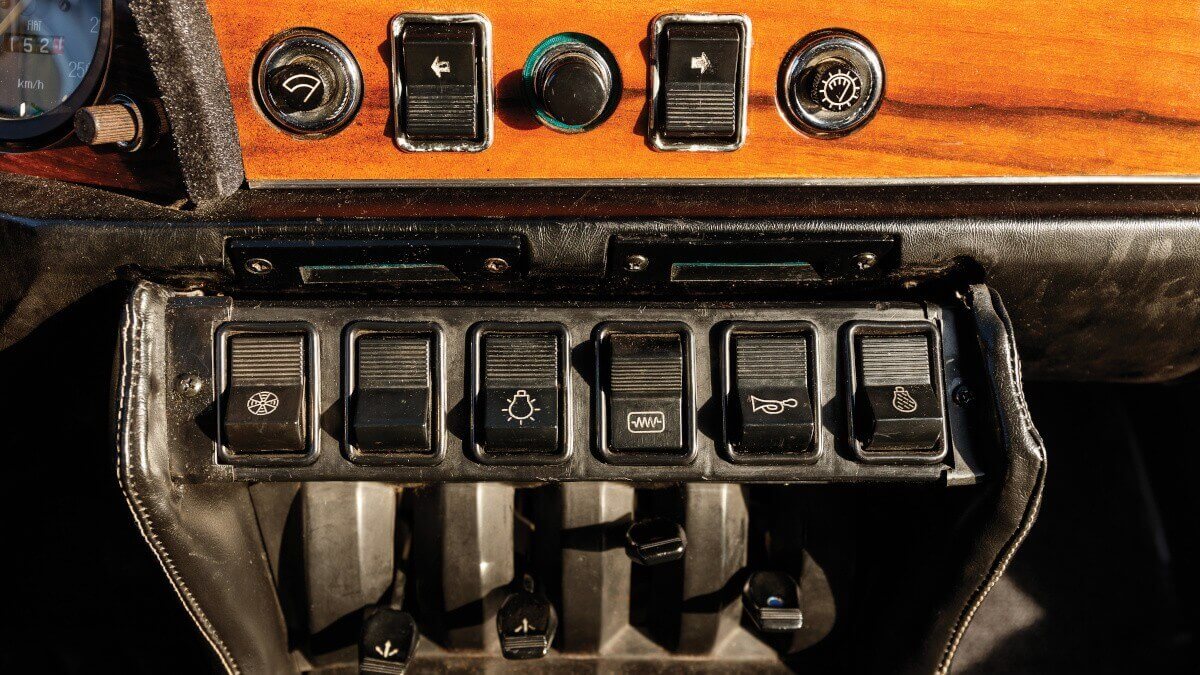 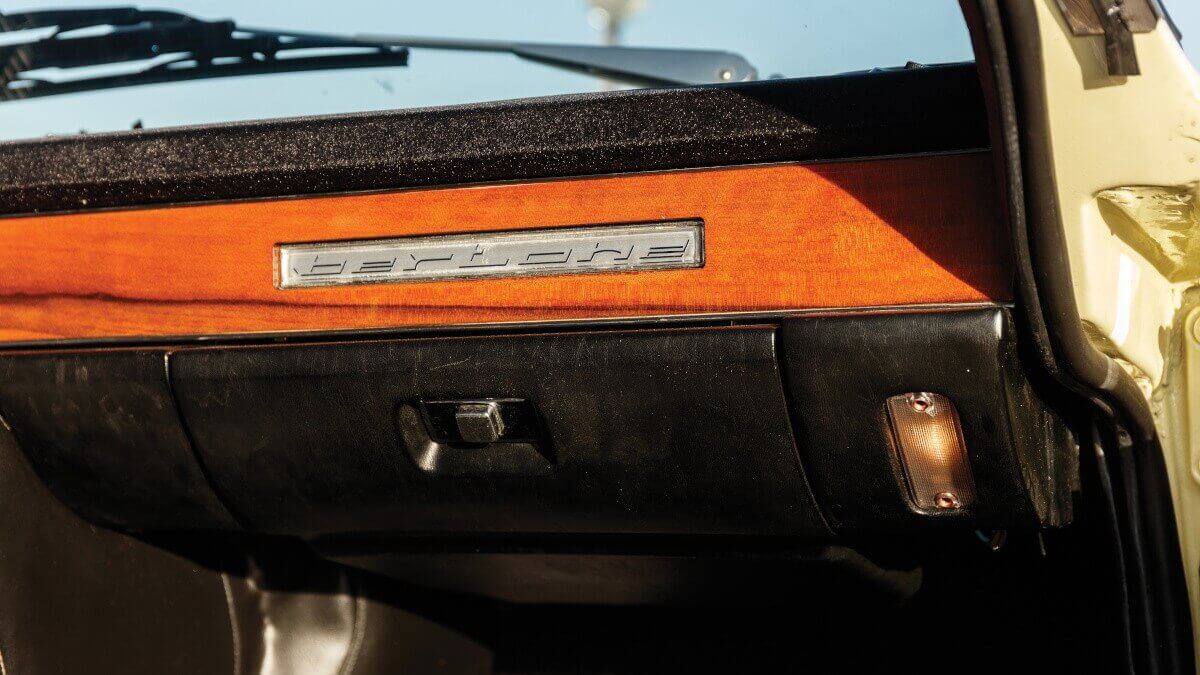 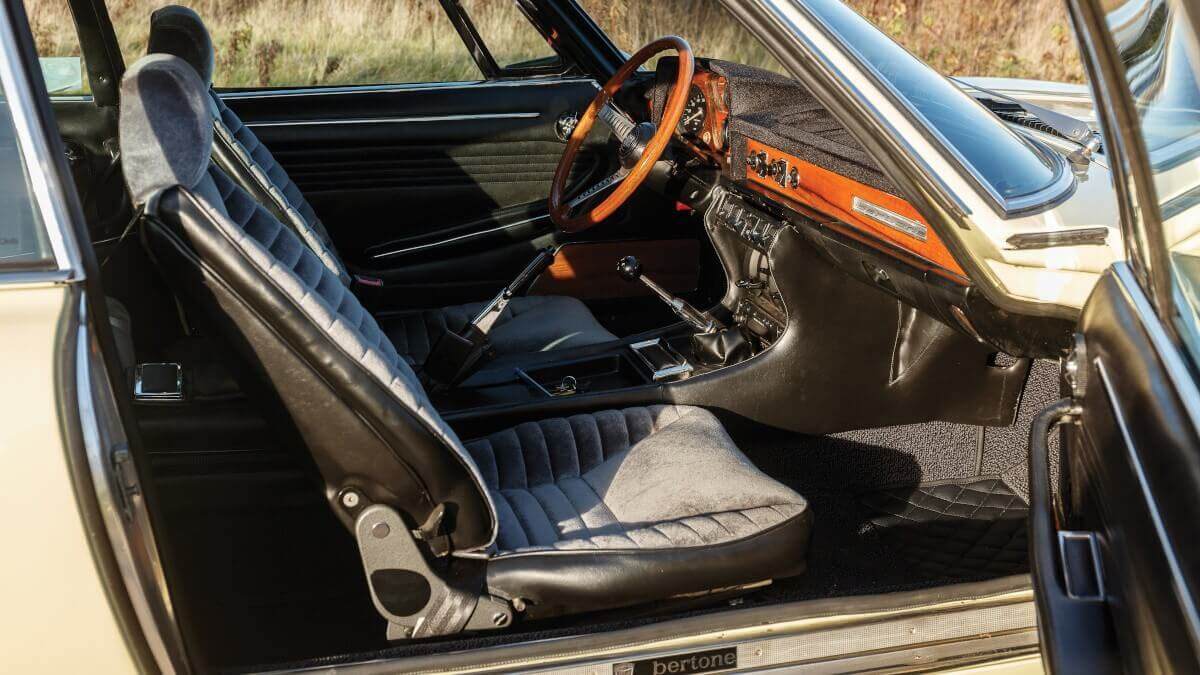 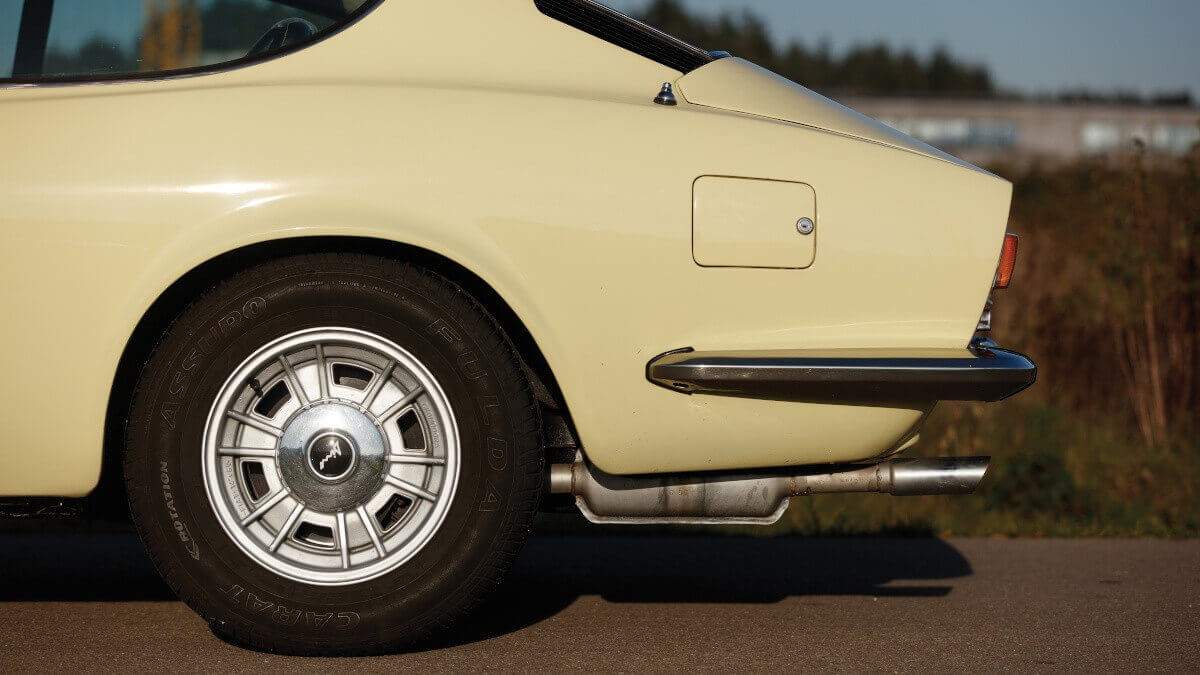 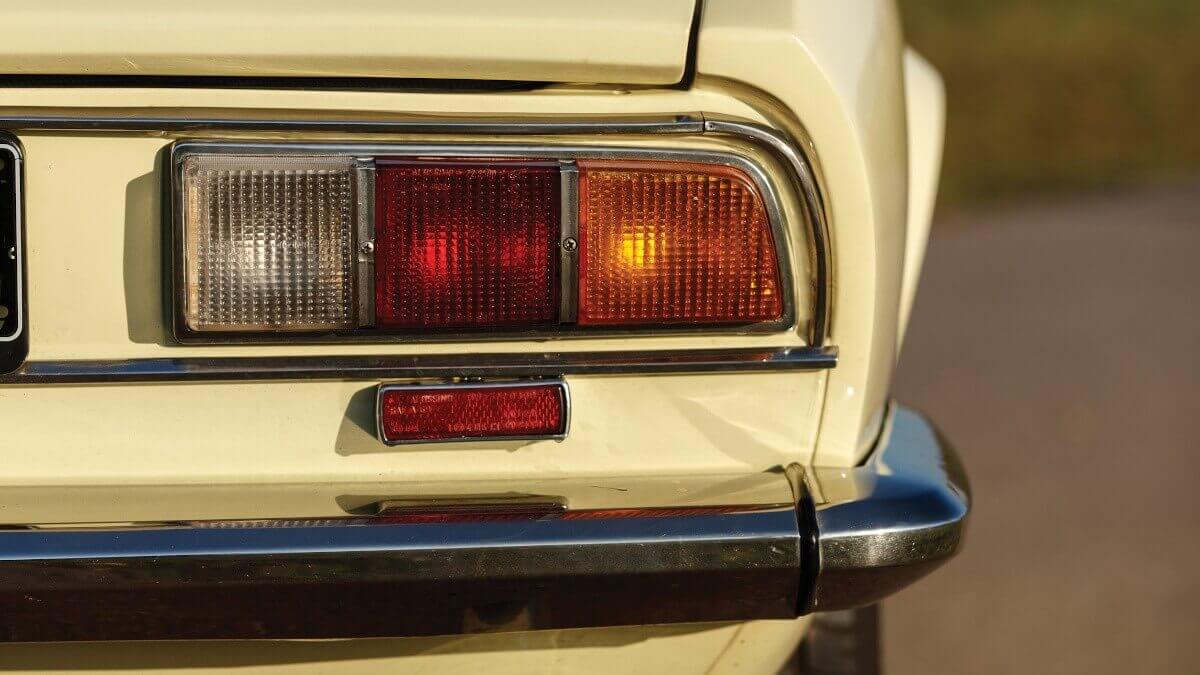 When the grey cast iron block was completely developed, it moved under the bonnet of the Fiat Dino from 1968 onwards with 2.4 liters capacity as a substitute to the former aluminium engine. At the same time, the power increased to 132 kW/180 hp, which was now transferred to the rear axle of the Fiat 130 with independent suspension on wishbones and spring-damper units. Minor modifications to the radiator grille and the rear lights provided new visual accents. With minor modifications, both the two-liter version and the grey cast iron block were also available in the Dino 206 and Dino 246 offered by Ferrari – with the engines being produced at Fiat. Later also the Lancia Stratos followed. By the end of 1972, a total of 7,651 Fiat Dino Spider and Coupé cars rolled off the production line. While Ferrari could continue to use the V6 engine in motorsport this way, the Dino Spider and Dino Coupé led to a completely new public image of Fiat.

RM Sotheby’s is offering a restored Fiat Dino 2400 Coupé from 1970 for auction at the Retromobile Paris at the beginning of February. While unfortunately little is known about the early history of the car, at least the last two owners lived in Germany, with the second-to-last being German rally champion Armin Schwarz. The interior including the wood trim had already been restored by previous owners, when the current vendor ordered a complete bare metal respray of the car in the light yellow color Giallo Dino. Tyres, brakes, clutch and battery were also renewed and modern safety belts were installed. At the auction in Paris, RM Sotheby’s now expects a hammer price in the range between 60,000 and 80,000 €.