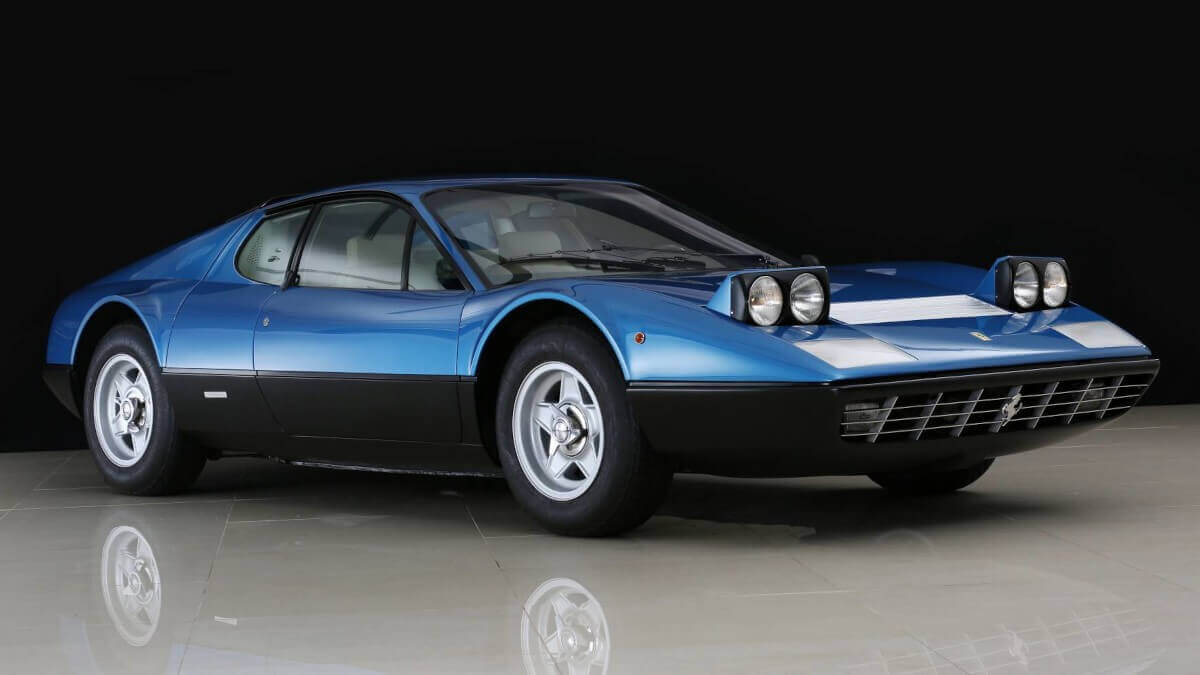 At the 1971 Turin Motor Show at the Pininfarina stand, Ferrari presented a new version of their 365 series, which was particularly striking for one detail: the engine was located centrally behind the passengers instead of under a long front hood. In addition, the V12 engine itself, which still had a capacity of 4.4 liters, had little in common with the 365 GT 2+2 or the 365 GTB/4 ‘Daytona’. The two cylinder banks were no longer separated at a 90-degree angle, but at a 180-degree angle, resulting in an extremely low overall height of the block. Ferrari incorrectly called this engine and the car built around it the “Berlinetta Boxer”. In a boxer engine (flat engine), however, a different crankshaft design ensures that two opposing pistons have their own 180-degree offset crankshaft journals, whereas in a V-engine, the two connecting rods of the pistons are opposite of each other on a common crankshaft journal. The latter applies to the 380 hp and 409 newtonmeters of torque strong Ferrari engine. Ferrari had previously experimented with the mid-engine layout in Formula 1 and in sports car races, for example with the 250 LM, but had given preference to other manufacturers such as Lamborghini with the Miura or De Tomaso with Vallelunga and Mangusta for road sports cars. Only the Dino 206 GT brought this concept to Ferrari street cars in 1967.

The wedge-shaped vehicle designed by Pininfarina was named 365 GT/4 BB (Berlinetta Boxer) and replaced the 365 GTB/4 ‘Daytona’ as the top model in the Ferrari range when production finally started shortly after the 1973 Paris Motor Show. The naming is quickly explained: 365 cubic centimeters per cylinder and four overhead camshafts. In only 5.4 seconds, the car reached 62 mph, while the official specification of a topspeed of 300 kph (186 mph) attracted worldwide attention. However, Ferrari never officially offered the 365 GT/4 BB, nor its direct successors, in the USA, because the emission and safety regulations there were considered to be impossible to comply with with the big V12 engine. Some independent importers achieved the necessary DOT and EPA classifications by retrofitting catalytic converters, thus enabling some US customers to legally drive a Ferrari BB. Even in the original model, electric windows, air conditioning and a radio were available. 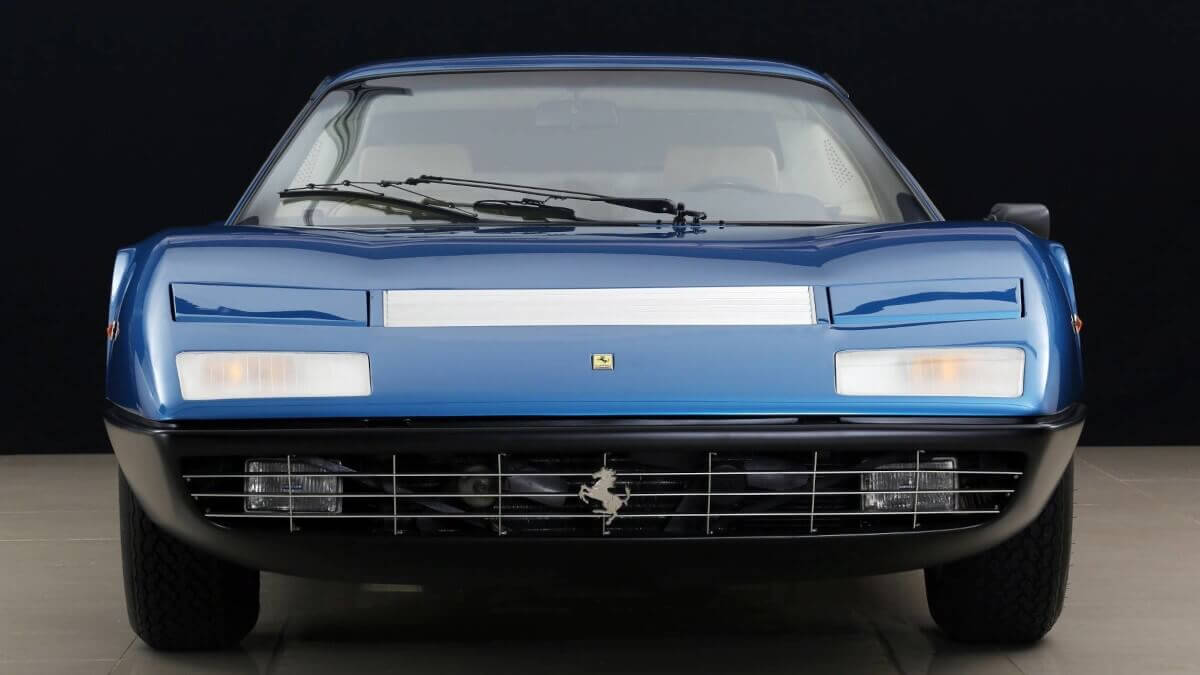 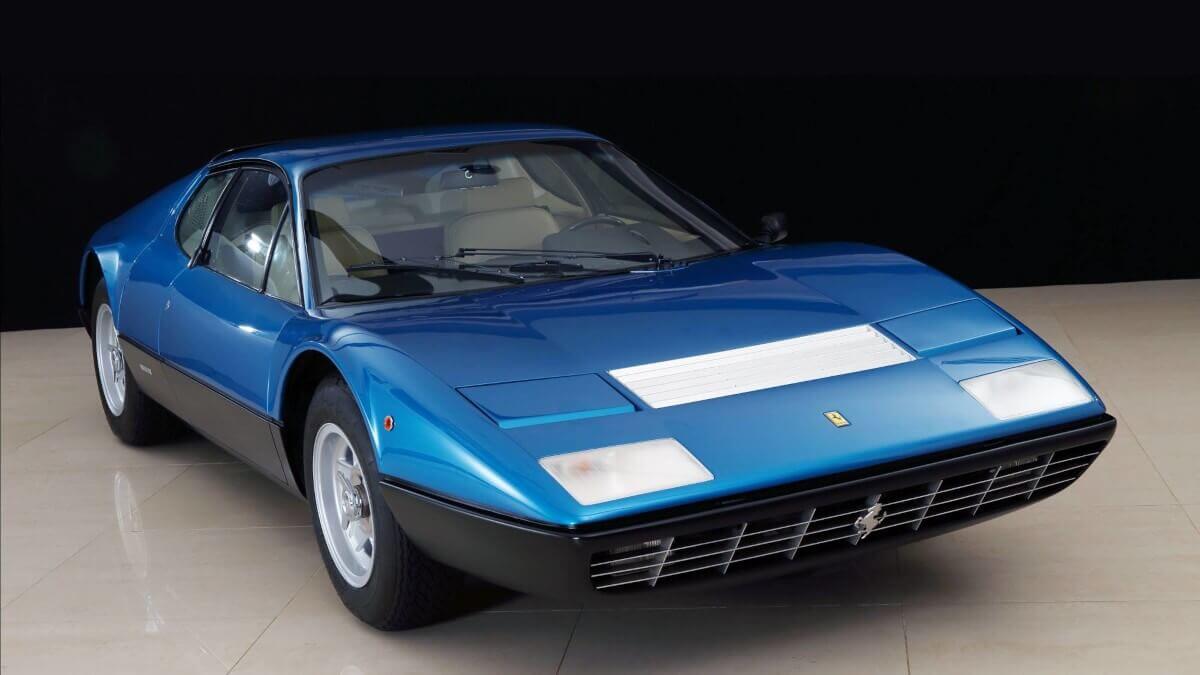 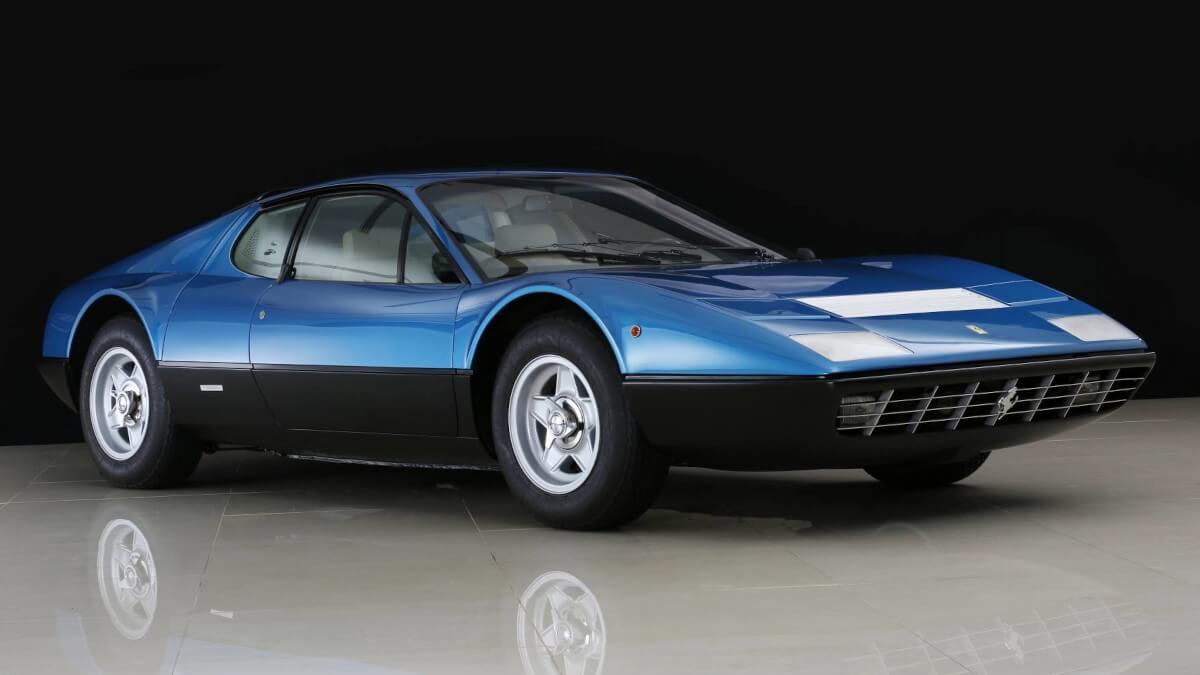 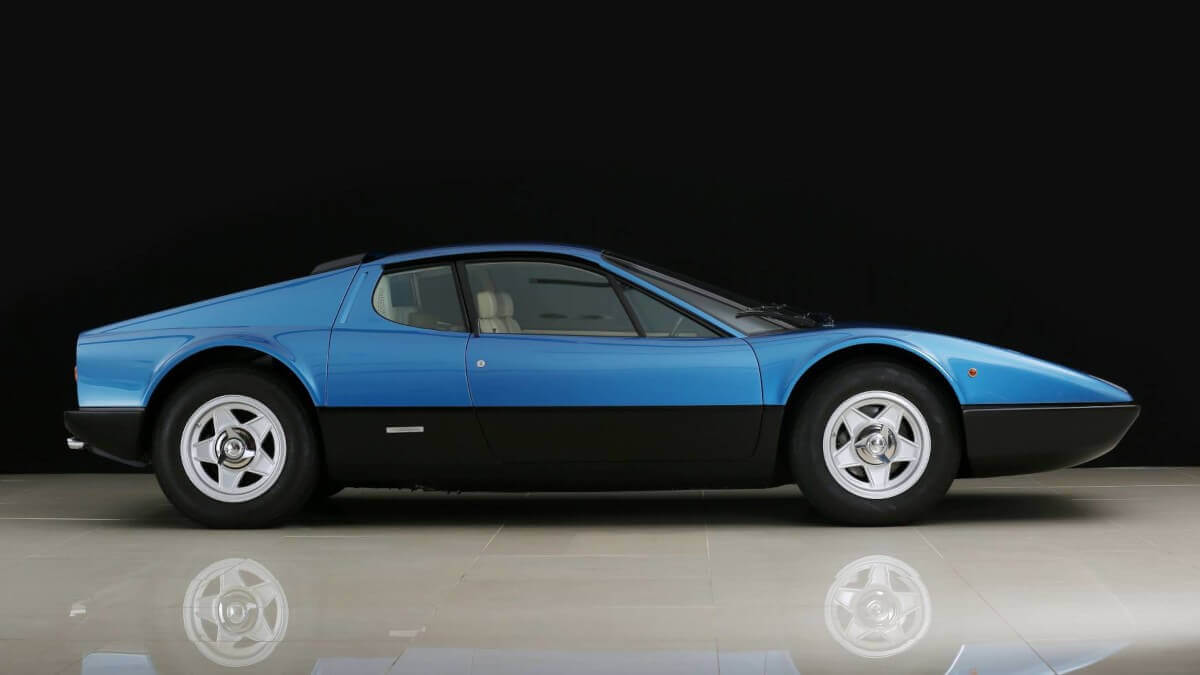 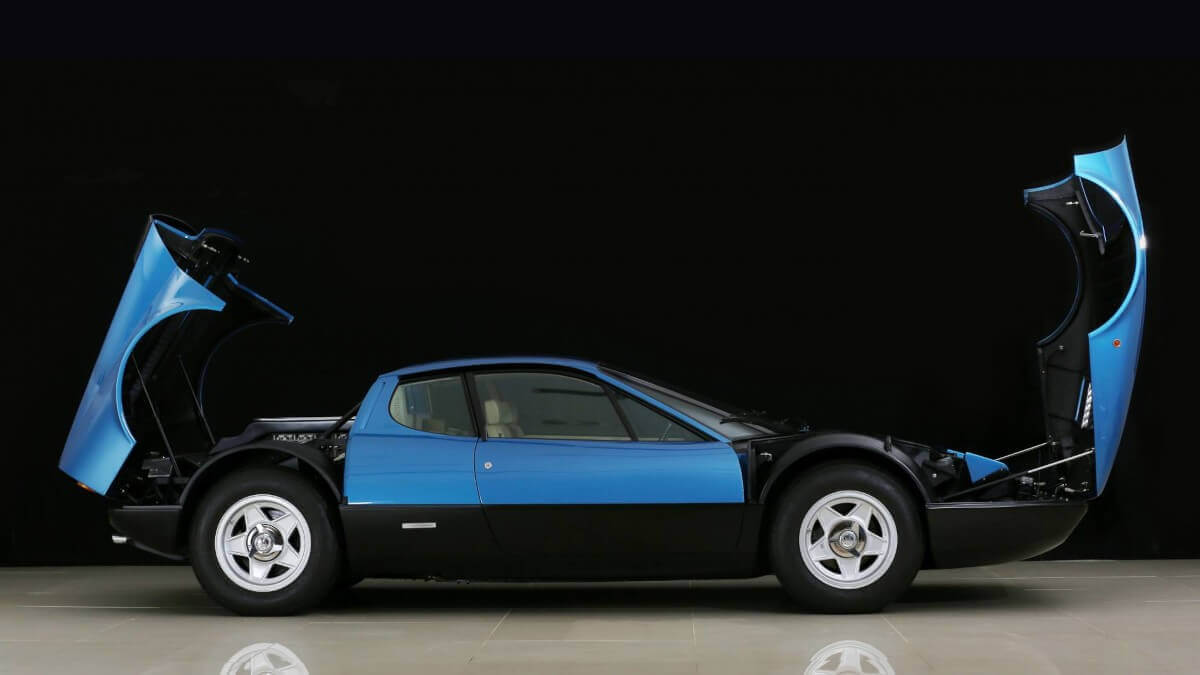 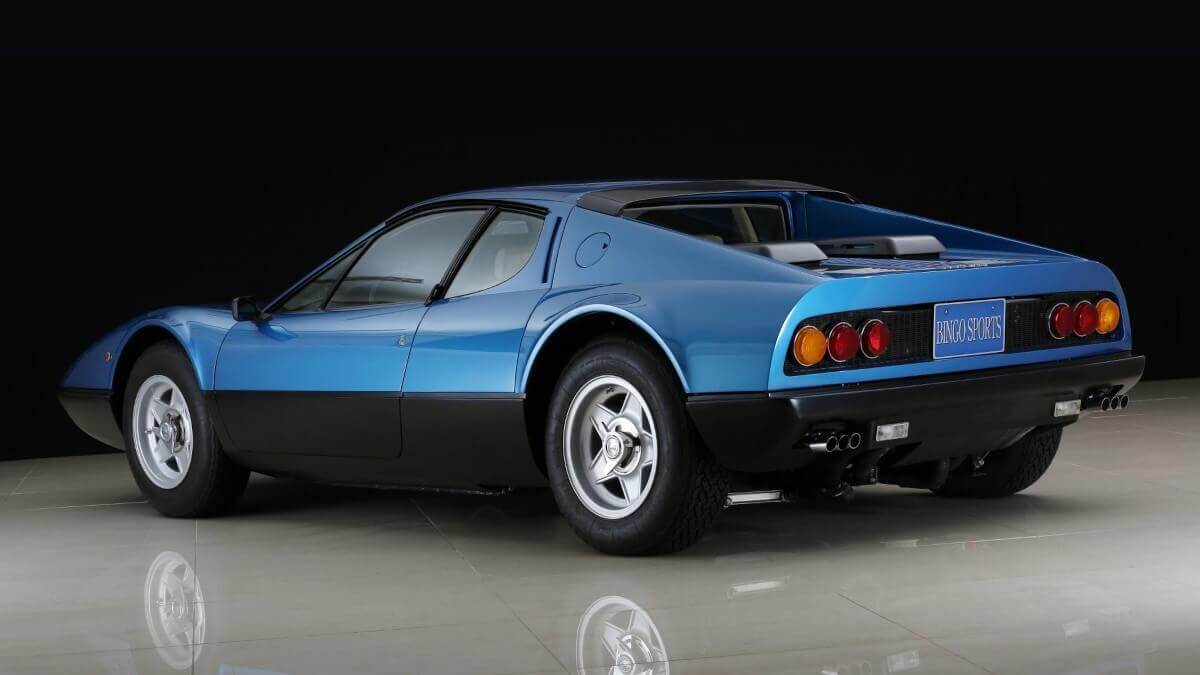 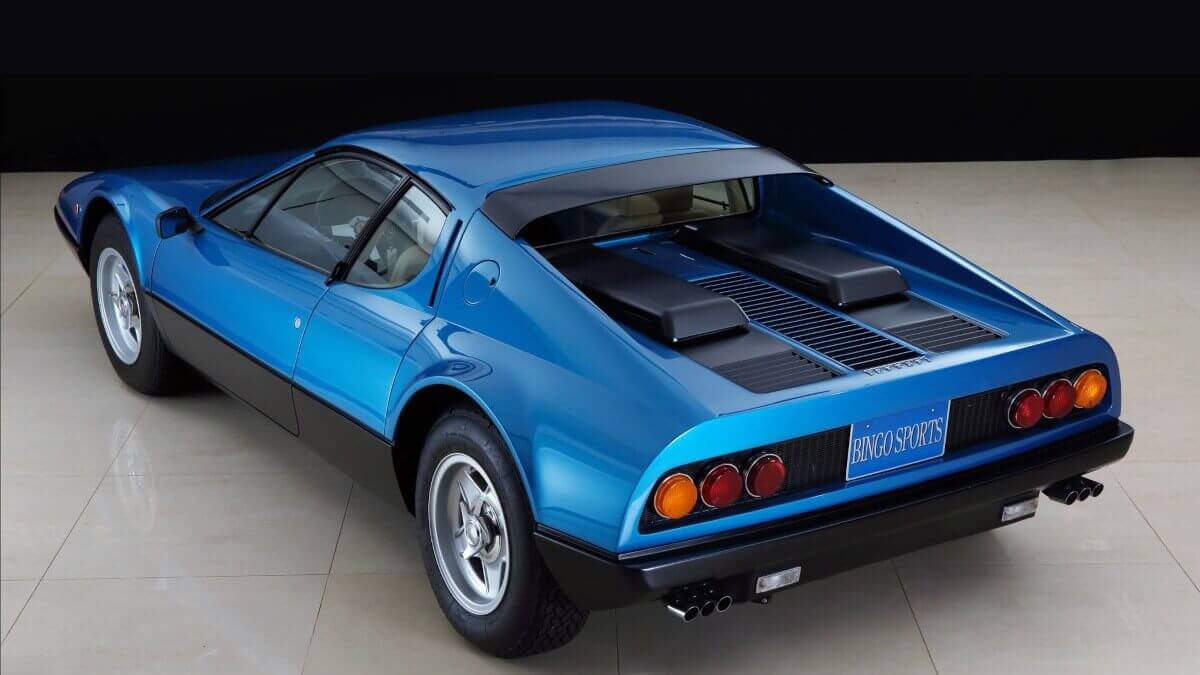 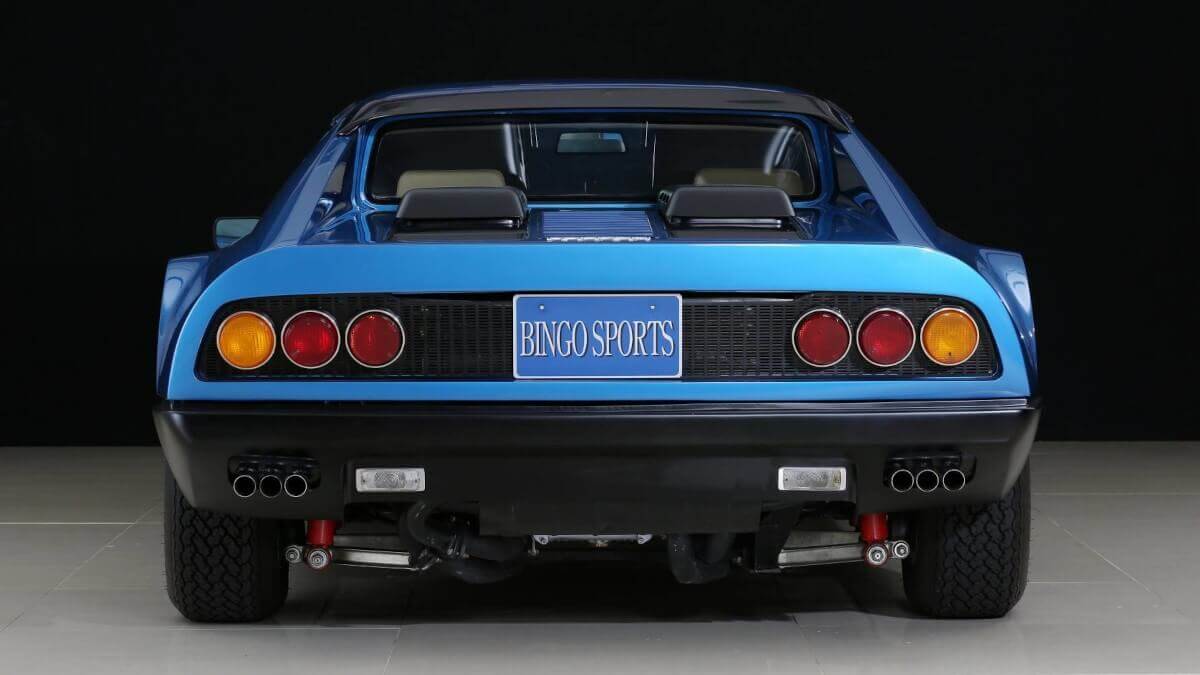 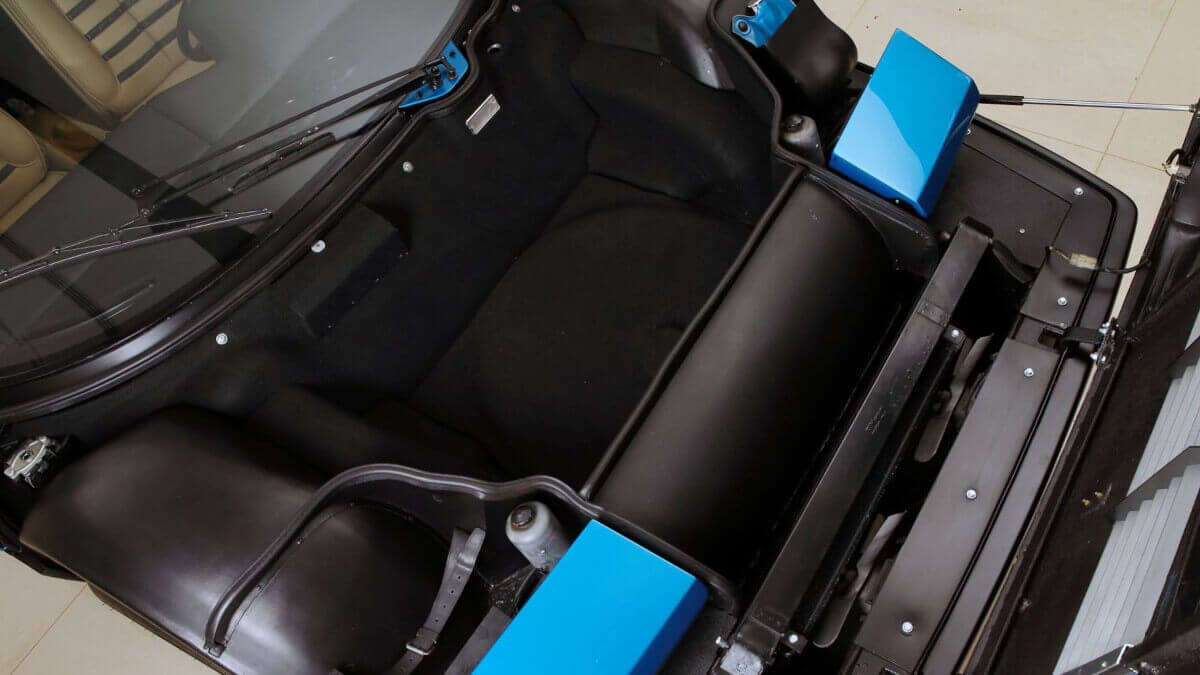 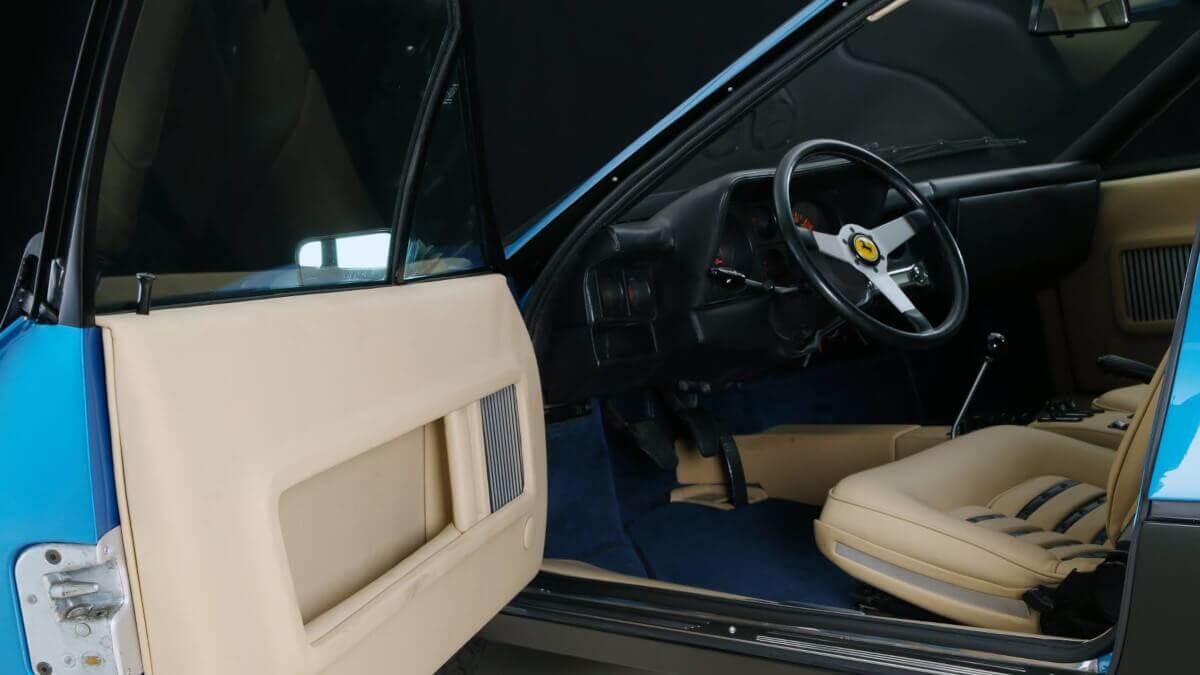 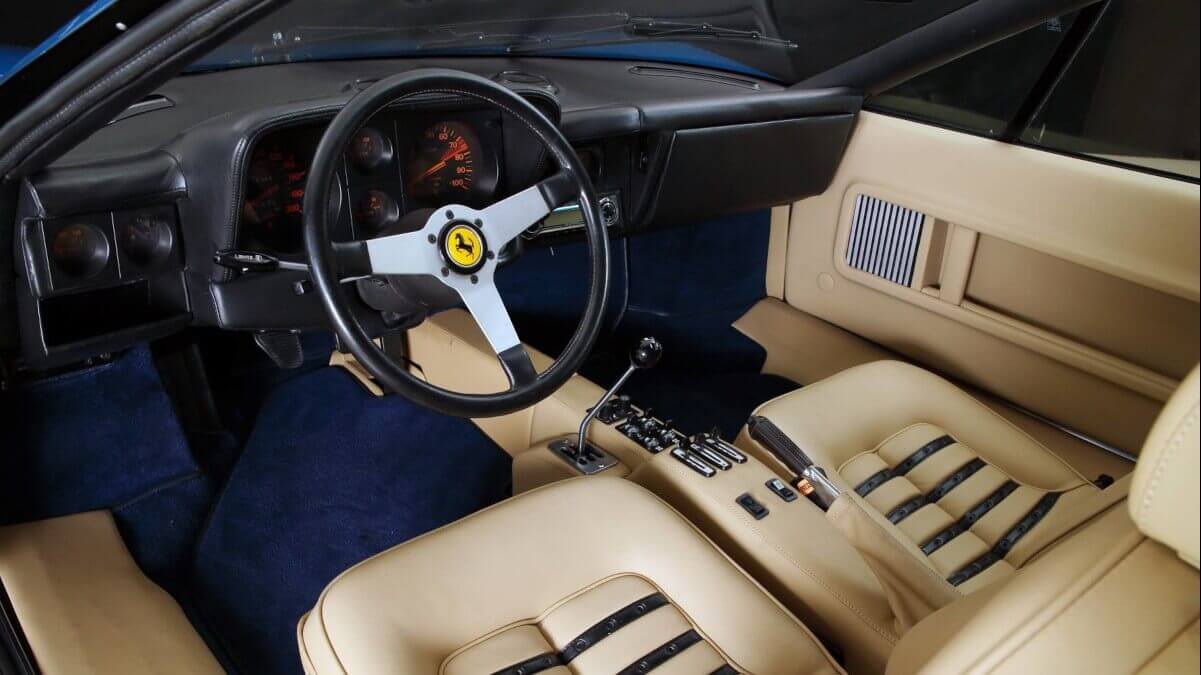 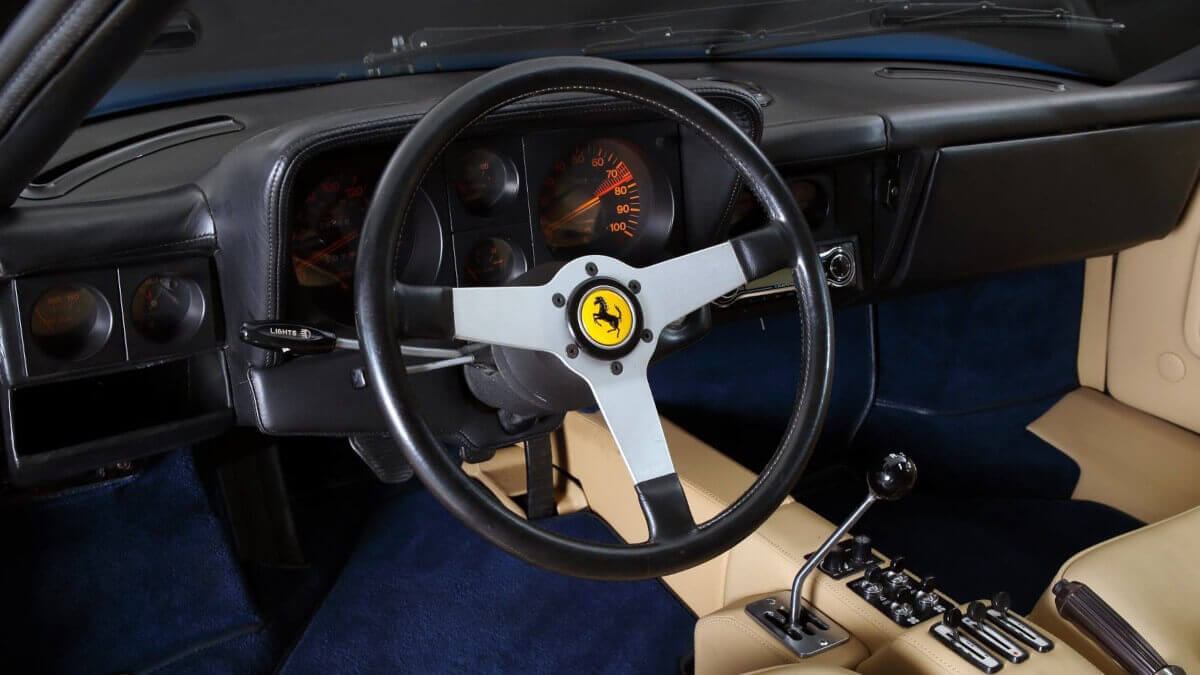 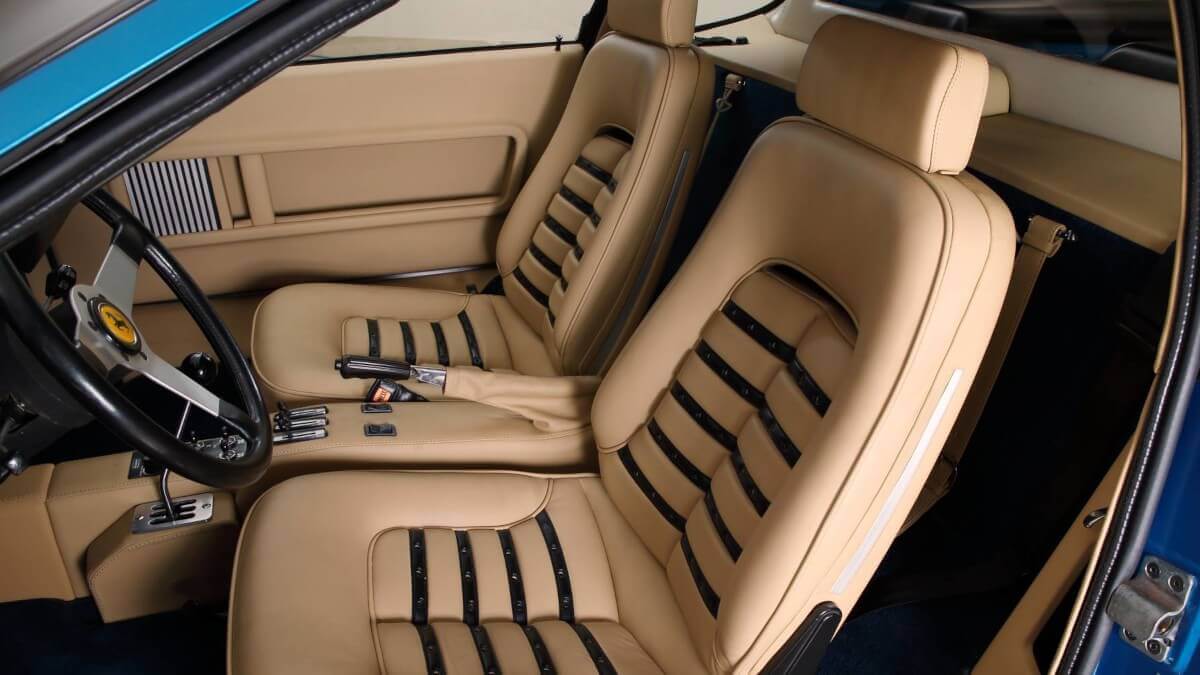 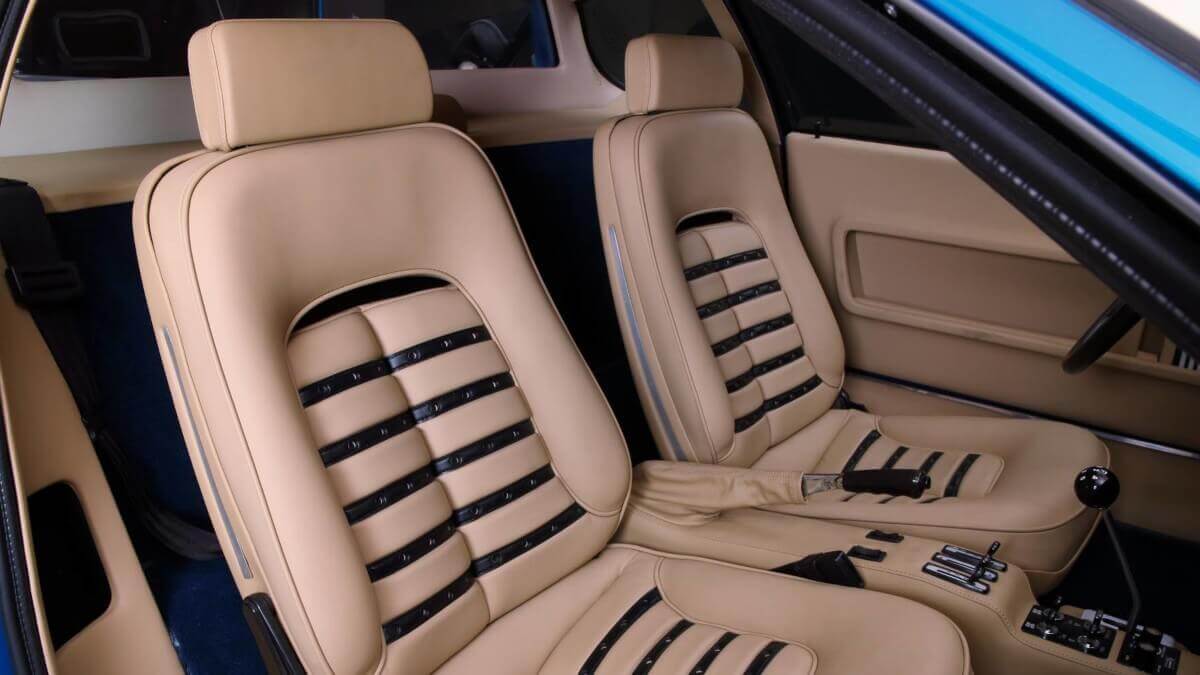 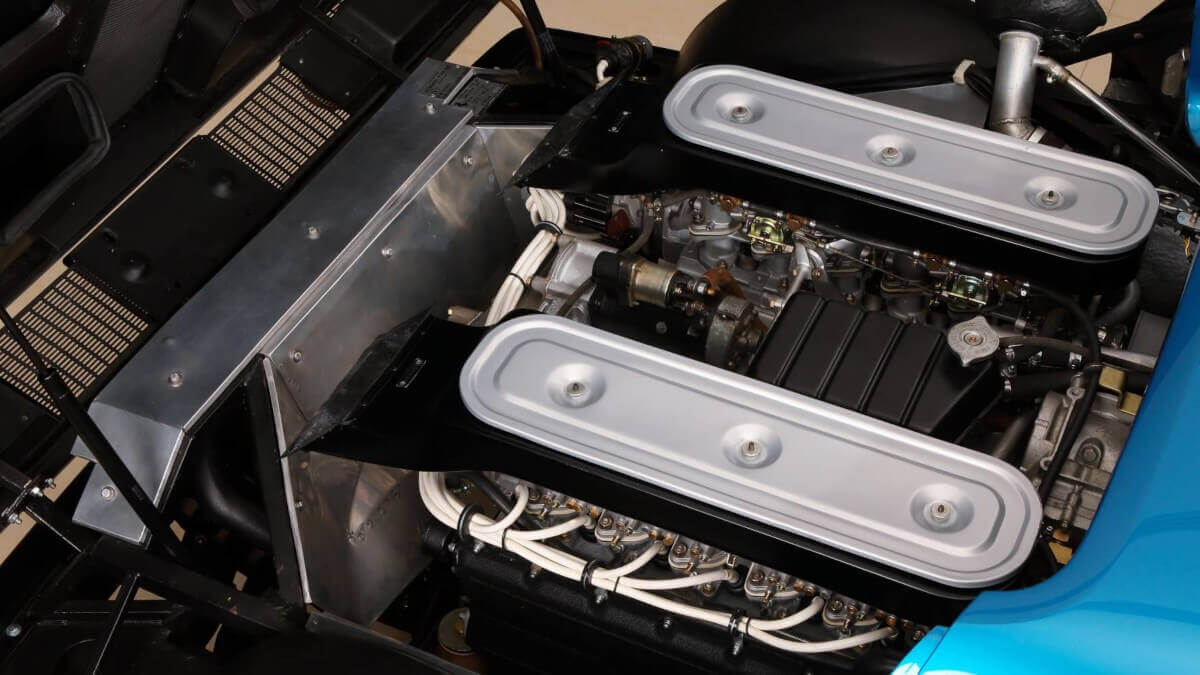 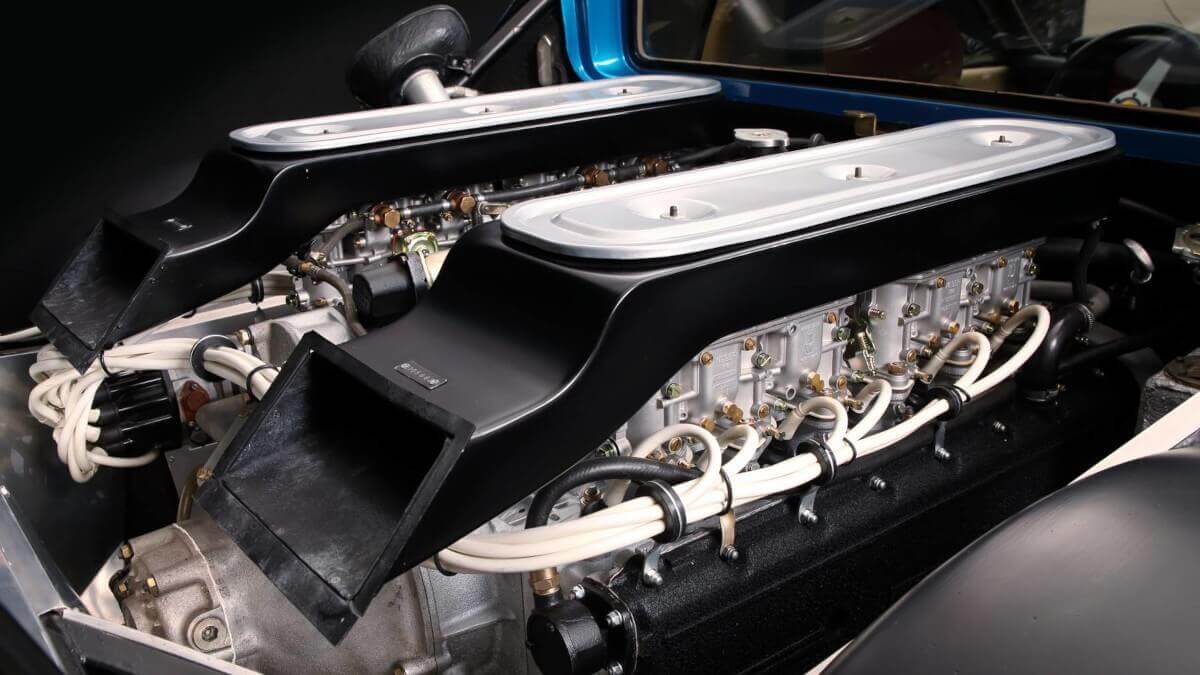 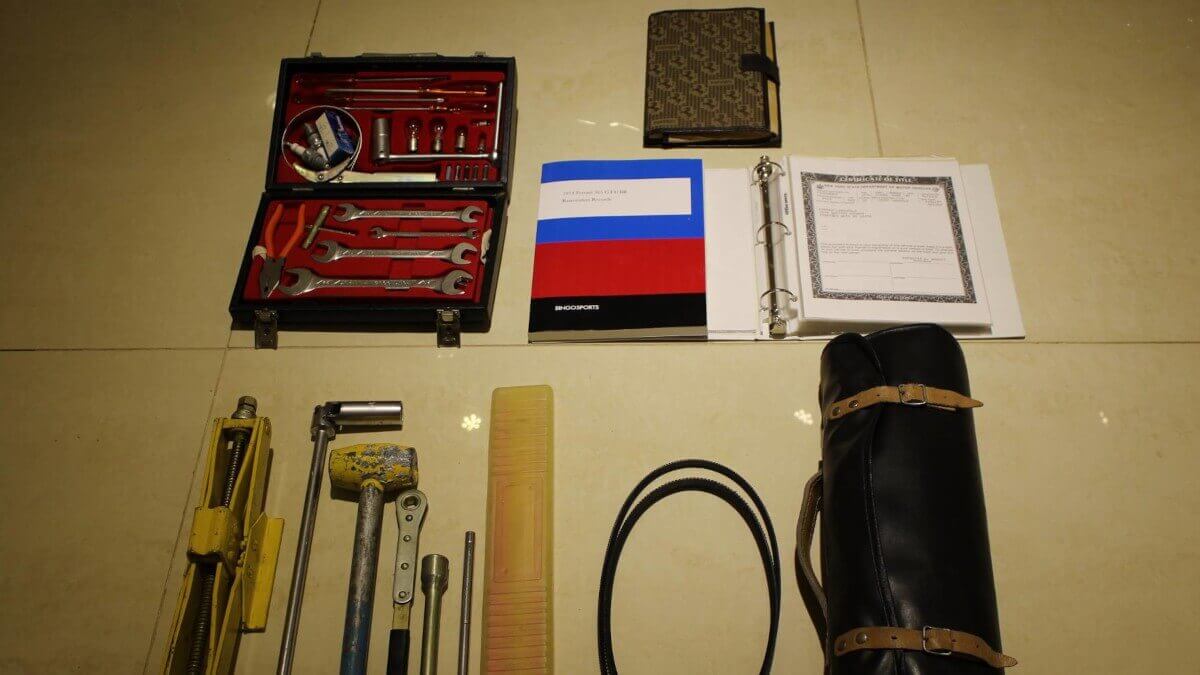 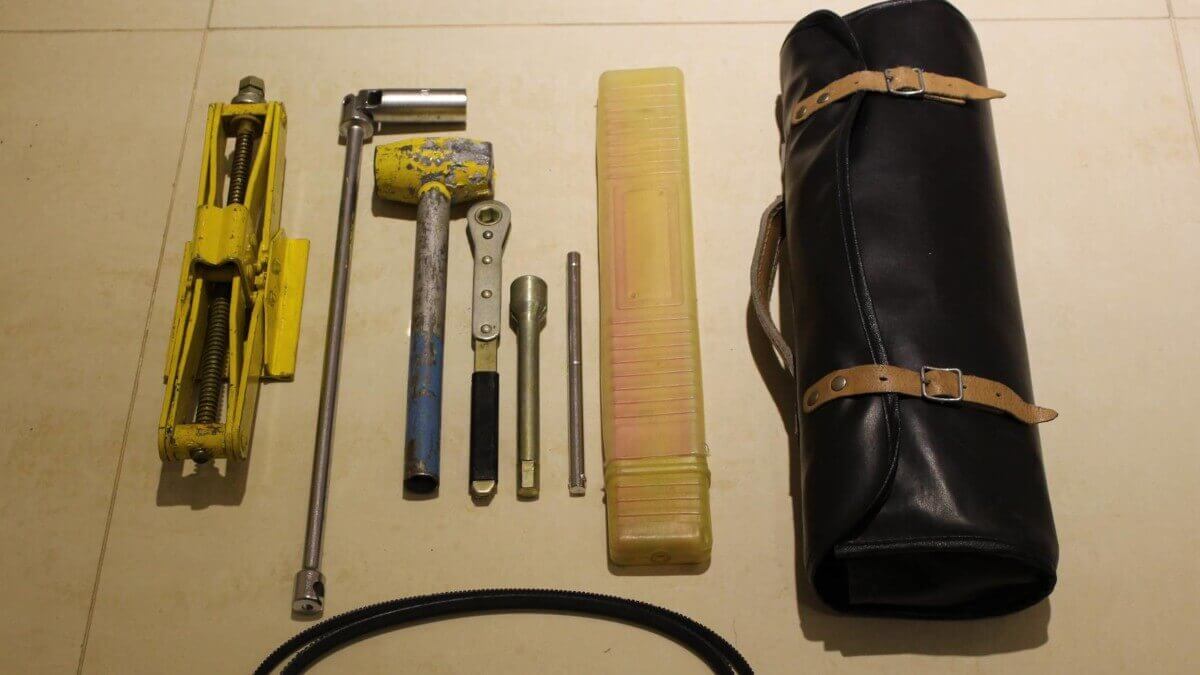 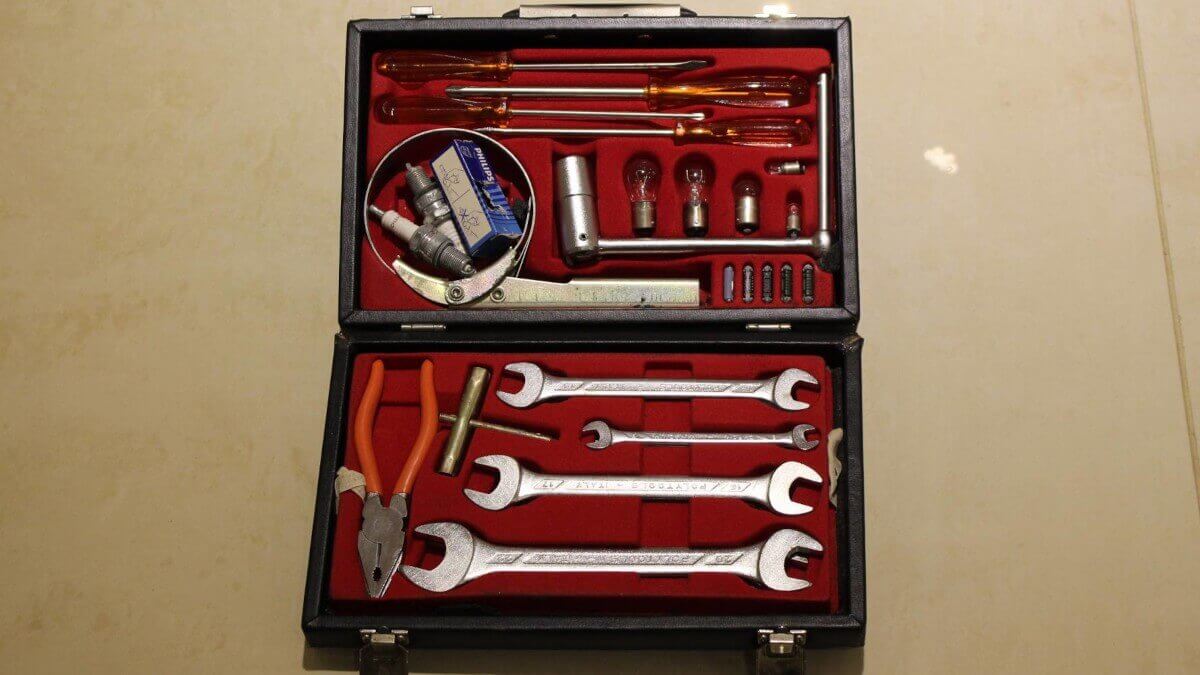 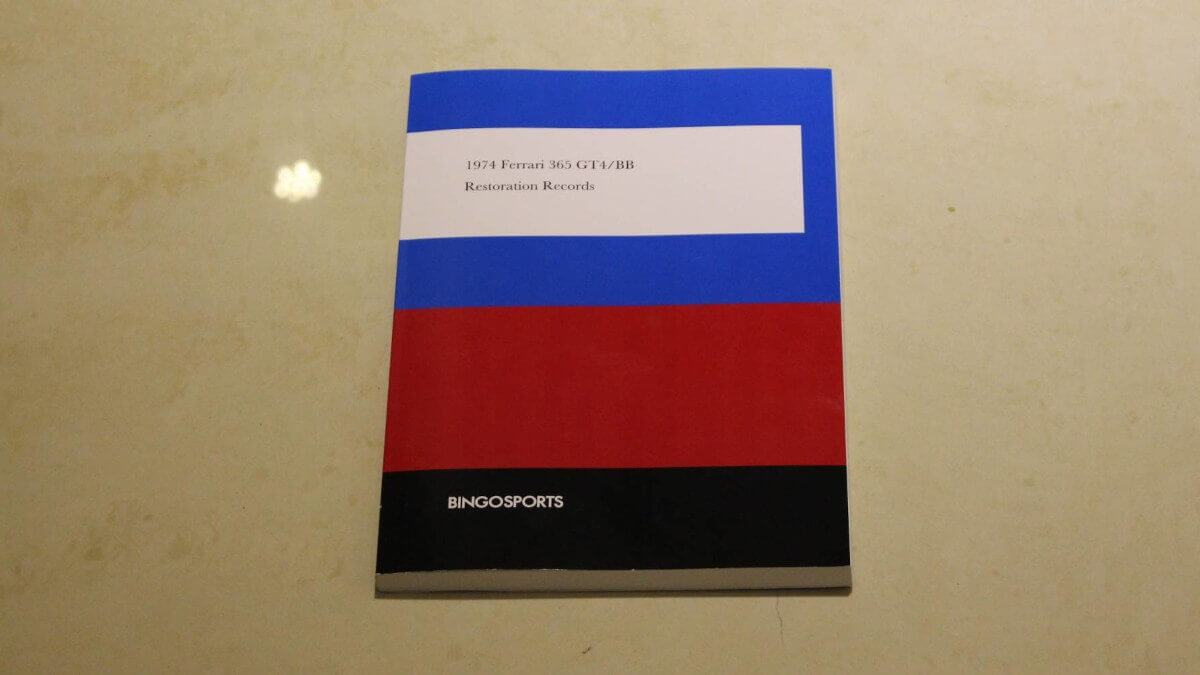 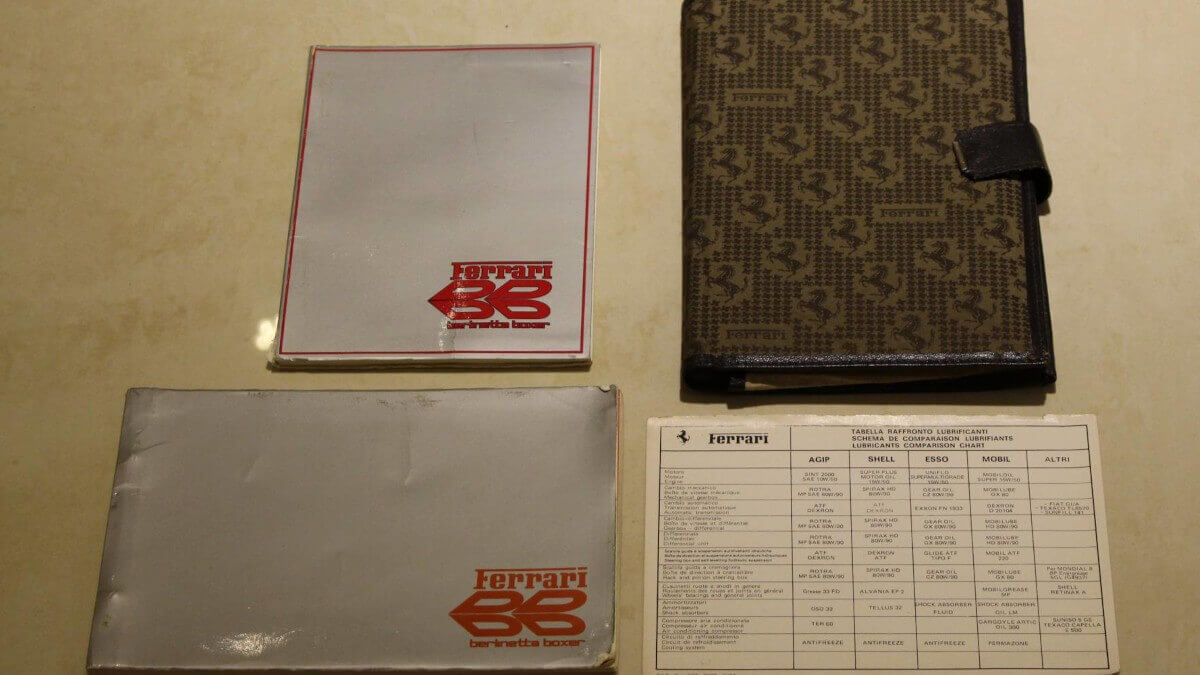 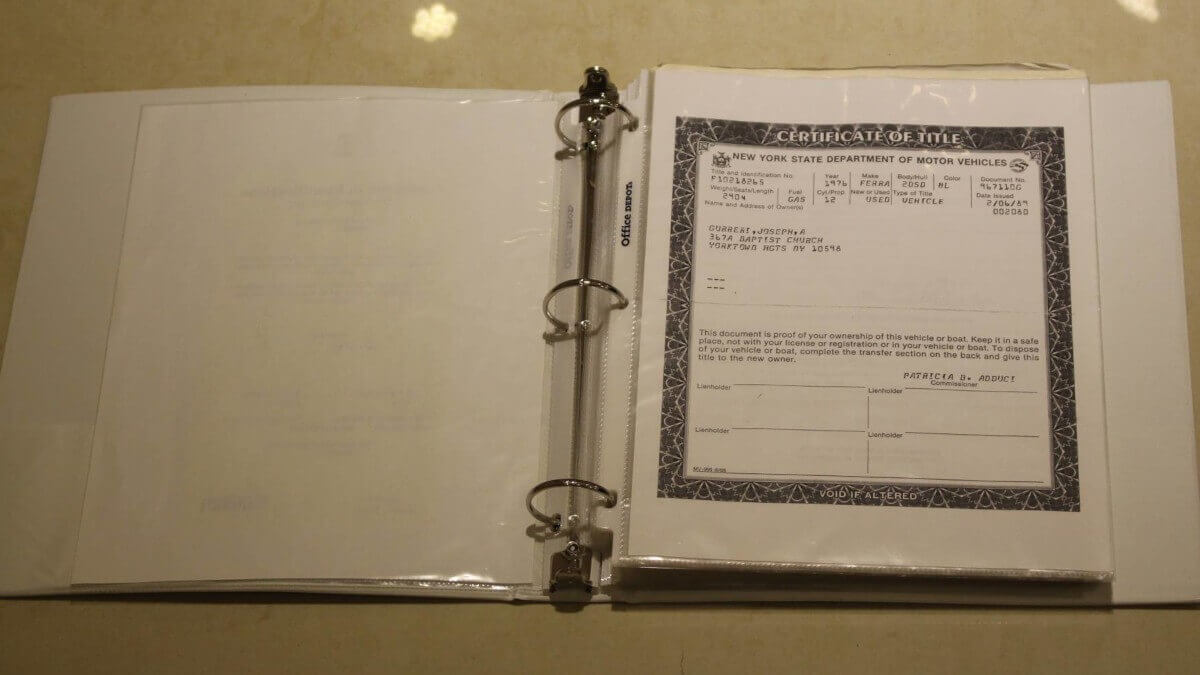 As in the 365 GTB/4 and the 365 GT/4 2+2, Pininfarina integrated a striking bead in the lower part of the doors and the front and rear sections, which was used in many of the 365 GT/4 BBs and its direct successors, the 512 BB and 512 BBi, as a dividing line to form a lower body section with black paint. In this way the supercar ducked visually even closer to the road. At the front, only the position lights and indicators are visible when the car is switched off, while the headlights and high beam are hidden above as pop-up headlights. Six round tail lights are fitted to the rear. After 387 units, 88 of which with RHD, Ferrari increased the engine capacity to about five liters in 1976 and at the same time reduced the number of tail lights from six to four, thus giving birth to the 512 BB.

Our photo vehicle was completed in Maranello on December 20, 1974 and delivered in Italy in early 1975. After about 30 years with the first owner, the original ‘Blu Dino 106-A-72’ colored sports car crossed the Atlantic to the USA, where it underwent extensive restoration. The new owner attached great importance to this work and wanted the car back in its original exterior color in combination with the original leather upholstery in the color ‘Pelle Beige VM 3234’, after the Italian previous owner had converted the car into the typical Ferrari red with black interior. In 2011 and 2014 the 365 changed hands again before Bingo Sport from Japan bought and exported the car. With a mileage of just under 28,000 kilometers and complete vehicle documents including some for the restoration work, this 365 GT/4 BB can certainly be considered as desirable. However, Bingo Sport only quotes the price on serious request.