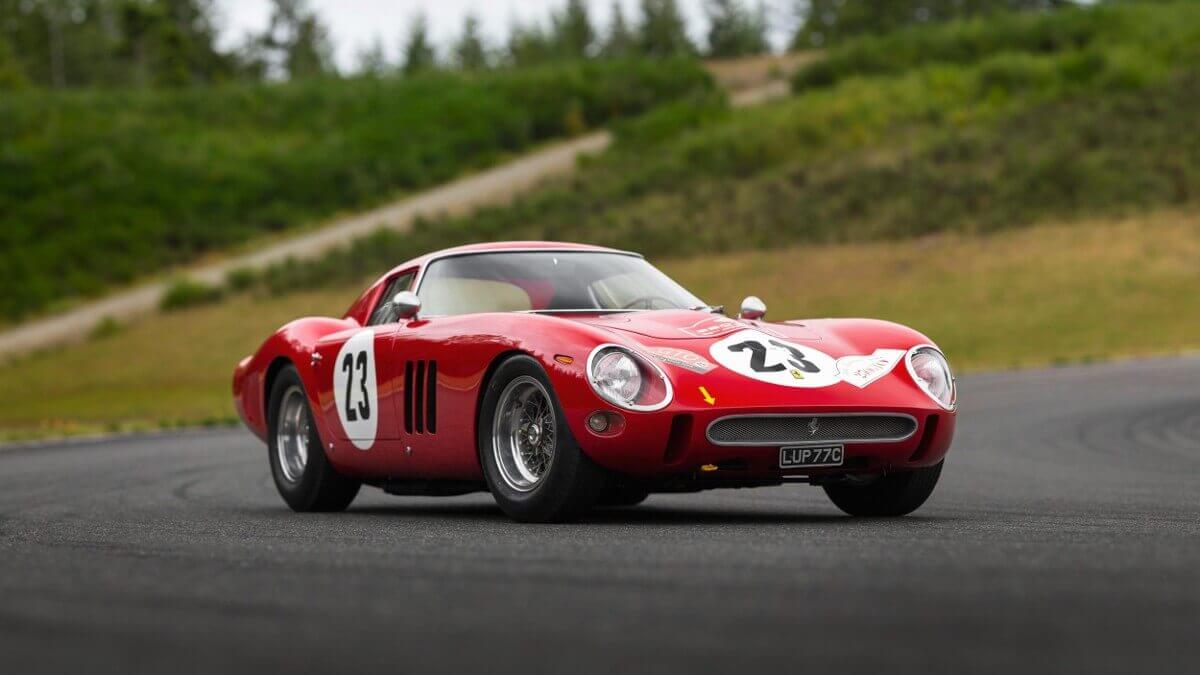 The Ferrari 250 GTO is a worldwide automotive legend. Recently a particularly well-preserved car with an excellent history changed hands privately (we reported). Now RM Sotheby’s announced another example from this small series for the upcoming auto auction during Monterey Car Week in August. Ferrari only built 39 GTOs from 1962 to 1964, of which three received a larger V12 engine and therefore in official usage run as 330 GTO. Of the remaining 36 cars 33 emerged as Series 1 with the familiar body shape with long nose and beautifully curved passenger cabin with fluent expiring roofline. Subsequently the Italians developed a Series 2 with a modified body style, whose roof ends just behind the passengers and shows a vertical, recessed rear window. Below is classic notchback. In this form three cars were produced ex works. In addition Scaglietti retrofitted four Series 1 cars with new bodyworks.

Due to the low production number and the successes in motorsports achieved with these vehicles (more than 300 class and overall victories), where the GTO was probably the last streetlegal race car, with which you could drive to Le Mans and take the overall victory there, it is now the ‘holy grail’ among wealthy Ferrari fans and must necessarily occur in their collection at least once in their lifes. Thus, to a certain extent, the prices reached in the meantime have been explained, to which certainly the Ferrari myth also contributes. RM Sotheby’s expects a price of about 45 million US$ for this vehicle. If this sum is reached, this would be a new world record for the world’s expensive publicly auctioned car. 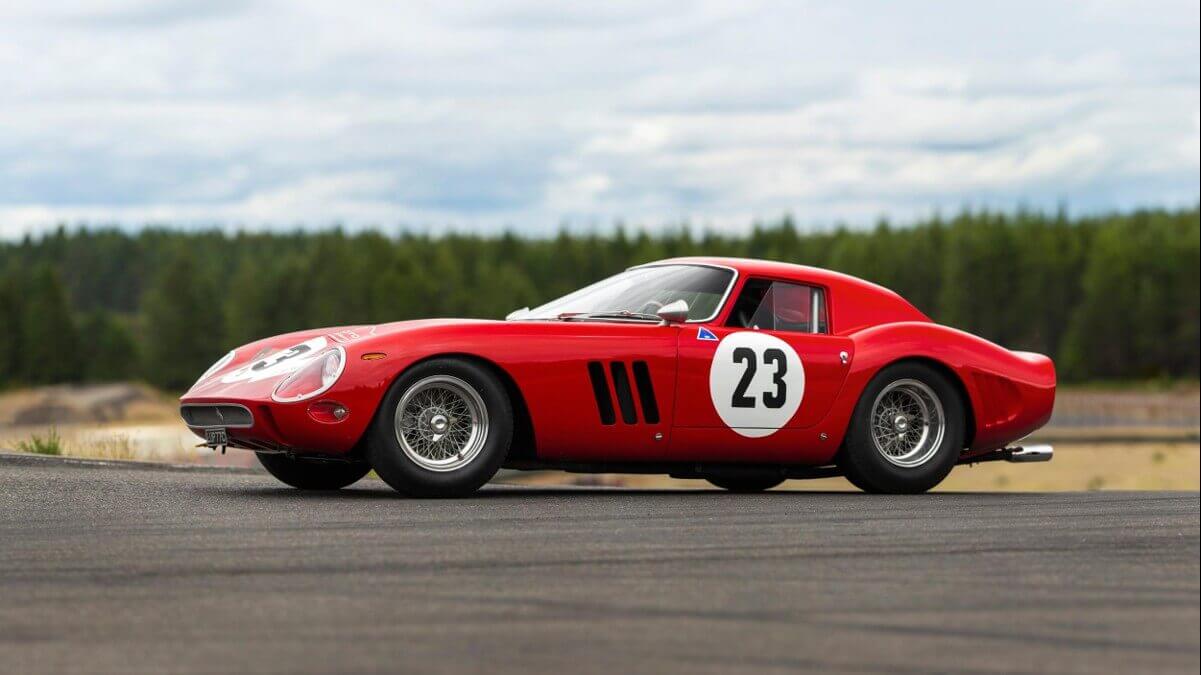 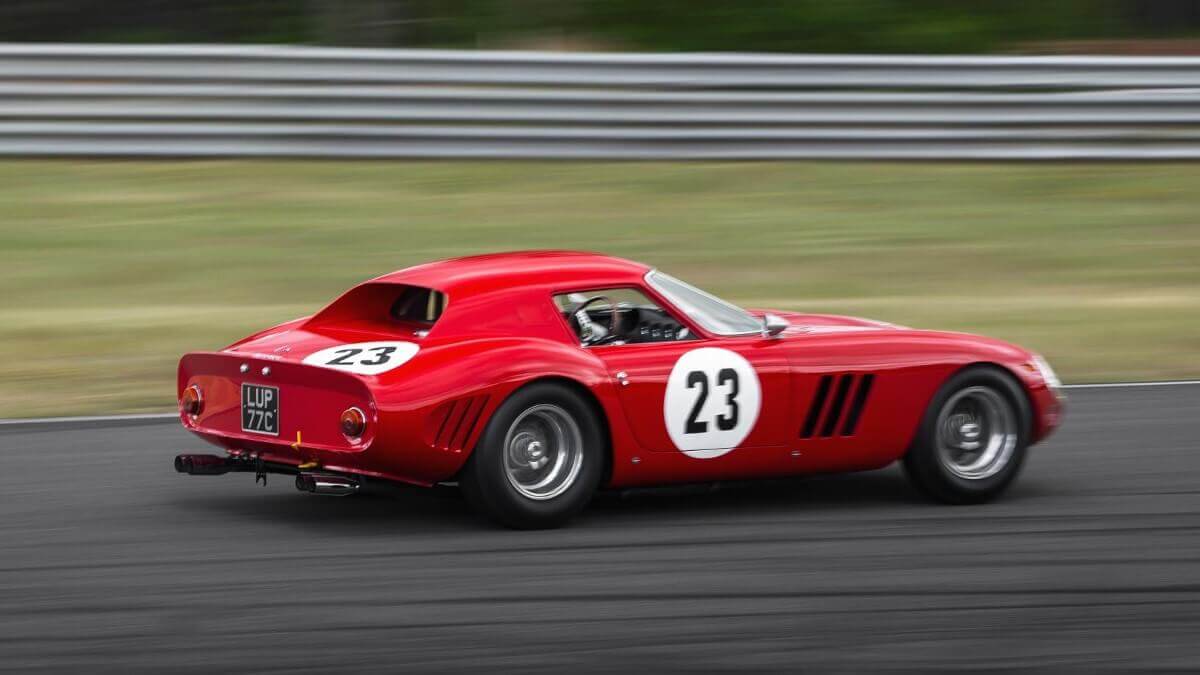 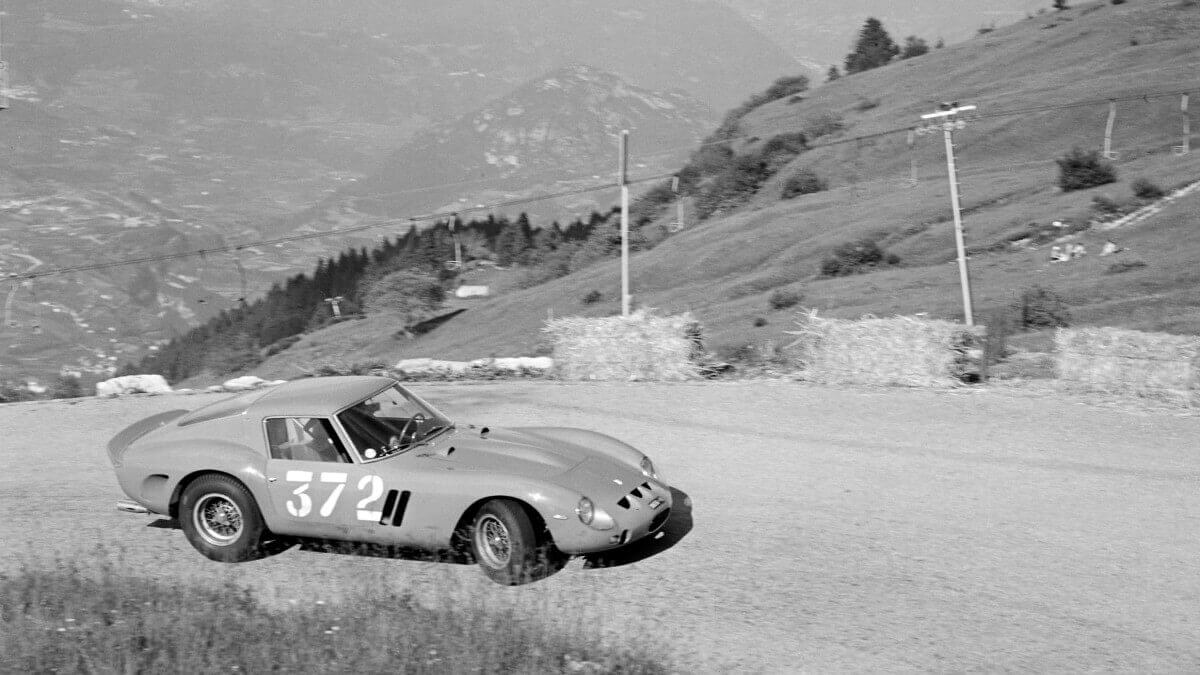 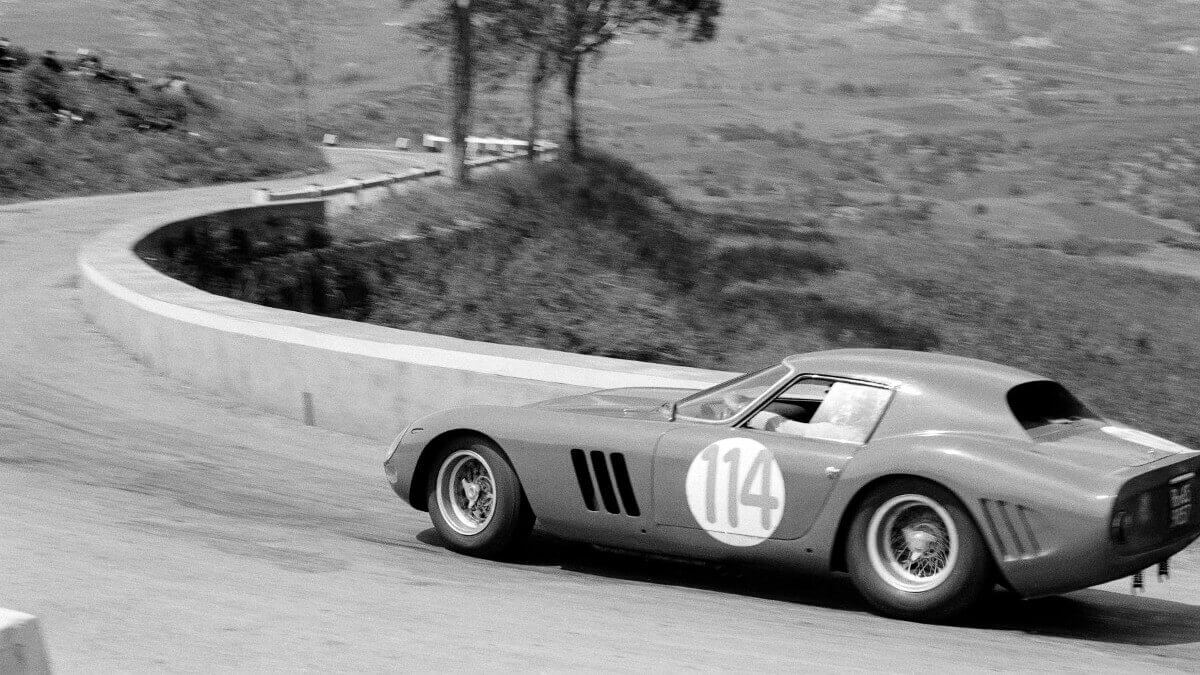 Chassis number 3413GT is the third 250 GTO ever manufactured and left the Ferrari manufactory in April 1962. It then became the factory team’s test car and was driven during the test days of Targa Florio by Phil Hill. Subsequently the Scuderia sold the GTO to Edoardo Lualdi-Gabardi, a regular customer of the time and private racing driver, who participated with this car in ten races of the season 1962. Of these he won nine and became second in the other one, securing him the Italien National GT championship.

The following year Lualdi-Gabardi bought another 250 GTO and sold 3413GT to his racing colleague Gianni Bulgari, who later headed the famous jewelry brand Bulgari. He and the subsequent owner Corrado Ferlaino added another 20 races to the extensive history of this car, including class wins at the Targa Florio in 1963 and 1964. In addition, Corrado Ferlaino ordered a Series 2 bodywork at Scaglietti in 1964, but the original engine and gearbox stayed in the car. Several famous Ferrari collectors followed before it was sold to Greg Whitten in 2000. In the current millennium this is only the third public sale of a Ferrari 250 GTO.