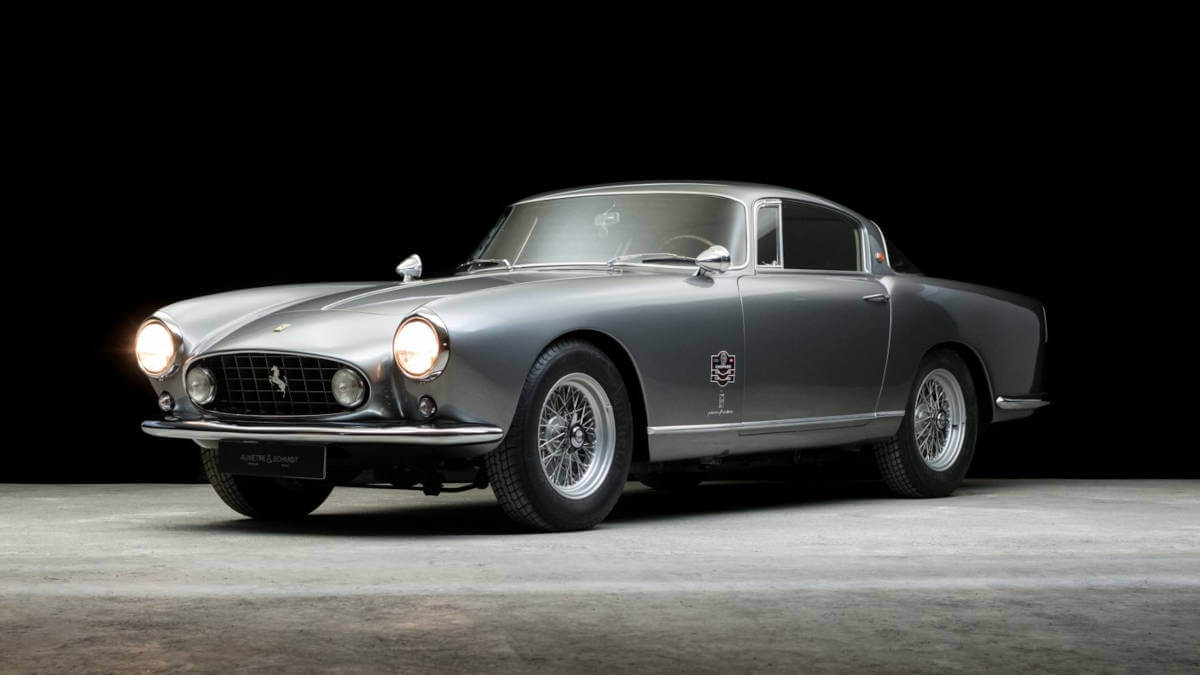 At first glance at the pictures in our gallery, the thought “Boano” comes to mind. However, the Ferrari 250 GT Berlinetta we are showing has never seen the inside of the premises of this small Italian coachbuilding company. And that is exactly what makes it interesting. In the early 1950s, Ferrari came up with their new developed car, called 250, with the number referring to the displacement of a single cylinder. Unlike the models with the larger V12 engines, the new car was aimed directly at European customers. For this reason, early 250s initially got the epithet ‘Europa’, while its model siblings were produced with the suffix ‘America’ or ‘Superamerica’. Of the 53 250 GT Europa ever built, 48 received bodywork by Pinin Farina. Due to the well-balanced designs and a good mutual business climate, Enzo Ferrari concluded a general production contract for standard bodies with Pinin Farina. A first result debuted at the 1956 Geneva Motor Show with the 250 GT Berlinetta.

The sister car to our photo car stood in Geneva as a Coupé with chassis number 0429GT. While the lower body took up the pontoon shape typical of the time, the roof section was playful with wide, curved B-pillars and a panoramic rear window. However, Pinin Farina already knew that it would not be possible to supply the quantities of bodies required by Ferrari. Therefore, parallel to the production of the first few examples, they were looking for a partner company to outsource production. They finally reached a commercial agreement with Mario Boano and handed over the drawings and production tools for the 250 to him. Boano had created a 250 Cabriolet in parallel for the 1956 Geneva Motor Show and was also well known to Ferrari. Over the next two years, the small coachbuilder produced between 63 and 79 examples of the 250 GT Boano, depending on the source. In 1957 Mario Boano moved to Fiat Centro Stile and handed over his company to his son-in-law Ezio Ellena. Under his management, another 49 cars followed. Both, Boano and Ellena, only slightly changed the Pinin Farina design. In the meantime, the production facilities at Pinin Farina were enlarged and, from 1958, production of the 250 GT was taken over there again. 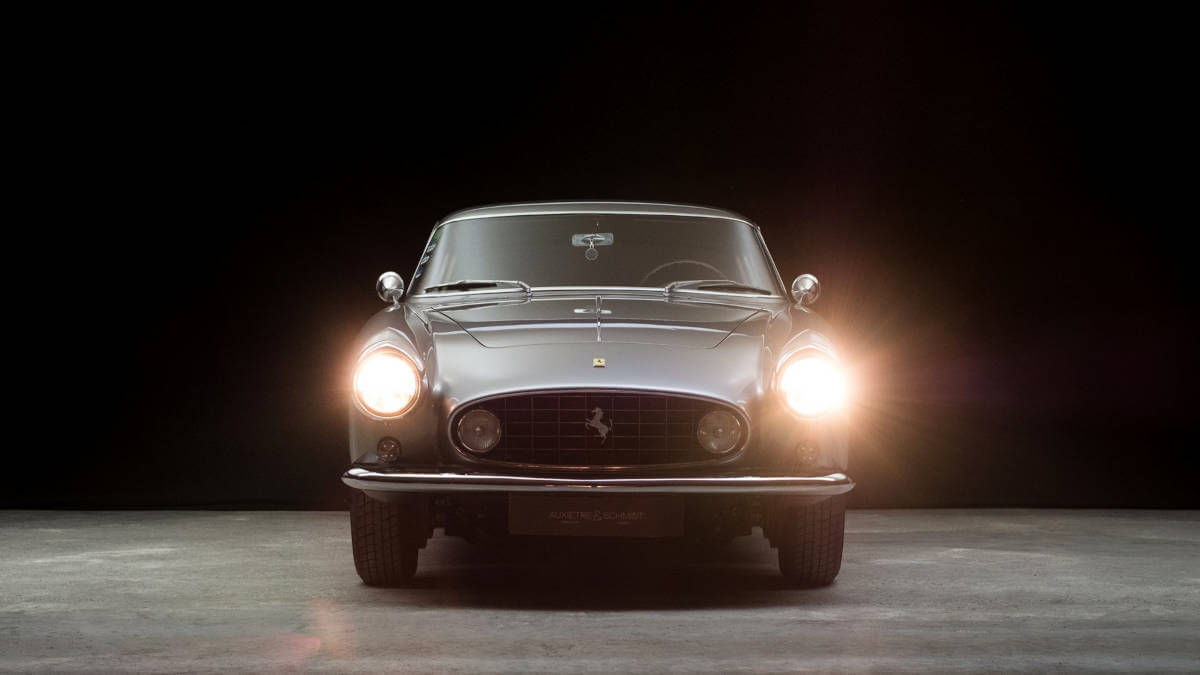 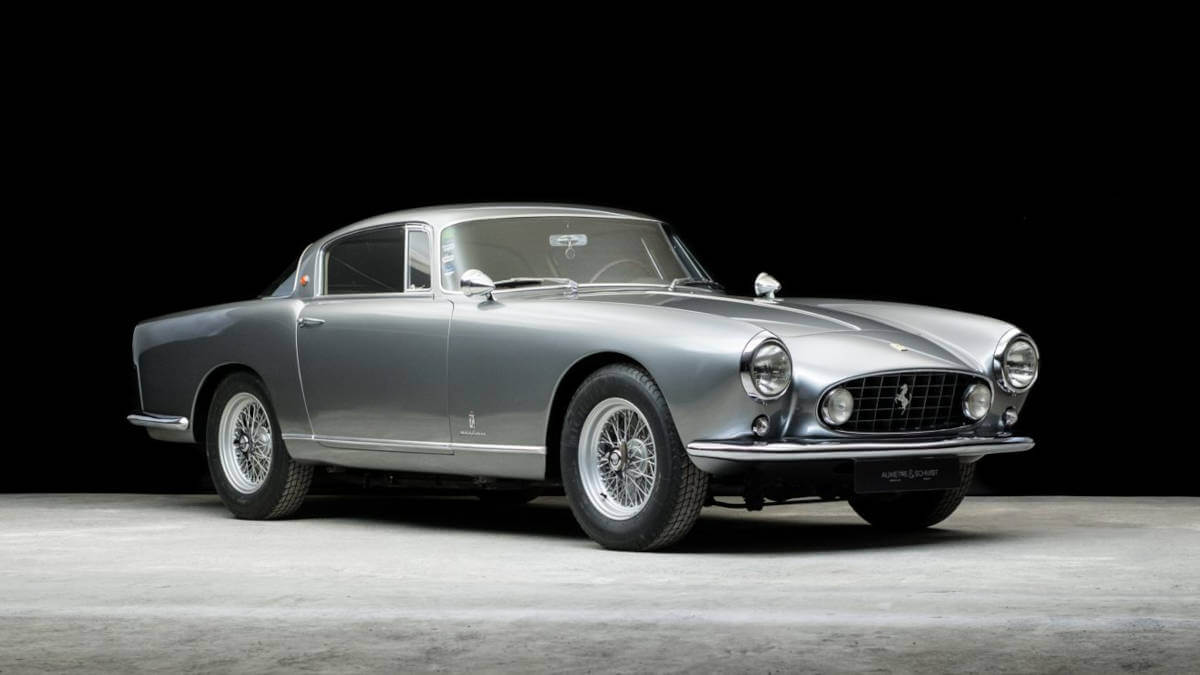 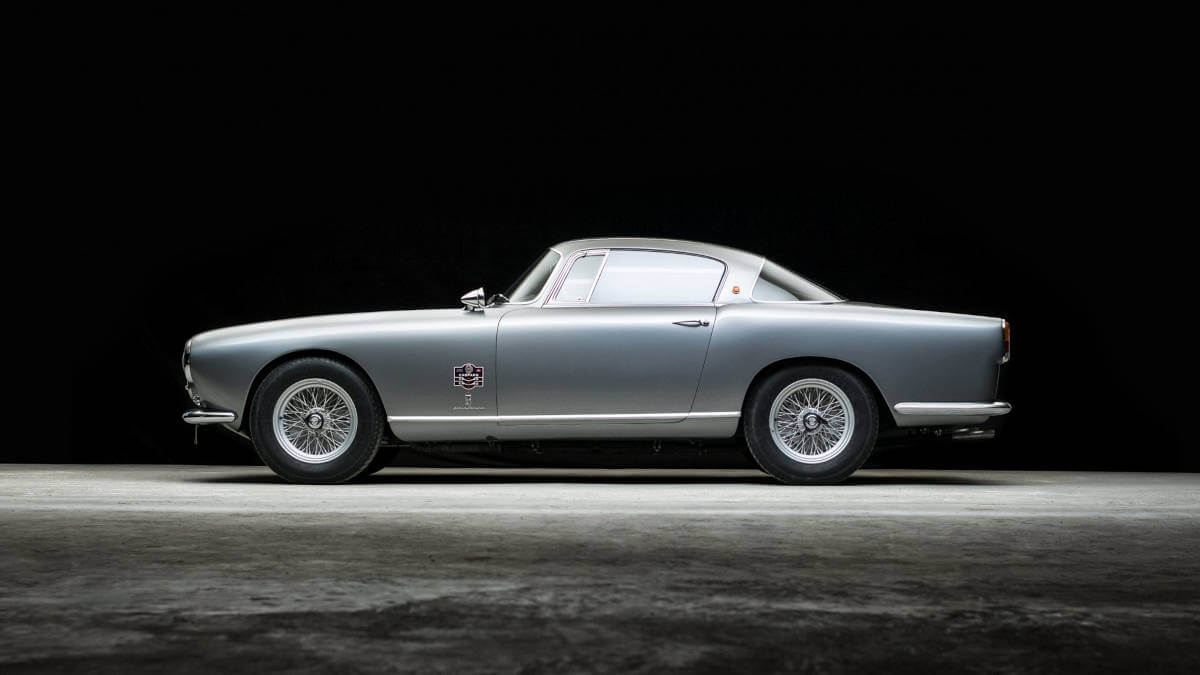 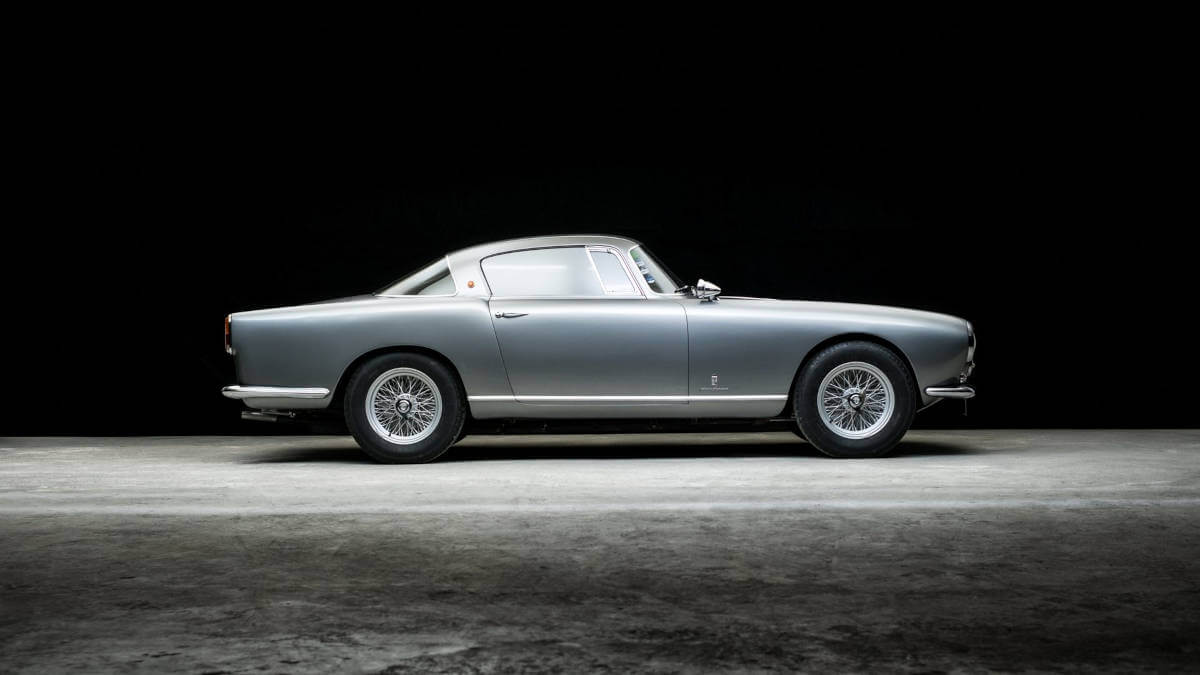 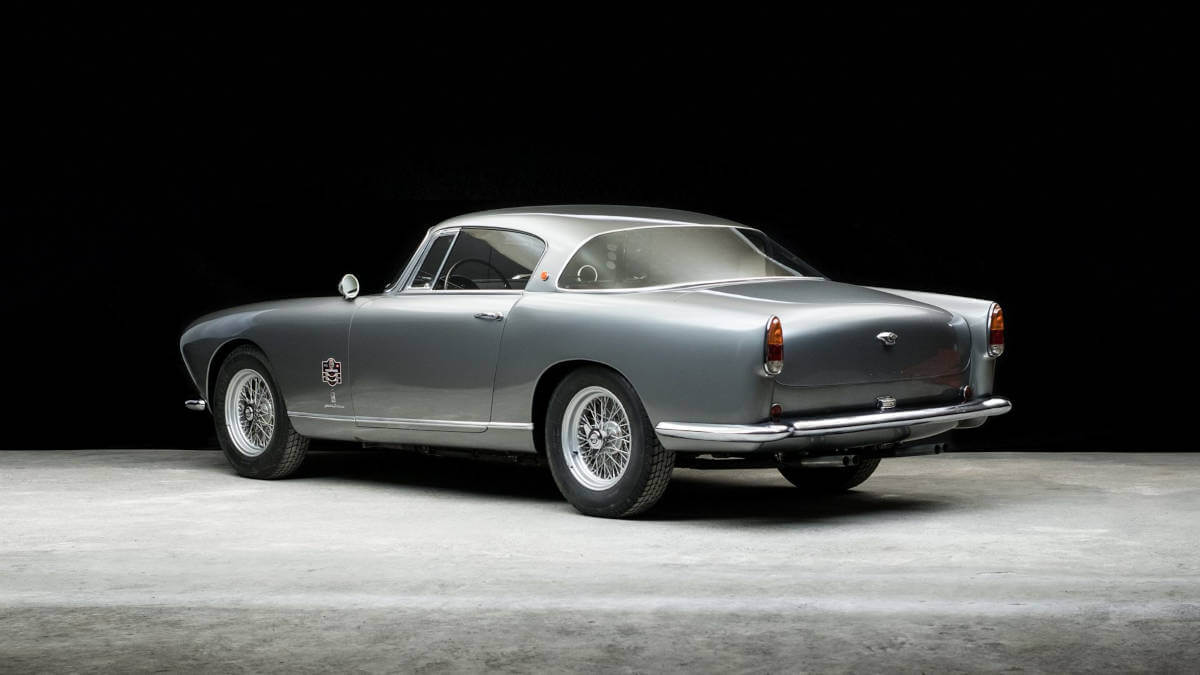 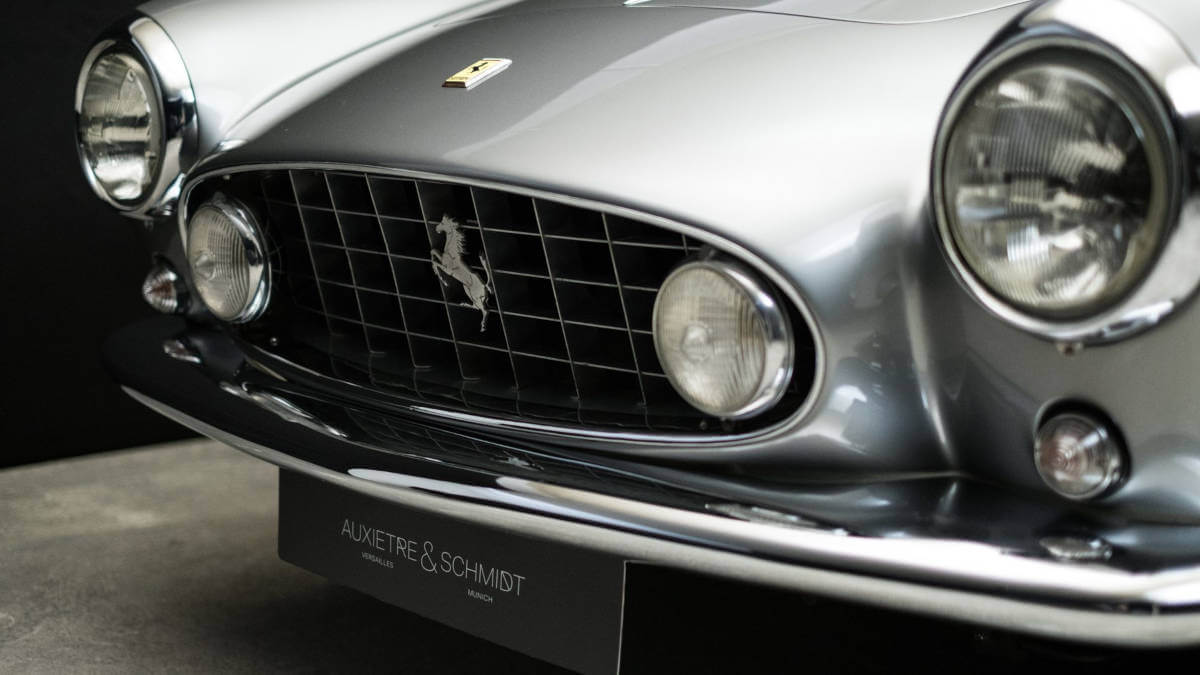 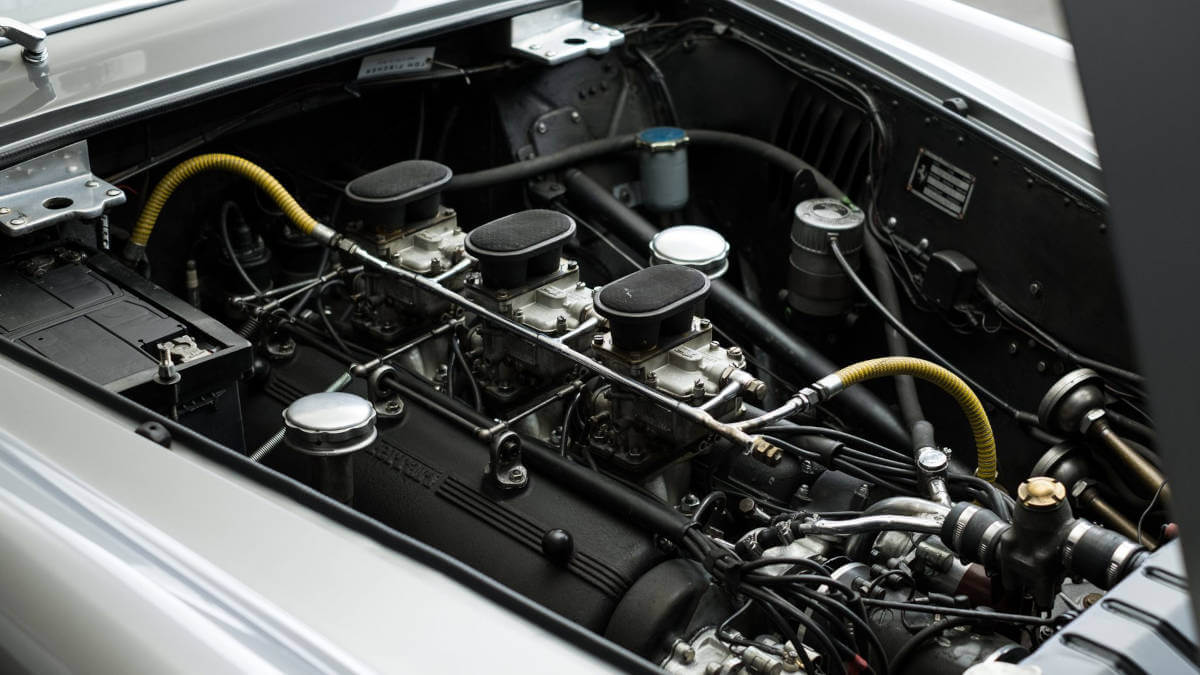 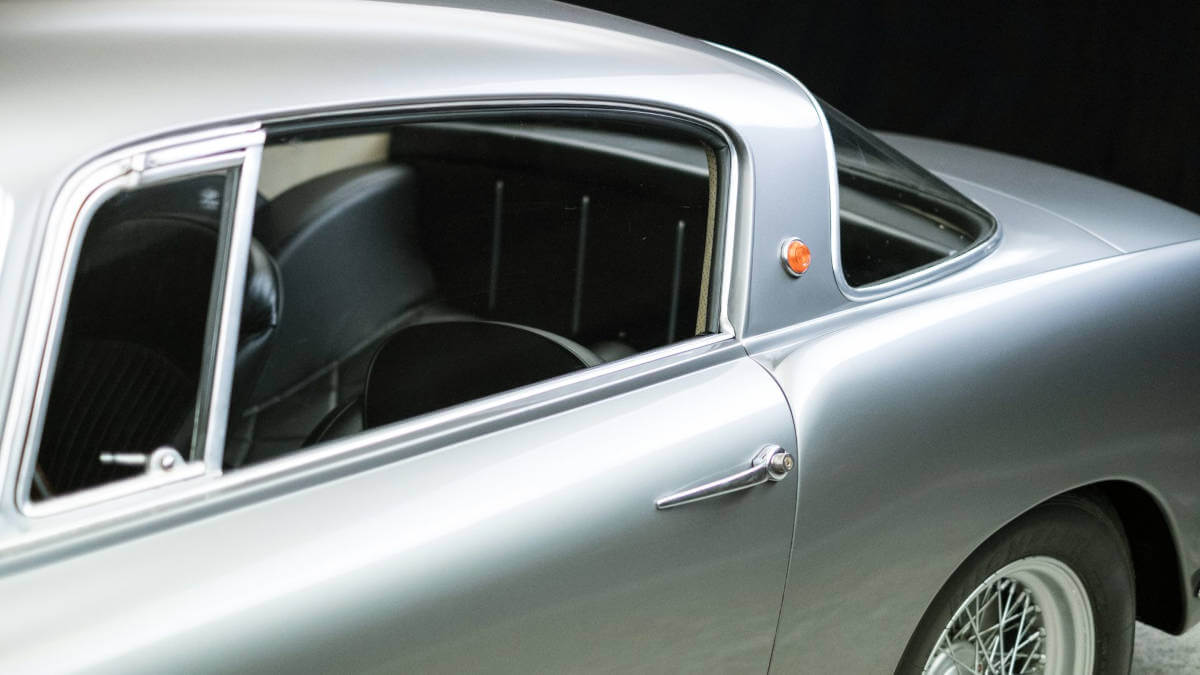 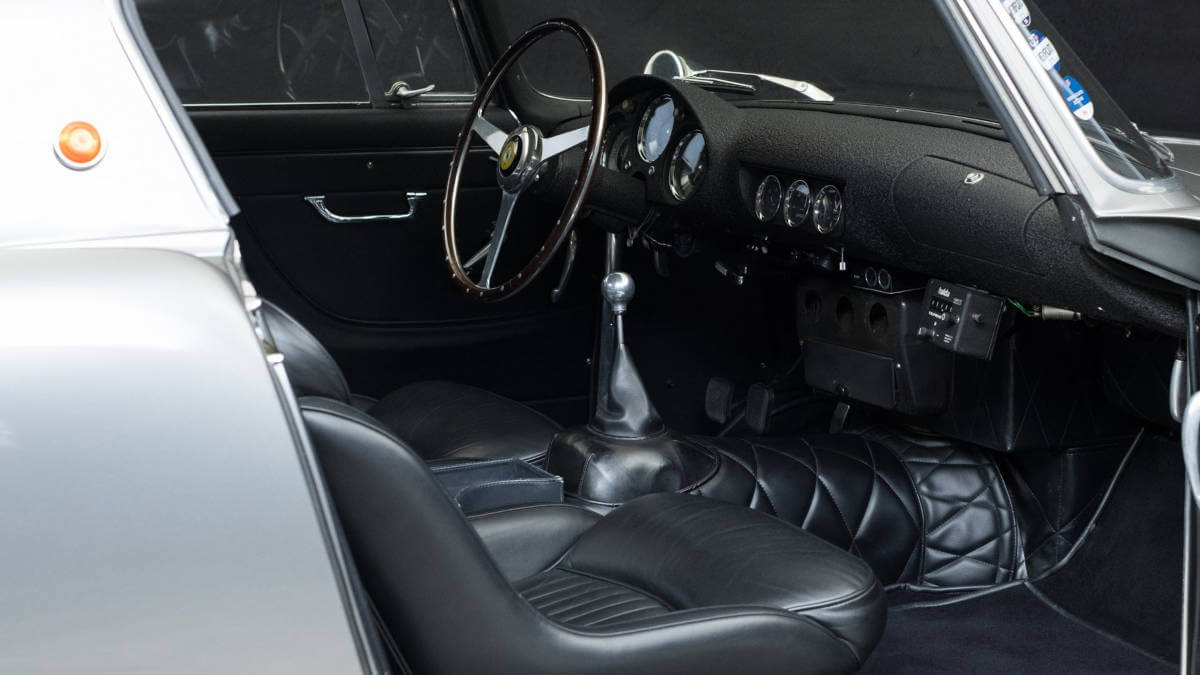 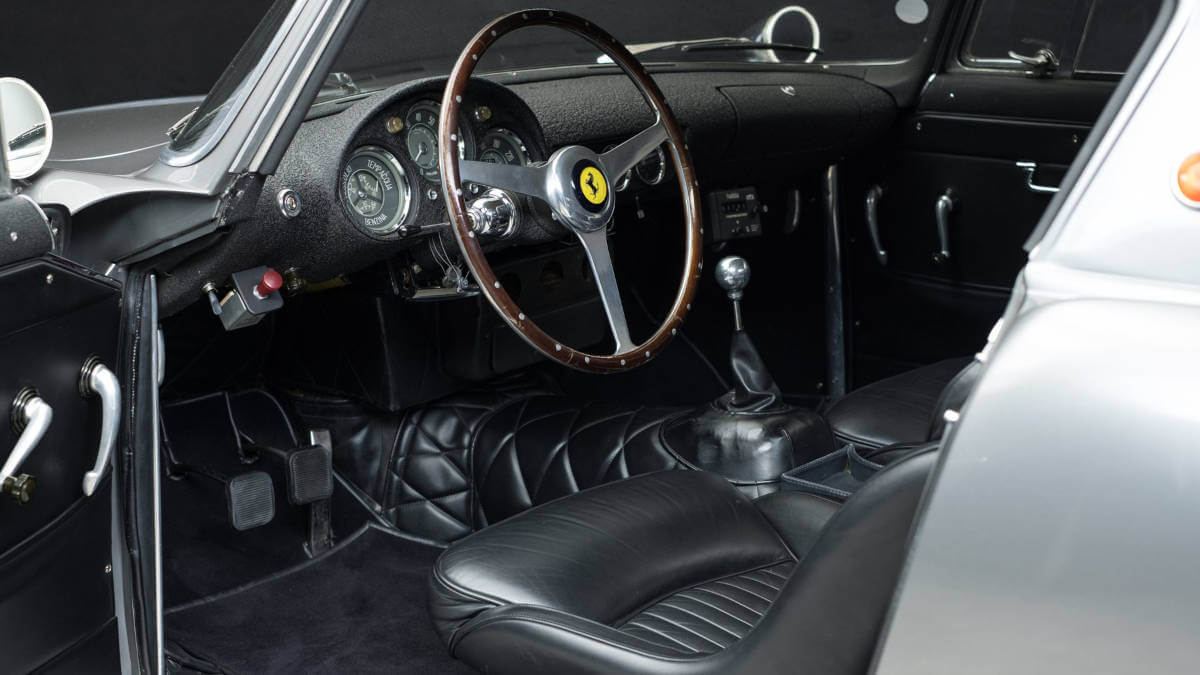 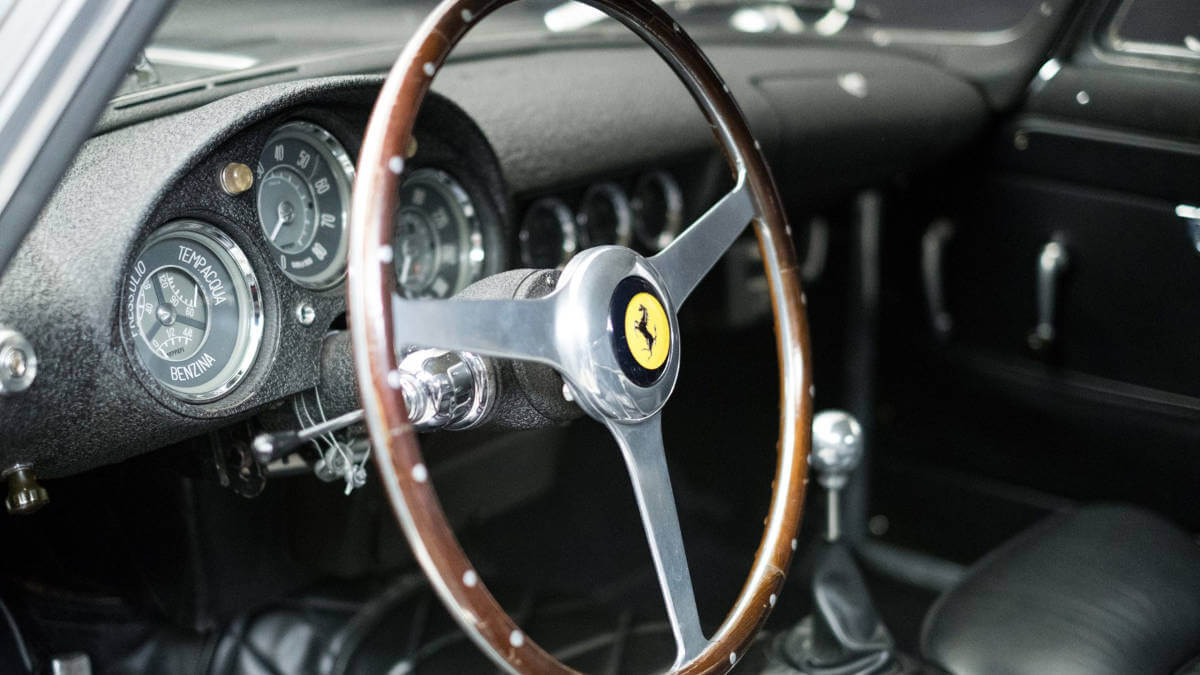 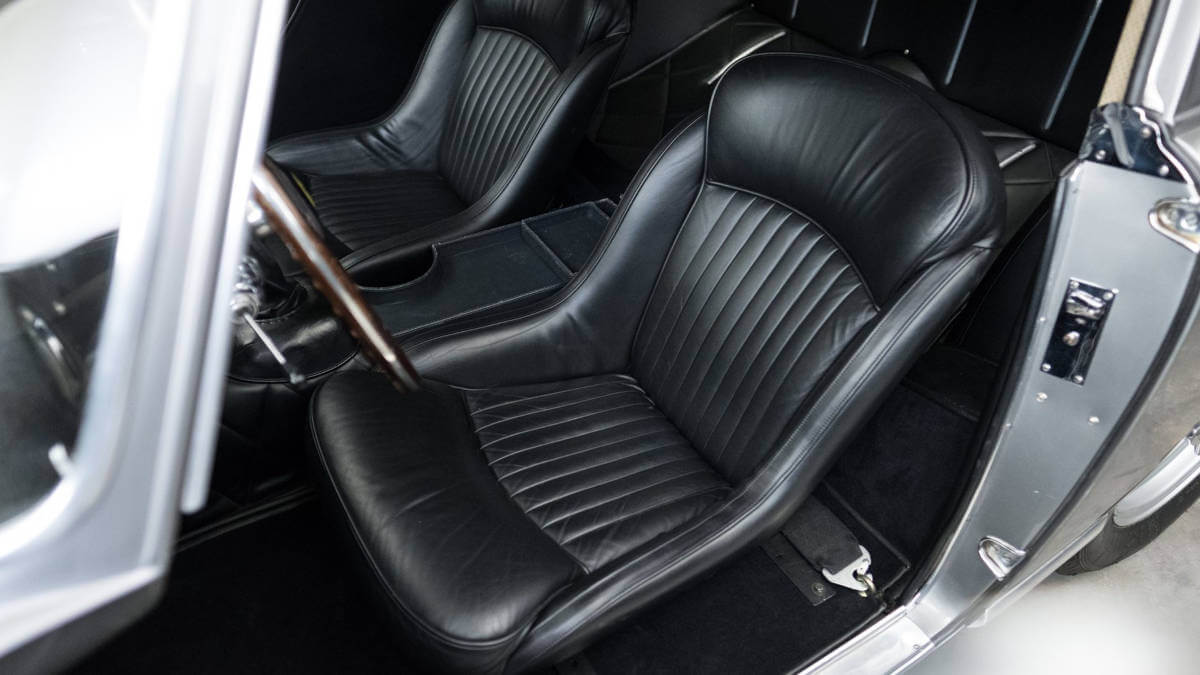 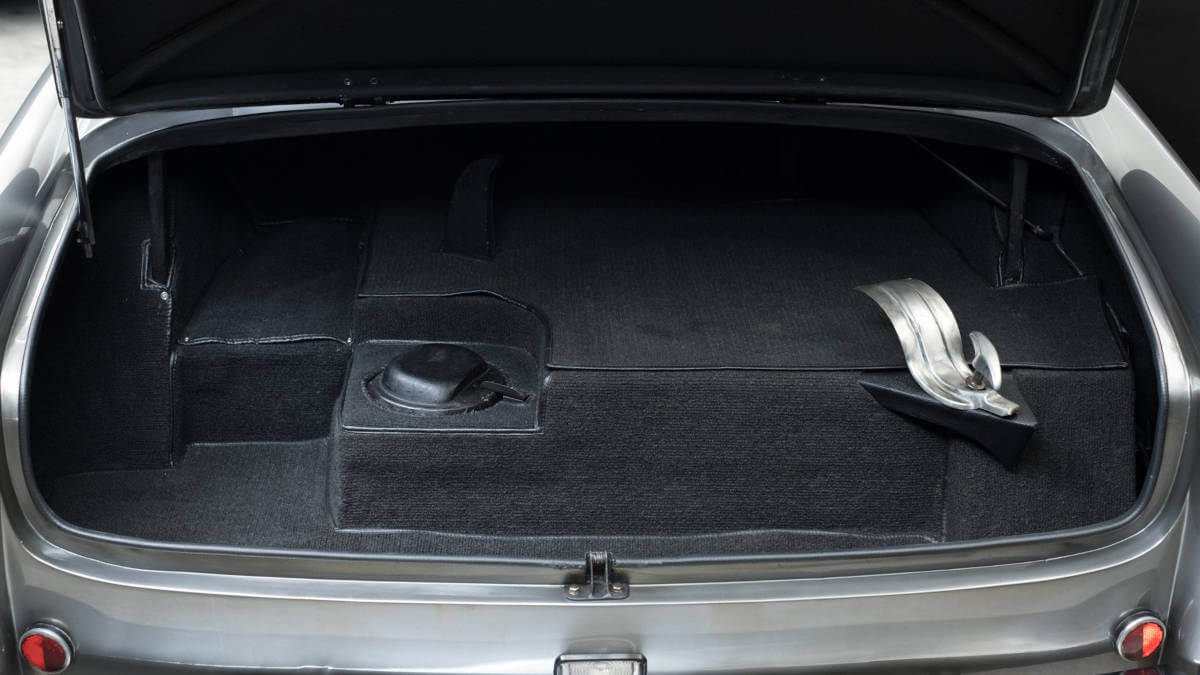 Time to return to the 250 GT Berlinetta from Pinin Farina. Based on the steel chassis with a wheelbase of 2.6 meters, this new variant was created. While Ferrari incorporated experience from the 250 GT Europa to improve the chassis and engine, Pinin Farina provided the unusual shape with influences from the 410 Superamerica. Only a handful of cars were built in this version before Boano took over. 0435GT was built in parallel to the world premiere of 0429GT and was ready in April 1956. The first owner was Guido Cantelli in Novara, Italy, a famous orchestra conductor and friend of Enzo Ferrari. He died in a plane crash that same year. Ferrari then bought the car back from his widow and sold it to Sergio Canara in Parma. He used the sports car with his wife for their honeymoon.

In 1969, the Ferrari found its way to Switzerland to a Mr. Messerli and on to a Mr. Oberson in 1980. At times, the 250 GT Berlinetta now wore a red paint job. After a presentation at the Swiss Ferrari Club’s anniversary event in Montreux in 1990, it took another decade before a sale took place through Carugati in Geneva. Daniel Patrick Brooks from the UK was the next owner. He had the car extensively restored at Cointreau in France including repainting it in the original two shades of silver. Upon completion, Mr. Brooks participated in the 2008 Tour Auto. For the next eight years, the car was in the collection of Stanislas de Sadeleer. Since 2015, it has belonged to the current owner in Germany, who had the original rear axle reinstalled. As a result, the Ferrari is now completely ‘matching numbers’. Currently, the classic car dealer Auxietre & Schmidt offers the sports car for sale. The price will only be disclosed to serious interested parties upon request.