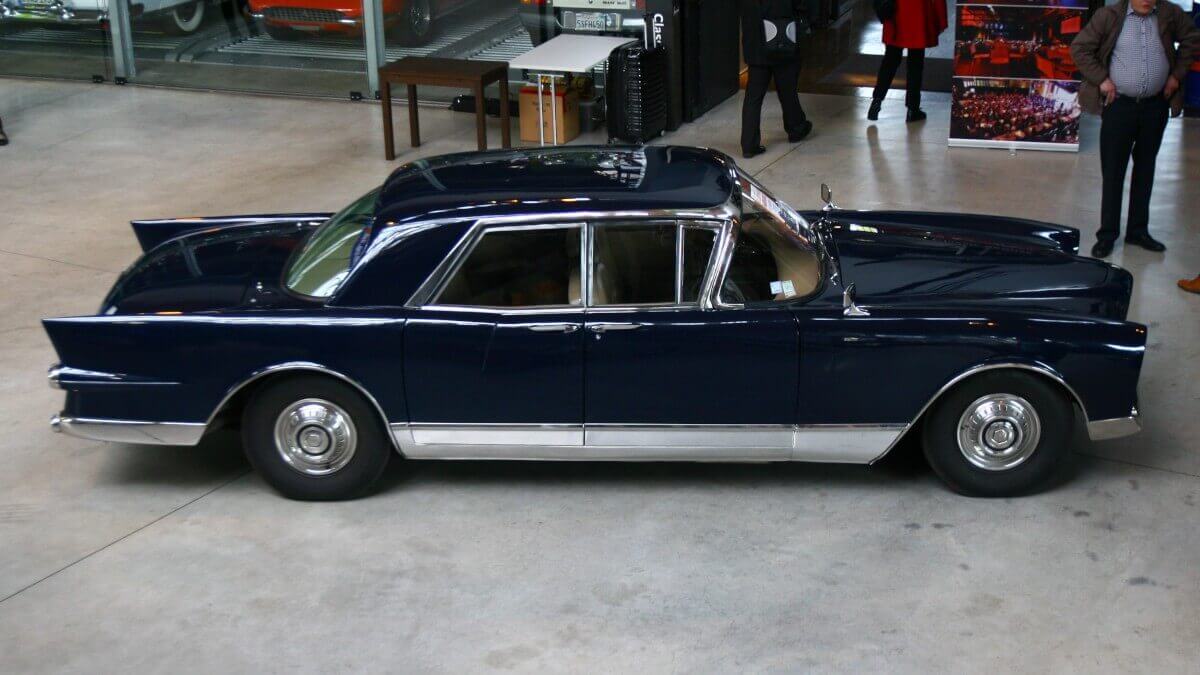 In the third part of our ‘unknown big cars’ report series, we highlight the biggest model of Facel Vega, the Excellence. Facel S.A. was a manufacturer of metal parts, founded by Jean C. Daninos in Paris in 1939. So the name doesn’t belong to the company founder but is short for ‘Forges et Ateliers de Constructions d’Eure-et-Loir’. Daninos worked with Citroën before, where he was an important member in the developing team of the 11CV ‘Traction Avant’. Before World War 2 he produced metal stampings for the aerospace industry as well as parts for furniture and kitchen manufacturers. After the war he offered this service also for automotie industry with his subsidiary Facel Métallon. This was used, among others, by Simca, Ford France, Panhard and Delahaye, as their coachbuilders and bodywork departments were damaged in the war or under-dimensioned for the prevailing demand.

In 1951 Daninos created a first self-designed car on a Bentley chassis. Two years later work began a completely separate sports car with an own chassis and a body screwed onto it. Pierre Daninos, writer and brother of company founder Jean C. Daninos, proposed a star as name for the sports cars and suggested ‘Vega’. Thus all the following sports cars, GTs and the luxury sedan we will feature here and today were offered under the make Facel Vega. In Great Britain these vehicles were even considered as ‘second best car in the world’ of its time – of course Rolls-Royce as British manufacturer couldn’t be reached. After Facel Vega ruined its reputation with the entry-level Facellia and its own-designed four-cylinder engine the production of all models ended in 1964. 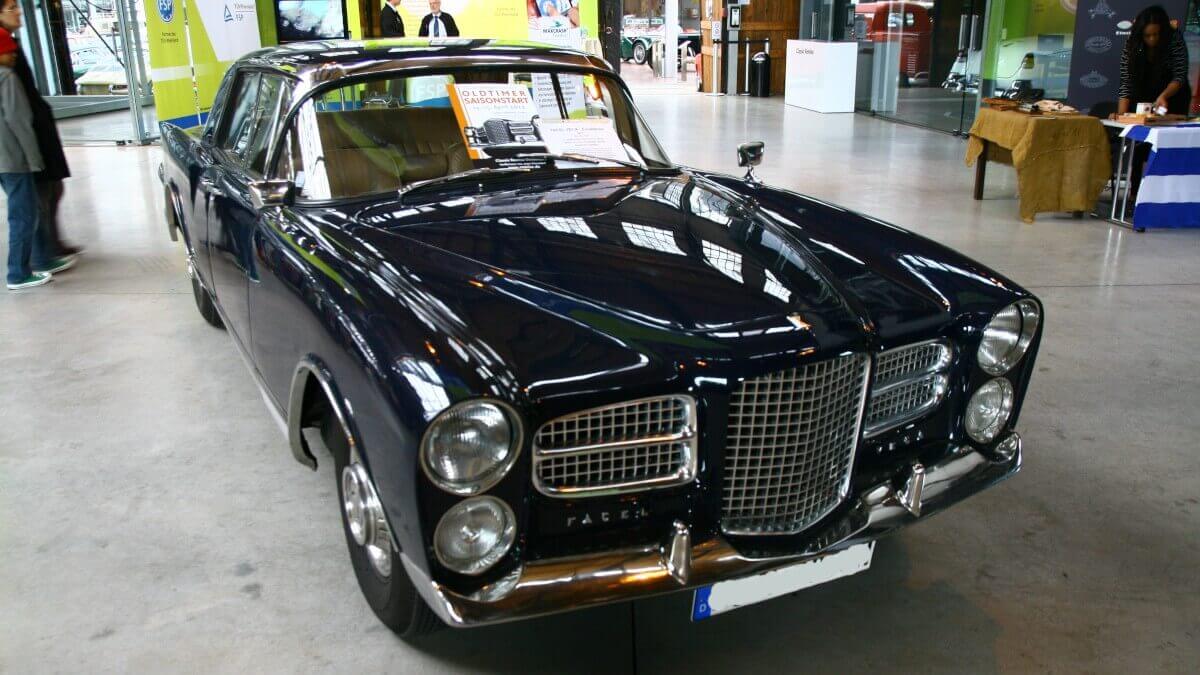 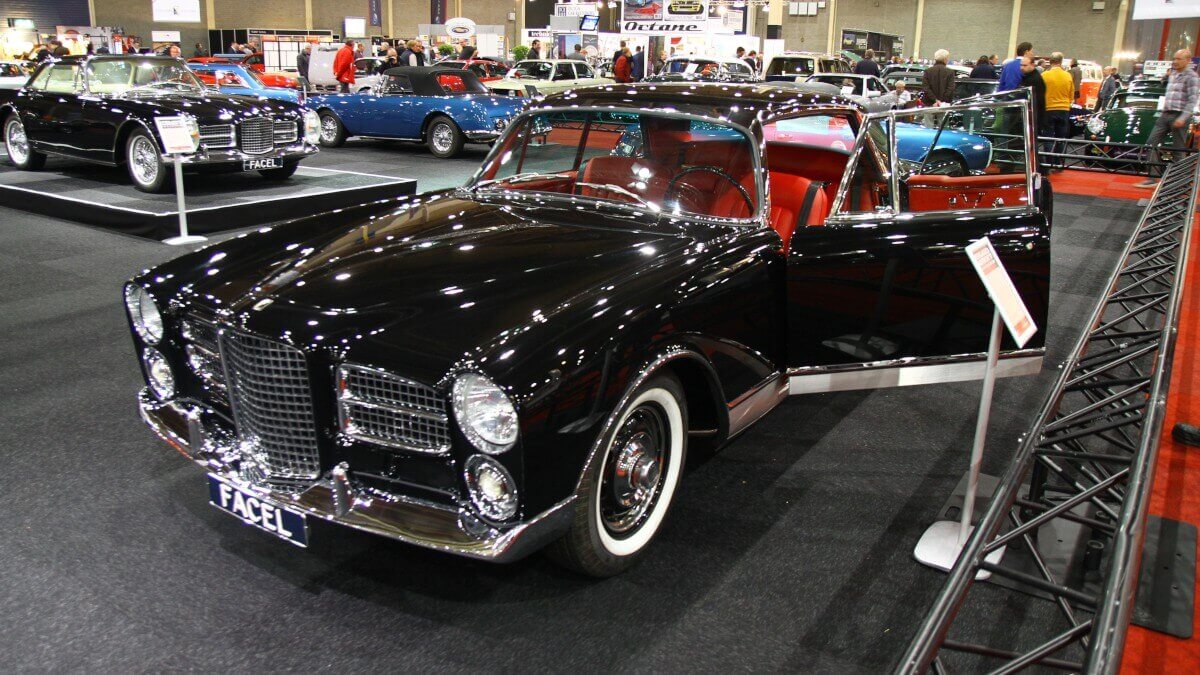 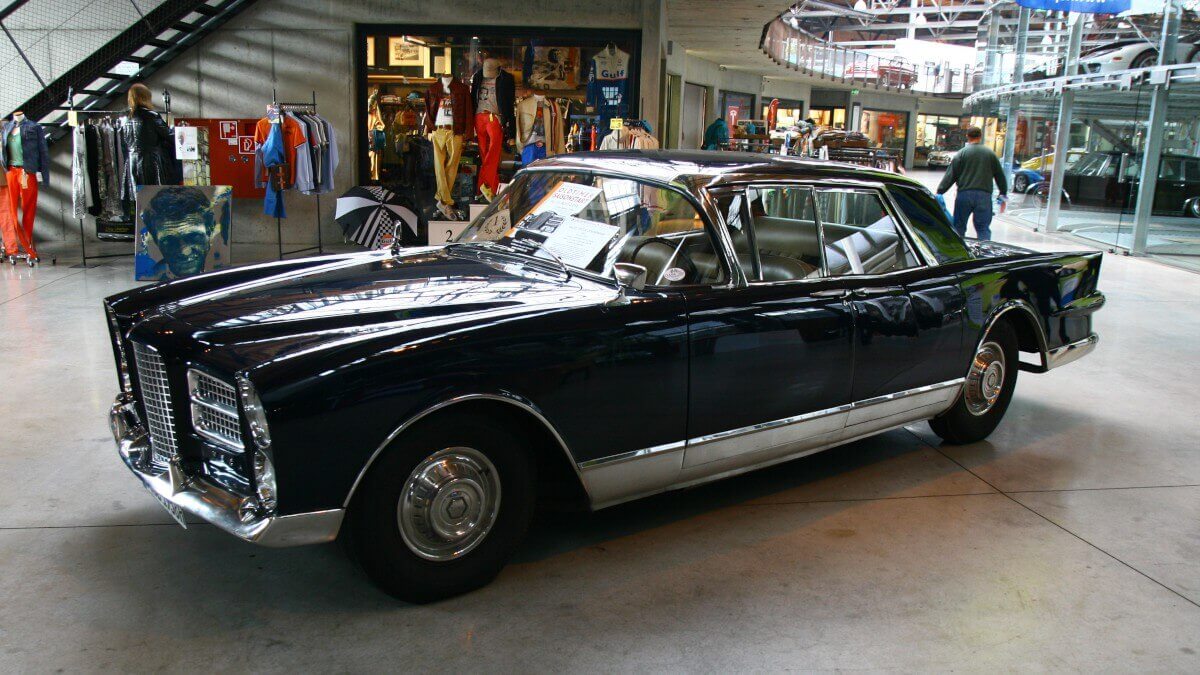 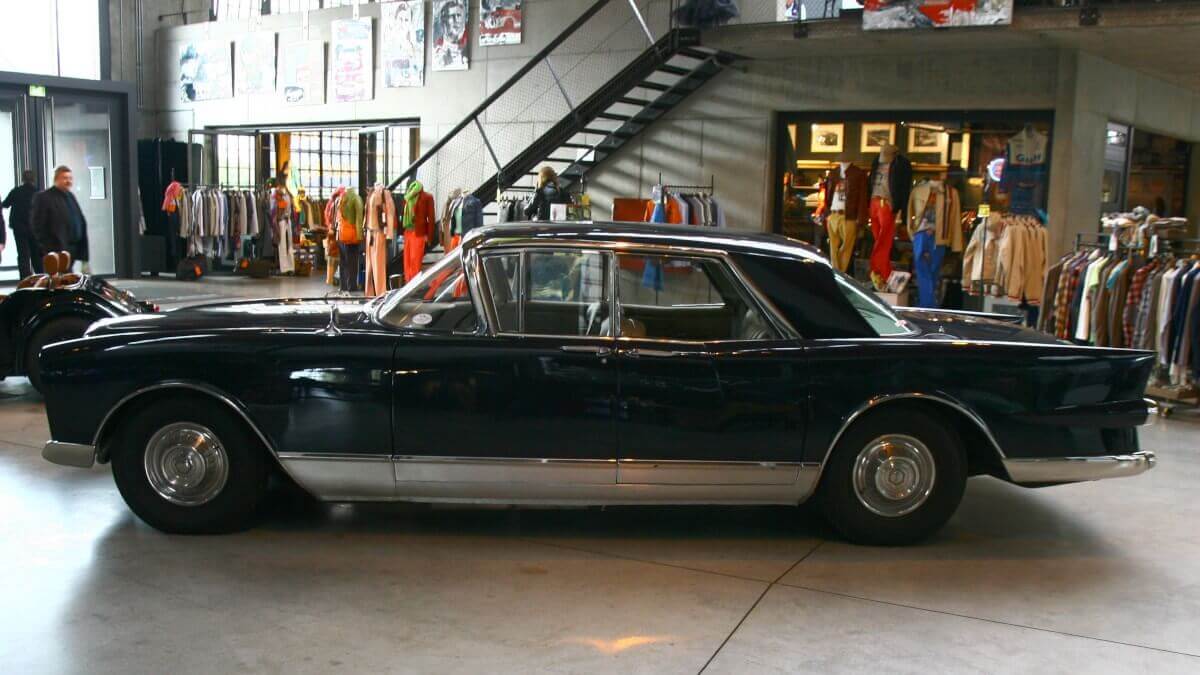 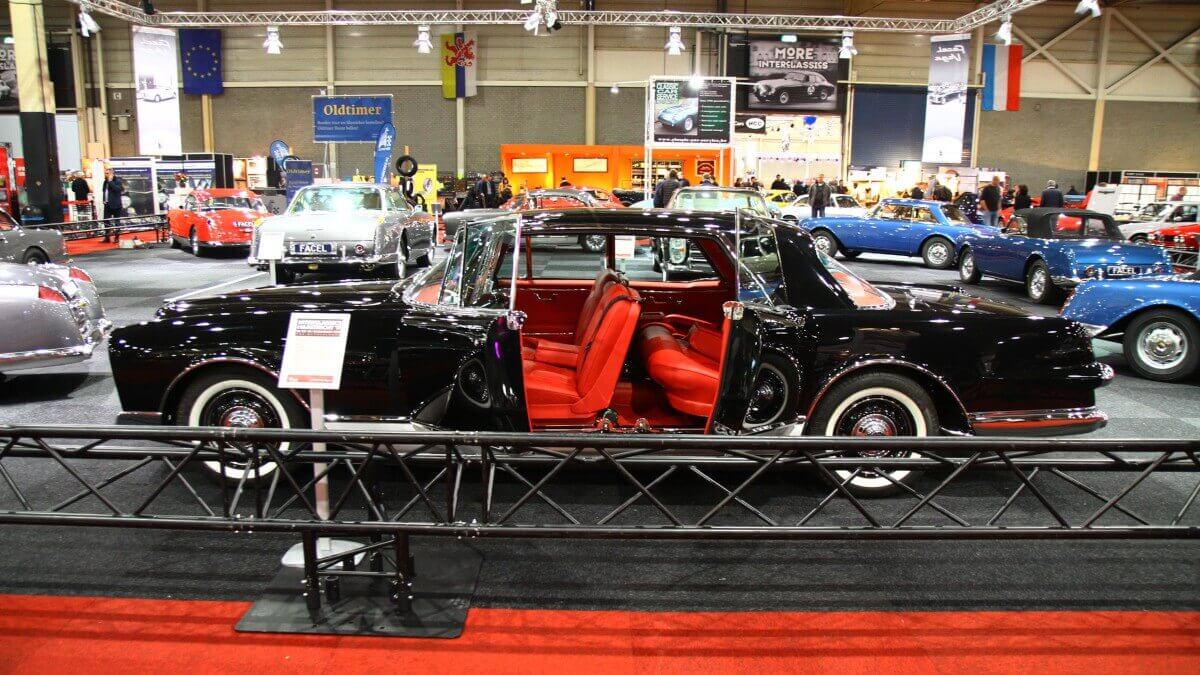 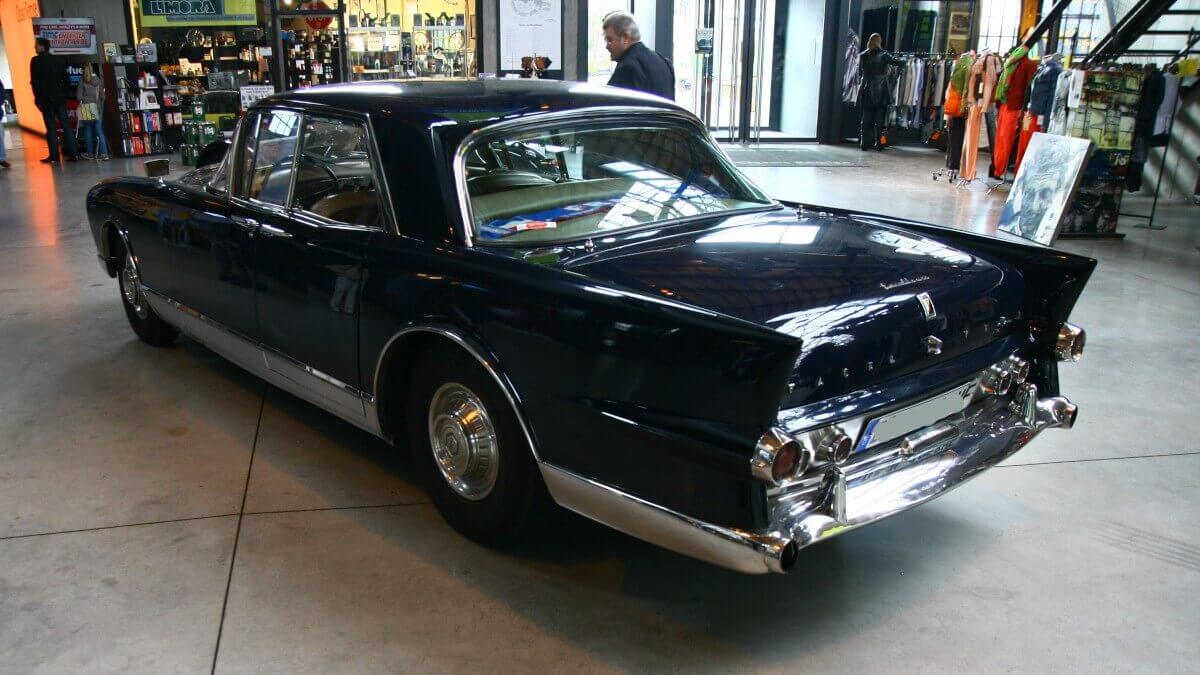 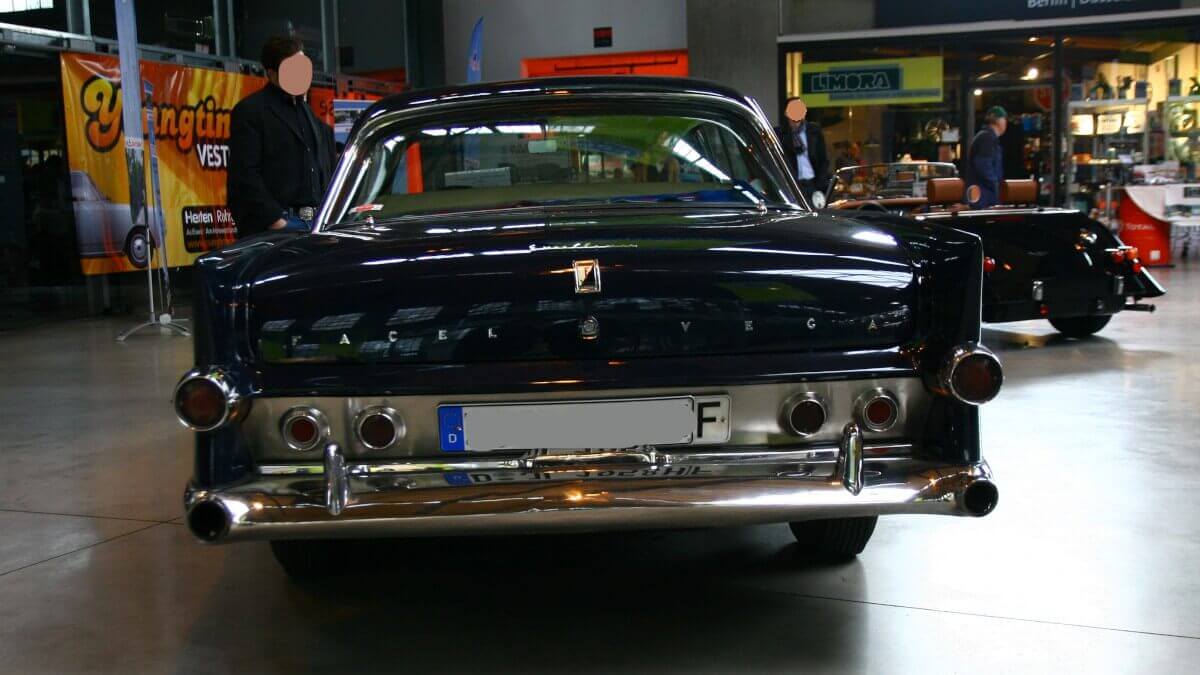 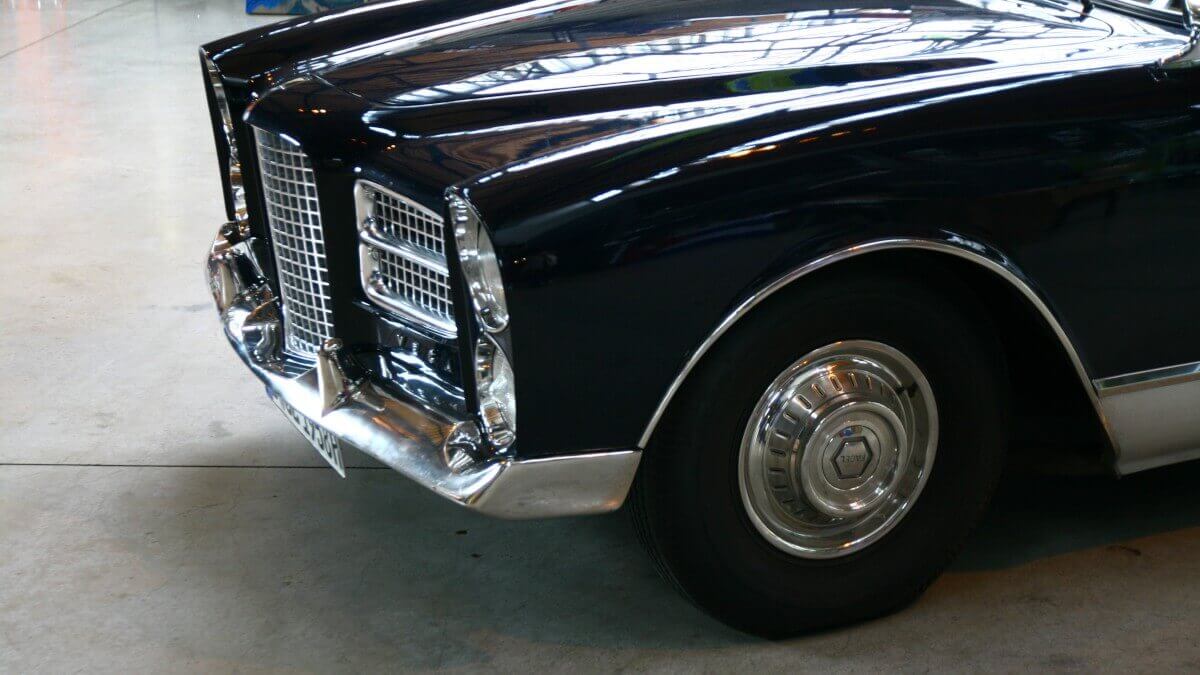 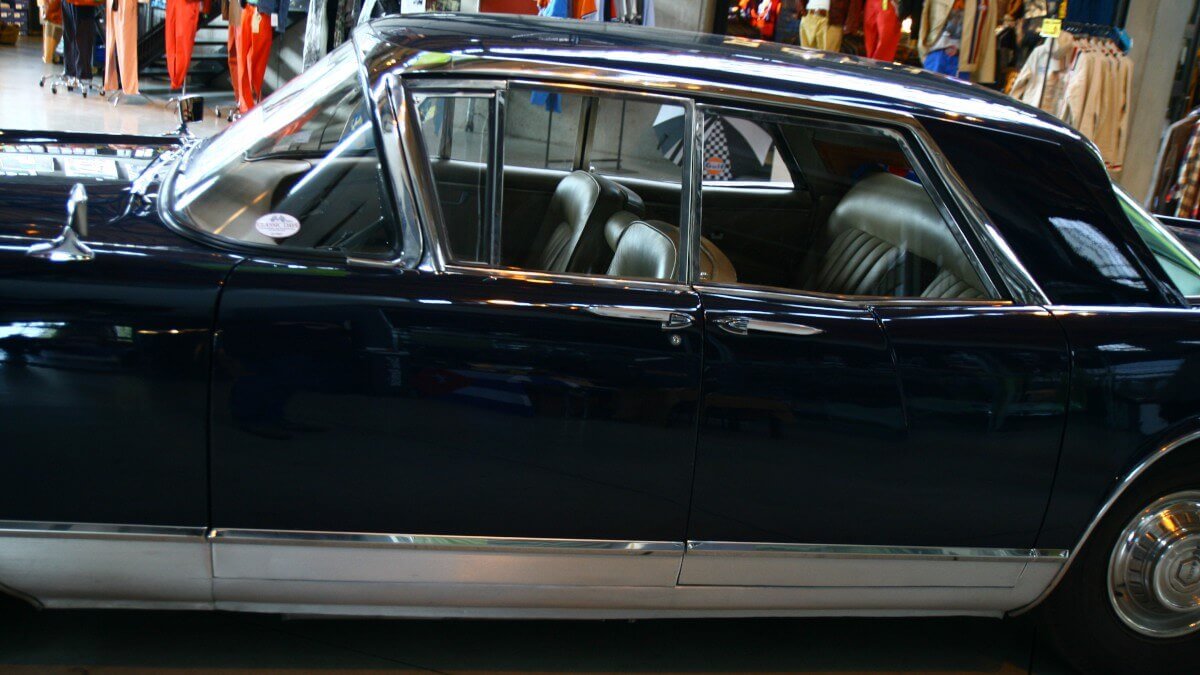 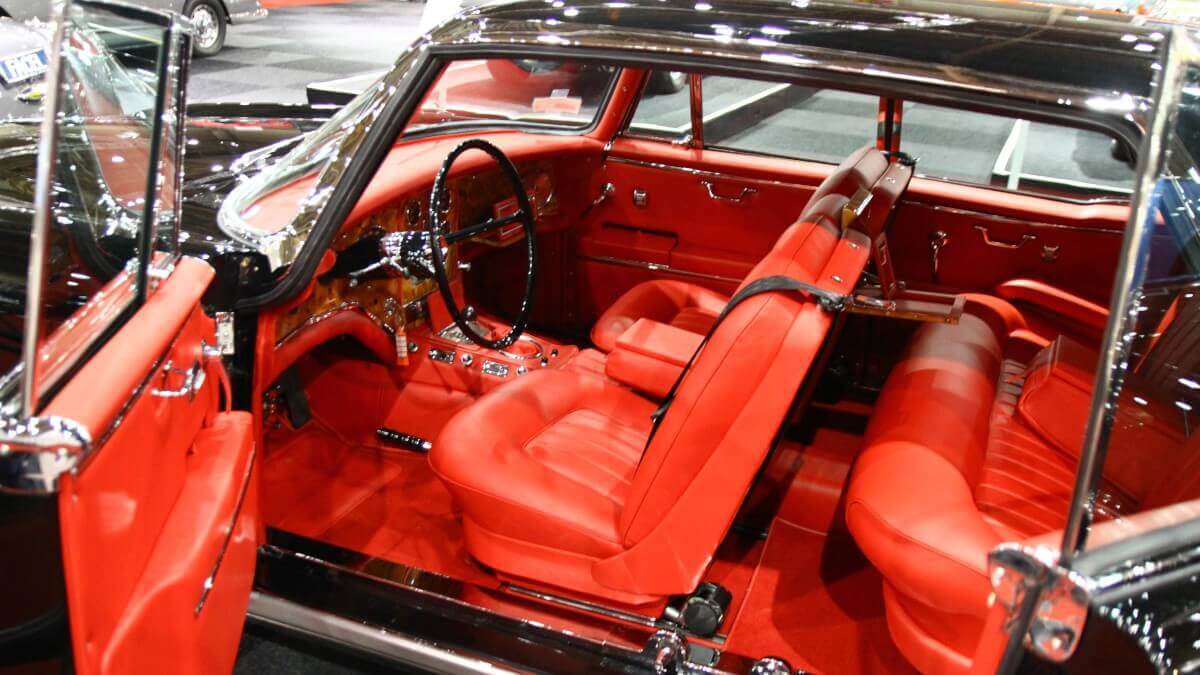 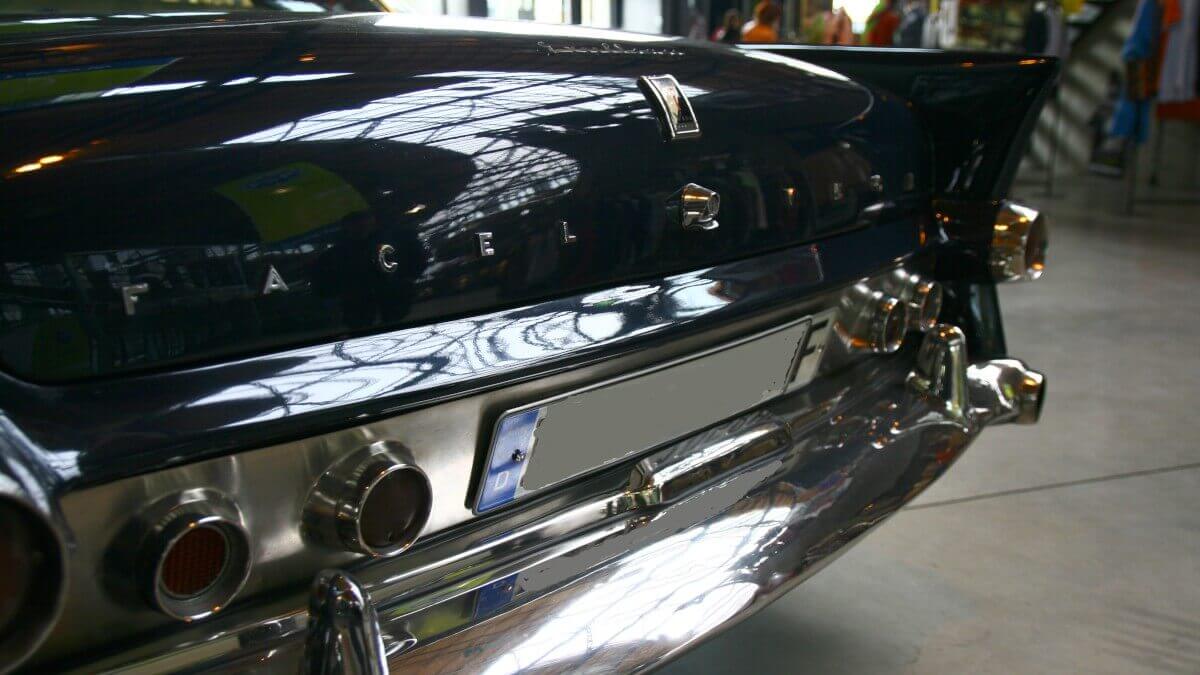 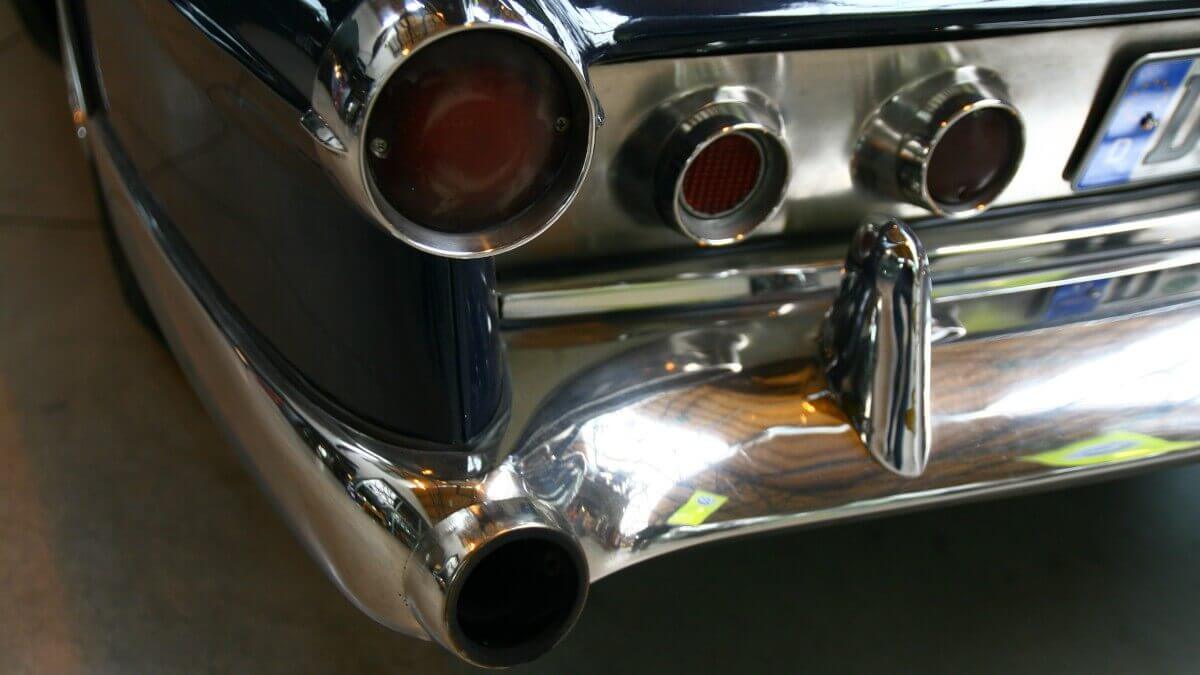 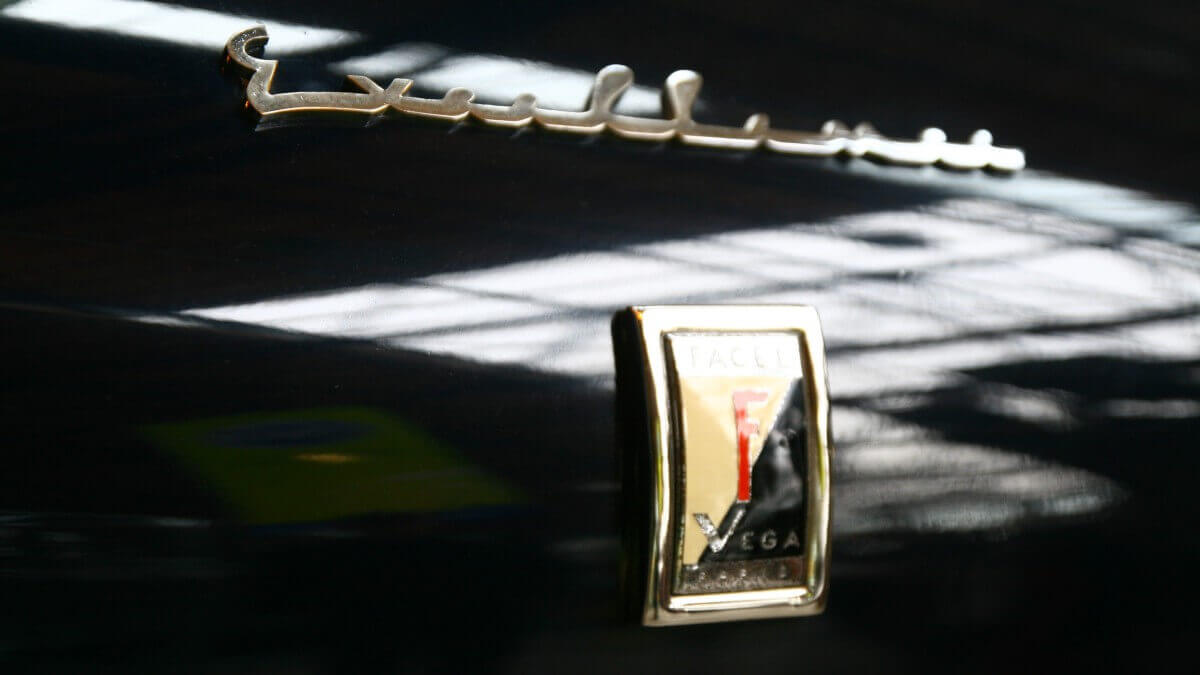 The luxury sedan Excellence, which is interesting for us at this point, first appeared at the 1956 Paris Motor Show – the home fair for Facel Vega. It should be a supplement to the Coupé and Convertible FV in the model line. At market launch in 1958 the successor HK 500 already was listed in the brochures. Visually the sedan continued the typical in-house design, which had already been partly introduced with the bodies of the Ford Cométe and later with the unique Bentley. At the front double headlights, which are mounted one over the other, shine on the road. Between them extends a wide, three-parted grille. The first series, built until 1961, also received a panoramic windscreen with corners drawn right into the doors. The gantries themselves open in opposite directions and clear the way to the leather-upholstered interior without disturbing B-pillars. At the rear end two small fins and round lights show a clear quote of US-american design of typical street cruisers. Series 2 received an extended wheelbase by ten millimeters and dispensed the panoramic windscreen and the tail fins. Inside the impression of a walnut decor was painstakingly handcrafted by painting it onto the dashboard. In the rear a chrome-plated brush and two empty perfume bottles in special brackets were waiting at the end of the center console.

Under the bonnet of the Excellence EX sat various V8 engines, which, however, were always purchased from Chrysler. The prototype at the Paris Motor Show still wore a 5.4-liter V8, which was replaced at the beginning of mass production against a 250-hp and 4.8-liter engine. Shortly afterwards they increased the displacement to 4.9 liters and power to 260 hp. As an extra equipment Facel offered the 6.4 liter HEMI-V8 engine with 367 hp. From the EX, however, only eleven copies were produced within a five months production period. Subsequently the conversion to the visually identical Excellence EX1 was done, which brought a 5.9-liter V8 with also 367 hp under its hood. There are two reasons for this step: one was the discontinuation of HEMI production at Chrysler in addition to reduced storage capacity and on the other hand the French luxury tax on vehicles over a certain displacement limit. That’s why Facel didn’t use the 6.7-liter V8, as it would have made the Excellence nearly unaffordable. However, with its performance the 5.2 meters long luxury sedan did not need to hide. From the Excellence EX1 Facel Vega built 137 copies.

After those, Facel changed production to the Excellence EX2 with the optical changes already mentioned above, a bit more length and a 394-hp V8 with 6.4 liters displacement. Despite more power and (according to company information) same kerb weight, driving dynamics didn’t improve. Within three years only eight vehicles were produced. No wonder at a base price of 72,500 RF (French Franc to 1973), for which one would have received, for example, twelve Renault Dauphine or at least four new DS sedans from Citroën at the same time. With a total production of just 156 cars, the Facel Vega Excellence is rarely seen nowadays and even less available for sale. Really high interest does not prevail, as many collectors do not even know about this special, well-designed and fast French sedan. Maybe we can change that with this article?