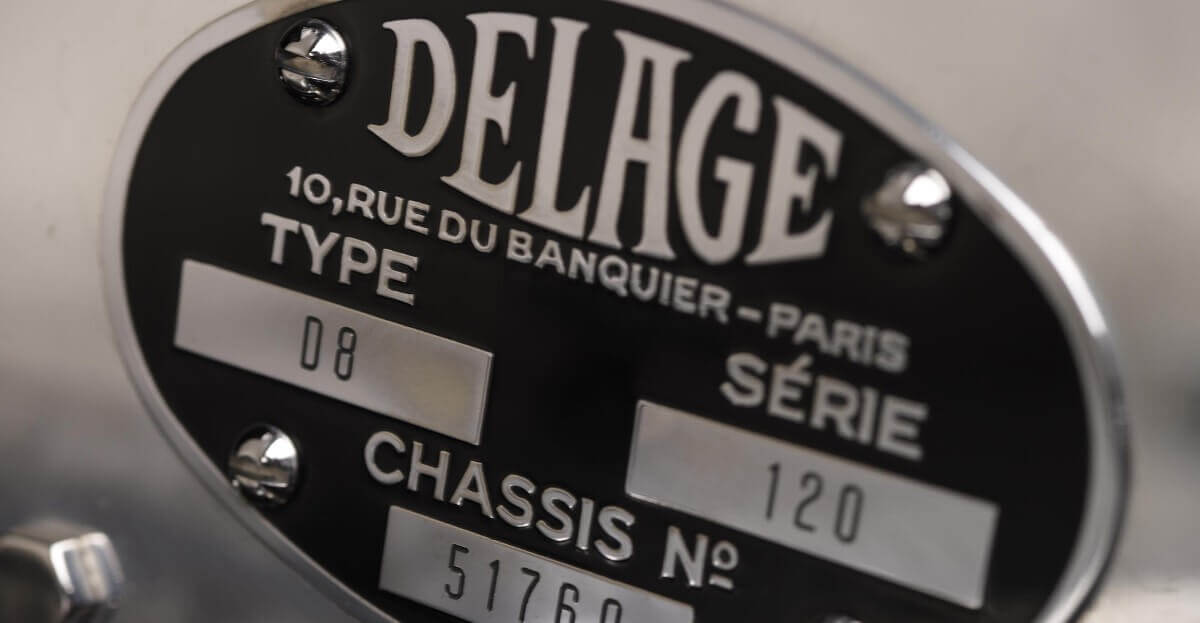 In January 1905 Louis Delâge and Augustin Legros founded the company Automobiles Delage. Within the first three years they were only coachbuilders for bought engines and chassis. From 1908 onwards they also built engines and own chassis. Successes in motor racing, for example 1914 at the Indy 500 in USA, lead to more customers for the French sports cars. After World War 1 they started the production of luxury cars again and developed their own style for the ‘Golden 20s’. Next to those works cars they delivered chassis to coachbuilders for own bodyworks by order of the customers.

Due to financial troubles they had to sell the company to competitor Delahaye in 1935, who sold cars under the Delage badge until 1953. One of them was the D8 with a four litres inline 8-cylinder engine, that debuted back in 1933. In its last outing as the D8-120 this motor got 120 PS. Only 66 cars were produced between 1937 and 1939 when World War 2 stopped production all together. After the war Delage only built six-cylinder cars. 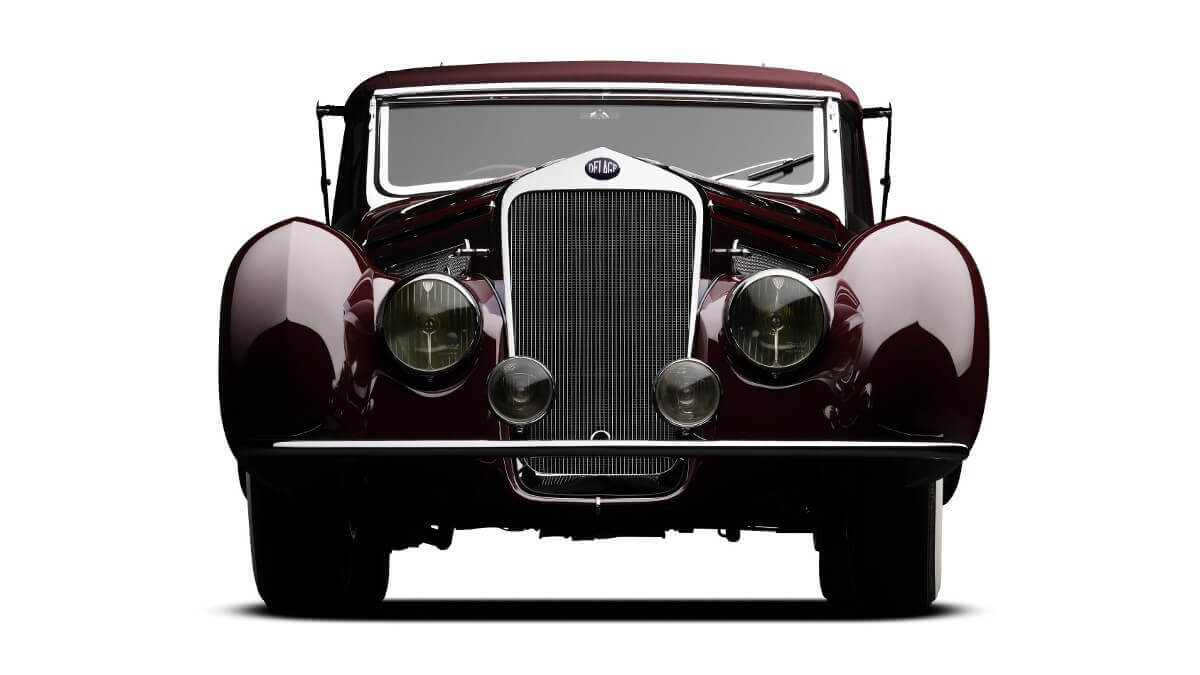 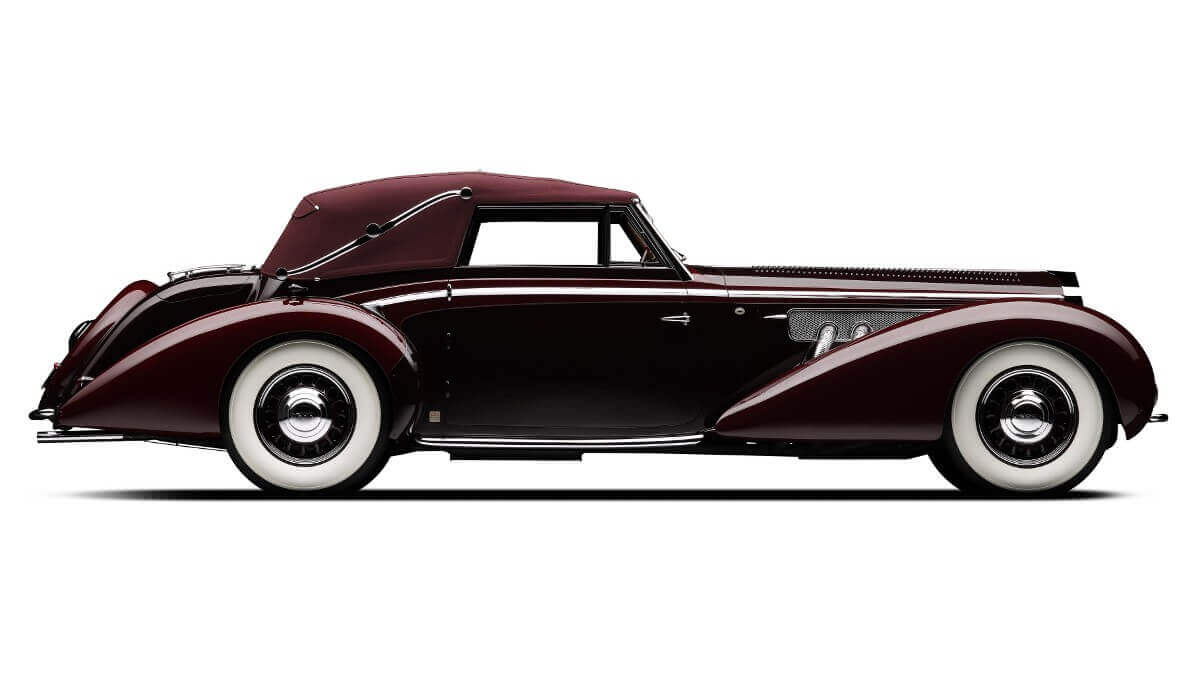 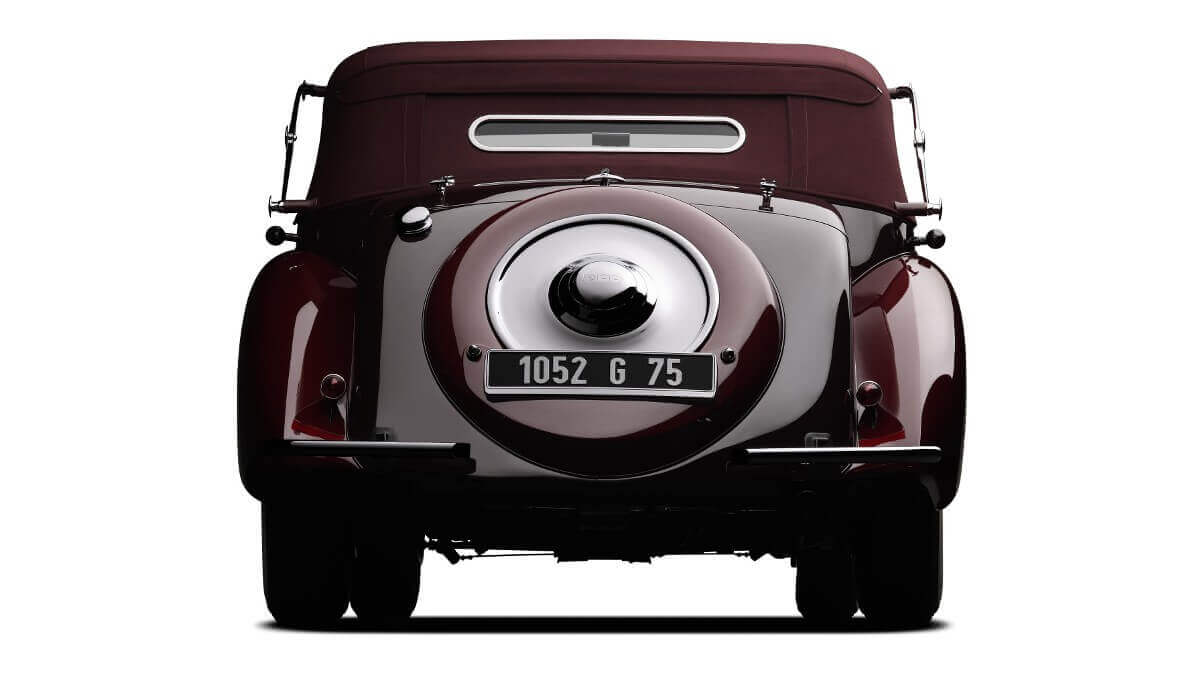 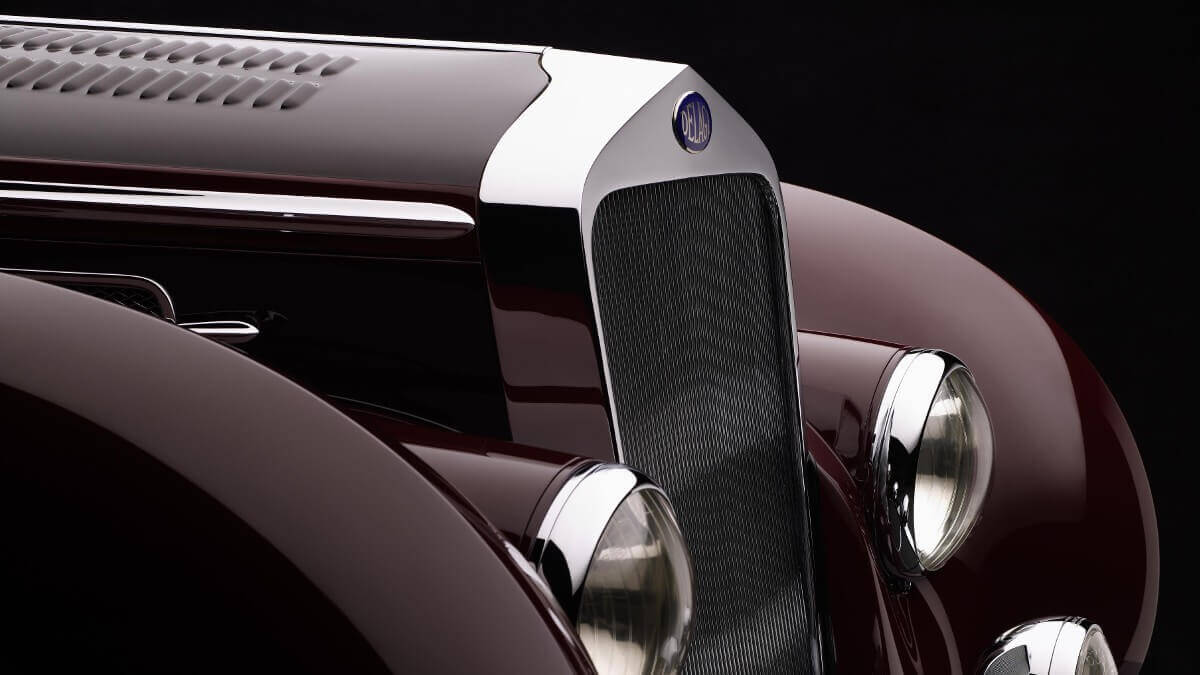 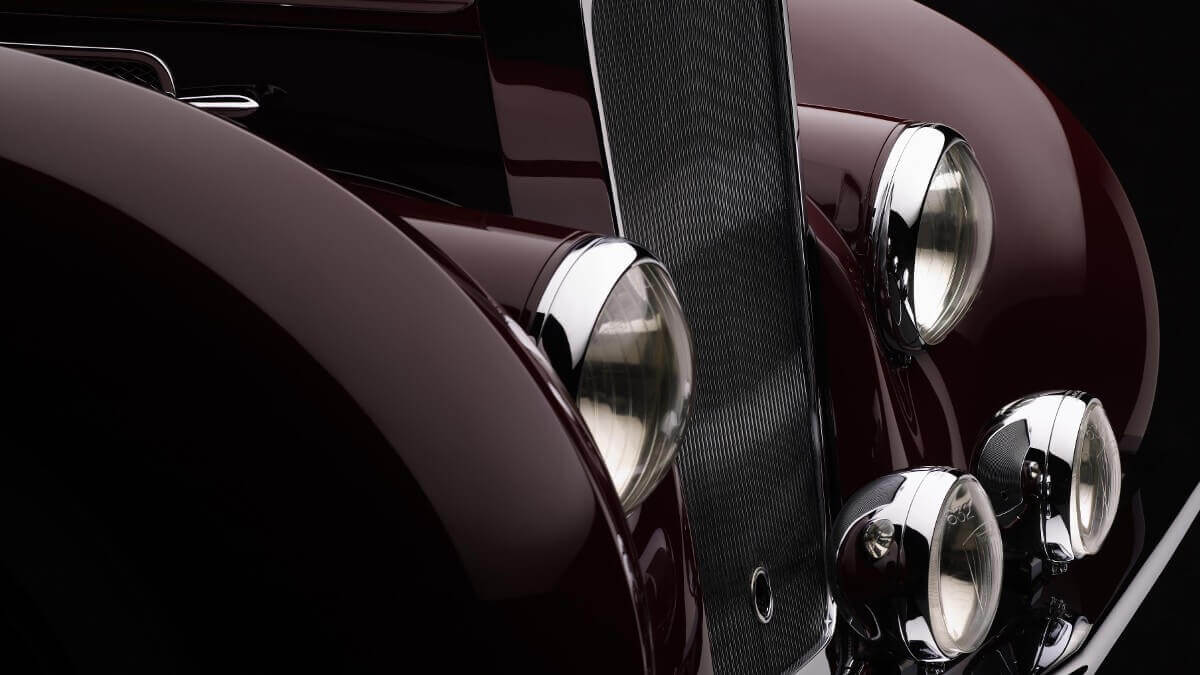 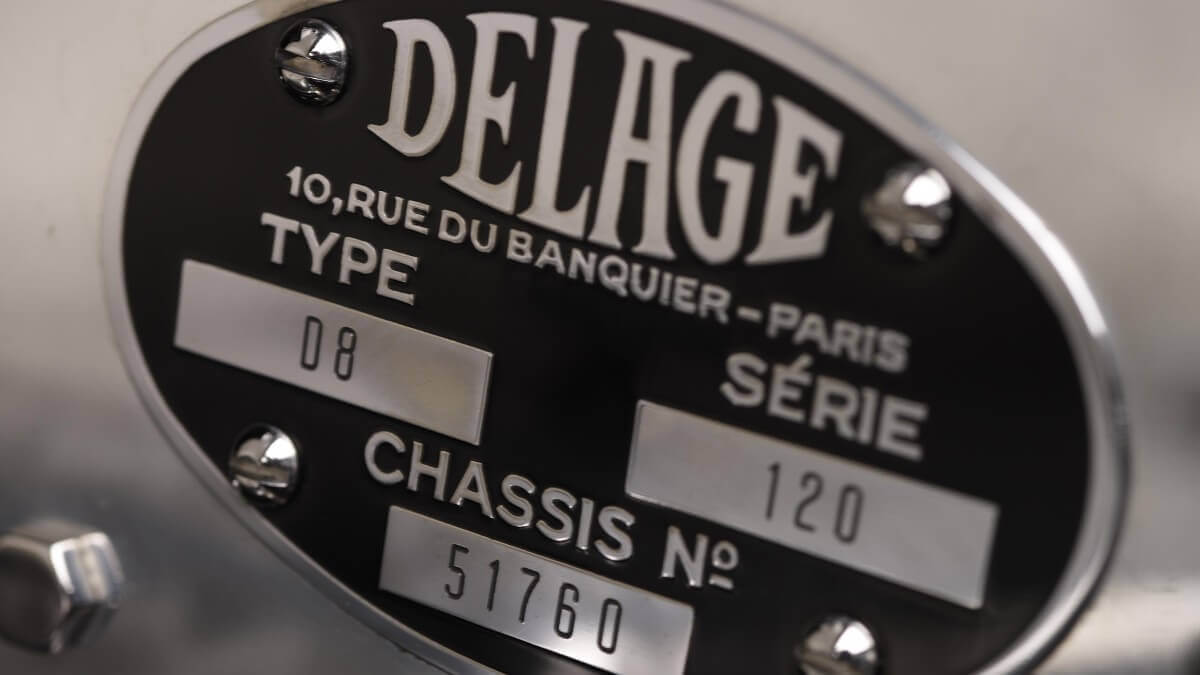 One of these 66 examples is chassis number 51760, which was delivered as a chassis to Henri Chapron in 1939. There it got a four-seater Cabriolet bodywork with a three-position roof that can be fully opened or just over the front passengers. First owner was a French general from Vichy government who collaborated with German Third Reich. After World War 2 he sent the car to California but failed to get a visa himself and fled to Argentina. He sold the car to the RKO studios in Hollywood, which used it for the movie ‘An American in Paris’. Before it got modified rear lights and a repaint to two-tone green by Chapron.

Many years later, in 1987, US car collector Peter Mullin bought the D8-120 at auction and restored it back to original configuration and color combination. Since than he showed it at different Concours events all over the US and never got less than second place in class. The car also is part of his Mullin Automotive Museum in Oxnard/California. From June 30th to July 1st the Cabriolet will be at Hevenham Concours in Great Britain after it has been at the ’21 Gun Salute Concours’ in India and the Villa d’Este Concorso d’Eleganza in Italy.