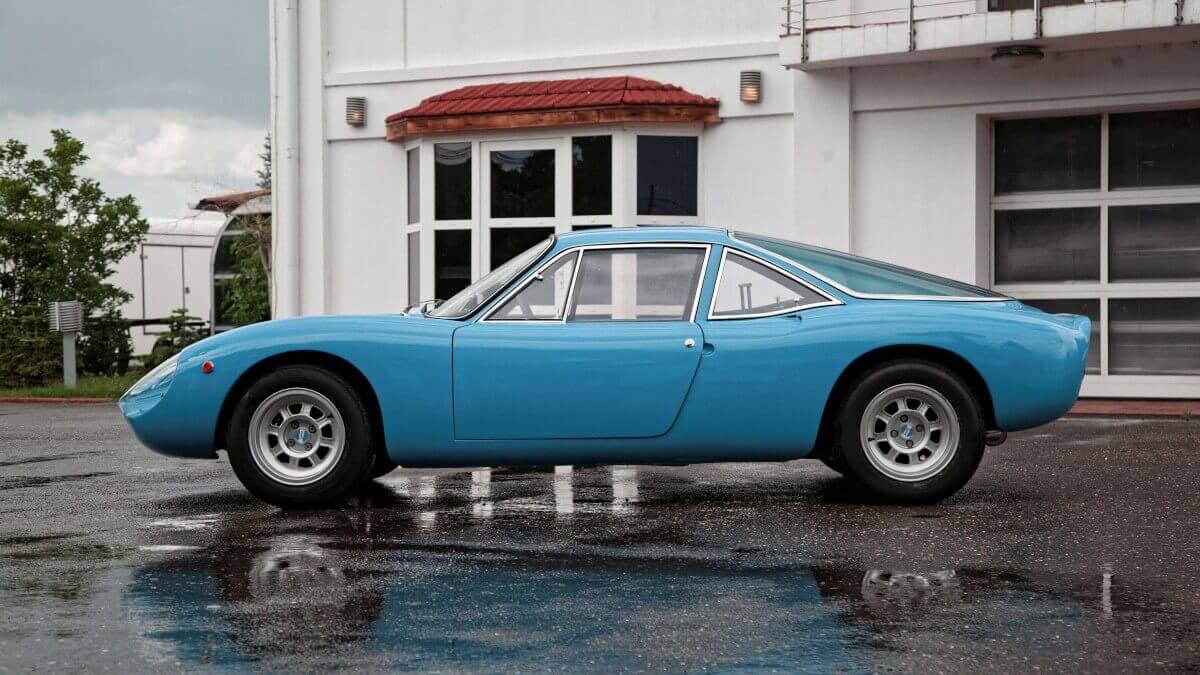 There would be a lot to write about the Italian car brand De Tomaso. And this despite the fact that the original company only existed from 1959 to 2004, even though the final liquidation took until 2012. Even the subsequent story about the use of the trademark rights offers enough material for an exciting thriller, but it is not our topic at this point. Instead, we will look back on the early days of this company, which was founded in Modena in 1959 by Argentine-born businessman Alejandro de Tomaso with the financial support of his wife Isabelle Haskell. He remained a citizen of his native country throughout his life, and he continued to feel connected to it with the colors of his brand logo. Initially, De Tomaso designed monoposto race cars for Formula 1, some of which were sold to private teams and some were used by the own factory team. However, the assignments, which often took place at races that didn’t belong to the world championship, were crowned with only a few successes.

For this reason, the Italian brand began to develop road sports cars from the early 1960s, in order to finance the construction of new racing cars. They concentrated on the development of a central tube frame. In the end it was very similar in its design  to that of the Lotus Elan, which had been launched in 1962. Carrozzeria Fissore from Saviglione covered the first prototype with an open Spyder bodywork made from aluminium. Alejandro de Tomaso promised a topspeed of 220 kph (136.7 mph) at the world premiere in Turin in 1963, which seemed a bit ambitious in view of the 1.5-liter Ford four-cylinder engine. For series production of the De Tomaso Vallelunga, the decision was made in favour of a closed Coupé body, for which designs were received from both Fissore and Ghia, despite some customer enquiries. For the 1964 Turin Motor Show, Fissore produced two prototypes in aluminium with a completely hinged rear section, into which a large panoramic window was integrated above the mid-engine. However, De Tomaso decided to use the Ghia design by Giorgetto Giugiaro for the following series production. 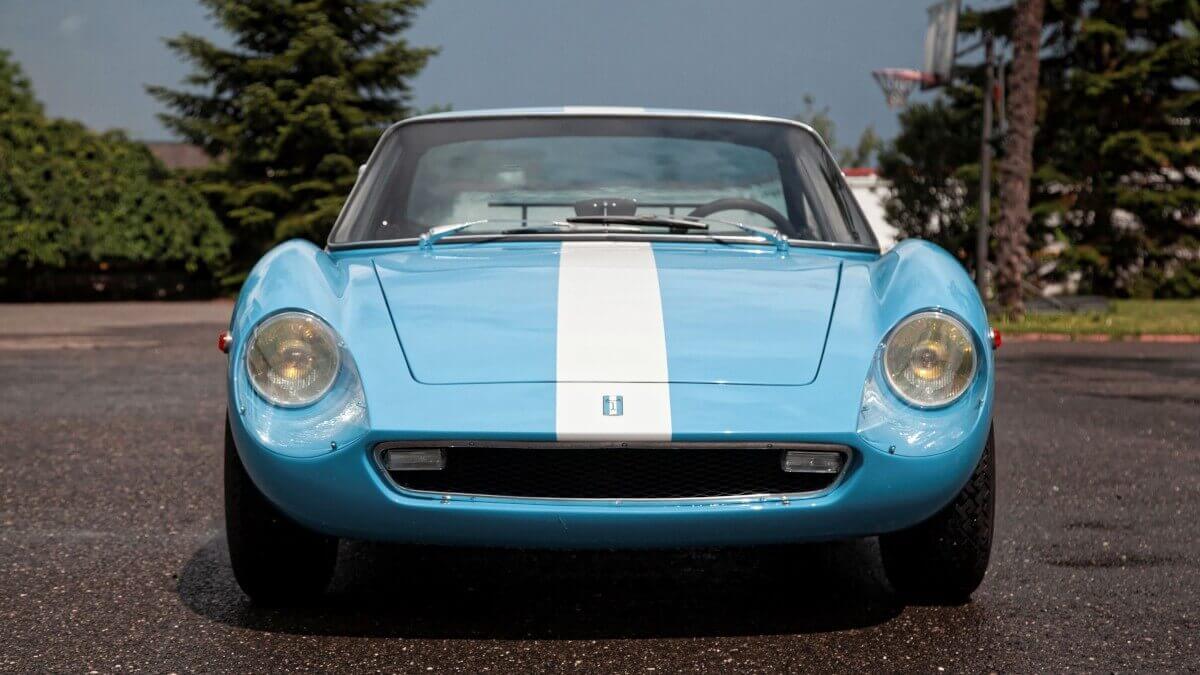 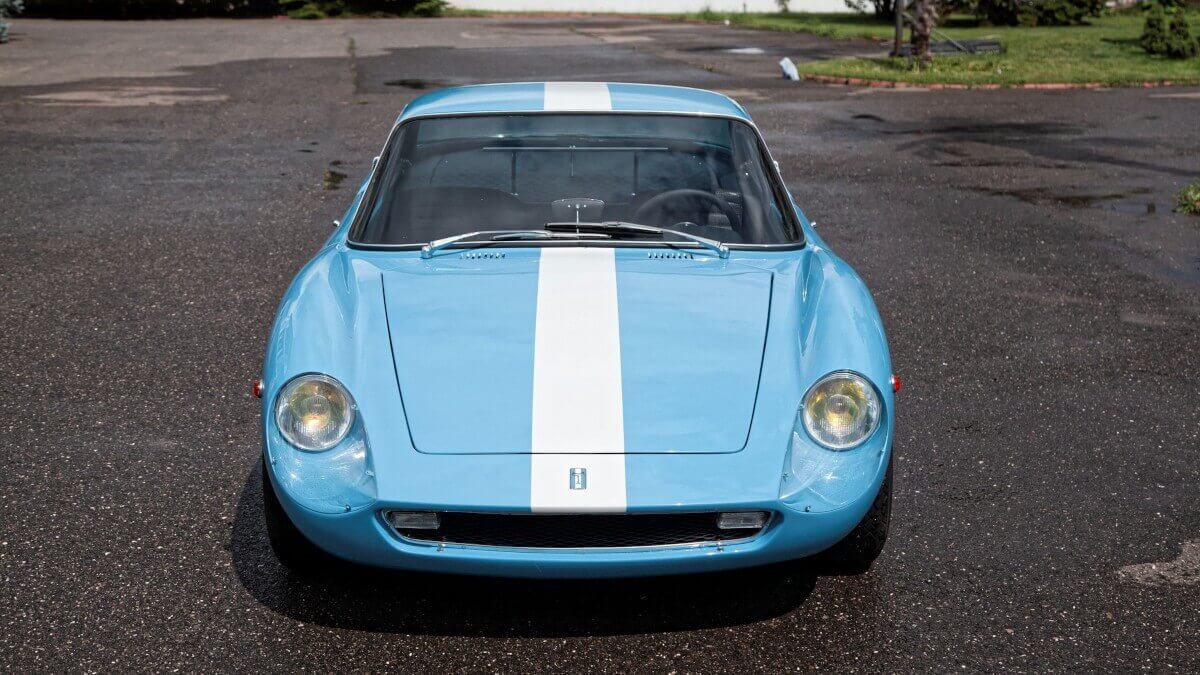 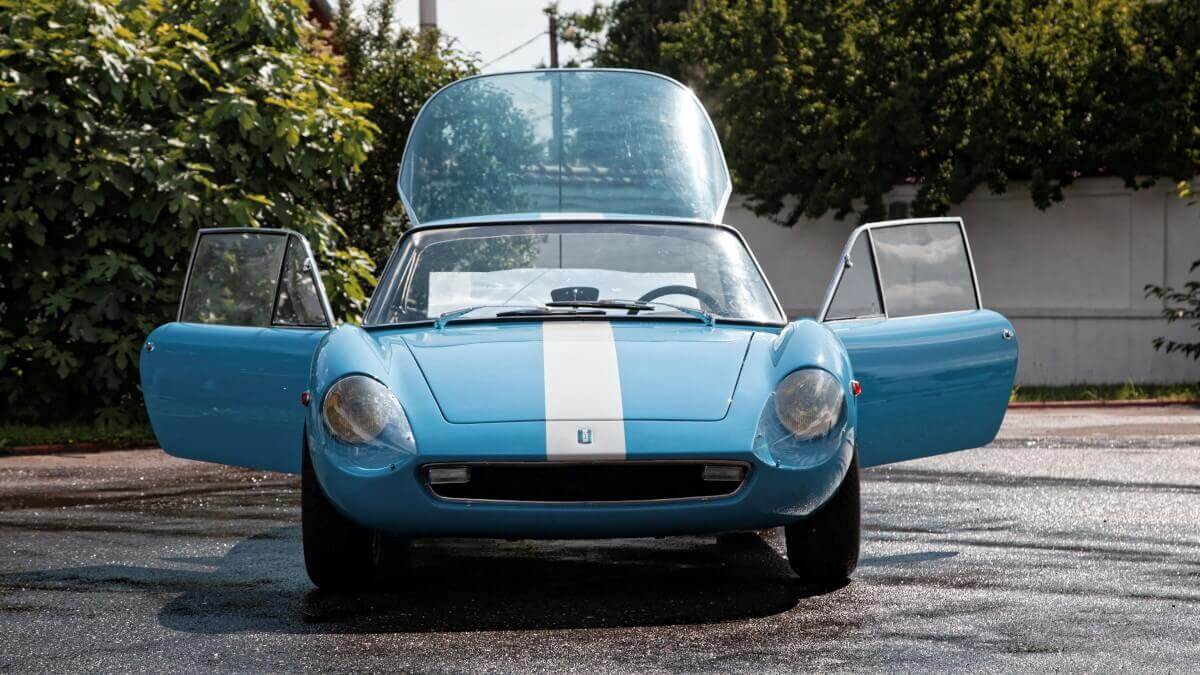 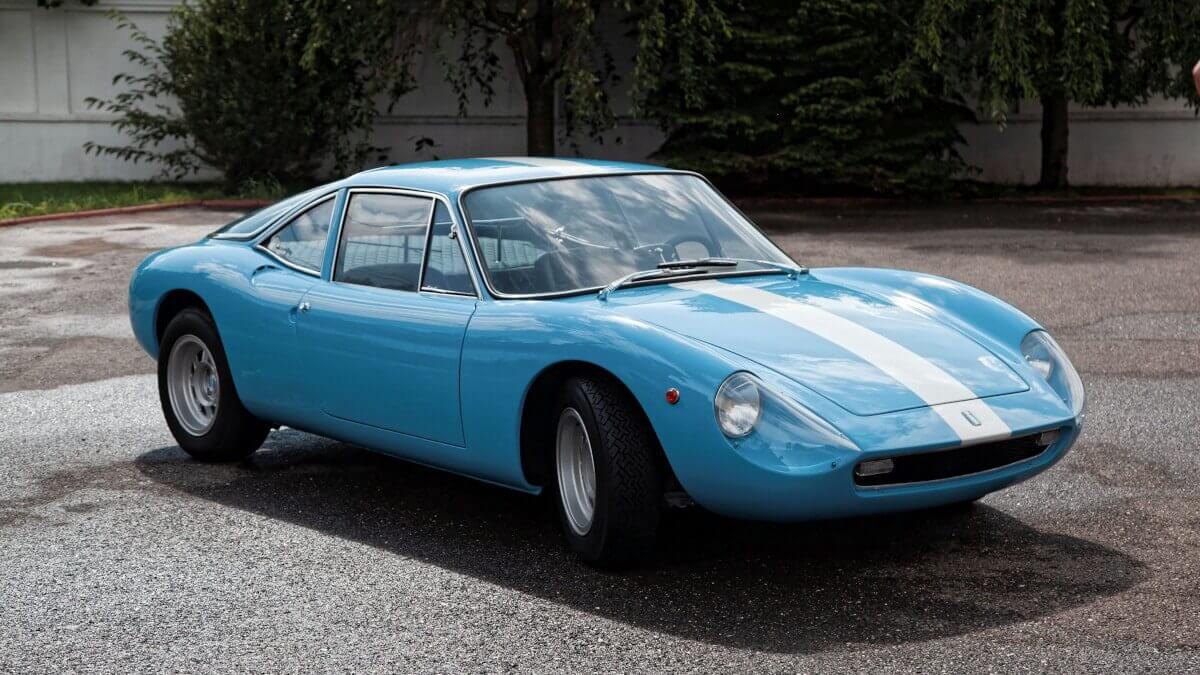 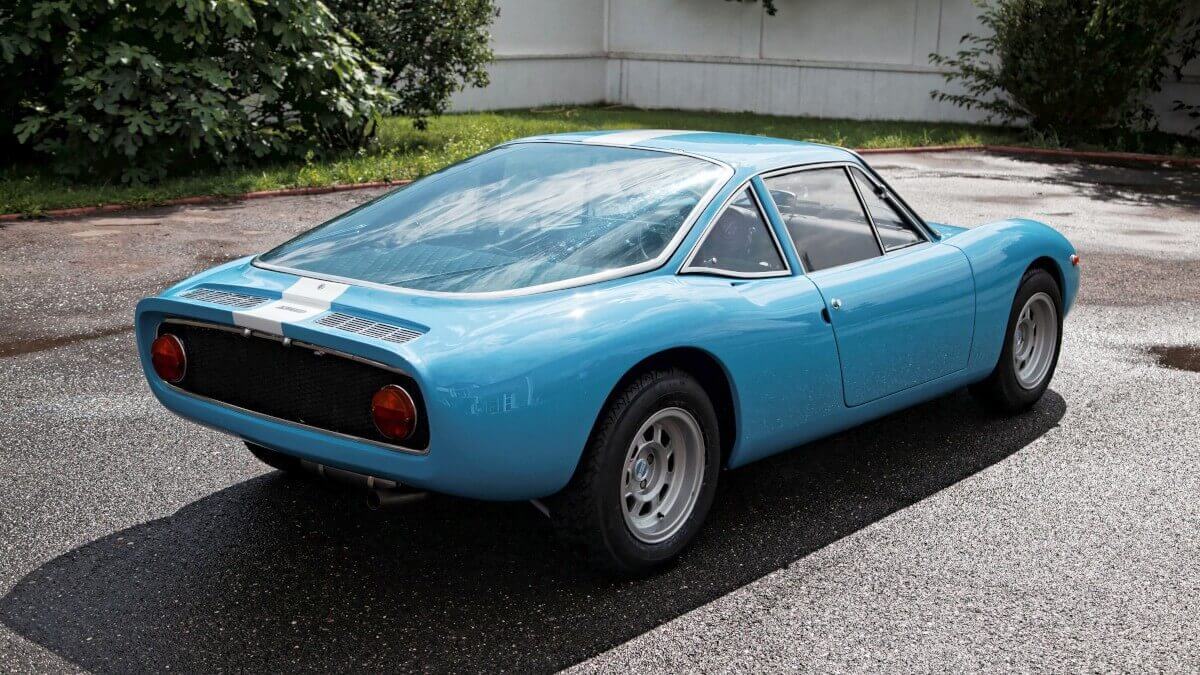 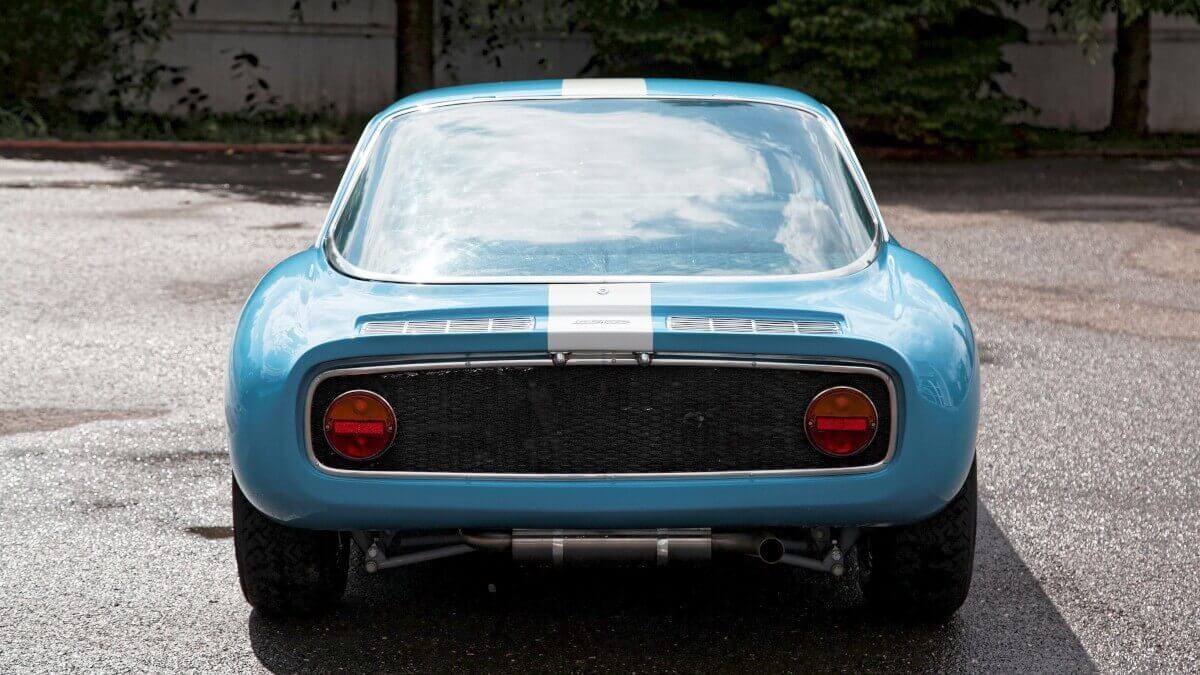 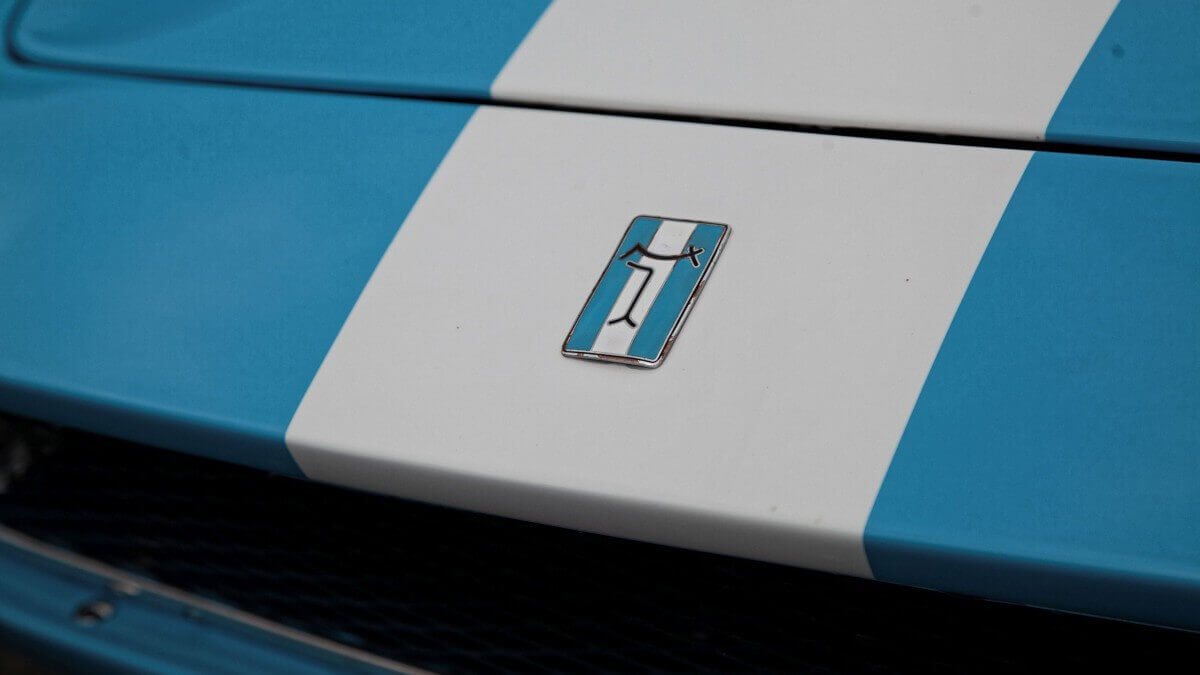 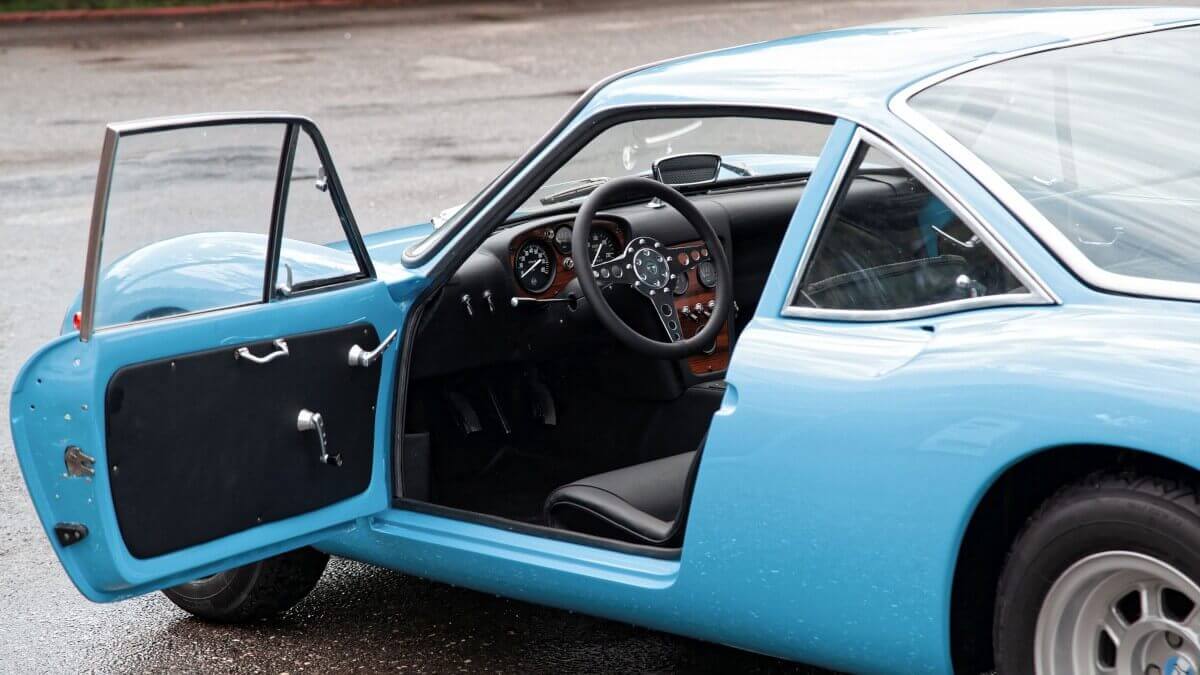 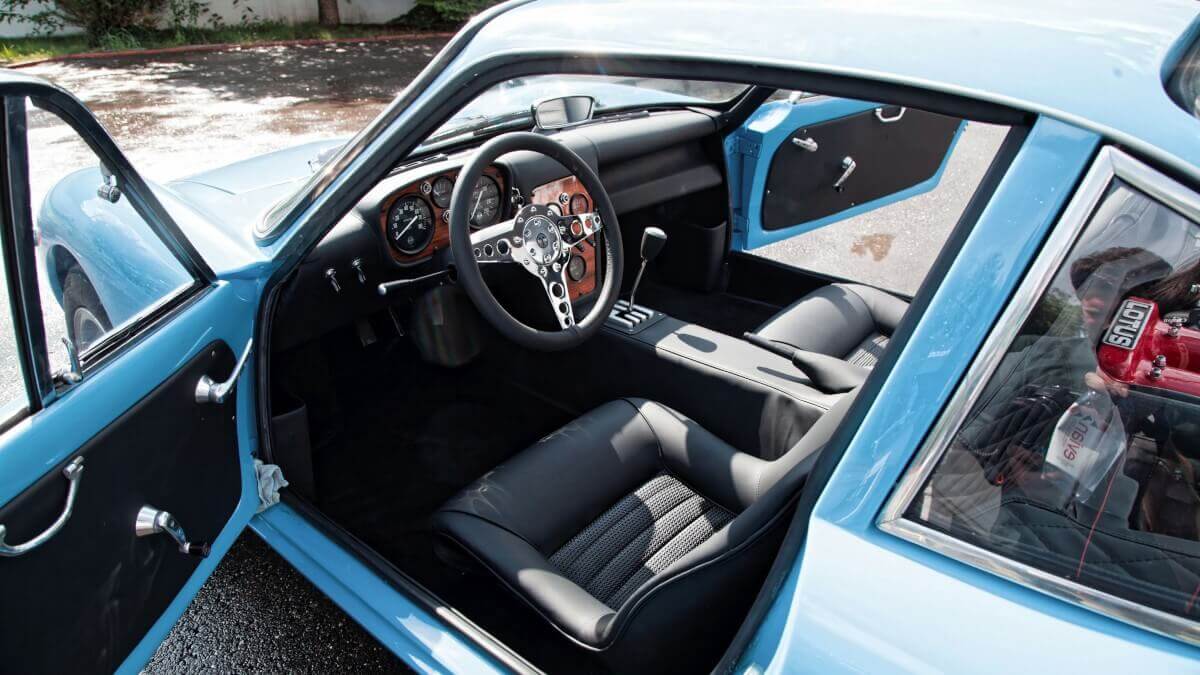 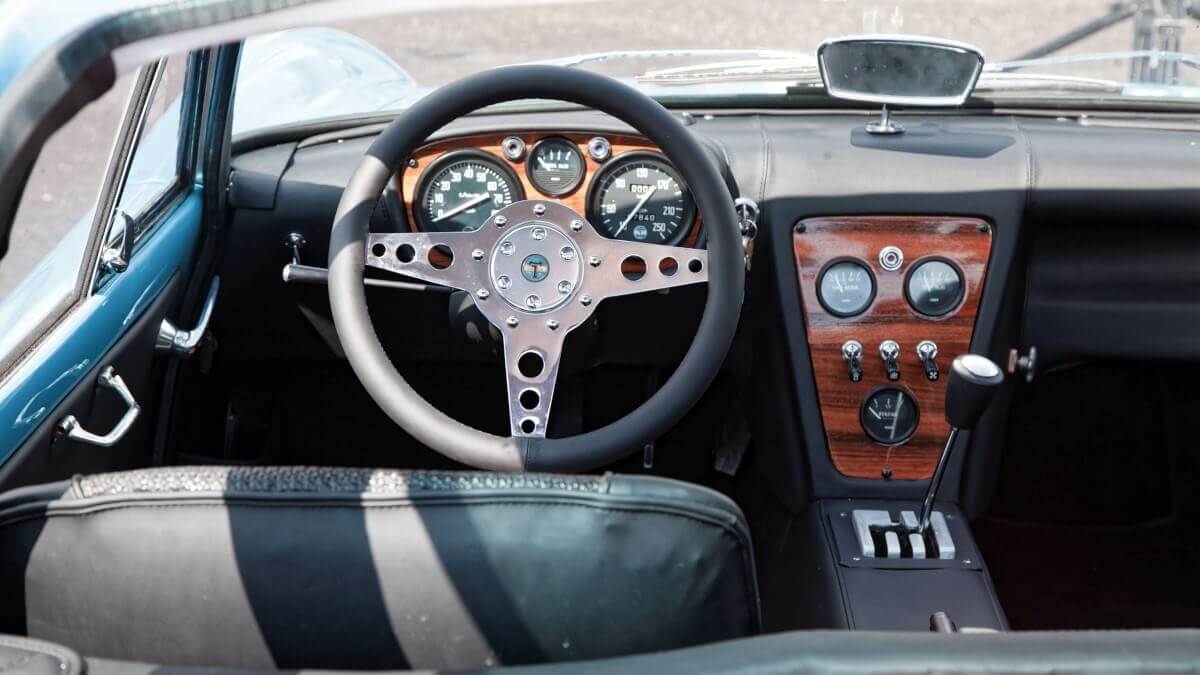 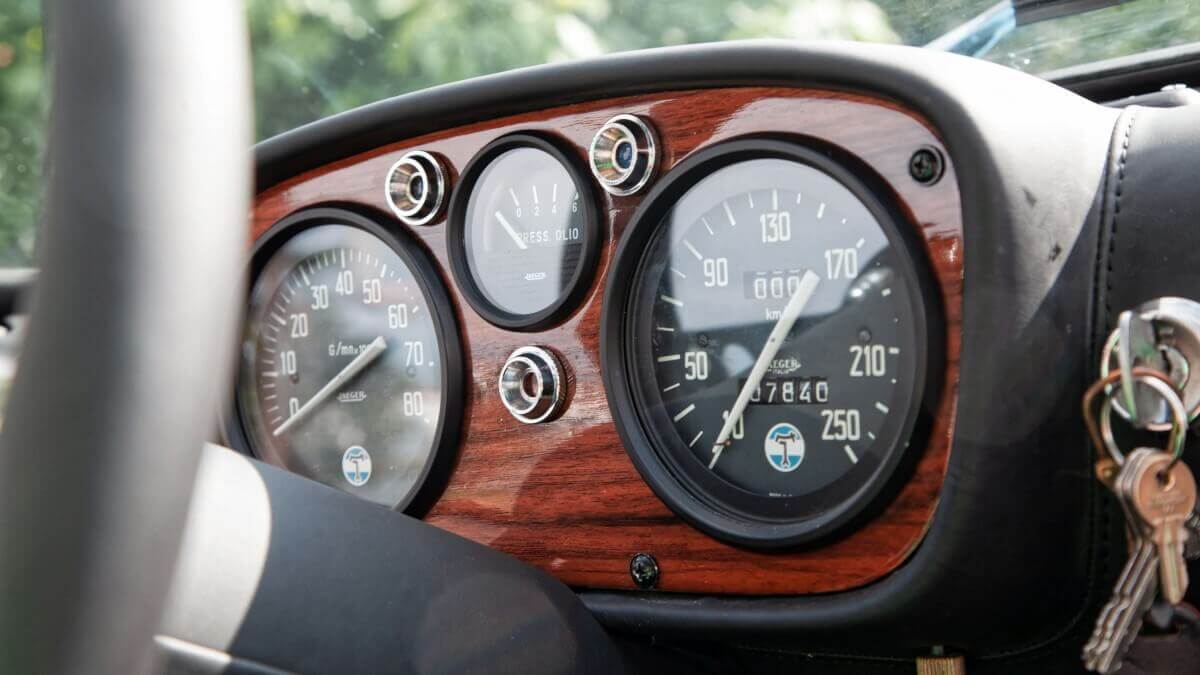 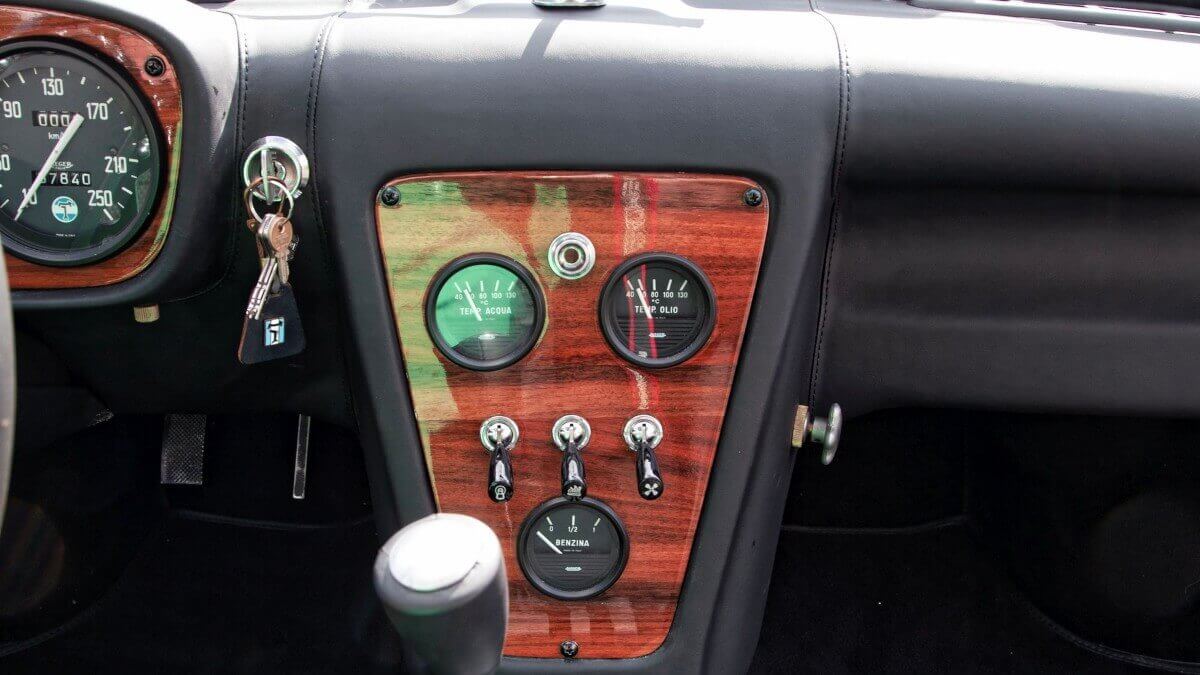 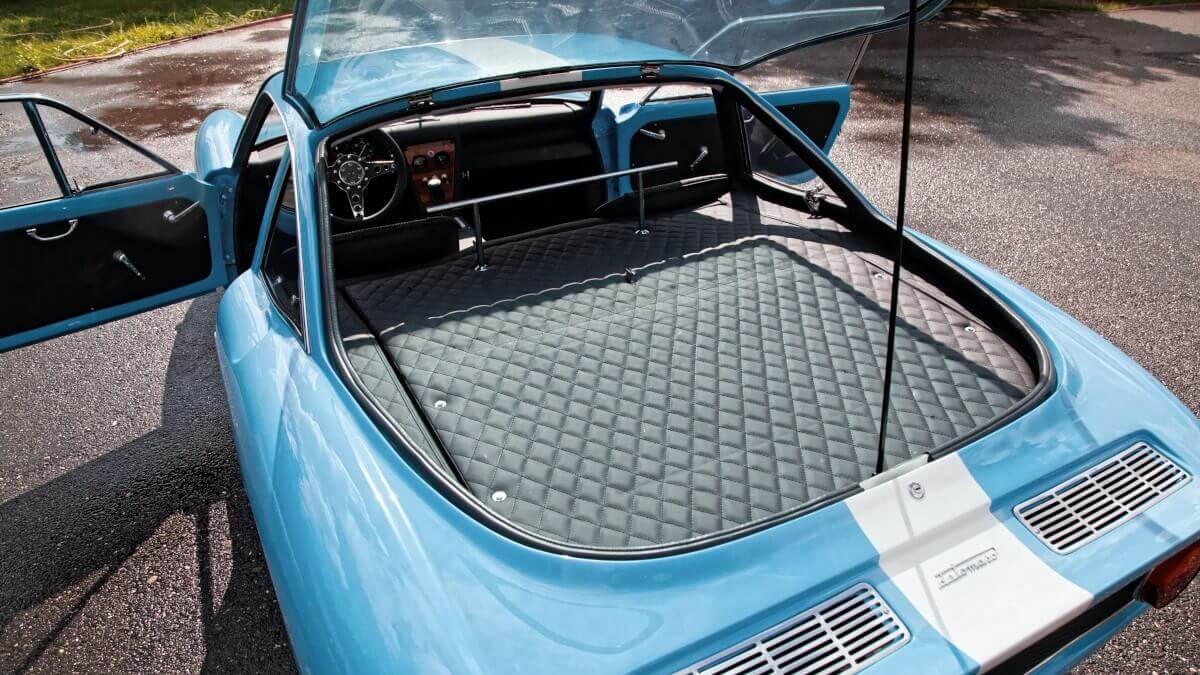 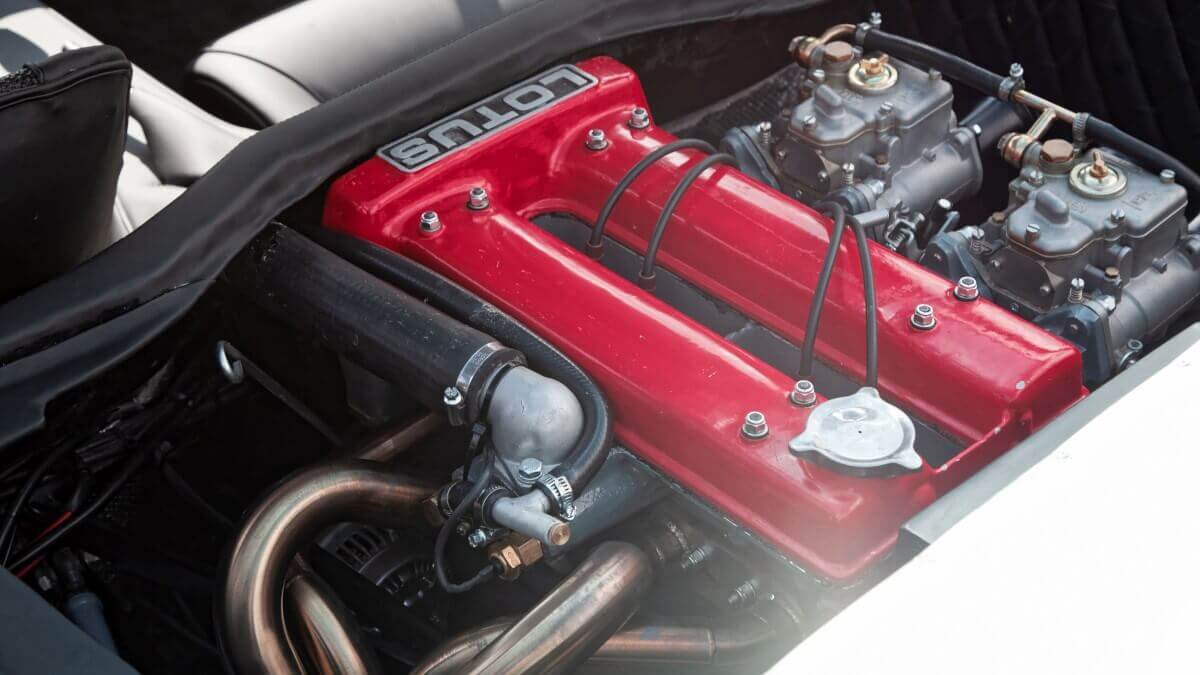 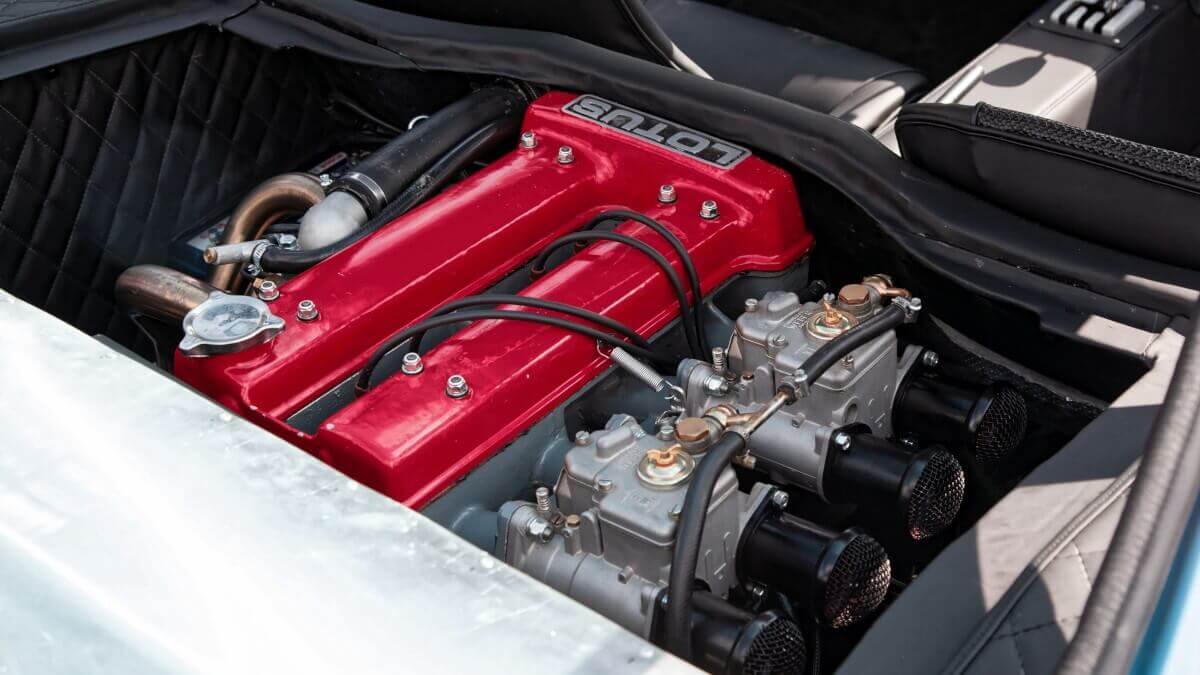 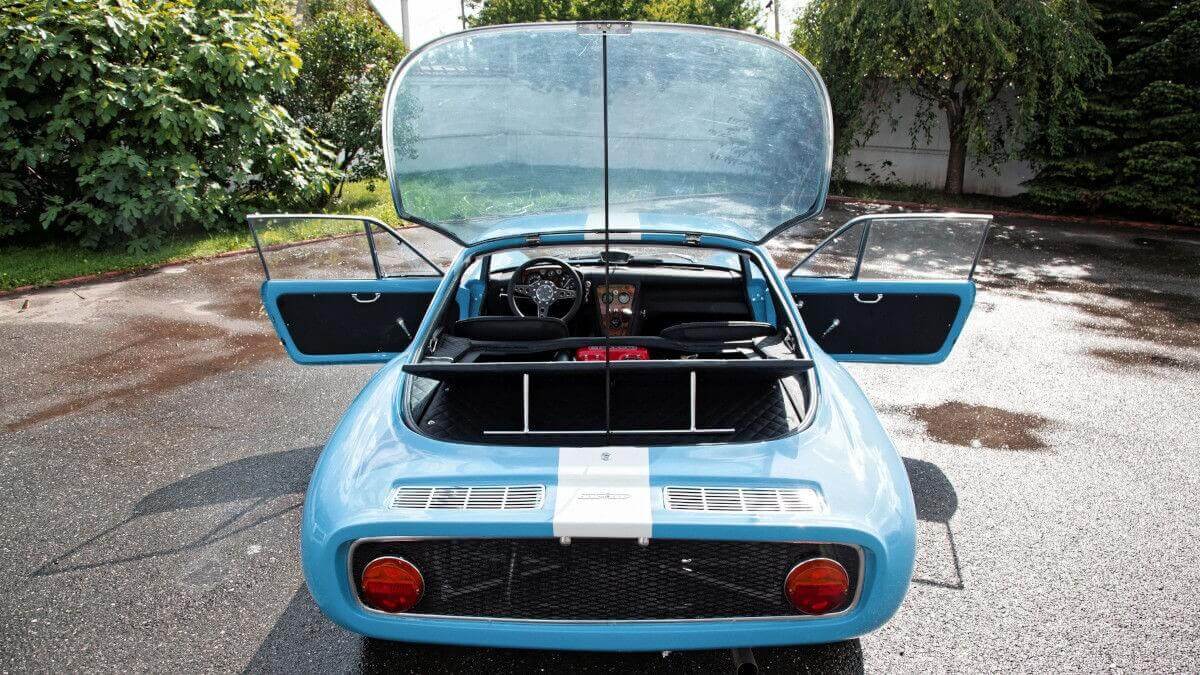 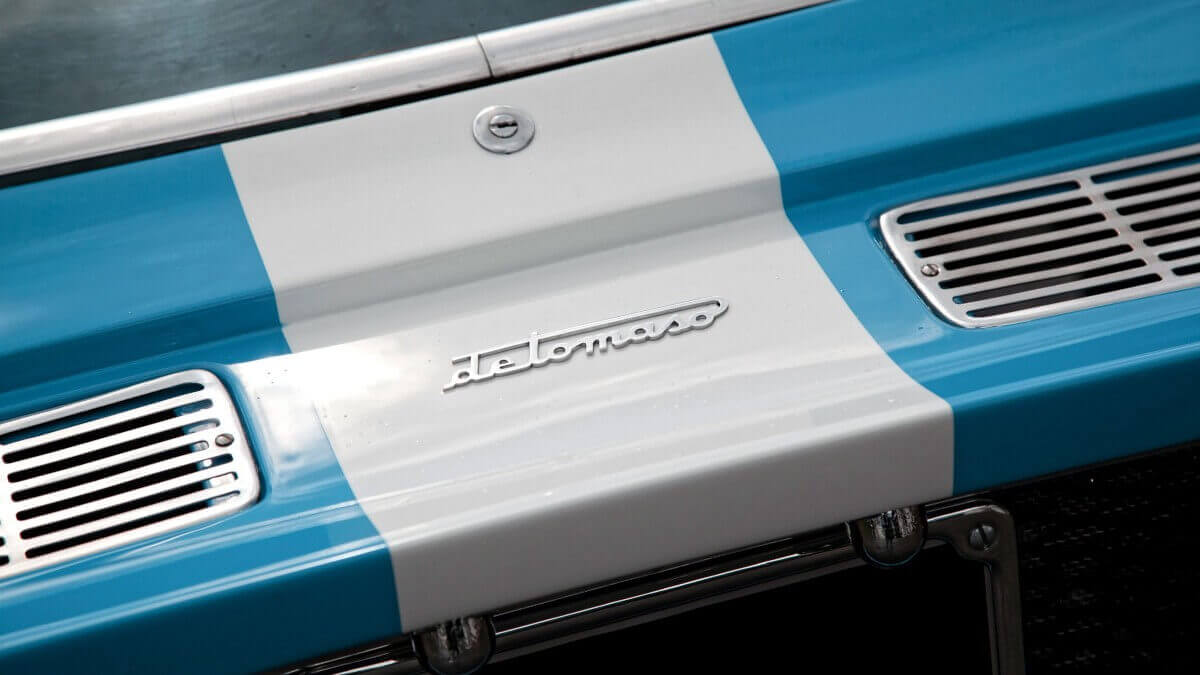 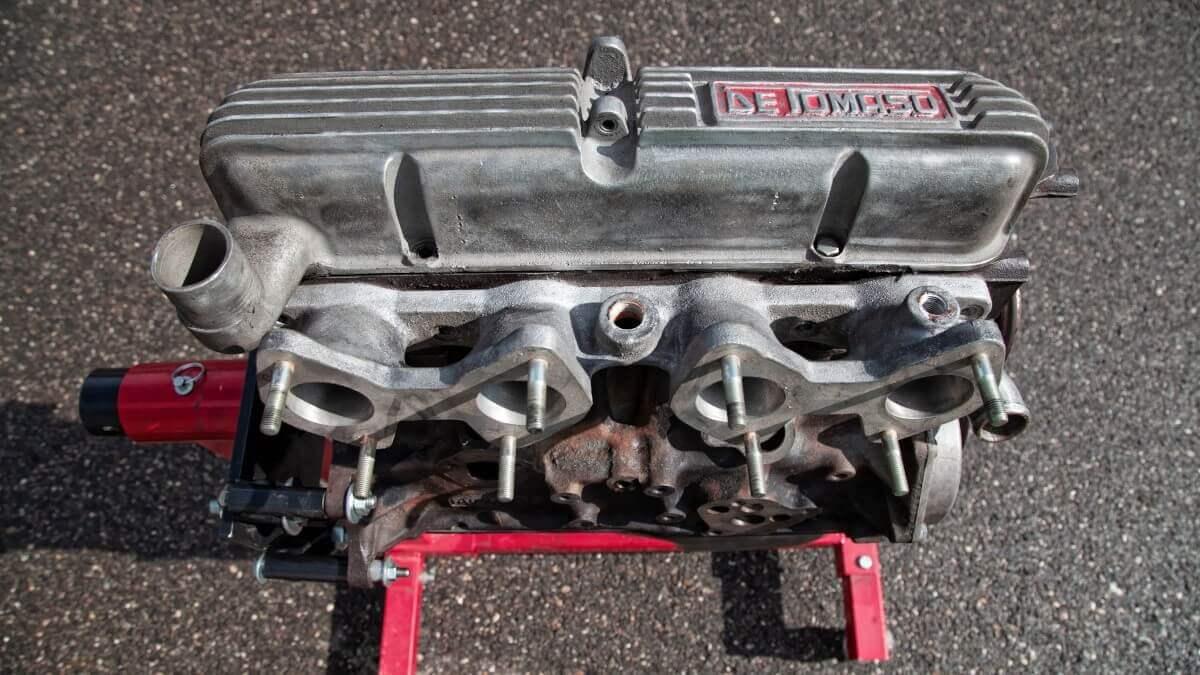 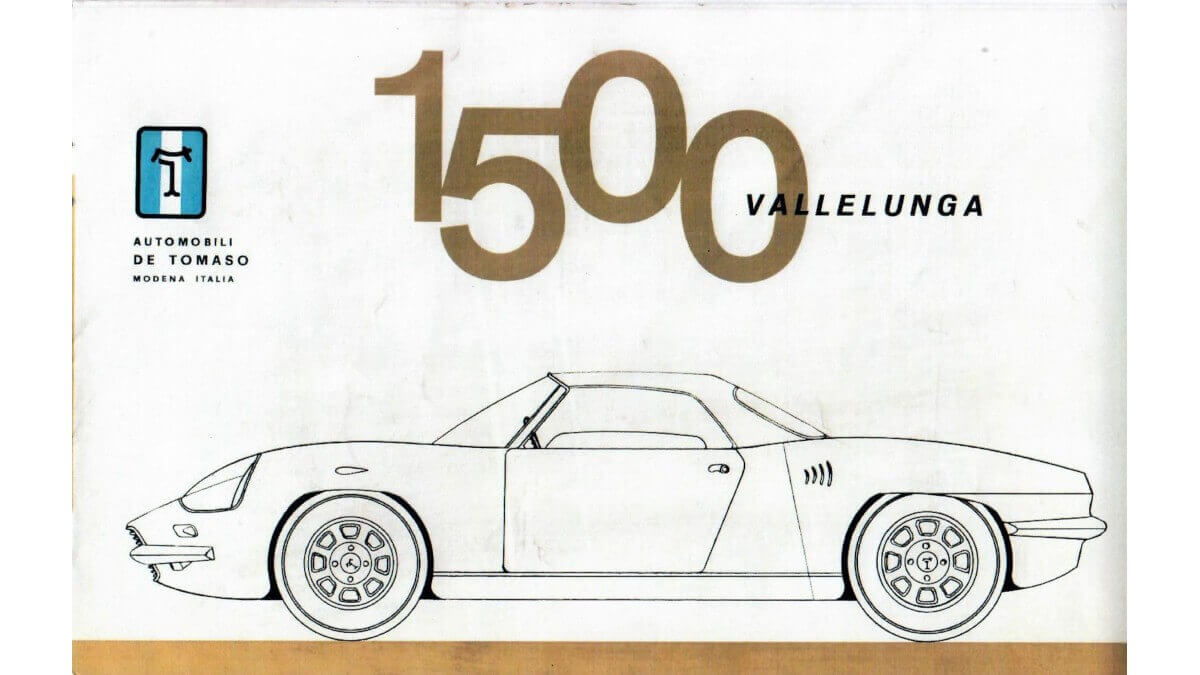 Ghia produced the visually very similar bodies in plastic, which promised a weight advantage. In contrast to Fissore, they didn’t design the complete rear section to be hinged. Instead, only the large rear window swings up to allow access to the flat luggage rack above the engine. This was still Ford’s 1.5-liter Kent engine, which was normally used in the Cortina. It was fitted with two Weber dual carburettors and a light alloy cylinder head by De Tomaso, which increased the power output to around 74 kW/100 hp. Until 1966 probably only 50 cars with the Ghia body were built. In addition there were the three one-off cars Vallelunga Ghia Spyder, Fantuzzi Spyder and Pantero.

The Parisian auction house Artcurial will auction off a late copy of the De Tomaso Vallelunga with chassis number VL1612 on 21 July, which was probably delivered to a French first owner in 1966. Brand experts suspect that vehicles whose chassis number started with VL16 were the ‘Competizione’ version with a Lotus twincam engine. Of the 43 Vallelungas still known today, only five show this feature. VL1612 arrived at its second owner in Haut-Rhin in 1971, who kept the car until his death and finally disassembled and partially stripped it for a planned restoration. After his death, Artcurial auctioned off this restoration project in 2015 to the current owner, who took up and completed this task from 2017. During this process he finally came across the above-mentioned chassis number, discussed it with some brand experts and then purchased a suitable Lotus engine to replace the Ford engine with De Tomaso cylinder head that was part of the project when he bought it. However, they also overhauled this engine and preserved it next to the car. In addition, some traces of the presumably original paintwork were discovered, a light blue with a central white stripe, which was repainted after successful restoration of all the body parts was done. Inside the car, the original wood decor inlays around the speedometer and rev counter as well as on the center console around the additional instruments were restored. The driver and co-driver take their seats in contemporary sport bucket seats. Artcurial is now offering the car again, with both the engine, which was also sold in 2015, and an original and very rare De Tomaso Vallelunga sales brochure also being auctioned with it. The expected sales price is between 275,000 and 350,000 €.