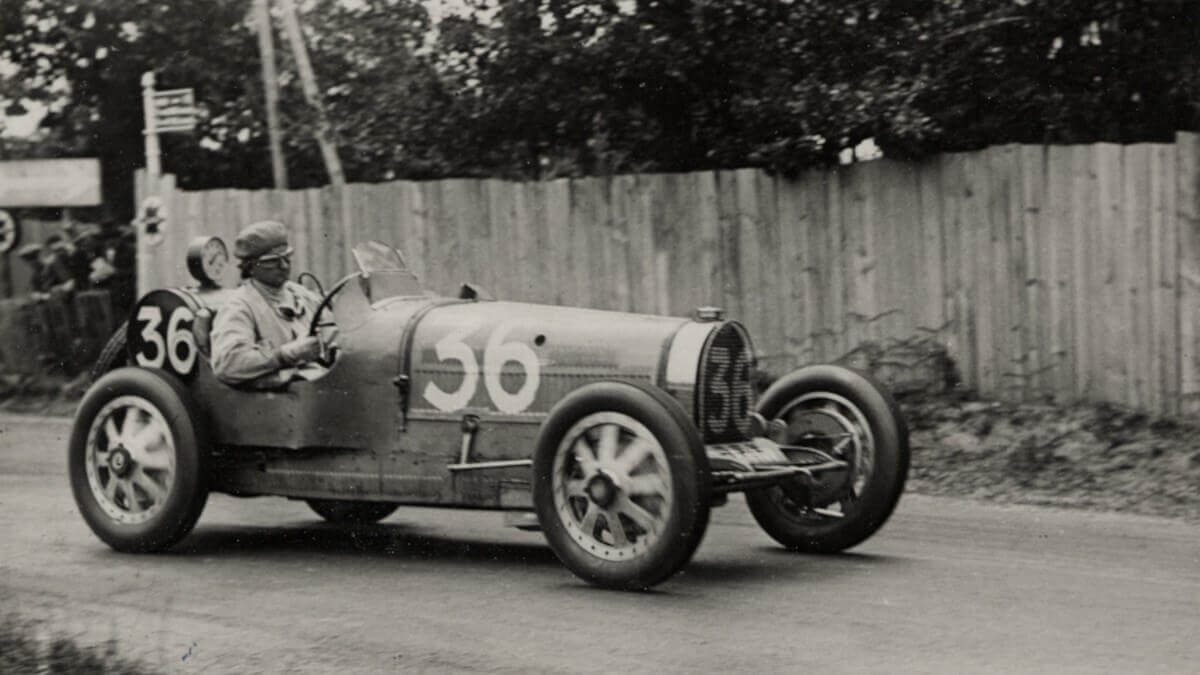 On June 30, 1929, the fifteenth edition of the French Grand Prix took place on the famous Le Mans circuit. While today strict rules exist for the shape of the cars, the size of the wings and the total weight of the vehicles, back then the Automobile Club of France regulated one thing above all else. For every 100 kilometers of race distance, the participating vehicles were only allowed to consume a maximum of 14 kilograms of oil and fuel. For this purpose, the fuel tank had to be mounted visibly behind the seats. On this tank, a large fuel gauge gave all spectators clear information about the filled volume. Already a day before the race, all participants received a refueling of exactly 85 liters. Then the tank filler cap was sealed. Before the start of the race all vehicles had to be towed to the start line by tow trucks. Only five minutes before the race, the drivers and teams were allowed to start and check the engines.

Seven of the eleven participating drivers sat behind the wheel of Bugatti cars. The spectators eagerly awaited the duel between André Boillot in a Peugeot and William ‘Williams’ Charles Frederick Grover in a Bugatti Type 35 B. This duel took place as expected right from the beginning of the race. All in all, the Grand Prix went over 37 laps of the 16.36 kilometers long circuit, ie a total distance of 605 kilometers. For the first few laps, Boillot led and averaged between 132 and 137 kph per lap. Then increasing rain set in and forced all drivers to slow down – all but Williams. He drove faster and faster despite wet conditions, reaching an average speed of 140 kph on lap six. From lap 12, he was permanently in the lead, pushing his Type 35 B forward. The 2.3-liter inline eight-cylinder engine delivered about 140 hp at 5,000 rpm thanks to a Roots supercharger. The race-ready weight at the start of the race was 919 kilograms including fuel and driver. 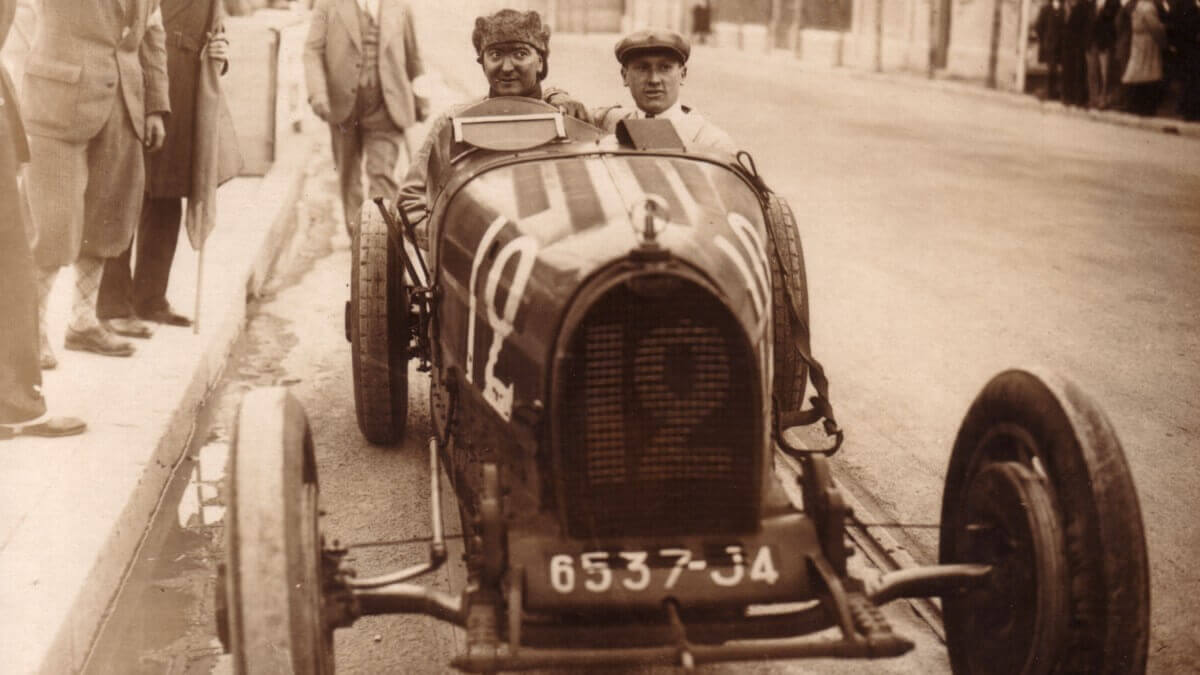 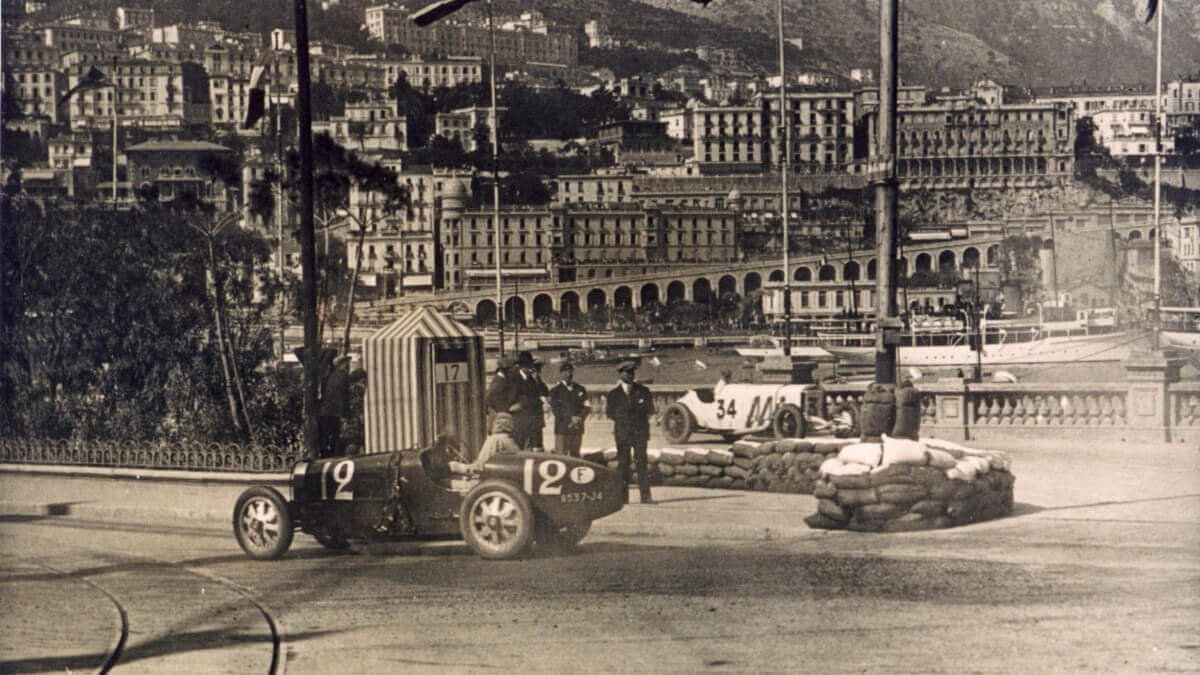 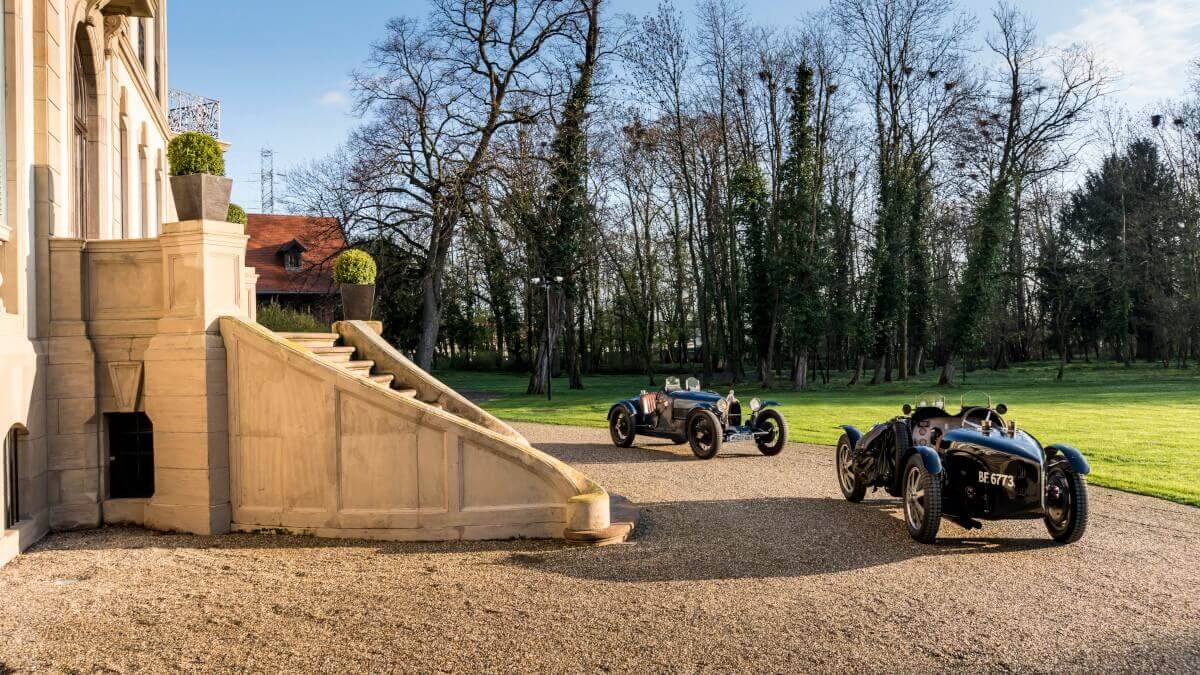 While other drivers repeatedly checked the fuel gauge and slowed down for fear of too much fuel consumption, Williams drove lap after lap at a fast pace. Boillot meanwhile had to stop at the pits with a technical failure and lost several minutes during repair attempts. After 22 laps, Williams’s lead had grown to two and a half minutes and continued to grow for another 30 seconds within the next five laps. As it began to rain heavily again in the last third of the race, Williams slowed down a bit so as not to endanger his victory. This was noticed at the pits of Peugeot. They waved Boillot to speed up, but ultimately, he only was able to reduce the gap. He couldn’t catch up with Williams anymore.

William ‘Williams’ Grover and his Bugatti covered the 37 laps or 605 kilometers in 4 hours and 33 minutes. More importantly, he still had eight liters of fuel left in his tank, which meant that he had met the regulations perfectly. Boillot in his Peugeot came home one minute and 18 seconds after Williams, followed by Bugatti factory drivers Caberto Conelli and Albert Divo as well as the privateers Robert Sénéchal and Robert Gauthier, both also at the wheel of a Bugatti Type 35 B. Company founder and CEO Ettore Bugatti invited the first three drivers and Jean-Pierre Peugeot as CEO of the second-placed car manufacturer after the race for a lap of honor in his private Bugatti Type 41 Royale. The victory in the Grand Prix of France in 1929 joined a whole series of victories in the same year, which also included successes in Australia, Antibes, Algeria, Monaco and at the Targa Florio.