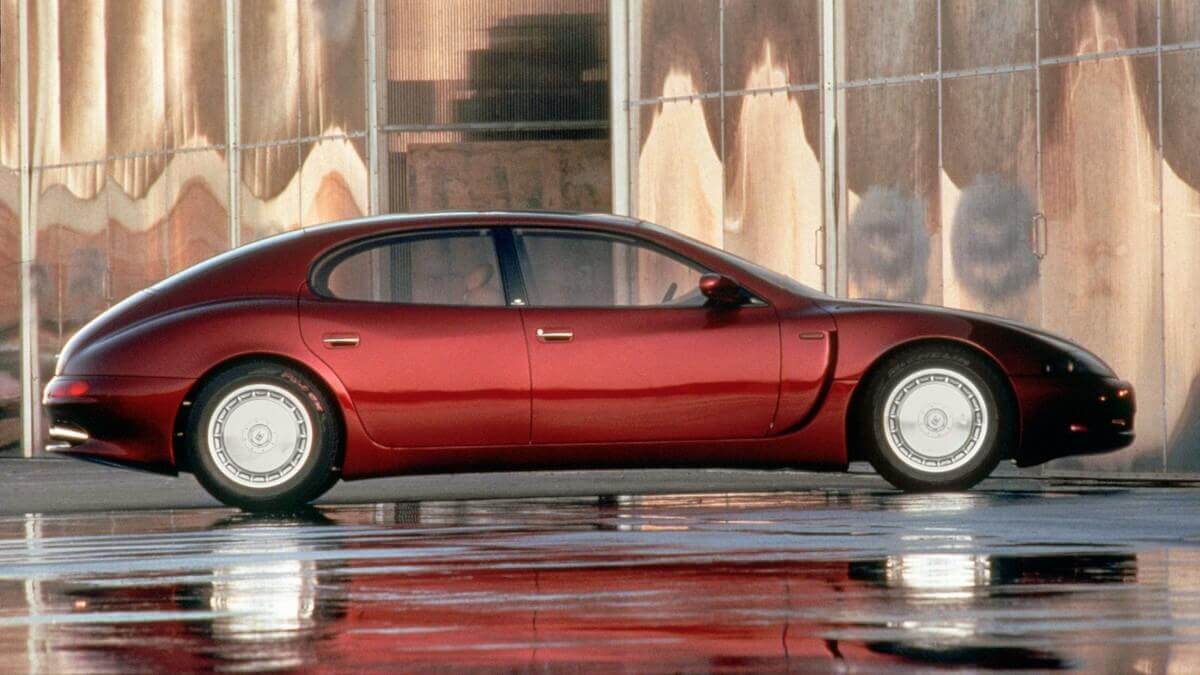 Bugatti is on everyone’s lips these days. When the Volkswagen Group took over the brand and name rights at the end of the 1990s and prepared the market launch of the supercar Veyron with various concept cars, a brief chapter in the company’s history was almost forgotten. After more than 30 years of deep sleep, the Italian entrepreneur Romano Artioli launched Bugatti Automobili in 1987 and announced the production of a new sports car. After several years of development, this debuted on the 110th birthday of company founder Ettore Bugatti on 15 September 1991 in Paris as the EB110 and then went into series production. In 1993, Artioli added the British sports car brand Lotus to his company group and also presented a second model for Bugatti at the Geneva Motor Show, with which it intended to enter mainly the US market.

It was a sporty and luxurious sedan. In keeping with the time of its debut, the vehicle was named EB112. The power source was a six-liter V12 engine, which in comparison to the EB110 was naturally aspirated and not quad-turbocharged. It was positioned just behind the front axle in favor of better weight distribution. The power output was specified as 335 kW/456 hp and a maximum torque of 650 newtonmeters. A manual six-speed gearbox transferred the power to the permanent four-wheel drive, allowing the vehicle to accelerate from a standstill to 62 mph in just 4.4 seconds if necessary. The topspeed was stated as 300 kph (186 mph). The unladen weight was 1.8 tons. ABS was part of the standard equipment. 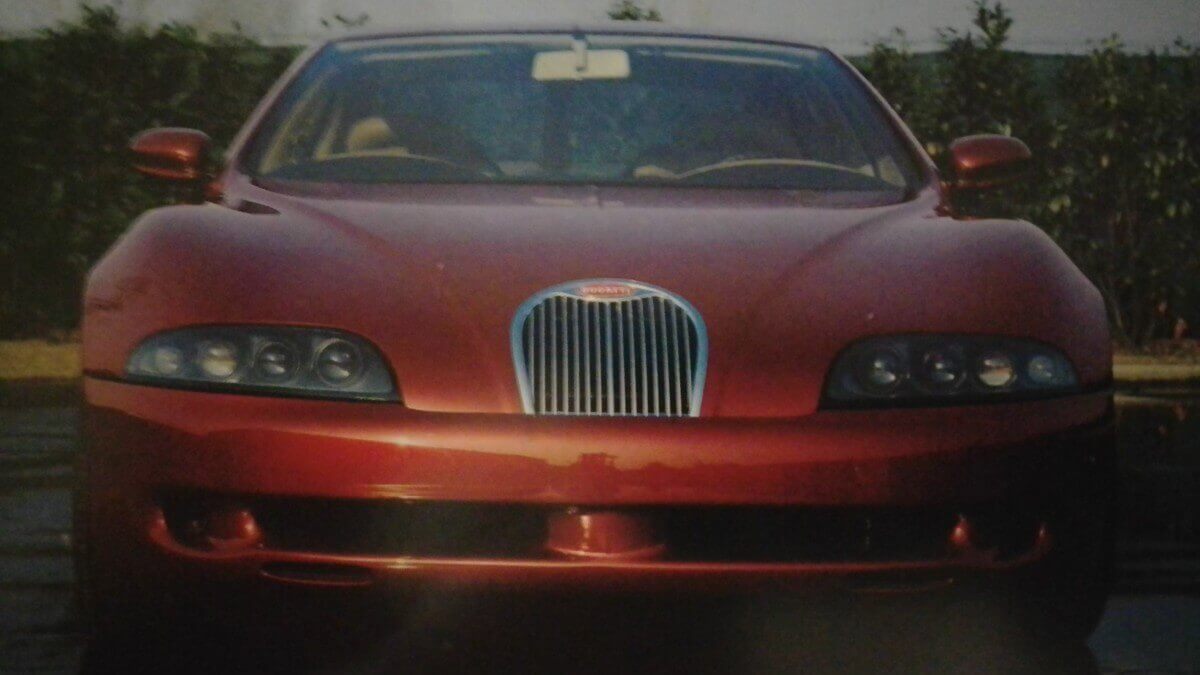 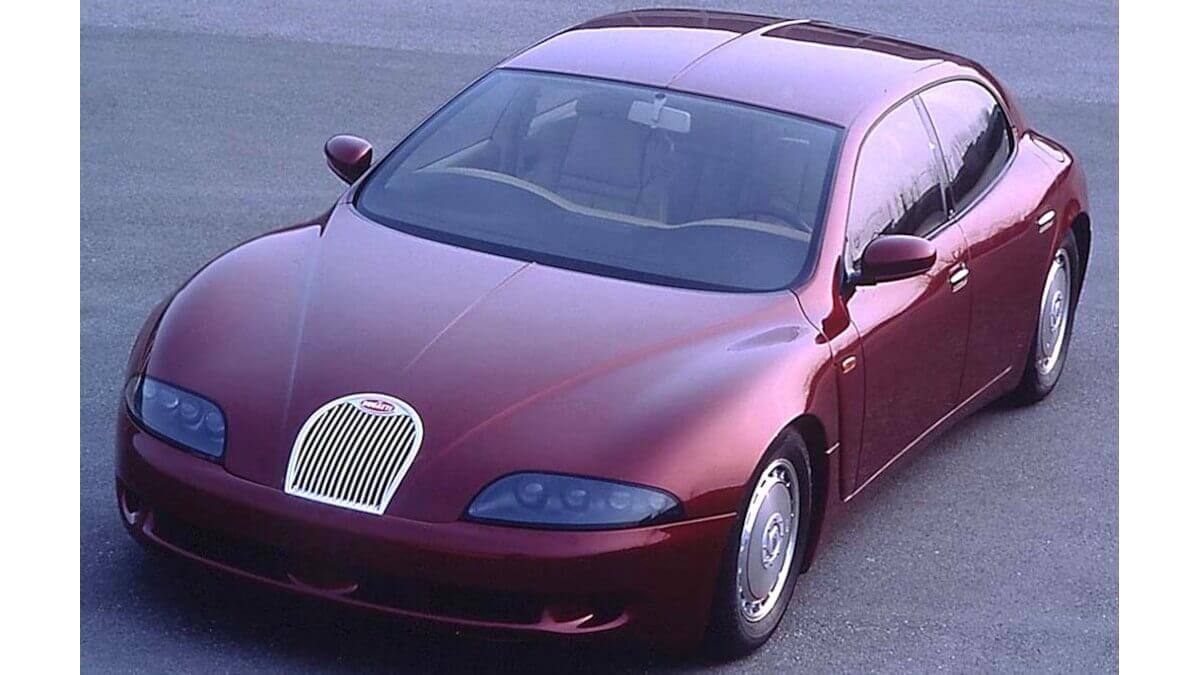 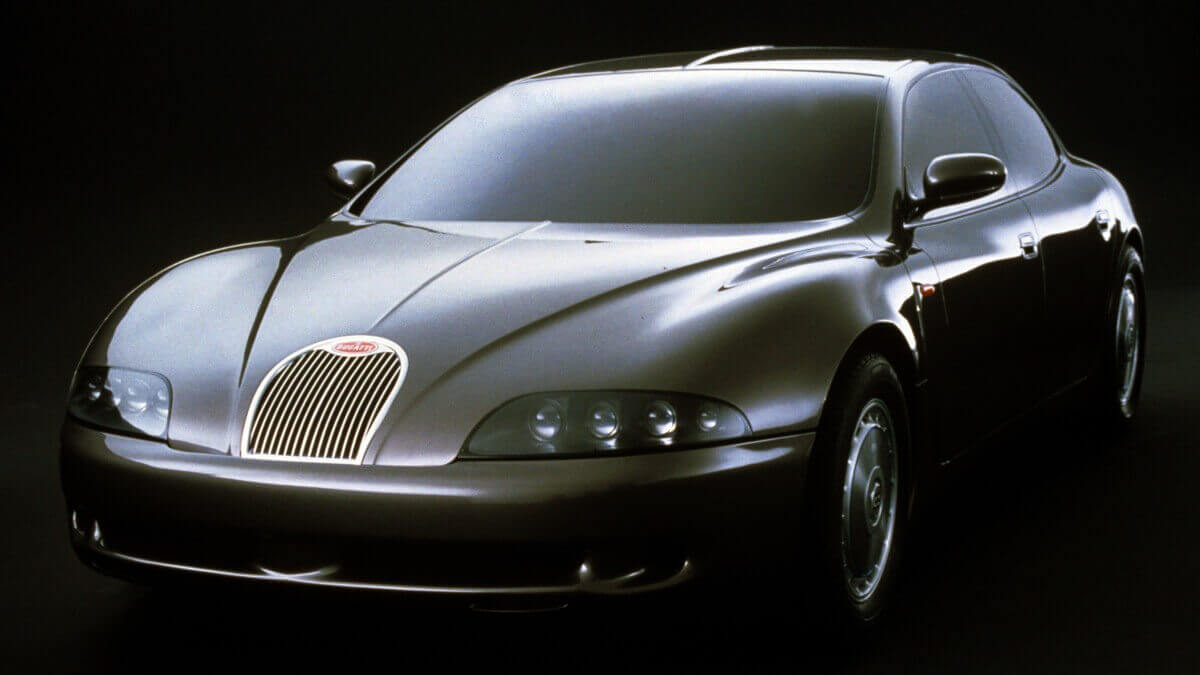 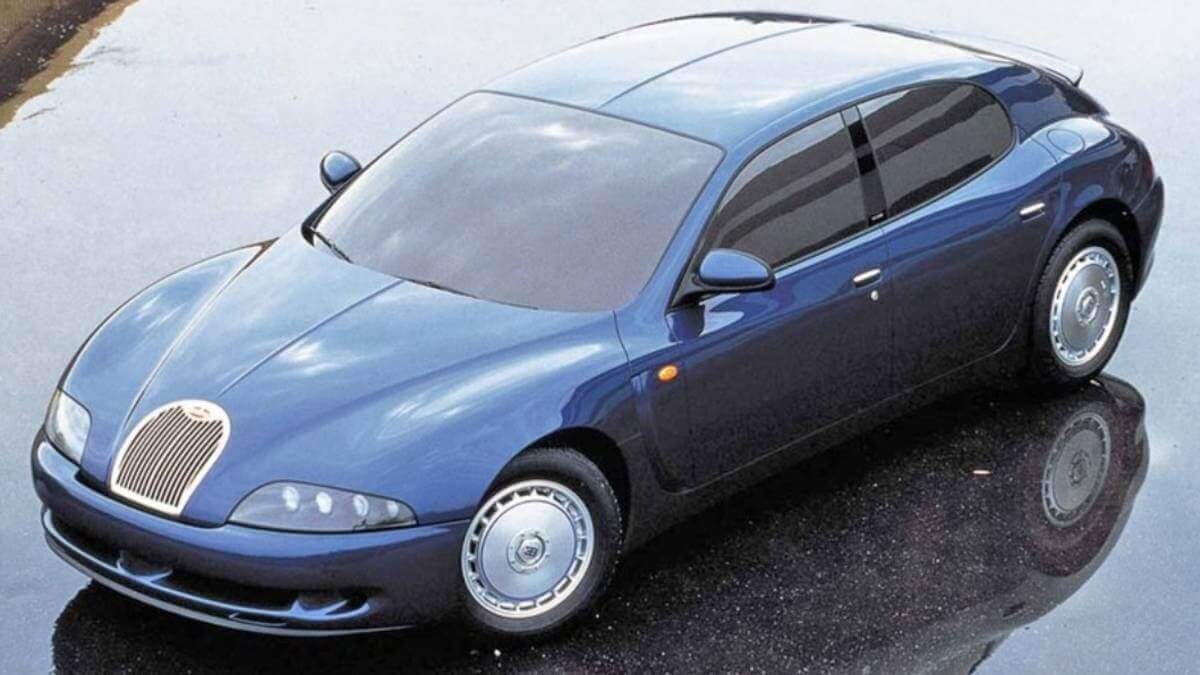 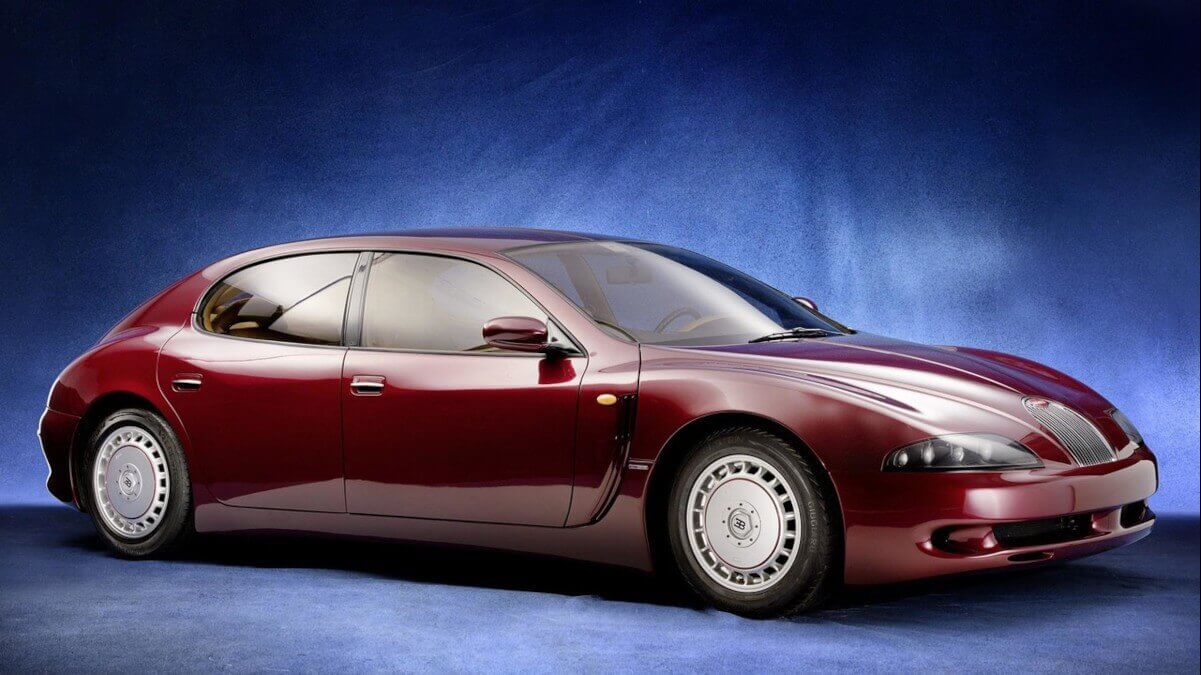 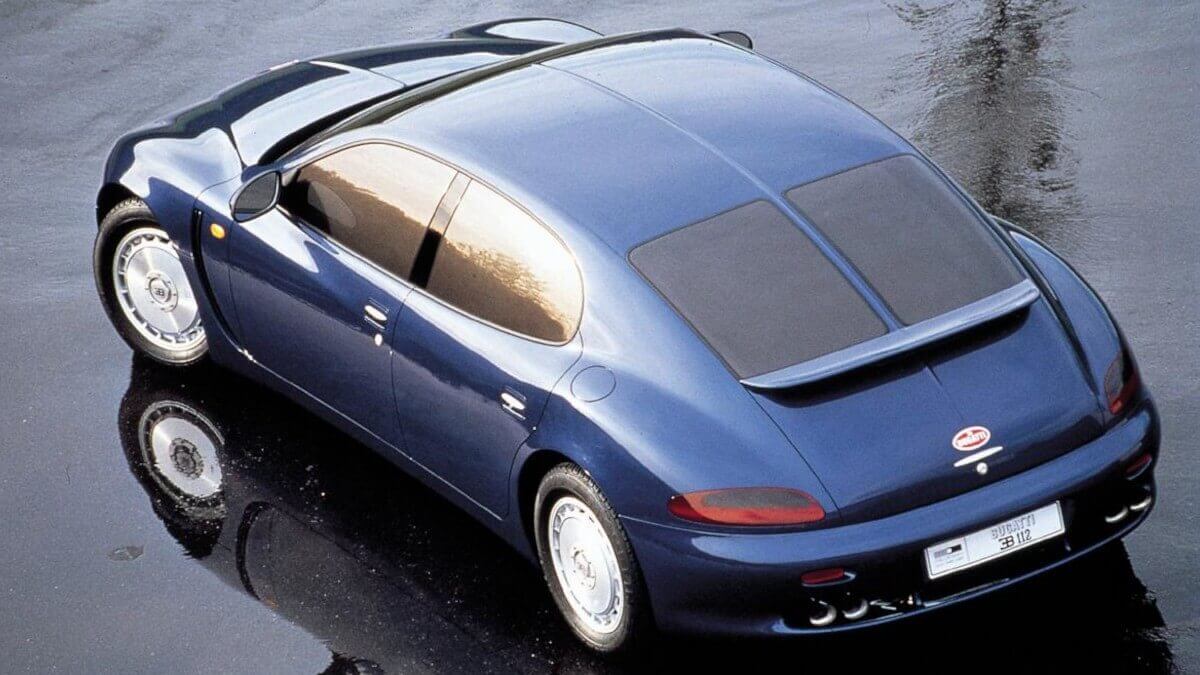 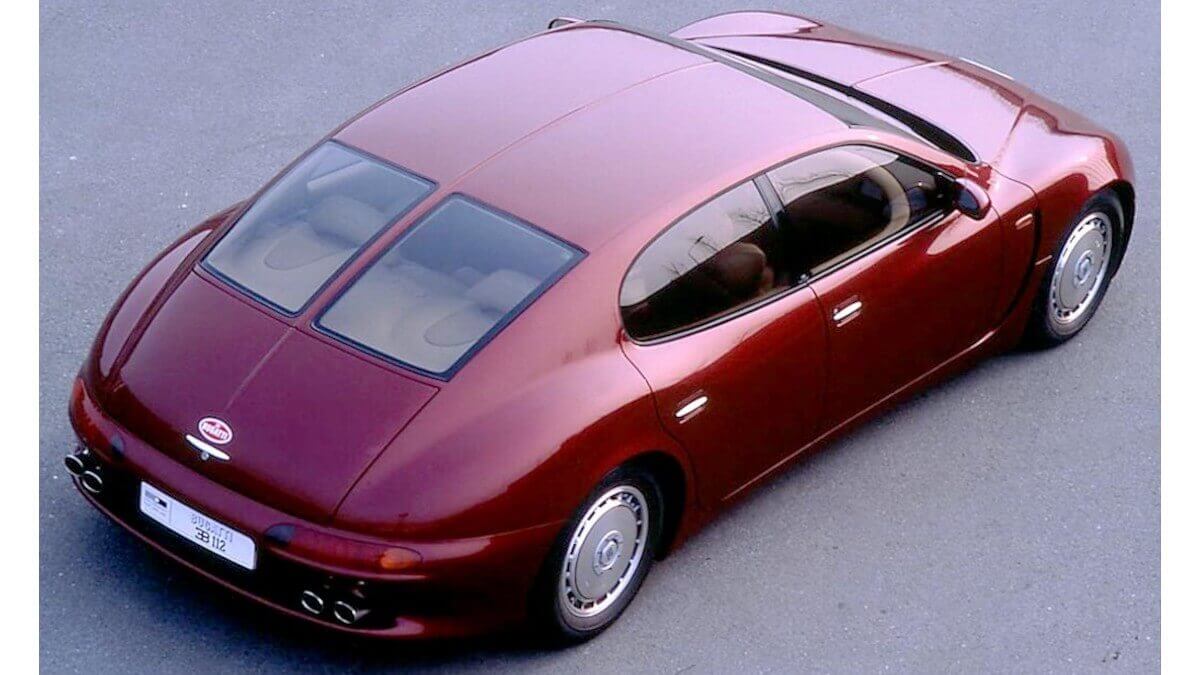 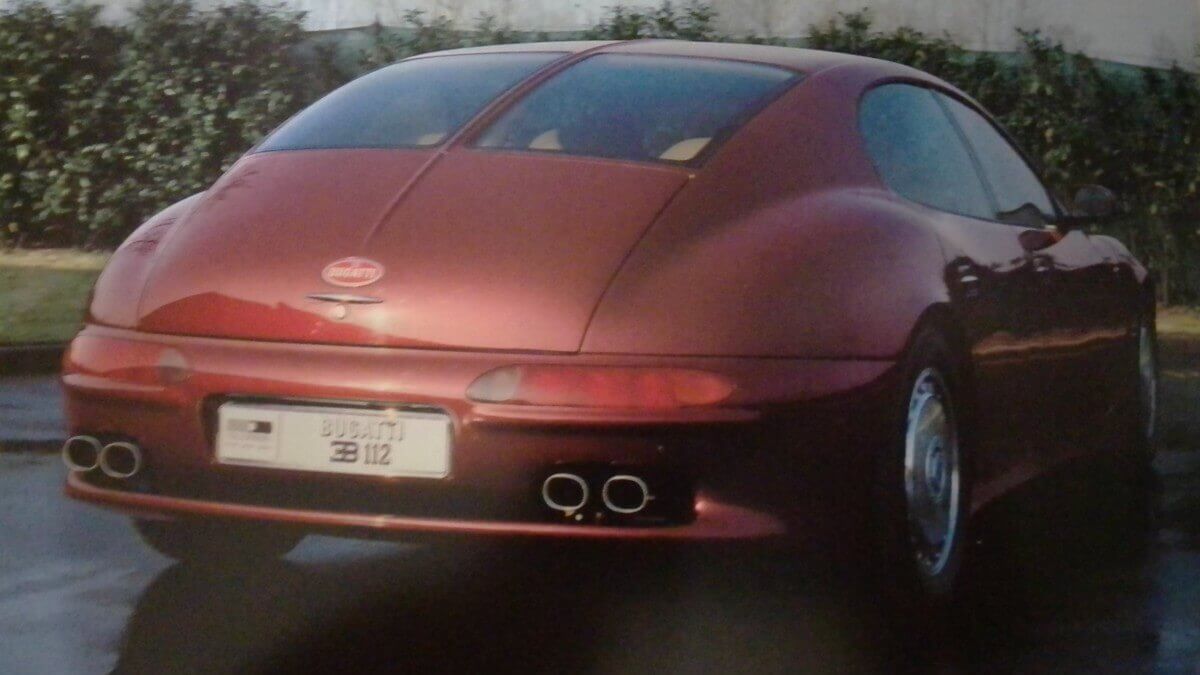 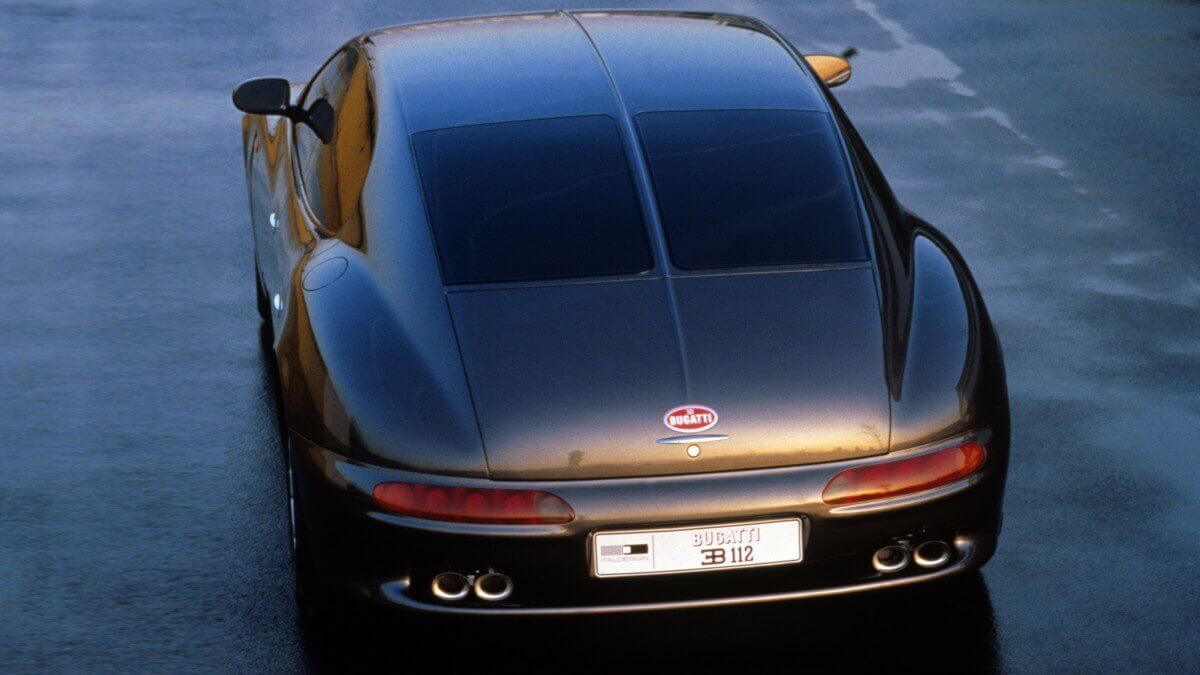 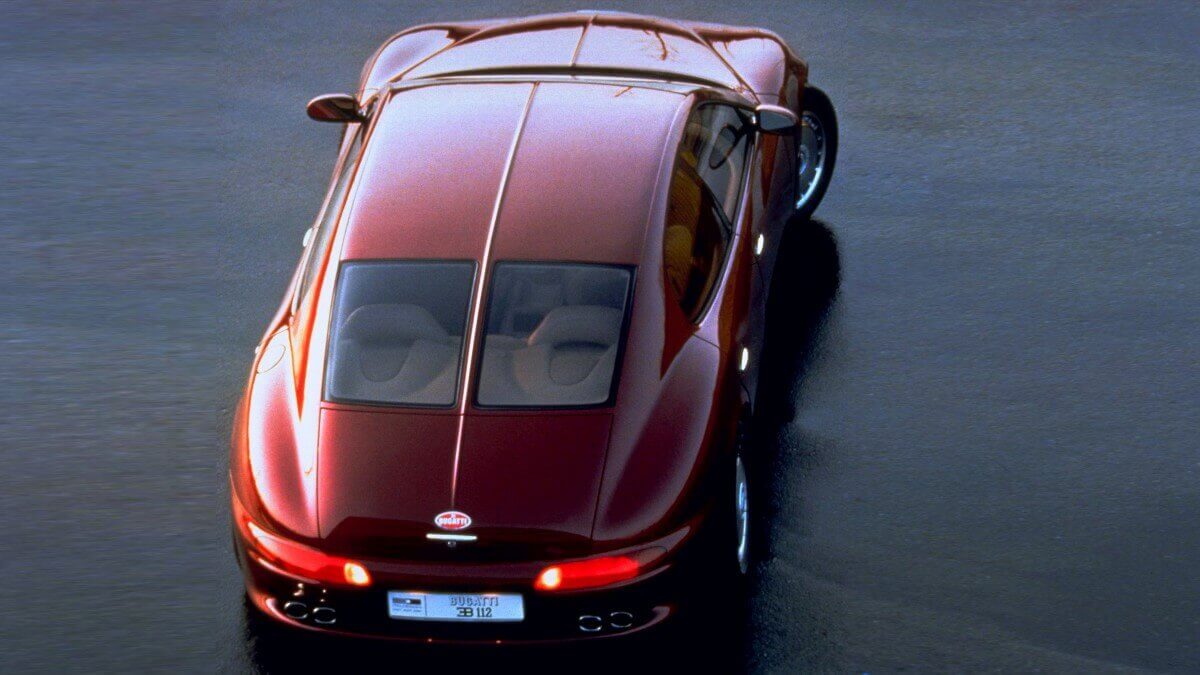 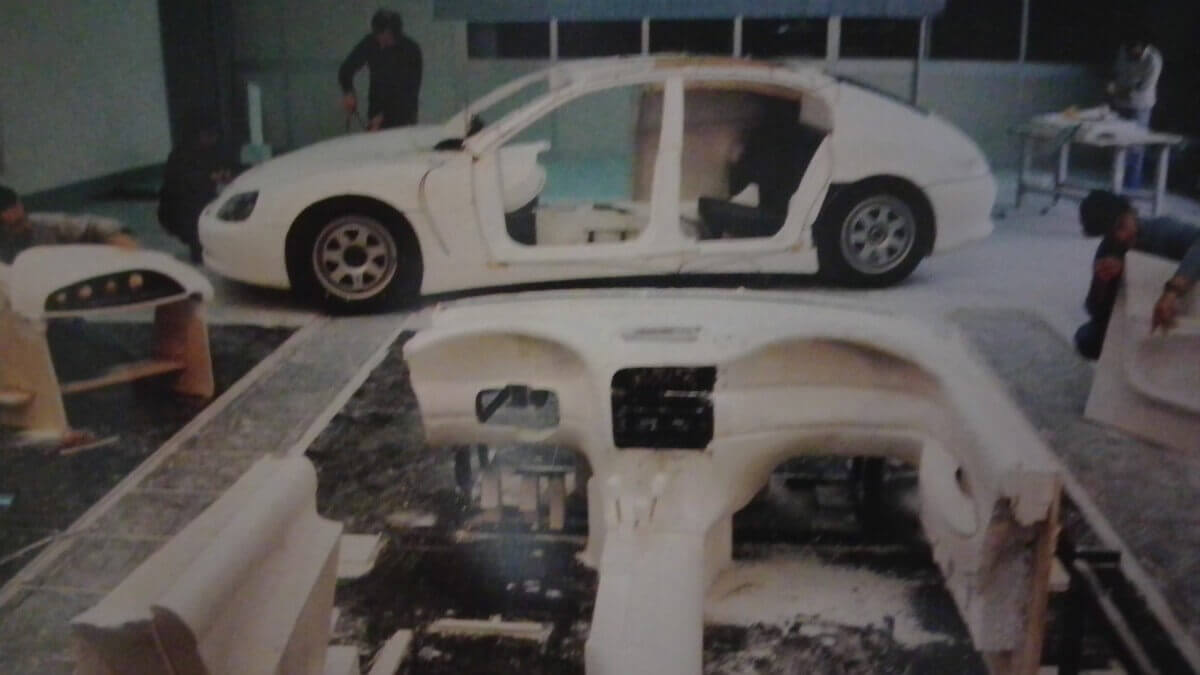 Artioli turned to Italdesign Giugiaro for the design of the EB112. Inspired by classic Bugatti limousines such as the Type 57 Galibier, a modern four-door aluminium model was created with the typical horseshoe radiator grille, three headlight lenses under clear covers on each side and a vertically split rear window. As a representative vehicle, the EB112 was also approved for corresponding dimensions. It is 5.07 meters long and 1.96 meters wide while the height is only 1.38 meters. While some viewers considered the relatively round design as ugly, the American trade magazin ‘Automobile’ called the EB112 “the most beautiful car in the world”.

The world premiere was to be followed by the phase of development and testing, whereupon the Bugatti EB112 should have rolled to the dealerships at the beginning of 1996 at the latest. However, at the beginning of the 1990s, the global economy was in the midst of a financial crisis, which particularly affected the market for luxury and sports cars. Pre-orders for the EB110 were cancelled, and in addition, there were probably various attempts by long-established Italian competitors to give suppliers a false image of the Bugatti brand and thus deter them from cooperations. Together, these facts led to the insolvency of Bugatti Automobili SpA in 1995. While the production rights, manufacturing tools, unfinished cars and spare parts of the EB110 went to the German businessman Jochen Dauer, the Monegasque entrepreneur Gildo Pallanca Pastor bought, among other things, three unfinished prototypes of the EB112, including various components already manufactured. In the years that followed, two drivable vehicles were created from these in his own workshop in Monaco, of which he sold one in anthracite to a car collector from Russia and kept the second, black painted car himself.

The presentation vehicle in red metallic from the Geneva Motor Show is still owned by Italdesign today. After its trade fair appearance it was given an engine and drivetrain, which enabled Bugatti to show a fully working car at the IAA (Frankfurt Motor Show) in 1993 and 1995. It differs from the other two EB112s in that the taillights are located just above the license plate in the rear bumper. Next to these three cars, there is probably a blue wrapped clay model in Italy, which once wore dark grey for press photos. A series production under the direction of Gildo Pastor was ultimately opposed by the high sales price of around two million US dollars per vehicle. Italdesign used the existing basis for the first two concept cars EB118 and EB218, which were built for the newly founded company Bugatti Automobiles under VW management in 1998 and 1999.