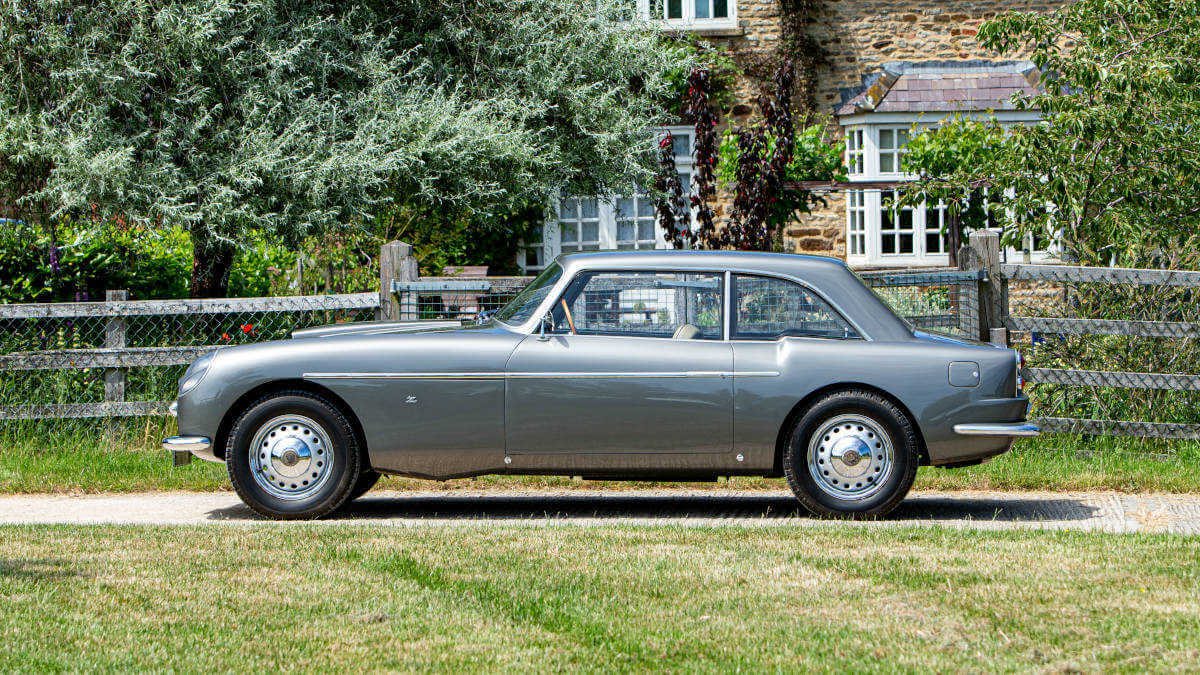 After World War 2, Bristol in Great Britain produced vehicles with the basic technical features of the BMW 326, 327 and 328. The manufacturer retained the inline six-cylinder engine in particular until 1961. The basic design details of the box-frame chassis could also be traced back to the pre-war BMW models. Thus, the rigid rear axle with torsion bar suspension was retained. In 1956, work began on the 406, which was to replace the two-door 404 and the sedan 405 at the same time. To offer customers more power, the engineers increased the engine’s displacement from two to 2.2 liters. By early 1958, this engine version was ready for production, but it no longer found its way into the 405. Instead, it debuted in the 406, but was subsequently retrofitted in some 405s by the factory at the special request of customers. The data sheets stated 78 kW/106 hp and 175 Nm. For the first time, Bristol used Dunlop disc brakes all around.

The previous Bristol models from the 400 to the 405 had body shapes with a strong reference to the pre-war period. At the front, the fenders protruded significantly. Overall, the manufacturer from Gloucestershire merely rounded off the shapes more and more. With the 406, the company wanted to take a clear step in the direction of modernity. Two design teams worked independently on proposals for this. The Swiss Bristol importer Hubert Pattey had commissioned a new coupé body from the coachbuilder Beutler, which made its debut at the 1957 Paris Motor Show and was subsequently also shown at the Earls Court Motor Show in London. However, this design didn’t appeal to Bristol’s management. It opted for a design by in-house employees Dennis Sevier and Dudley Hobbs. After a first prototype had run in road tests from 1958, minor modifications such as a reduction in the size of the tail fins took place for the start of series production. 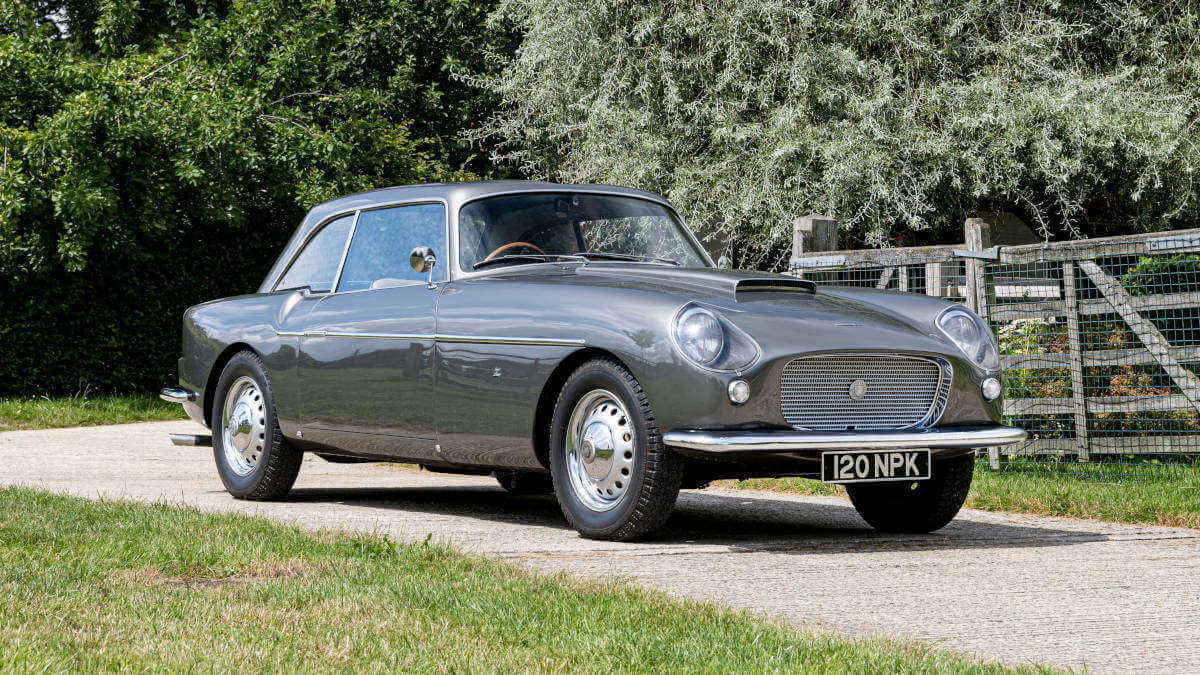 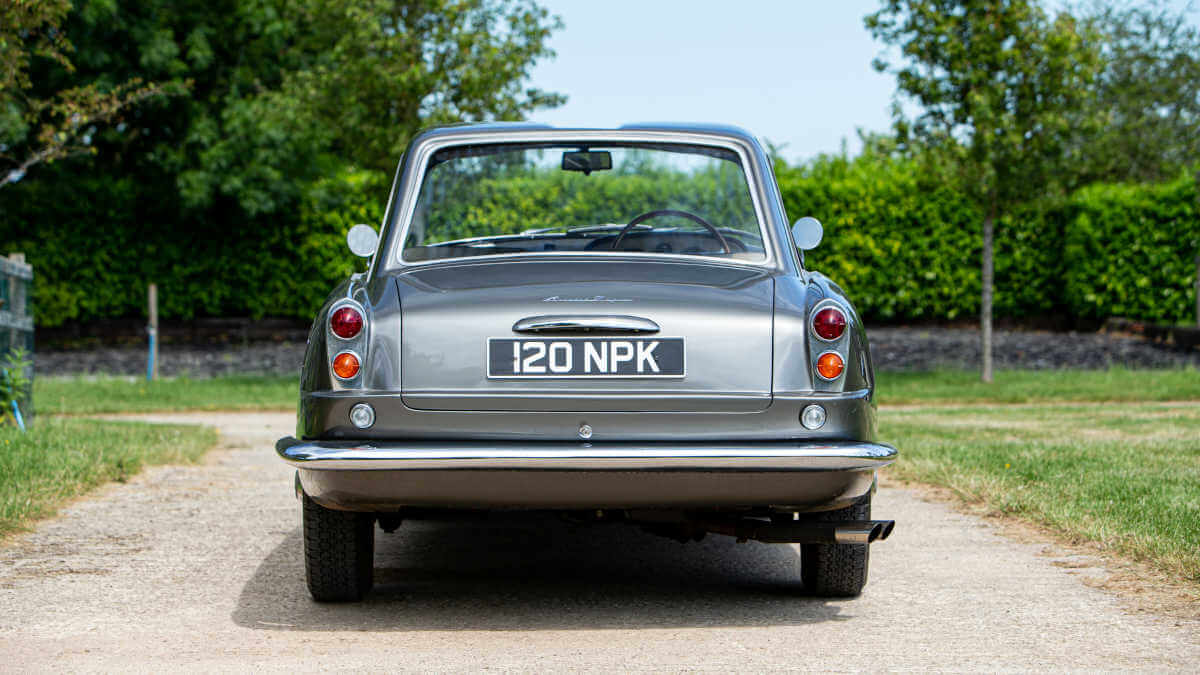 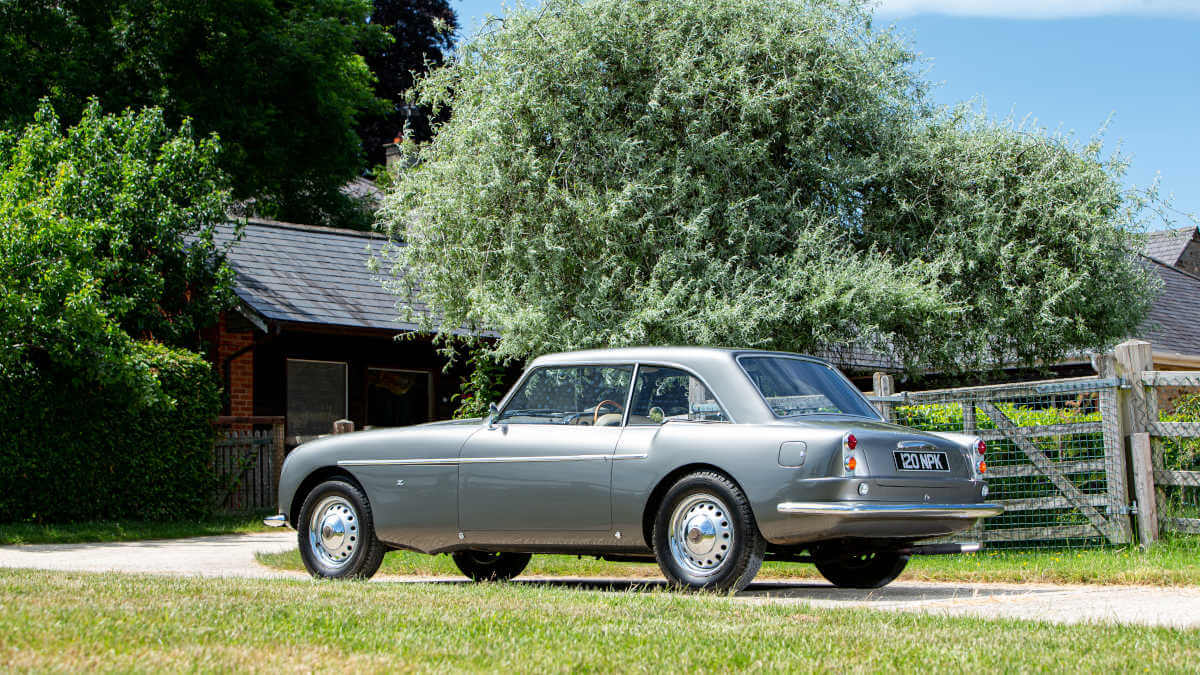 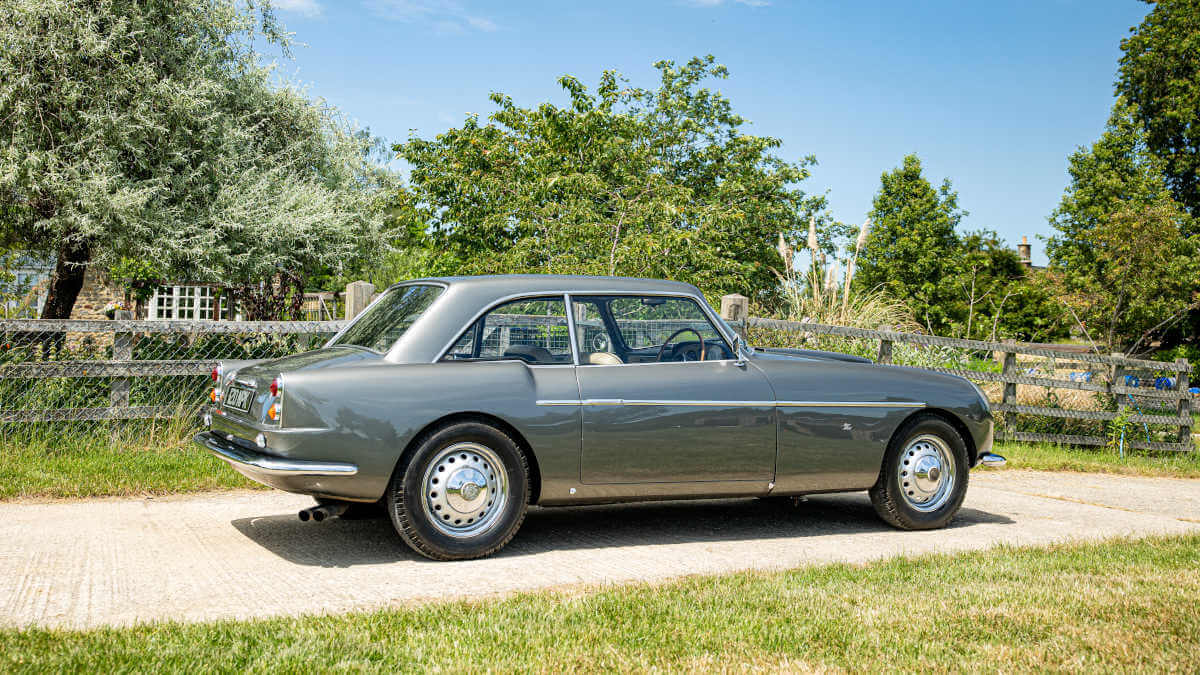 Various changes to the company structure

In contrast to previous models, the aluminium body was no longer made on a structure of ash wood. Instead, the individual parts were attached to a steel skeleton. A contract was signed with Jones Brothers of London for the production of the body-in-white. One special detail was retained: Behind the front wheels are flaps that house the spare wheel, the power pump and the battery. For only a few months, there was also the central auxiliary headlight in the radiator grille familiar from the 404 and 405. Later, there were two auxiliary lights on the sides of the grille. The production period of the 406 saw various changes to the Bristol brand. In 1959, the parent company Bristol Aircraft Company merged Bristol Aero Engines, which also included Bristol Cars, with Armstrong Siddeley. This resulted in the new company Bristol Siddeley Engines (BSE), which at the turn of 1959 to 1960 was considering discontinuing car production at Bristol. 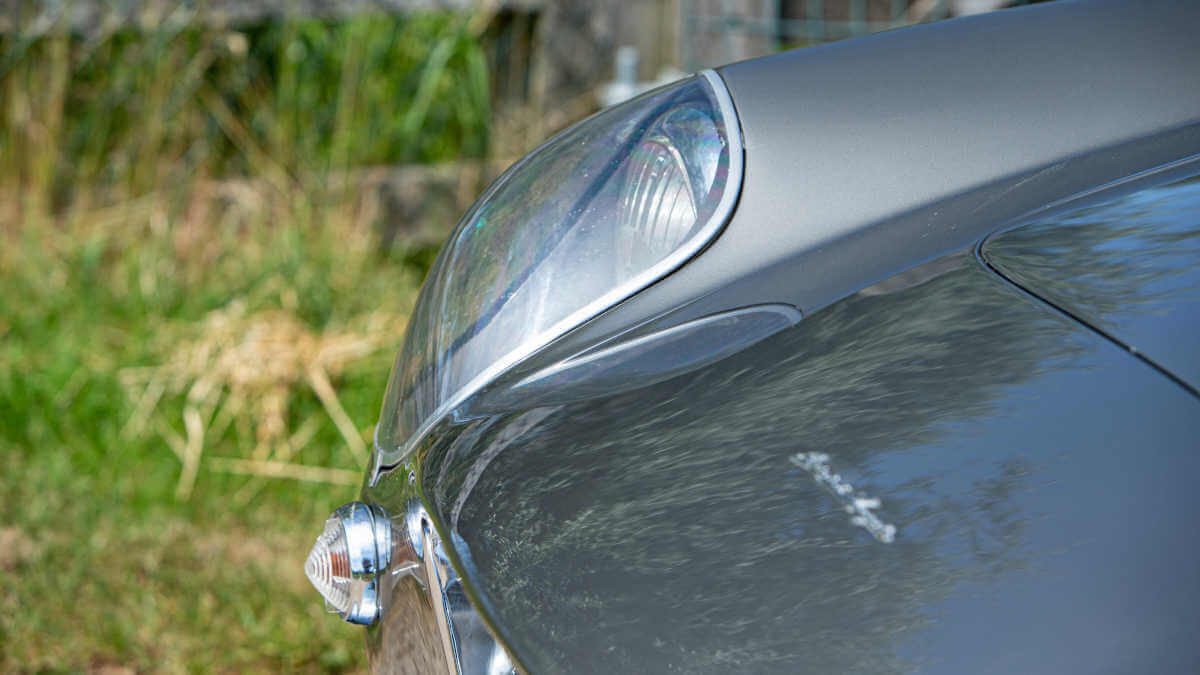 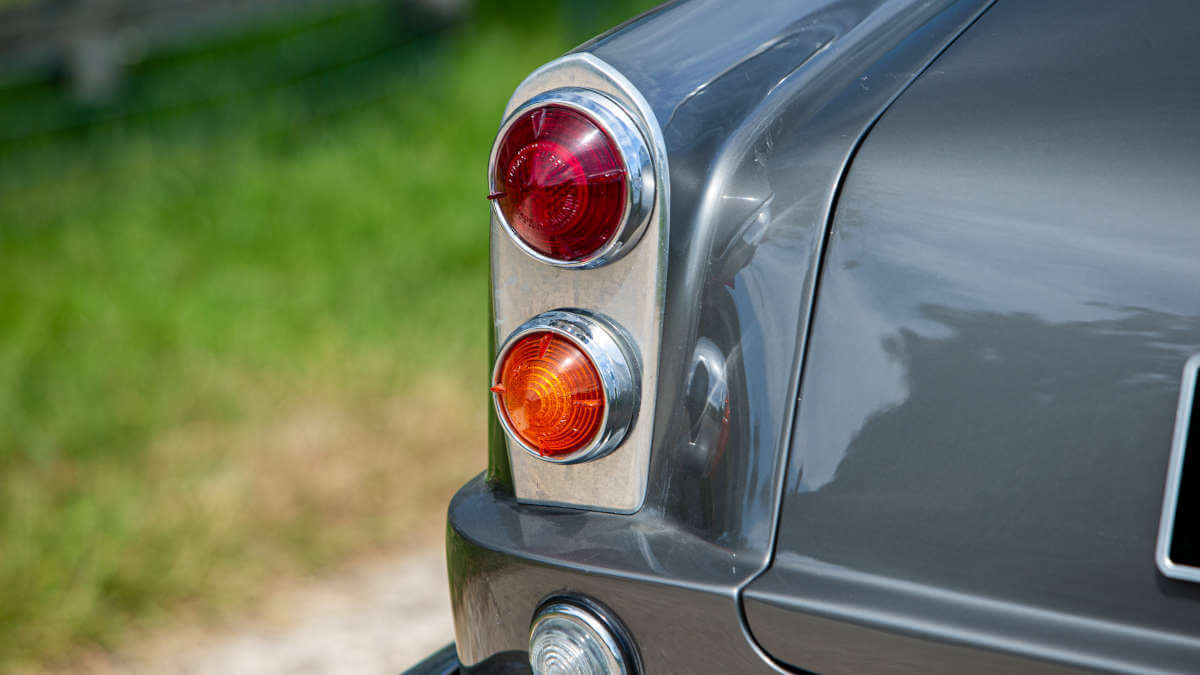 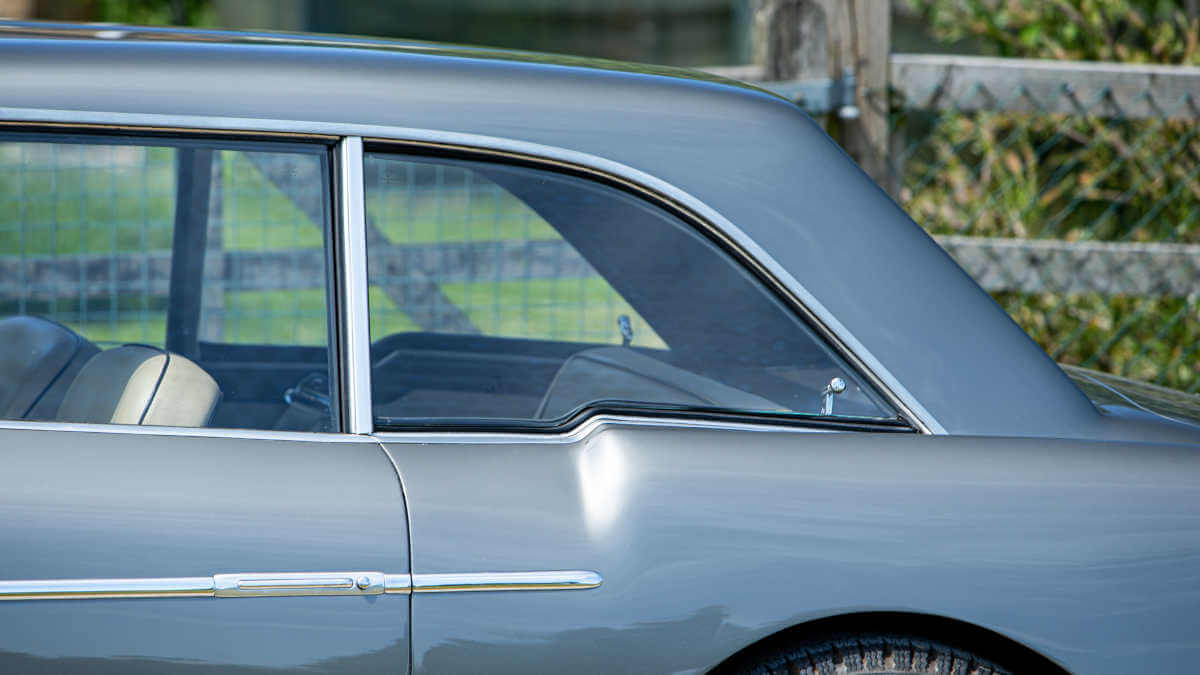 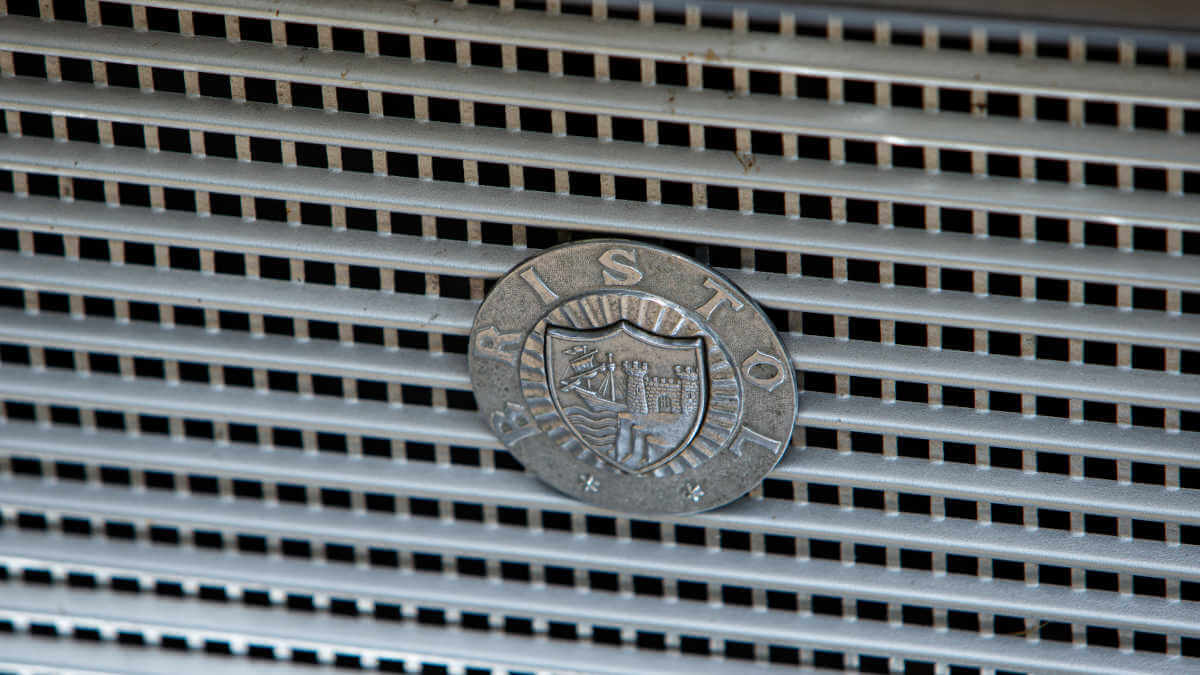 406 was last, only and first model at once

This was prevented at the last minute by George White, a leading Bristol Cars manager, and Anthony “Tony” Crook, the London Bristol dealer. They took over all the shares of the company as Bristol Cars Ltd., making the 406 the last model under Bristol Aircraft, the only one under BSE, and the first of the Tony Crook era at once. Even before taking over the company, Crook commissioned a lighter coupé body from Zagato in Italy. He was primarily concerned with better driving performance compared to the relatively heavy production model. Zagato not only drew a new, 250-kilogram lighter body, but also shortened the wheelbase by 28 centimeters. In this way, Crook and Zagato took up a train of thought from Bristol that hadn’t been realized due to the company’s unclear future prospects. Actually, a more compact, sportier offshoot of the 406 was considered as an alternative to the known four-seat grand tourer. 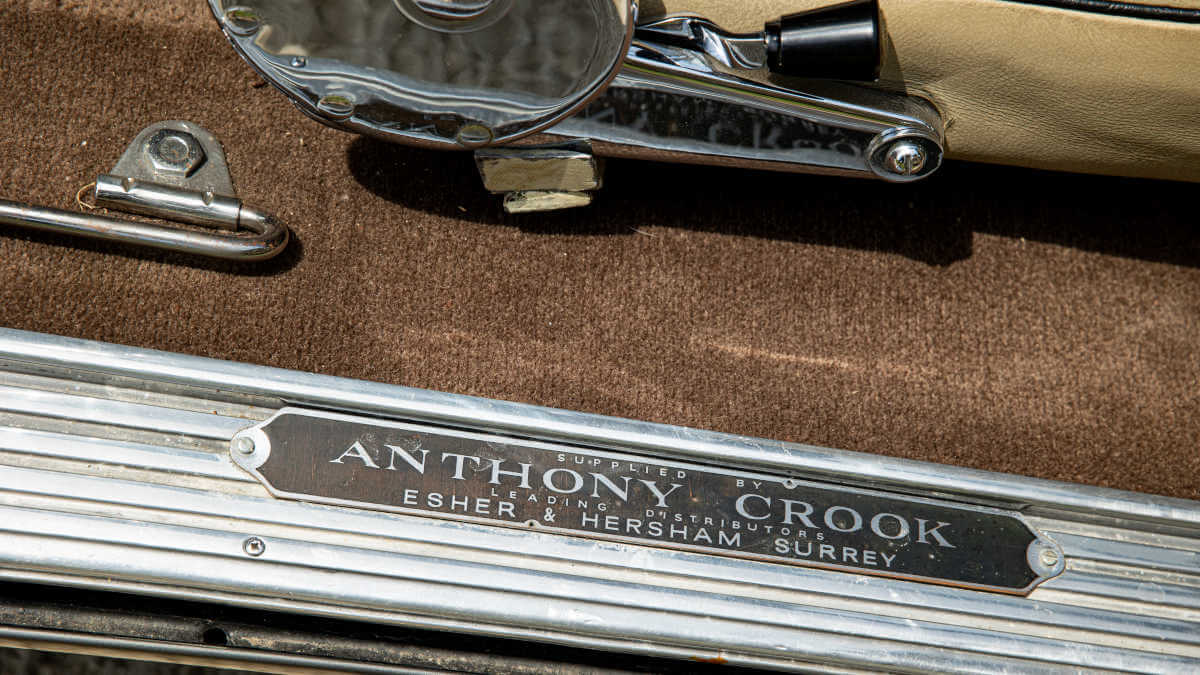 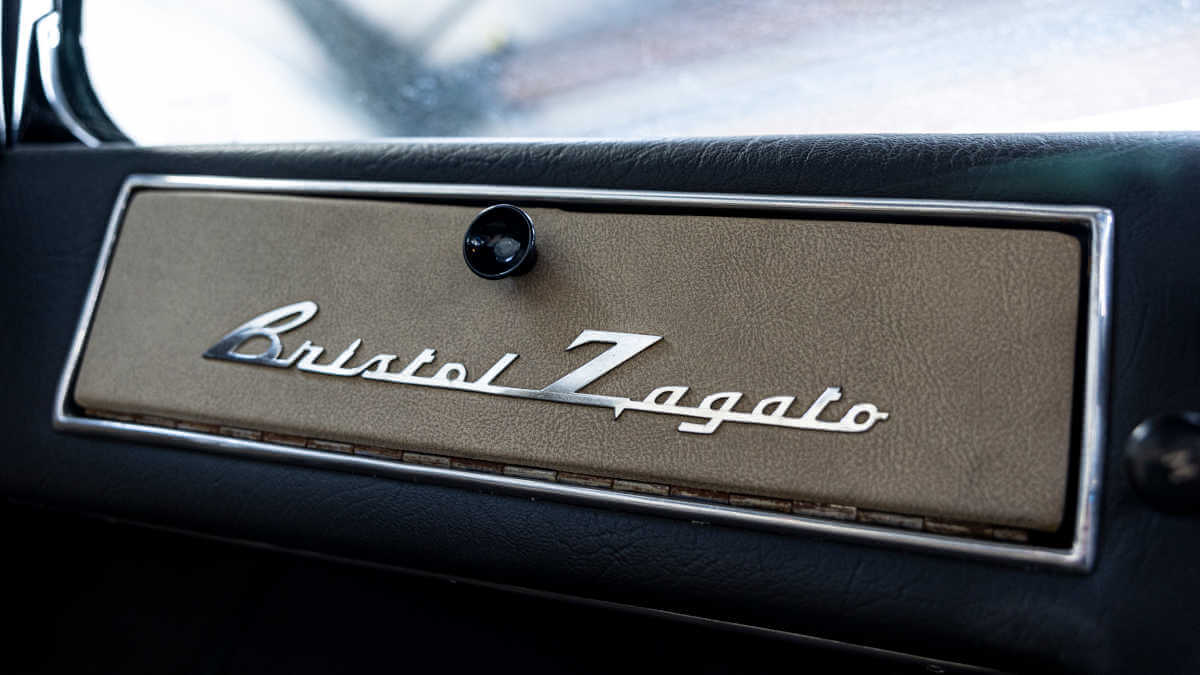 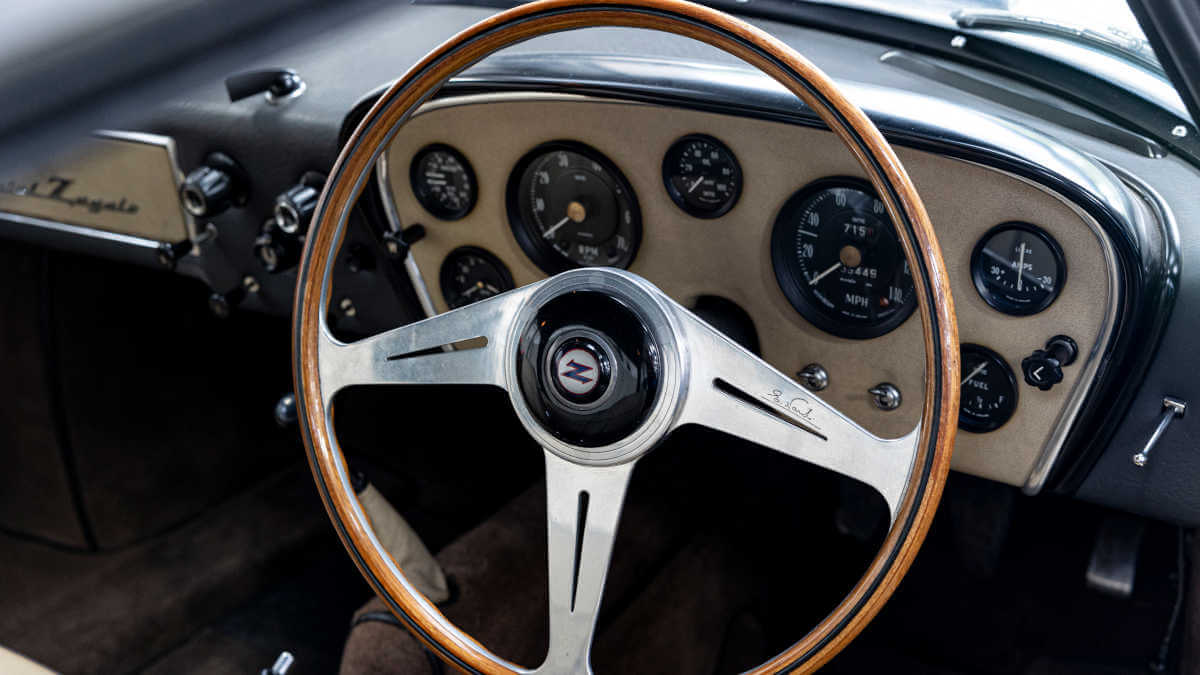 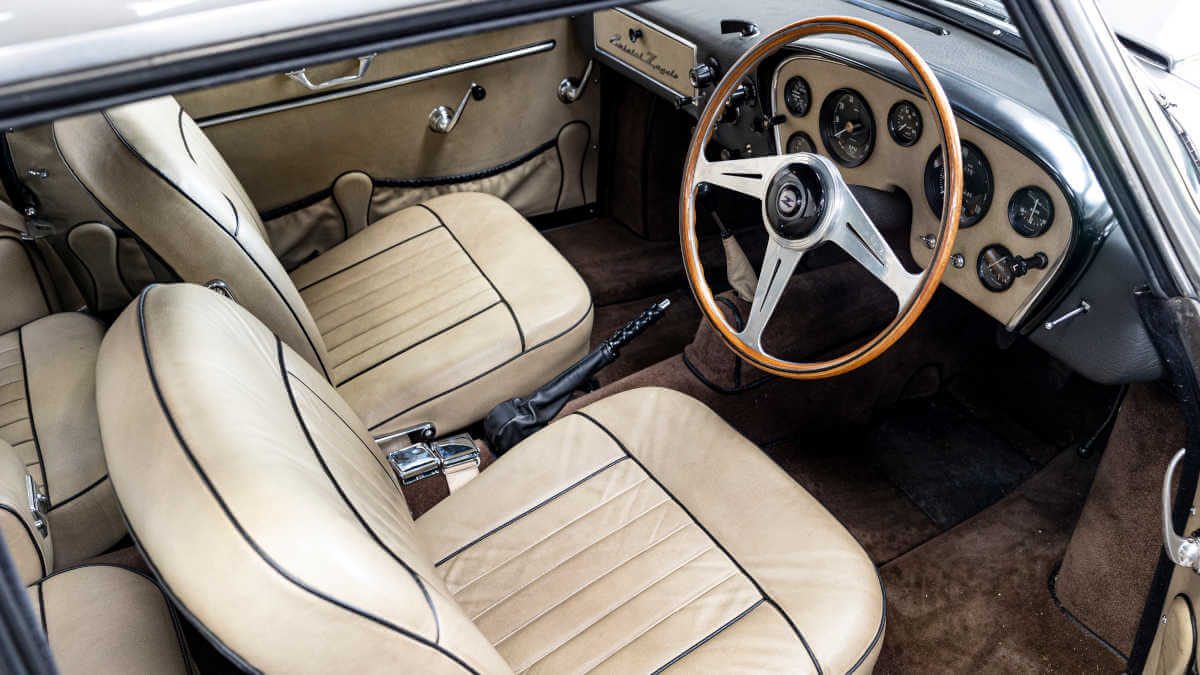 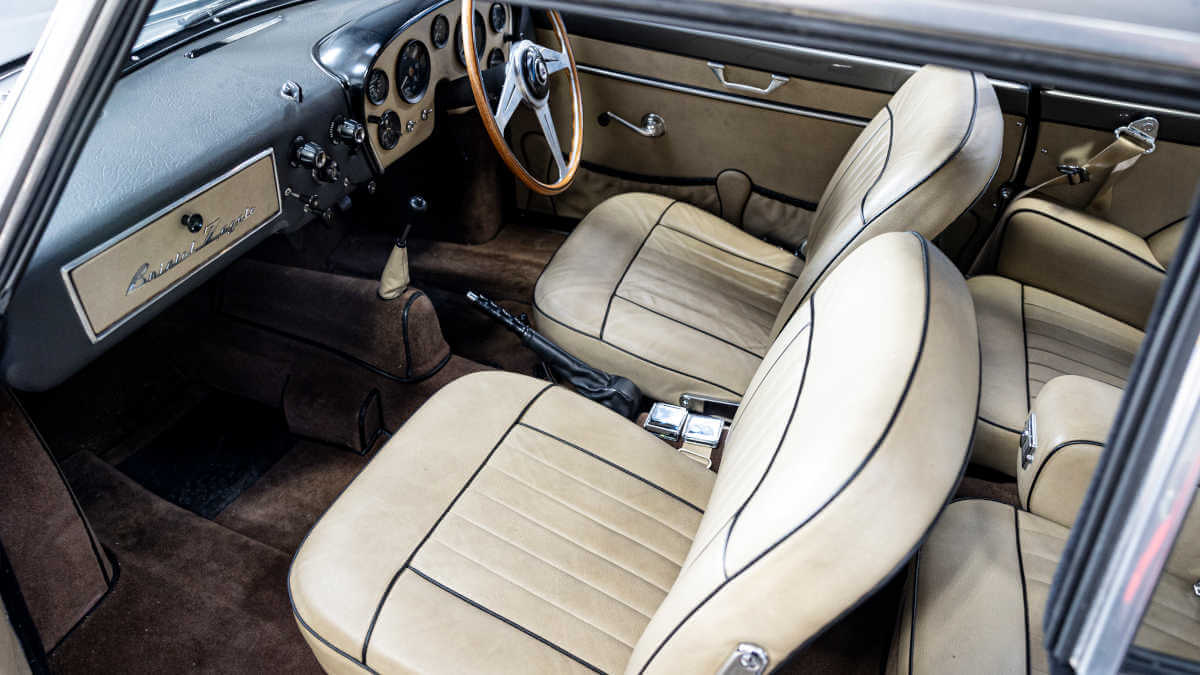 Only six 406 Zagatos were built

The resulting 406 Zagato never officially appeared in Bristol’s price lists. Instead, it was a stand-alone product of Anthony Crook Motors Ltd. This London dealer offered not only Bristol but also all Zagato models at the time. After its debut at the Earls Court Motor Show in 1959, small-scale production began. Under the hood, a more powerful version of the inline six-cylinder engine with around 130 hp was fitted. Since the 406 Zagato was available exclusively through Tony Crook and other Bristol dealers had no access, only six examples were built by the end of 1960. Another short chassis was given a rounder hatchback body by Zagato and the name 406S Zagato. Bonhams will auction the example with chassis number 5299 at Goodwood on September 18. Due to its rarity, the auction house expects a hammer price of between £ 140,000 and £ 180,000.