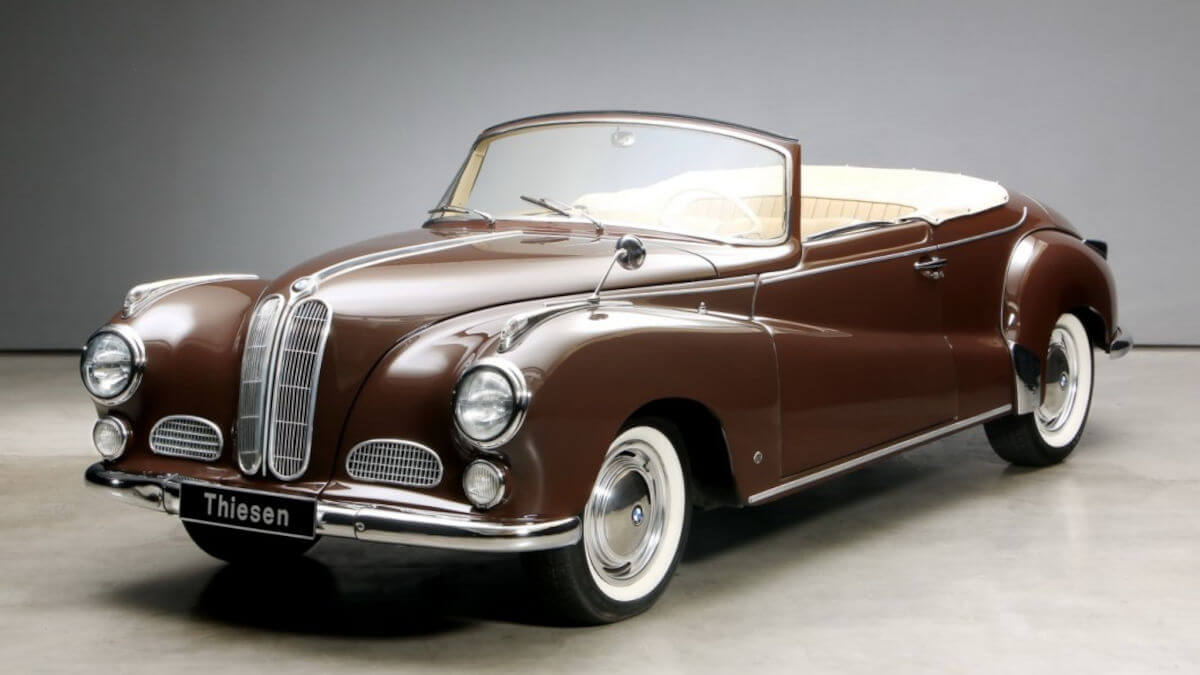 Due to World War 2 BMW lost the possibility to build cars for many years. Their former plant in Eisenach was now located in the Soviet-occupied zone. There it served as a production facility for the new brand EMW. In the late 1940s, hardly anyone in Europe could afford a new car anyway. So the company kept its head above the water with selling motorcycles and various development contracts. Behind the scenes, however, preparations for a new car production started as early as 1948. This was moved to new halls at the headquarters in Munich.

Meanwhile, three different vehicle concepts were created in parallel in their development department to get post-war production going. The compact car project 331 (also called 531 in some sources) and a sedan with a relatively modern interior by Pinin Farina were both rejected at the prototype stage for financial reasons. Instead, the project of an upper-class sedan was pursued, initially based on the 326 from pre-war days. The frame and body were designed by Peter Szymanowski, who had previously been plant manager in Eisenach. The final design of the box frame with torsion bar suspension was created by motorcycle developer Alfred Böning. In April 1951 BMW announced the world premiere of the 501 sedan for the IAA (Frankfurt Motor Show) of the same year and published its first brochures. However, the luxury class vehicle didn’t reach the dealerships until November 1952. 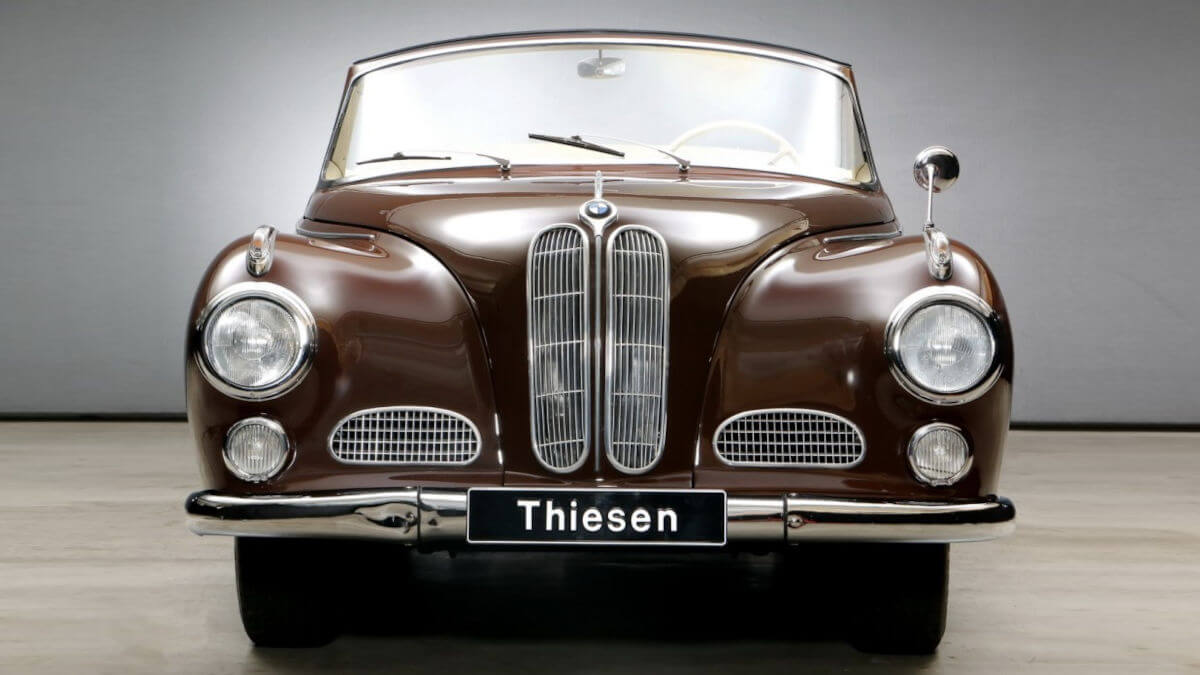 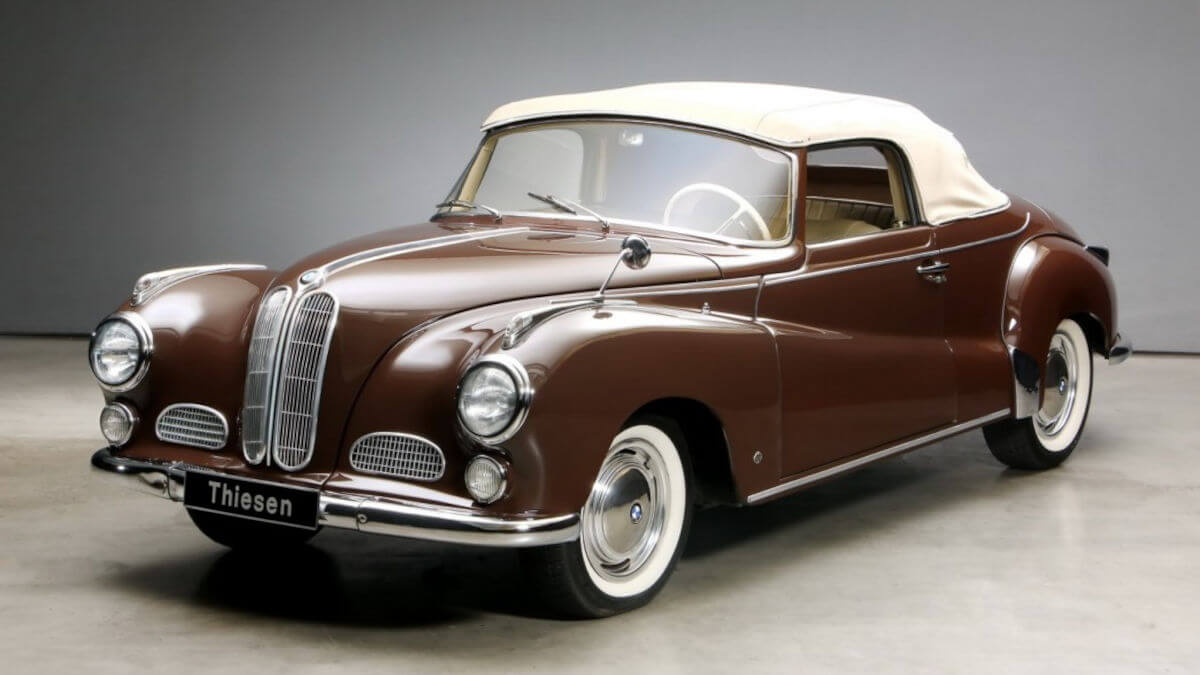 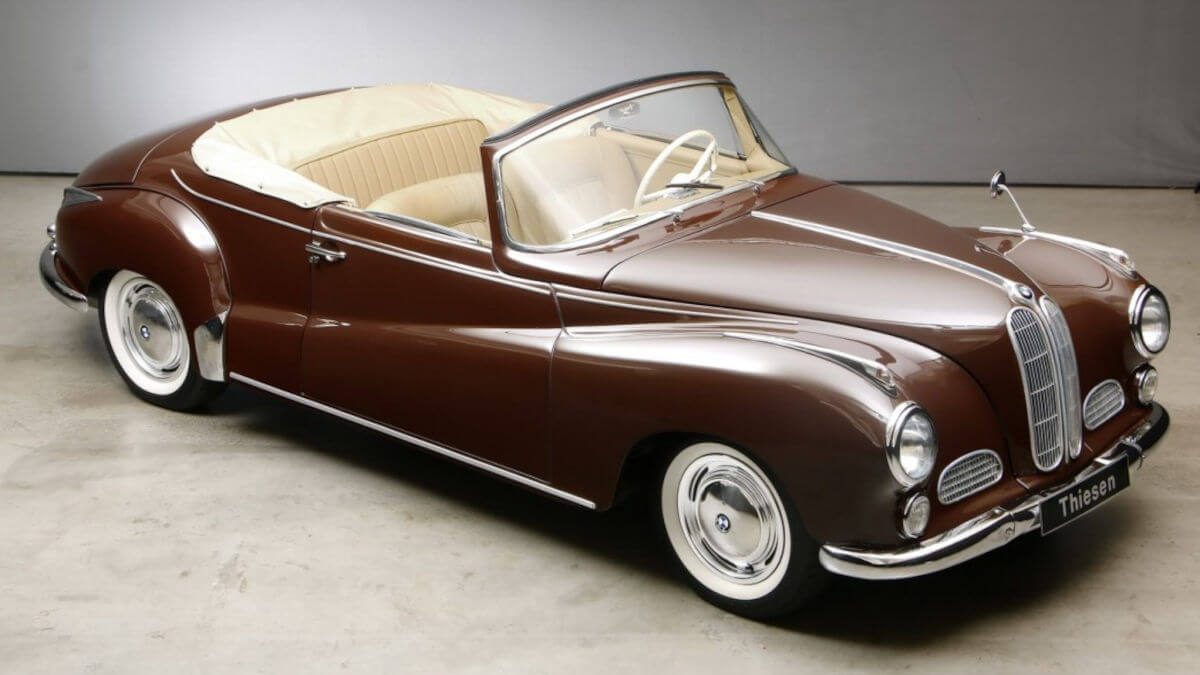 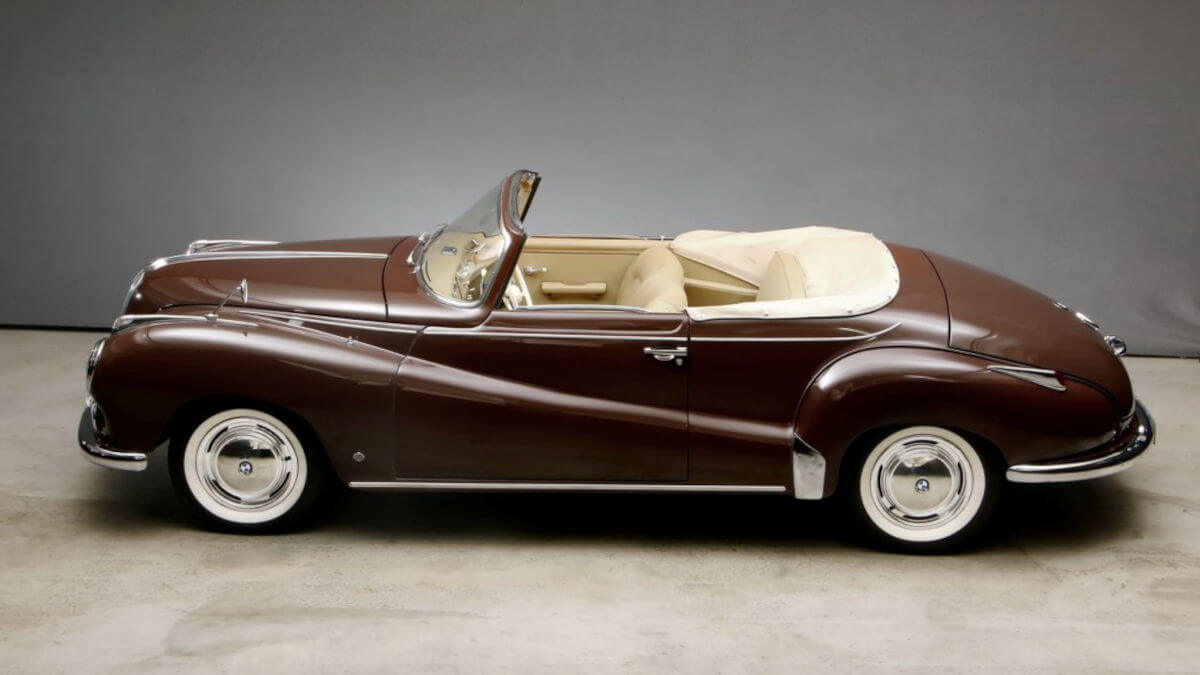 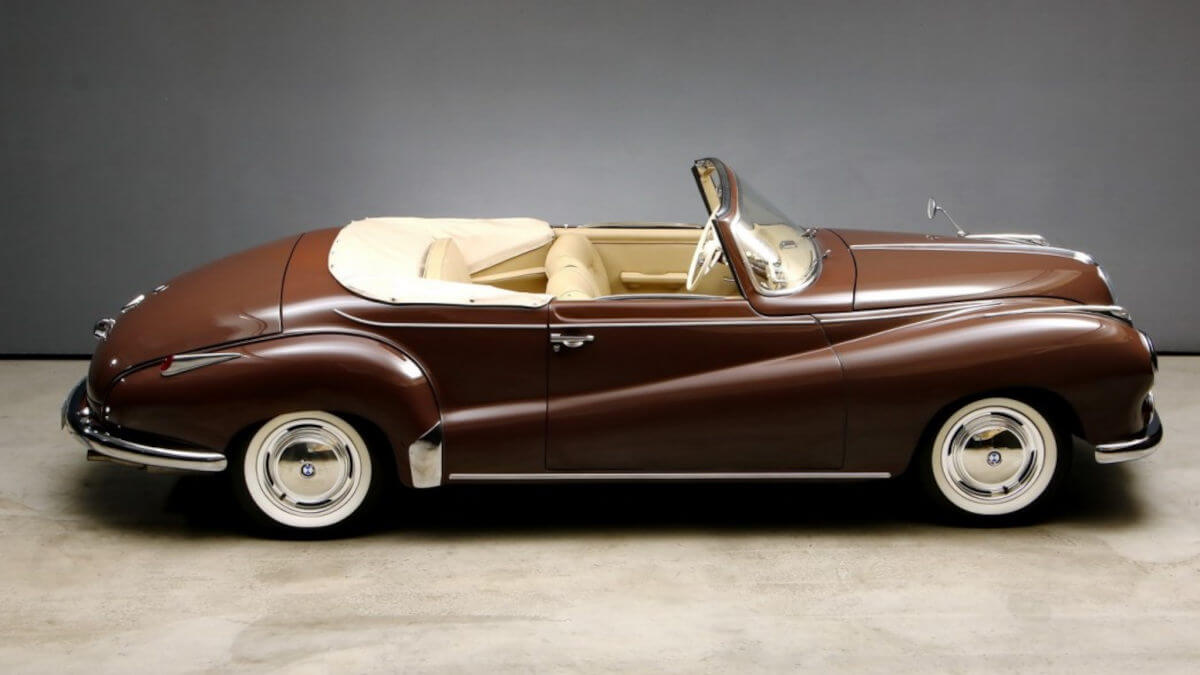 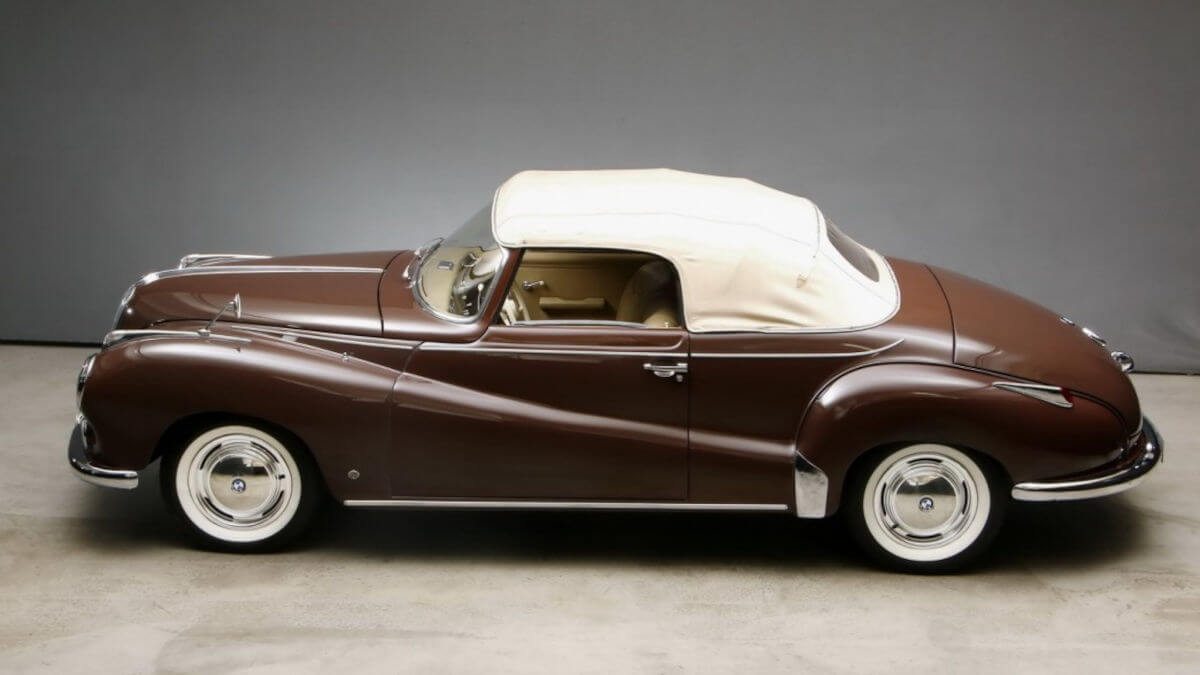 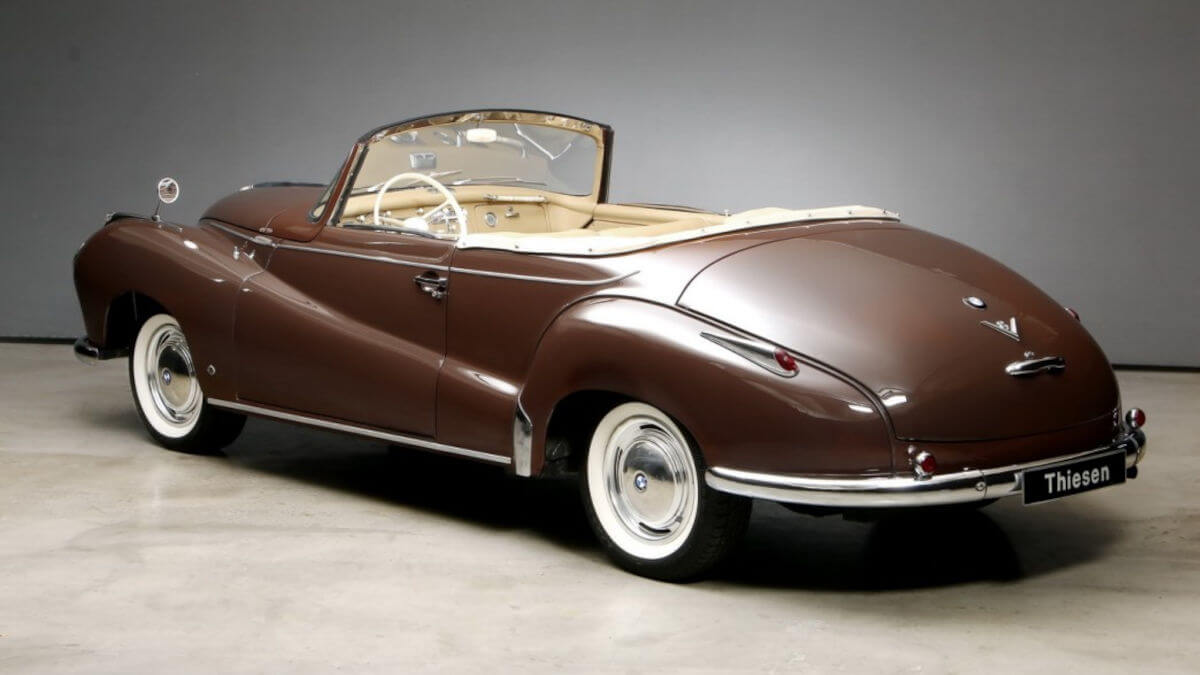 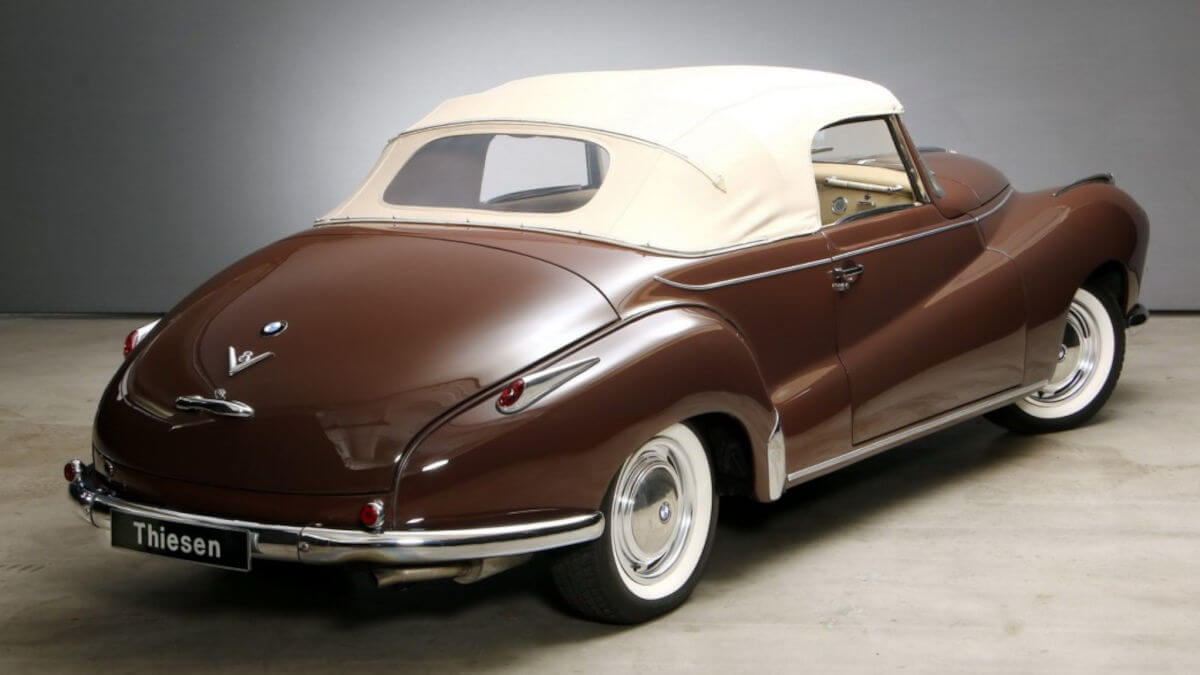 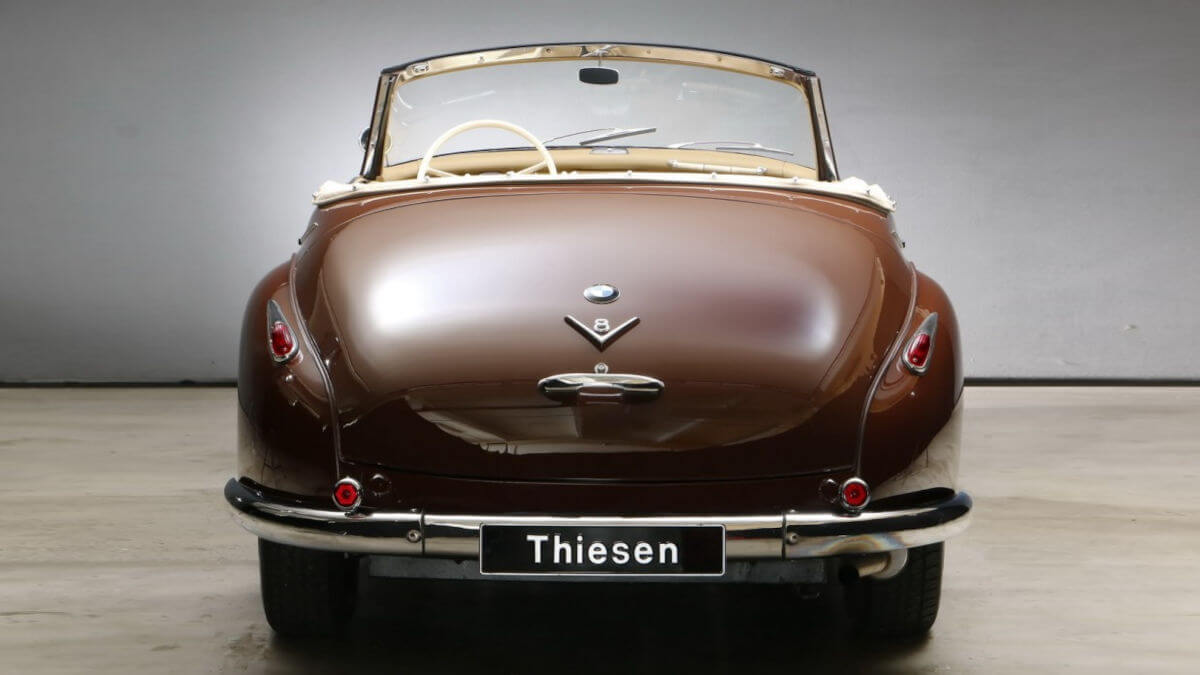 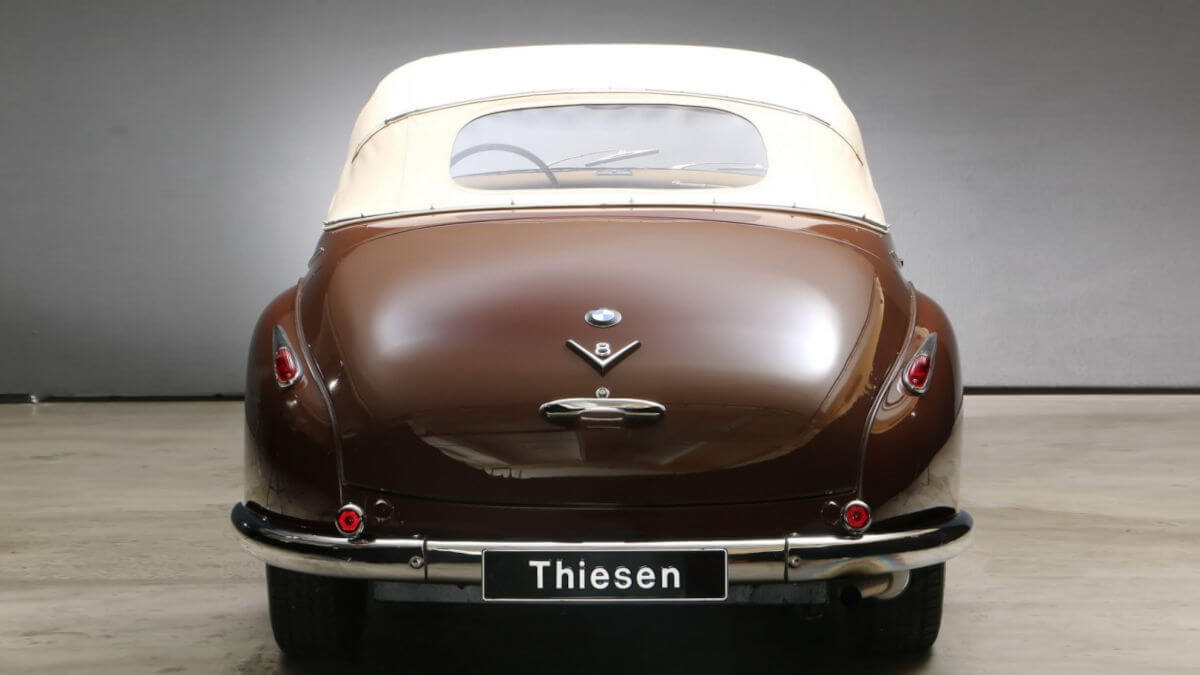 While the 501 featured a further development of the 2.6-liter inline six-cylinder engine from the 326, the 502 with a new V8 engine appeared in 1955 as a replacement. This engine had 120 hp at first, then 140 hp from 1957 and finally 160 hp in the 3200 S from 1961. In addition to the four-door sedans with rear-opening rear doors, external coachbuilders such as Baur in Stuttgart and Autenrieth from Darmstadt soon produced two-door coupés and convertibles as well as special bodies. However, the sedans that were popularly deningrated as ‘baroque angels’ for their design in Germany were already far too expensive for the post-war period. Special bodies made the vehicles even more expensive, which is why only around 280 of the just over 23,000 501/502/3200 S built were converted accordingly. These cars are correspondingly rare on the market today. At the classic car dealer Thiesen in Hamburg, a sports convertible from Autenrieth is currently for sale. This version cost as much as a Mercedes-Benz 300 SL in 1955.

Georg Autenrieth originally founded his cartwright’s workshop in Weinsberg near Heilbronn in 1921 and moved the company to Darmstadt in 1925. As ‘Erste Darmstädter Karosseriewerke Georg Autenrieth’ they took care of individual productions of sedans, convertibles, coupés and other special orders. The underlying basis before the war didn’t matter. Opel, Horch, Adler, Röhr, NSU, Mercedes-Benz, Audi or Maybach passed through his halls. Also some BMWs and a small series or prototypes for the convertible version of the KdF-Wagen (later Volkswagen). After the death of the company founder in 1950, the company continued to run for some time and developed for the then not yet self-supporting cars of Citroën (DS), Borgward (Isabella), Opel (Olympia, Kapitän and Rekord) and even BMW coupé and convertible bodies. In addition, station wagons and hearse were included in the program. Due to the change towards self-supporting car bodies, orders declined, which led to the closure of Autenrieth in 1964. 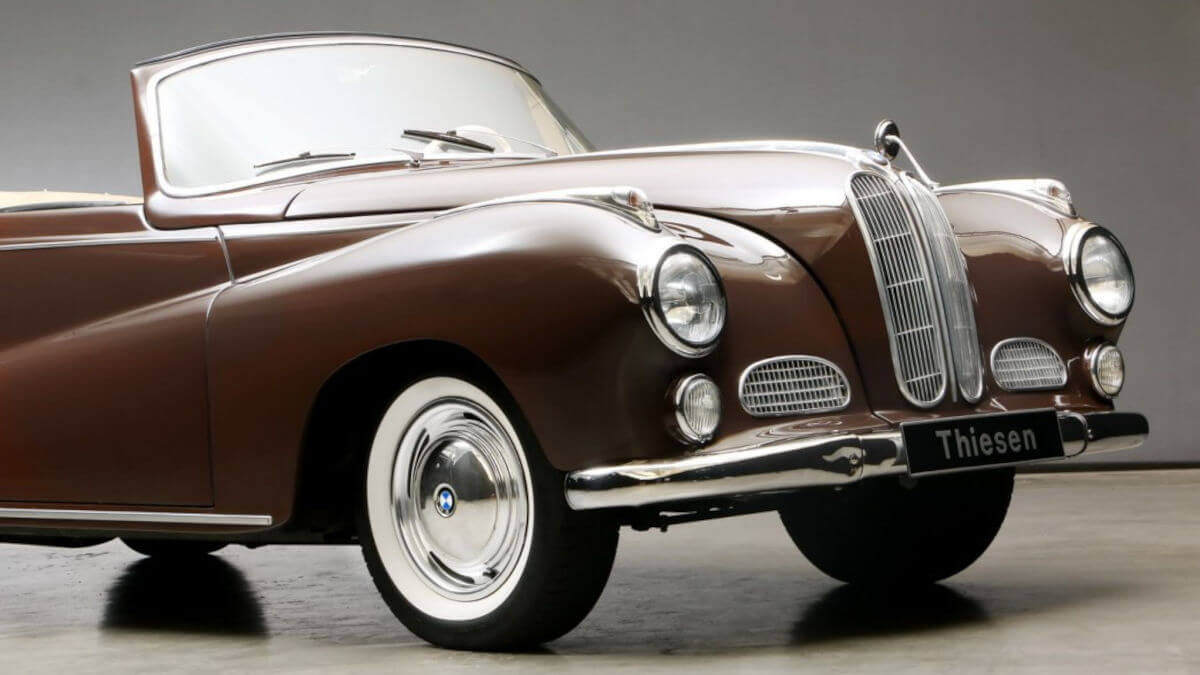 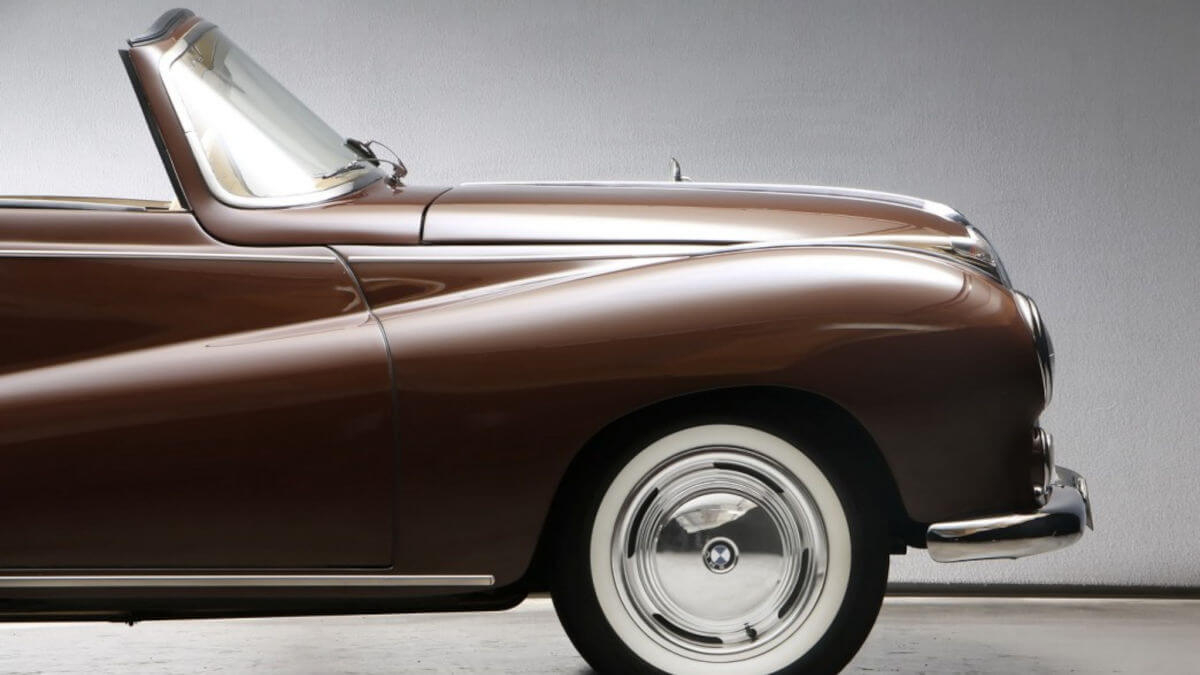 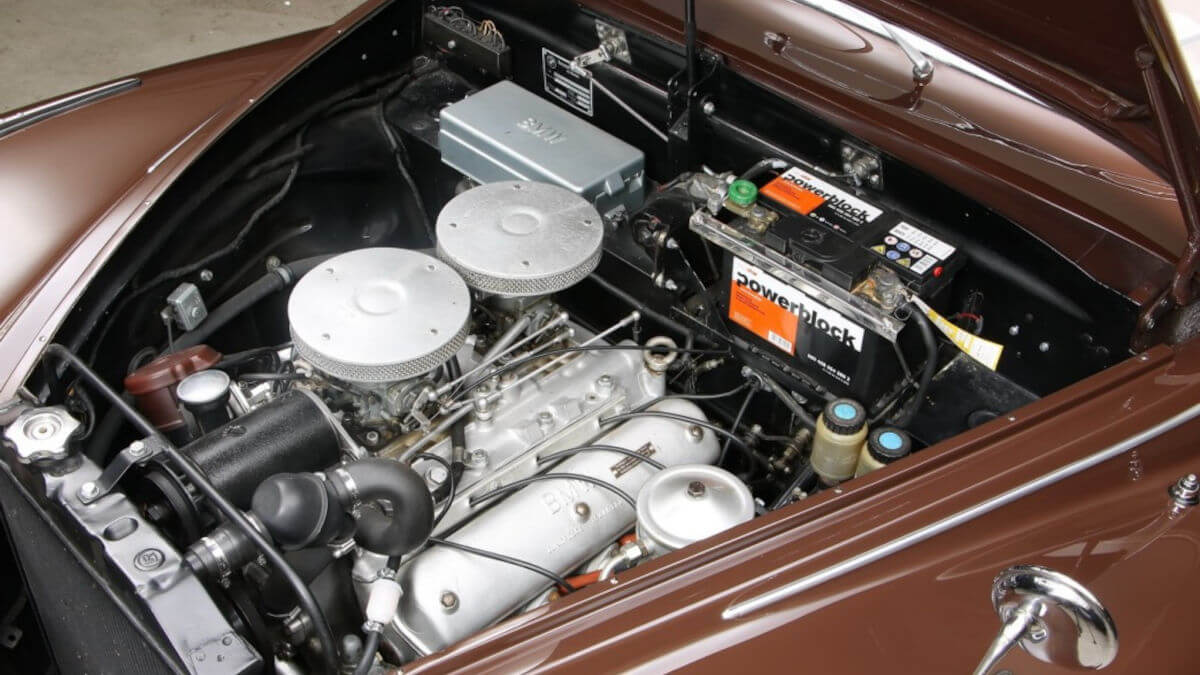 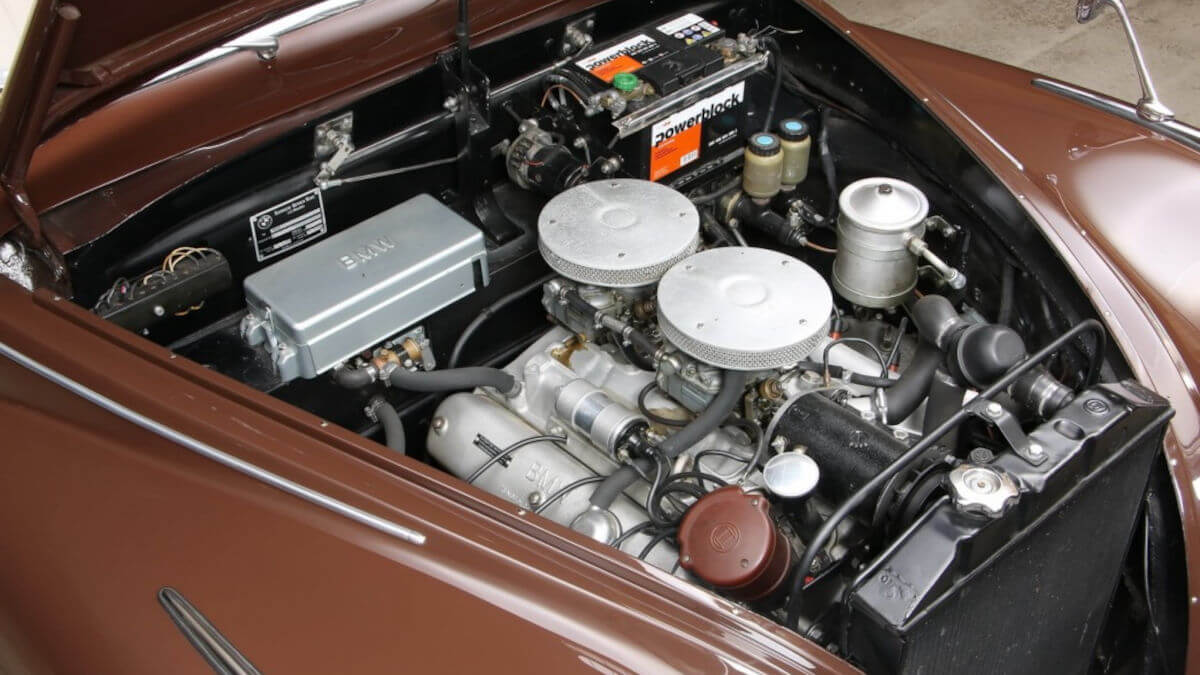 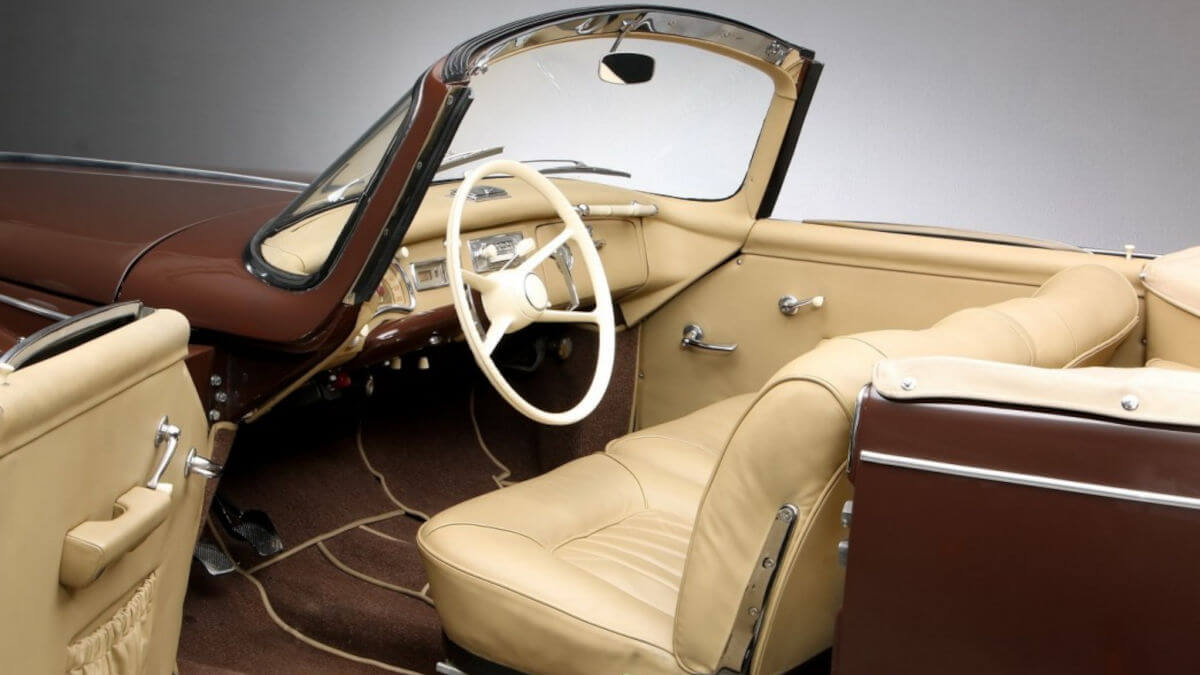 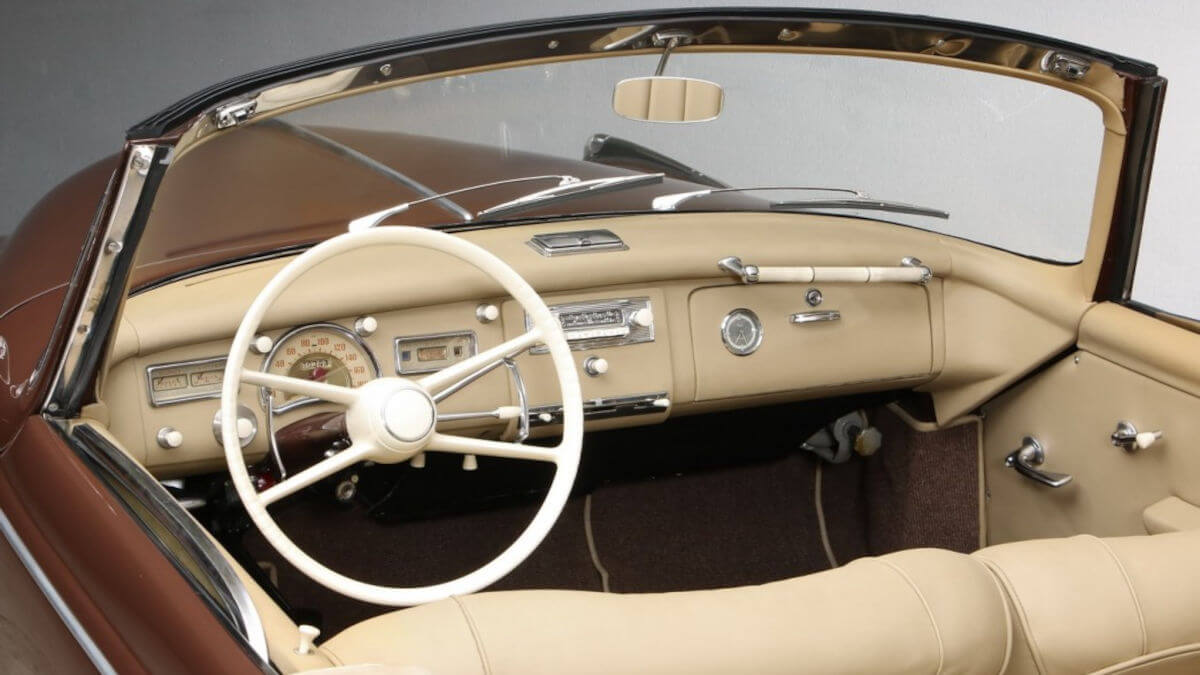 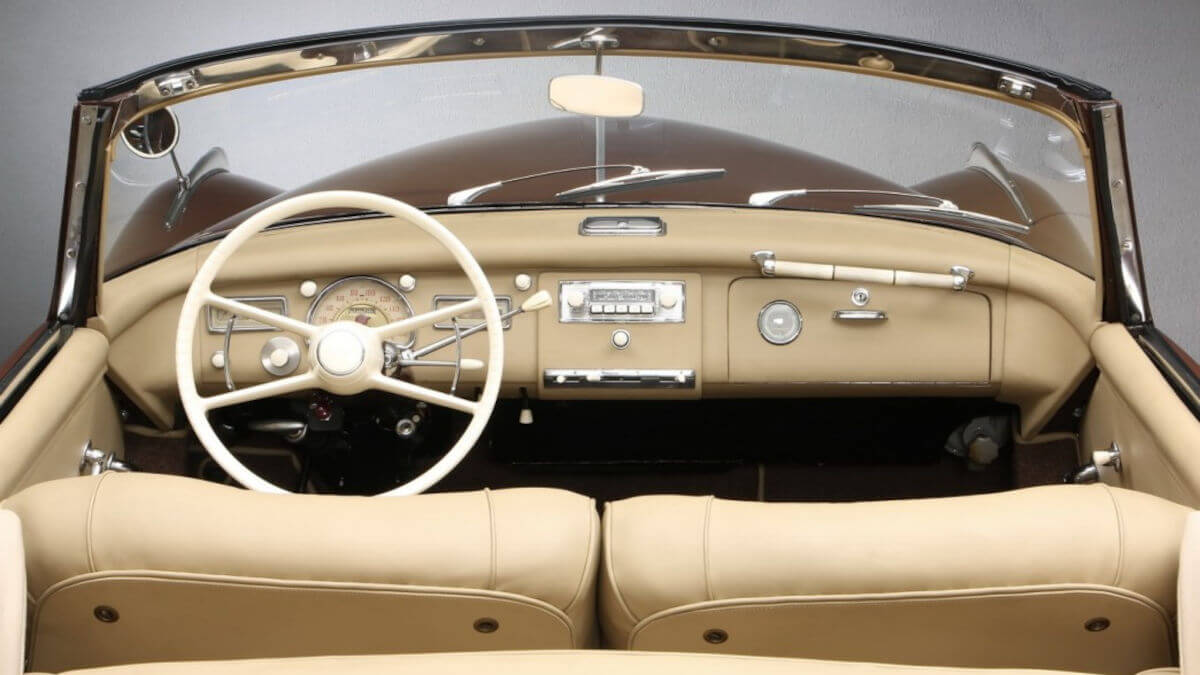 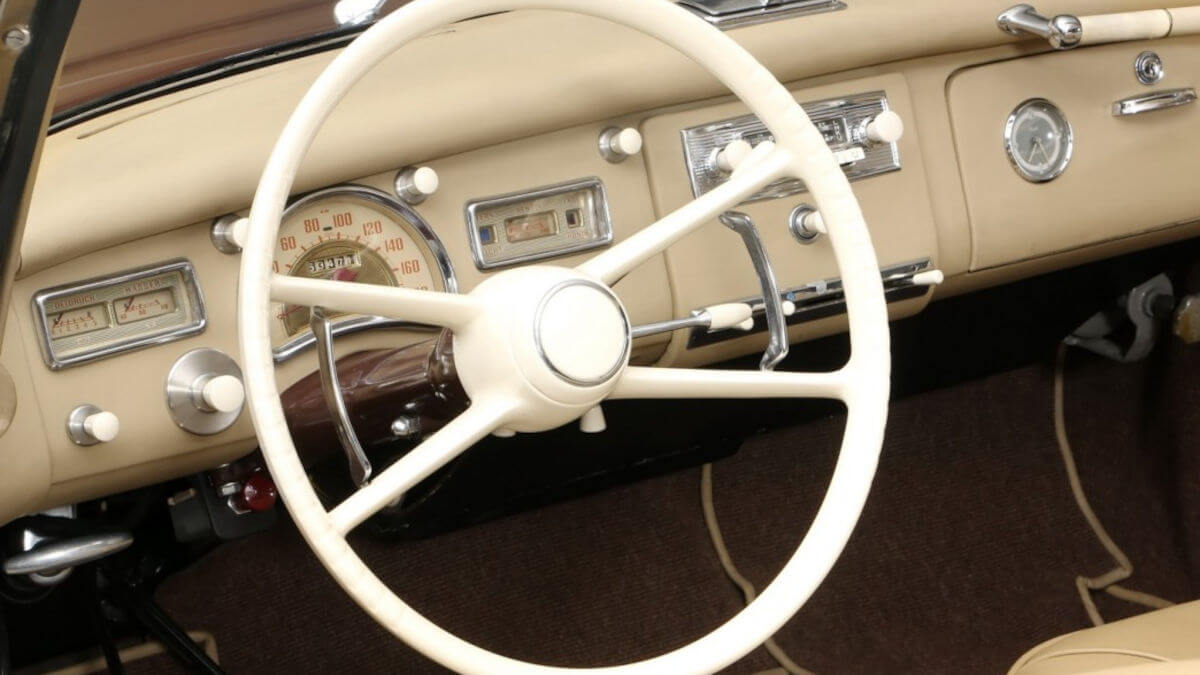 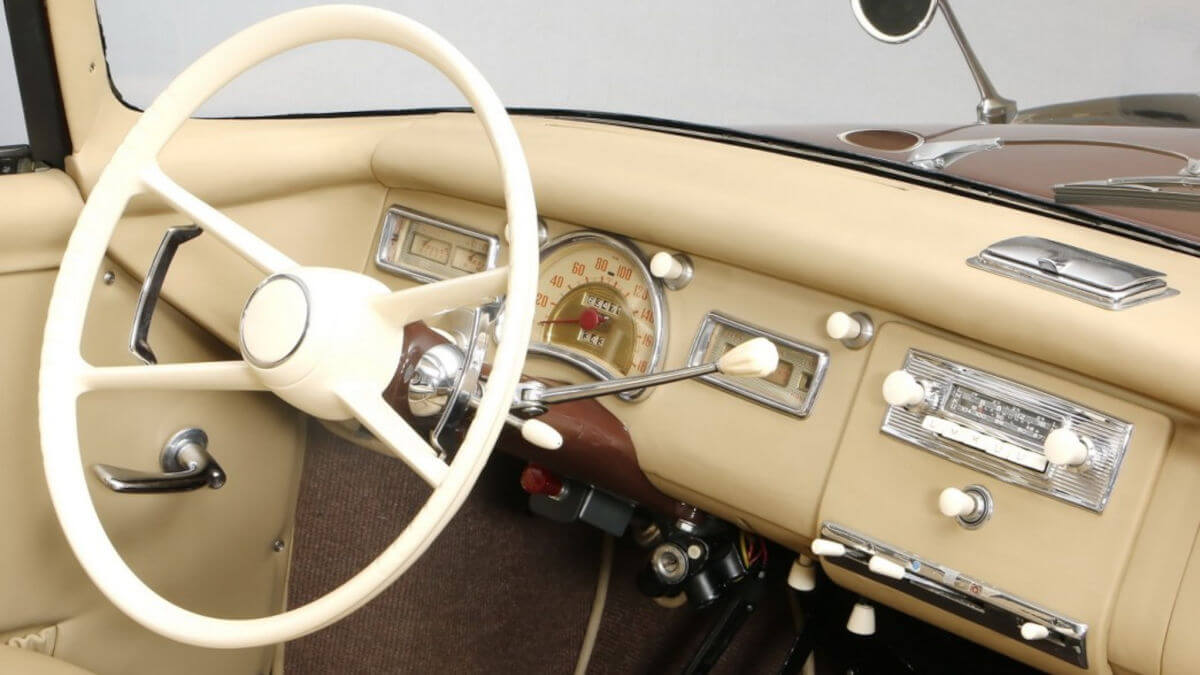 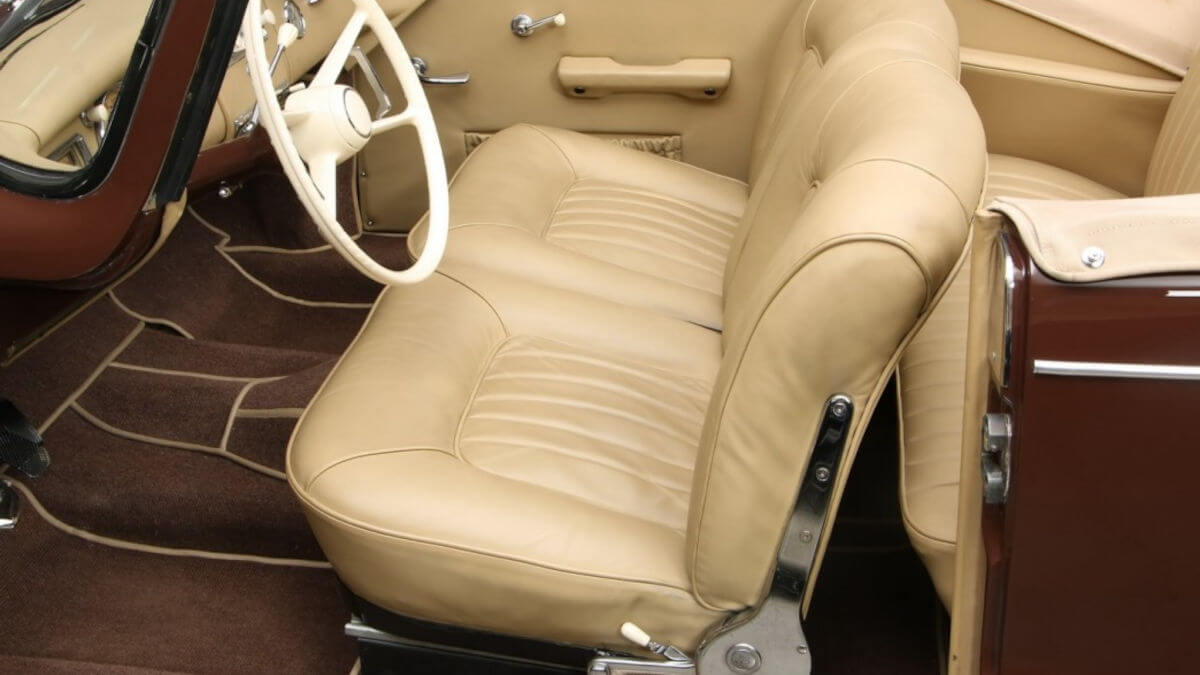 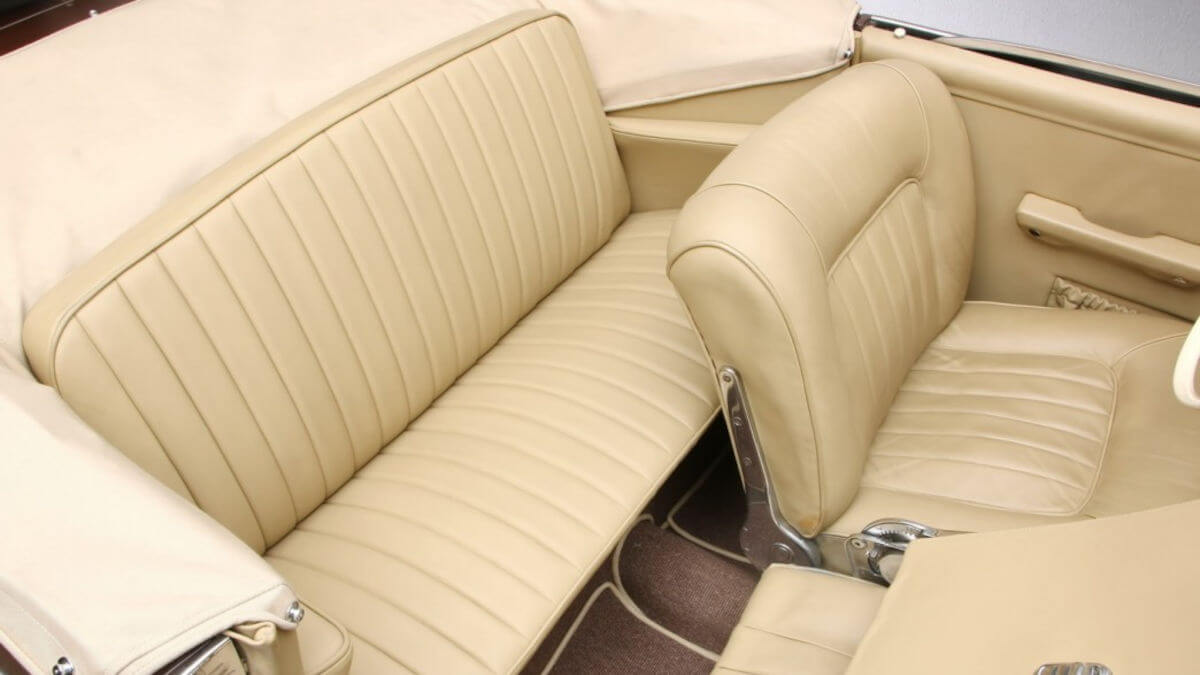 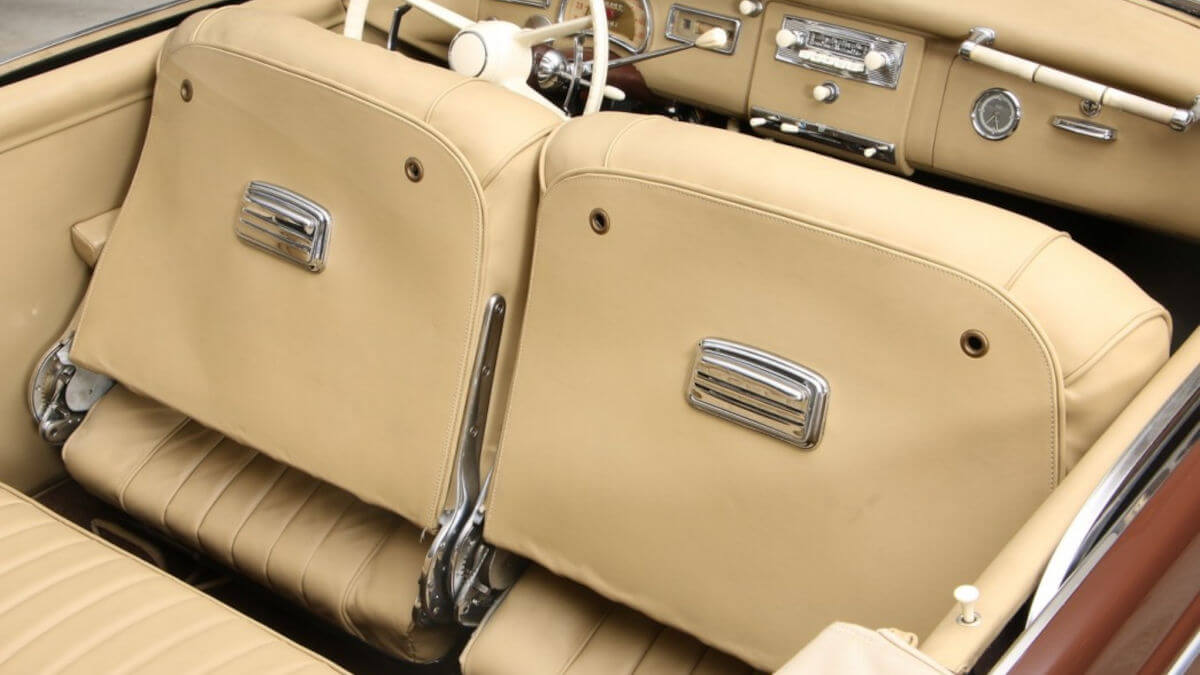 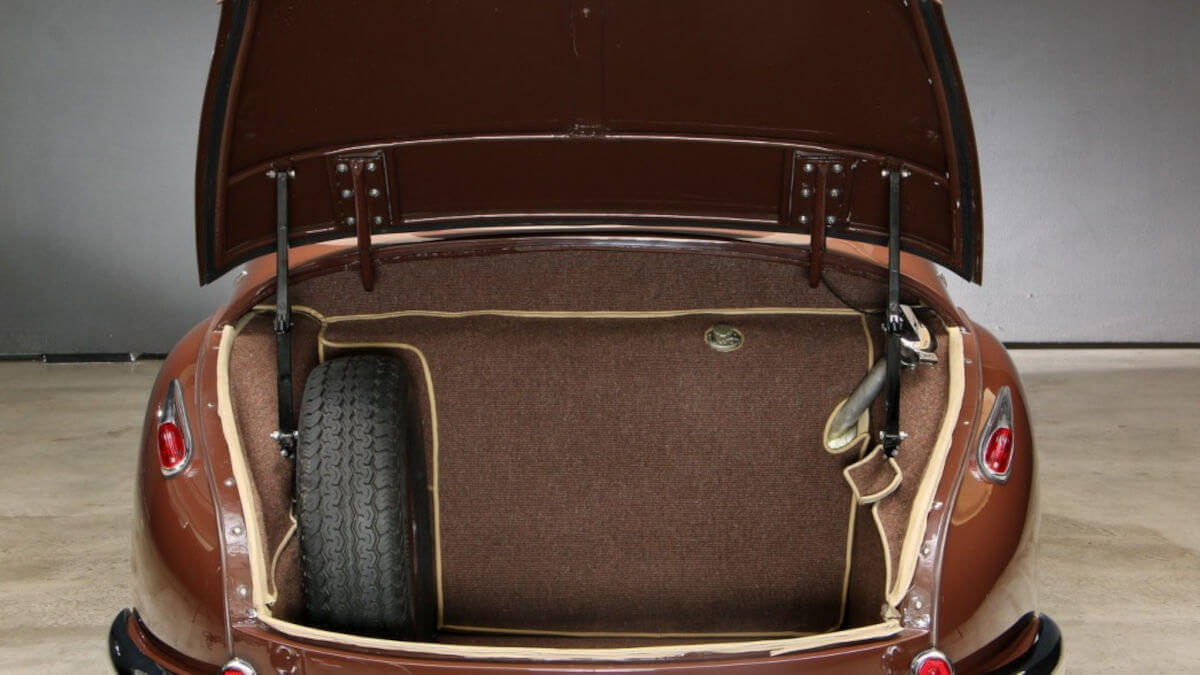 The BMW 502 Autenrieth Sport-Cabriolet offered by Thiesen was completed on November 15, 1955. While Baur’s convertibles at the front corresponded perfectly to the 502, Autenrieth moved the headlights to the outside of the fenders. Via a dealer in Baden-Baden it reached North Rhine-Westphalia. The second owner had a house next to the Chiemsee and parked the noble open four-seater there. Some time ago an extensive restoration was carried out on his behalf, for which the bodywork was separated from the frame. When exactly the car got a stronger engine from the 3200 S is unfortunately not known. Thiesen offers this rarity for 275,000 €.