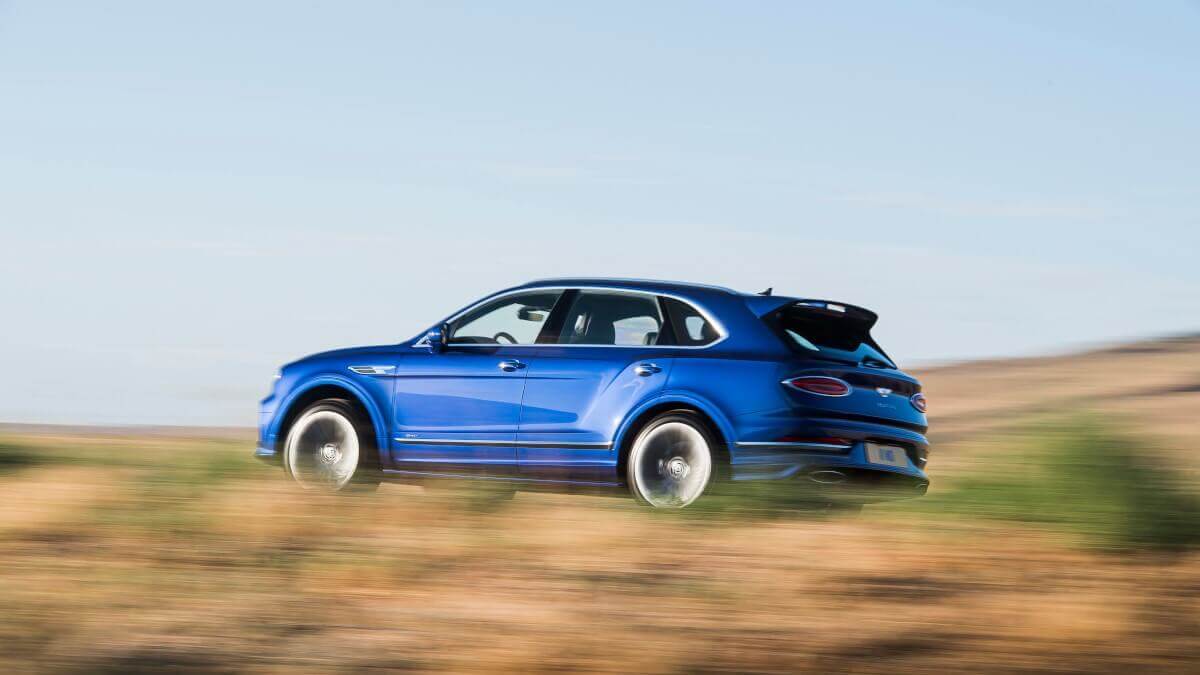 Only a few weeks after the revised Bentley Bentayga debuted, the British luxury brand is also showing the top model of the series, the Bentayga Speed, in an updated version. This variant has only been around for just over a year, which means that the original variant remained quite rare. More copies of the modified version are expected to roll off the production line. After setting a new record for SUVs in the 2019 hillclimb race at Pikes Peak, the new Bentayga Speed is set to remain the fastest SUV in the world. To achieve this, no changes were made to the performance of the popular W12 biturbo engine. It remains at 635 hp and a maximum torque of 900 newtonmeters, which is continuously available in a rev range between 1,500 and 5,000 rpm. In combination with an eight-speed automatic transmission and permanent four-wheel drive, it takes 3.9 seconds to go from a standing start to 62 mph and on to a topspeed of 190 mph.

At lower speeds in rolling operation, a cylinder deactivation feature deactivates a complete cylinder bank to reduce fuel consumption. Intelligent control electronics switch between the two banks to prevent the cylinders and catalytic converters from cooling down, thereby reducing efficiency. As the car glides along the highway at a constant speed in fifth to eigth gear, the torque converter opens and lets the car roll in neutral for as long as possible. The four driving dynamics modes ‘Comfort’, ‘Bentley’, ‘Sport’ and ‘Custom’ each give the Bentayga Speed its own attributes and bring the power to the asphalt. Not only the gas pedal and transmission are linked to this system, but also the air suspension and the Bentley Dynamic Ride chassis with active electrical roll stabilization based on a 48-volt system. Via the brakes on the rear axle, a Torque Vectoring System also enables even more direct handling in tight corners, as the rear wheel on the inside of the bend is braked more strongly. Carbon-ceramic brake discs are available at extra cost, offering a weight advantage of around 20 kilograms compared to the standard brake as well as greater durability. 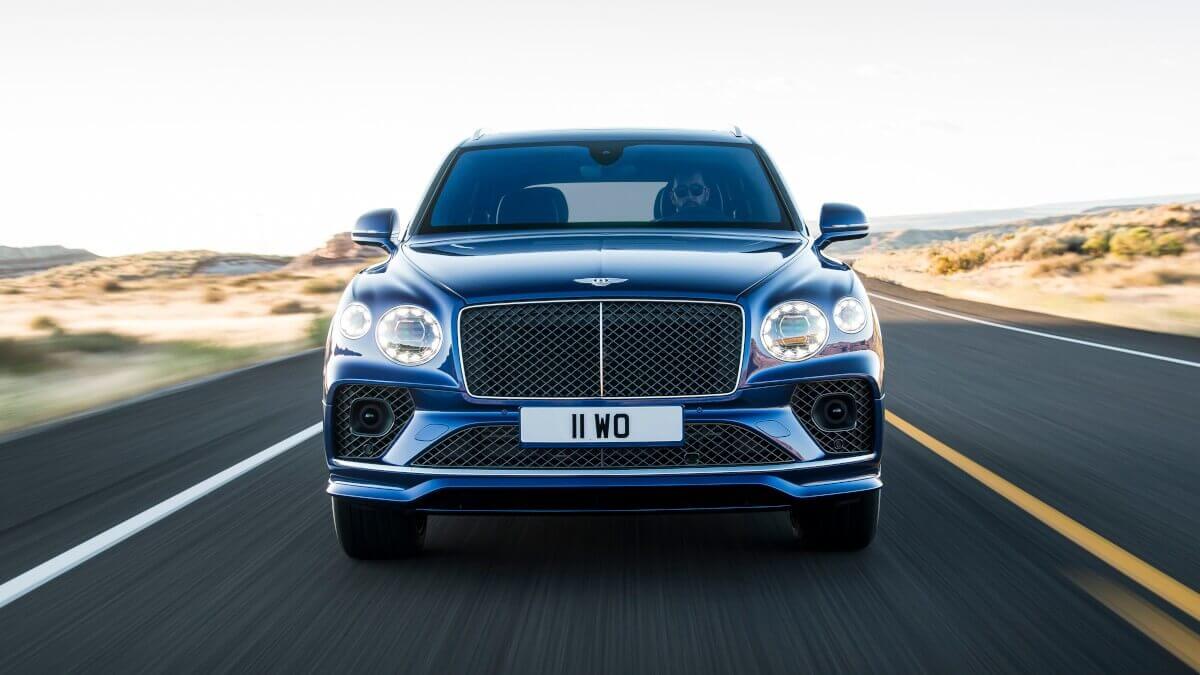 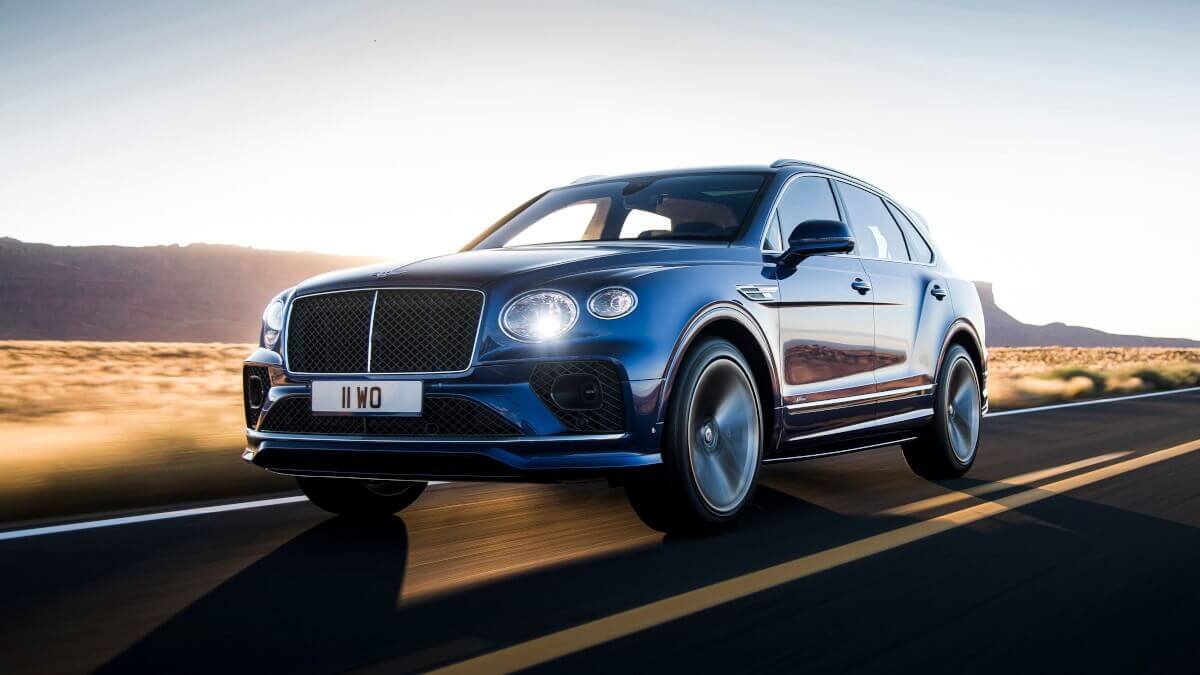 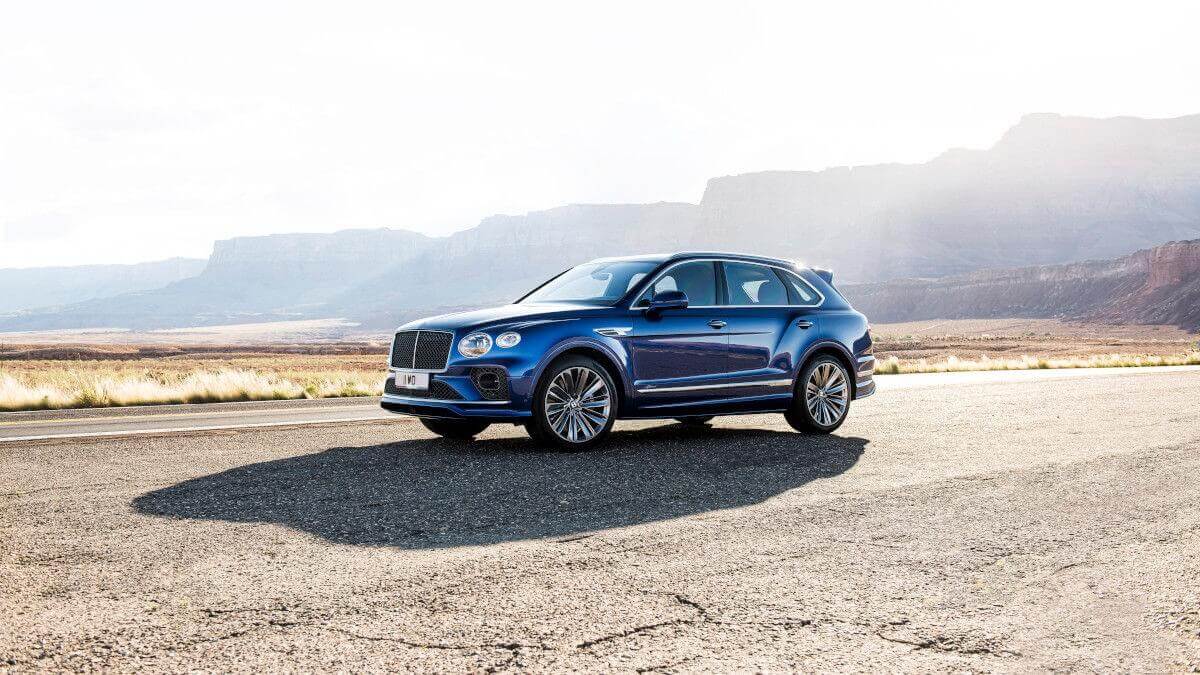 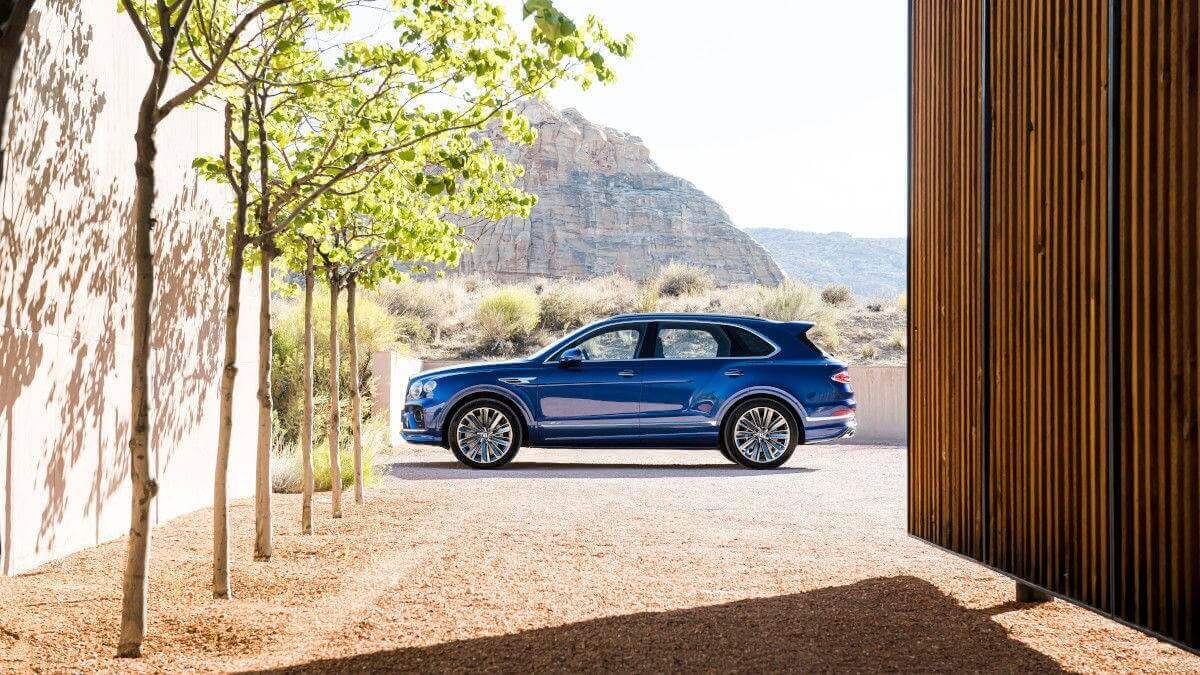 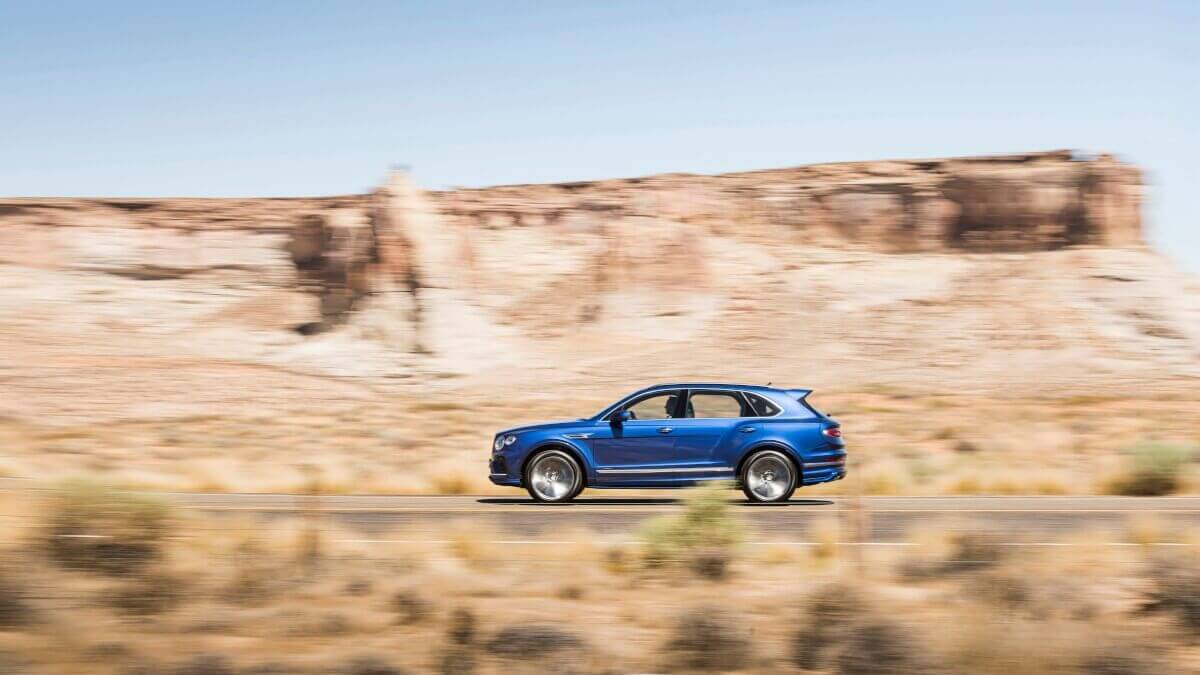 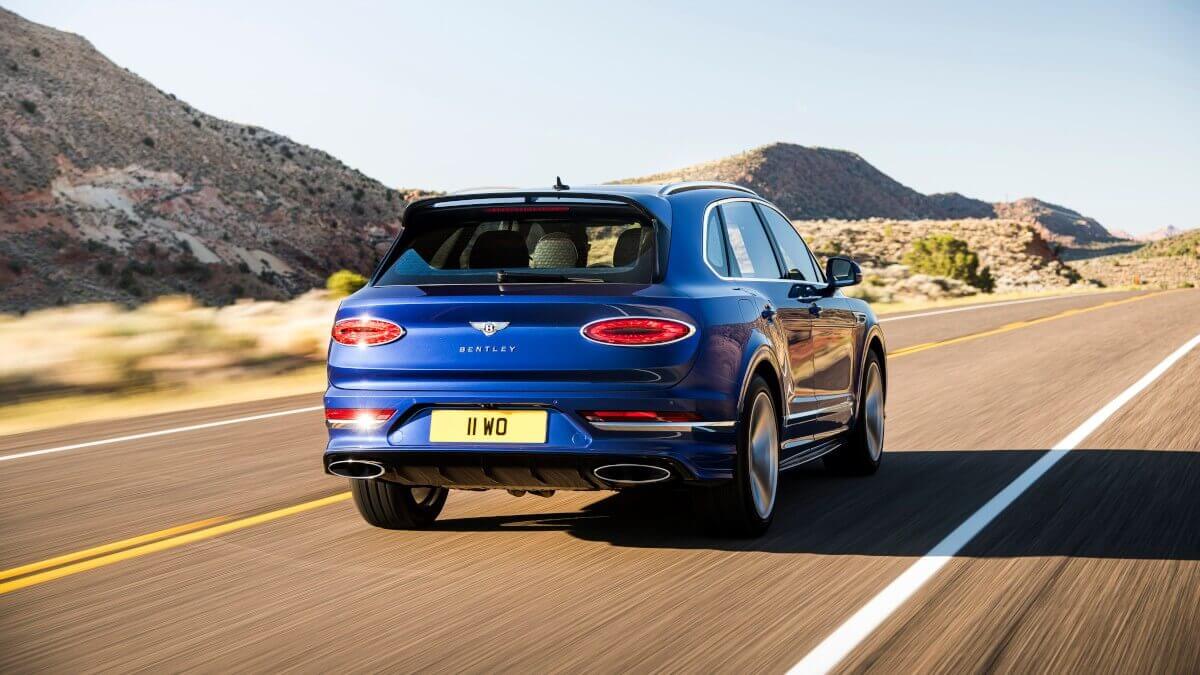 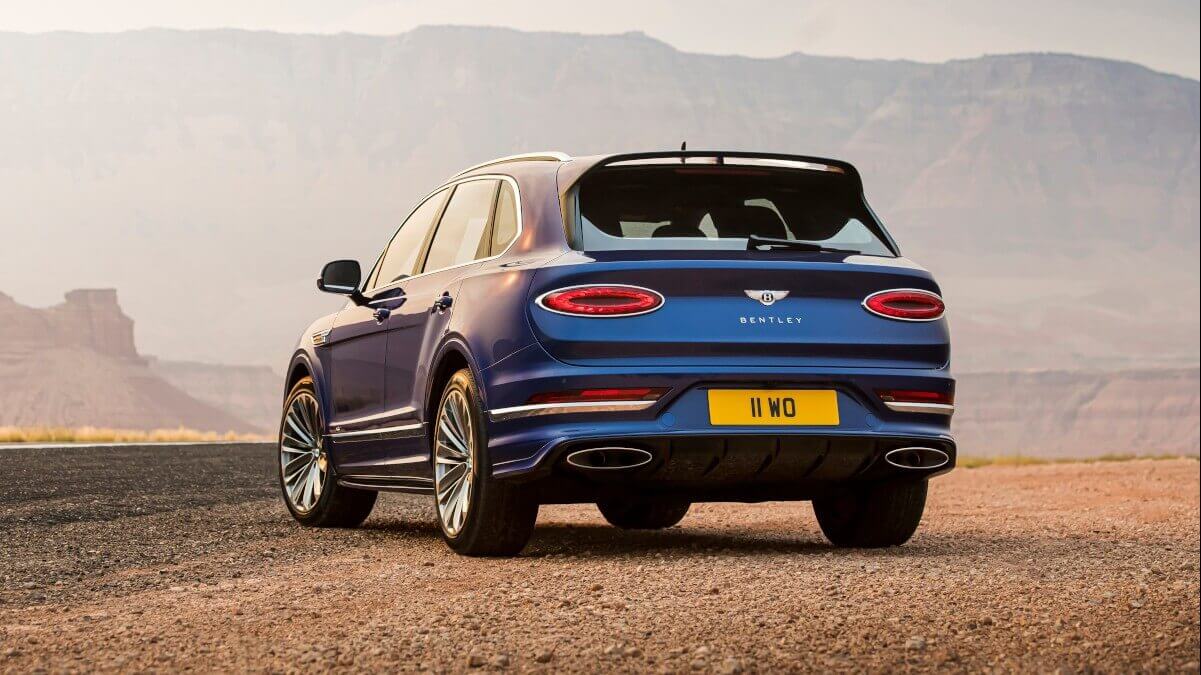 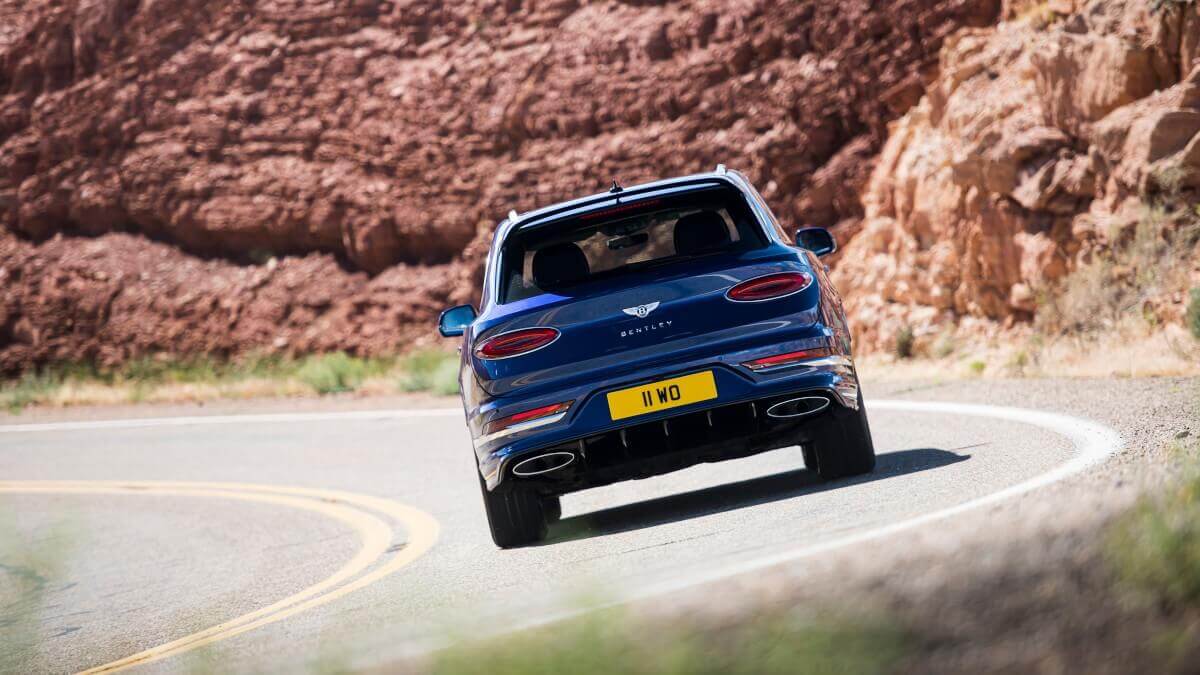 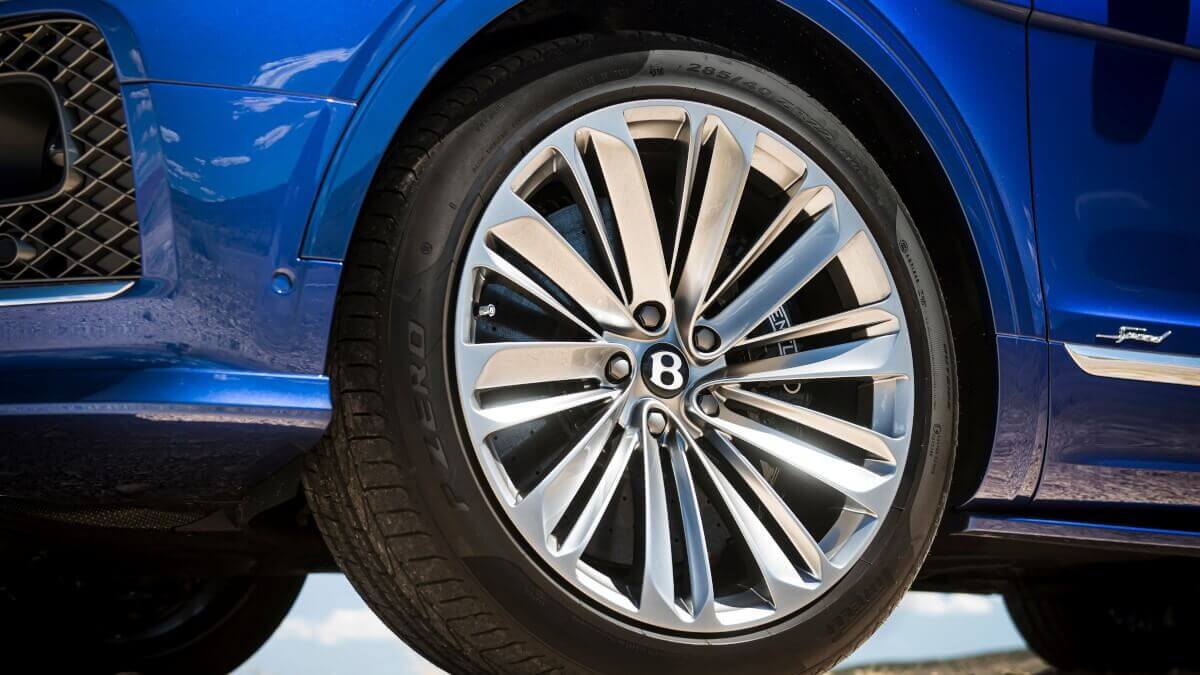 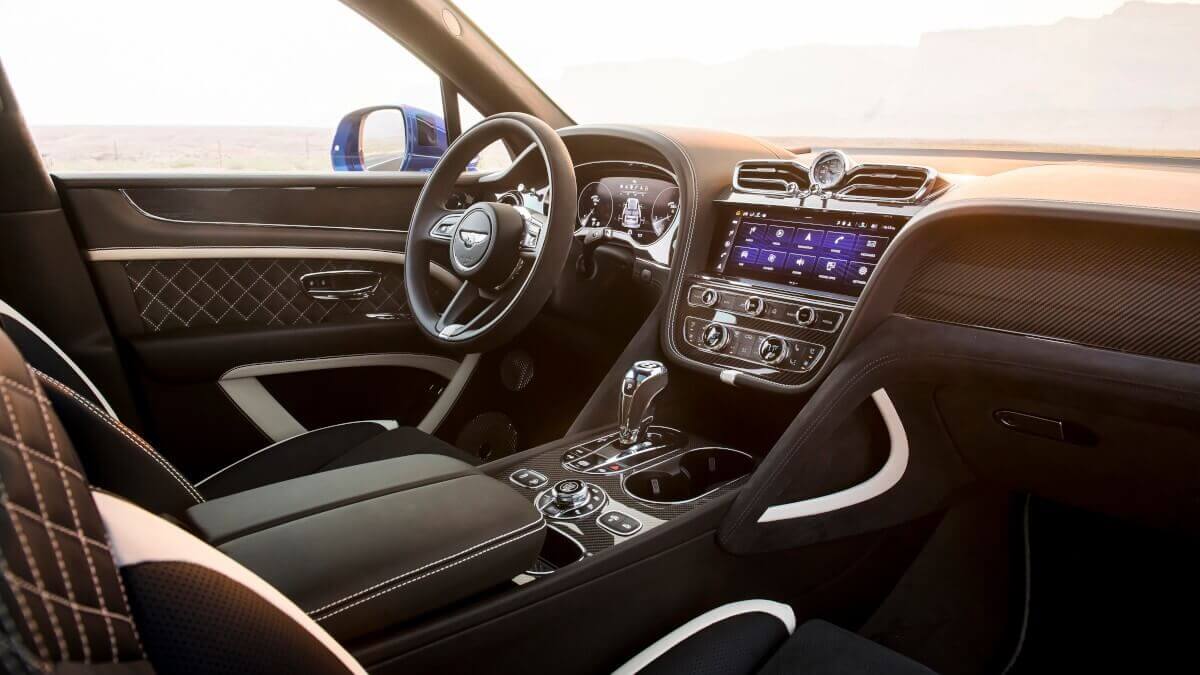 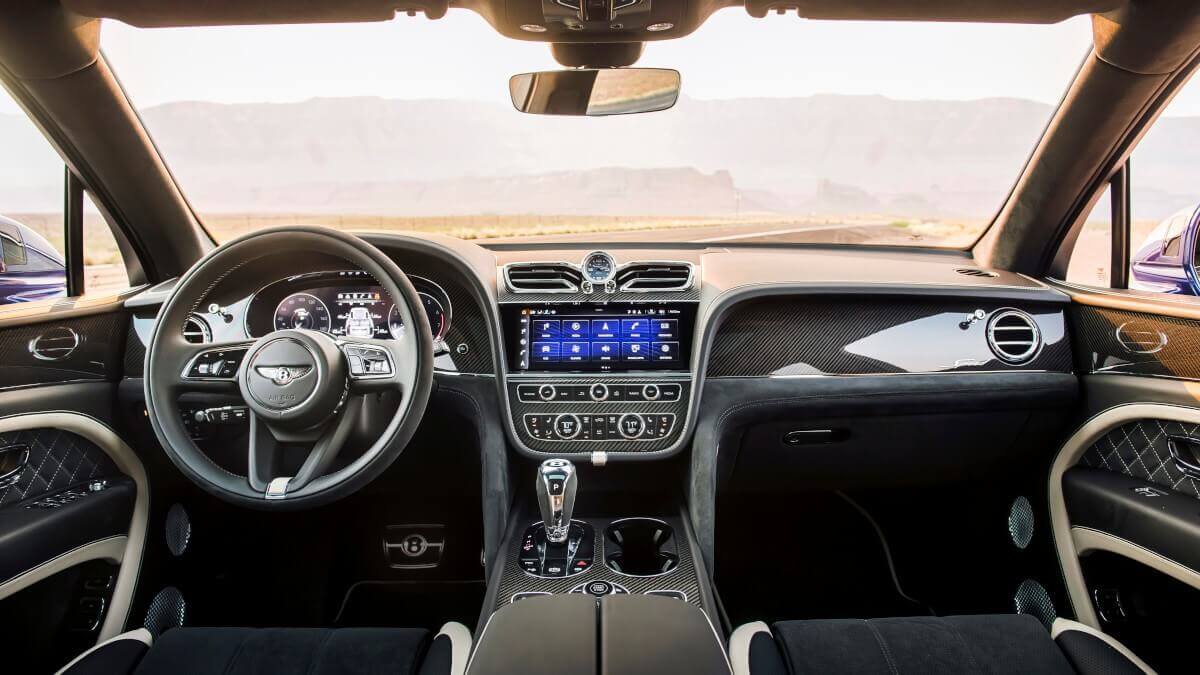 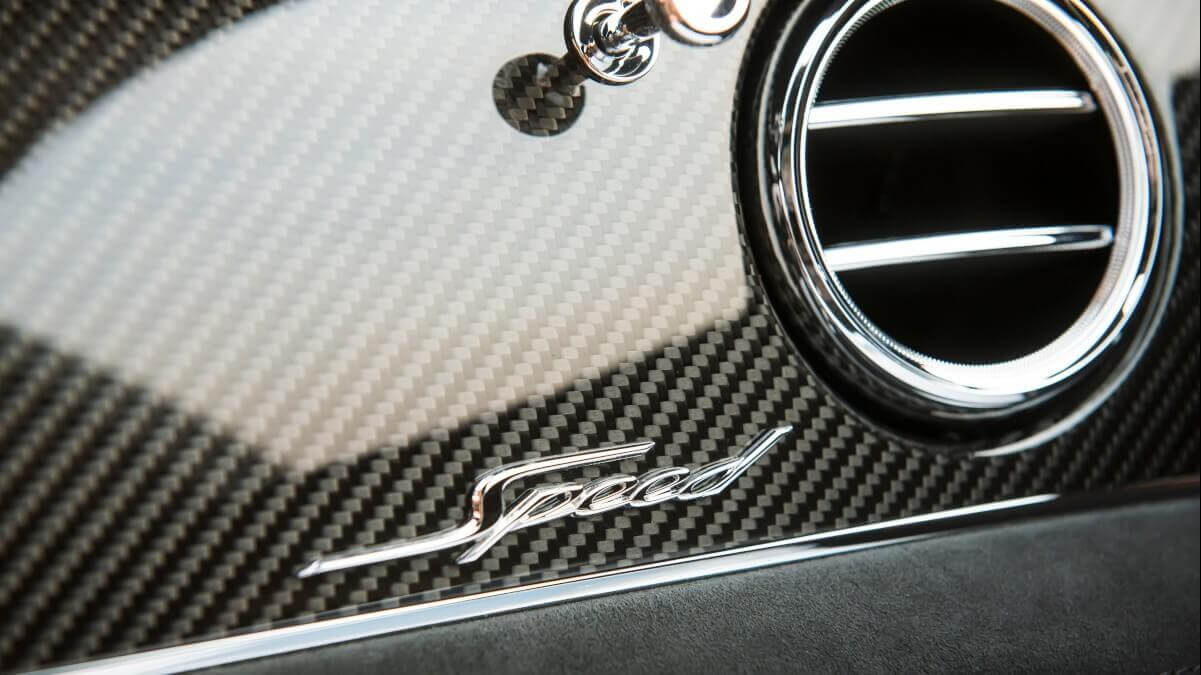 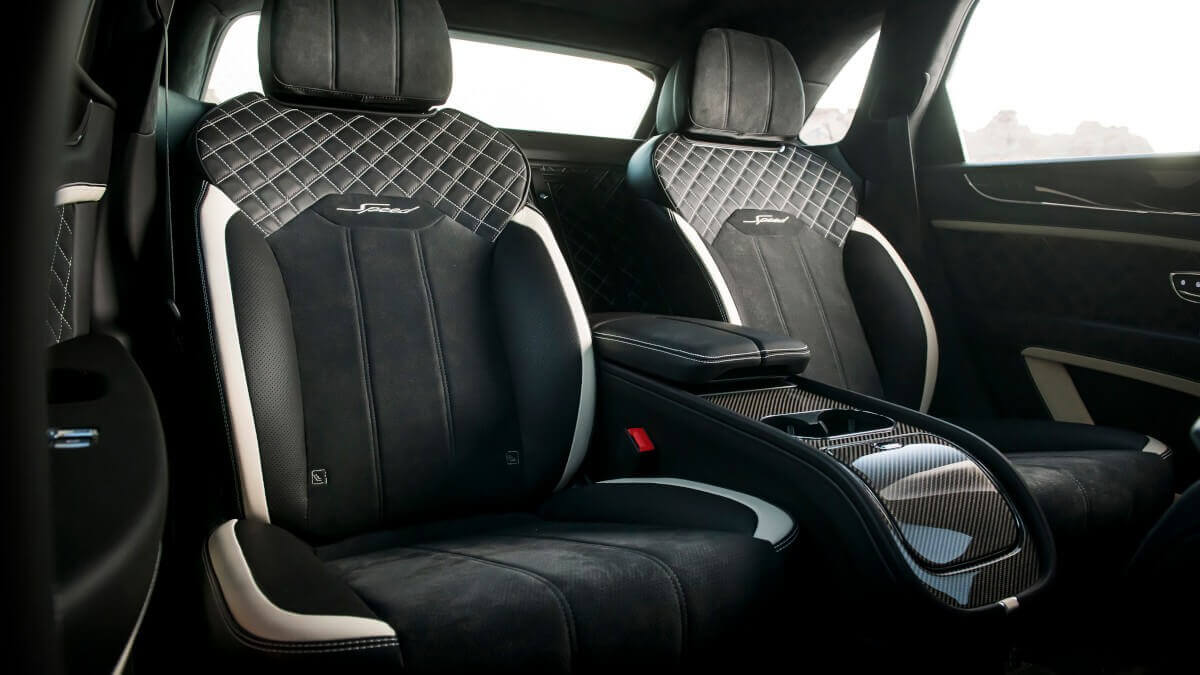 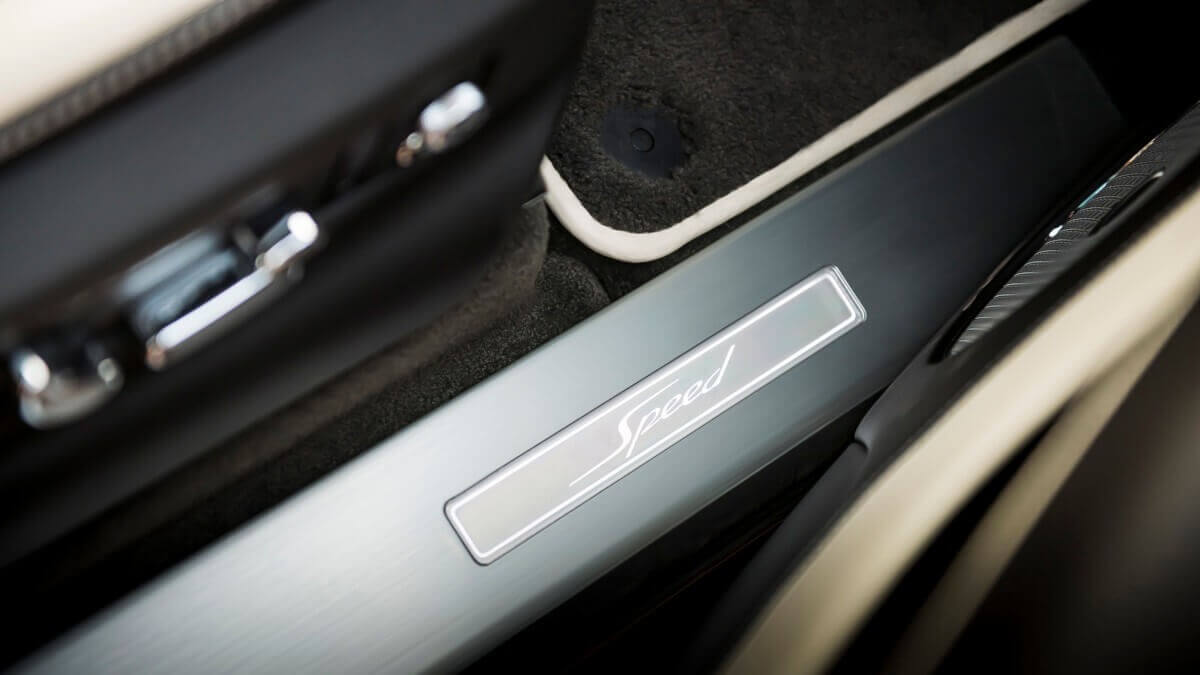 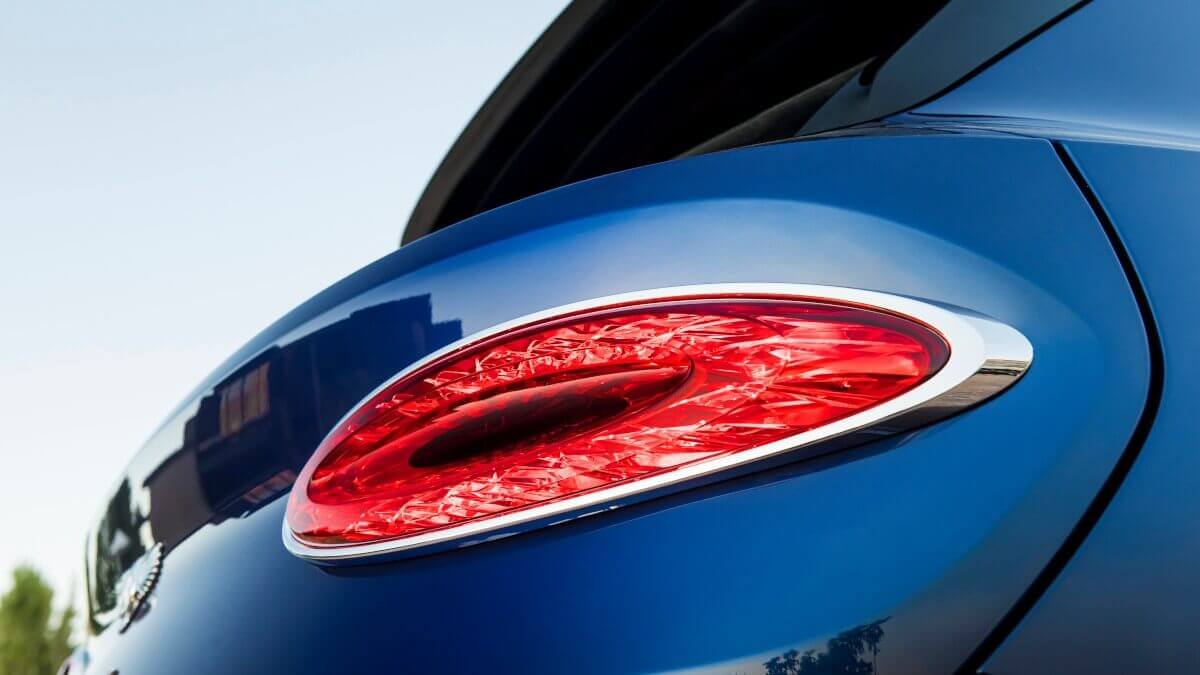 Even before the facelift, dark-tinted headlights and dark-colored grill inserts in front of the radiators were among the visual components of the Bentayga Speed. Matching the modified body, it now has independent front and rear skirts, sill trims in body color and an extended roof spoiler. 22-inch light-alloy wheels in an exclusive design round off the package and are available either painted or dark-tinted. The new, almond-shaped rear lights also receive a dark tint and pick up a little on the shape of the exhaust tailpipes, which characterize the W12 engine at Bentley. The bodywork is available in 17 standard colors, 47 additional colors in the expanded palette and 24 two-tone paintwork finishes, with customers still able to mix their own color of choice. There are also 15 leather colors, six leather color combinations, eight different woods for the veneer and two technical-looking surface structures. For a surcharge you can order the Black Specification, which replaces all chrome-plated or otherwise metallically shiny exterior components with black carbon fiber components. These include the front splitter and side skirts, while the rear diffuser, tailpipes and body trims including roof rails are painted a plain black.

The noble leather interior of the Bentley Bentayga Speed is visually contrasted by Speed lettering embroidered in the backrest (or Bentley logos at no extra charge) and, for the first time in the Bentayga, Alcantara elements on the seats, backrests, gear selector lever, steering wheel, parts of the footwell trim, roof pillars and headlining. The Leather Specification is available for customers who don’t wish to have these Alcantara parts. Included into the standard equipment of the car is the Mulliner Specification with diamond quilting on the seat center panels, which is supplemented by additional contrast stitching as a double of the quilting seam on the Bentayga Speed. The 10.9-inch, high-resolution touchscreen display of the new infotainment system is located in the center of the dashboard and has a surface with a reflection-reducing coating. The system’s main content can be selected via buttons below the screen or via the freely configurable home page. The navigation function has a context-specific free text search, which provides addresses as well as points of interest as results and then offers the destination guidance either from the top view or in the 3D display. In addition, the head-up display now also shows traffic information, street names and the distance to the selected destination in addition to navigation instructions and the current speed. The display can also be used to mirror connected smartphones via Apple CarPlay or Android Auto. There is also a digital display behind the steering wheel to show round instruments, warning lights and other vehicle information. In addition to the classic display with speed and rev counter, there is also the extended display, in which the right-hand round instrument is exchanged for the navigation or media display.