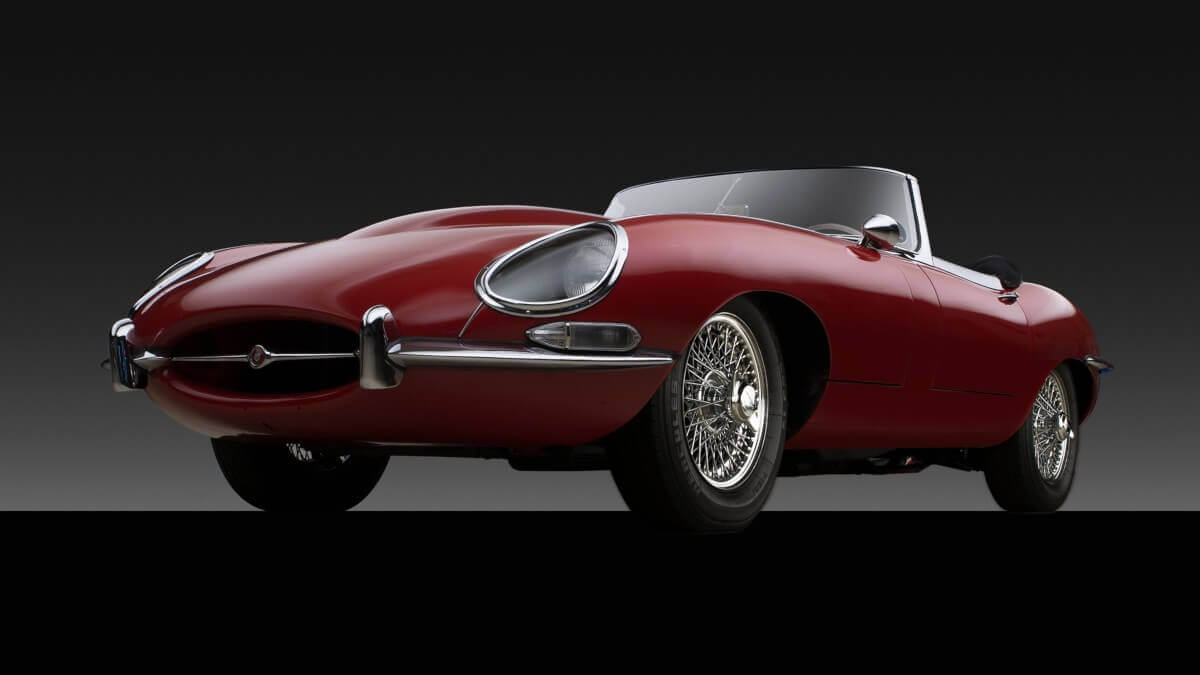 The second part of our Automotive Art section featured the Jaguar E-Type.

Some readers might remember our interview with photographer and light artisan Bill Pack last year. Now we feature him once a month in an Automotive Art section. He wants to put a special spotlight onto the design of certain classic cars and explain his opinion by showing special pictures he did with those vehicles. This time we have a look at the breathtaking Jaguar E-Type (or XKE in the US).

Malcolm Sayer was born 21 May 1916 in Cromer, Norfolk, in the middle of World War 1. He was trained in automotive engineering and became an aircraft engineer during World War 2 and later an automotive aerodynamicist. In 1948 Malcom recognize the mathematical relationship to curve shapes and identity.

Malcom joined Jaguar in 1951 and went on to design the iconic trio, the C-Type, D-Type and E-Type. Each a work of art. When the E-Type was revealed to the world at Geneva Motor Show in March of 1961, Enzo Ferrari himself, declared the E-Type “The most beautiful car ever built.” At the same time several articles “suggested the beauty of his designs was purely coincidental; in following aerodynamic rules and flows, the shapes were merely a happy accident – or so they say.” Sam Sayer (Malcolms grandson).
“Malcolm Sayer shaped the E-Type with absolutely pure geometric lines. He wasn’t driven by aesthetics for the sake of it”. Jaguar Design Director, Ian Callum. I have to disagree with him. I would argue that Malcolm’s design was from the aesthetic point of view. Mathematics just happened to be his tool and language, which best expressed his vision. Mathematics was his paint brush that allowed him to express himself. In the same way coders today see the images in what they have written.

Mathematics was his visual pallet. To support this, look at the modern supercars and hypercars, designed by mathematics and code on the computer. Yes, the modern car is as aerodynamic as a car can be, but it lacks soul.

Only an artist, when he places form and function in the proper order, can create, soul. It is his passion and love of the line, that gives the E-Type, its soul. Why? Because it is human emotion, not calculations that produces a soul, that can be reflected in a machine. The reflection we see in the E-Type, is Malcolm Sayer. The images I have created, are images to reflect, and highlight the design and art of Malcolm Sayer. Enjoy. 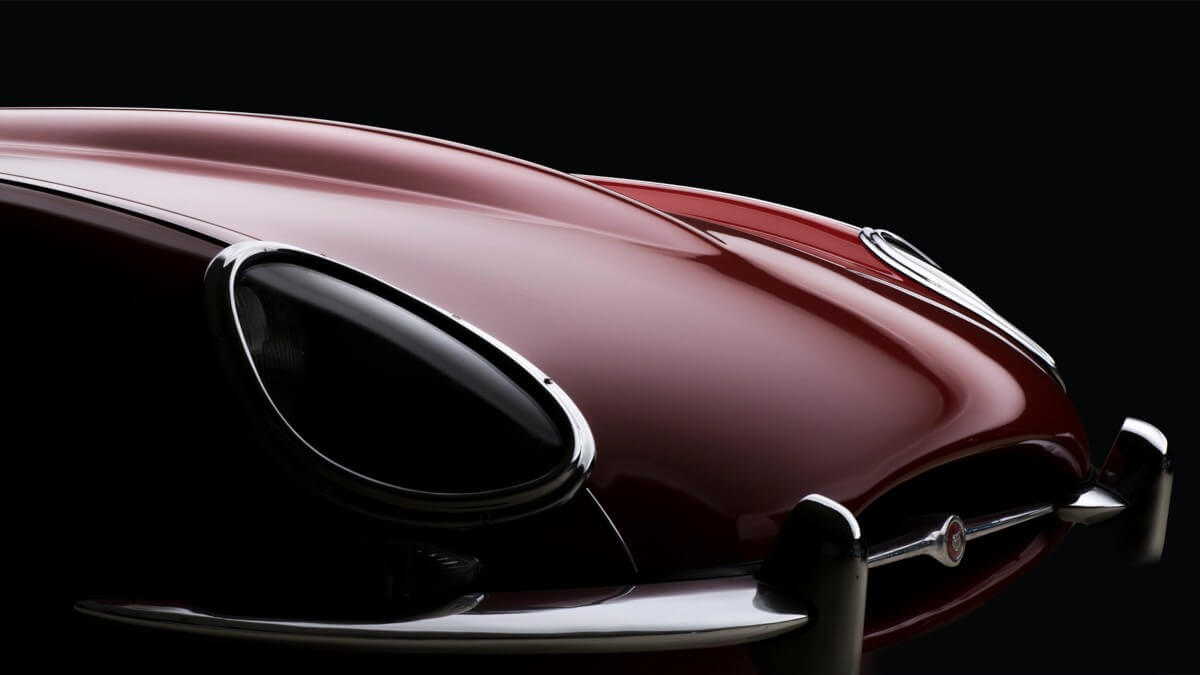 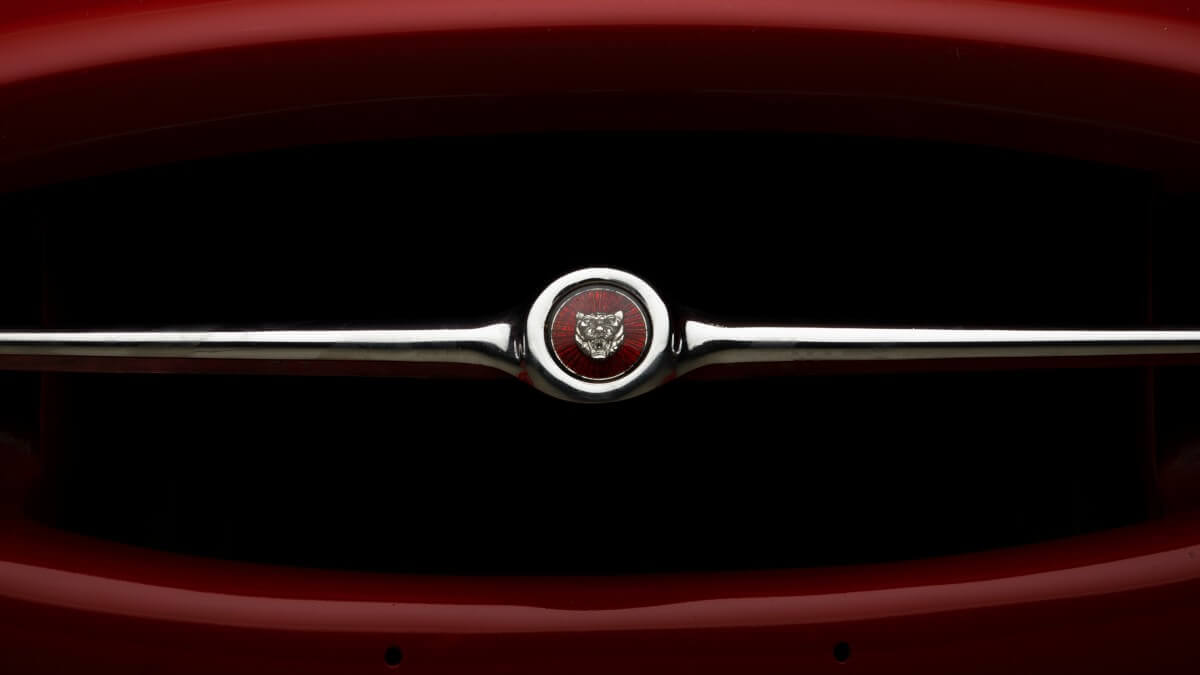 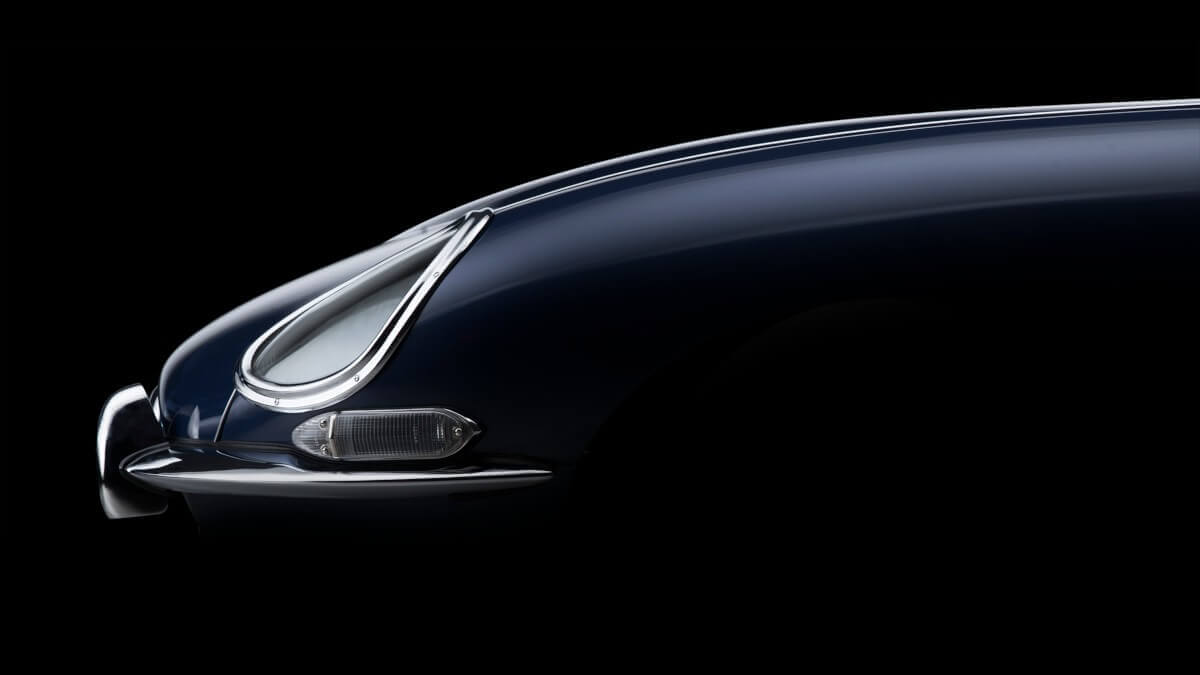 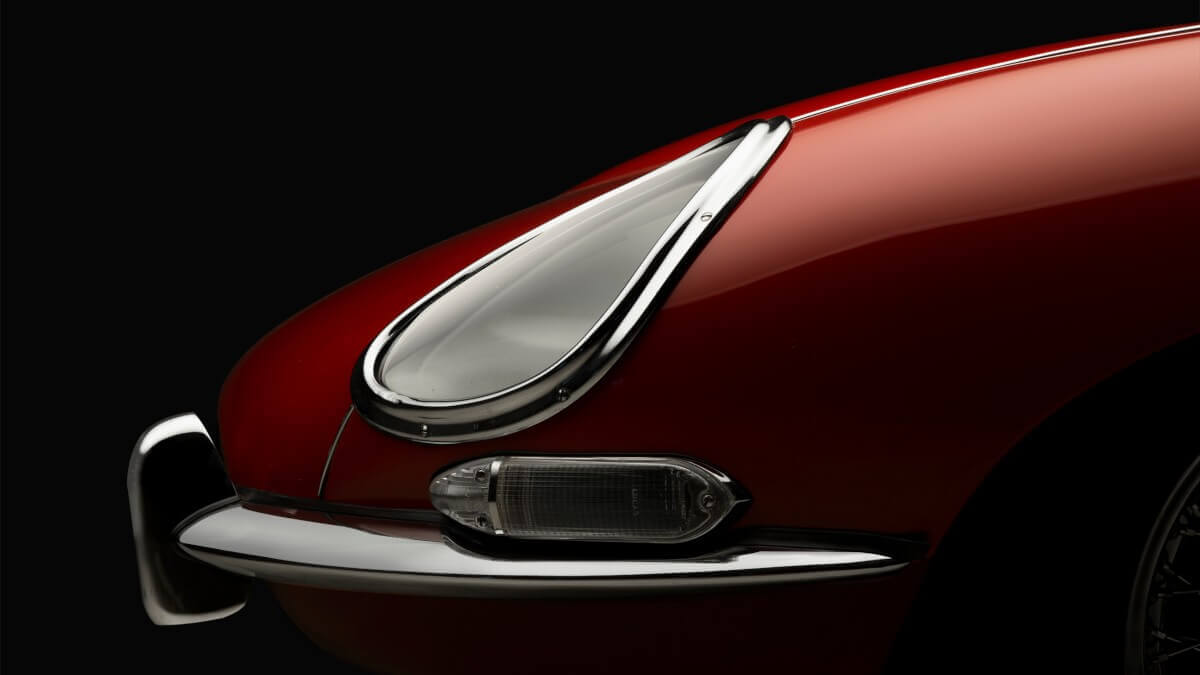 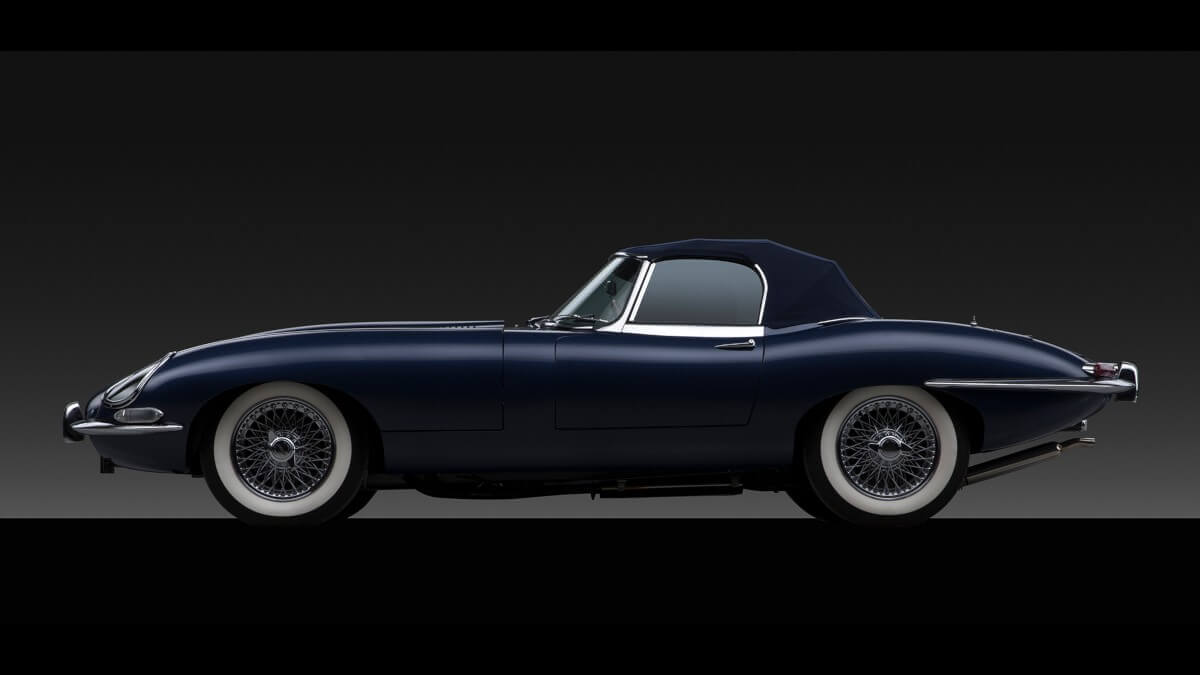 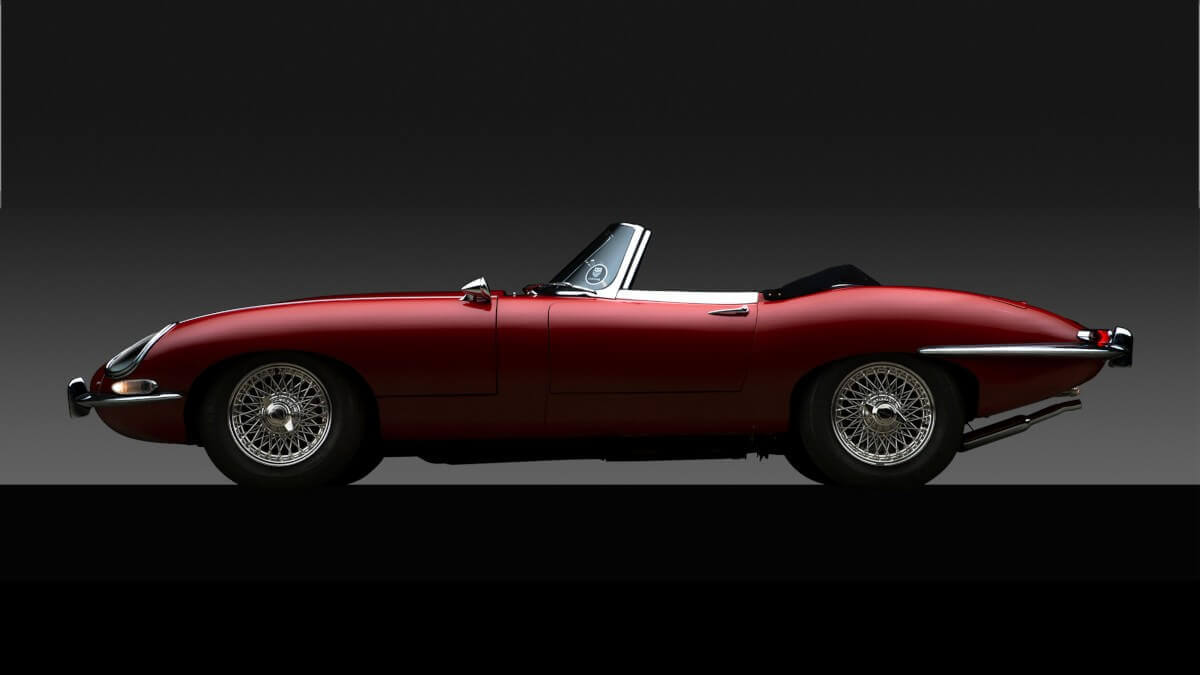 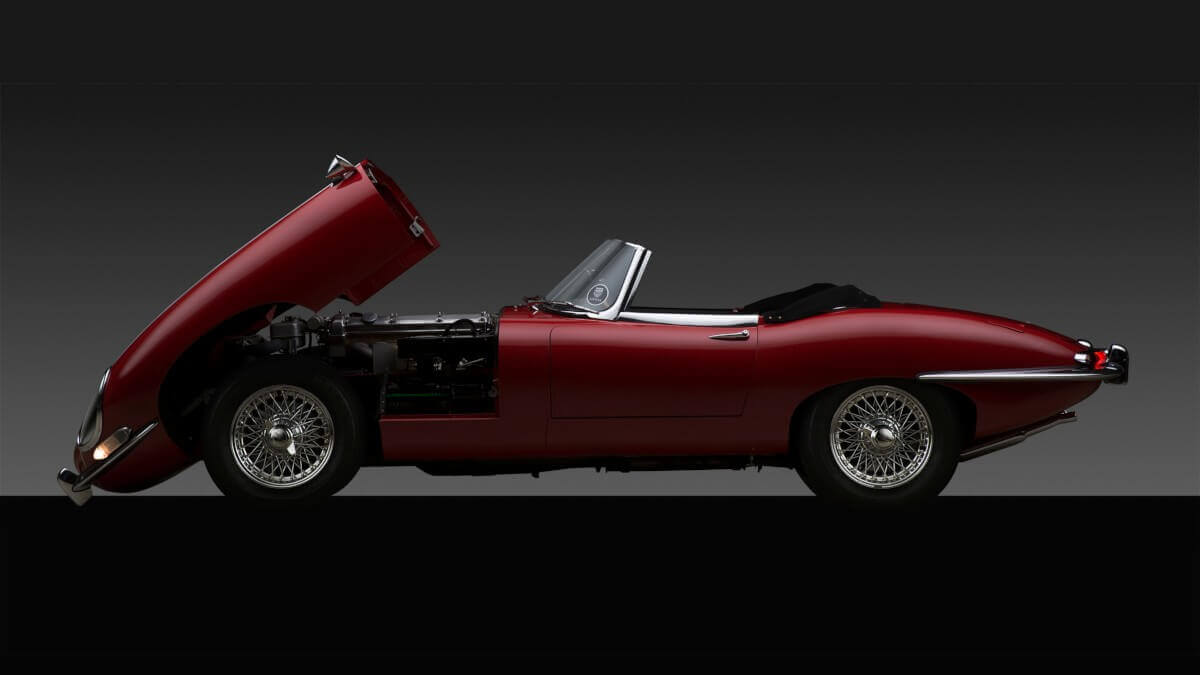 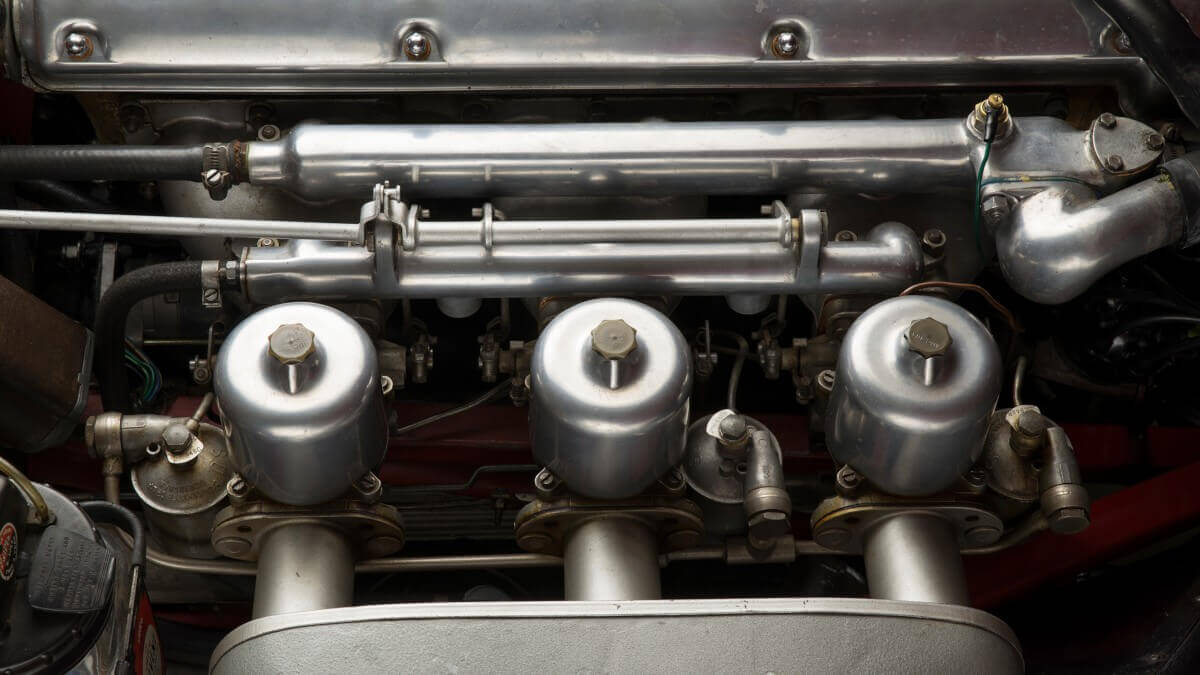 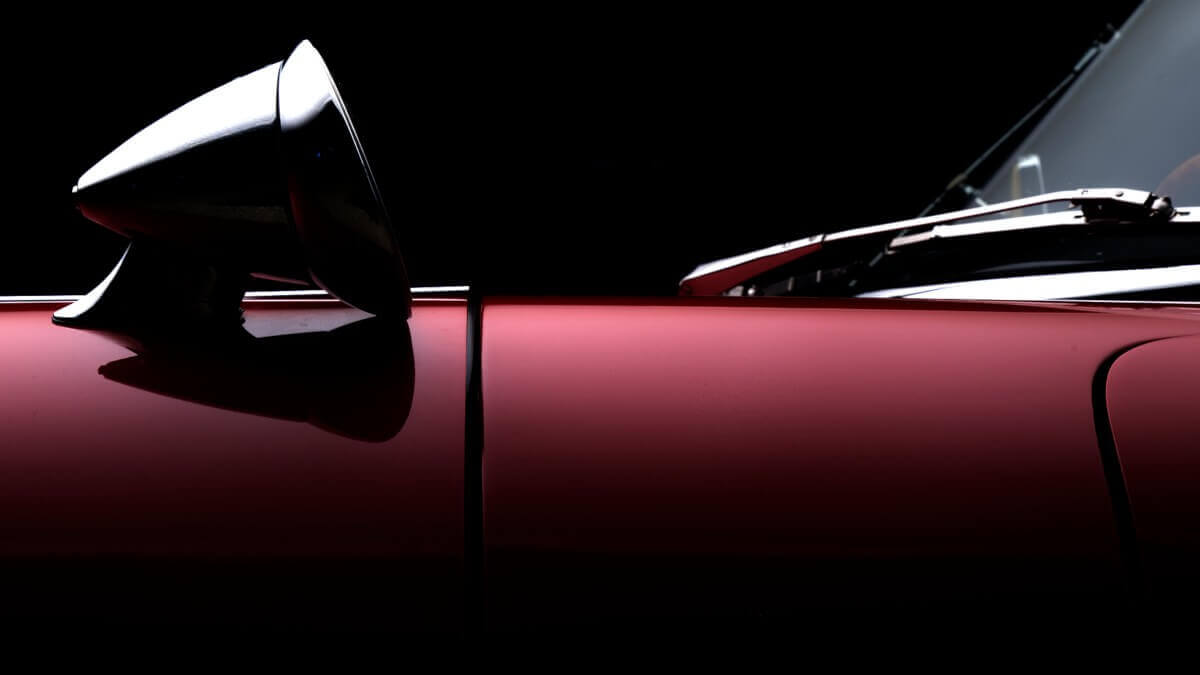 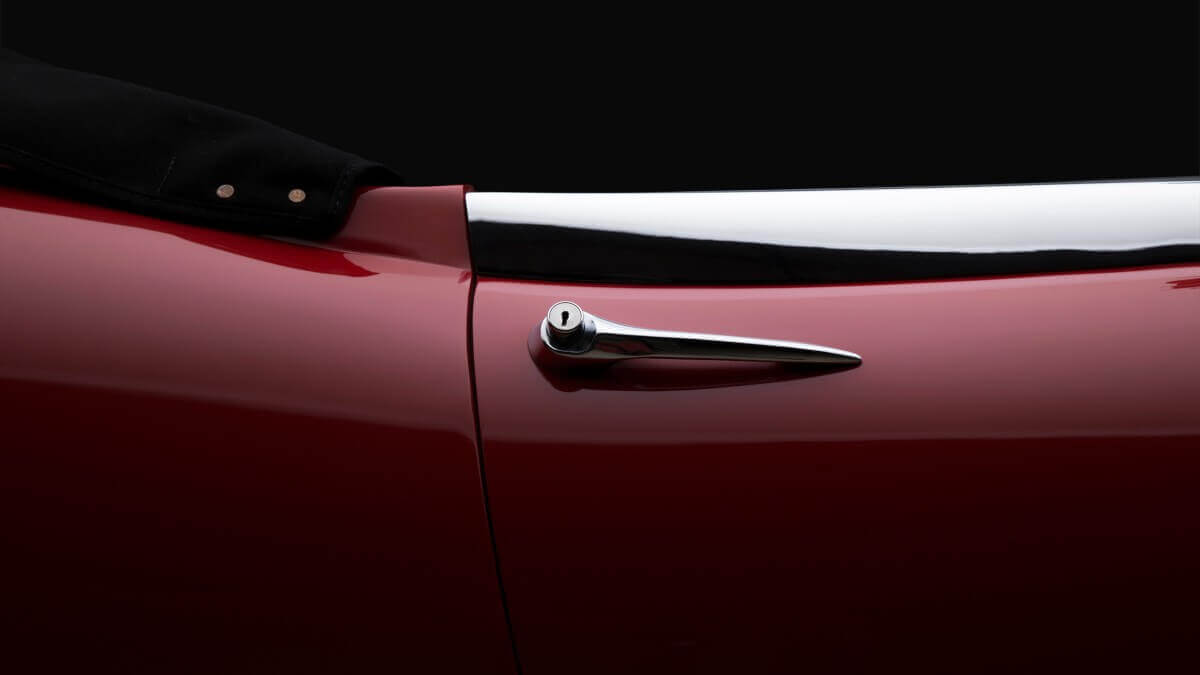 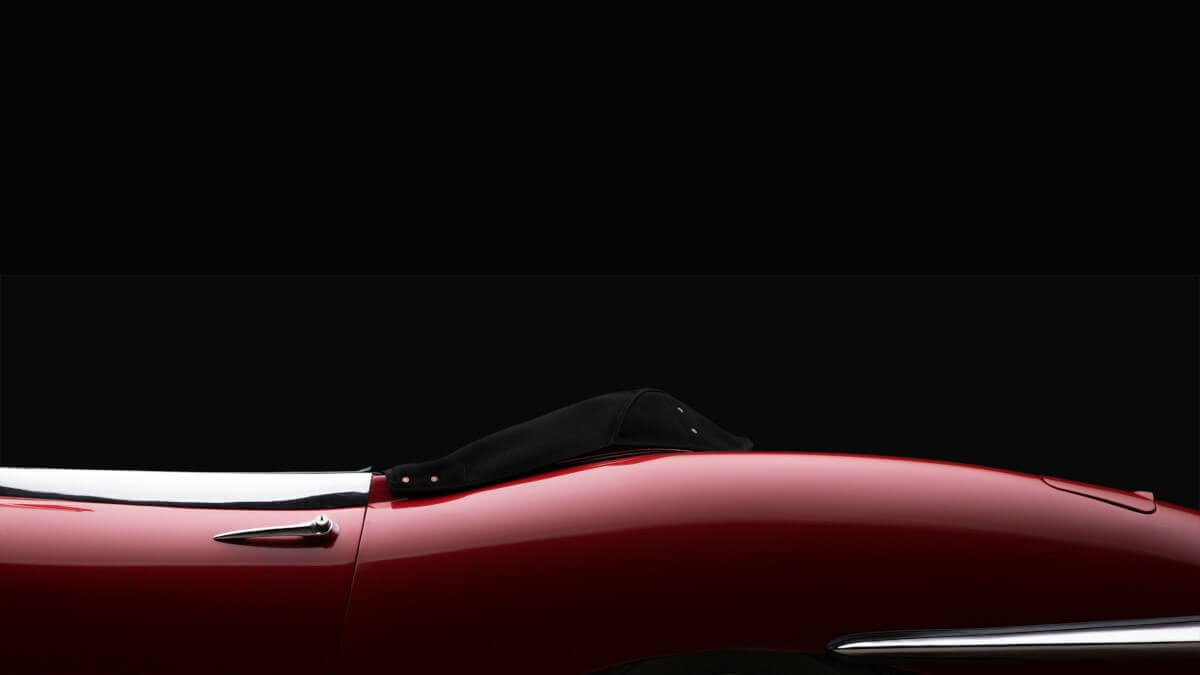 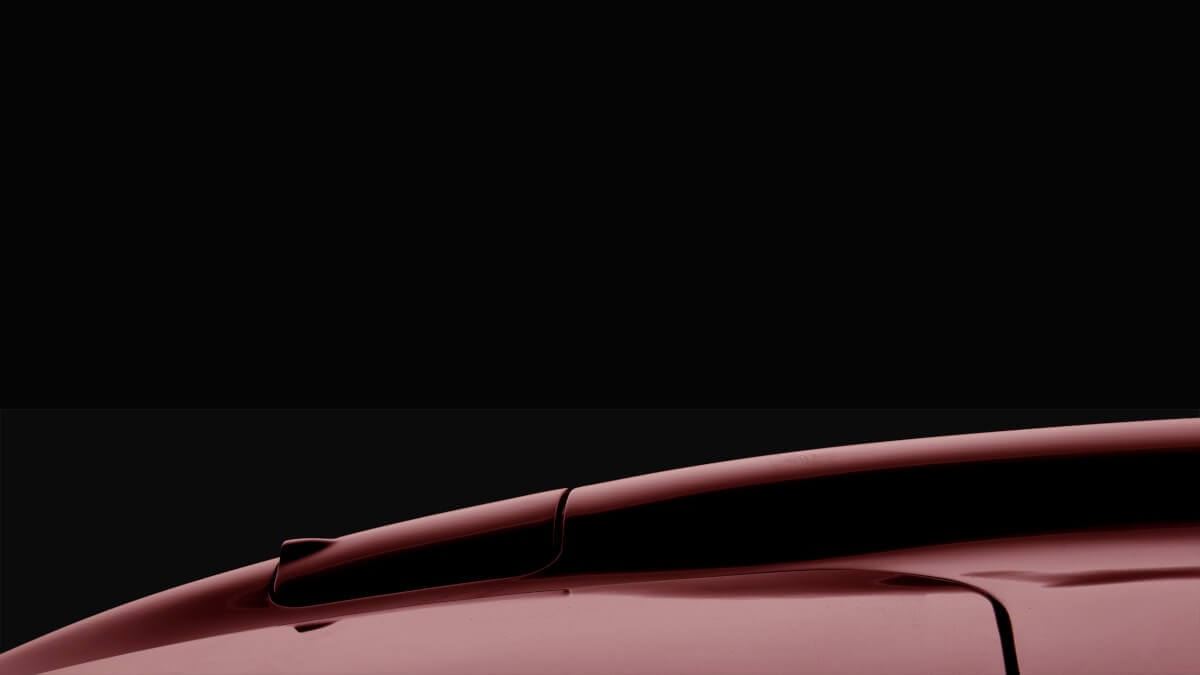 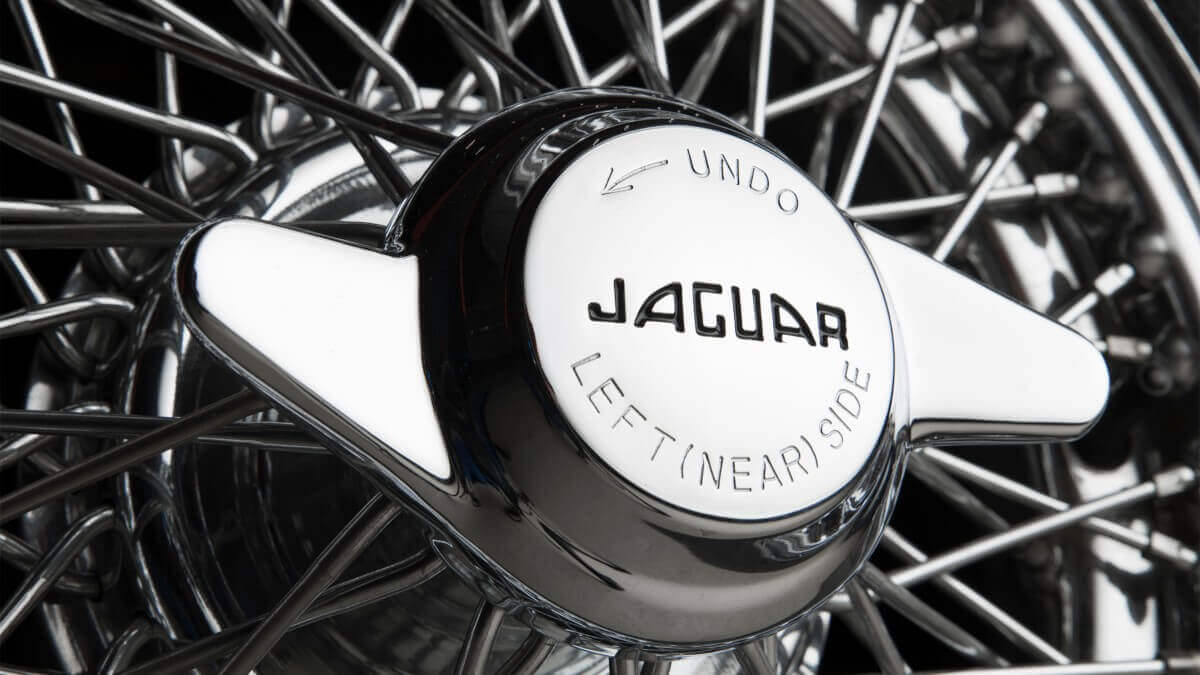 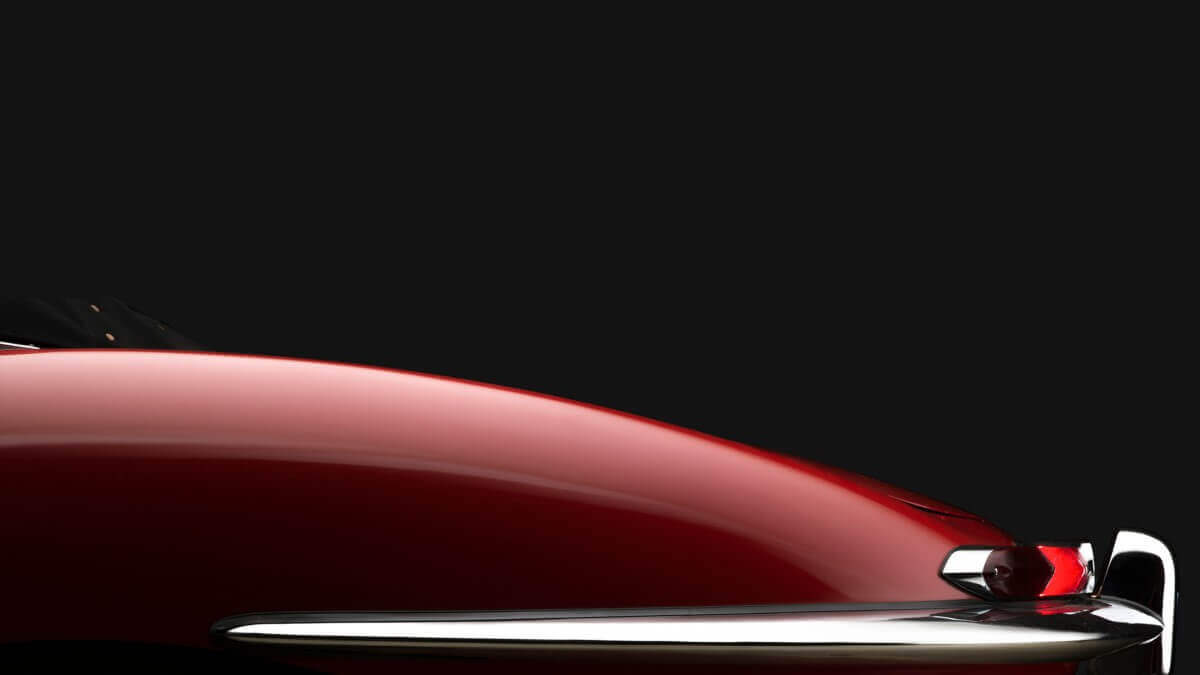 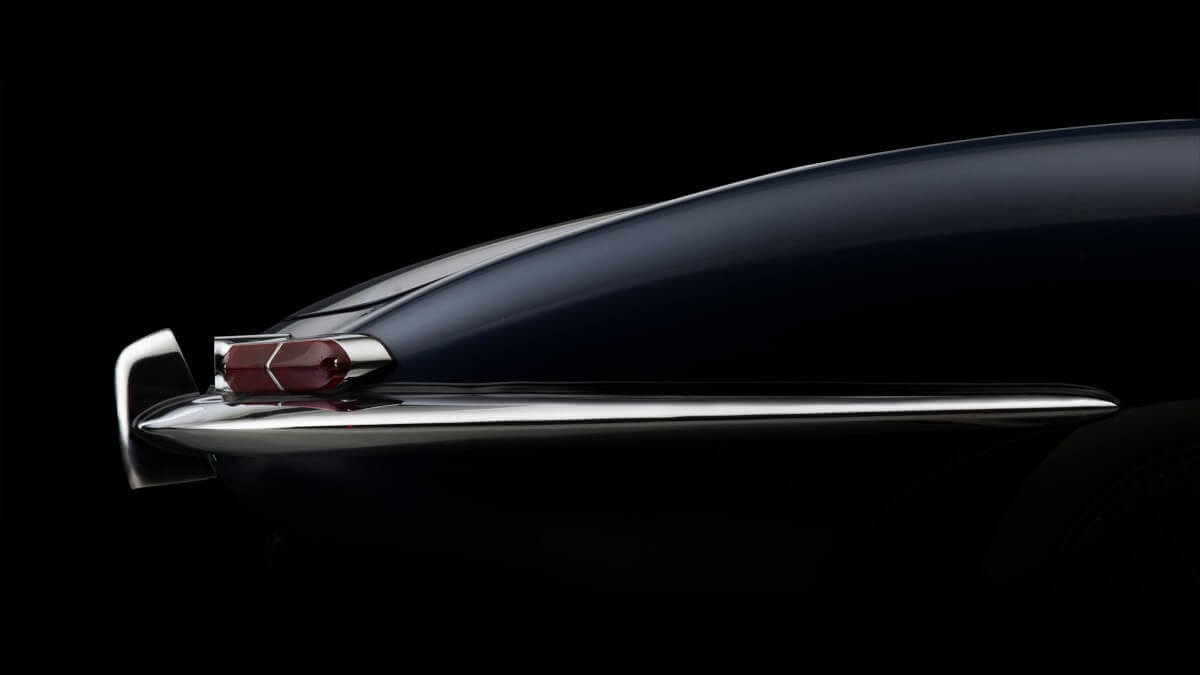 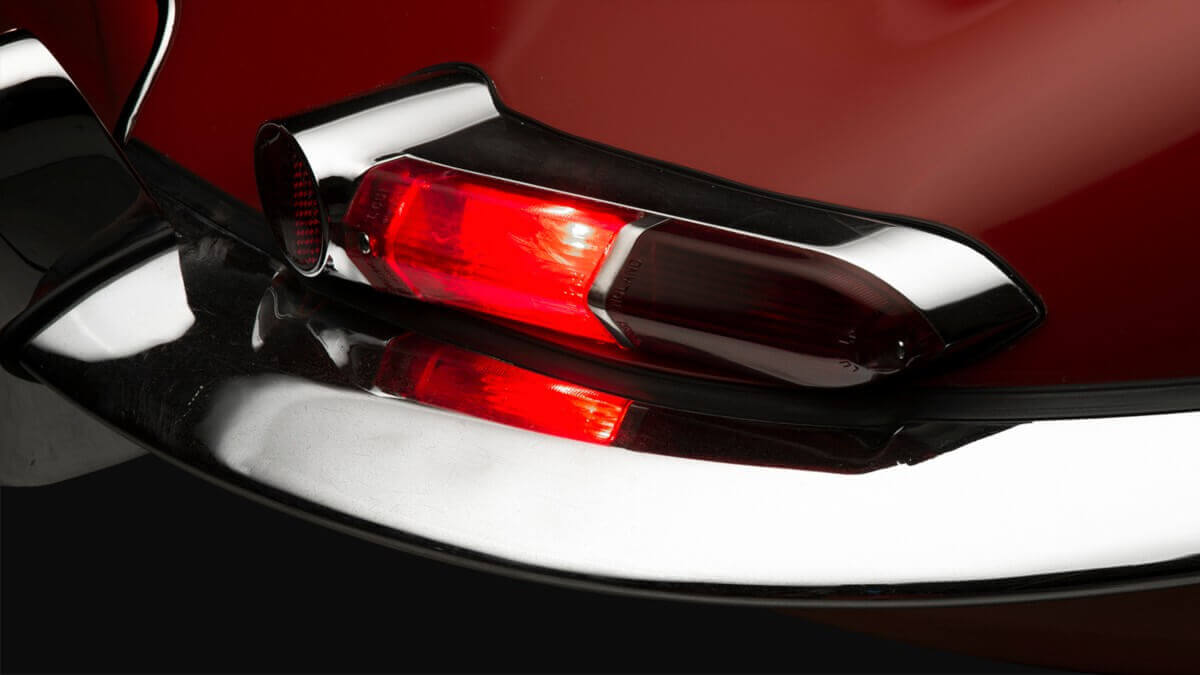 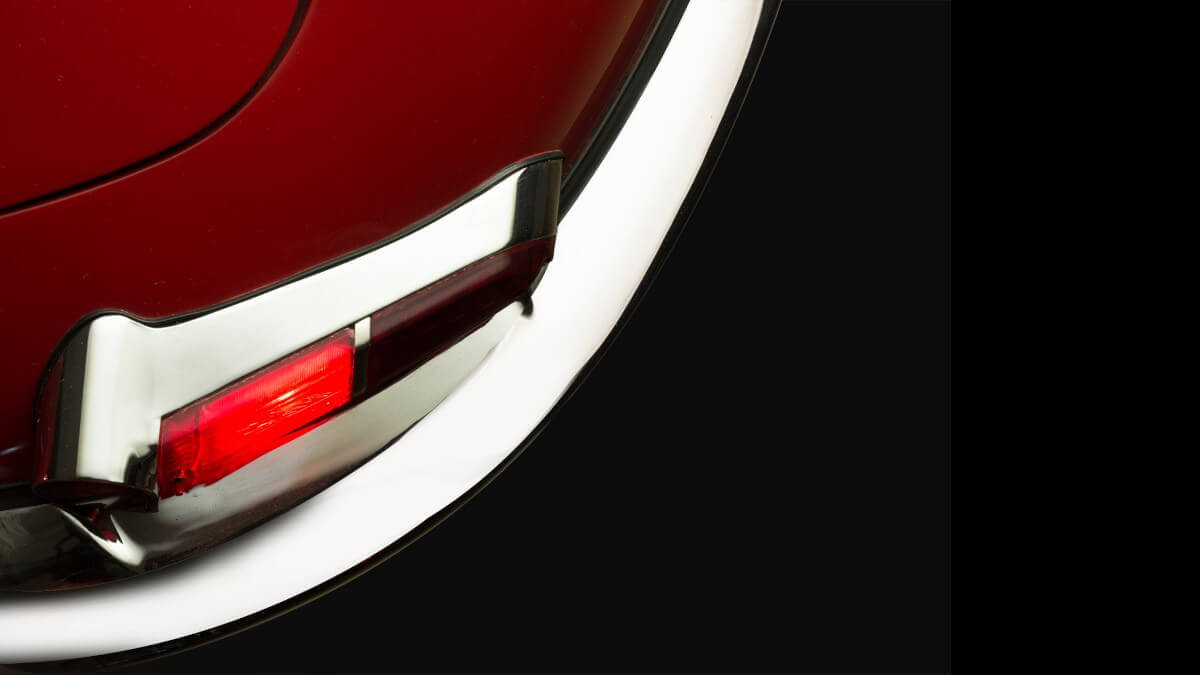 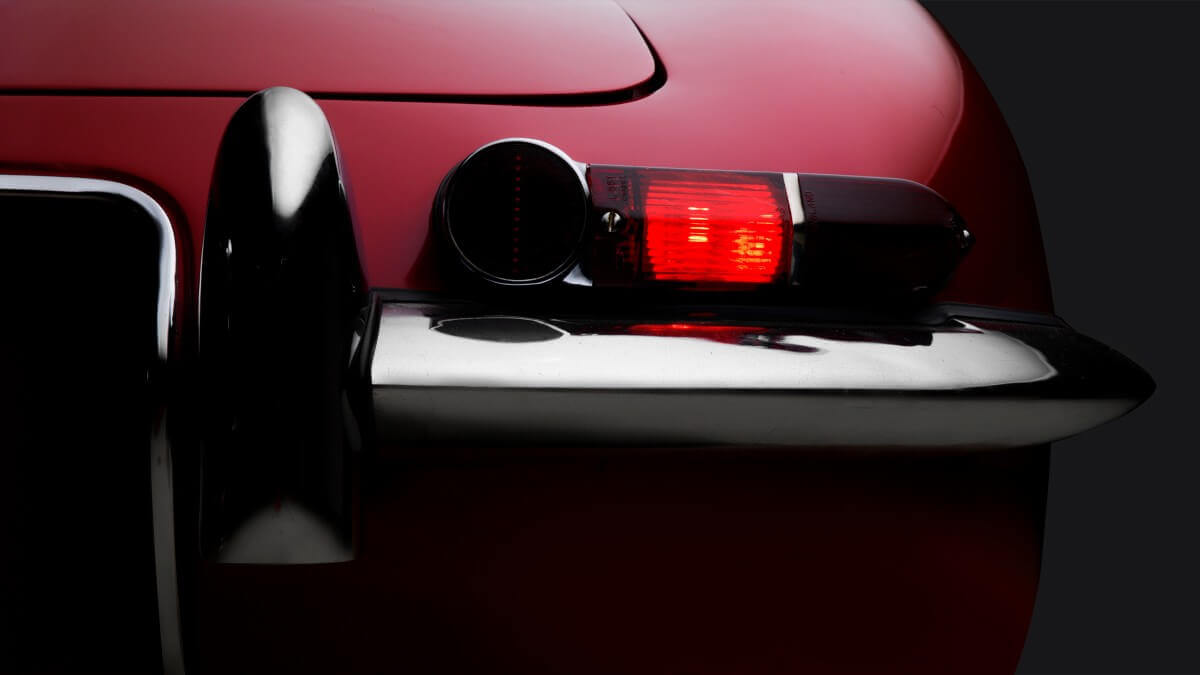 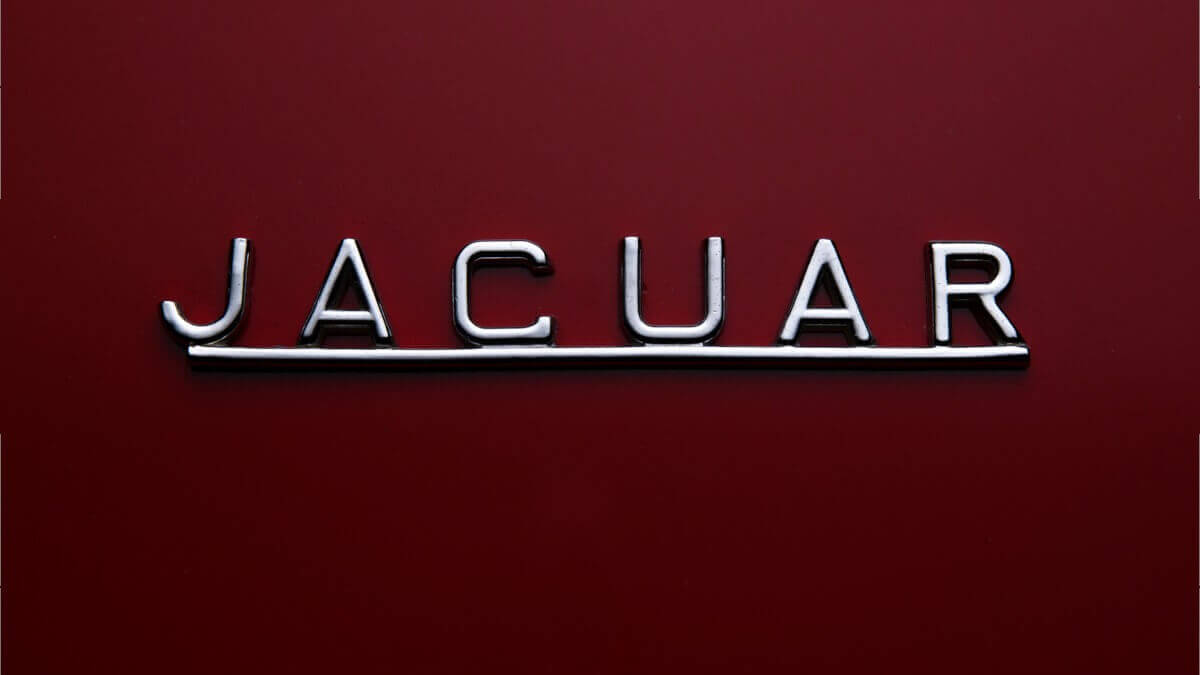 On March 15, 1961 Jaguar unveiled a consistent evolution of the previously successful racing sports cars C-Type and D-Type at the Geneva Motorshow with the E-Type. First developments began in the mid-50s, with a first prototype photographed in 1958 by motorsport journalist. The E-Type was aimed to focus on sports drivers among private customers and actually shouldn’t be used in racing. After the single vehicle, which was shown in Geneva, already became the star of the show and a crowd pleaser on the day of its premiere, a second car was ordered overnight from the UK to travel to Switzerland. Early production cars until 1964 received the 3.8-liter inline six-cylinder engine from the XK150 with about 270 hp. Subsequently, the capacity was increased to 4.2 liters, the performance remained the same, but the maximum torque increased from 353 to 384 newtonmeters. In addition to the two body versions offered from the beginning, the Roadster and the Coupé, the Brits also added a 2+2 version with a longer wheelbase and two emergency seats in the rear, which was alternatively also available with a three-speed automatic transmission.

Changing safety regulations for the US market led to an extensive facelift in 1968, which was baptized as ‘Series 2’. At the front, the clear glass covers over the further forwardly displaced headlights were omitted, the radiator grille enlarged and larger auxiliary lights and indicators installed beyond the bumper corners. Also in the rear, the bigger taillights were now mounted beyond the chromed bumper. As of 1971, they built the E-Type Series 3 with a newly developed V12 engine with 5.3 liters of displacement. A total of 72,536 copies of the E-Type were built, of which 15,508 came with the original 3.8-liter engine and 15,293 with the big V12. Early vehicles with a clean history now cost more than 300,000 € (340,700 US$).