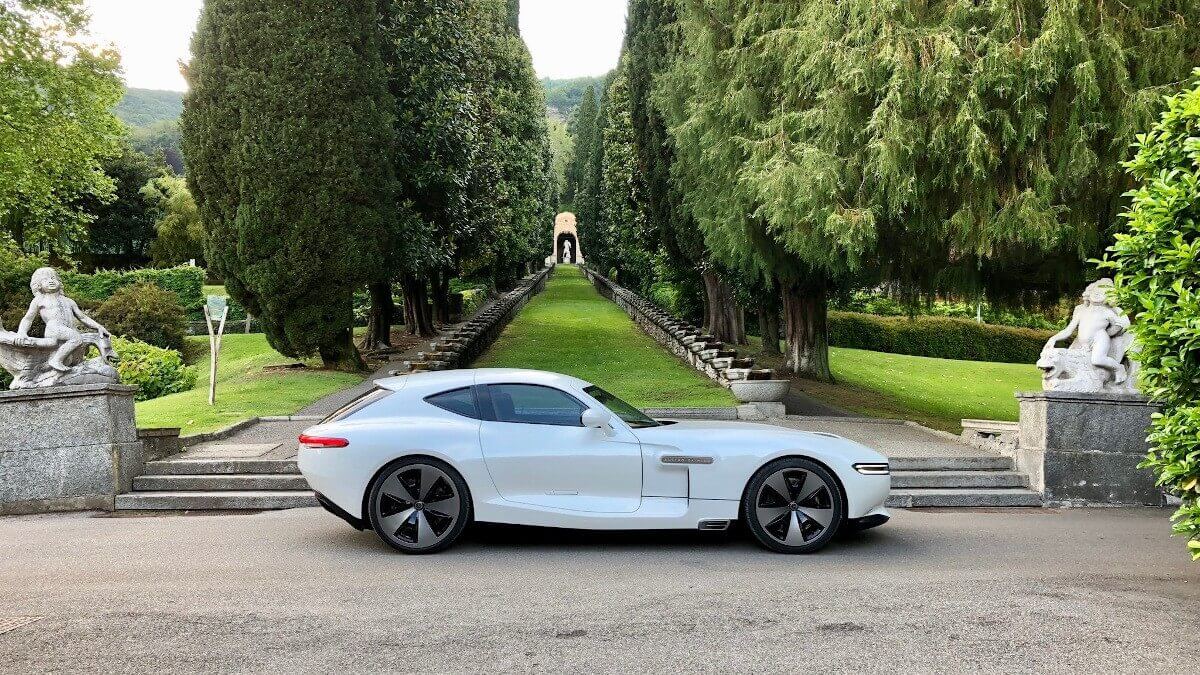 The name Austro Daimler is probably only known by few motorists. What may sound a bit like an Austrian import company for vehicles of Daimler-Benz was once an independent manufacturer of sporty luxury automobiles and also very successful in motorsports. Their eventful brand history began in 1899 with the founding of the ‘Oesterreichische Daimler-Motoren-Commanditgesellschaft Bierenz Fischer u. Co’ in Wiener Neustadt/Austria as a subsidiary of the Daimler Motoren-Gesellschaft in Cannstatt/Germany. One year later, the first automobile was produced. In addition, trucks, buses, motorboats, ship engines and rail vehicles were also produced. In the course of several name changes before the beginning of World War 1, the company finally adopted its telegram address ‘Austro-Daimler’ as brand name for its products. After an interruption of the production caused by the war, Austro-Daimler began manufacturing cars again in 1920. At that time, a certain Ferdinand Porsche worked in the development department, who was also responsible for the brand’s first racing car, the ADS-R, which won a total of 43 races. In the late 1920s Austro Daimler was very successful in hillclimb races, mostly with Hans Stuck senior at the wheel. The Austro Daimler ADR Sport which he used was further developed into the ADR Bergmeister. Due to the influences of the world economic crisis at the beginning of the 1930s, the condition of Austro Daimler went rapidly downhill. In 1931 their last cars were built and in 1935 the company was deleted from the commercial register. It wasn’t until 84 years later that the company was revived with a new automobile to bear the traditional name.

The new ‘Austro Daimler Bergmeister ADR 630 Shooting Grand’ – that’s the full, somewhat bulky name of the vehicle – was shown for the first time at the Concours d’Elegance at the Villa d’Este this year. Its next appearance will take place shortly at the Salon Privé in England. Behind the project to revive the brand is Austrian engineer Roland Stagl. Since 2002 he has been pursuing his vision of breathing new life into the name Austro Daimler. He started with the design of a classic Grand Tourer, designed a hybrid drivetrain and finally won a team of freelancers to turn his vision into reality. The result is a sports car with classic proportions. A long bonnet is followed by a sporty, short interior and and equally tightly cut rear. The front view is characterised by a dominant radiator grille and narrow headlight units extending into the fenders. What is striking is the considerable width of 2.08 meters, which makes the new Austro Daimler appear very massive. As with the Jaguar E-Type, the complete front opens forward as one bonnet piece. Gullwing doors in the style of the Mercedes-Benz 300 SL give access to the interior, while the very round rear has a large tailgate with narrow lights below, drawn around the corners as continuous strip with integrated ‘Bergmeister’ lettering. This might be the reason for the name suffix ‘Shooting’, but the new Austrian car is not a classic Shooting Brake. If you enter the Bergmeister through the hinged doors, you will notice a modern interior with clear lines, which contrasts in its design with the classic quotes from the body. Driver and front passenger sit on comfortable sports seats, but are separated by a dominant strut above the center console, which grows quite high out of the dashboard. Those who would have expected just as classic round instruments when reviving a classic brand will be disappointed. In front of the driver appears a screen, which is probably unavoidable nowadays. It is operated via a controller mounted on the center console. 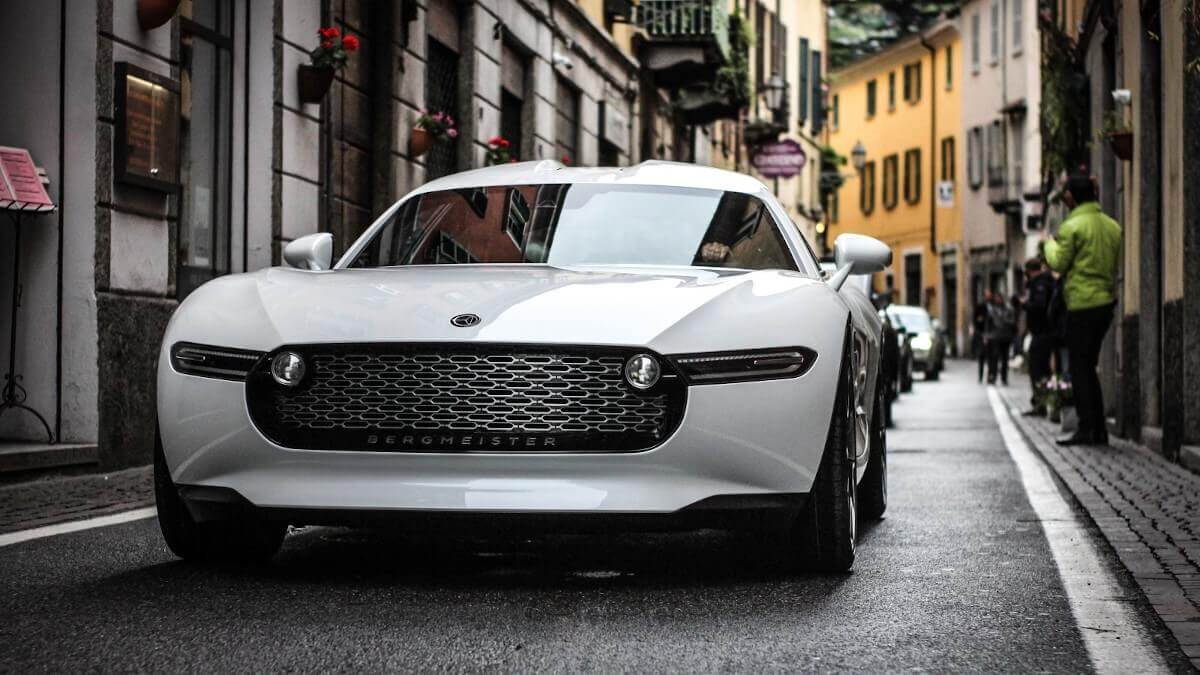 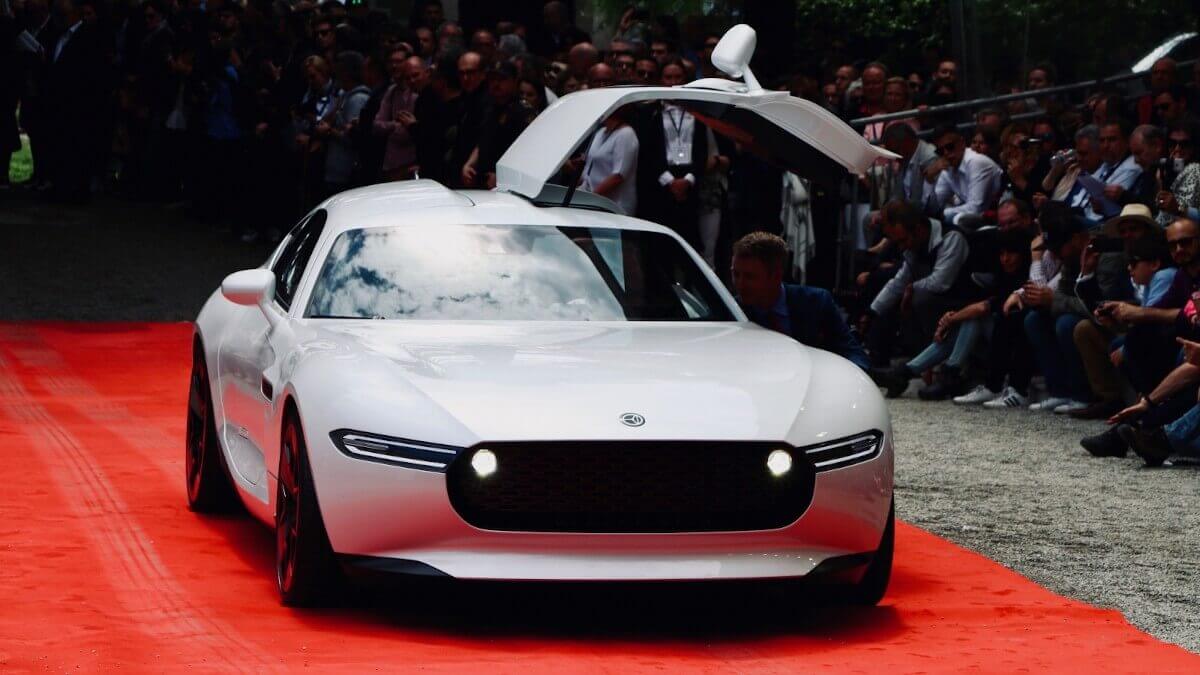 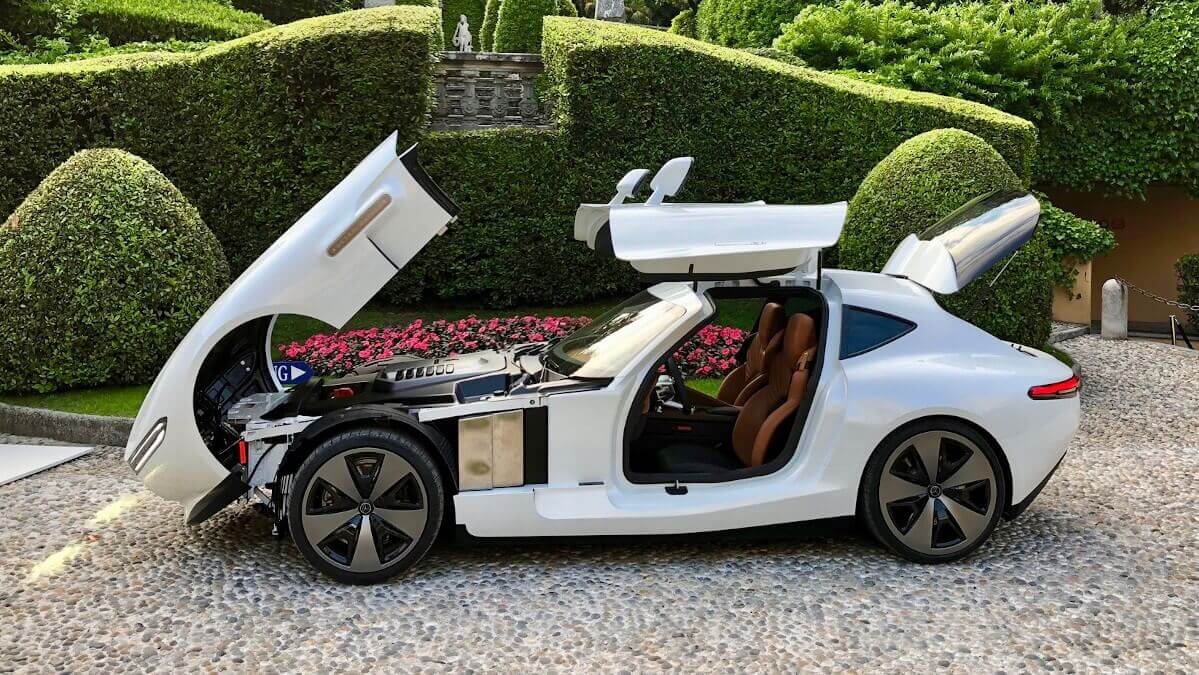 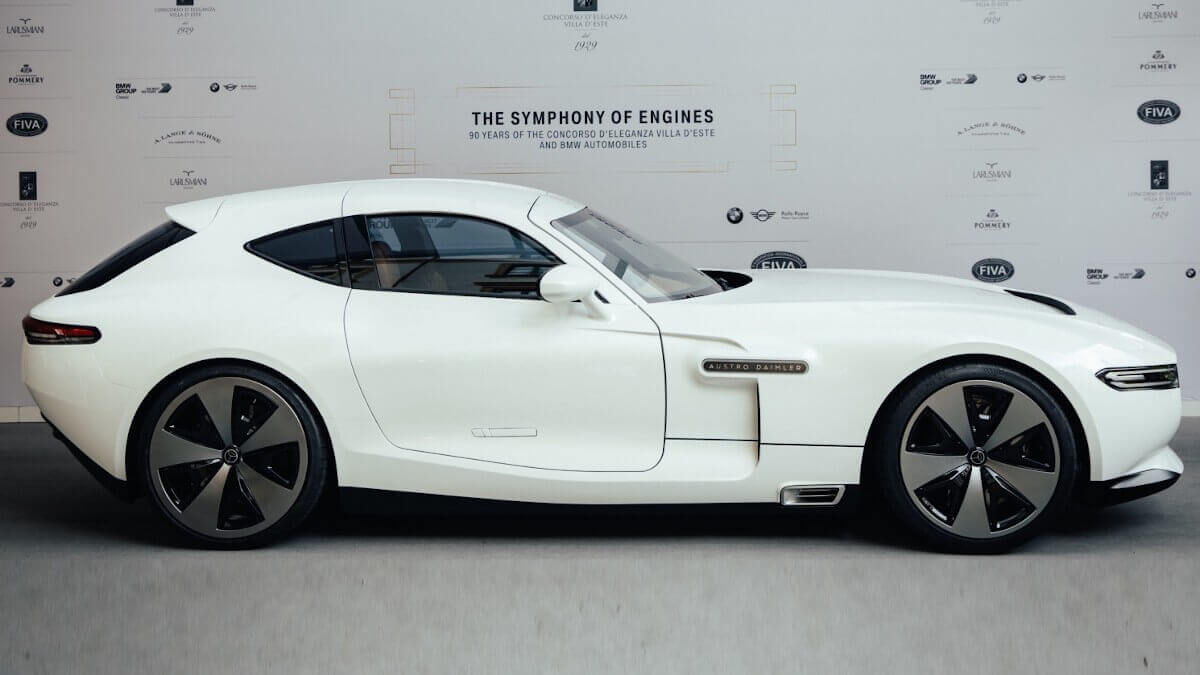 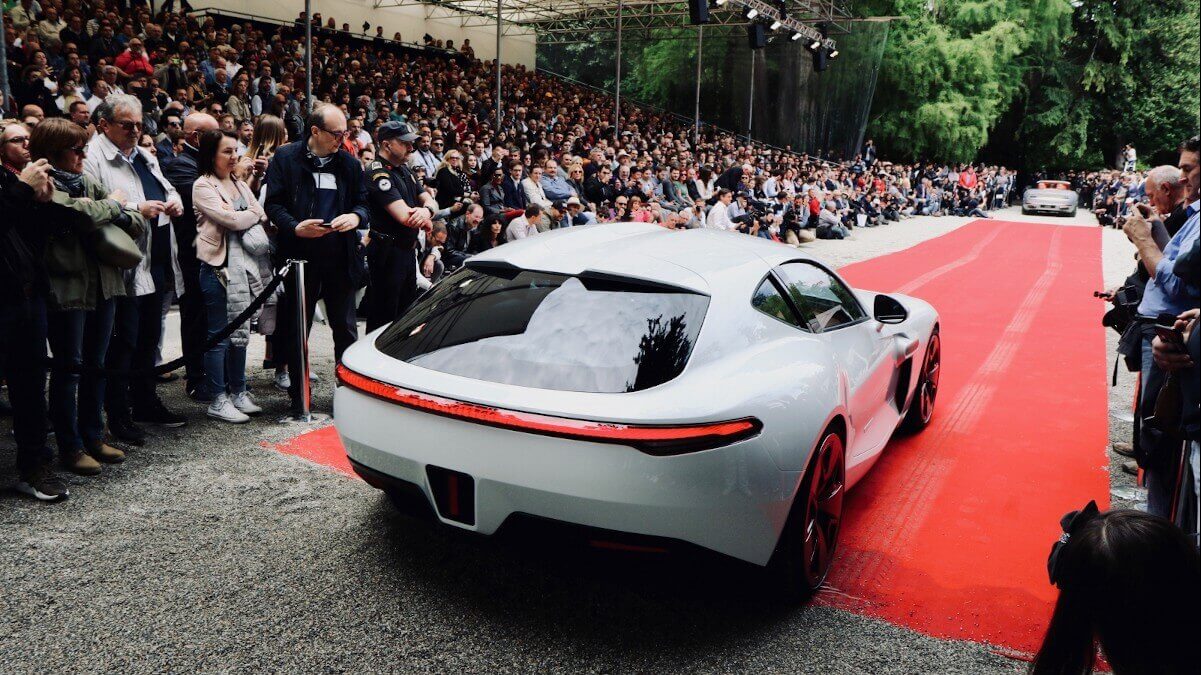 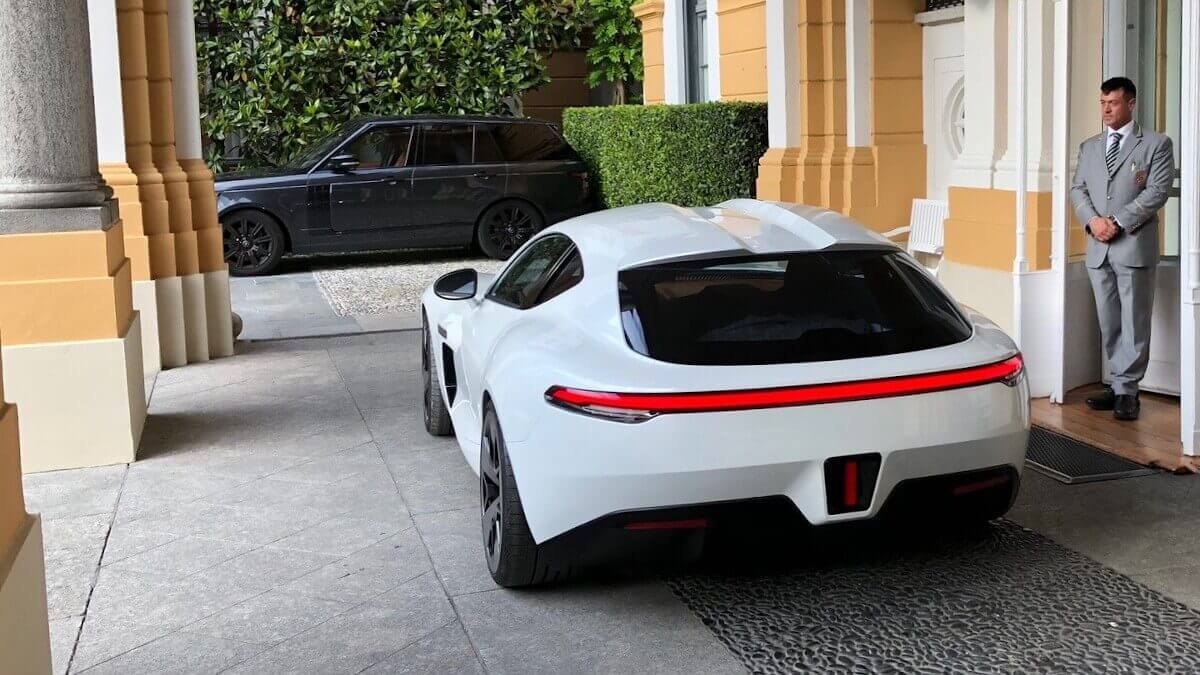 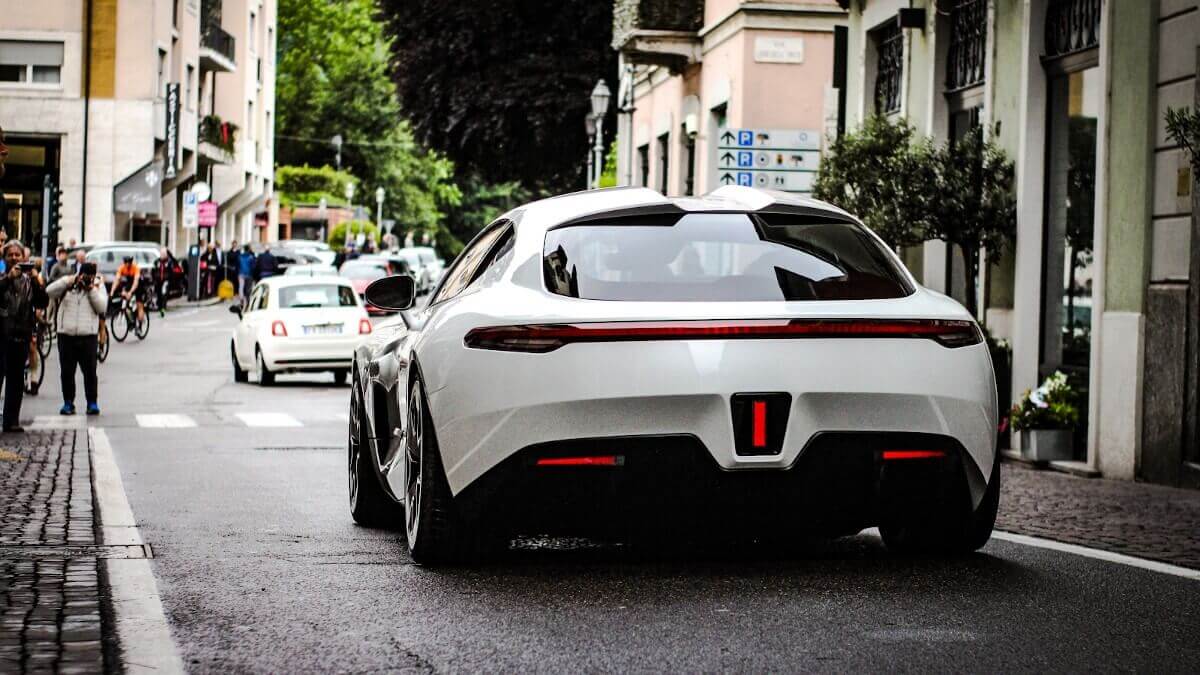 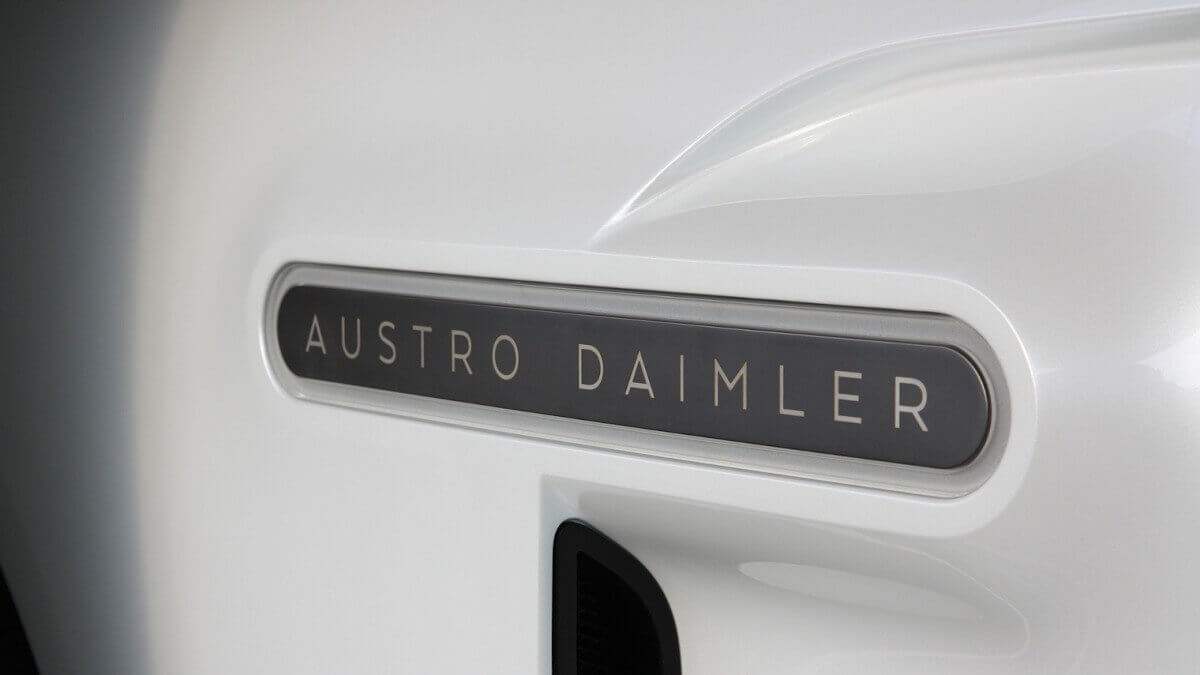 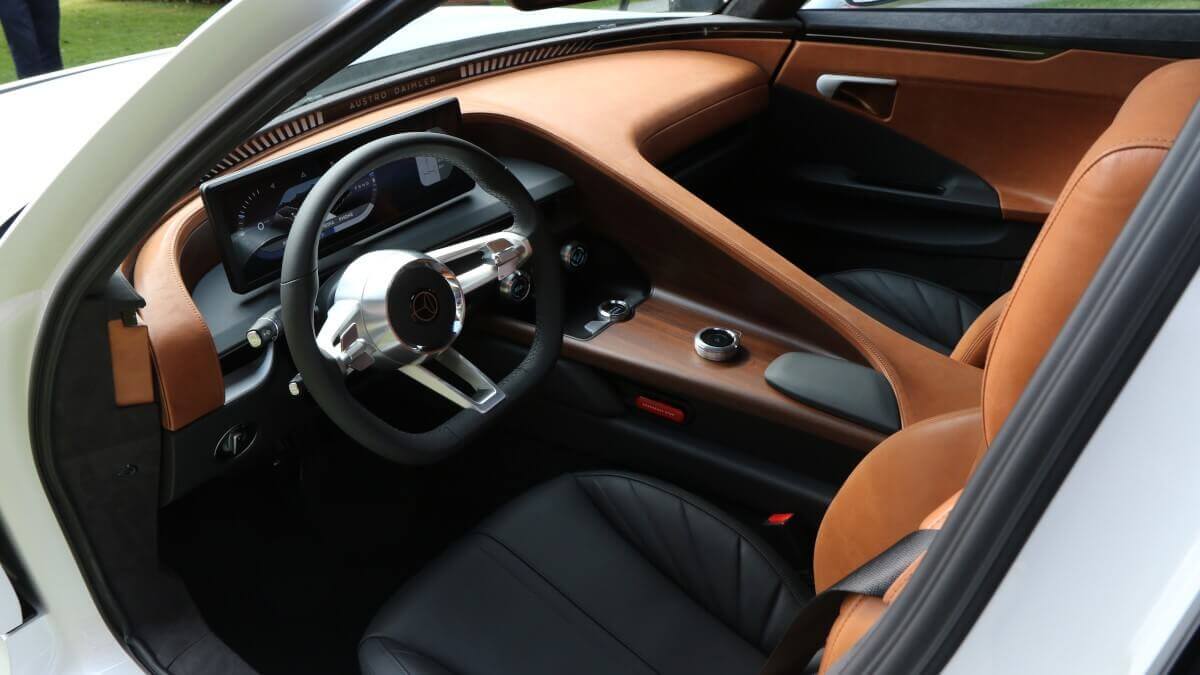 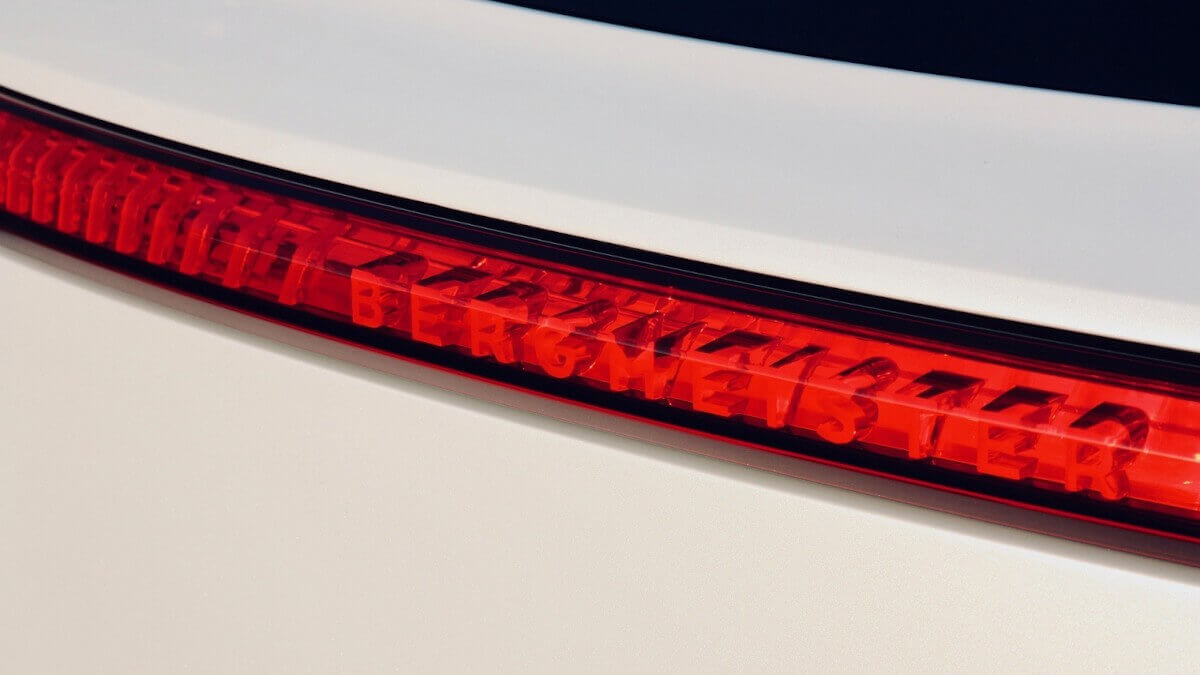 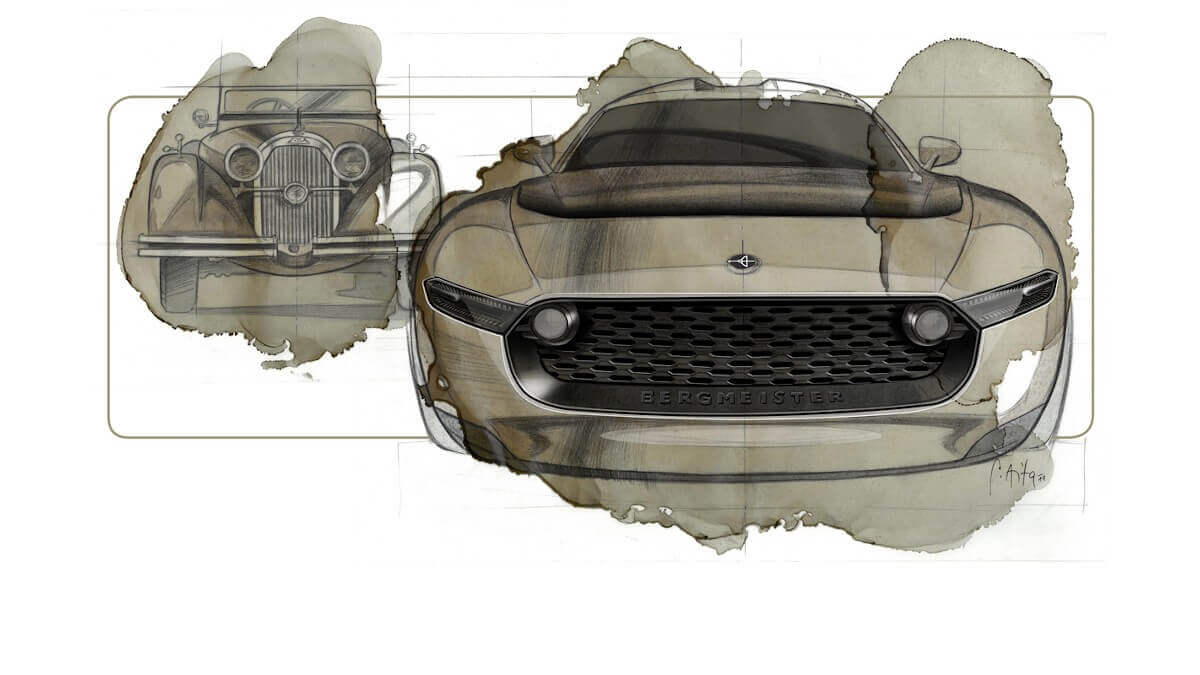 While the exterior design deliberately shows more classic features and overall looks harmonious, the technical side of the Bergmeister ADR 630 Shooting Grand is rather progressive and modern. The body is based on an aluminium spaceframe and thus provides a relatively moderate empty weight of 1,650 kilograms. In addition to the weight, the hybrid drivetrain developed by Roland Stangl and already mentioned above, consists of an inline six-cylinder turbo engine supplied by Mercedes-AMG, which works in cooperation with a total of three electric motors, provides very impressive driving performance. The developers claim a system output of 1,214 hp and a maximum torque of 1,660 newtonmeters. This is expected to result in an acceleration time of 2.5 seconds to 100 kph and a topspeed of 330 kph. A 55 kWh lithium-ion battery installed in front of the rear axle provides 250 kilometers of purely electric range, while the total range should be just under 1,000 kilometers.

The Austro Daimler Bergmeister ADR 630 Shooting Grand is currently still a concept car developed by Roland Stangl and his team of freelancers. Whether and if so when a series production will take place remains to be seen.