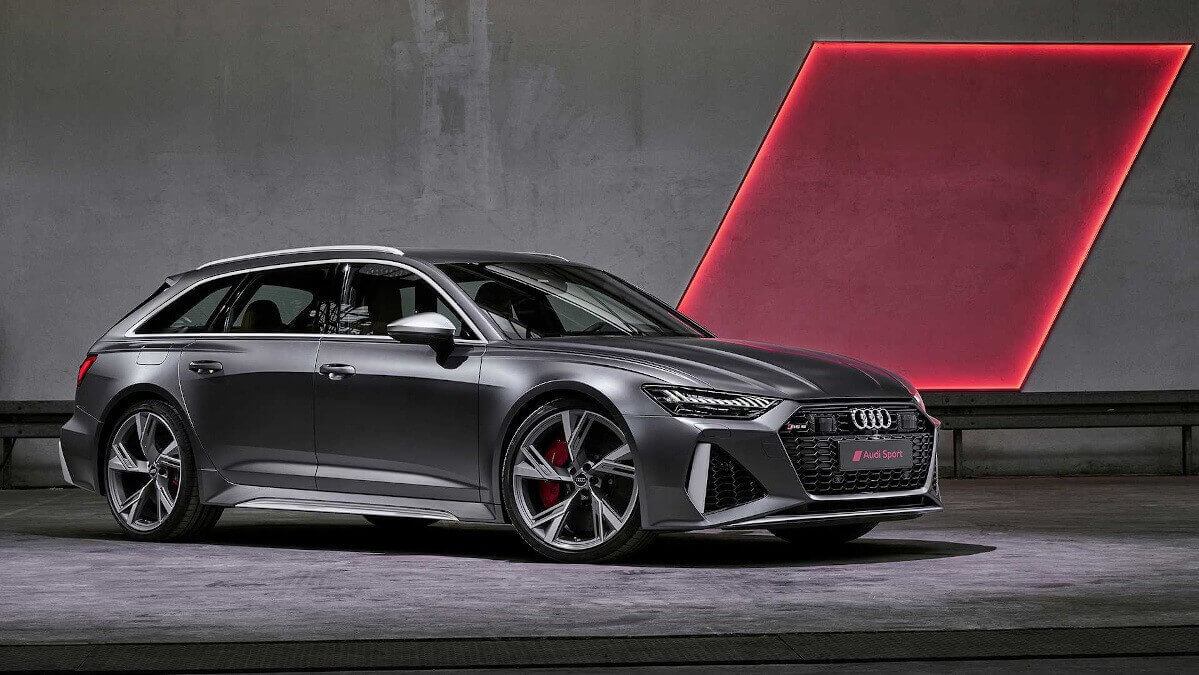 25 years ago the RS 2 Avant made its debut as the first RS model of the Audi brand. In the meantime, this sporty model range has grown considerably and includes sedans (RS 3, RS 4, RS 6), Coupés and Convertibles (RS 5, TT RS), compact cars (RS 3) and SUVs (RS Q3, RS Q5 and soon the RS Q8). The new RS 6 Avant, which will also be available in North America for the first time, makes its debut in time for the anniversary. In addition, the Ingolstadt-based company is using a mild hybrid system for the first time in an RS model. Under the bonnet there is a four-liter V8 biturbo engine with 441 kW/600 hp and a maximum torque of 800 newtonmeters. This power is transmitted to the quattro all-wheel drive system via an eight-speed automatic transmission. In 3.6 seconds it accelerates up to 100 kph (62 mph). The topspeed ex works is limited to 250 kph (155 mph), which can be increased to 280 kph (174 mph) with the optional ‘Dynamic Package’ and to 305 kph (189 mph) with the ‘Dynamic Plus Package’. Both packages also include a mechanical limited slip differential, which, if necessary, transfers up to 70 percent of the power to the front wheels or up to 85 percent to the rear axle.

Added to this is the 48-volt on-board power system, which also makes the mild hybrid system possible. A special belt alternator starter can store up to 12 kilowatts of power in a separate lithium-ion battery, which can be used as additional power for strong accelerations. It is also possible to release the throttle pedal in a speed range of 55 to 160 kph (34 to 99 mph) and the car will go into a sailing mode with the combustion engine switched off for up to 40 seconds. Around 0.8 liters of fuel can be saved per 100 kilometers. Compared to the normal Audi A6, the RS 6 Avant is 20 millimeters lower thanks to the standard air suspension. At speeds above 120 kph (74.5 mph), the car lowers a further 10 millimeters. In addition, at low speeds, the height can be raised by 20 millimeters at the touch of a button in order to drive over kerbs or underground car park entrances with steep ramp angles. The ‘RS Sports Suspension Plus’ including ‘Dynamic Ride Control’ (DRC) is available at an extra charge. DRC comes with three-stage adjustable dampers and its own spring rates. 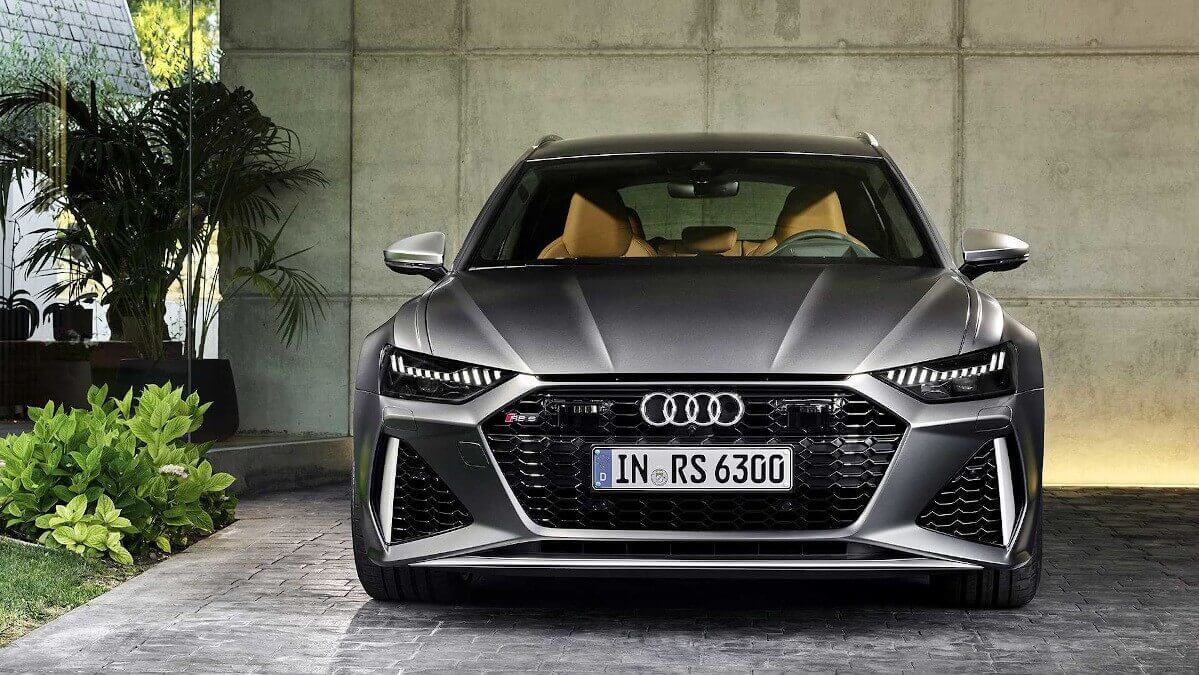 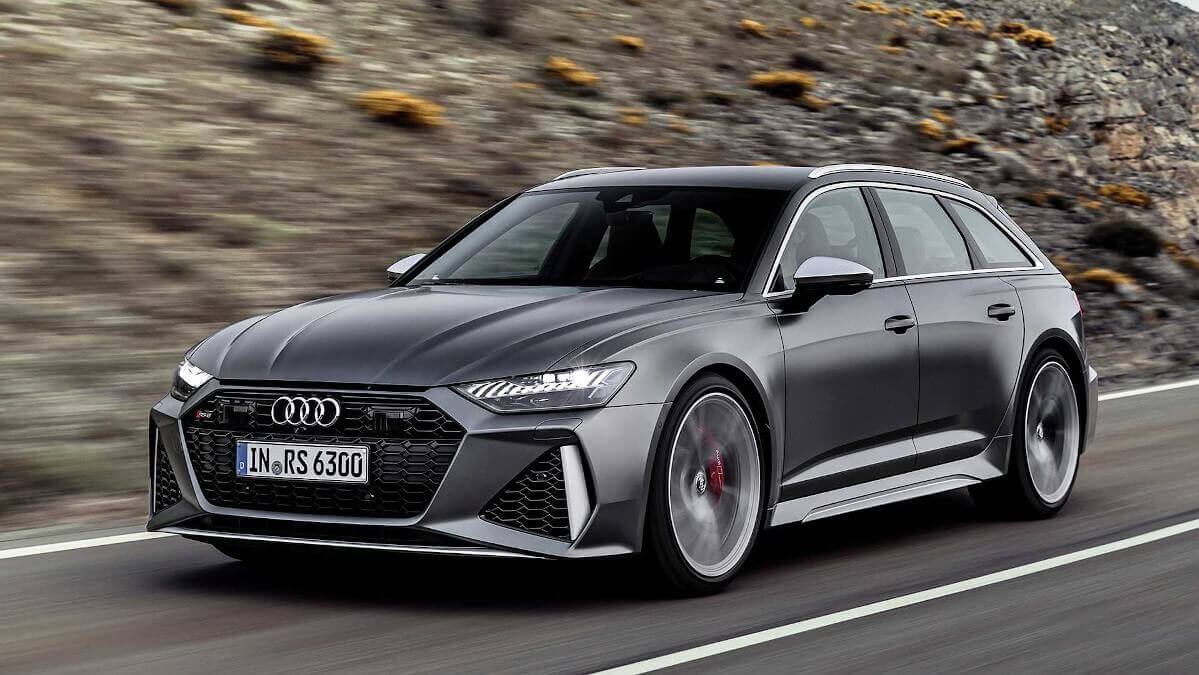 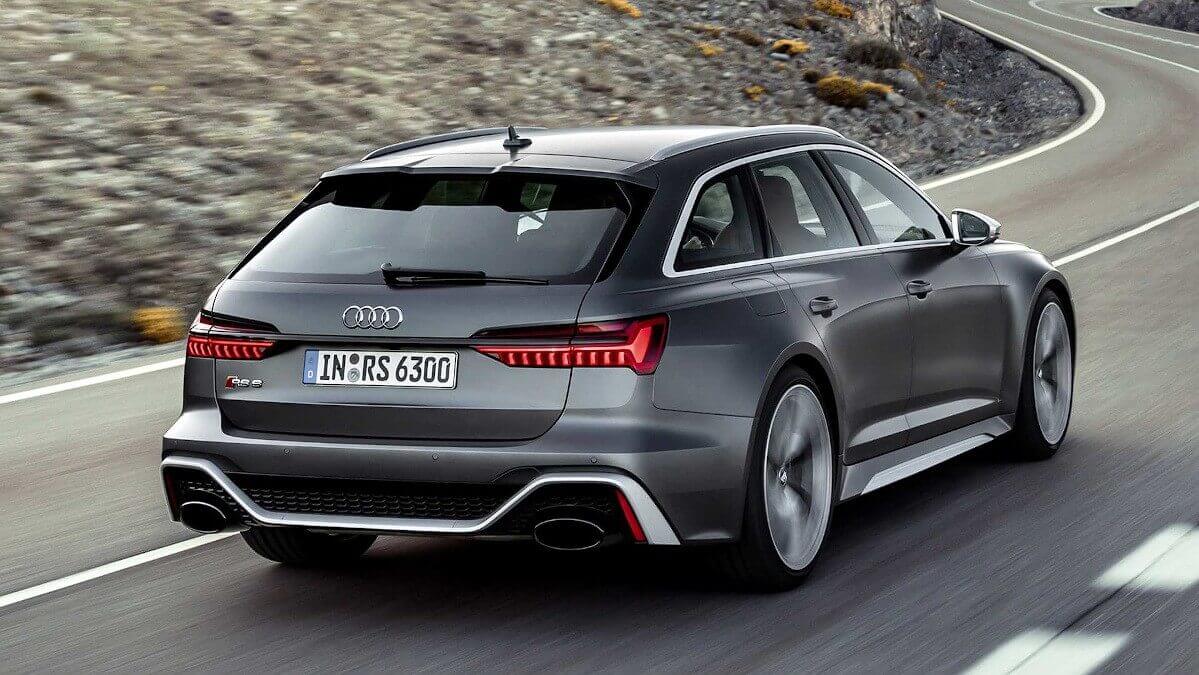 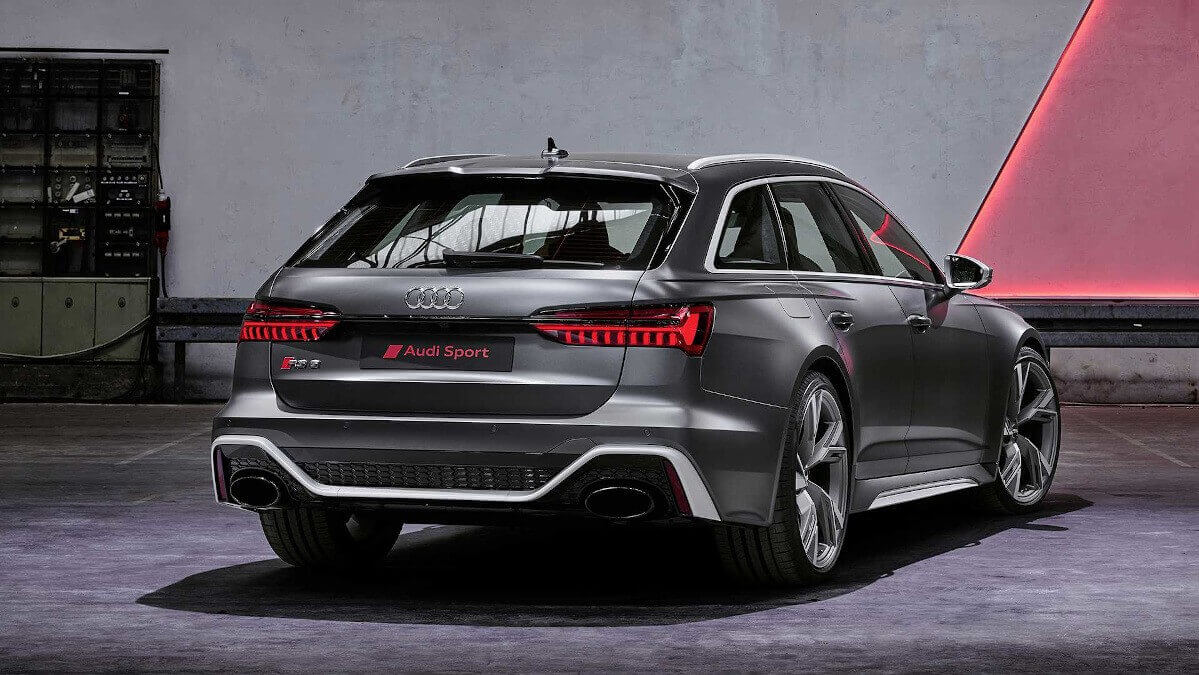 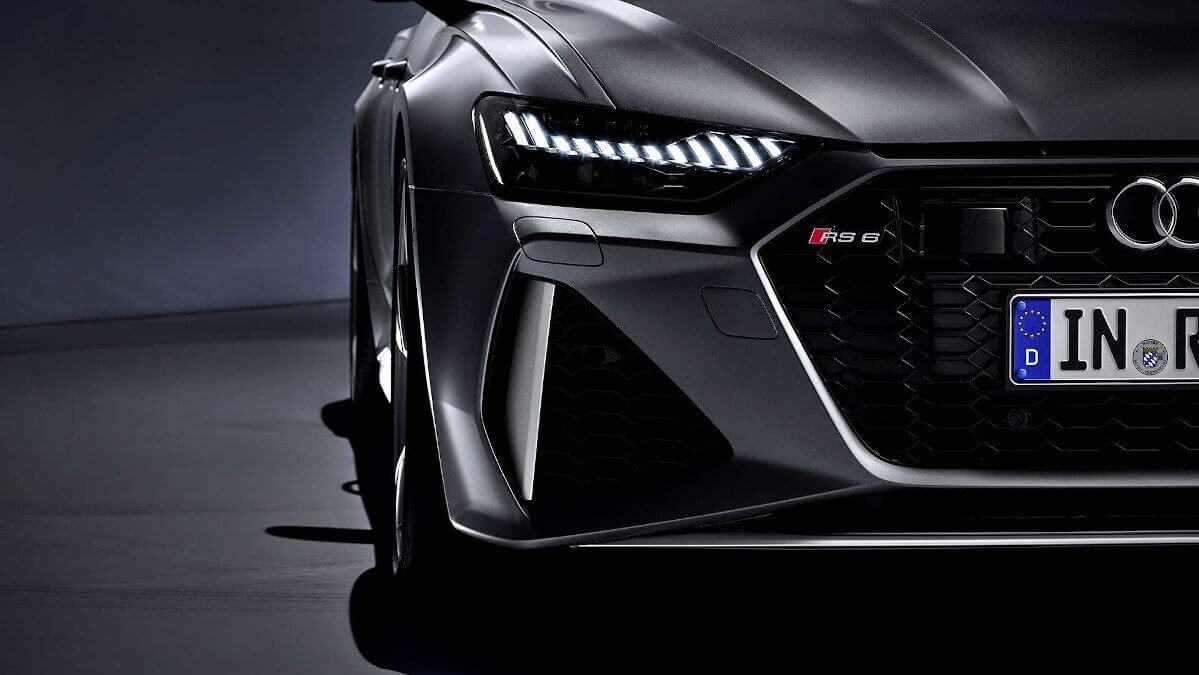 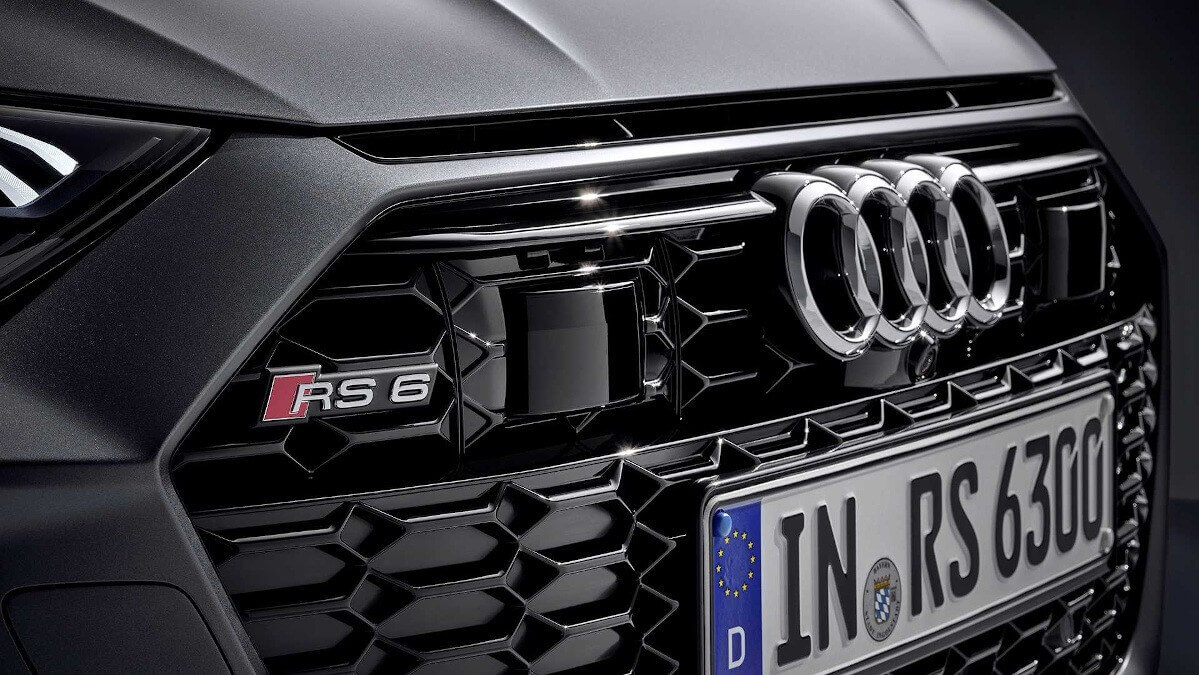 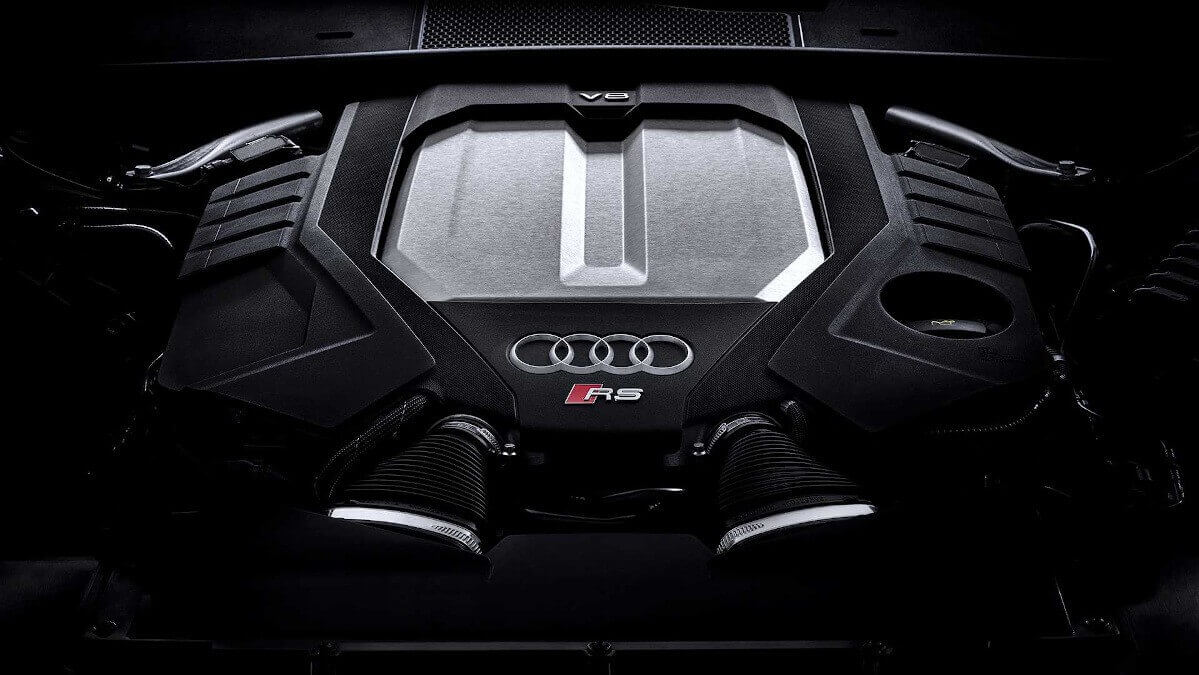 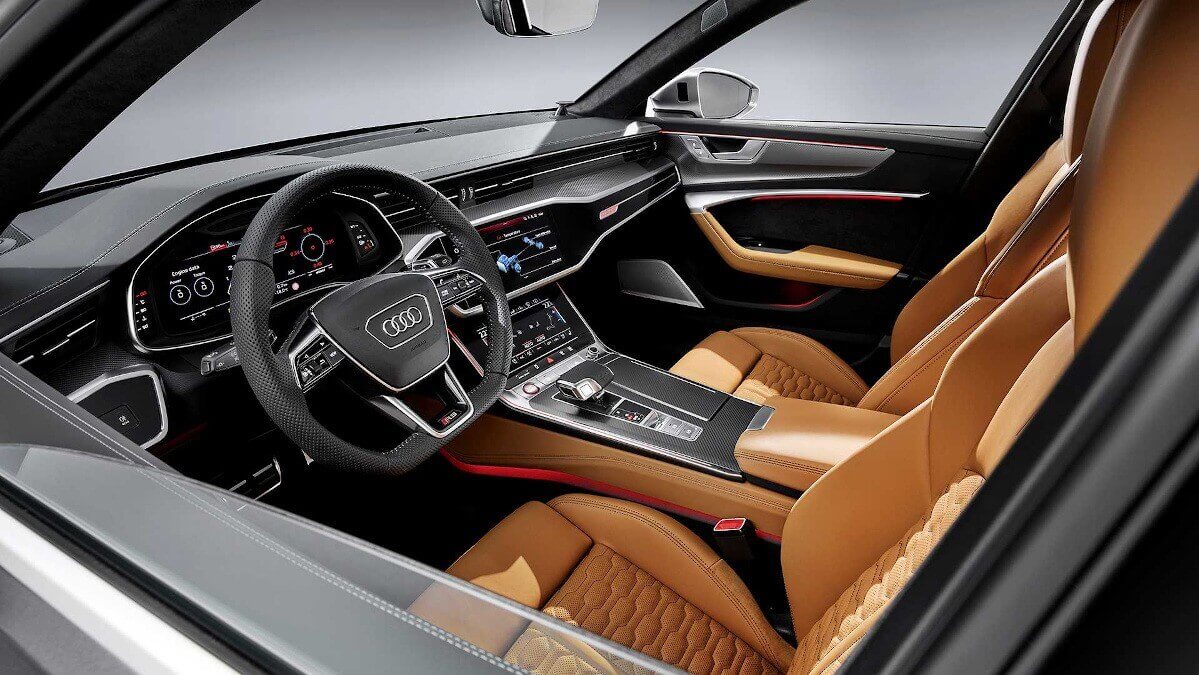 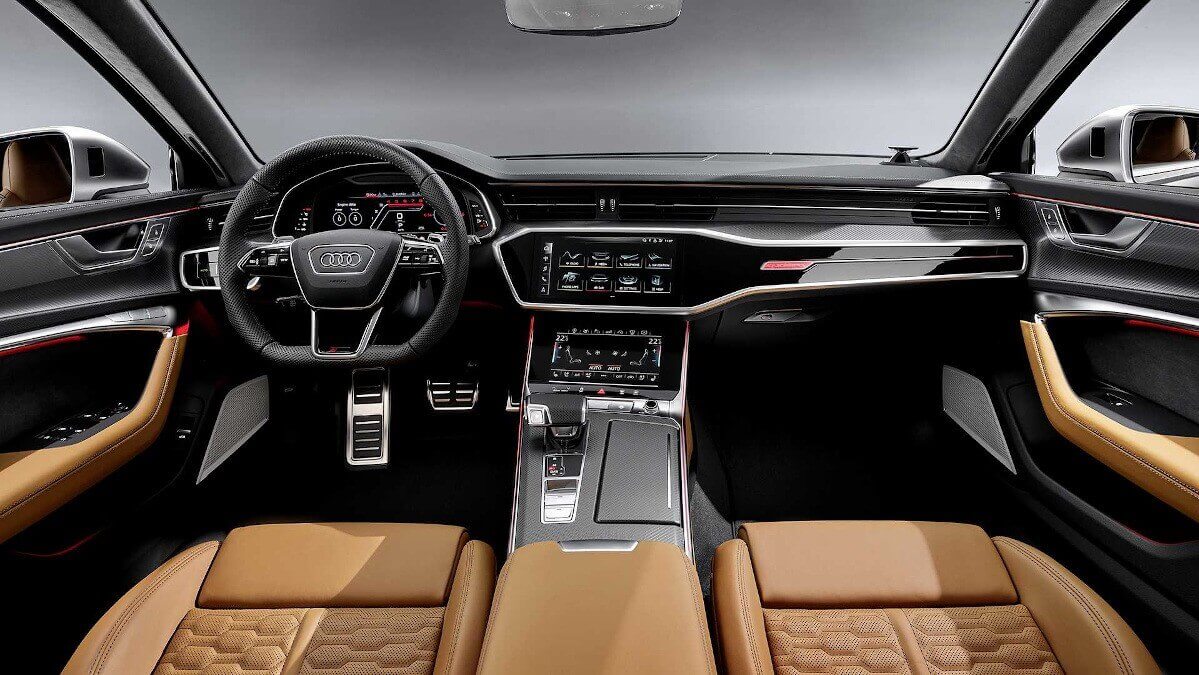 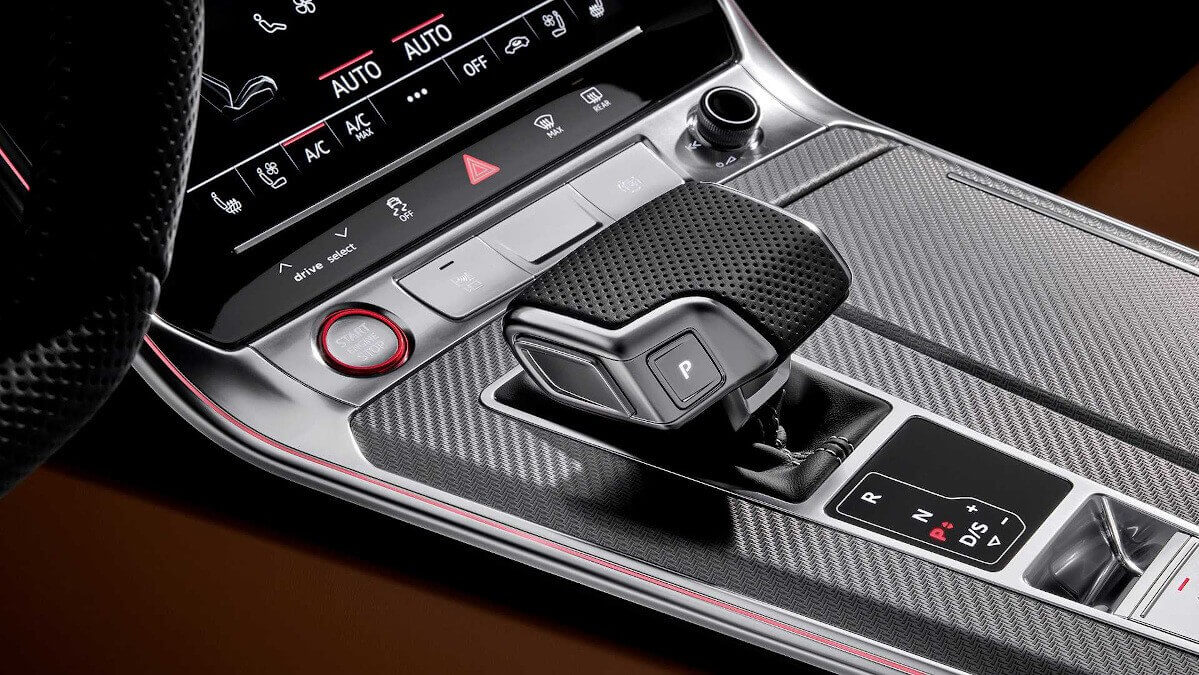 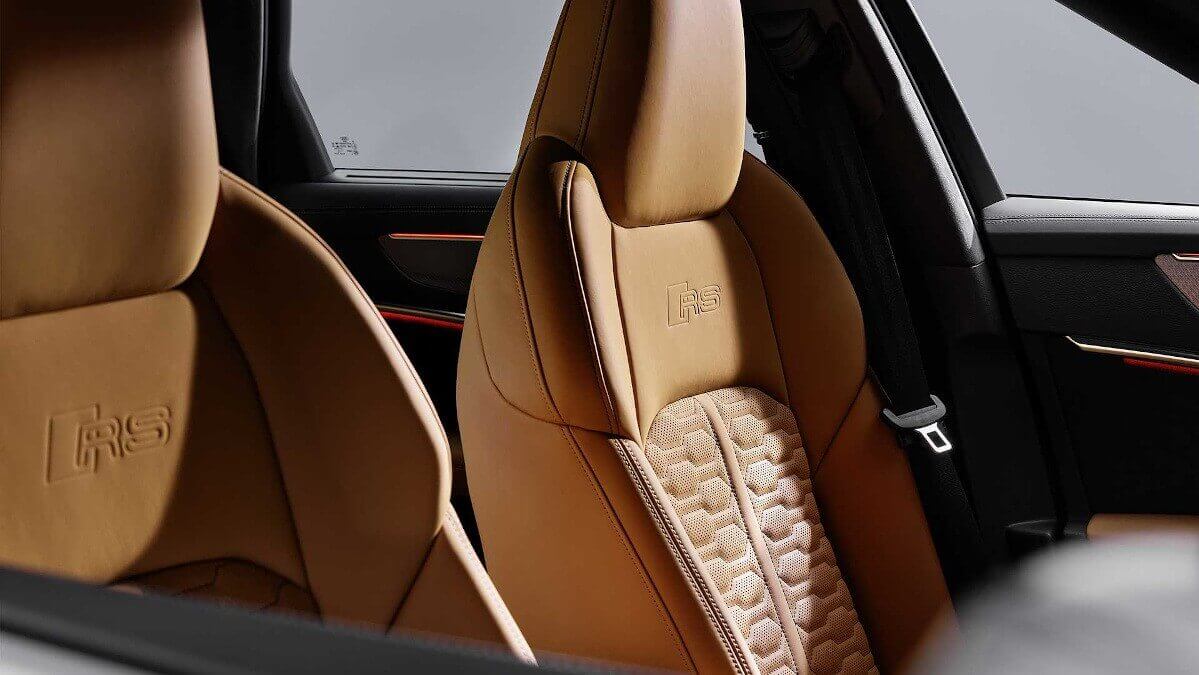 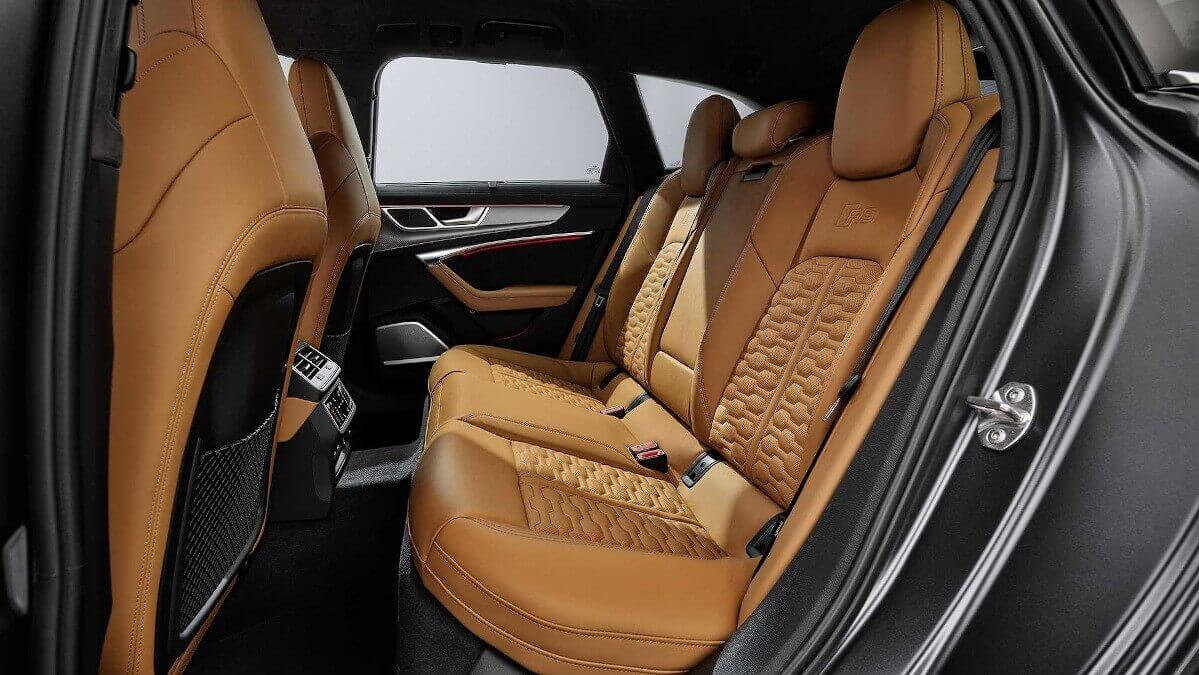 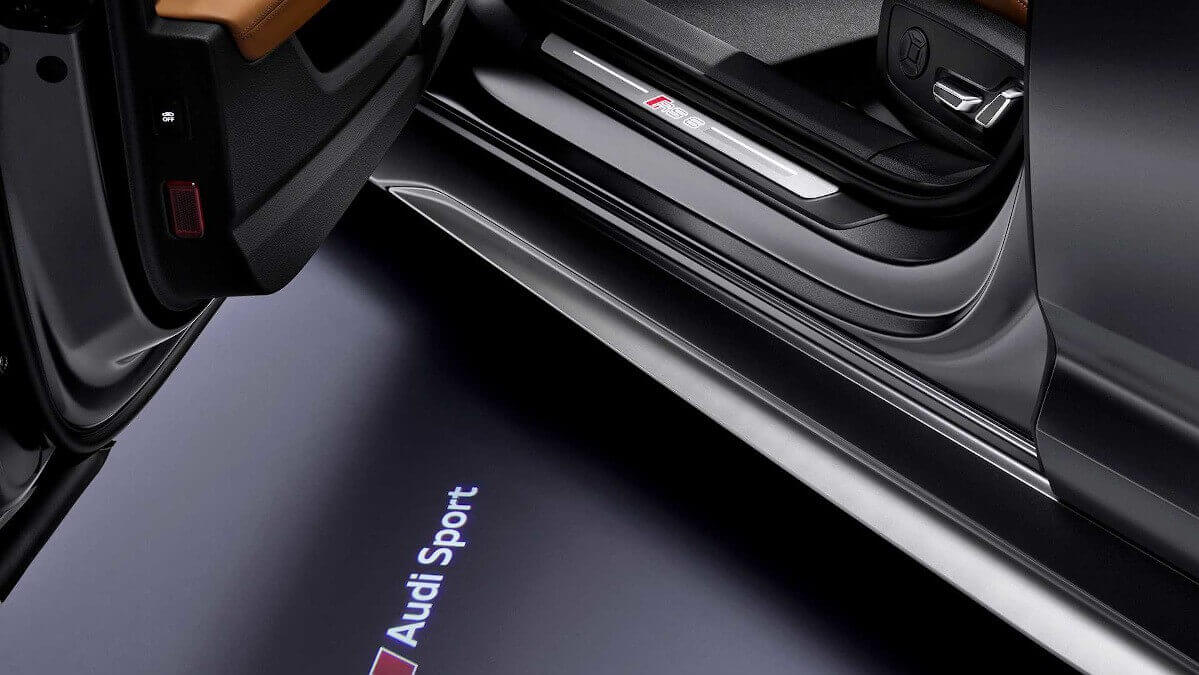 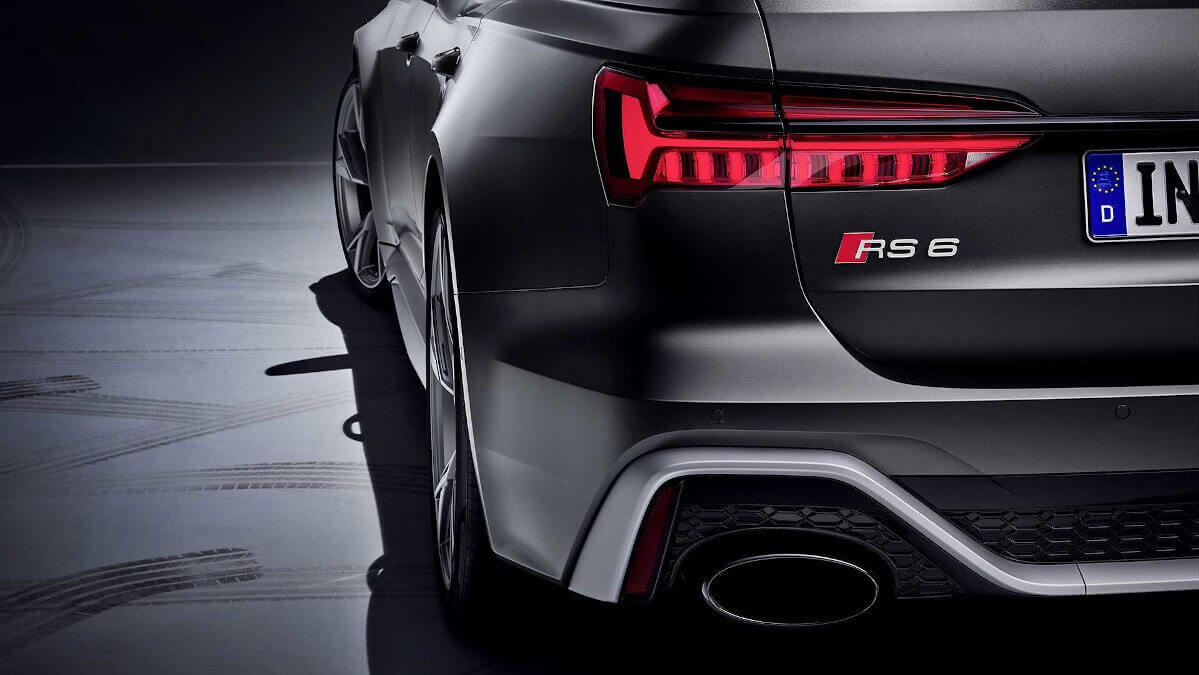 Visually, the car is given various typical RS details such as the large air intakes in the front bumper next to the wide single-frame radiator grille or the wider wheel arches. The rear bumper with the two oval tailpipes also has the familiar RS look. Behind the standard 21-inch alloy wheels are black painted brake calipers on the steel brake system or alternatively red, grey or blue calipers on the optional carbon-ceramic brake system. At the rear, the new RS 6 Avant offers a boot capacity of 565 liters, which can be extended to 1,680 liters by folding down the rear seats. This makes this vehicle not only fast, but also practical. In Germany and other European countries, it will be available from dealers in the first quarter of 2020. Audi hasn’t yet announced the prices.