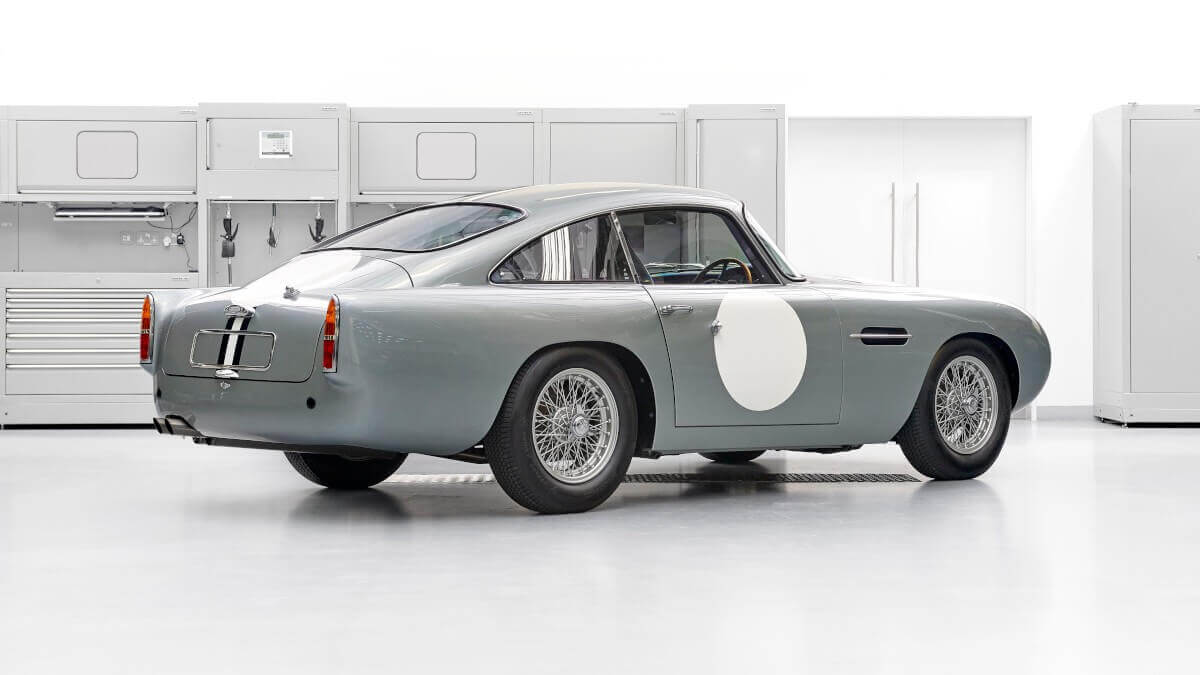 Aston Martin is one of the few manufacturers in the world to offer so-called Continuation Cars ex works. These are exact replicas of historical models, mostly to complete series that for various reasons had to be terminated earlier than originally planned. This began in 2017 with the DB4 GT Continuation, followed by the DB4 GT Zagato Continuation. Currently, production of the DB5 Goldfinger Continuation is underway, celebrating James Bond’s movie car fully loaded with Q-options. Only a few examples of each of these model series were built at the company’s former headquarters in Newport Pagnell, where today the classic car department Aston Martin Works resides. Shortly after the respective announcement of the Continuation Cars, they were sold out completely, despite high prices.

The original DB4 GT debuted in 1959 as a motorsport version of the DB4 with a shortened wheelbase, only two seats and more power. Under the bonnet was still the 3.7-liter inline six-cylinder engine, which thanks to dual ignition and three Weber twin carburettors as well as a higher compression ratio officially delivered around 300 hp. However, experts suspect that around 270 hp is a more realistic figure. With five different rear axle ratios, customers could choose between better acceleration or higher topspeed. A total of 75 units were produced, eight of which also had a particularly light aluminium chassis and were given the nickname Lightweight. The 2017 Continuation series finally included a further 25 vehicles, which were built by hand according to the original plans of the DB4 GT Lightweight. However, some modern findings were also incorporated into the vehicles, which not only helped the engine to achieve around 345 hp by increasing its displacement to 4.2 liters, but also improved handling and braking. 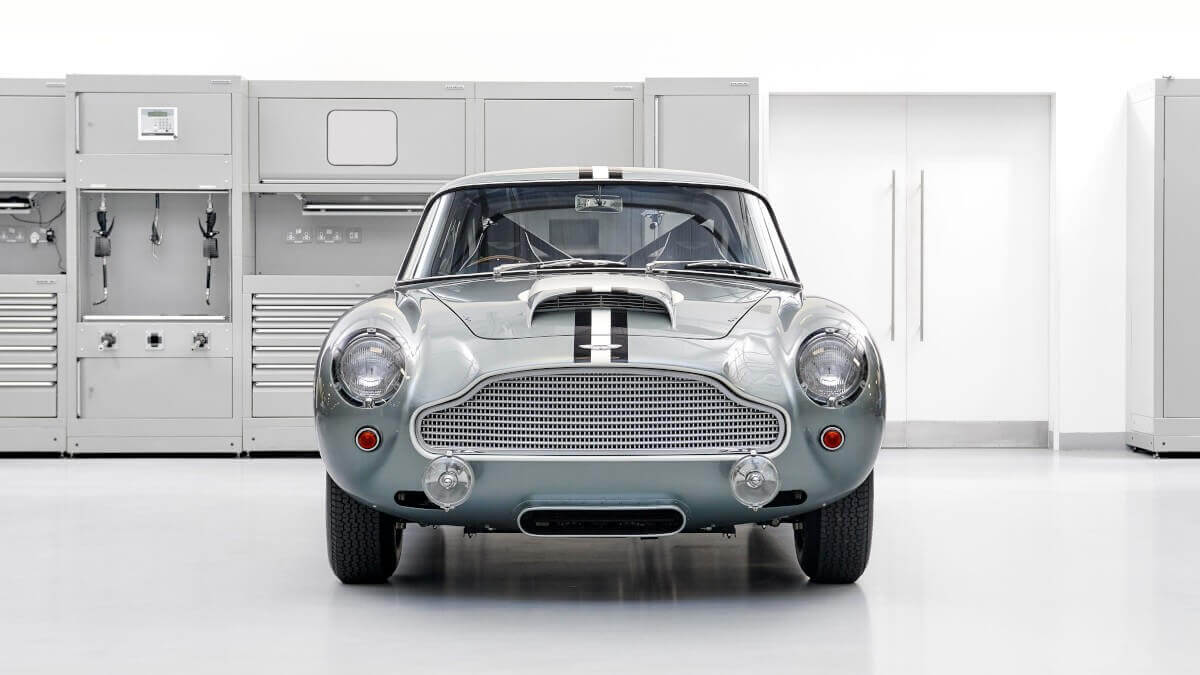 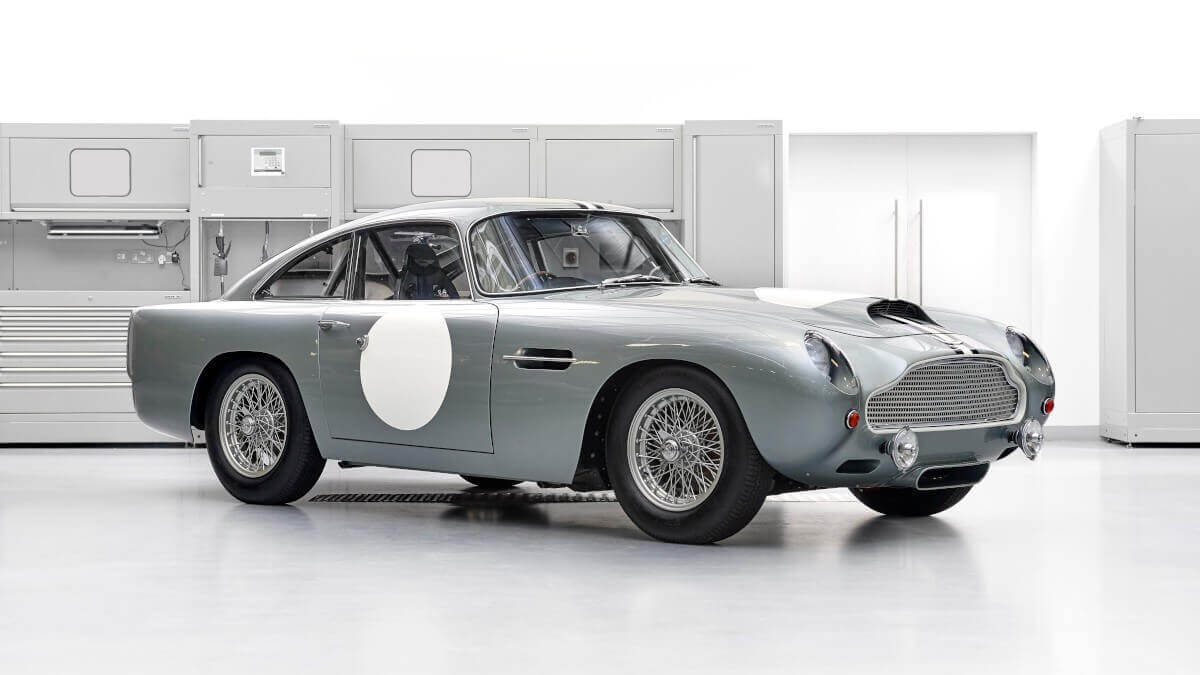 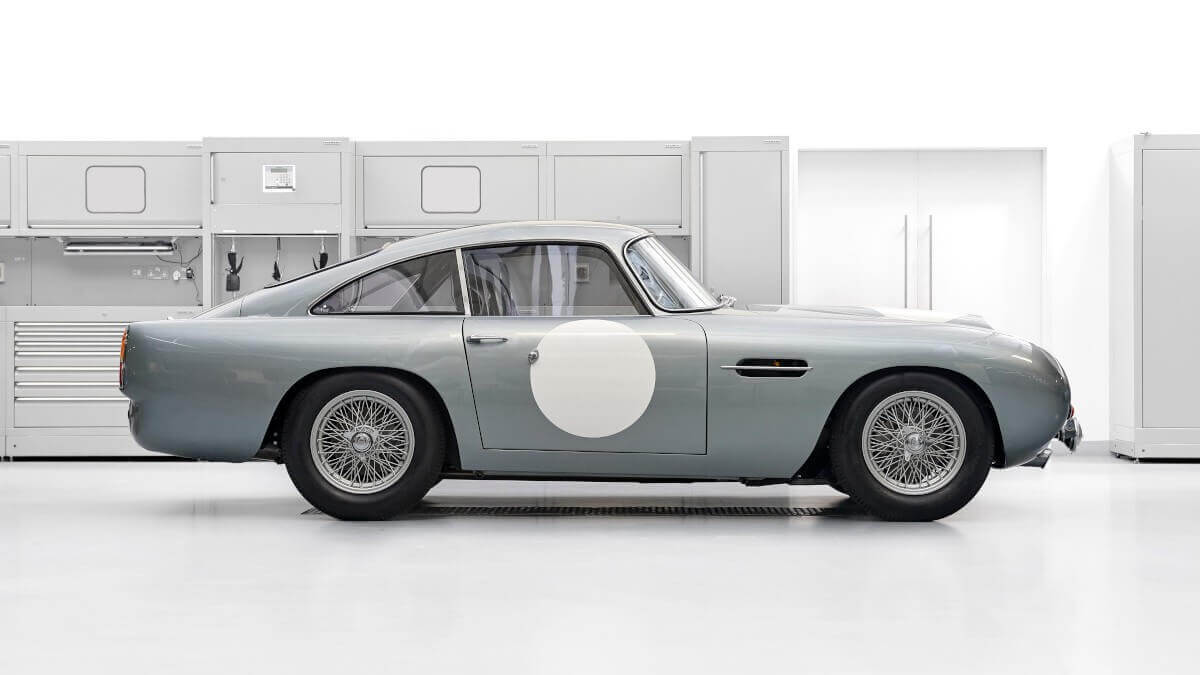 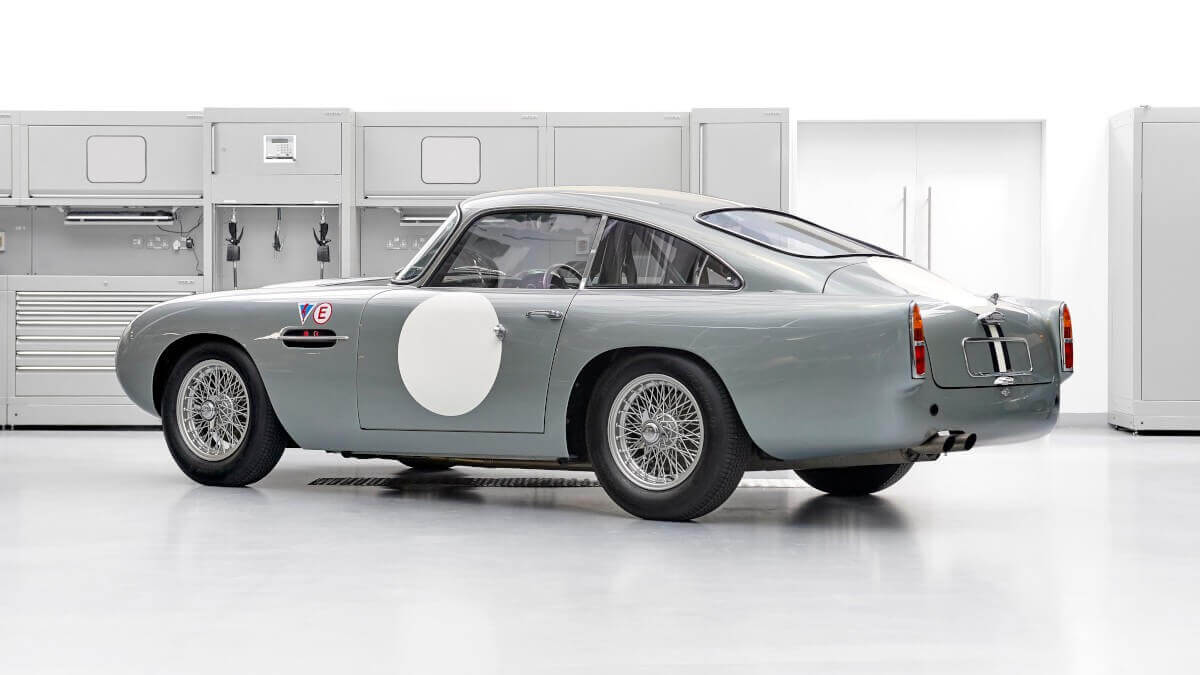 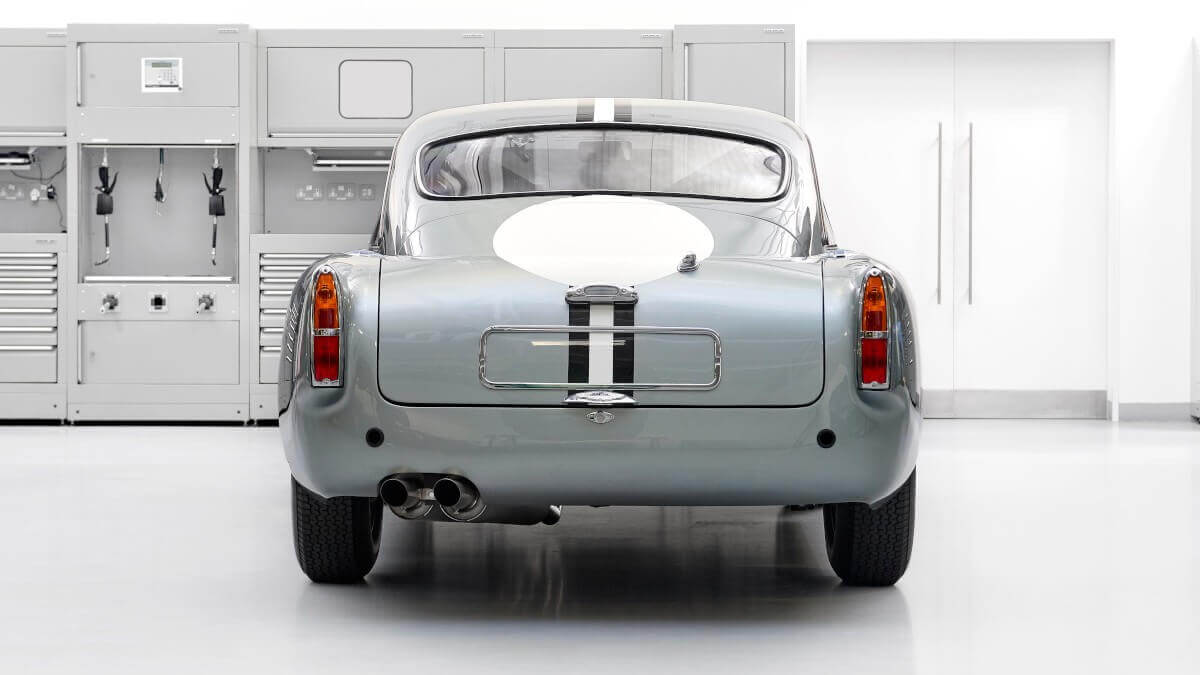 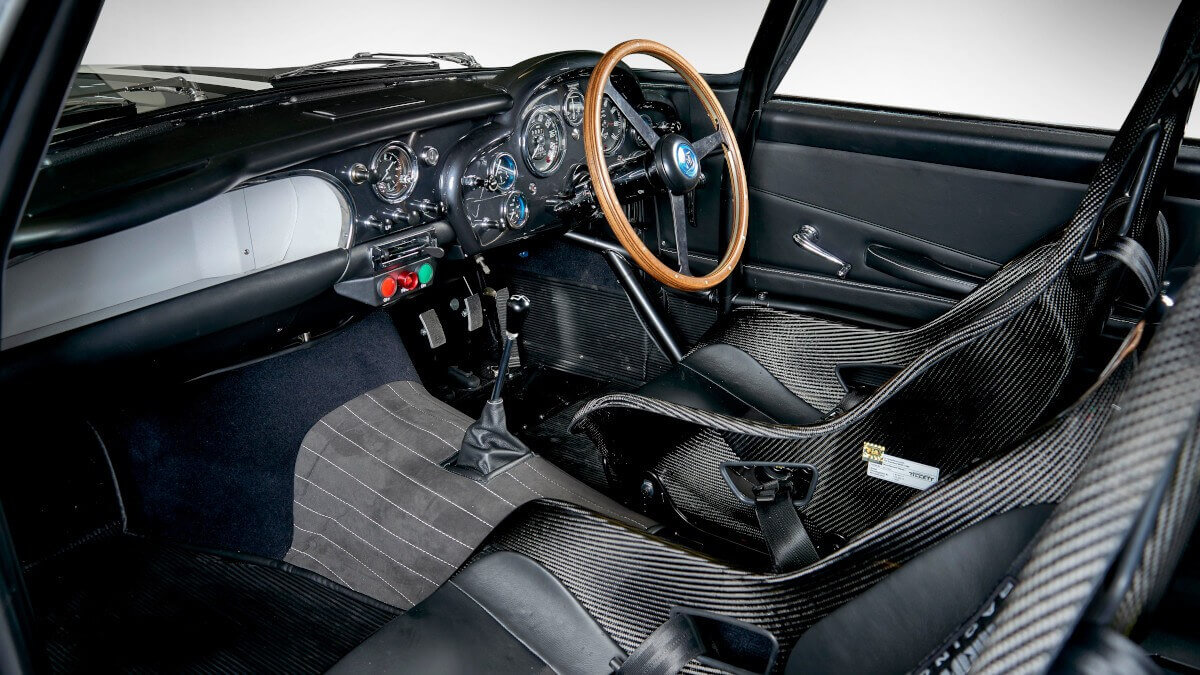 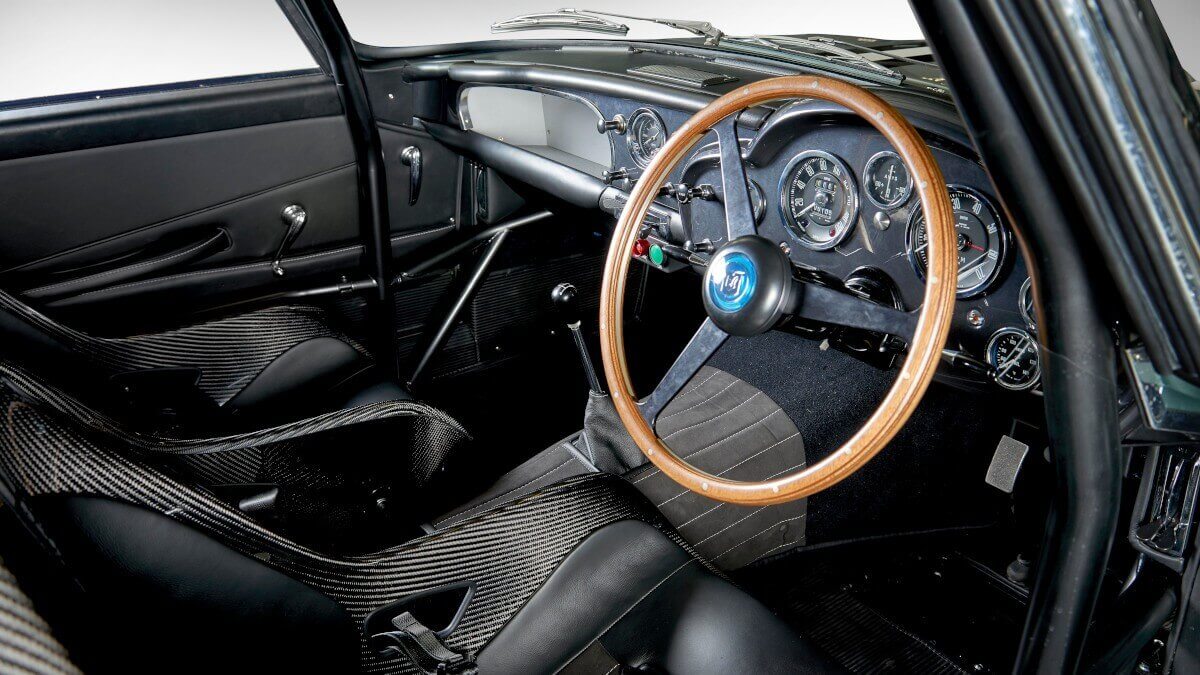 Now a vehicle from the DB4 GT Continuation series with the chassis number DB4/GT/0227/R is for sale again by Aston Martin Works. Apparently the previous owner only enjoyed the exciting shapes of the newly rebuilt classic car so far, as the odometer shows only a few miles from the test drive before delivery. From the outside, the car is painted in ‘Snow Shadow Grey’ with a hand-applied racing stripe in black, white and black, as well as large round bibs. As in the 1950s and 60s, the aluminium body panels were built over a Superleggera tubular steel frame, in the tradition of the Italian coachbuilder Touring. The price of this car is revealed by Aston Martin Works only on serious enquiries.