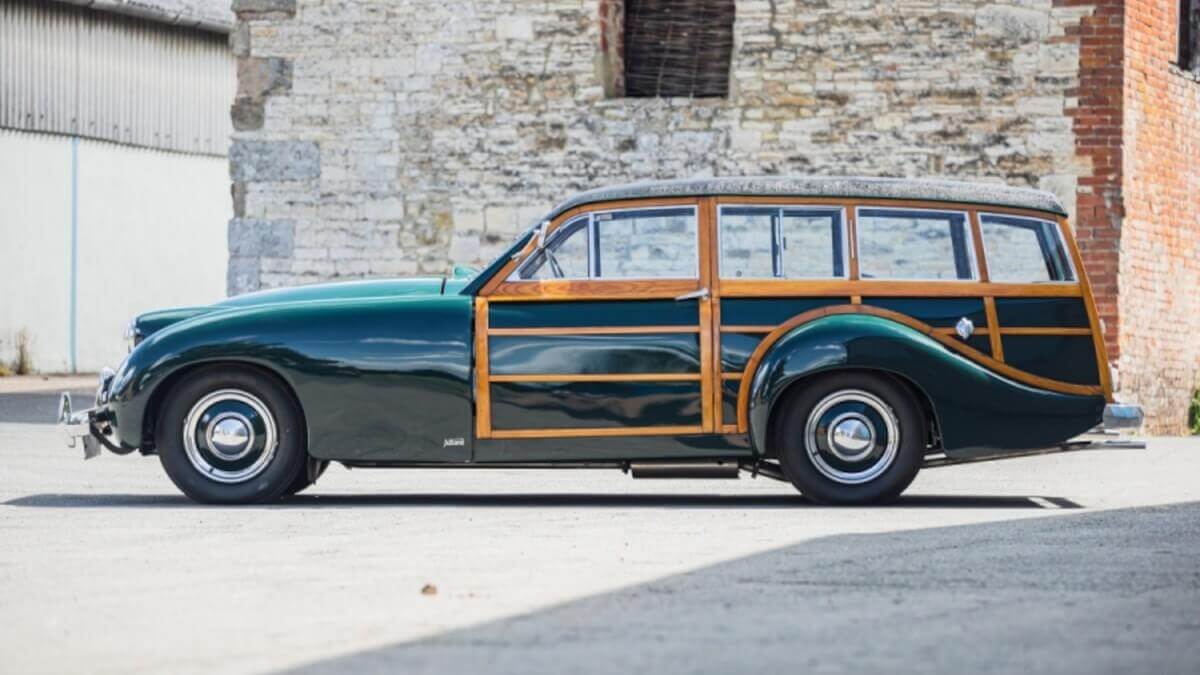 Many car fans know very little about the Allard brand, which was founded in 1946 by the British racing driver Sydney Allard in the London district of Clapham. It belongs to various manufacturers who, as dream realisations of their respective founders, developed their cars past the wishes of their customers and therefore had to close their doors after only a few vehicles had been built. Allard existed for 20 years and during this time produced just over 1,800 cars in about thirteen different model series, some of which subdivided into different versions. The company’s history began as early as 1936, when Sydney Allard built American V8 engines into British-made frames, creating race-worthy Specials. Altogether 12 units are said to have been produced until the beginning of World War 2. After the end of the war, the now officially founded company Allard took over the premises of the bankrupt coachbuilder Southern Motor Company and shortly afterwards presented the racing roadster J1, which was available either with 3.6 or 3.9 liter cubic capacity. At the same time there was the more comfortable road sports car K1 and the rare four-seaters L and M.

Both, the J and K models, were significantly revised in 1949 and 1950 and were thus given the names J2 and K2. In 1951, the even more powerful J2X version with 4.4 liters of displacement and around 150 hp appeared. In addition, the K2 was further developed into the K3 in 1952. For drivers with a somewhat bigger family, the P1 appeared in 1949 as a two-door sedan with five seats. Only three years later, a model upgrade to the P2 was carried out, which meant, for example, that the main headlights moved from the fenders into the space between fenders and bonnet. Allard also reduced the size of the radiator grille and, on request, fitted additional headlights on the chromed front bumper. On the side, the tapering fender lines were seamlessly integrated into the bodywork and the rear end was also given a few modifications. Before the conversion to the P2, the P1 in January 1952 achieved probably the greatest motorsport success in the history of the brand. Sydney Allard won the Rallye Monte Carlo with his co-driver George Warburton. Previously, other Allard models had already achieved some success in hill climbs and smaller rallies. Even at the 24 Hours of Le Mans, the brand took part several times, achieved third place overall in 1950 and was even briefly in the lead in 1953. 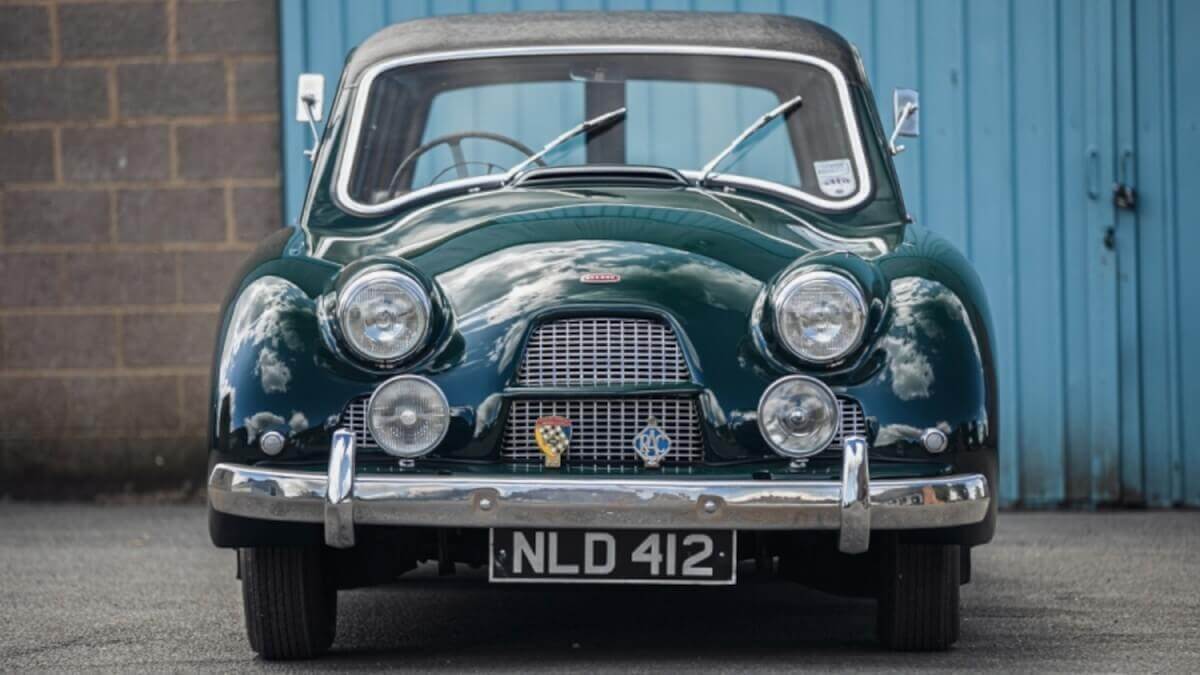 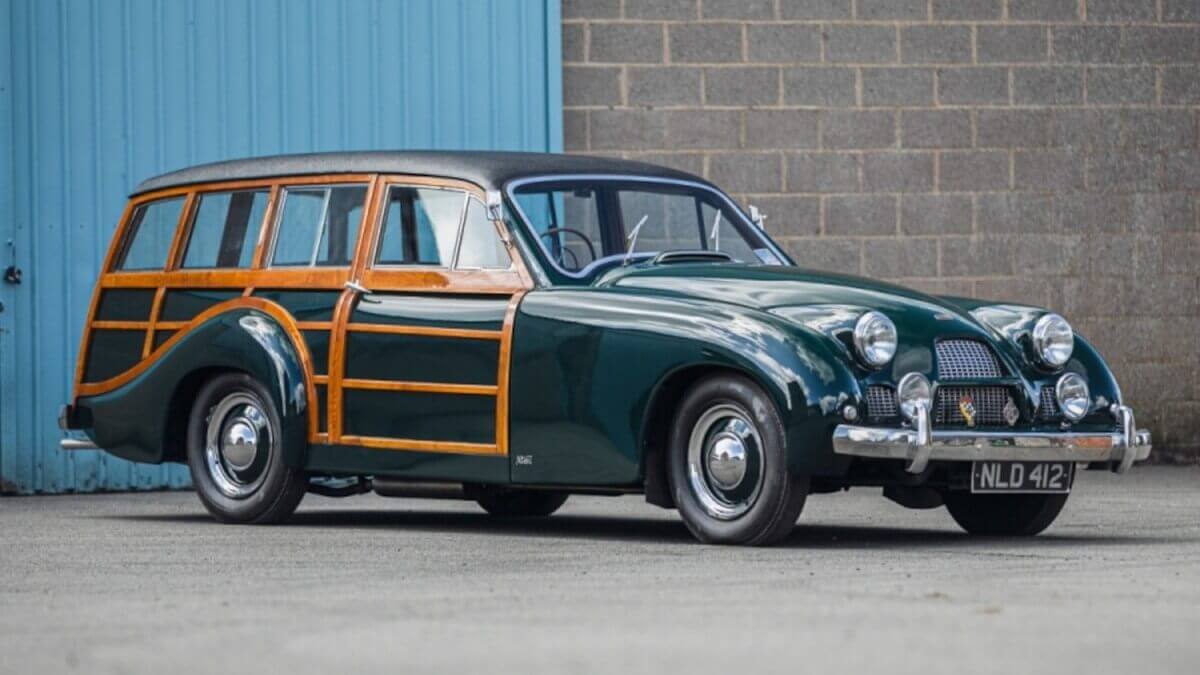 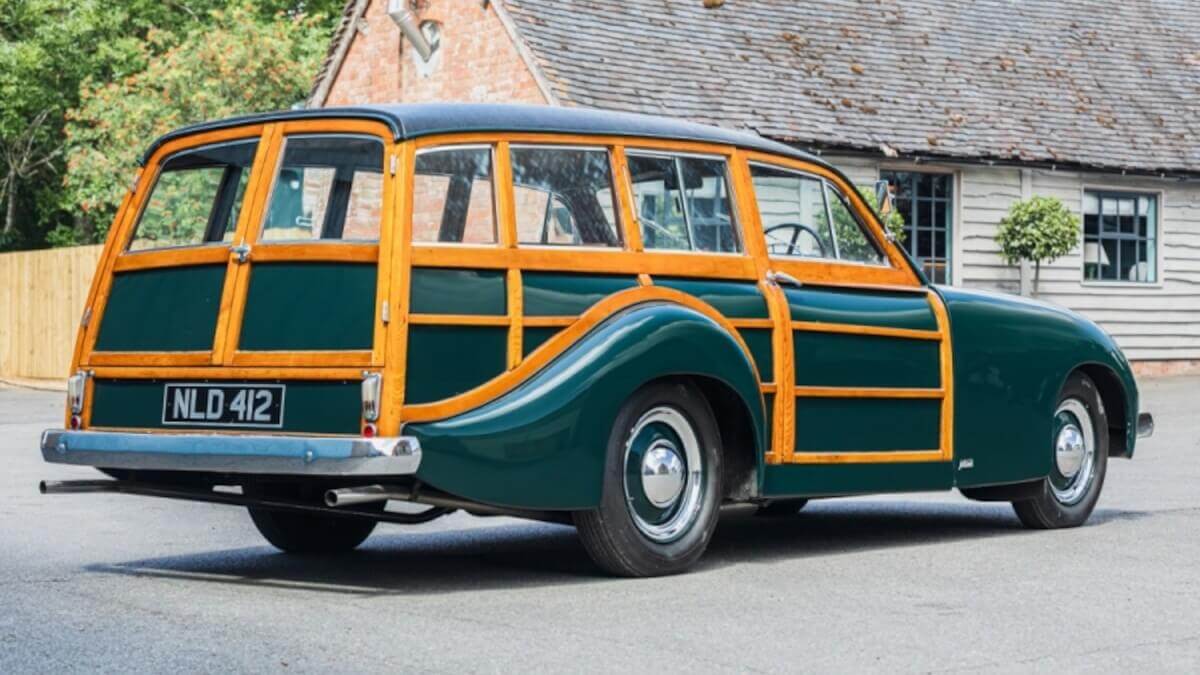 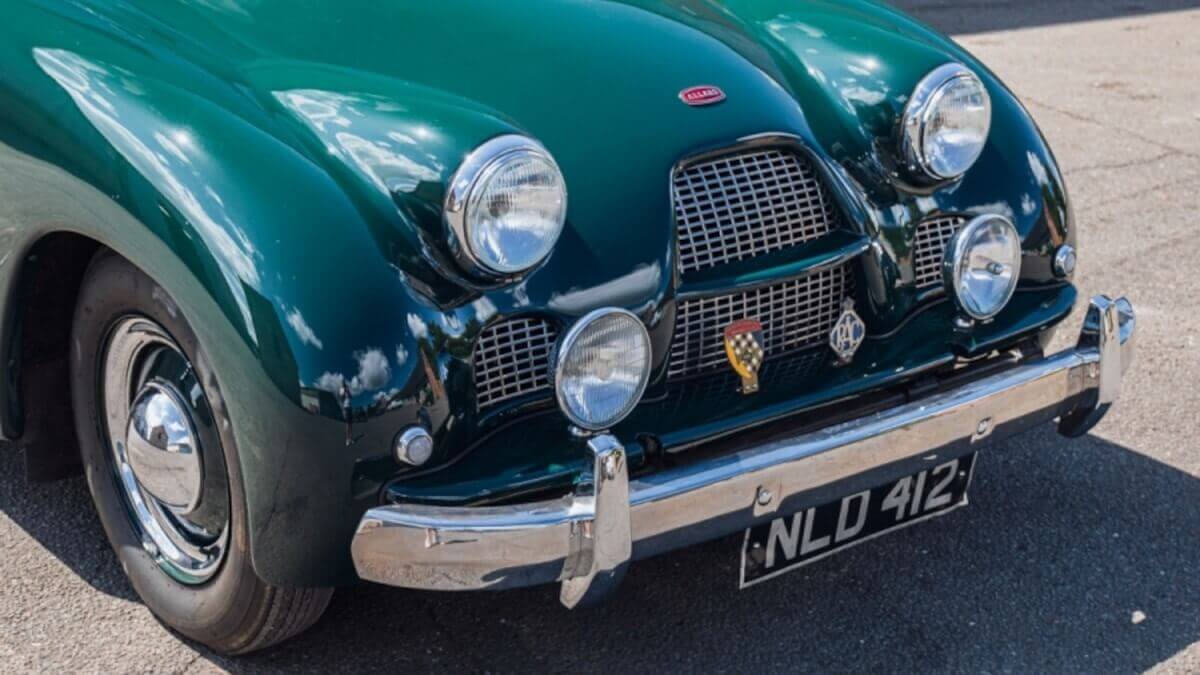 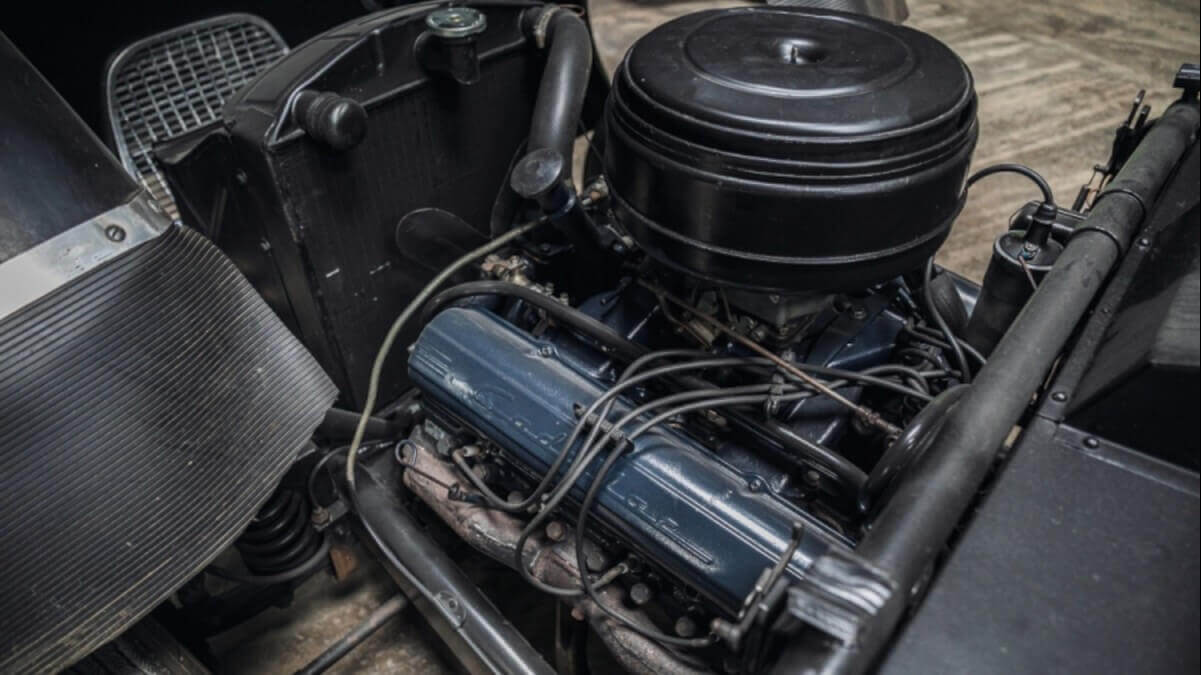 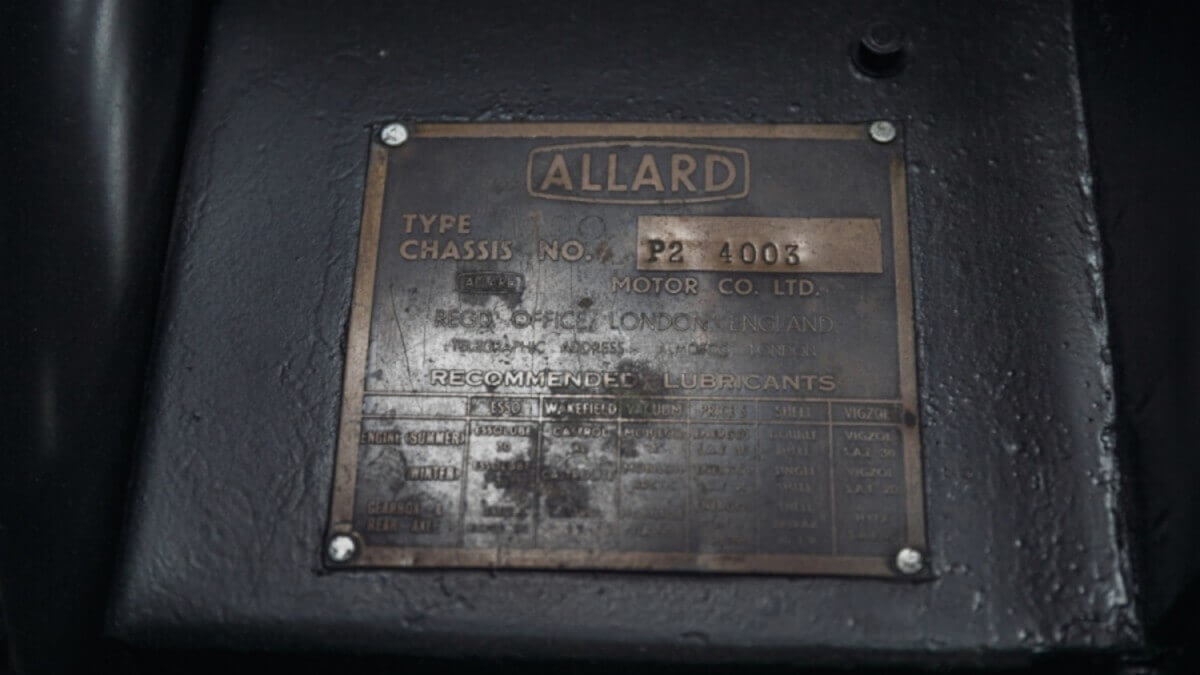 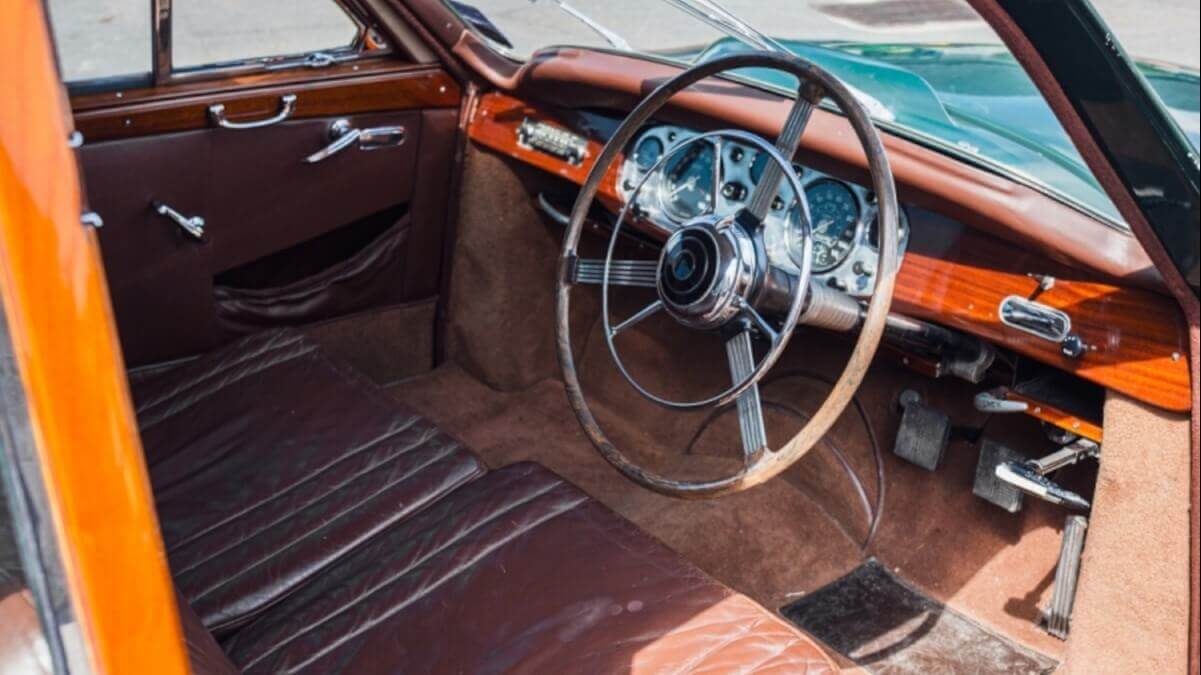 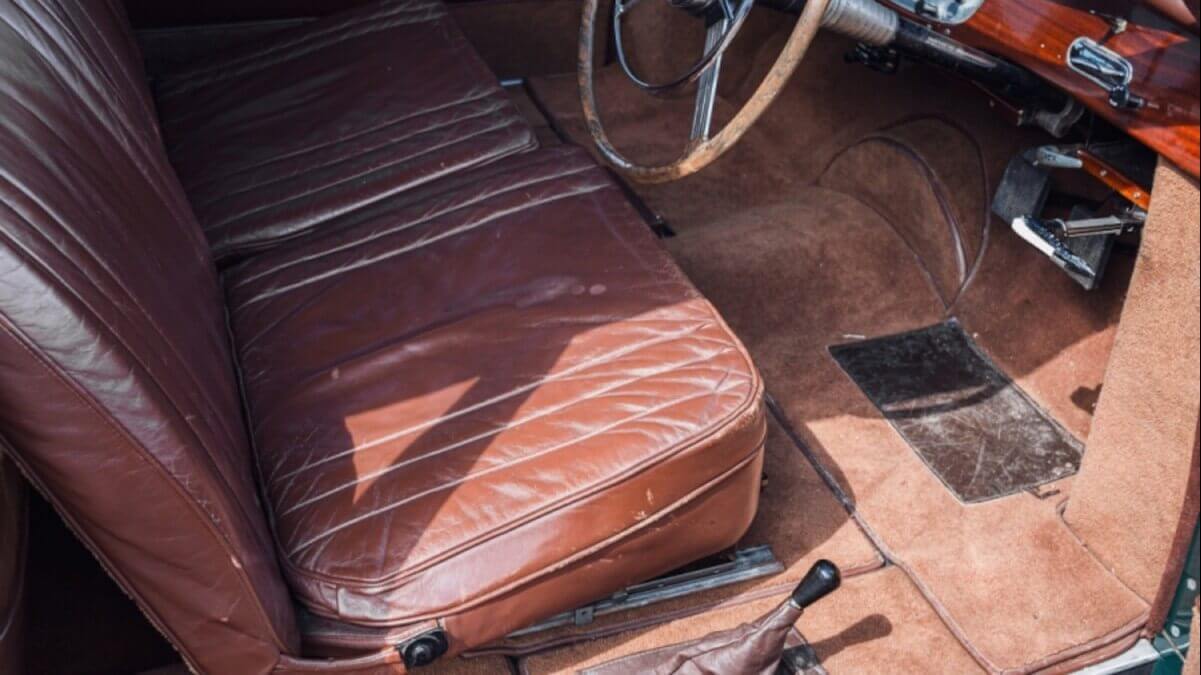 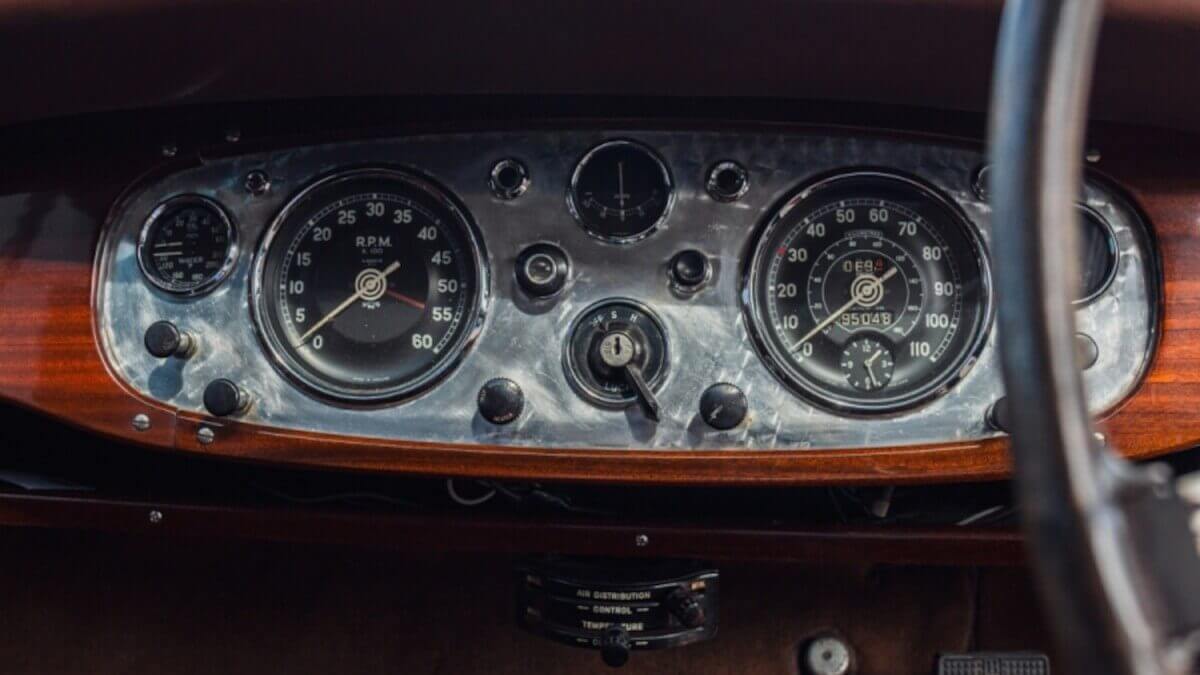 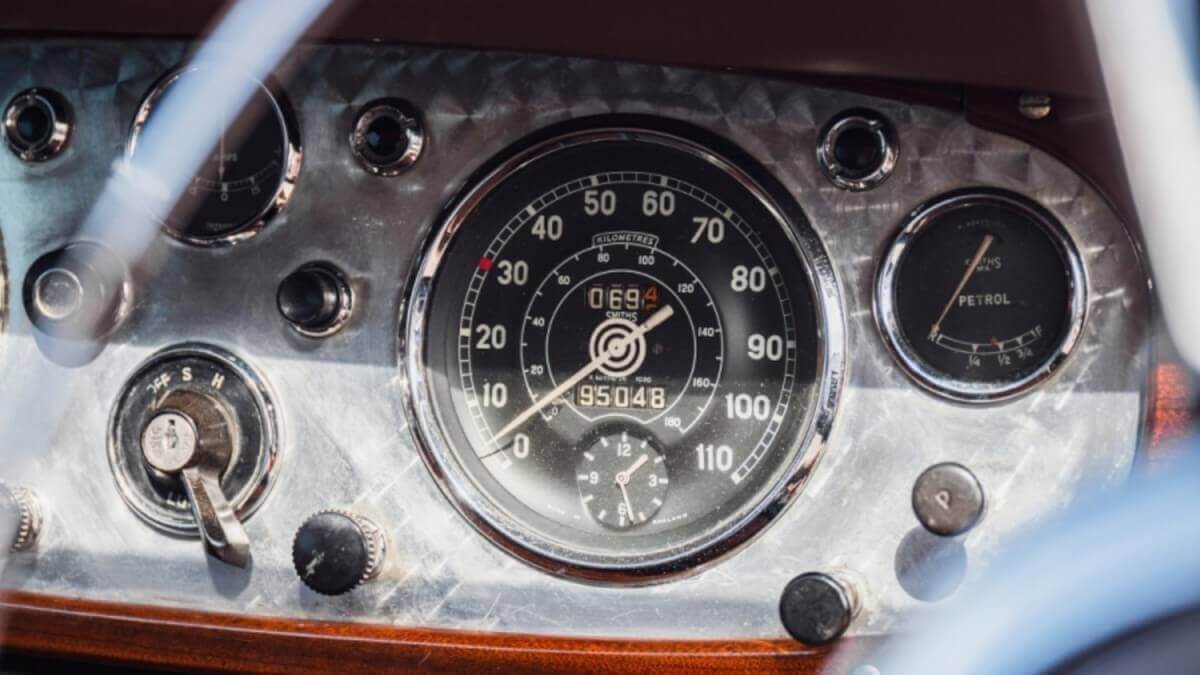 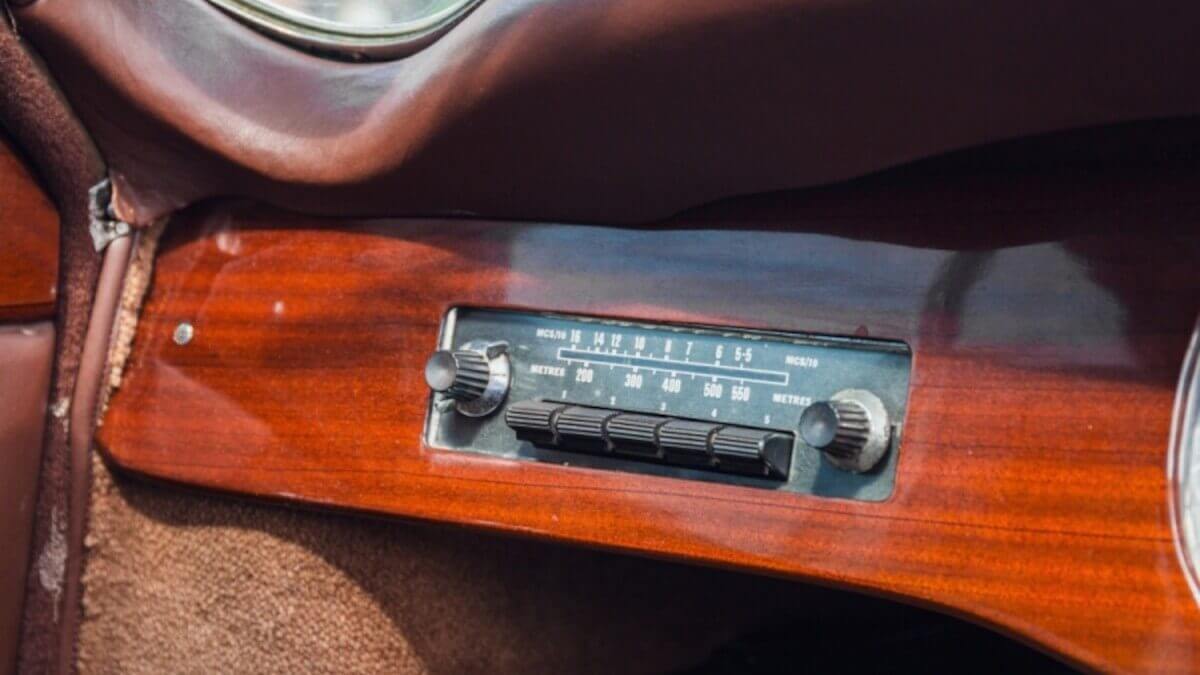 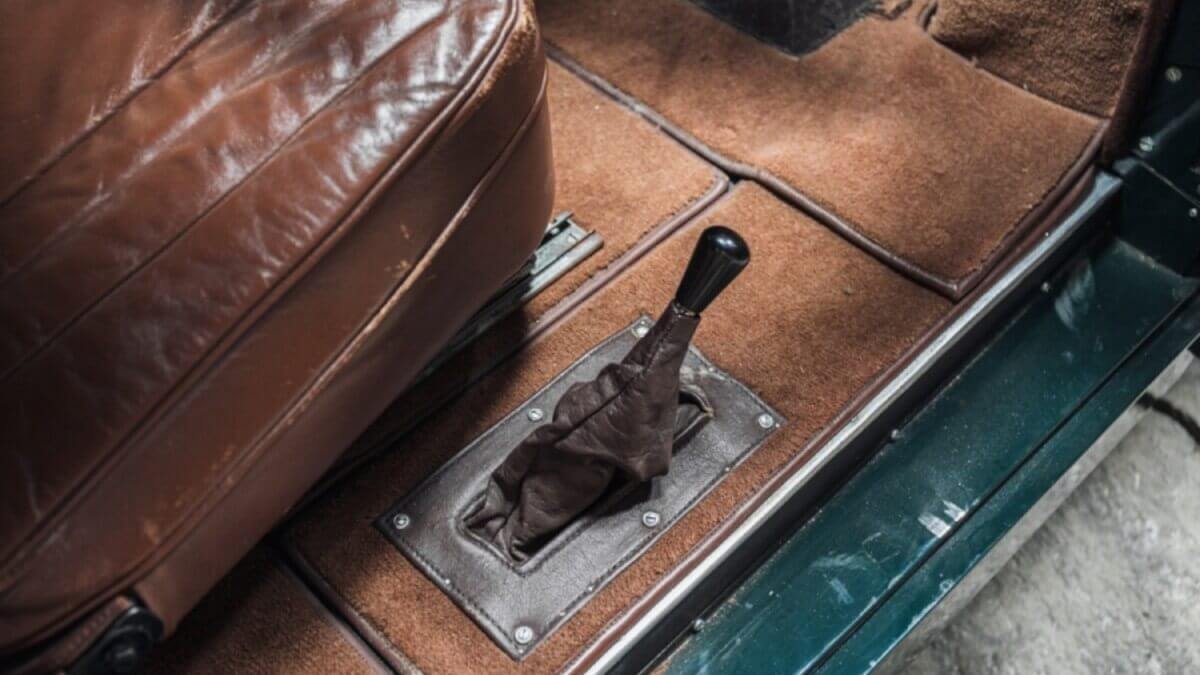 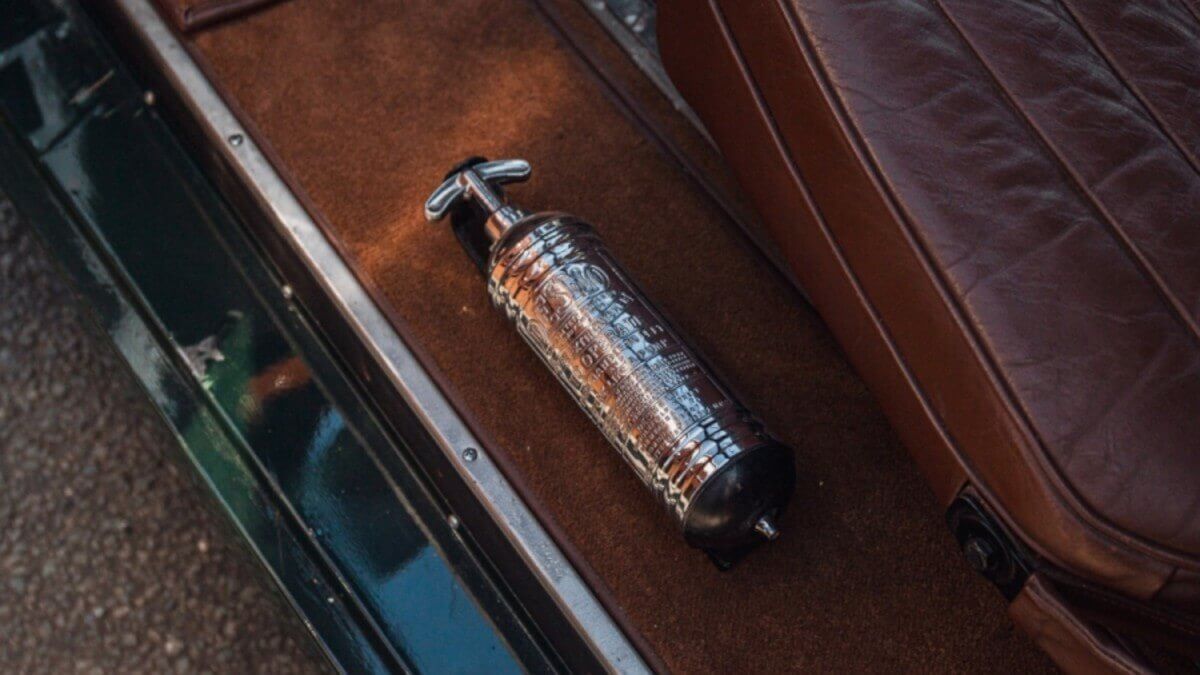 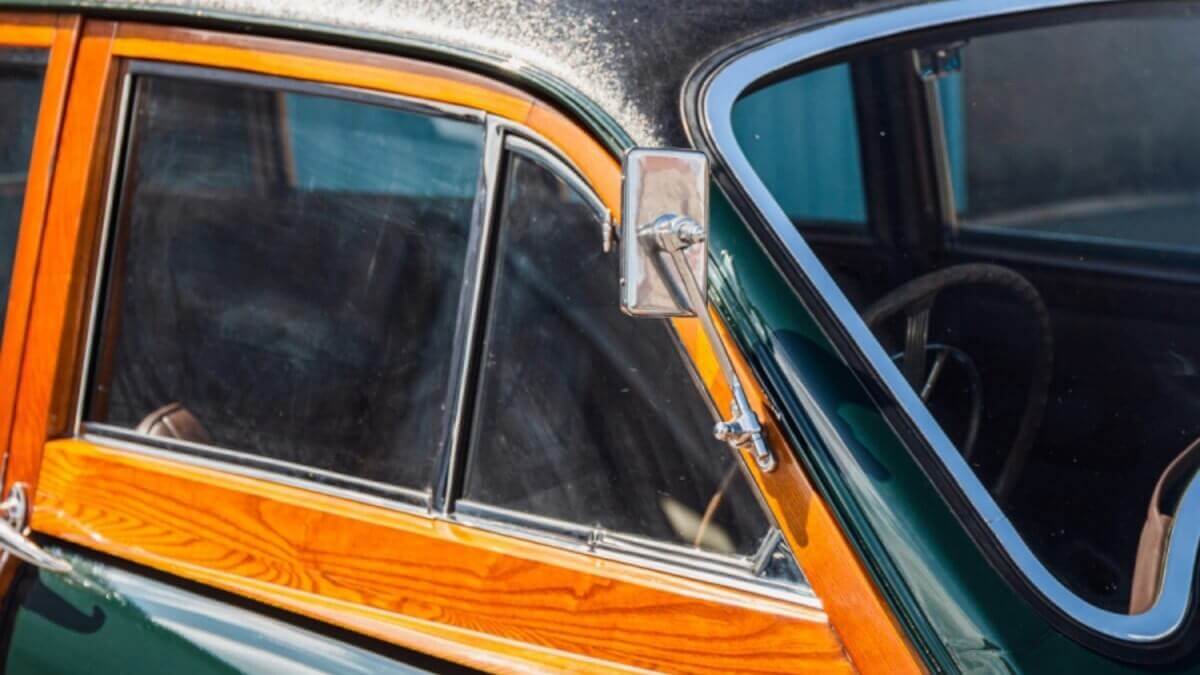 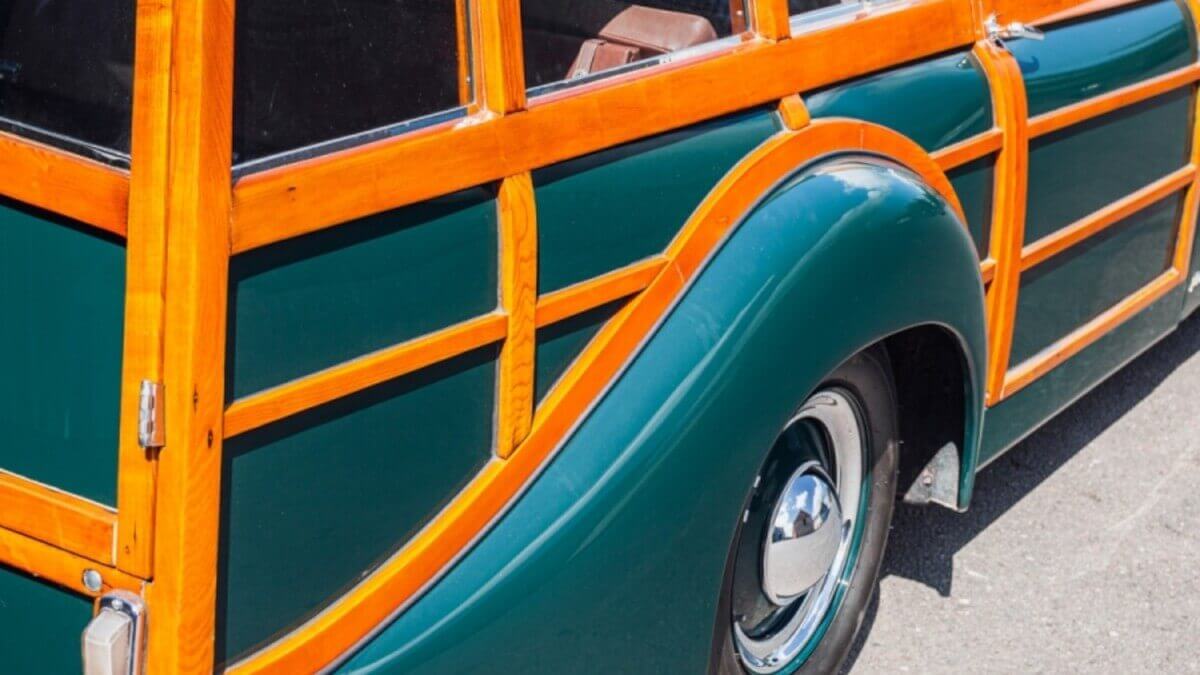 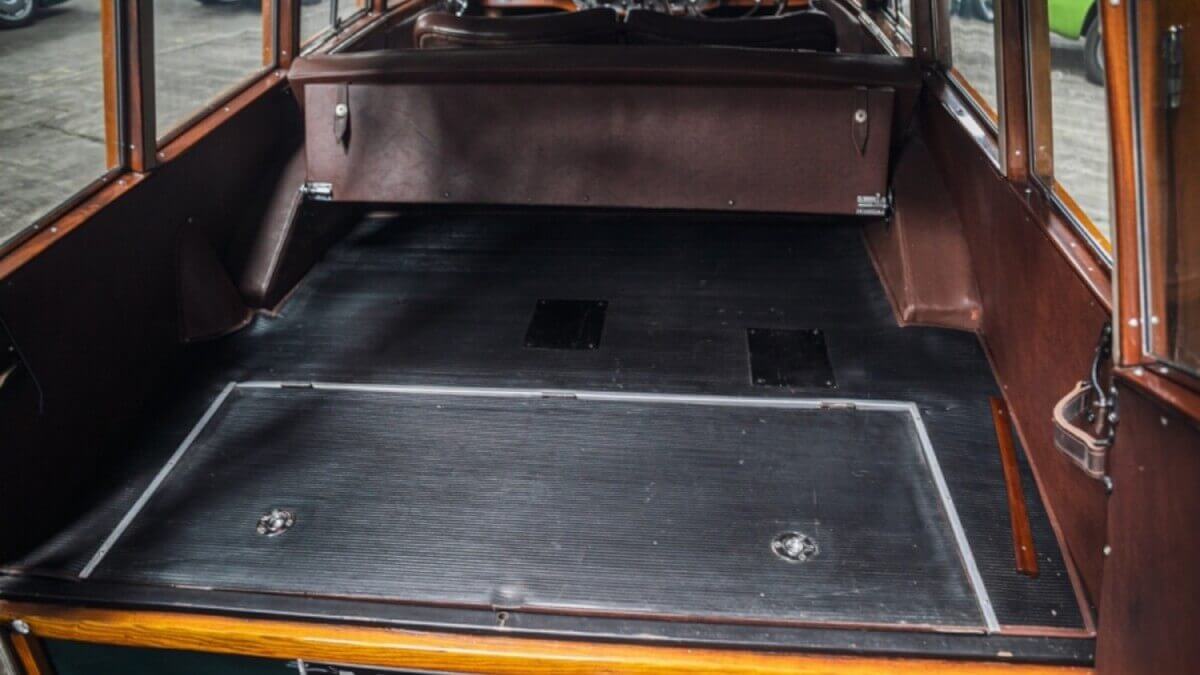 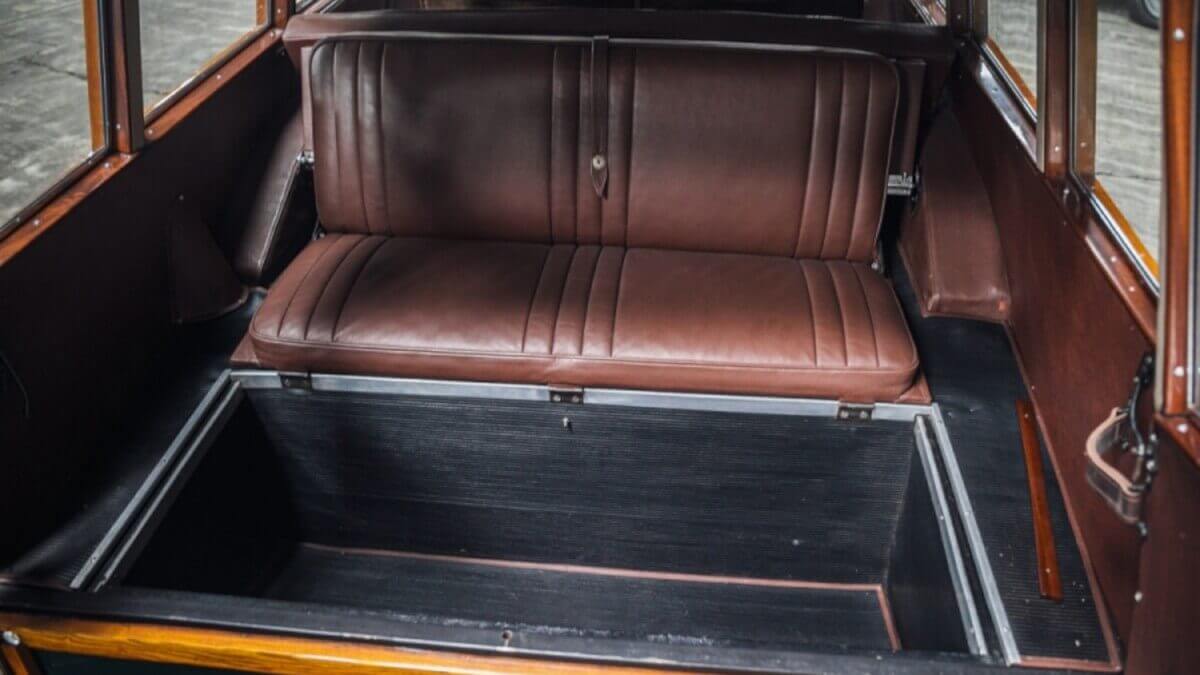 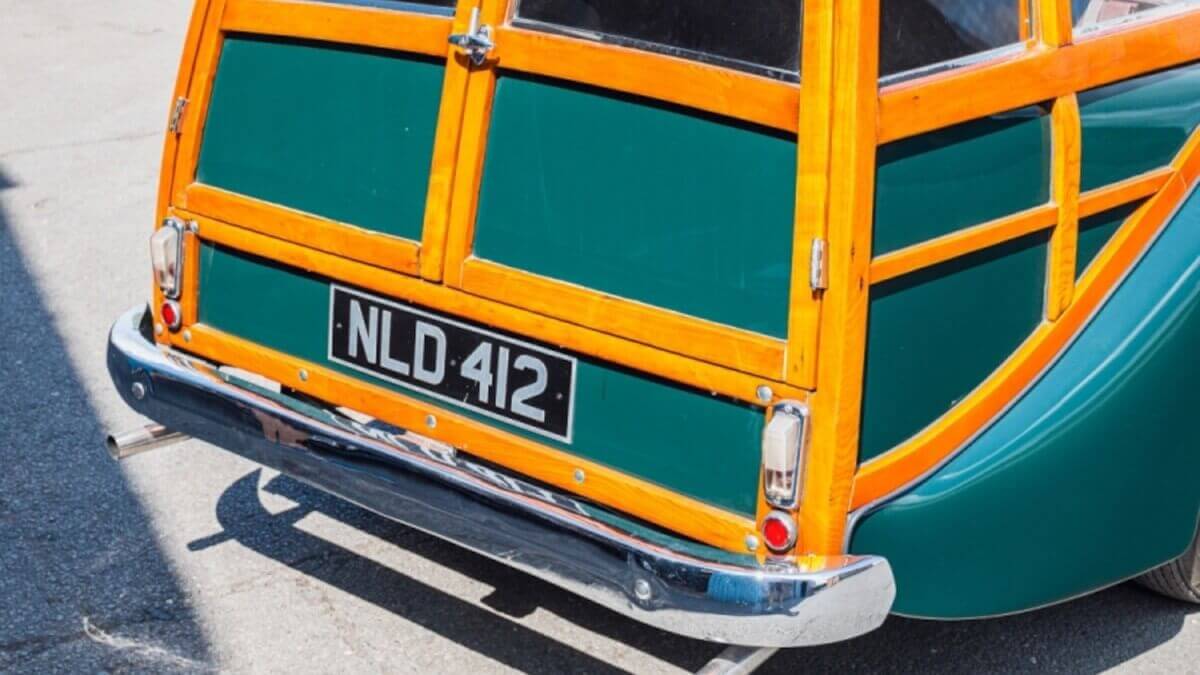 However, Allard’s involvement in motorsports only brought him some sales success with the models J2 and J2X, but he couldn’t extend it to the rest of the model range. For example, only eleven units of the P2 were produced in five years. For the 1953 model year, Allard introduced the body variant Safari in the summer of 1952, a two-door station wagon in shooting brake style with five seats. Like the sedan, it was powered by the 3.6-liter V8 engine from the Ford Pilot with around 85 hp. A 5.4-liter V8 engine from Cadillac was available as an alternative on special request. With the same wheelbase of 2,845 millimeters, this car offered significantly more storage space thanks to 152 millimeters more length at the rear compared to the sedan. As with many station wagons of the time, the structural wooden frame was made visible from the outside and the aluminium panelling was placed underneath. In the USA these vehicles were affectionately known as ‘Woodies’. Despite the attractive appearance, Allard was only able to sell ten of these cars until mid-1953, four of which are still known today. One of them with the rare Cadillac engine is now available at Silverstone Auctions to find a new owner via an online auction on 31 July. The estimate is expected to be between £ 45,000 and £ 55,000.

Due to the rather low sales figures of the large models, Allard turned to the booming market of microcars from 1953 and launched the Clipper. However, after only about 20 units, the project was dropped due to lack of demand and instead the company concentrated on the Palm Beach presented in 1952 until production ended in 1959. This two-seater roadster with either 1.5 or 2.6 liter Ford engine couldn’t convince customers despite its quite modern appearance and probably sold only 44 times. Until 1966 the company still sold spare parts for the existing customer vehicles, then the original chapter of Allard closed with the death of the company founder. Since then there have been various attempts to revive the brand, of which only the Allard Motor Works LLC in Montreal, Canada, still exists today, where a modernized version of the J2X is being built.