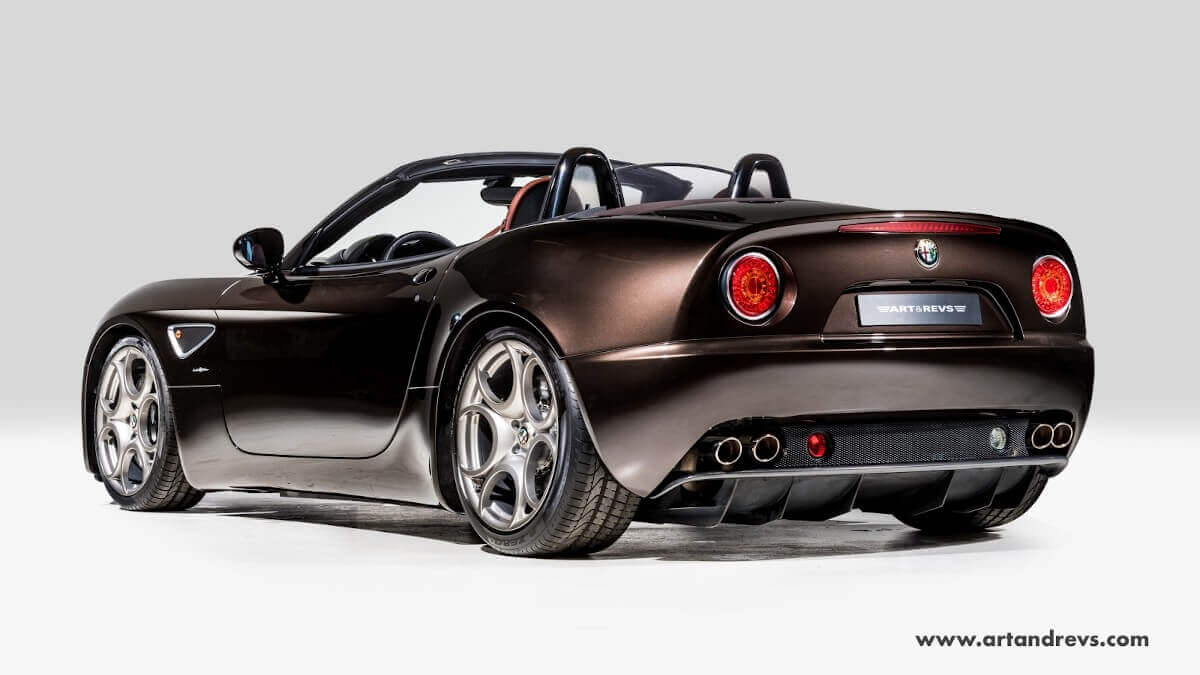 In the pre-war years, Alfa Romeo was well-known for powerful sports cars that were used successfully in motorsport worldwide. With numerous variants of the 6C and the later 8C offshoots, they also established a good reputation among private sports car drivers. After World War 2, this programme was continued with cars like the Tipo 33. However, the general model portfolio was shifted downwards into the mass market, which meant that for several decades street sports cars weren’t part of the portfolio – apart from the legendary Montreal. After difficult times, which had led to the sale of the brand to the Fiat group in 1986 and subsequently in front-wheel drive vehicles with Fiat platforms, Alfa Romeo presented a sports car study called 8C Competizione at the IAA 2003, which came as a complete surprise to many observers.

The styling of this two-seater coupé, which was designed in the company’s own Centro Stile by the then head of design Wolfgang Egger, were strongly based on the 33 Stradale and the TZ from the 1960s. Beautiful curves, headlights hidden behind clear glass covers and round taillights immediately appealed to many sports car fans, who approached the stand personnel with order requests. However, the 8C was in fact originally only regarded as a pure concept car with no chance of series production. Worldwide interest didn’t stop after the motor show and finally led to the decision within the management boards of Fiat and Alfa Romeo to bring the sports car into small series production. For this purpose, development aid from the group brands Maserati and Ferrari was used. The production car presented in 2007 used the shortened platform of the Maserati Coupé and the 4.7-liter naturally aspirated V8 engine from the successor model GranTurismo. Compared to the concept car, the body was slightly enlarged and made of carbon fiber. Production of the car took place at the Maserati plant in Modena, while the engines were produced at Ferrari in Maranello. 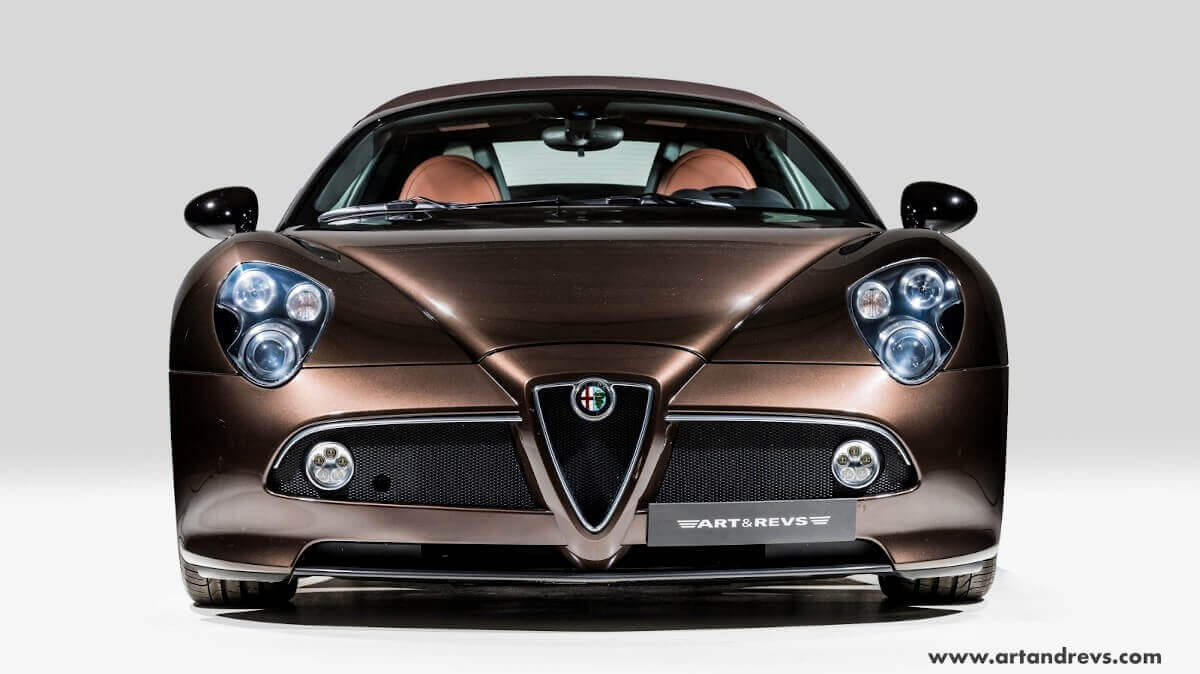 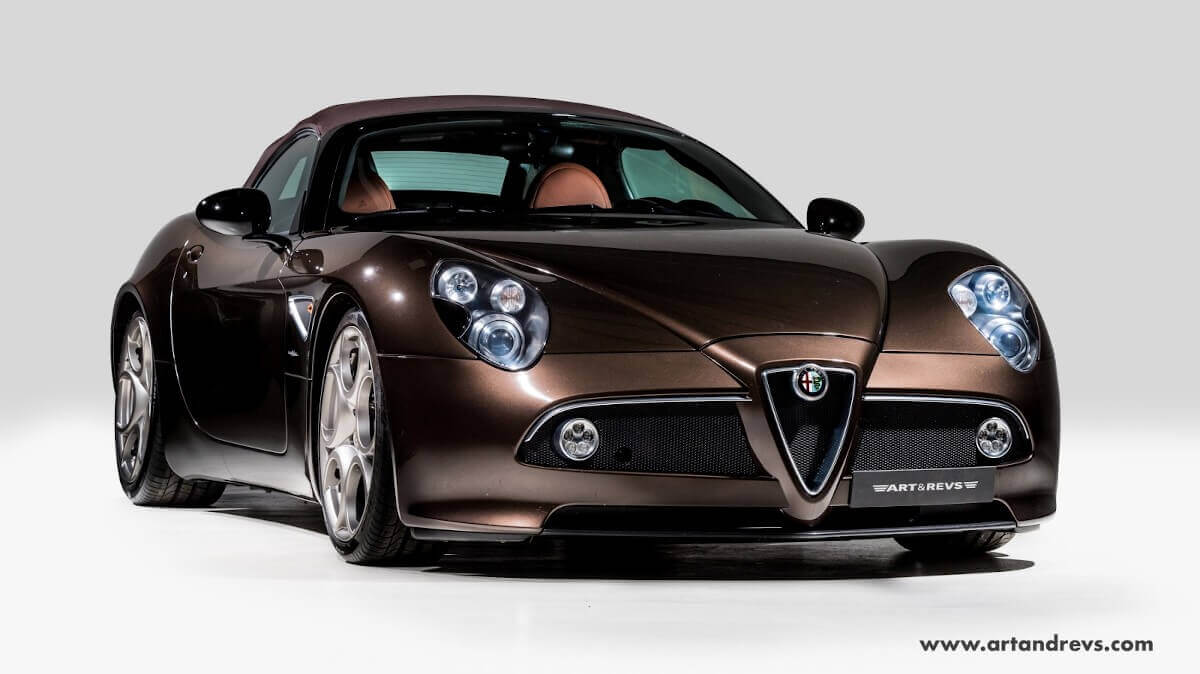 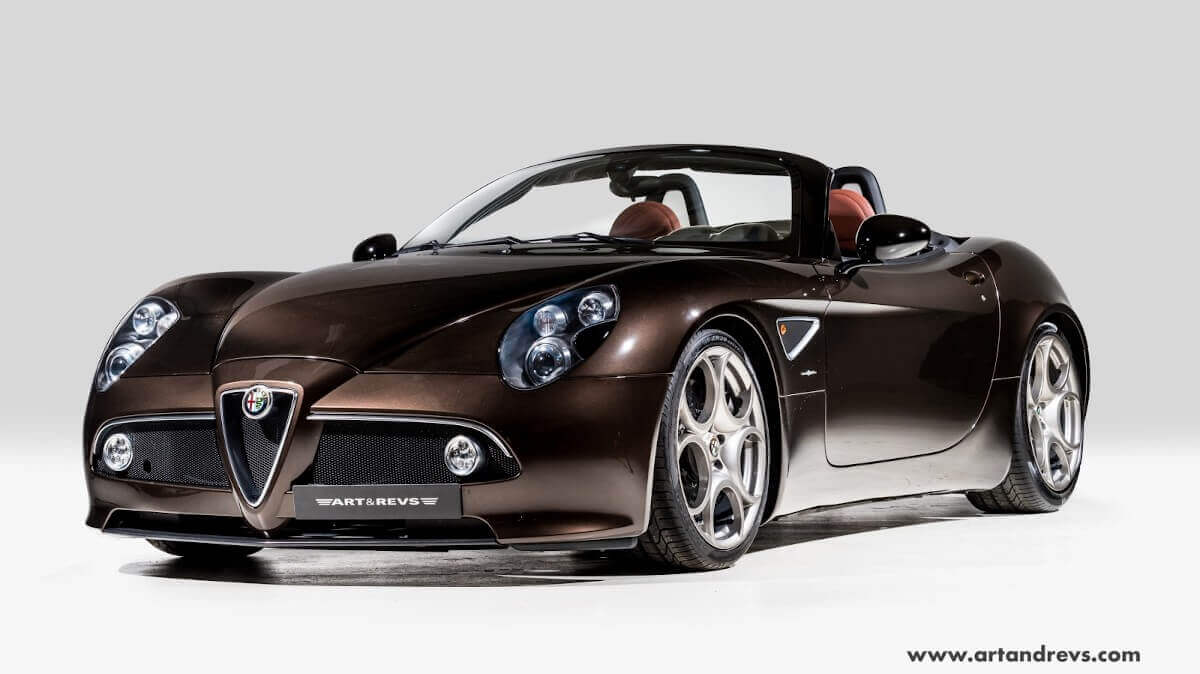 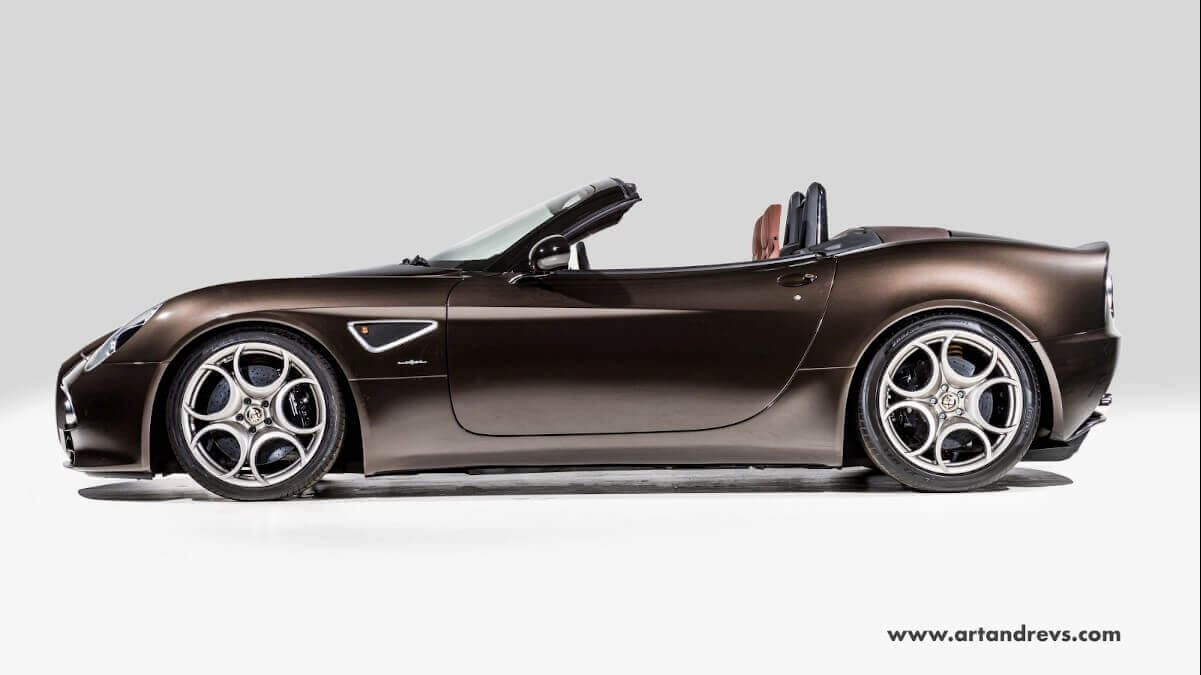 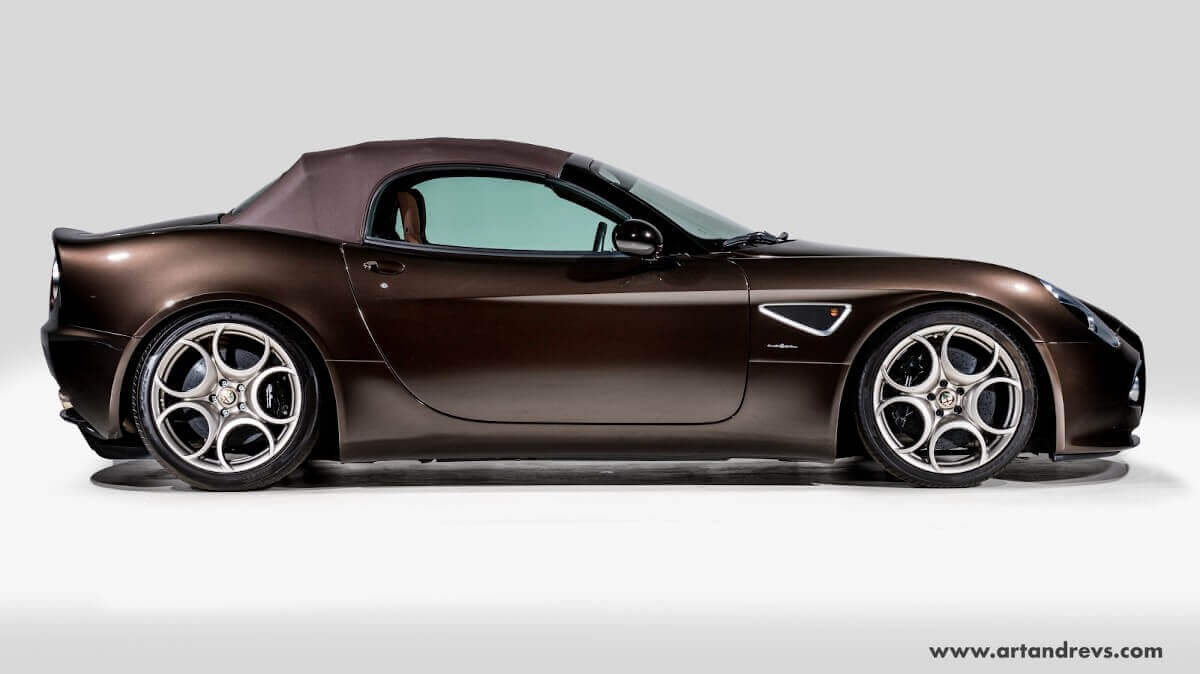 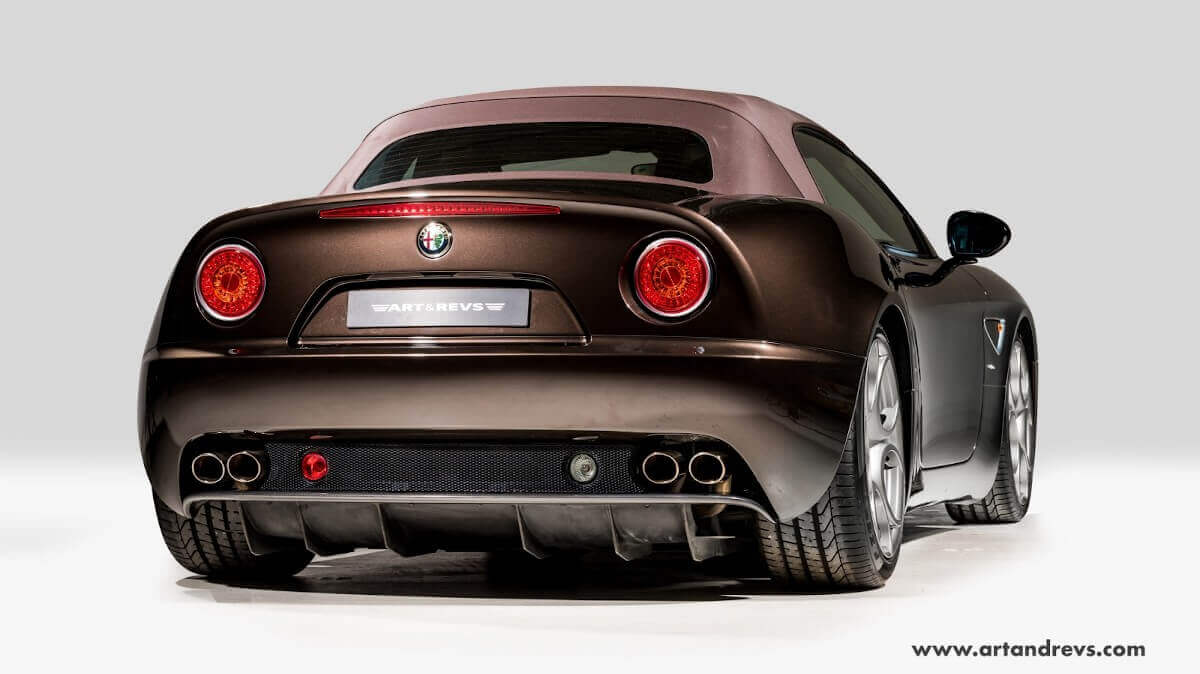 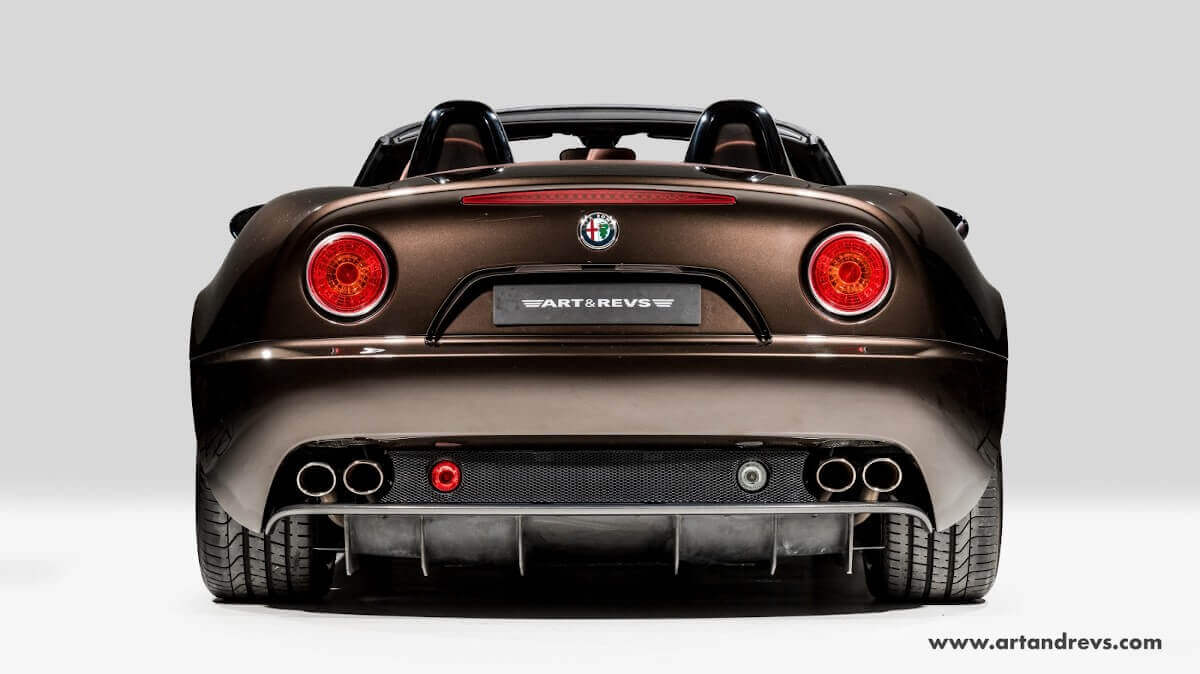 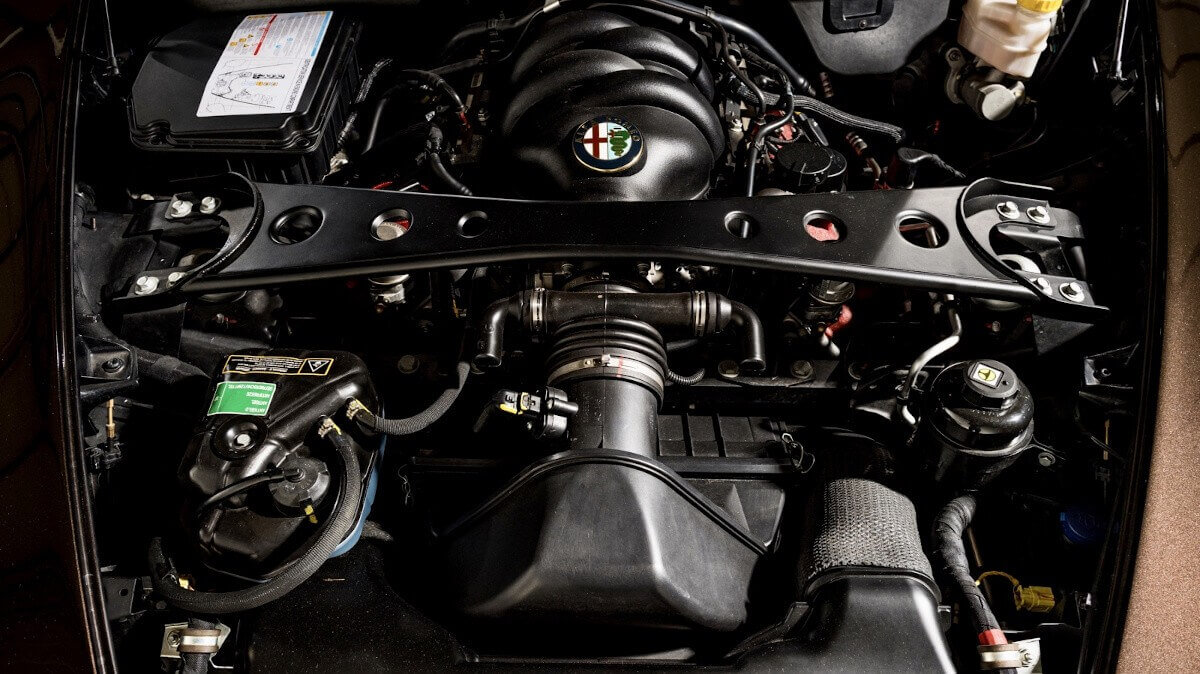 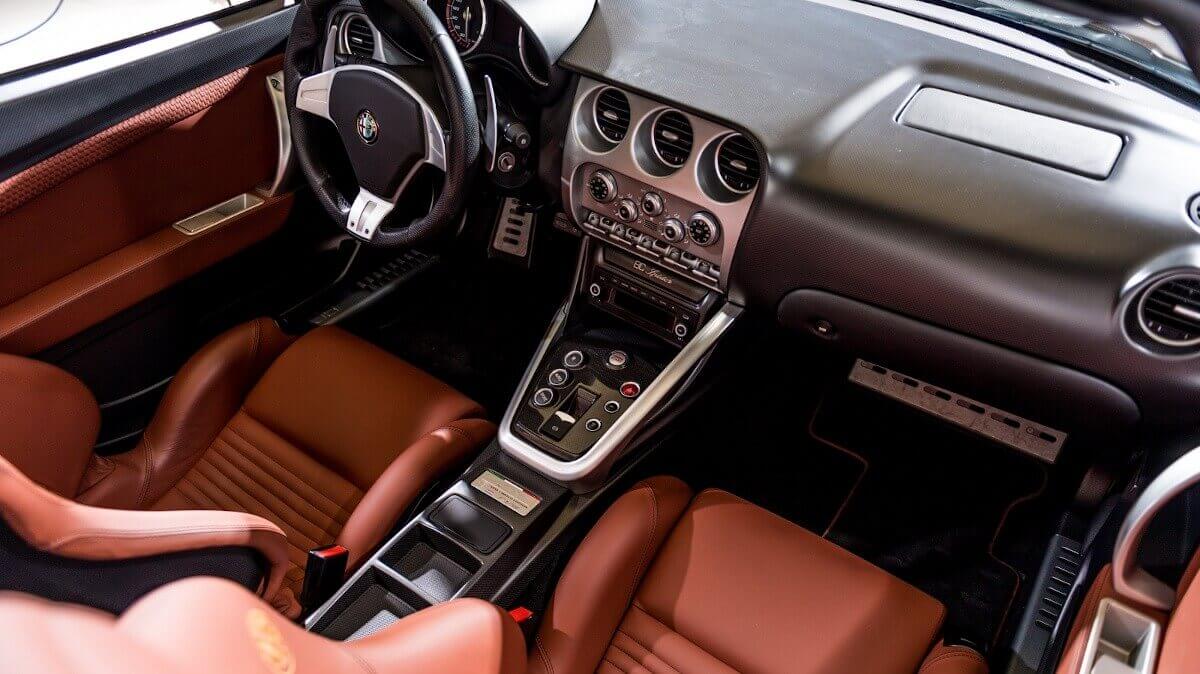 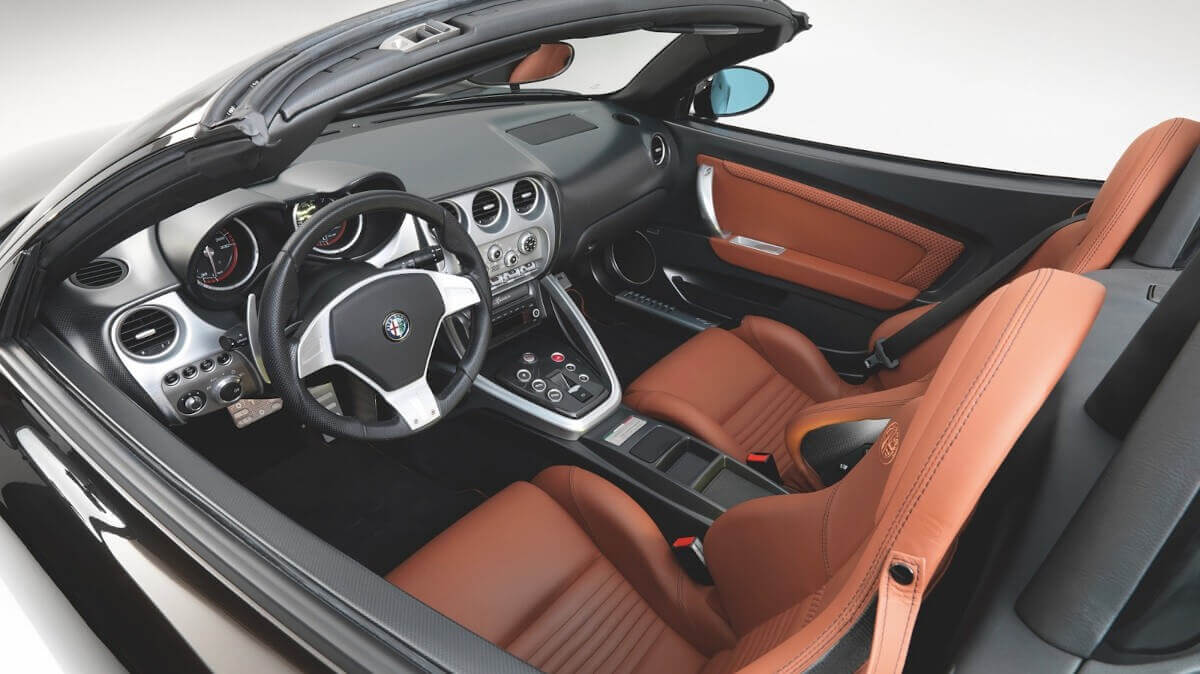 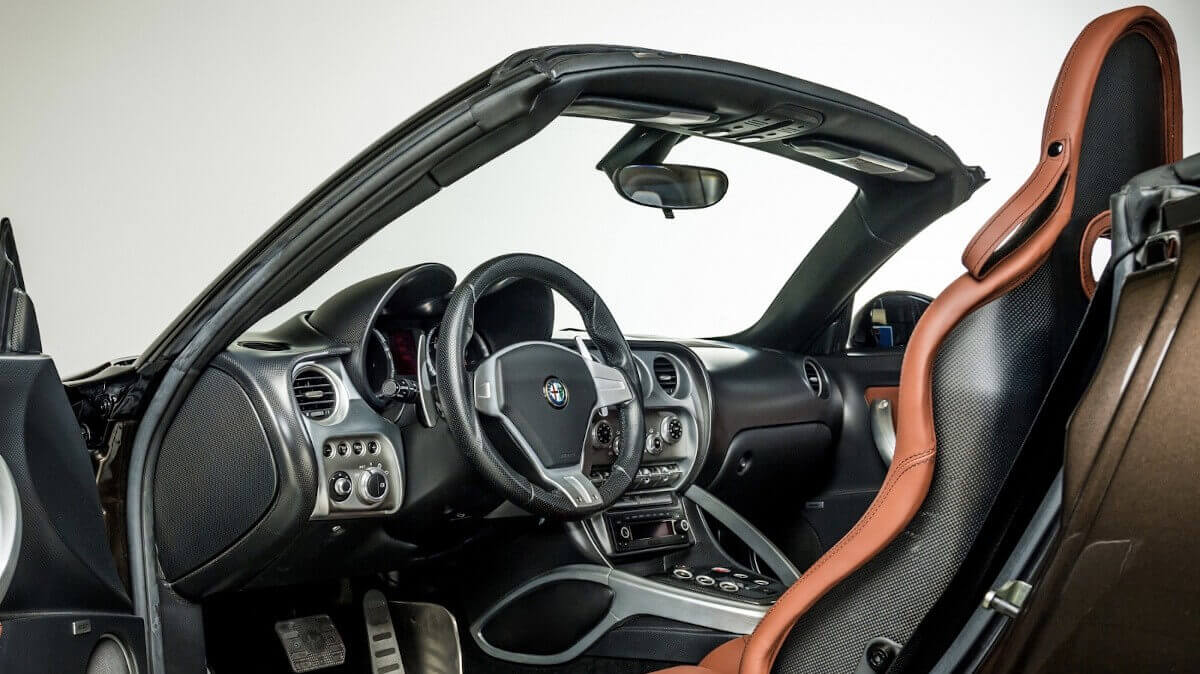 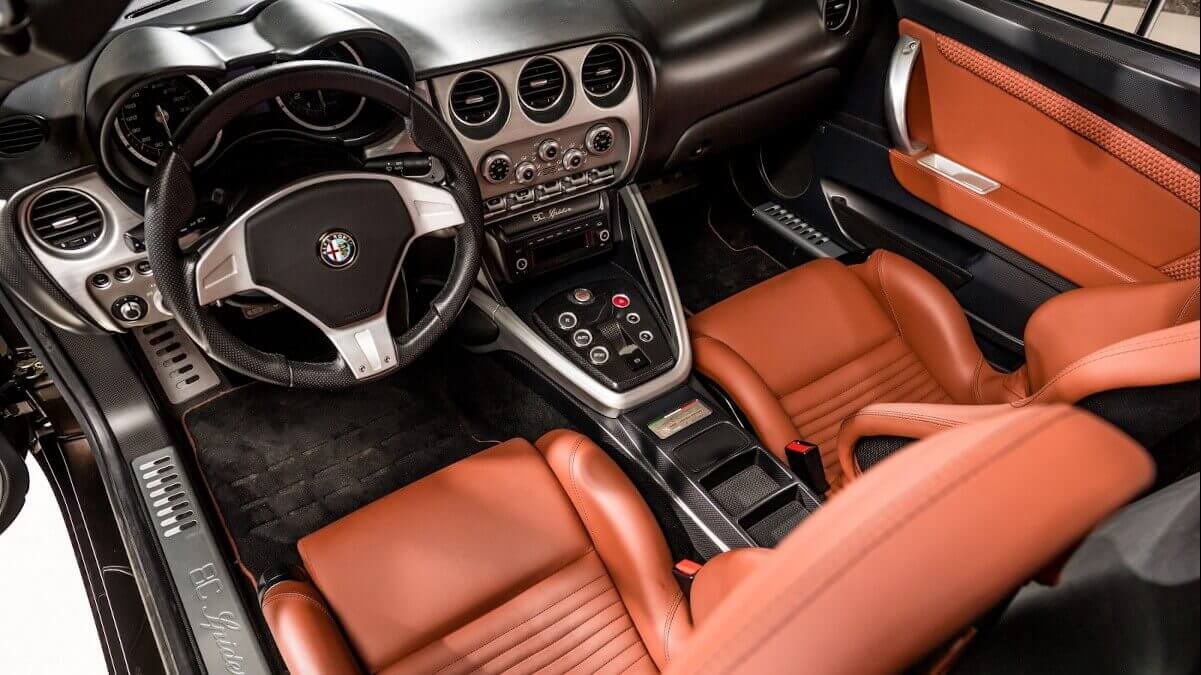 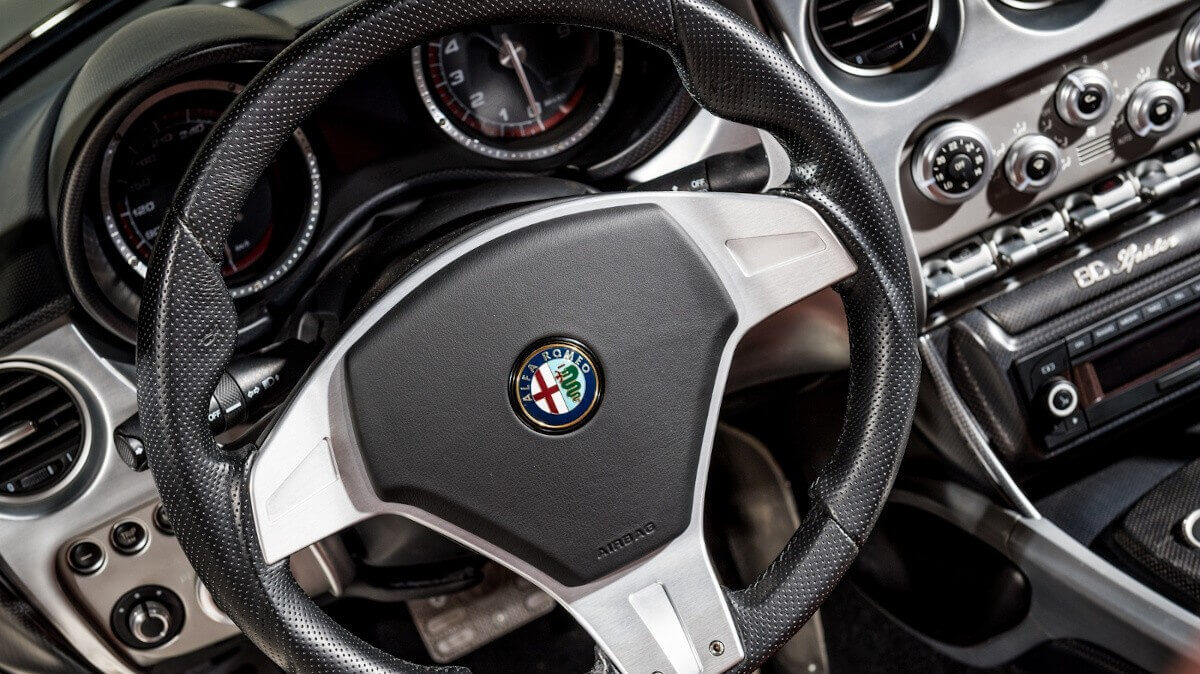 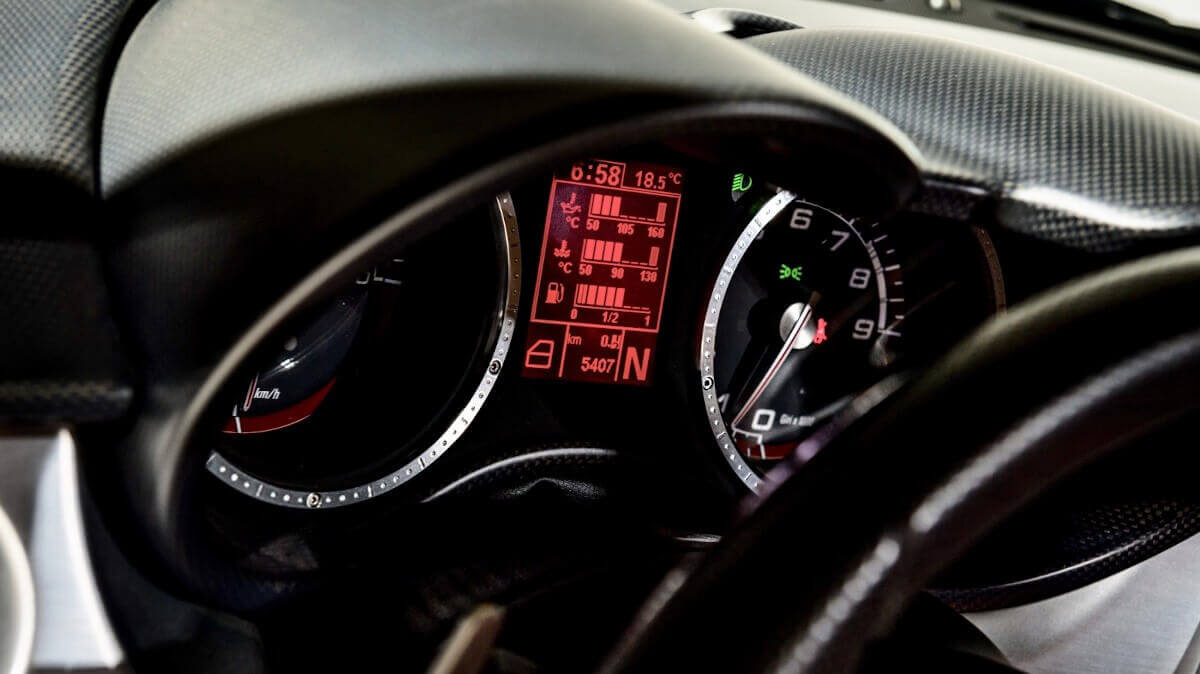 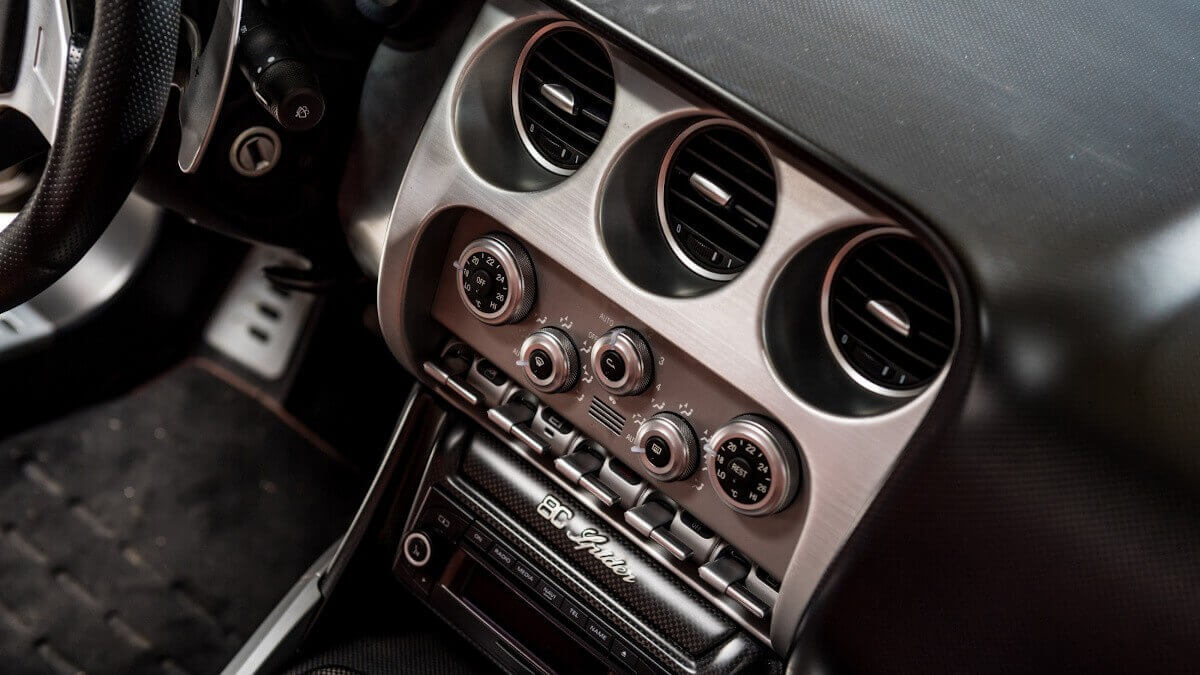 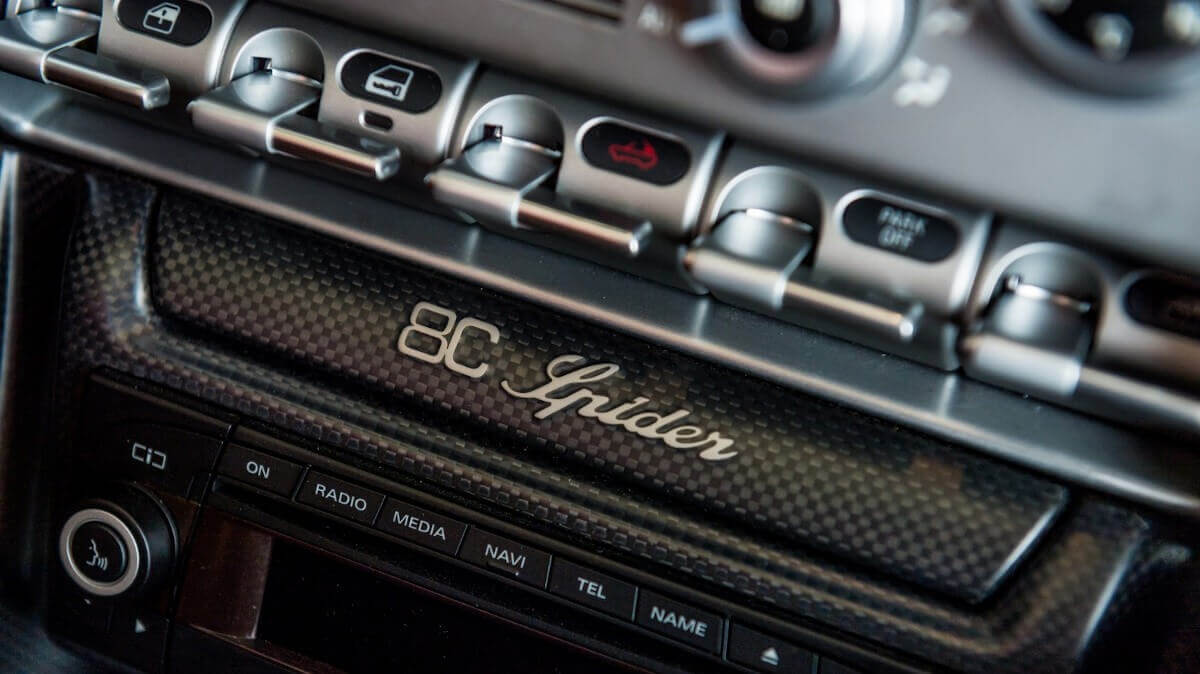 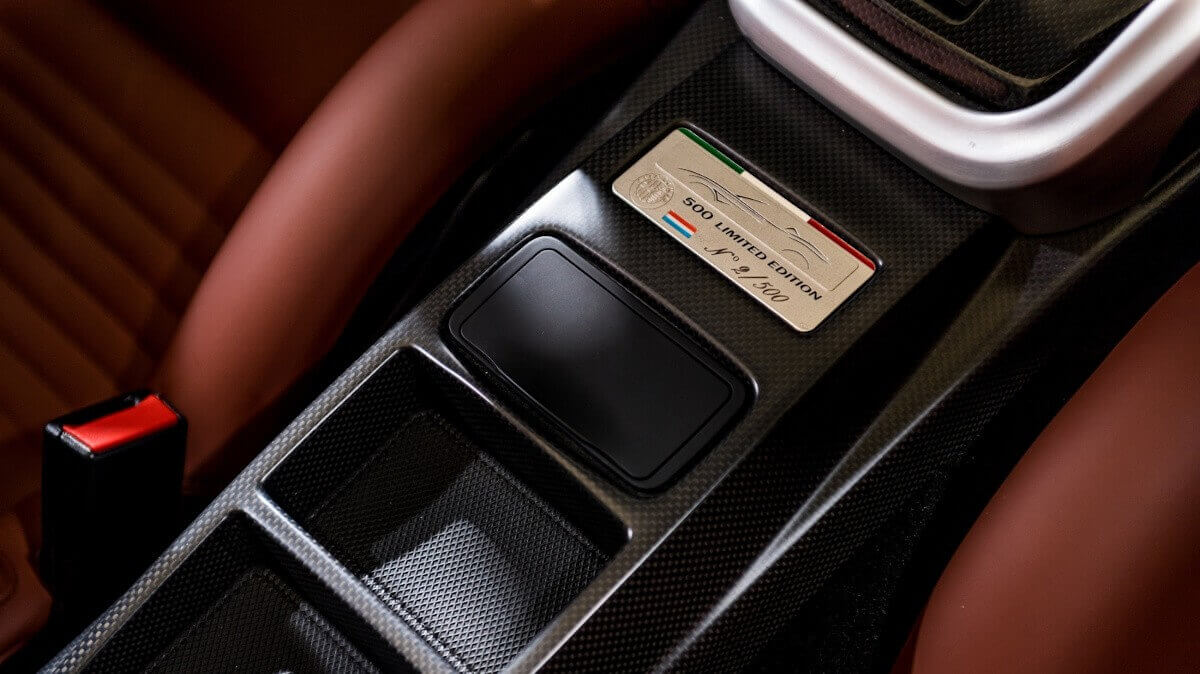 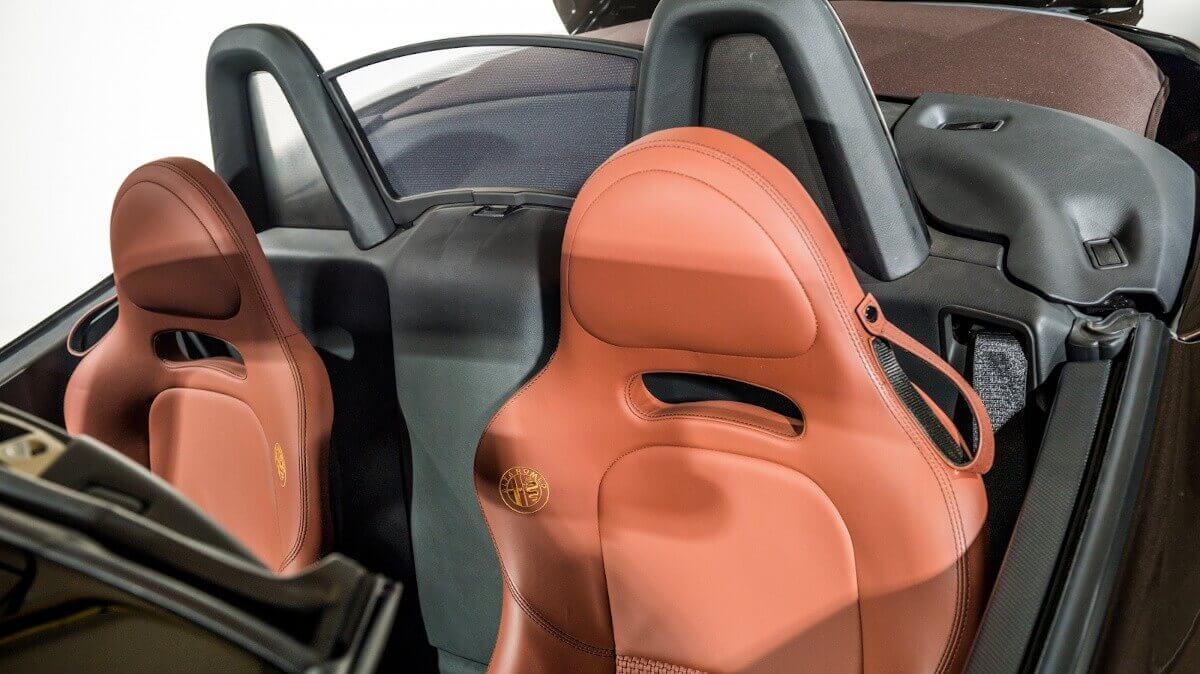 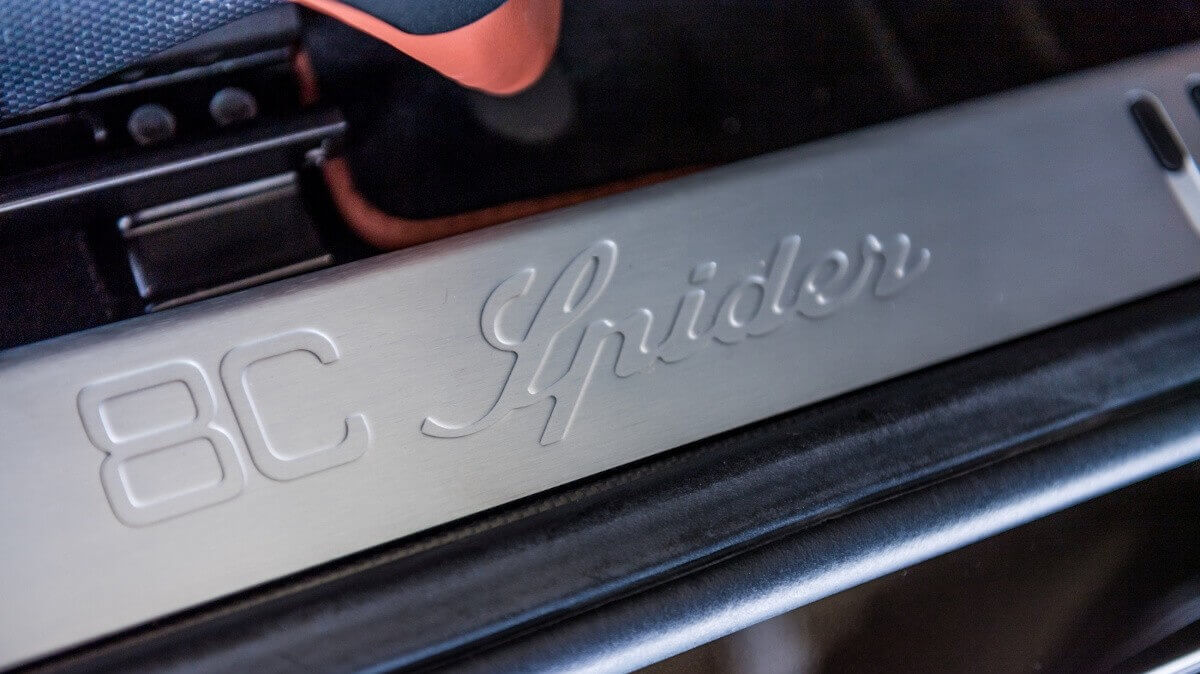 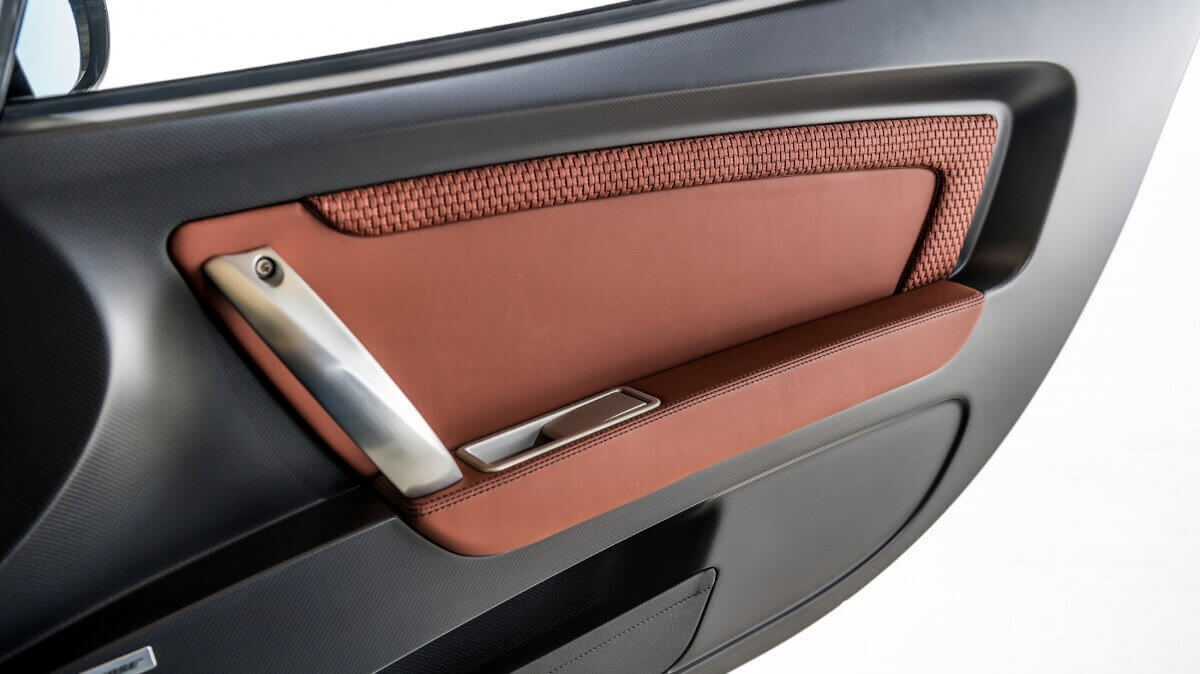 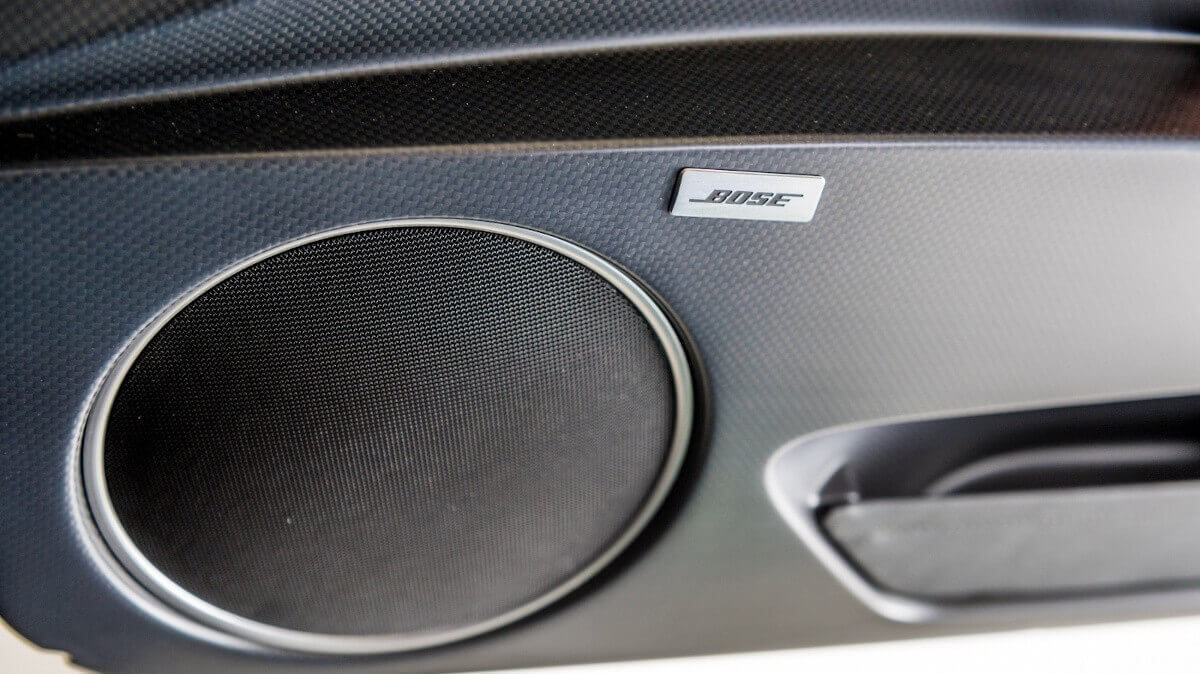 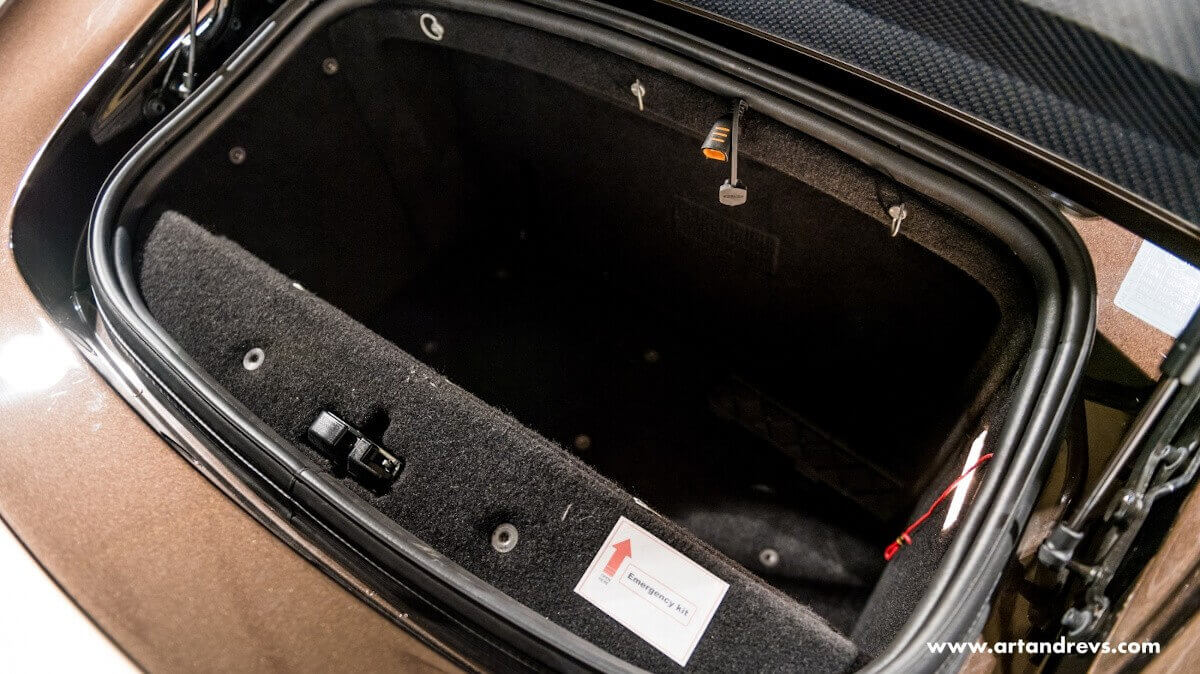 While passengers can enter the interior comfortably through two large doors and enjoy long travels from the two sports seats, there is little space left for the necessary luggage for a weekend trip. The hinged rear window provides access to a narrow luggage compartment and there is also minimal storage space behind the seats. However, Alfa Romeo also offered a perfectly tailored luggage set for the 8C Competizione matching to the leather color of the seats. The six gears of the transmission can be shifted using paddles behind the steering wheel. This automated manual gearbox was a major point of criticism of the 8C throughout its life due to its relatively long shift times, together with the unbalanced sports suspension.

Alfa Romeo already had a Spider version of the 8C shown as an additional concept car at the 2005 Pebble Beach Concours d’Elegance. This version was also very popular and therefore went into small series production from February 2008. Both the Coupé and the Spider were limited to 500 units each, which was indicated on a metal badge in the interior. If requested by the respective customer, this also bore the exact limitation number. In addition to the standard paint finishes Rosso Alfa, Rosso Competizione, Giallo Racing and Nero Oceano for the Coupé and additionally Bianco Madreperla, Grigio Magnesio and Blu Celeste fpr the Spider, interested customers could also order paint to sample colors for an additional charge. Such a car with a special paint job in the Porsche color Macadamia Brown metallic is currently for sale in Luxembourg at the sports car dealer Art & Revs. It comes from first ownership and has a mileage of only 5,400 kilometers. Interested parties can find out the price on request directly from the dealer.