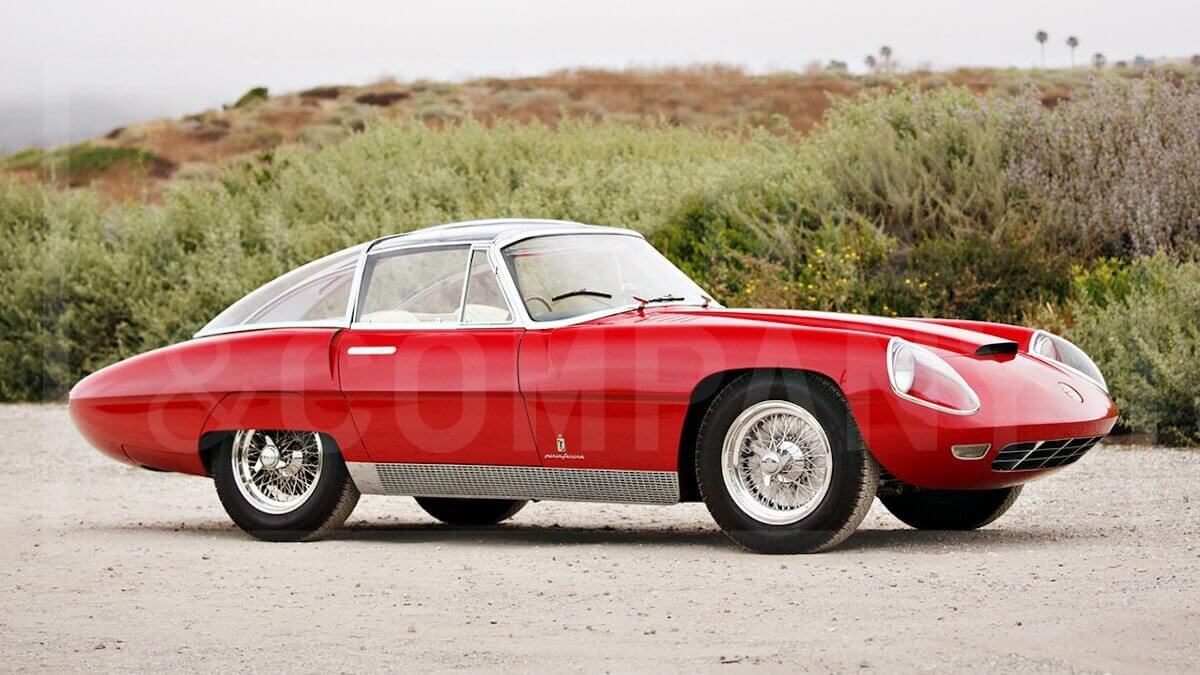 Normally, concept cars are created for one or maybe a few motor shows and then disappear into dark warehouses or are even scrapped. In addition, these vehicles are rarely really drivable, as they have only one main purpose: to look good. So it is rare for a fully roadworthy concept car to fall into the hands of a private individual. If it is also a vehicle that is often mentioned both in the history of the design house responsible for its creation as well as in the brand history of the base car, and if it is also frequently shown in the relevant literature, then the automotive lottery jackpot has been purchased. This is about what happened to Aaron Mosko with his Italian Motors car dealership in Denver, Colorado, in 1960. But the history of this special car began as early as 1953 in Milan at Alfa Romeo.

After World War 2, the Italian car brand resumed production of the 6C with the 2500 Competizione in order to build on the racing successes of the pre-war period. On this basis the unique 6C 3000 was created, which was internally further developed into a new racing sports car of superlatives by Giuseppe Busso. As a result, the new Alfa Romeo 6C 3000 CM made its debut at the Mille Miglia 1953. The abbreviation CM stood for ‘Competizione Maggiorata’ and thus referred to the purpose of the car in competition as well as to the increased displacement. But not only the inline six-cylinder engine received various modifications, also the chassis was revised. It received a unique backbone design and tube-frame construction, which carried the body. In front double wishbones were used, in the back a De Dion axle. The large aluminium drum brakes were mounted in the middle of the rear axle to reduce the unsprung masses. Although the designation of the car indicates three liters of displacement, there were even 3.5 liters of combustion chamber volume under the hood, from which the Alfa technicians got 275 hp. Those were released to the rear wheels via a five-speed manual gearbox and a differential at the rear axle. Carrozzeria Colli in the vicinity of Alfa Romeo produced both Berlinetta and Spider bodies for various racing events. Despite some racing successes Alfa Romeo withdrew from motorsport at the end of 1953 and thus ended the racing program for the 6C 3000 CM abruptly. The car with chassis number 0125 was sold to the racing driver Jo Bonnier and received a new body by Zagato, chassis 0126 was sold to the president of Argentina, Juan Peron, with a new Boano body. While chassis 0127 still belongs to the factory collection of Alfa Romeo and is shown in their museum, 0128 was given to the Carrozzeria Pinin Farina. 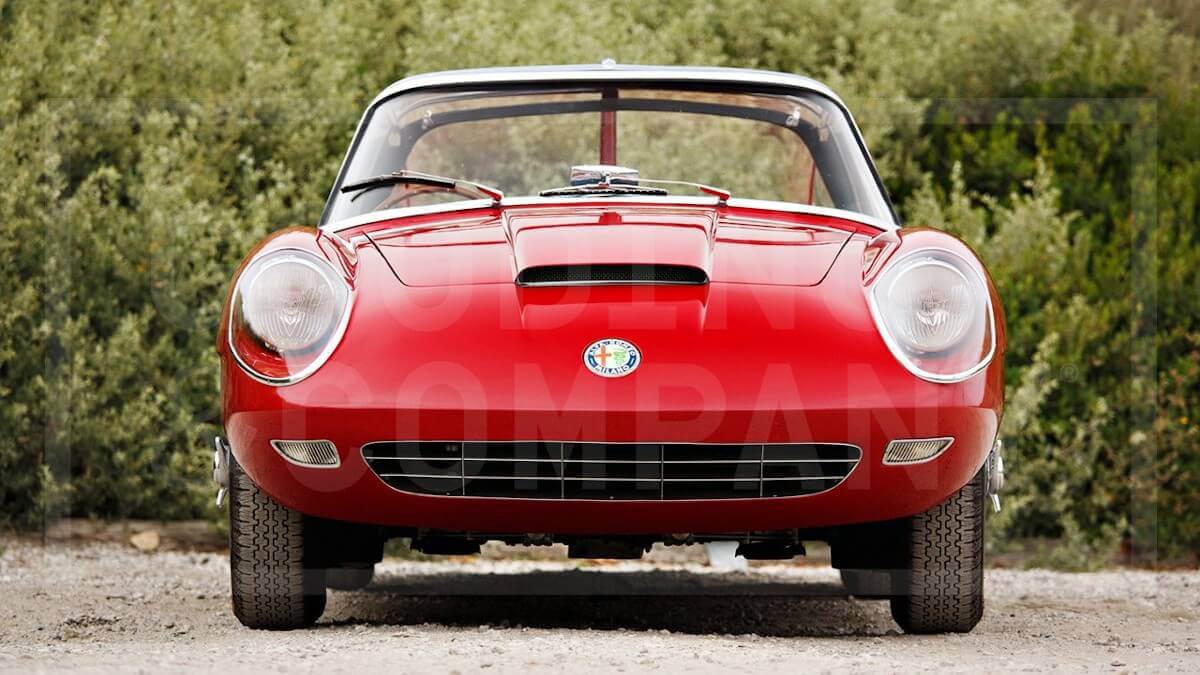 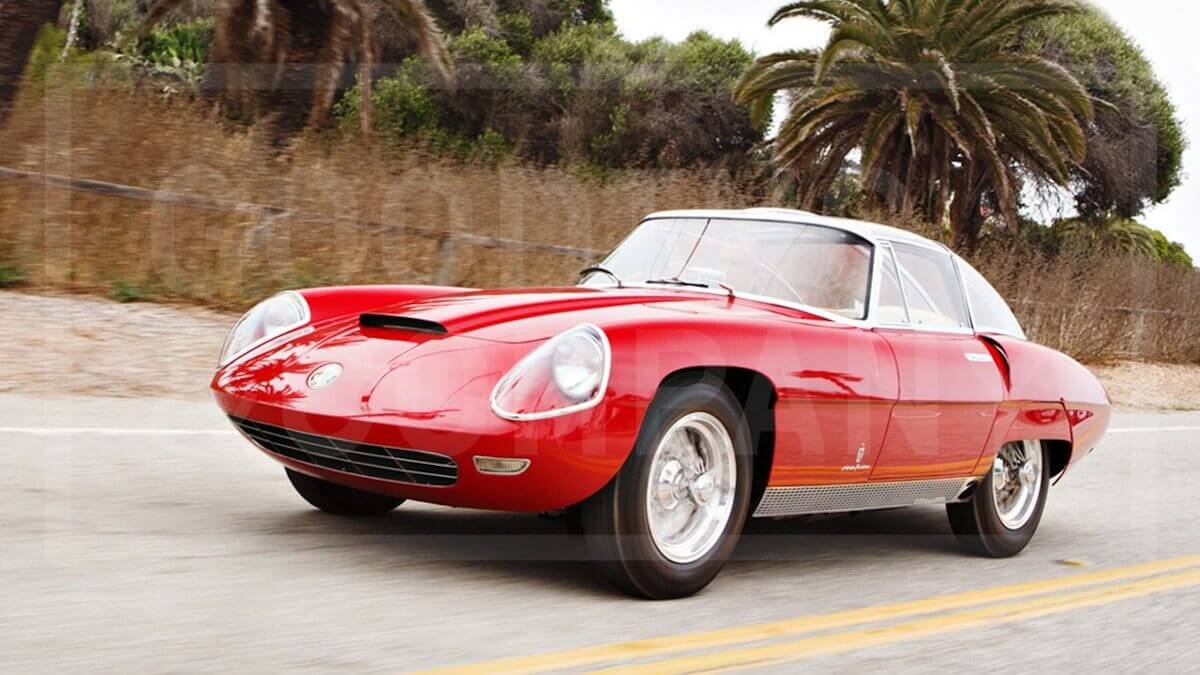 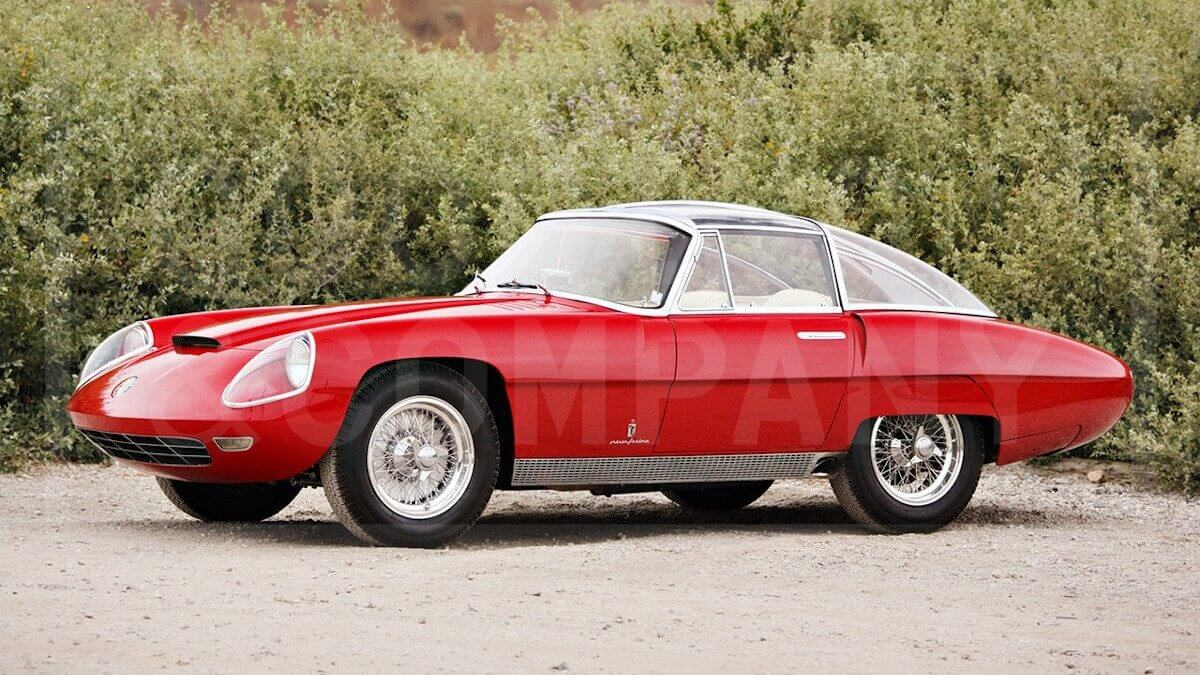 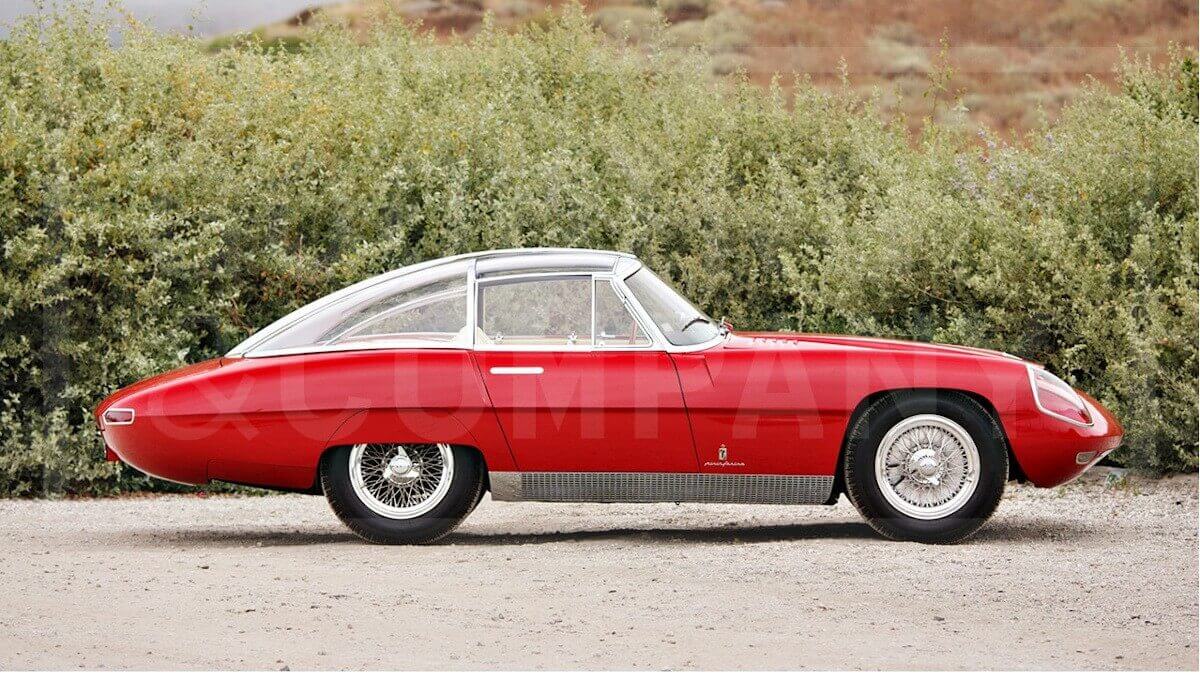 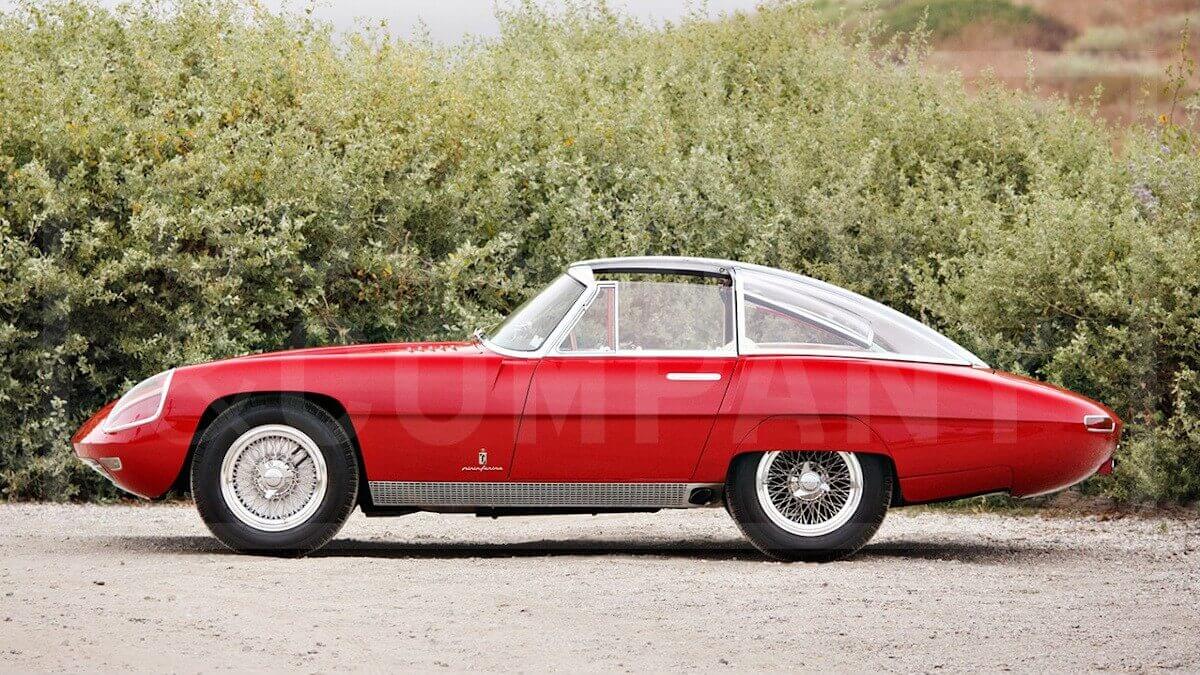 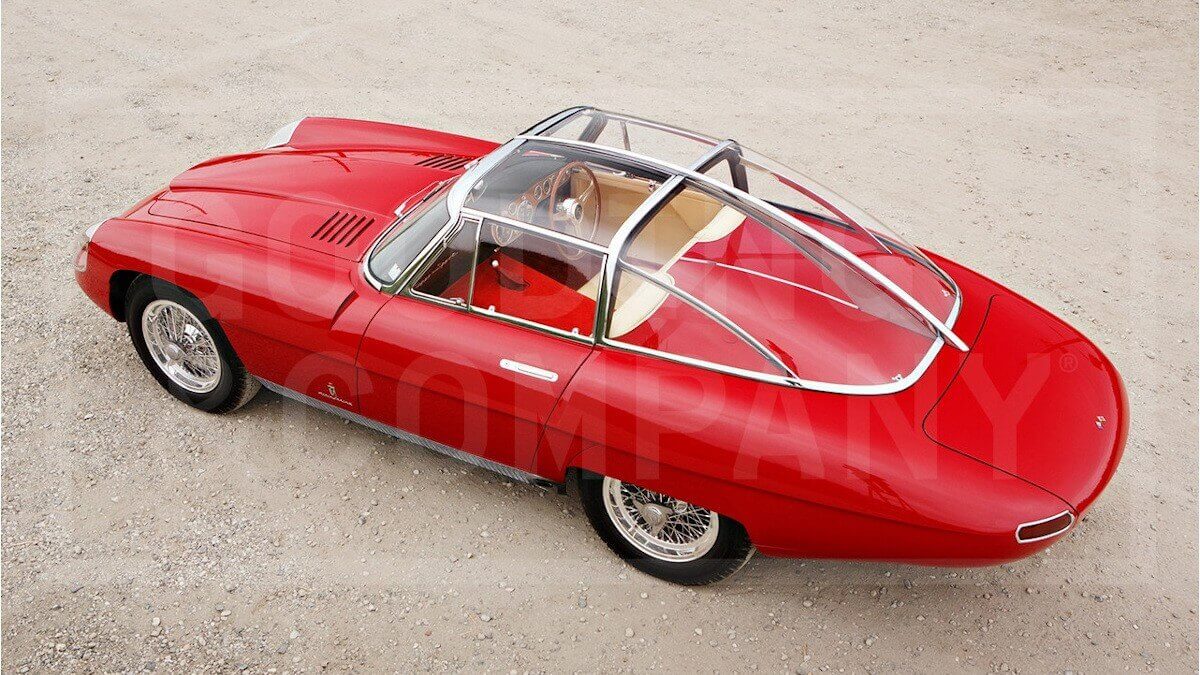 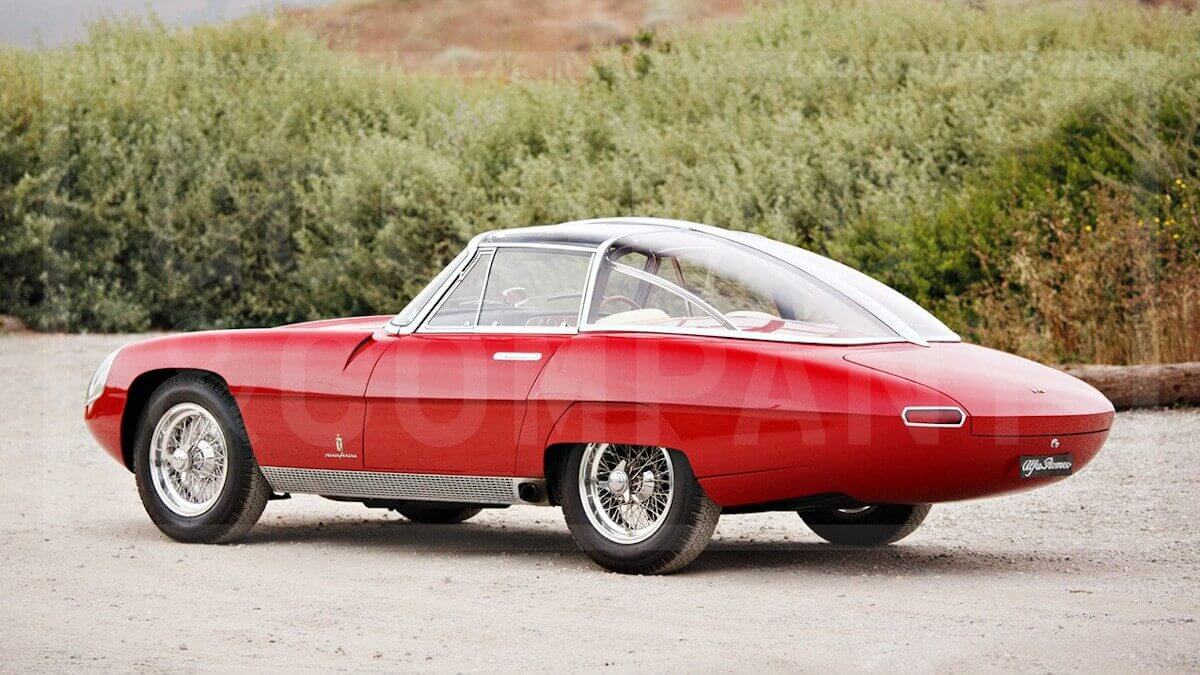 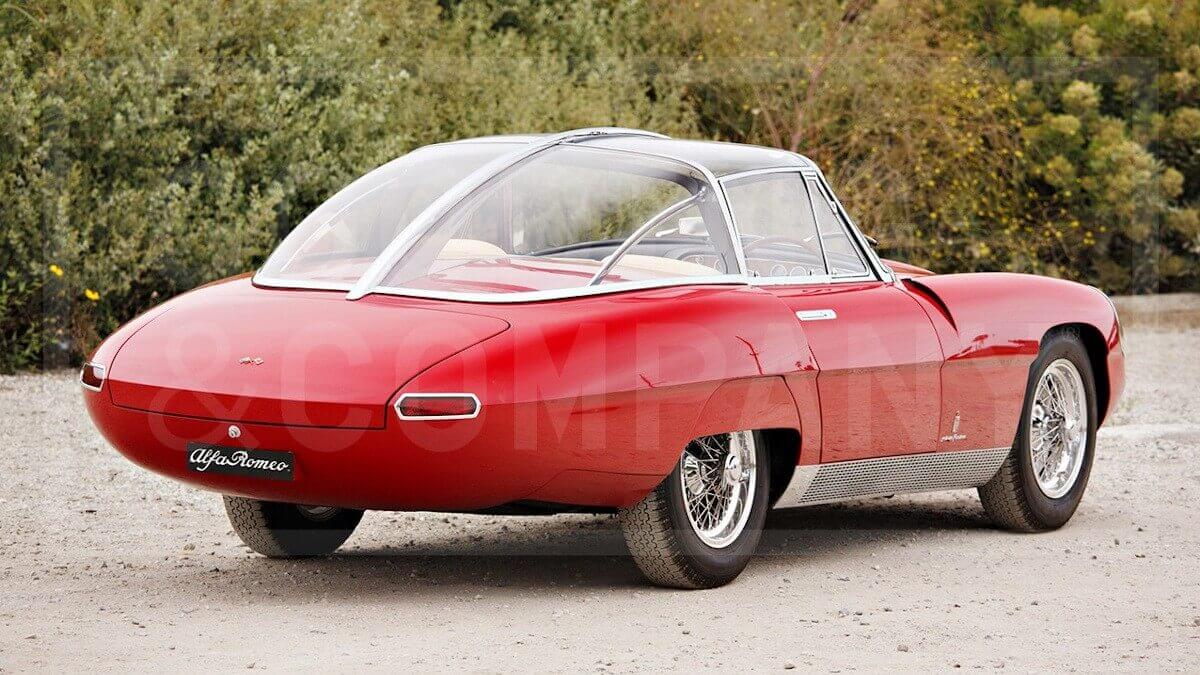 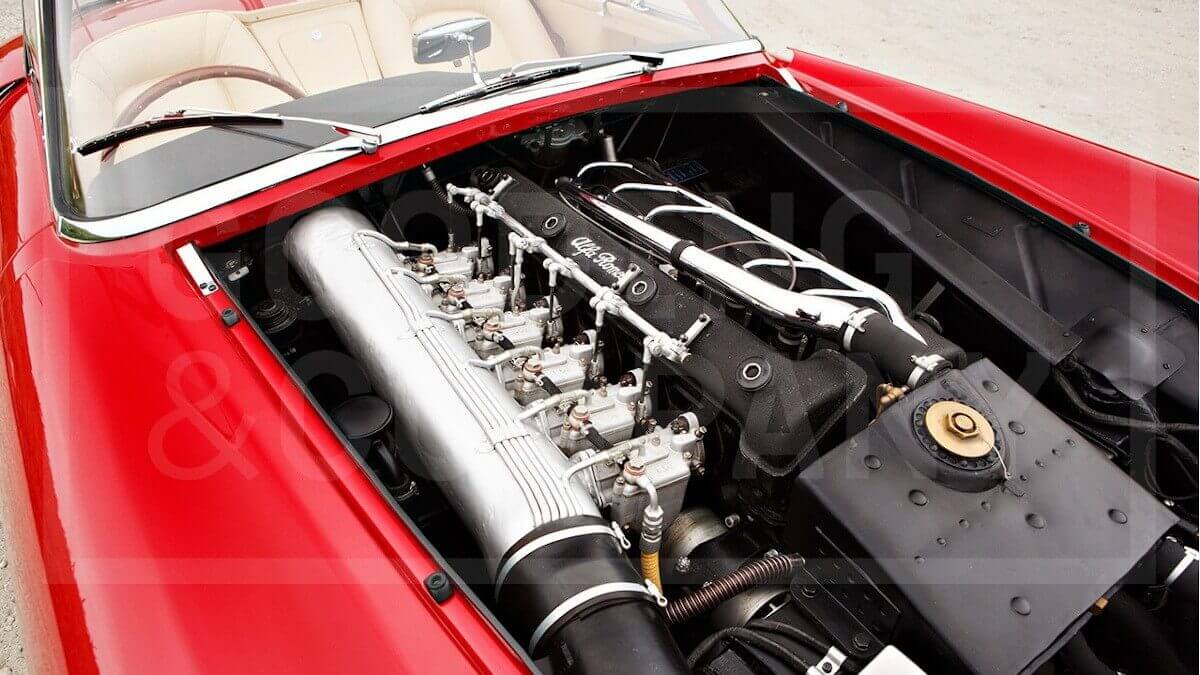 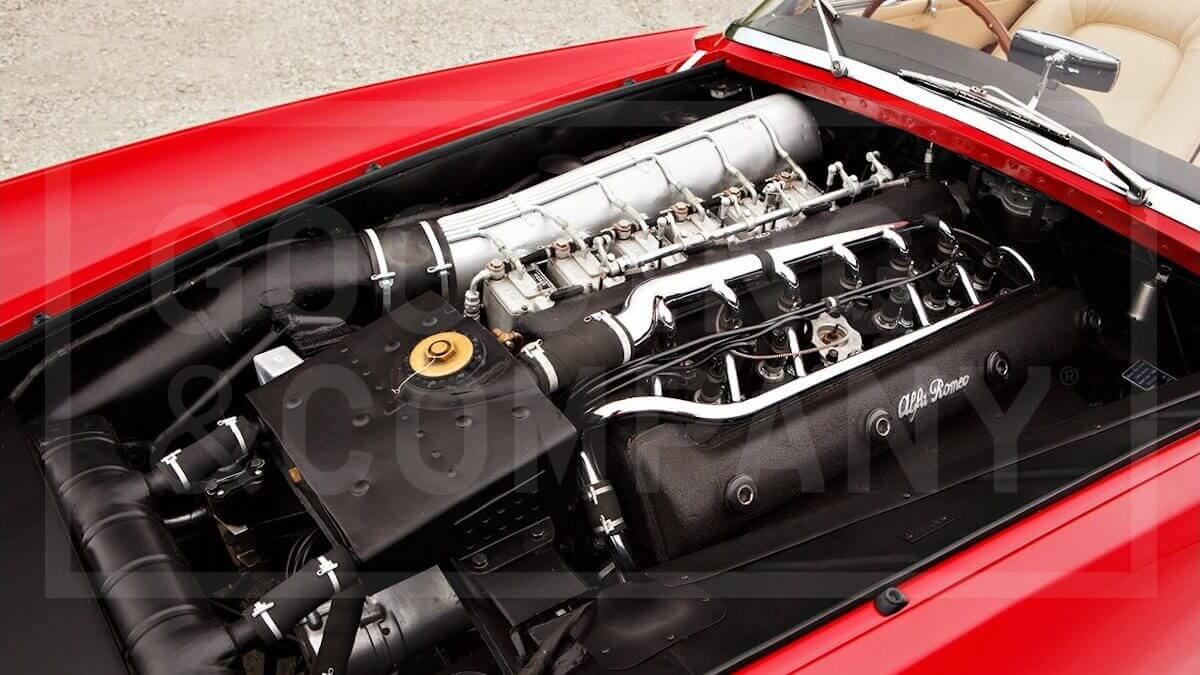 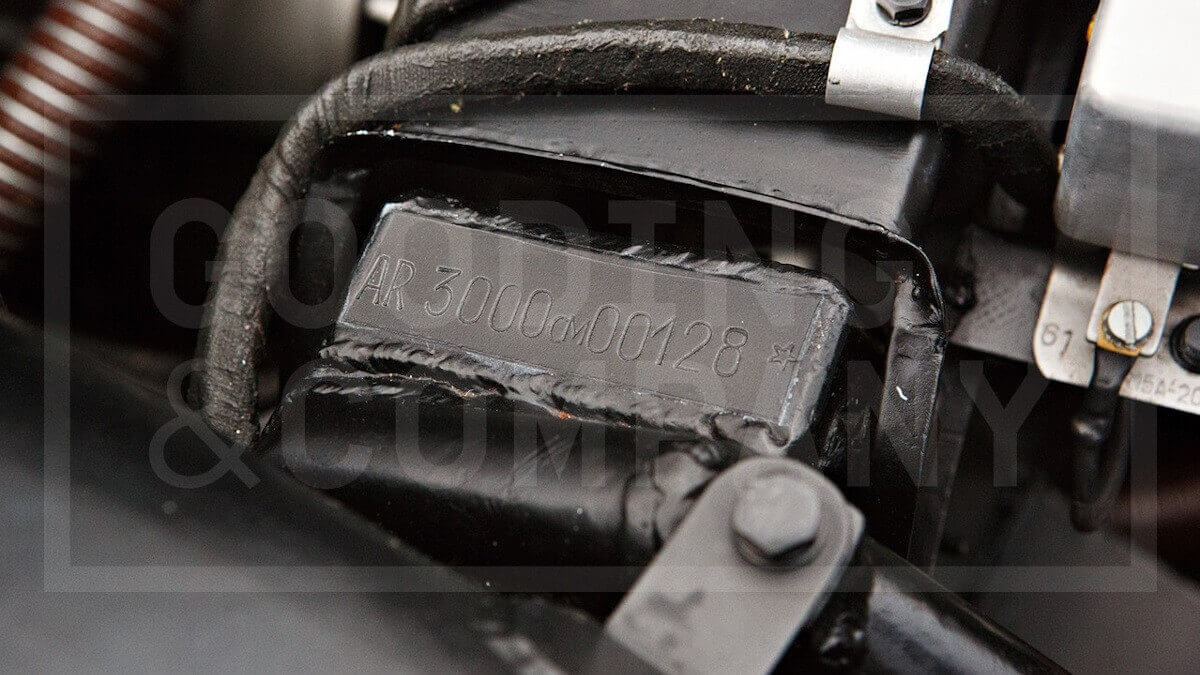 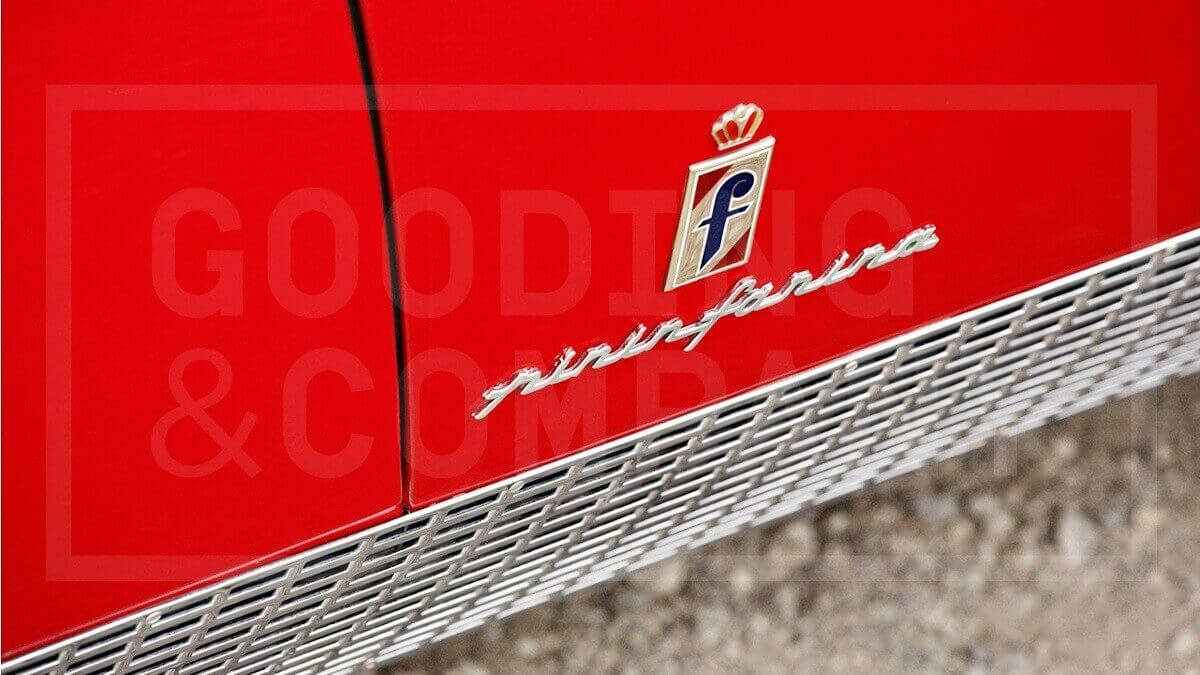 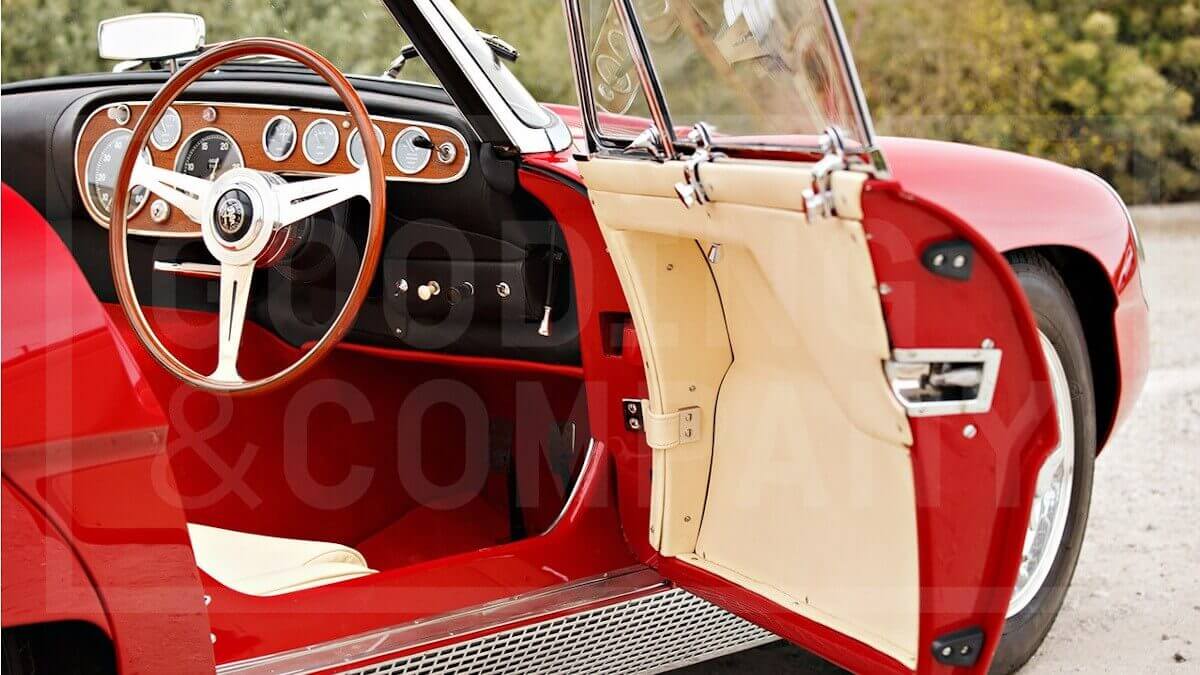 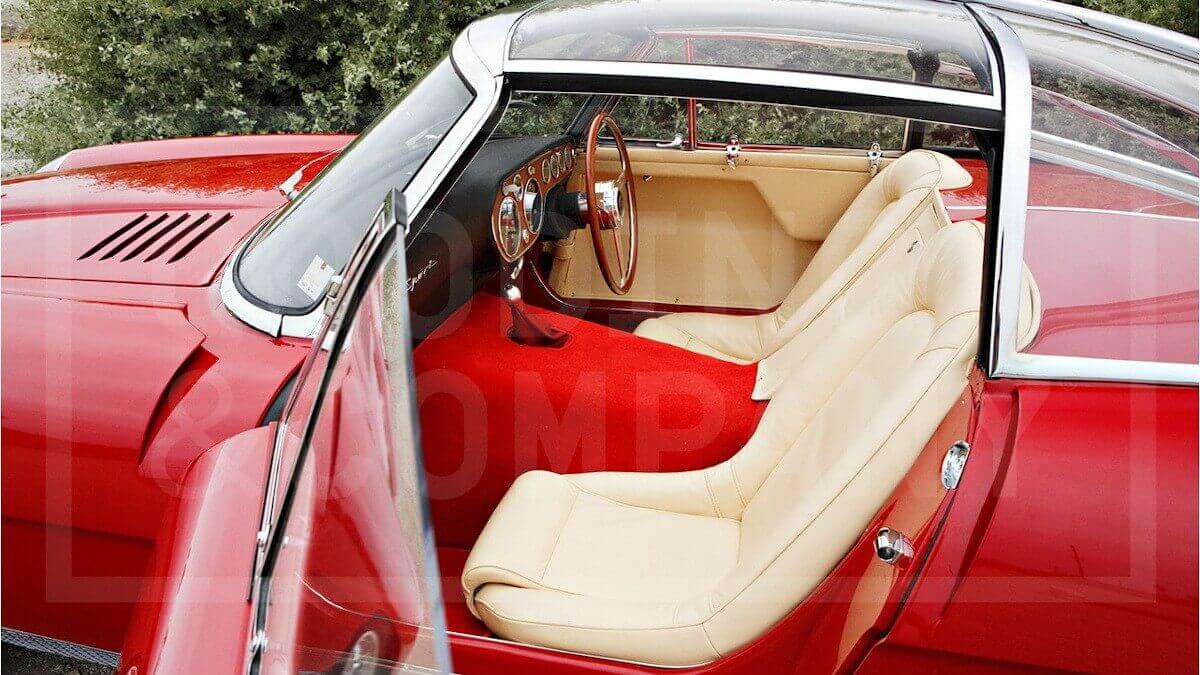 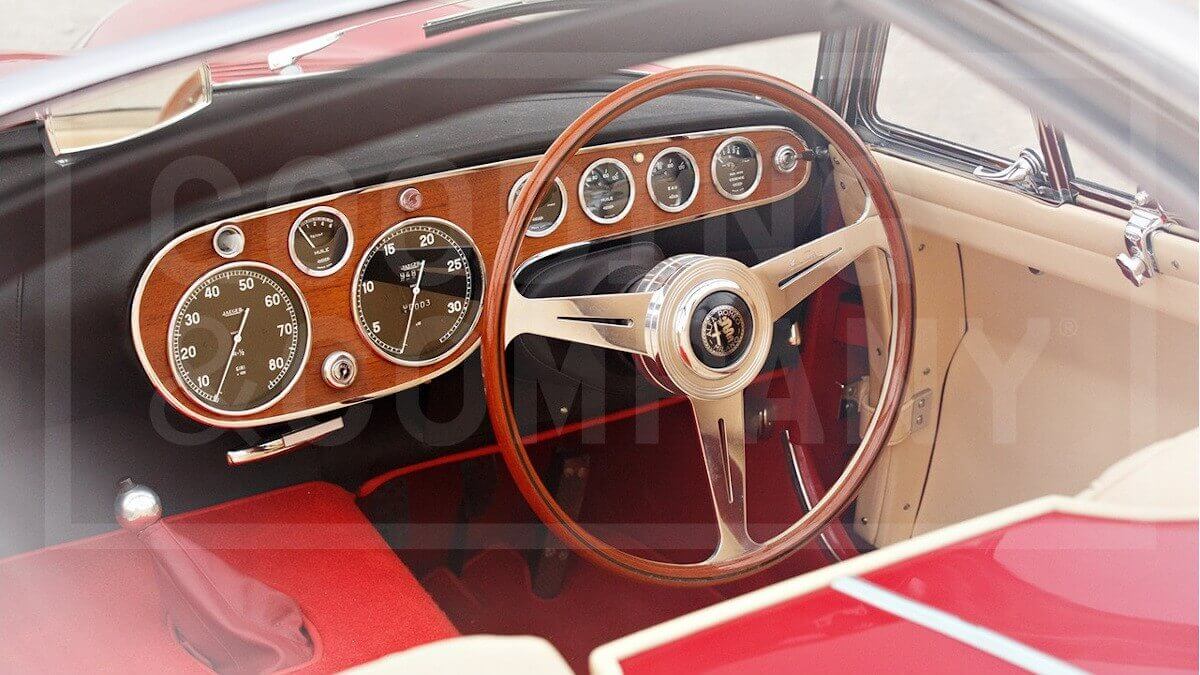 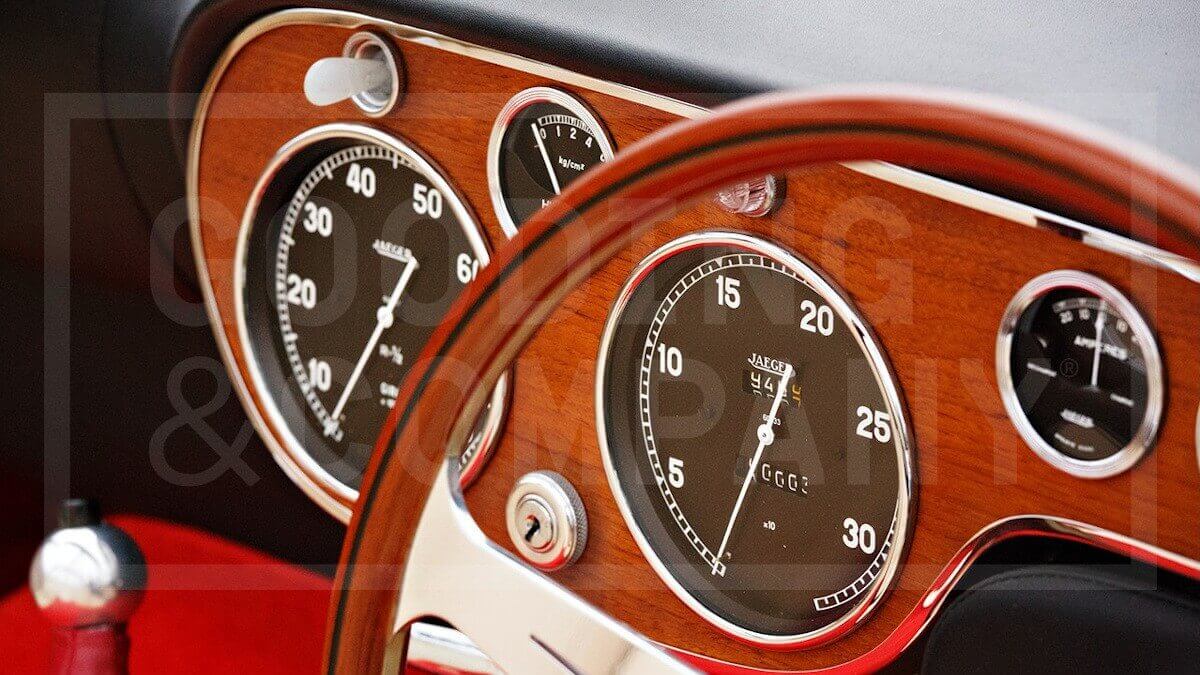 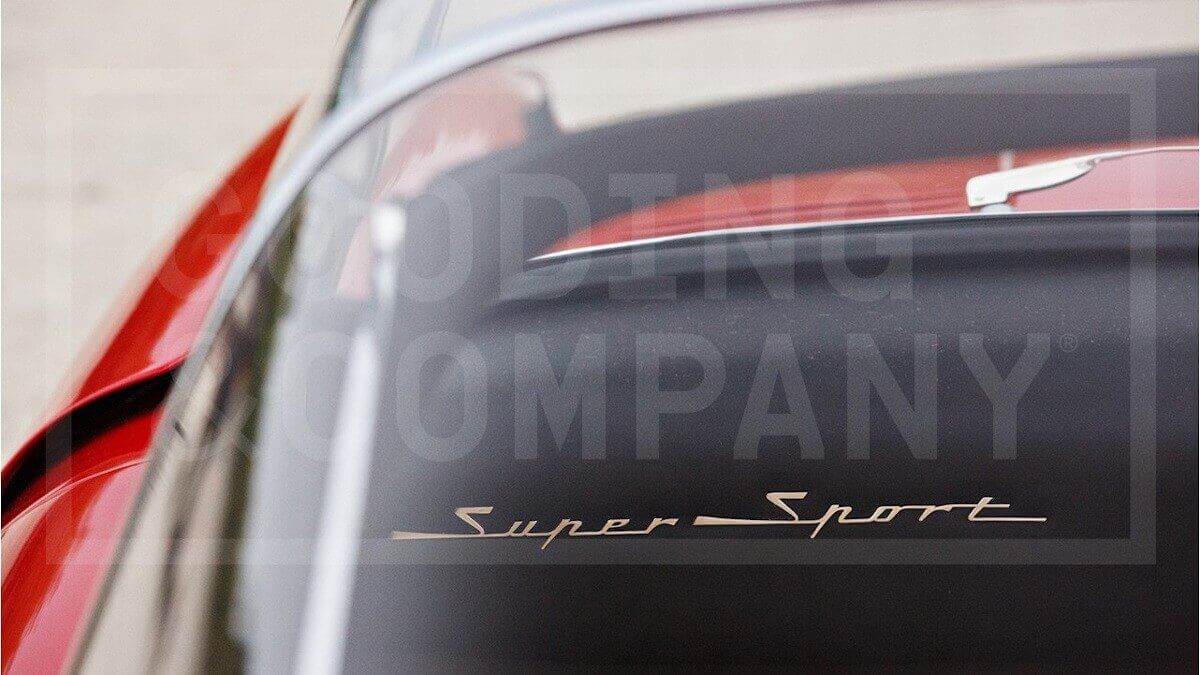 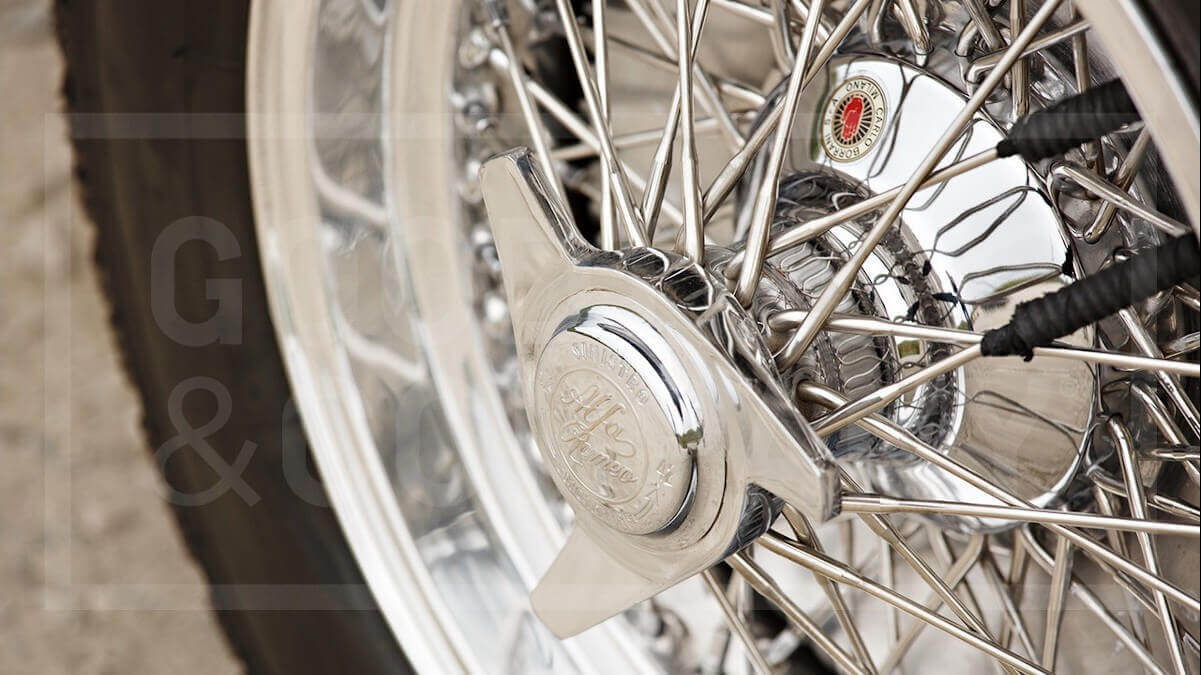 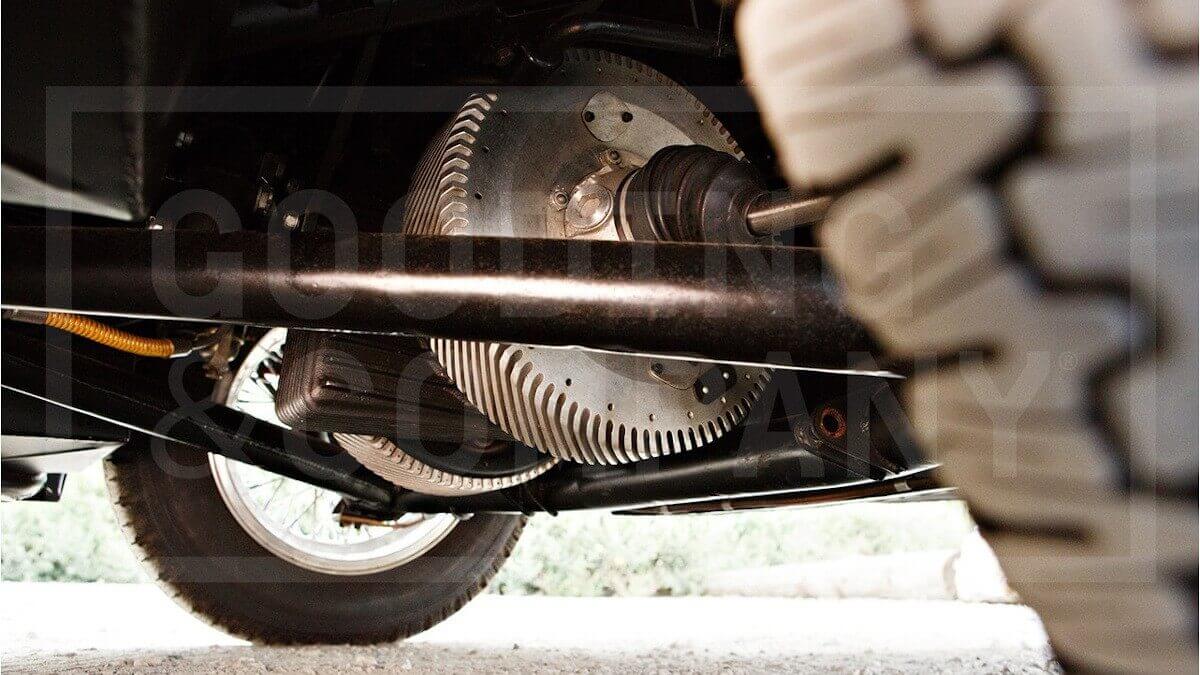 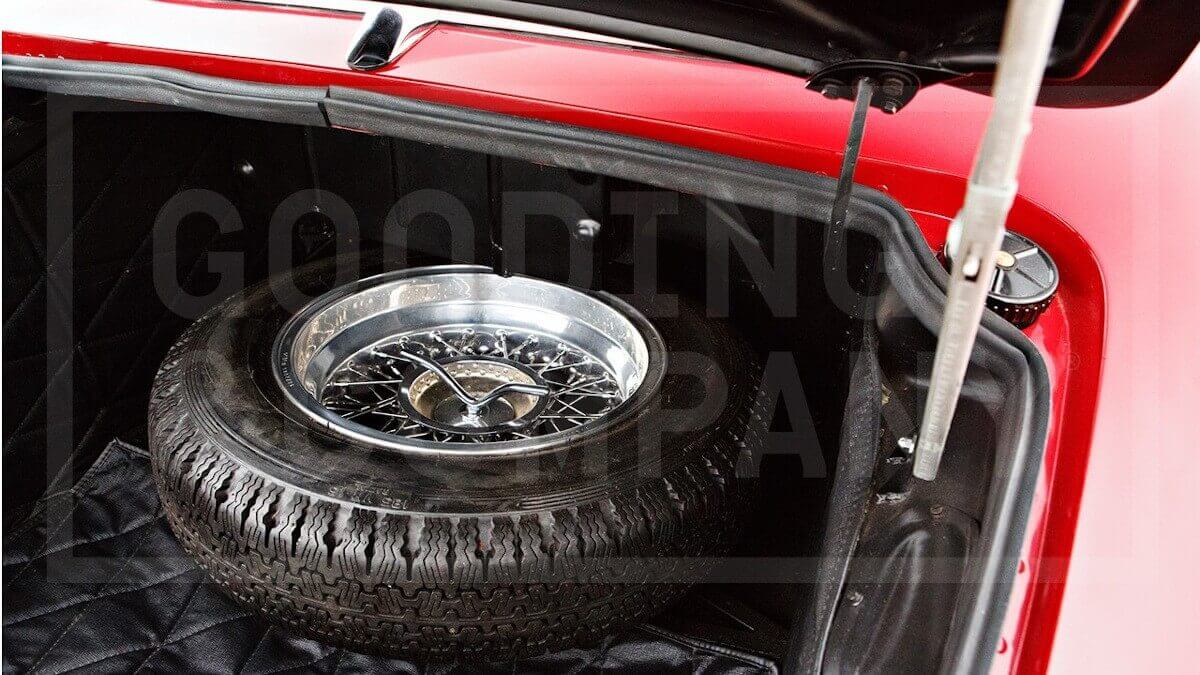 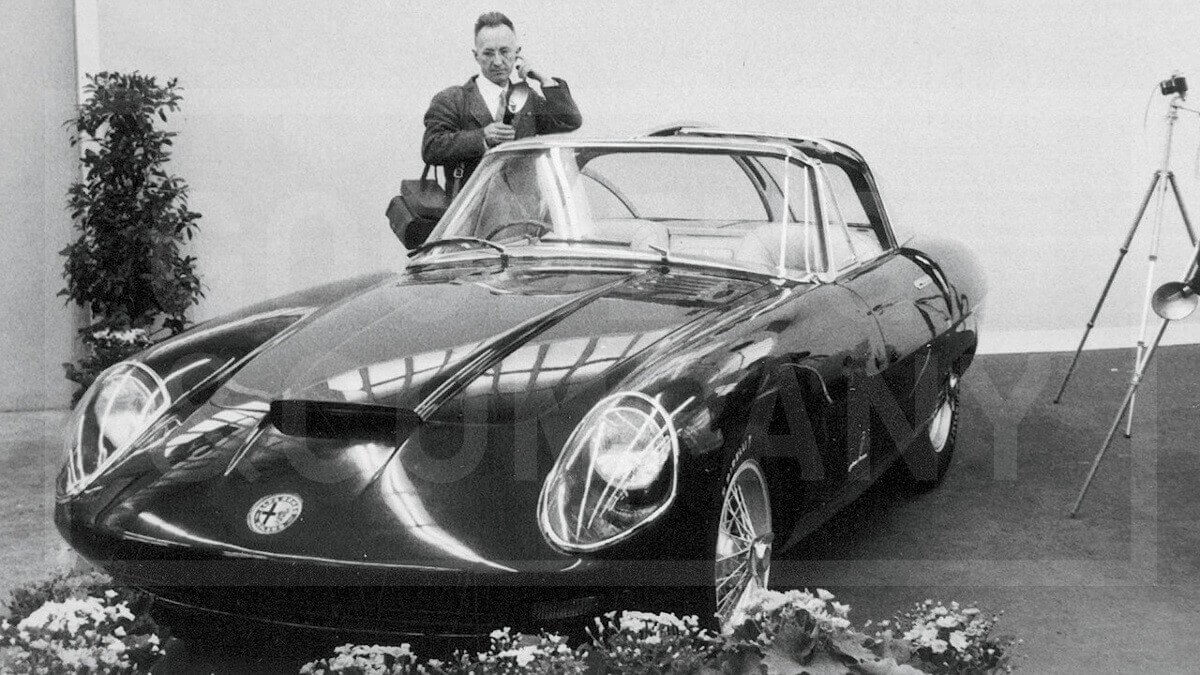 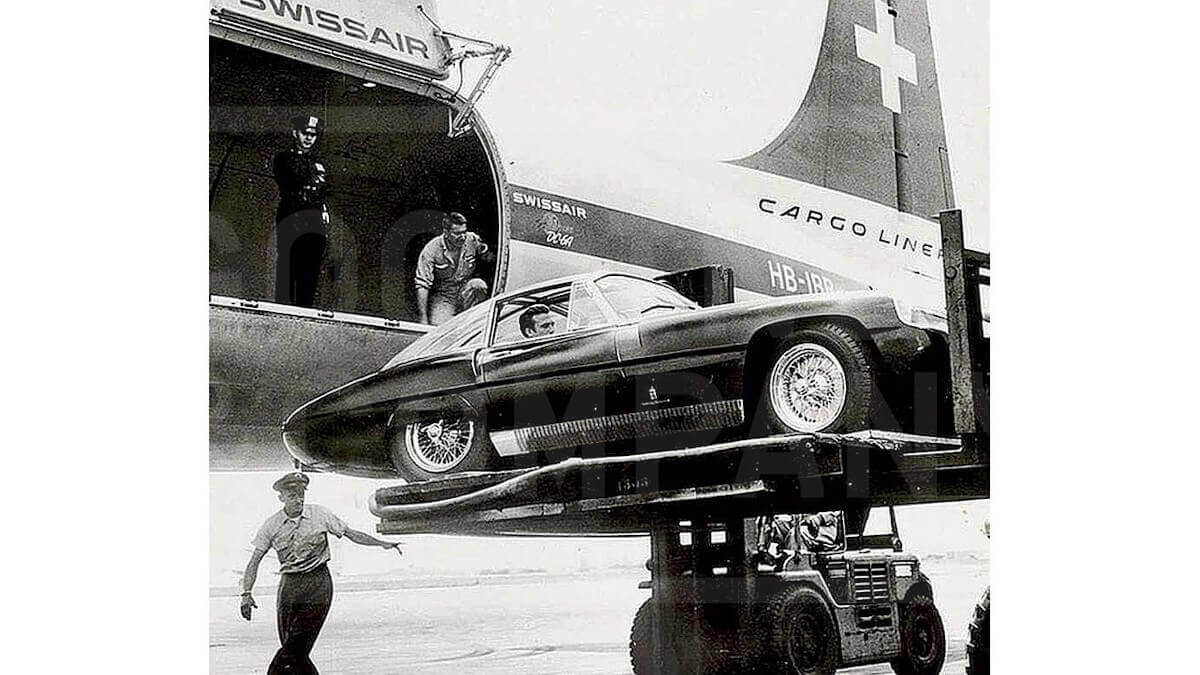 It is known that chassis number 0128 originally was fitted with a Berlinetta body from Colli. Experts therefore assume that this car was part of the factory’s line-up at the 24 Hours of Le Mans 1953, but probably only as a training car. Pinin Farina used the chassis as the basis for the latest ideas that the creative staff at the design office came up with on the subject of new automobile design. The result was called ‘Superflow’ and debuted at the 1956 Turin Motor Show. In this original version the car had tailfins and transparent front fenders made of Plexiglas. In addition, gullwing openings were integrated into the glass canopy above the passengers. In the same year, at the Paris Motor Show in October, Pinin Farina presented the further developed ‘Superflow II’, which now had conventional front fenders with covered headlights and a flat radiator inlet instead of the heart-shaped grille. The rear fenders had also been modified and showed integrated transparent fins. For the 1959 Geneva Motor Show a further redesign to the ‘Superflow III’ took place, which was now designed as a Spider. Exposed headlights at the front and a fin-free rear end with wrapped around taillights gave a first glimpse of the Alfa Romeo Duetto Spider, which debuted in 1966. Only one year after the presentation of the ‘Superflow III’ Pinin Farina exhibited the completely rebuilt ‘Superflow IV’ at the same place.

And with that we finally reach the car in its current design. Again the design team decided for headlights under glass and also a glass canopy above the cockpit, but now the shape of the car was smoother and rounder. Above the heads of the passengers, two roof elements can slide backwards to transform the Superflow IV into a Targa. After the car had been shown at various motor shows and events in Europe and the USA, it finally ended up at Continental Alfa Romeo in Boulder, Colorado, where Aaron Mosko was able to purchase it. About four years later, he sold the unique car to Howard Wignall in Littleton, Colorado, who gave it to the famous car collector Jackson Brooks for $ 35,000 in 1975.

In 1979, the Alfa moved into the garage of Ernest Kanzler in Los Angeles before finding its way back across the pond in the late 1980s to enrich the ‘Rosso Bianco Collection’ of Peter Kaus in Aschaffenburg, Germany. Kaus stored the Superflow body and had a replica of the Berlinetta body made by Colli to show the racing history of this Alfa Romeo. After Peter Kaus didn’t find any support from the city of Aschaffenburg for the preservation of his museum and also couldn’t find another new location, in 2006 he sold his collection with a heavy heart. While the major part of it went to the Louwman Collection in the Netherlands (and was resold there contrary to previous assurances), Kaus sold the Alfa Romeo 6C 3000 CM including its Superflow body to an American car collector, who had the car extensively restored as Superflow IV and at the same time had a replica chassis made for the replica Berlinetta body. Now the car will be auctioned at Gooding & Company during Monterey Car Week. Due to its unique history, the hammer price is expected to be between six and eight million US dollars.