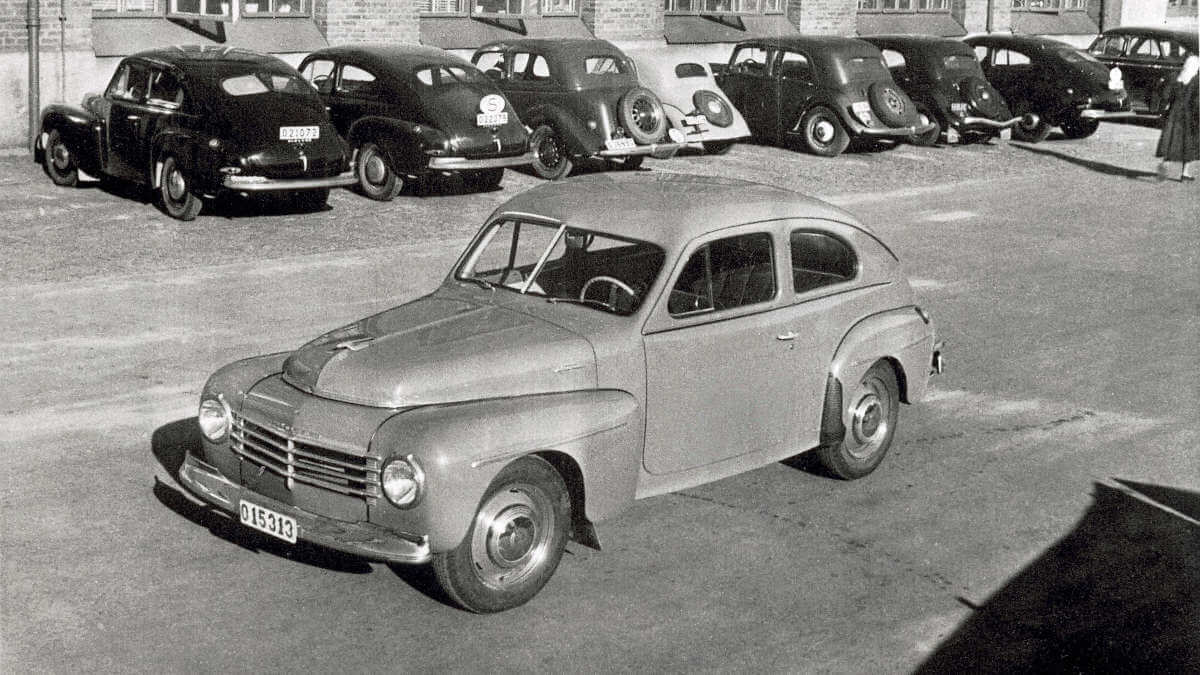 Volvo in Sweden began mass production of automobiles with the PV444 B in 1950.

Actually, the history of the Volvo PV444 began in 1944, when the company’s co-founder Assar Gabrielsson started the development of a low-cost car for everyone. The proverbial robustness of Volvo should of course be preserved. At the same time, the PV444 was the first car with a self-supporting body in the brand’s history. While the meaning of the abbreviation ‘PV’ was known for a long time (personvagn, Swedish for passenger car), according to official data the number stood for 4 cylinders, 40 hp and 4 seats.

In 1944, Volvo announced the new entry-level model at a price of SEK 4,800, which subsequently led to around 2,300 advance orders. It took another three years until production really started. During this time, the number of advance orders grew to more than 10,000. The total production was originally designed for a maximum of 8,000 vehicles, but this had to be increased due to the high demand. Although the price quoted didn’t cover production costs, Volvo stood by its contractual commitment, but increased the sales price to SEK 6,050 for the second model year. The continuing shortage of materials after World War 2 and the fact that production was largely done by hand meant that only 1,920 units were built in 1947 and only 2,176 in 1948. To anticipate: By the end of production in 1958, around 200,000 PV444s of all versions had rolled off the production line and, together with the modernized PV544, a total of over 440,000 copies were built until 1969. By the time the PV444 was launched, Volvo had only sold about 2,000 vehicles across all model ranges. 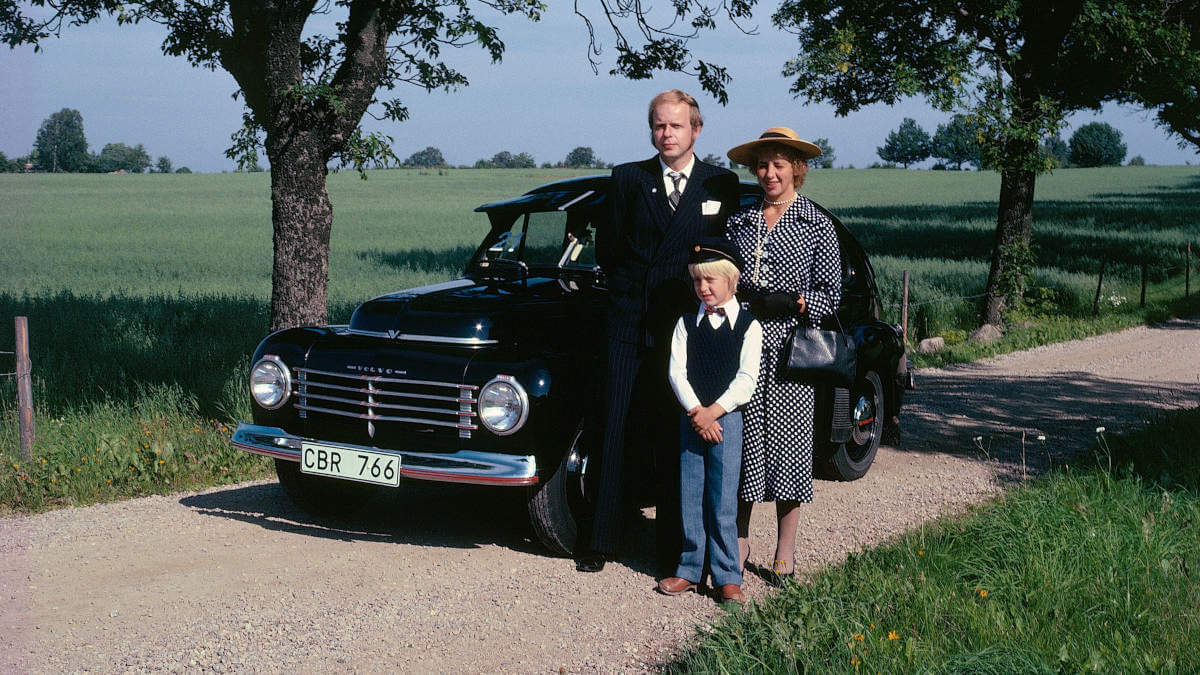 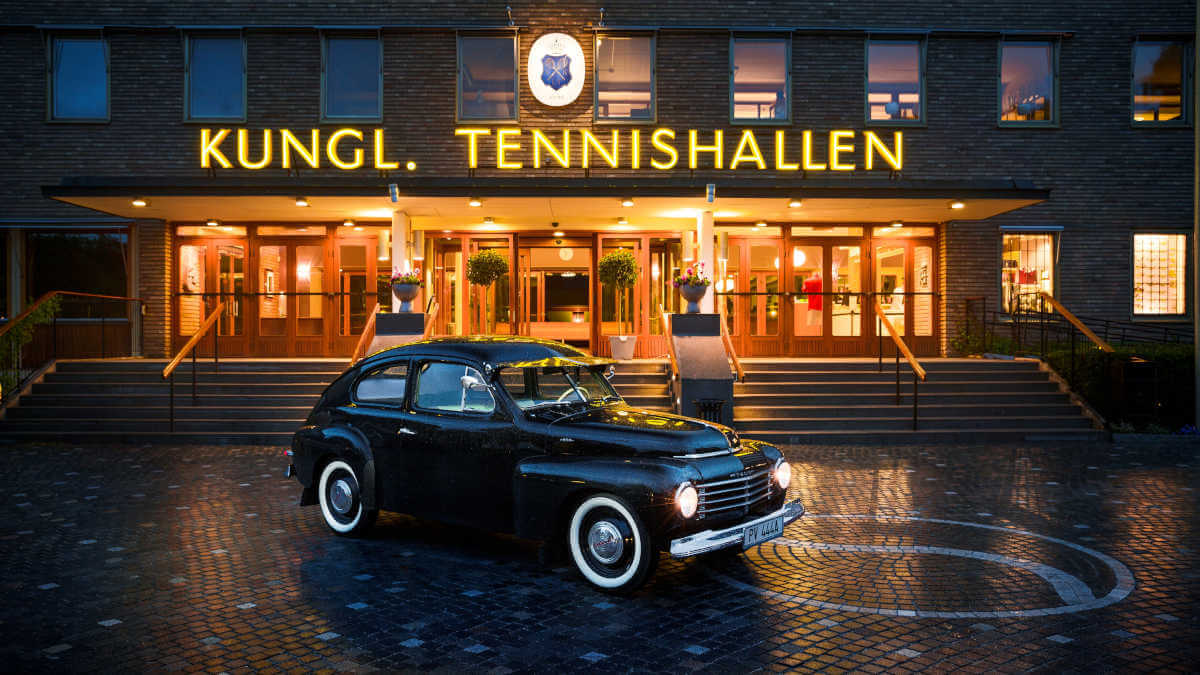 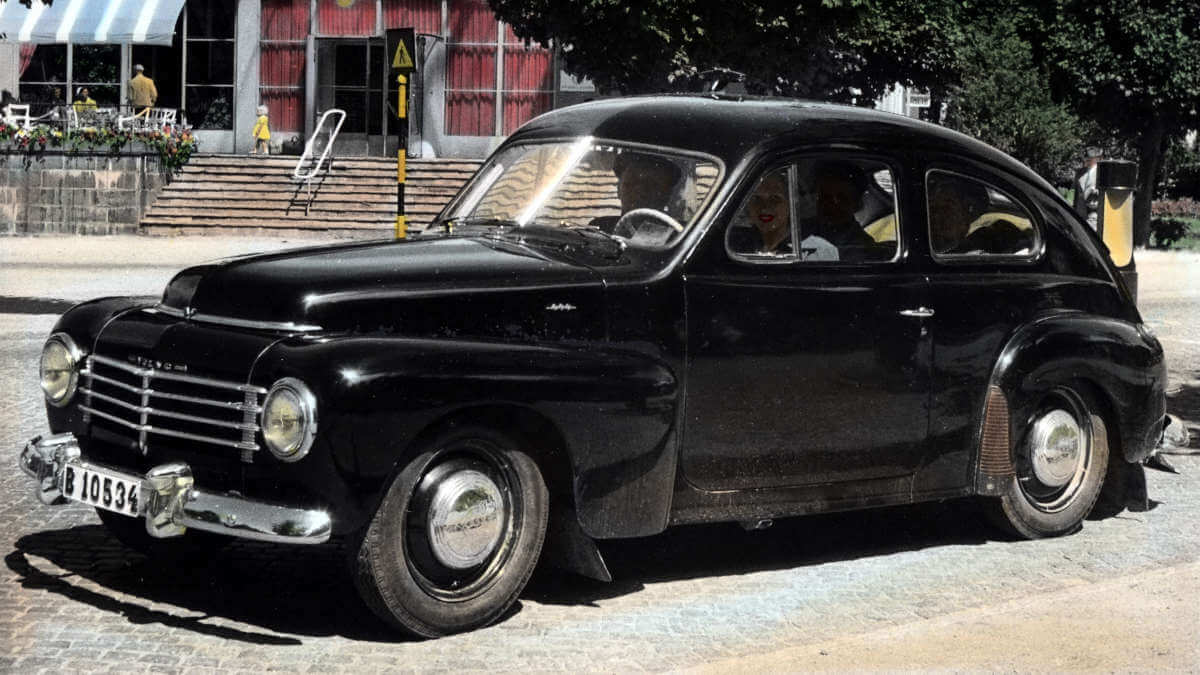 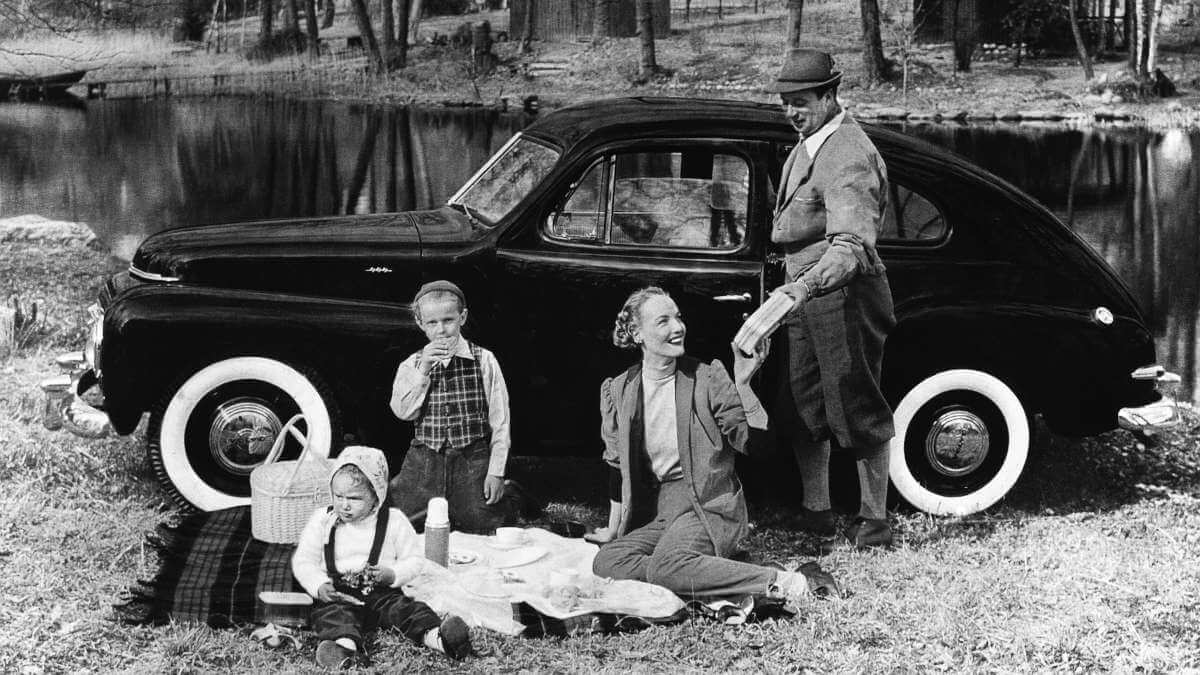 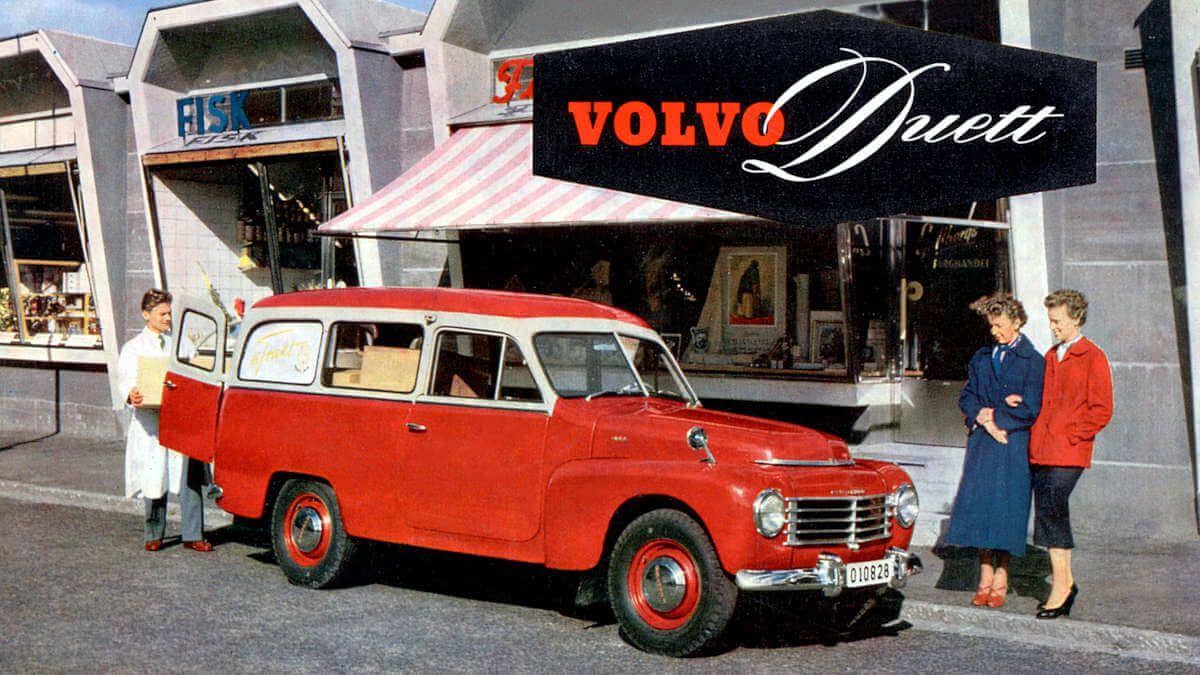 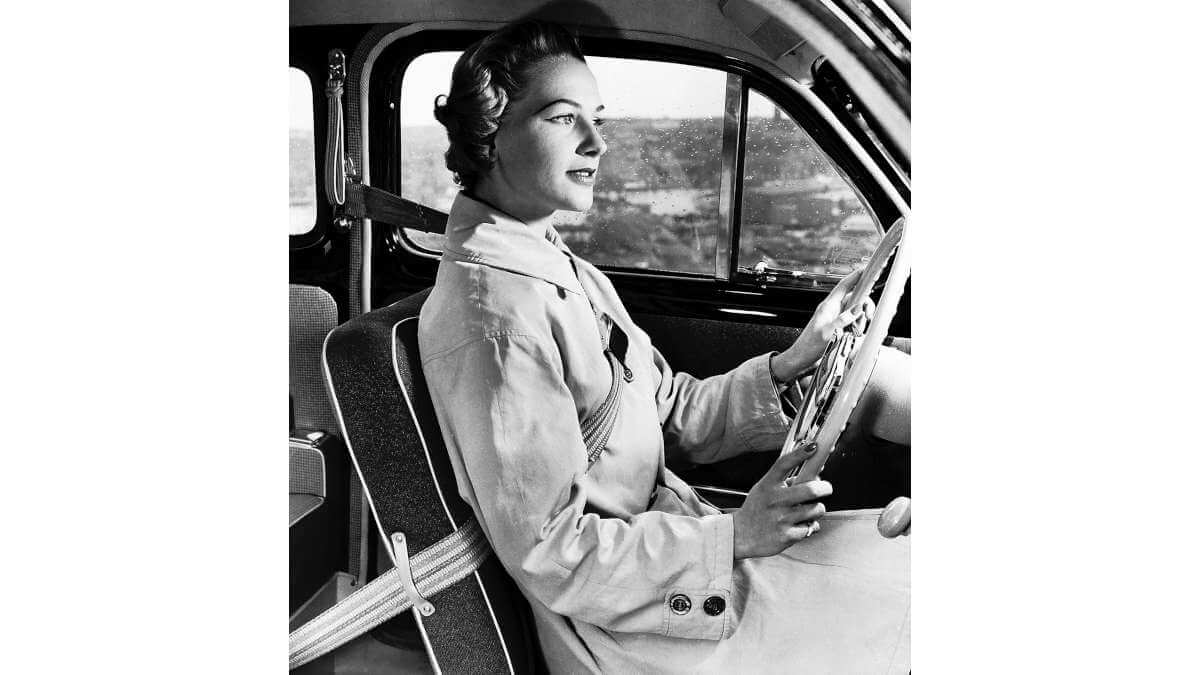 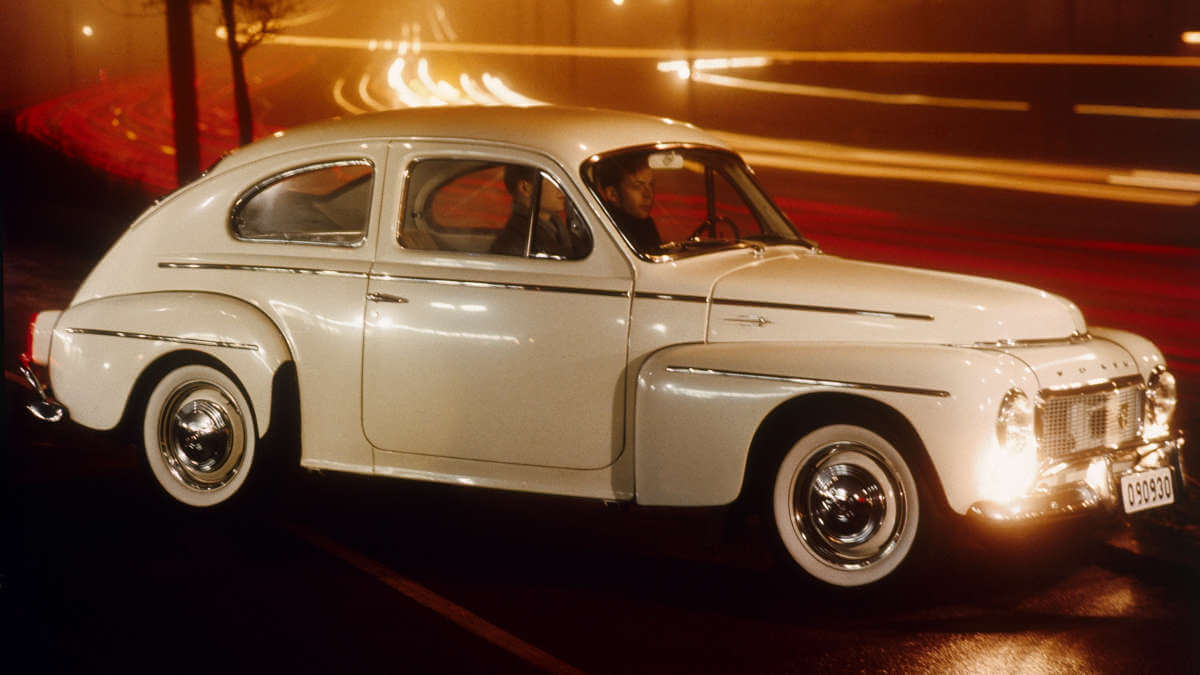 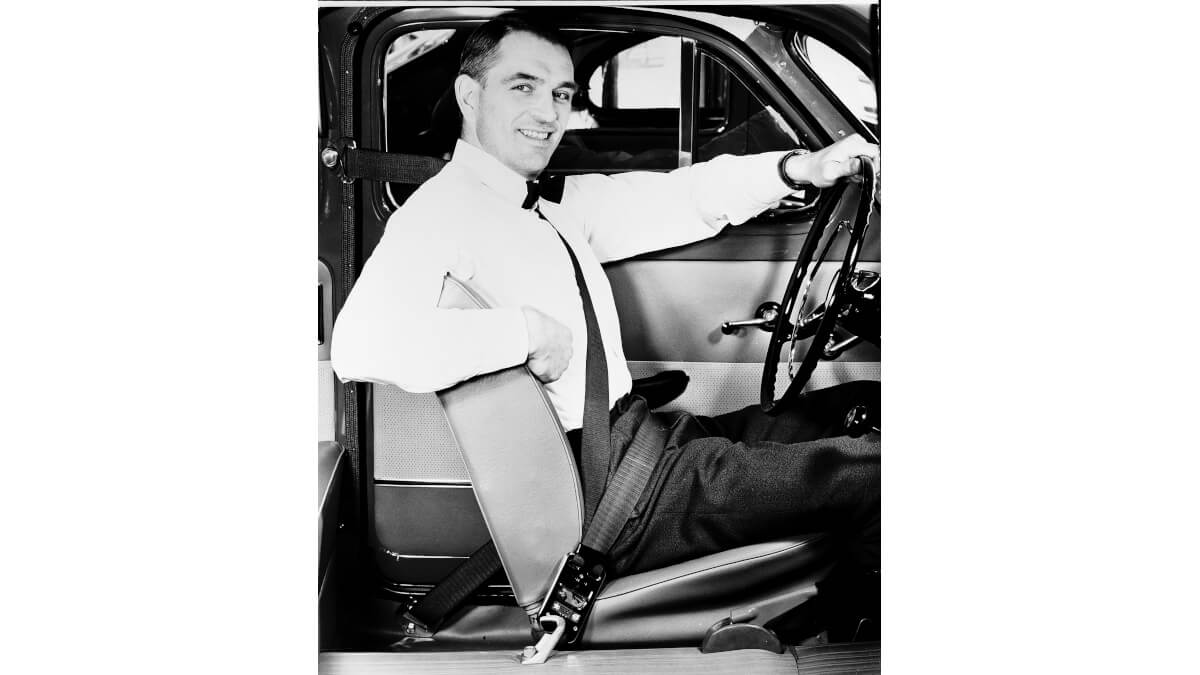 In September 1950, the PV444 B, modified in many details, was released. Internally, this facelift also brought about the change to mass production. By this time, only about 12,500 PV444 had been produced. Parallel to the fastback sedan – affectionately called ‘Hump’ in Germany – the PV445 Duett was now also available. This two-door station wagon has up to two foldable rear seat backs. This allowed the luggage compartment to be enlarged accordingly. Under the hood, the four-cylinder engine increased to 44 hp, in the Sport version even up to 51 hp. Equipped like this, the PV444 B also competed in rallies. In 1951, it achieved all three podium places in Monte Carlo and at the Tour de Belgique.

In addition to motorsport successes, however, it was above all the safety equipment that made for a good reputation. As a result, Volvo was very successful in exports both in North America and Europe. In the PV444 B, two-point belts were used for the first time. The modernized PV544 later was fitted with three-point belts. As the belt became more popular over the years, other details quickly disappeared again. In 1950, for example, there was a ‘fixed light’ with a blue lamp in the middle and orange lights on the sides as an attachment fitted on the roof. It was to serve as a direction indicator visible from afar. However, it not only disturbed the aerodynamics, but also the mounting of roof racks, which were very popular at that time. So Volvo quickly developed side indicators for the body. For the first time, the bodies-in-white were subjected to a rotational immersion in a phosphate bath during production to improve rust prevention. For this reason, many examples of the PV444 B still exist today as classic cars.