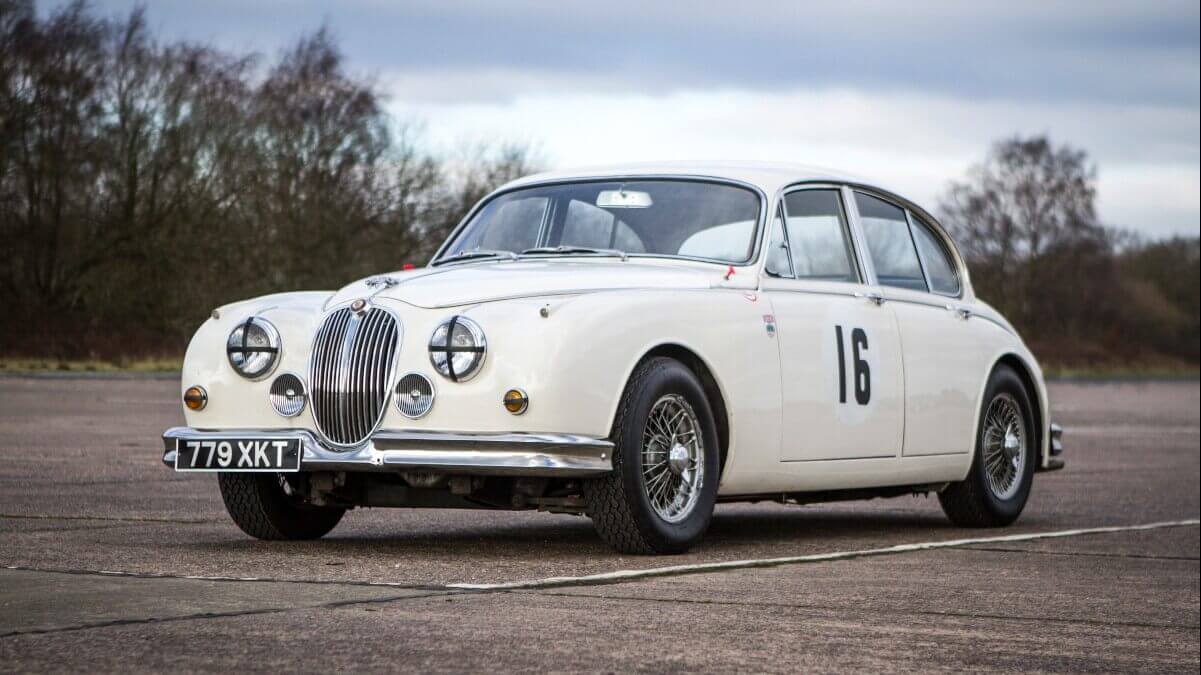 Between 1955 and 1959 Jaguar produced a sedan for the upper middle class, which was sold under the simple designations ‘Jaguar 2.4 Litre’ and ‘Jaguar 3.4 Litre’. In today’s literature, this model is often mistakenly found under the name ‘Mark 1’ or ‘Mk I’, which was never used by the factory. This is due to the direct follow-up model, which was actually nothing more than a big facelift. From 1959 the Jaguar Mark 2 (or Mark II or Mk II) rolled to the dealers. Compared to its predecessor, it had larger windows, a wider track, disc brakes all around as standard equipment and a new top-of-the-line engine in addition to the two well-known versions mentioned above. All three were inline six-cylinder engines. In the 2.4 Litre it delivered about 120 hp, in the 3.4 Litre about 210 hp and the new top version 3.8 Litre came to about 220 hp, each transferred to the rear wheels. In conjunction with the standard four-speed manual transmission, the latter version reached topspeeds of up to 200 kph (124 mph), making the Mk II the fastest production sedan in the world until 1964. For an extra charge, Jaguar equipped the manual gearbox with an overdrive or installed a three-speed automatic from Borg-Warner. 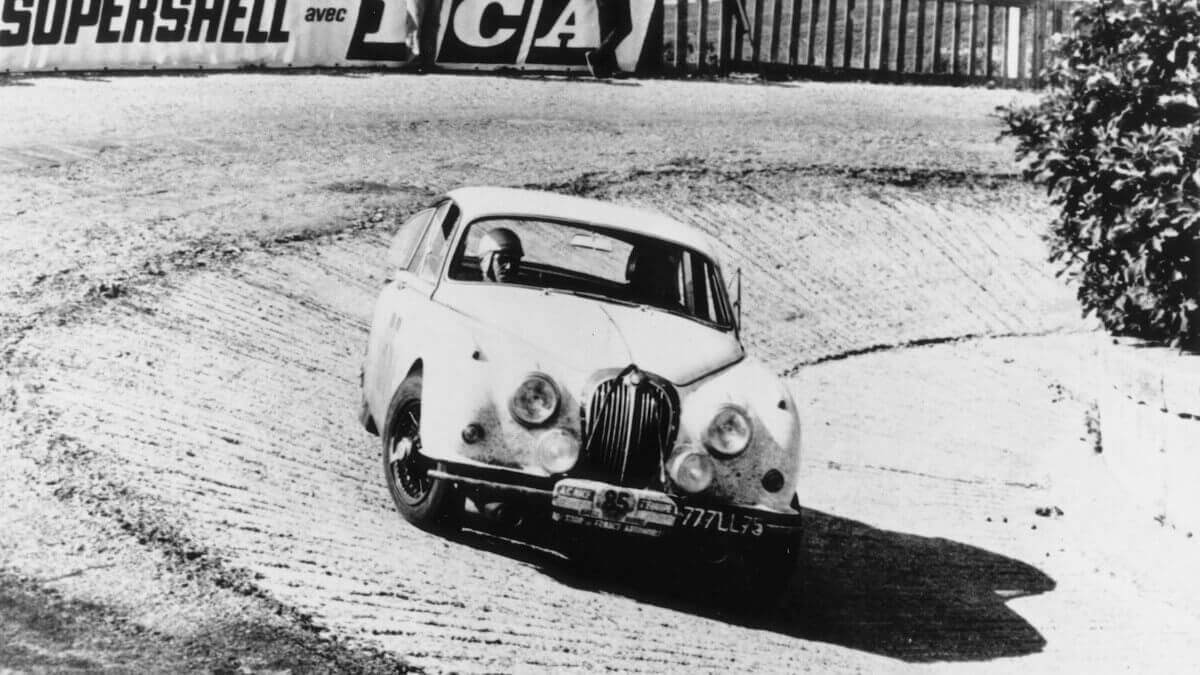 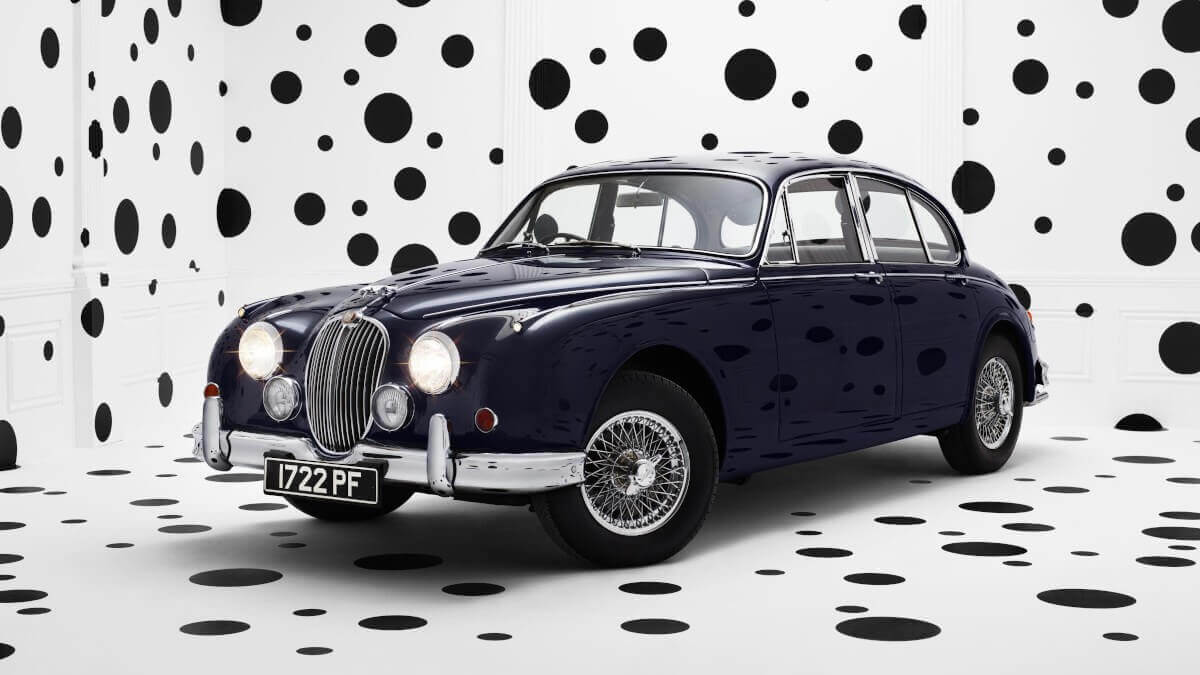 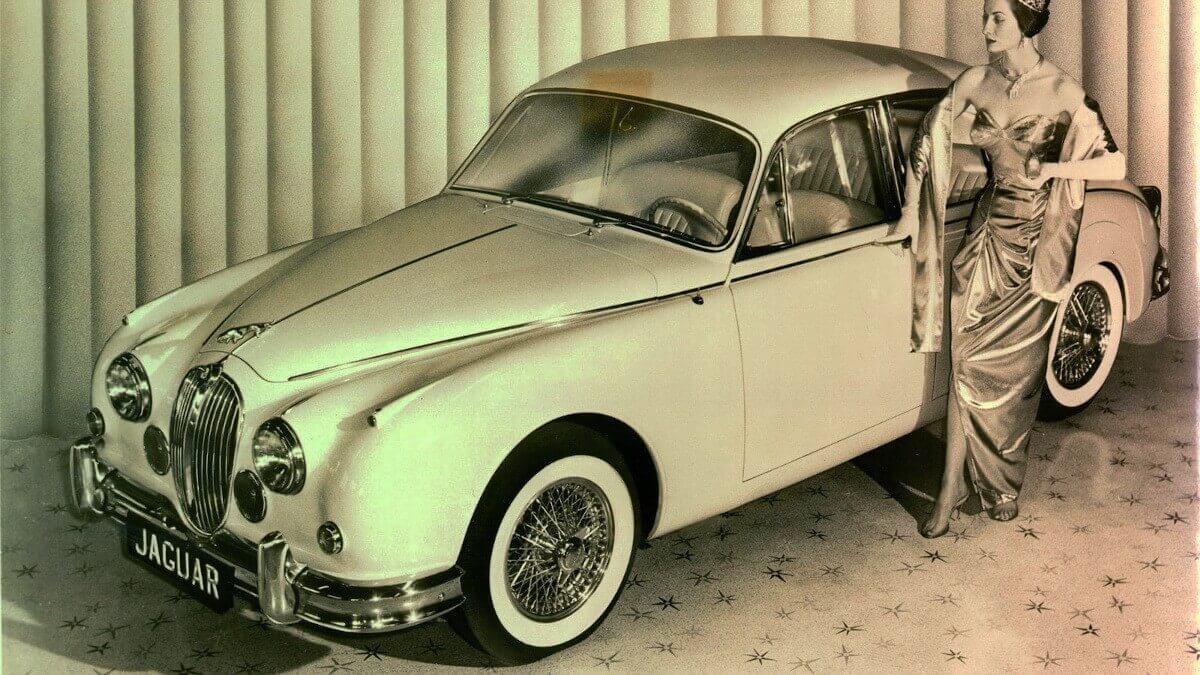 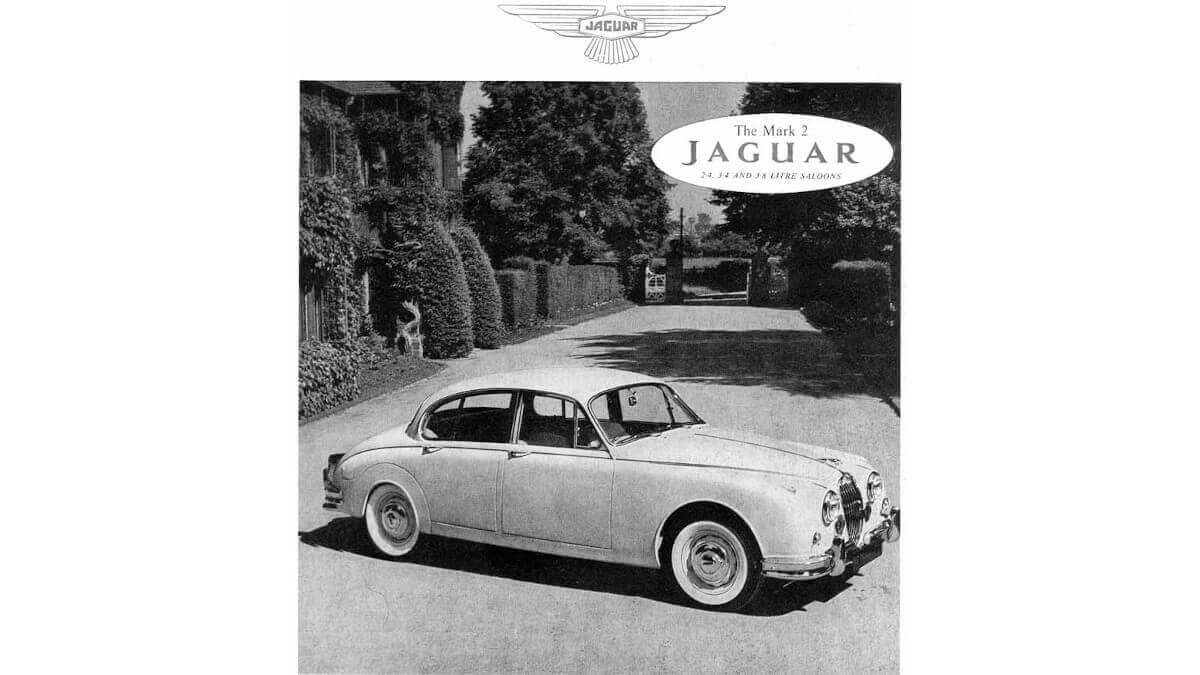 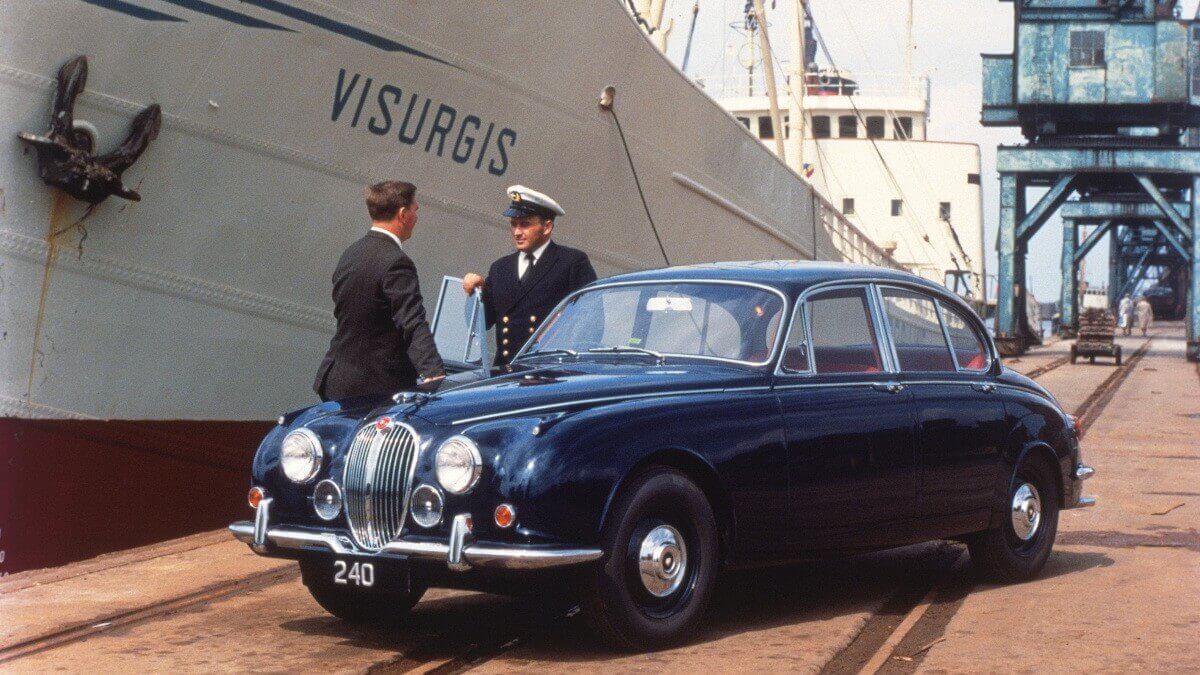 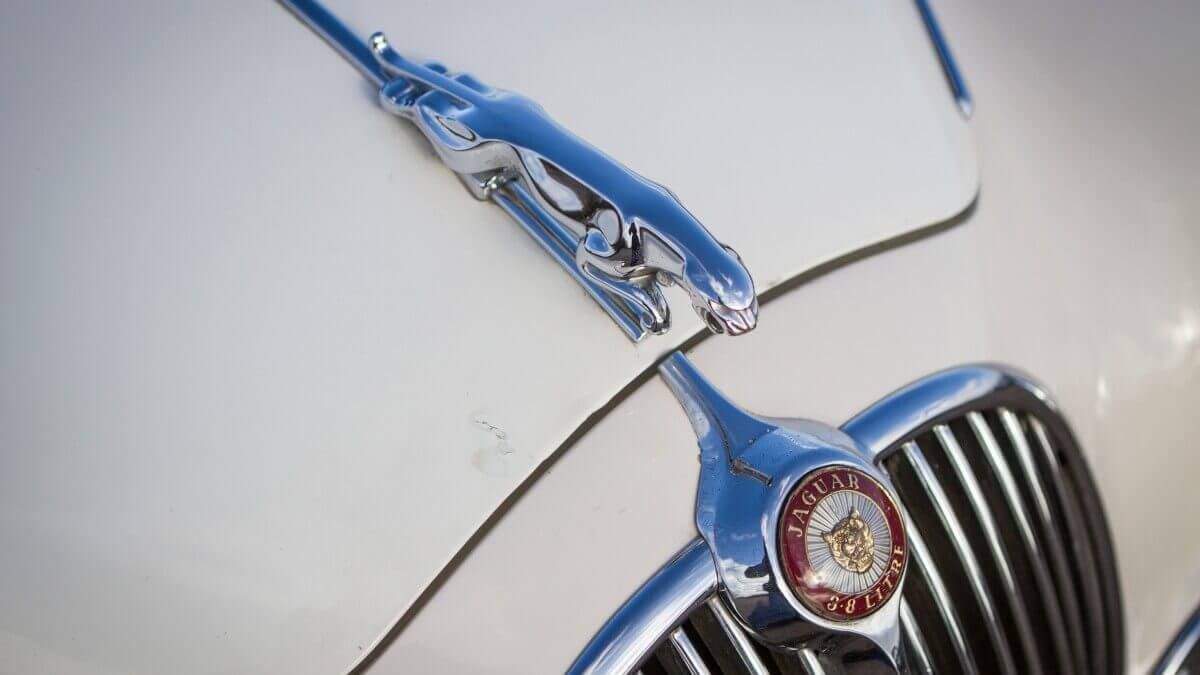 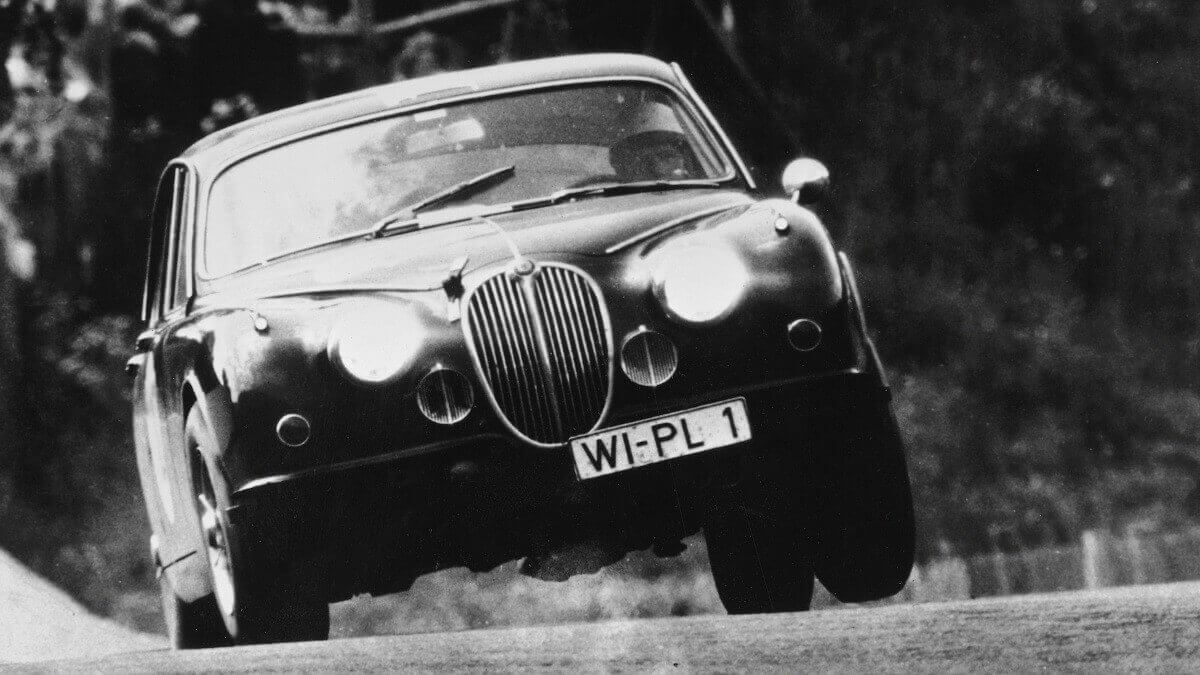 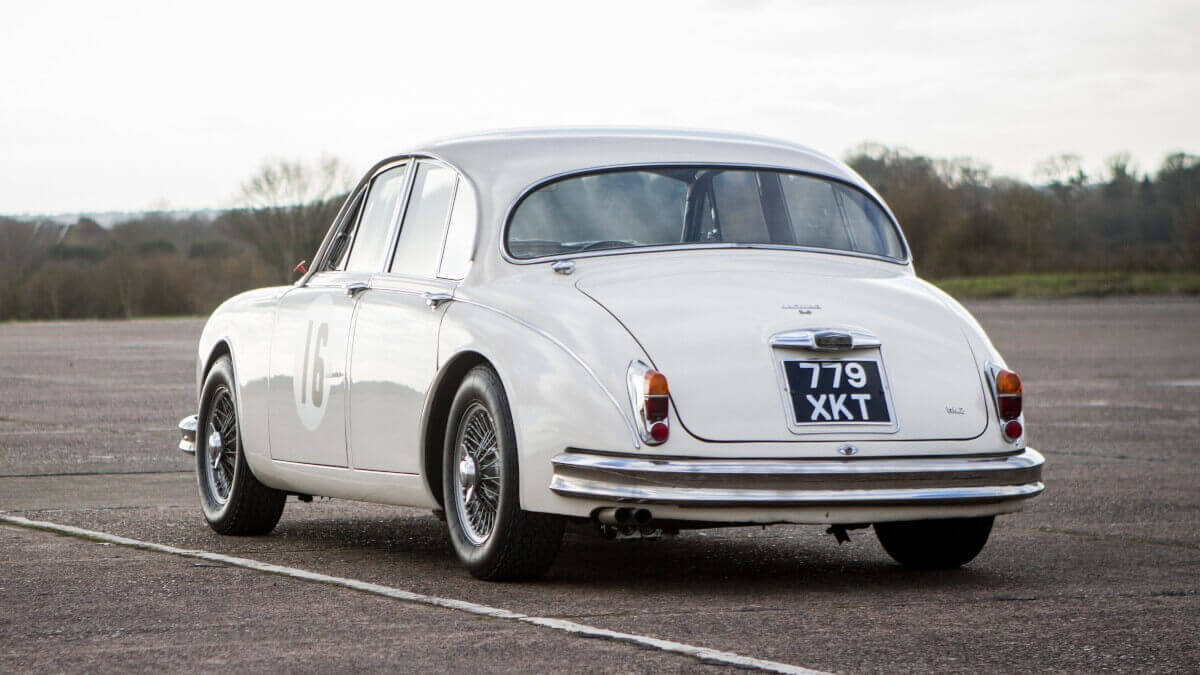 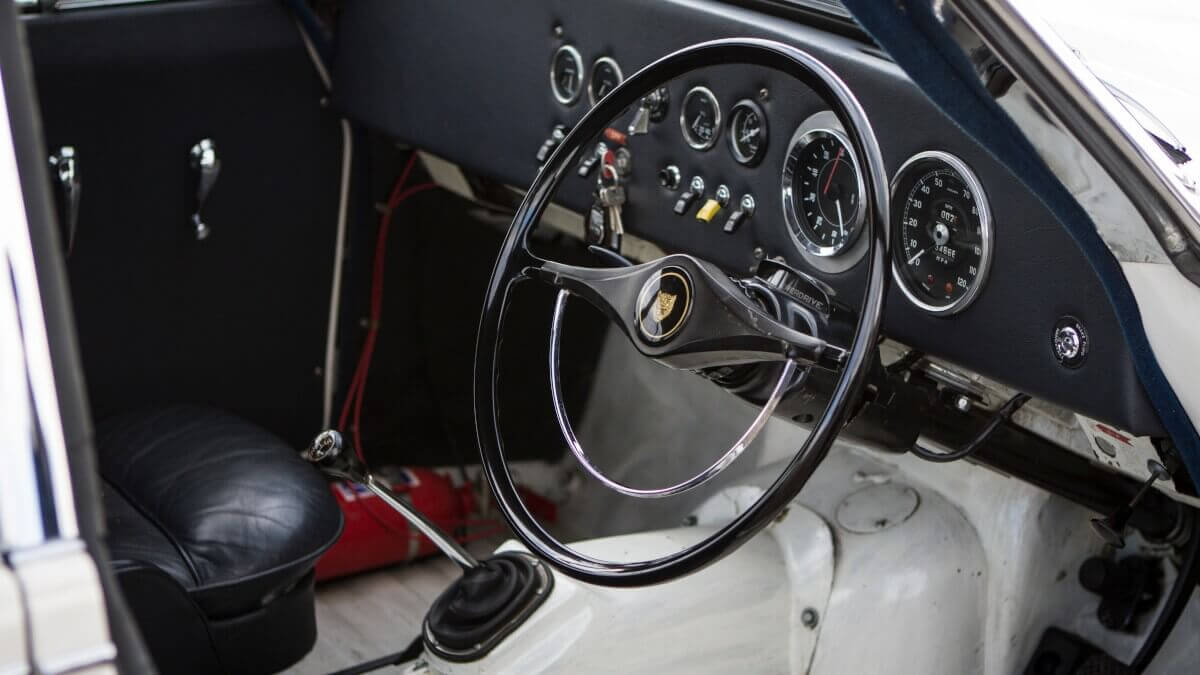 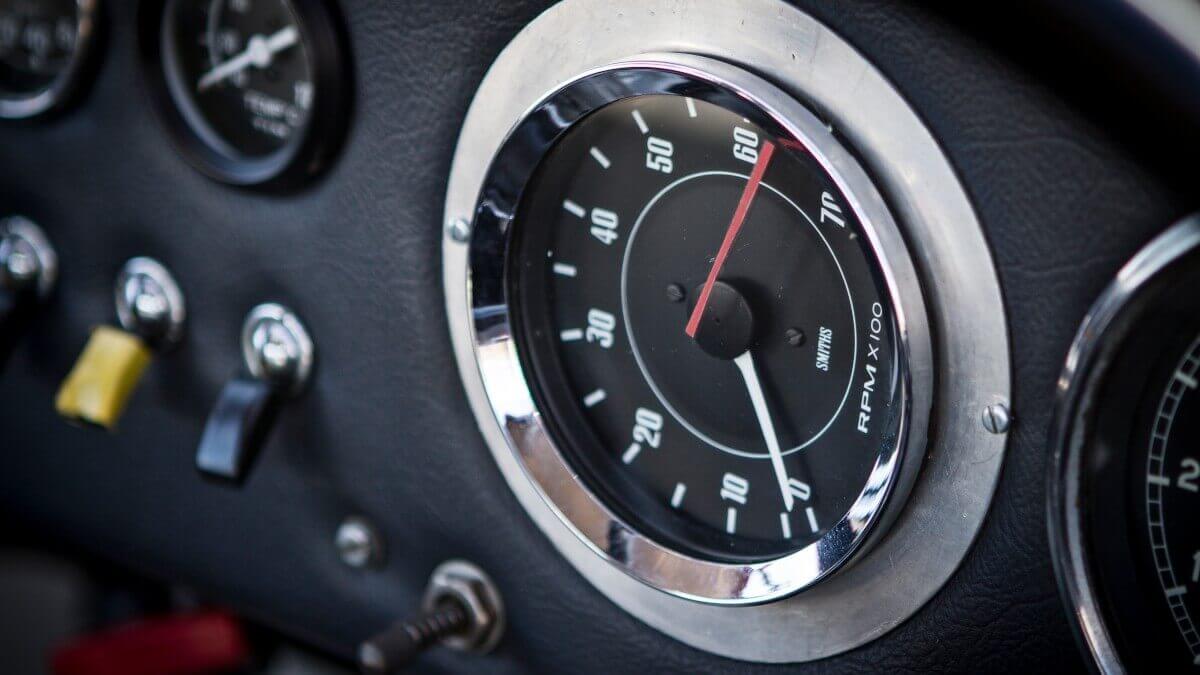 Amazingly Jaguar renounced a direct successor for the Mk II at that time. Instead, they concentrated to the luxury class with the newly developed XJ and for many decades didn’t build another sedan model in parallel. It wasn’t until 1999 that a new vehicle for the upper middle class appeared in the form of the S-Type in retro design. Optically, it was based on both the classic S-Type and the Mk II. However, this design route wasn’t continued with the XF, which inherited the S-Type and is now already being sold on its second model generation. The original couldn’t be reached anyway. This is so popular especially in Japan that there the local carmaker Mitsuoka was able to build its business model on the conversion of common small and mid-range models with the front look of the Mk II. Well-preserved Jaguar Mk II now fetch prices between 20,000 and 60,000 € (depending on model and history).