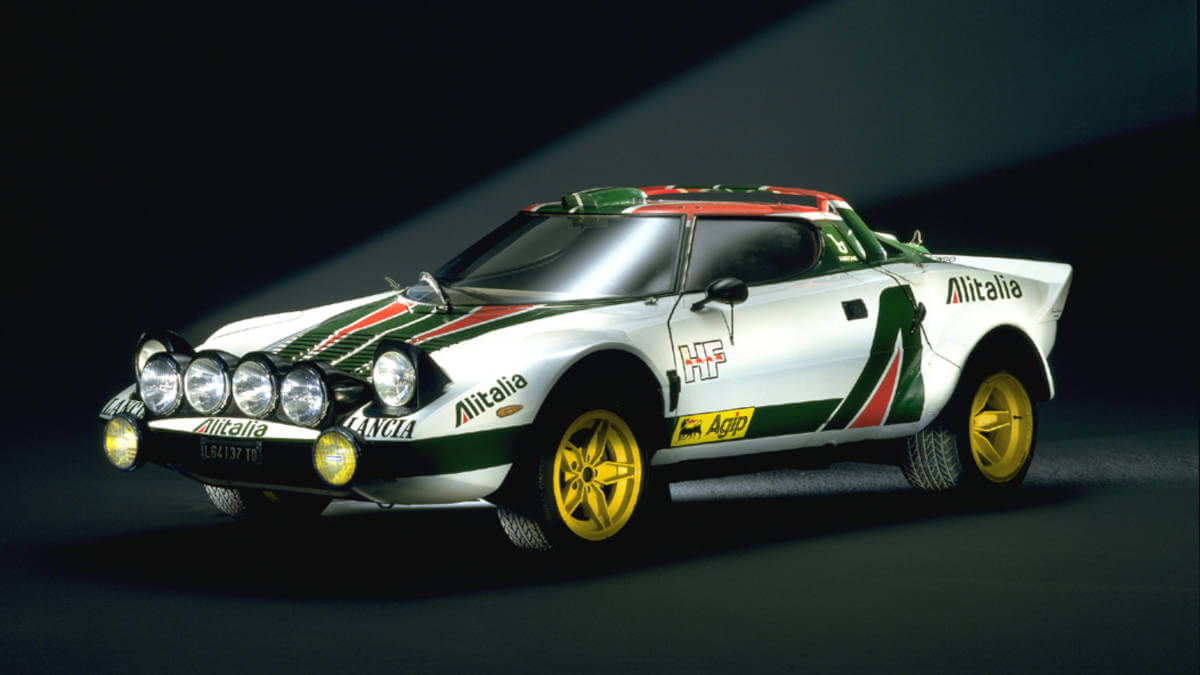 Strictly speaking, this story starts earlier than 1971. Three months earlier. Or a year and a half? The fact is that Nuccio Bertone, head of the design house of the same name, bought a Lancia Fulvia from a friend in 1969. However, he didn’t want to use this car as a new daily, but rather use it as the basis for a new concept car. Until then, Lancia had mainly used Pininfarina and Zagato as designers. Bertone wanted to call himself into mind and asked his designer Marcello Gandini for the styling of an extraordinarily wedge-shaped vehicle for this purpose. This finally debuted in October 1970 at the Turin Motor Show as the Stratos 0 (read “Stratos Zero”). Compared to the base vehicle, everything was changed right down to the chassis, which now had a mid-engine design. There, behind the two passengers, sat the 1.6-liter V4 engine with around 115 hp. You could only get in and out if you opened the huge windshield and climbed over the front section.

From concept to rally car

Unlike many other concept cars, the Lancia Stratos 0 was completely functional. In February 1971, Nuccio Bertone was thus able to respond directly to a telephone call from Lancia headquarters and drive to the motorsport department on its own to demonstrate the car. There the engineers around Cesare Fiorio quickly recognized the potential of the mid-engine concept. Amazingly, however, they didn’t think of a competitor for the sports car class on the racetrack. Instead, Lancia planned a mid-engine sports car as compact as possible as a thoroughbred rally car in Group 4. Up until this point in time, there had only been further developed series vehicles from the lower middle class and middle class for rallying, rarely disturbed by sports cars like the Porsche 904 Carrera GTS and 911 or the Alpine A110. However, the fact that a manufacturer planned a new rally car on a blank sheet of paper and then domesticated it for road traffic was completely new territory. 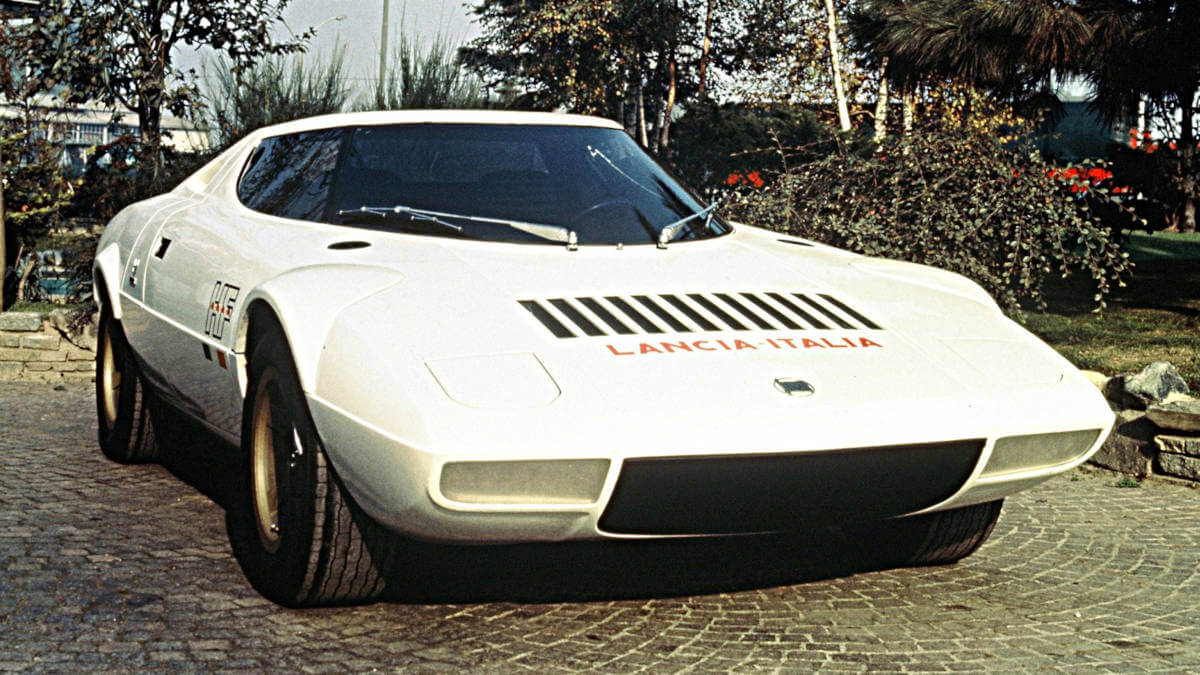 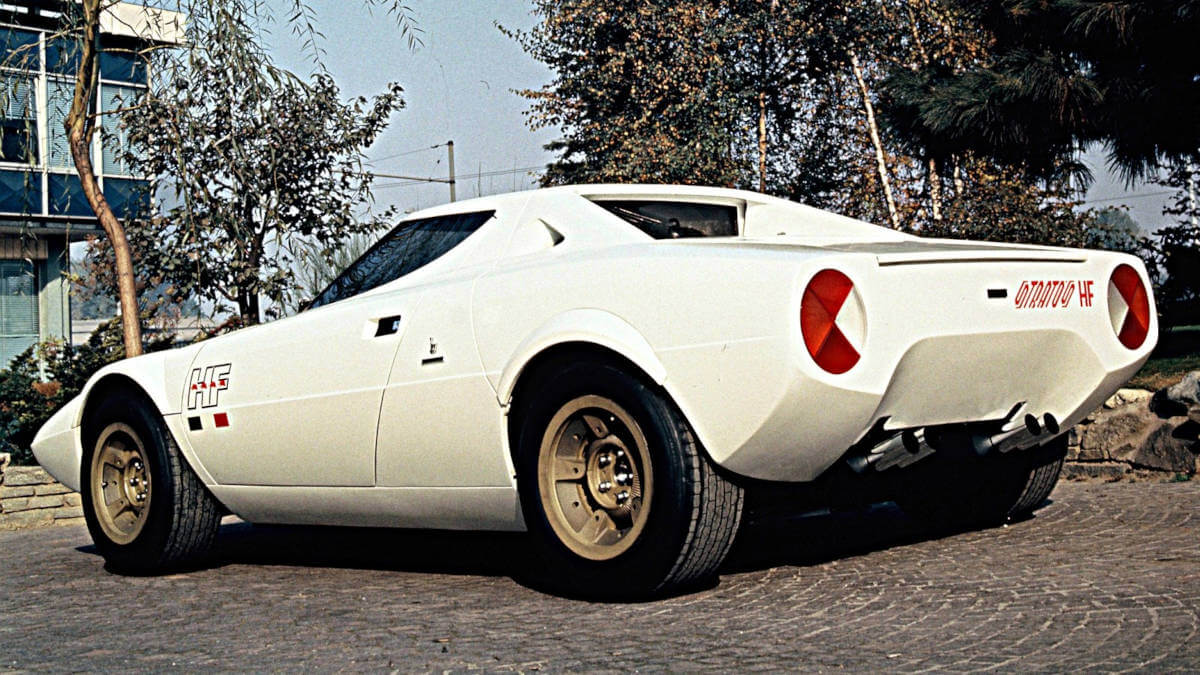 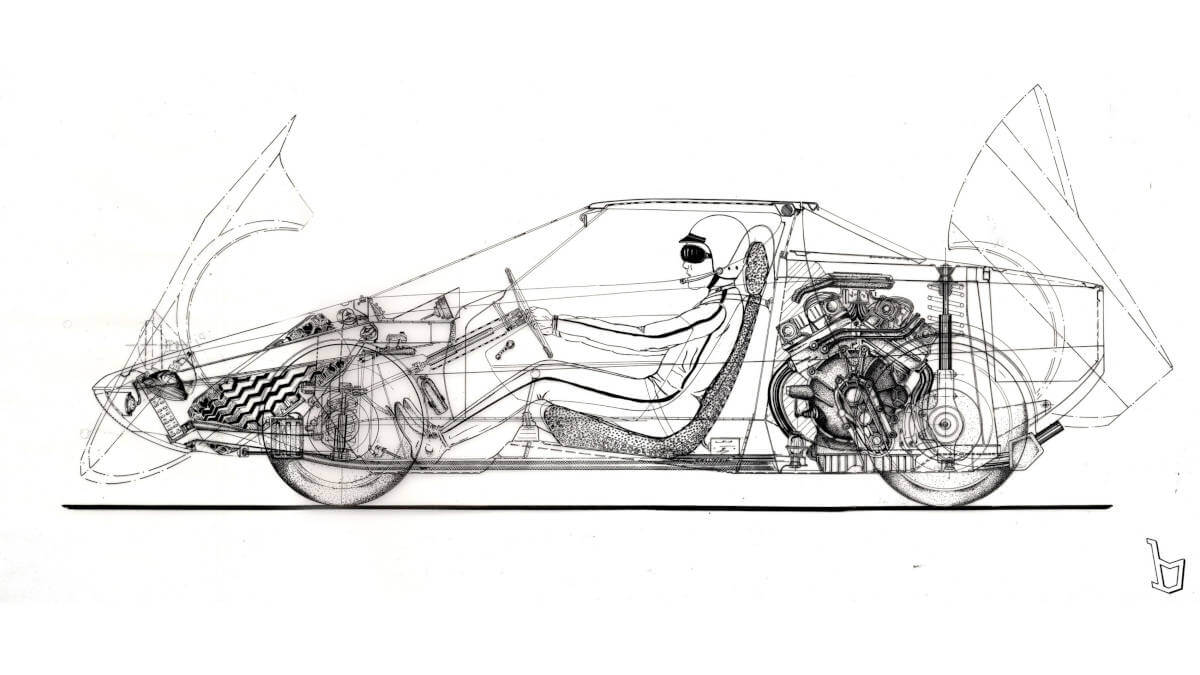 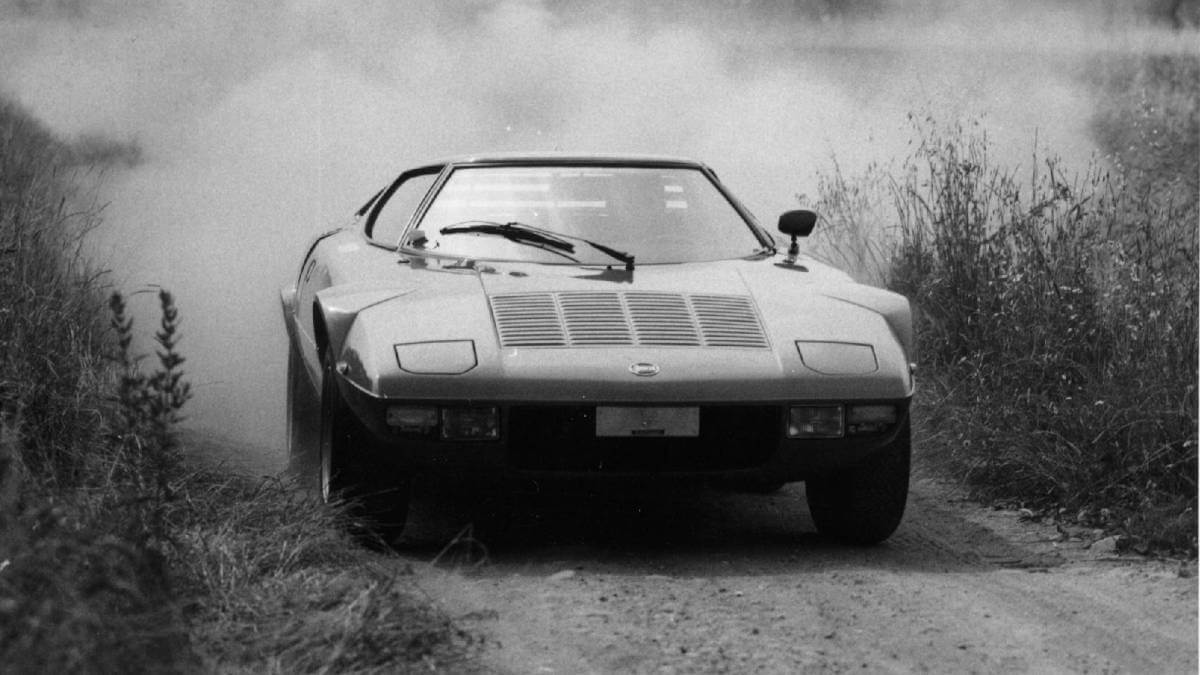 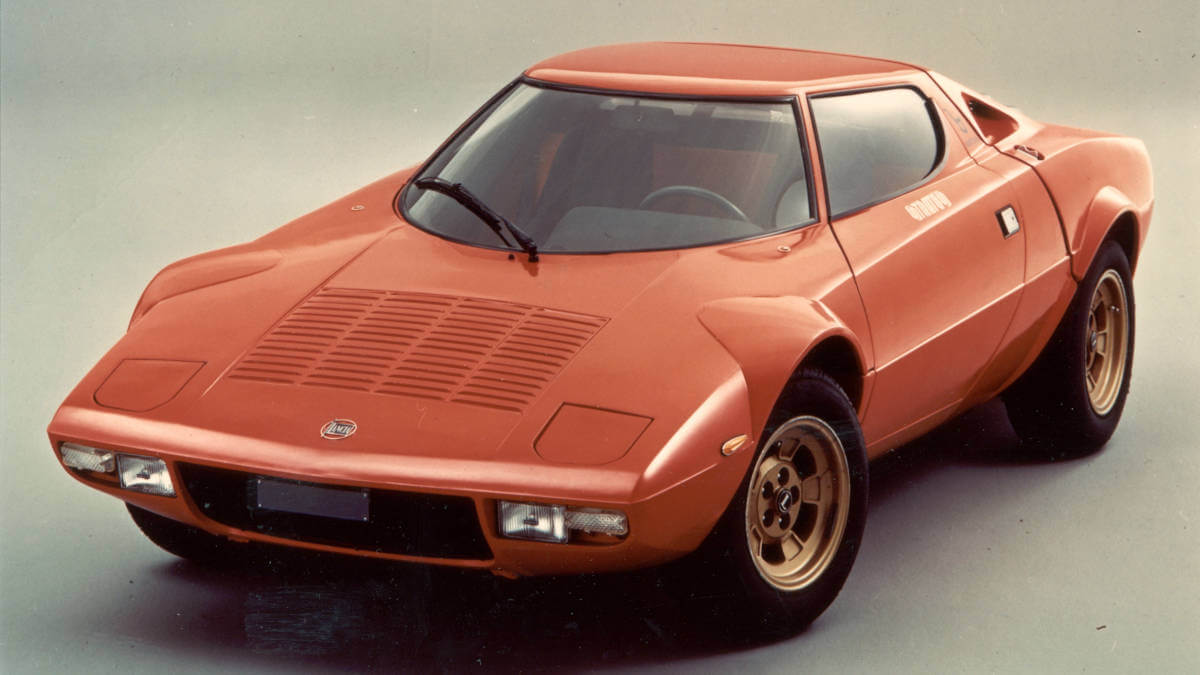 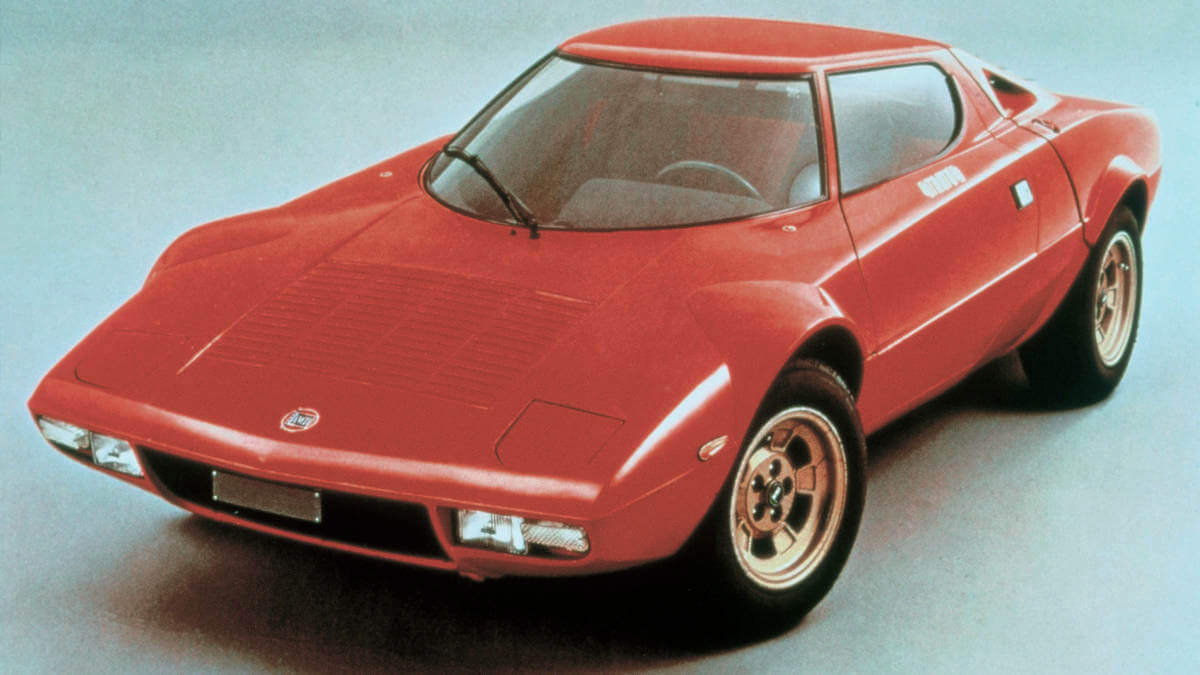 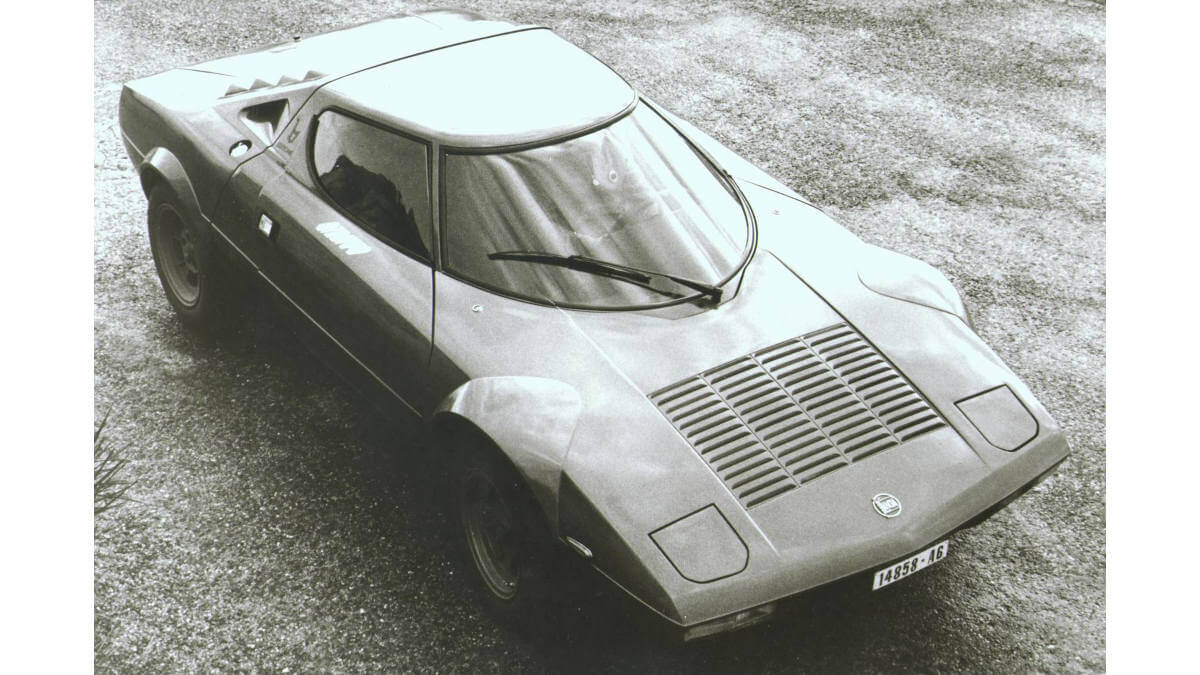 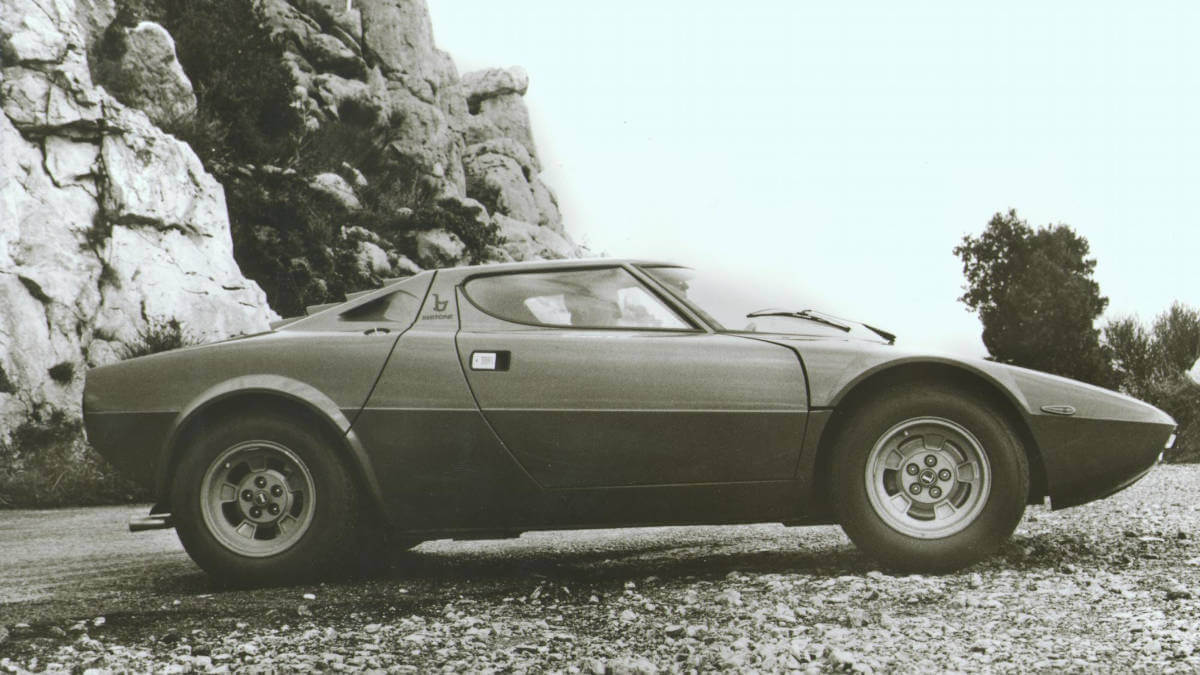 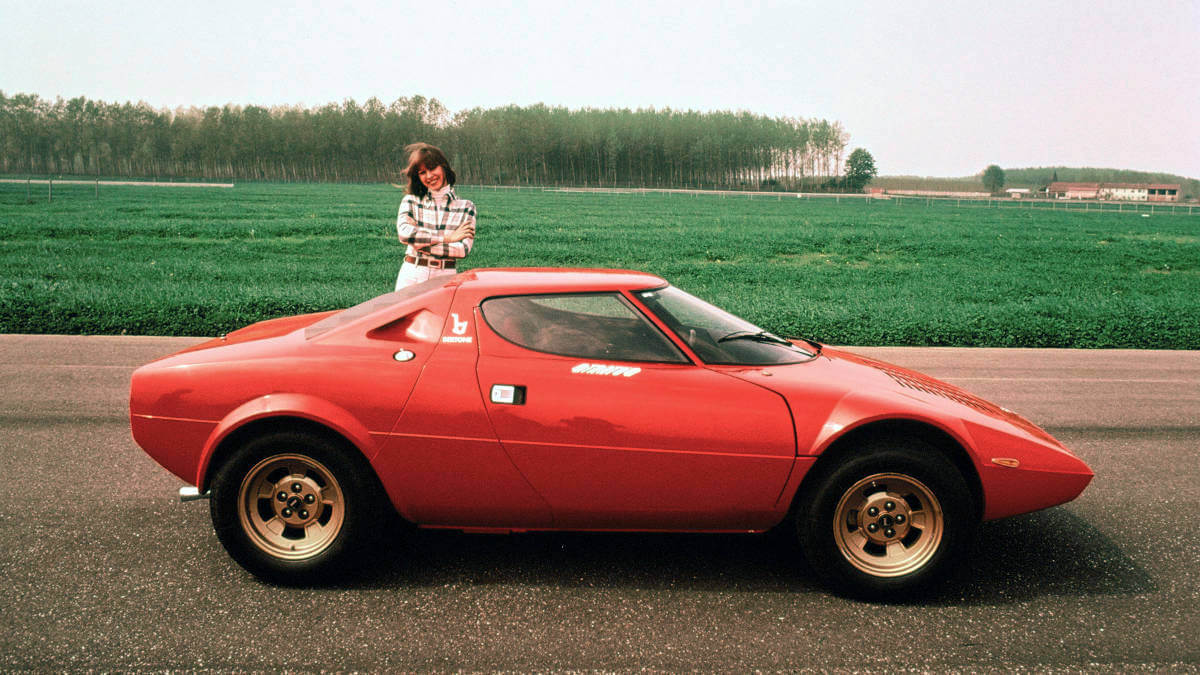 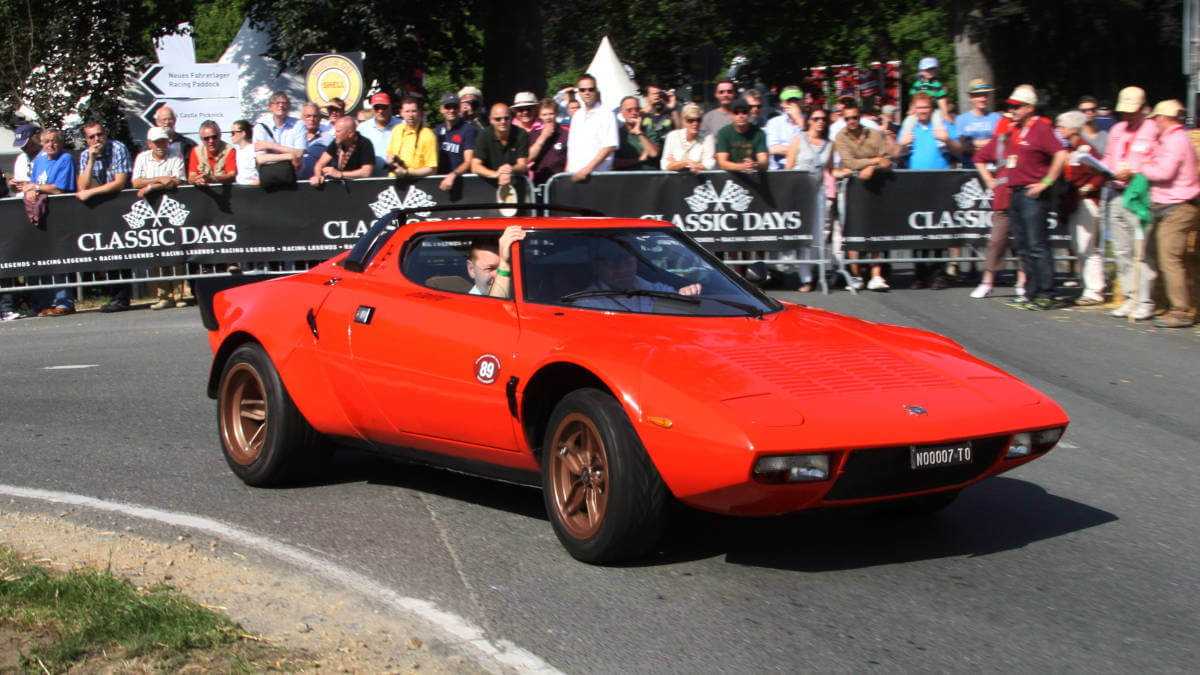 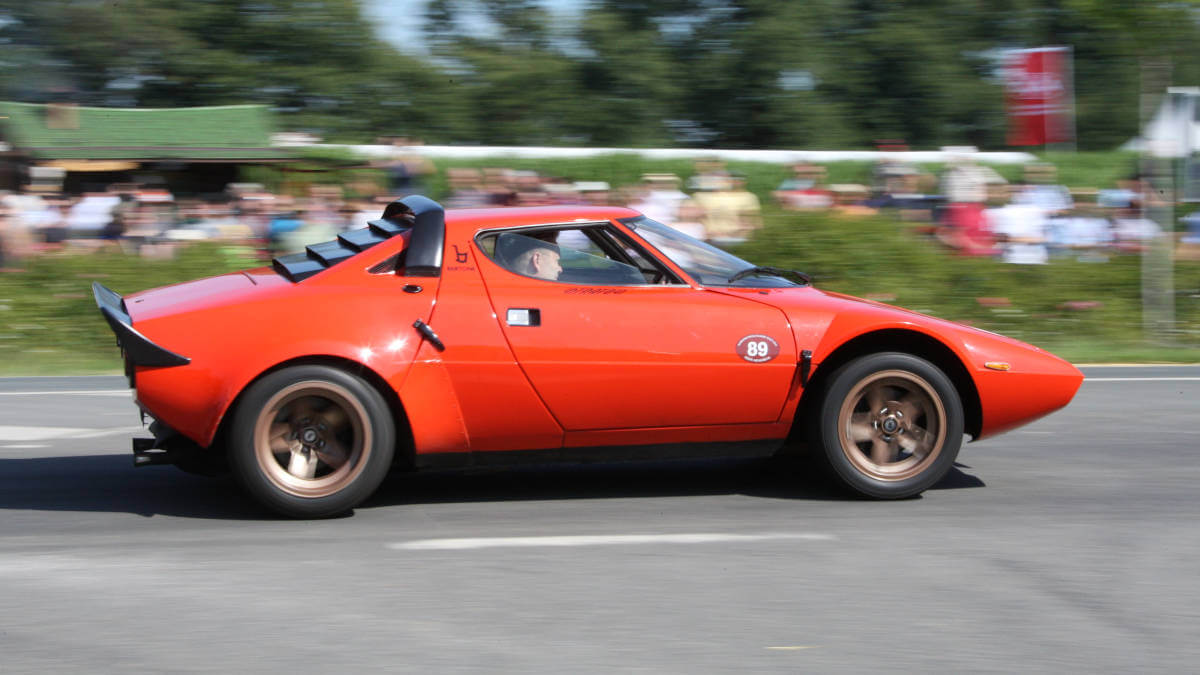 Bertone and Marcello Gandini therefore received the order to develop a corresponding vehicle from the Stratos 0, which is only 84 centimeters high. The name Stratos was retained. Within just a few months, Bertone delivered the desired result. Not much was left of the original design. To be successful in rallying you need a good all-round view. Accordingly, the flat windshield door was omitted in favor of a visor-like windshield that was continued into the normally opening doors. While the body shell was made of steel, Bertone produced the front and rear hoods from fiberglass-reinforced plastic. With an exterior length of 3.67 meters, the wheelbase was just 2.16 meters. Inside, this left little space for the occupants, which was particularly evident in the footwell. This was located between the front wheel arches, which means that the driver sits slightly twisted inward to access the pedals.

When the near-series concept made its debut at the Turin Motor Show in 1971, the drive technology in the rear wasn’t yet final. After testing Beta and Fulvia engines, Lancia was keen to use the 2.4-liter V6 engine from the Dino 246. However, Ferrari didn’t want to hand over any aggregates. It was only when Lancia inquired about the Bora engines from Maserati as an alternative that Ferrari buckled. In the street version “Stradale” the engine finally made 195 hp, which was sufficient for a topspeed of 154 mph. The rally cars had between 250 and 300 hp. However, in the first year of operation in 1972, it wasn’t yet competitive because the test drives hadn’t yet been completed before the first rally. From the following year until 1979, however, the Stratos was able to win numerous rallies. There were also successes in Rally Cross, at the Giro automobilistico d’Italia and in Group 5 of the sports car championship. The Stratos was racing there with a turbocharged engine and up to 560 hp. 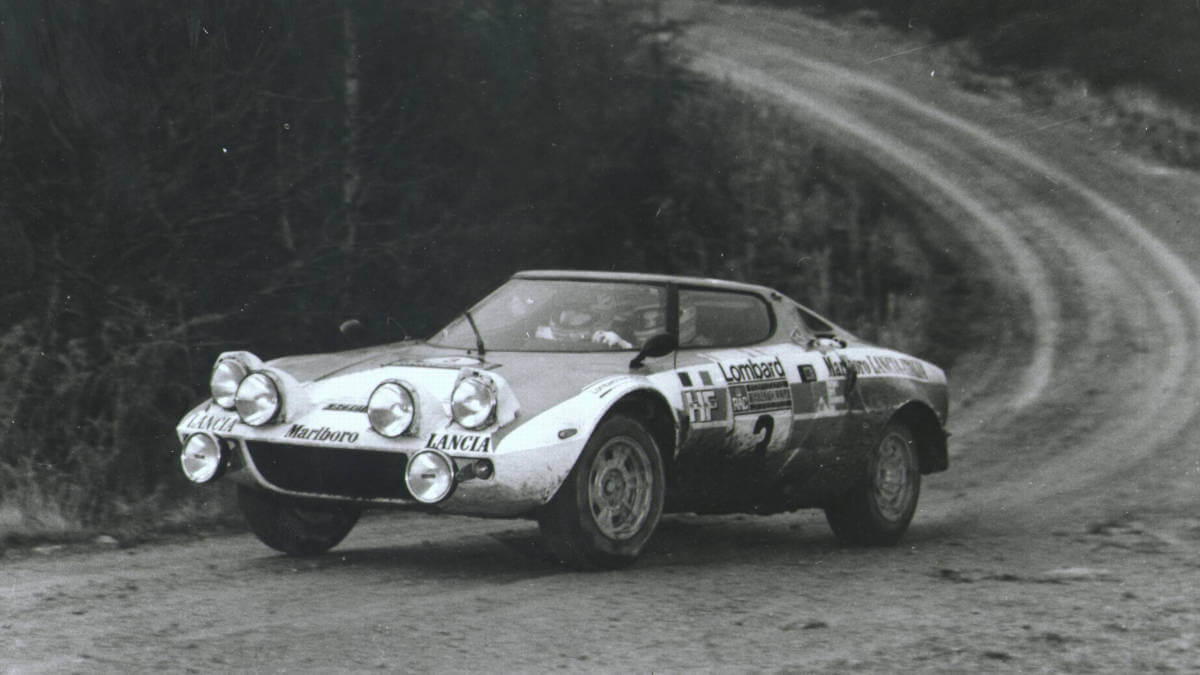 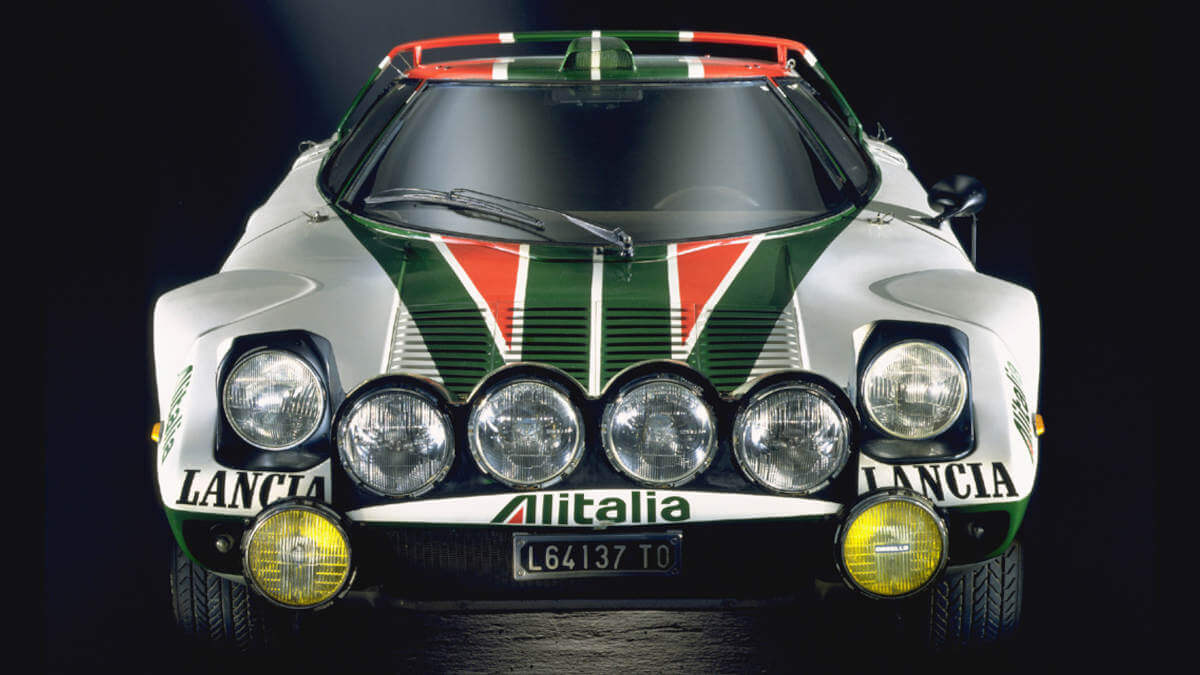 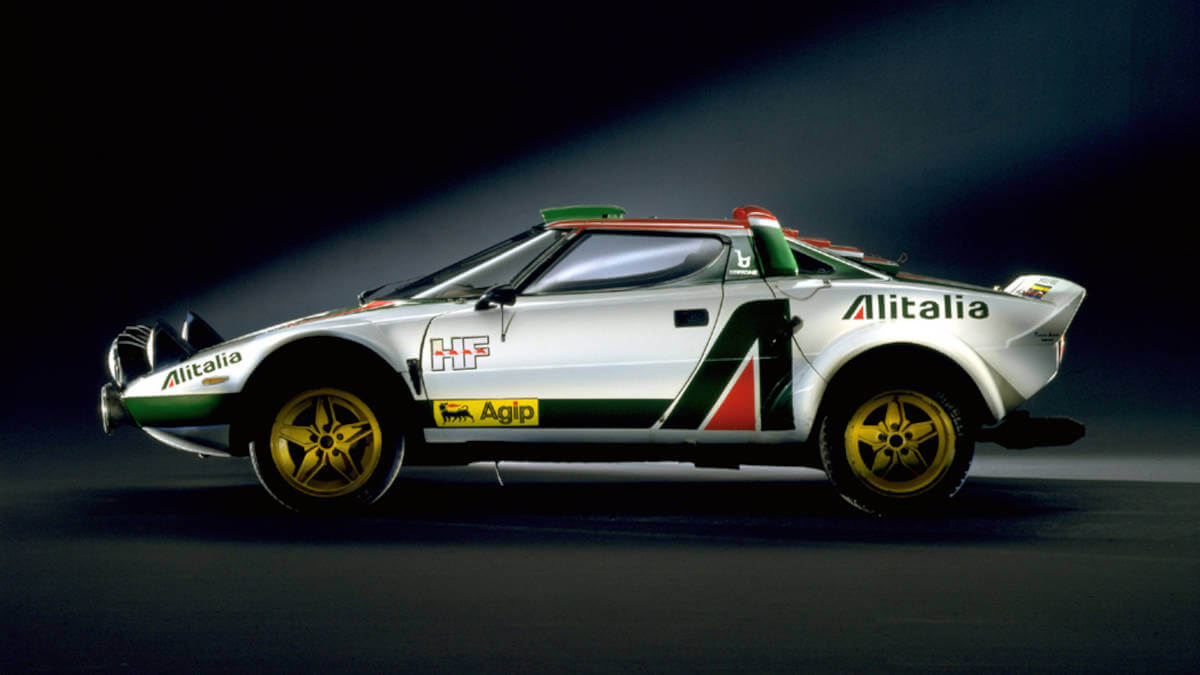 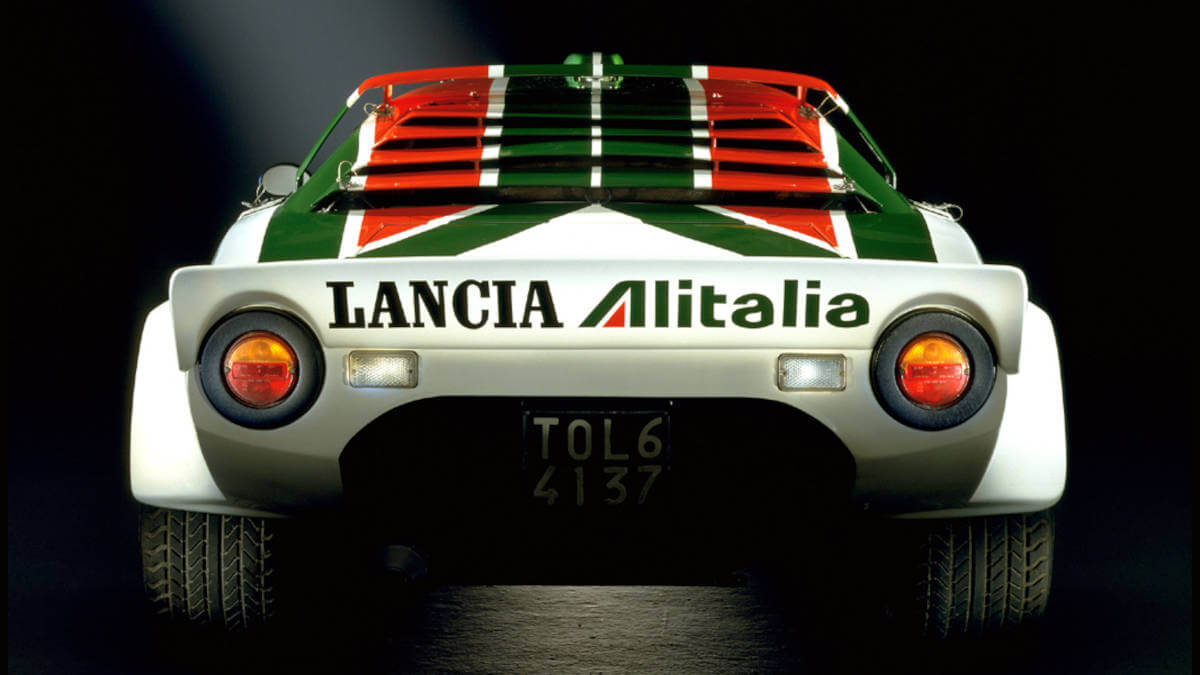 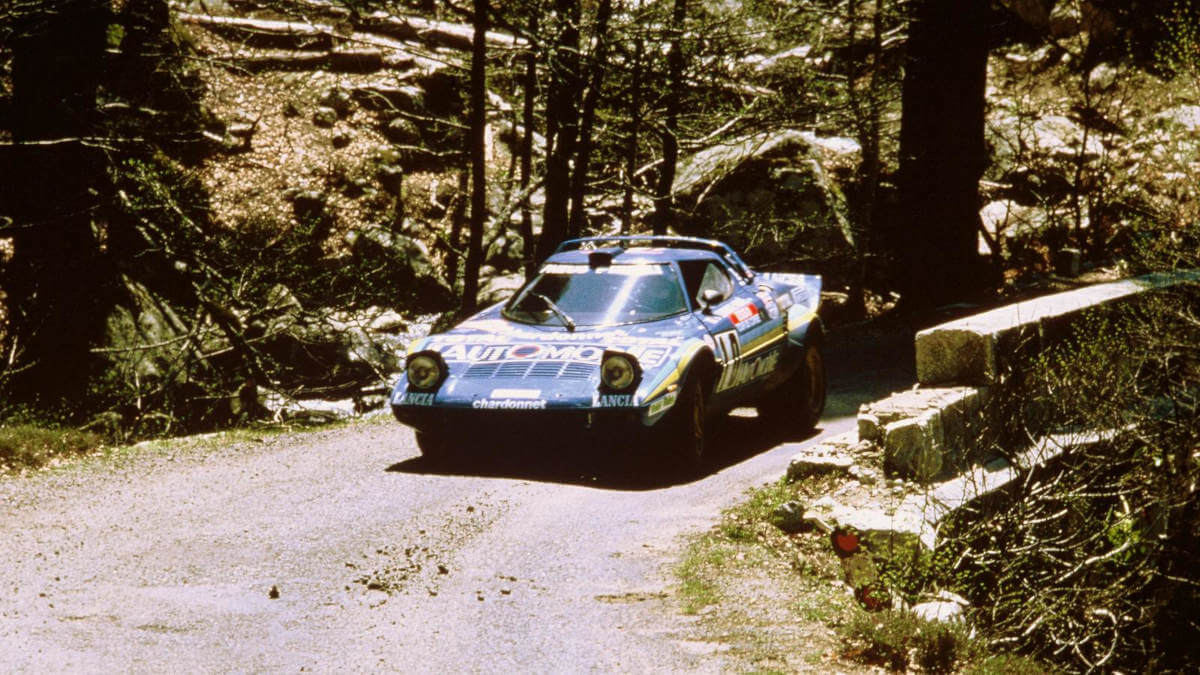 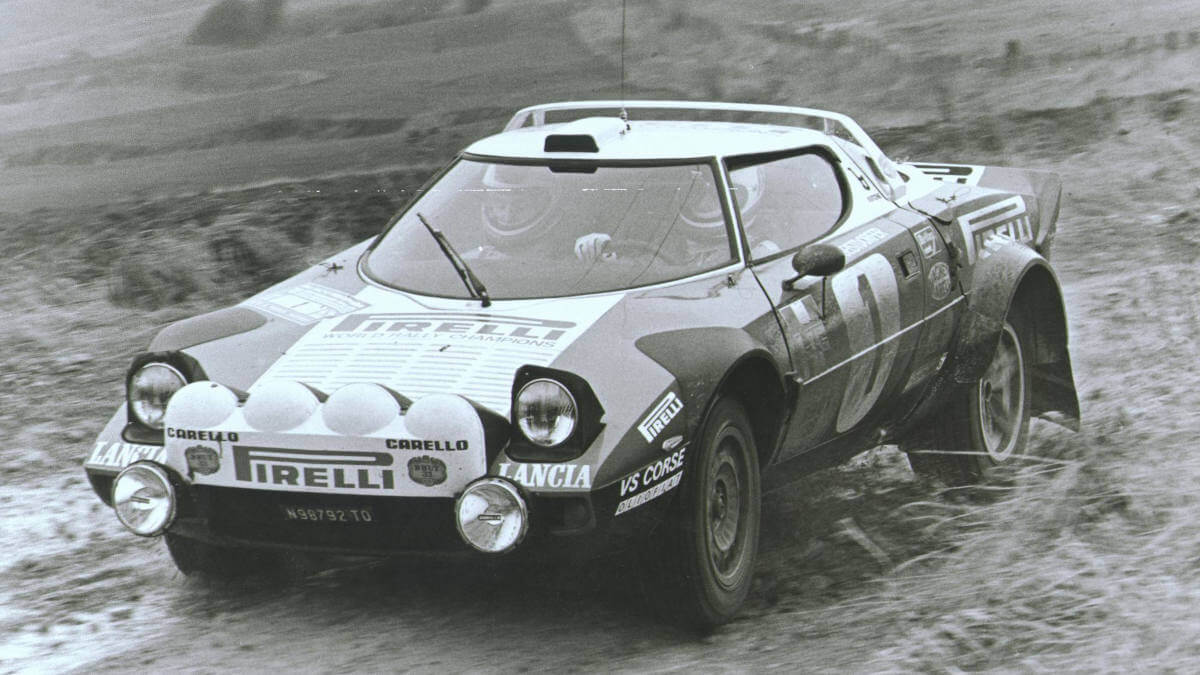 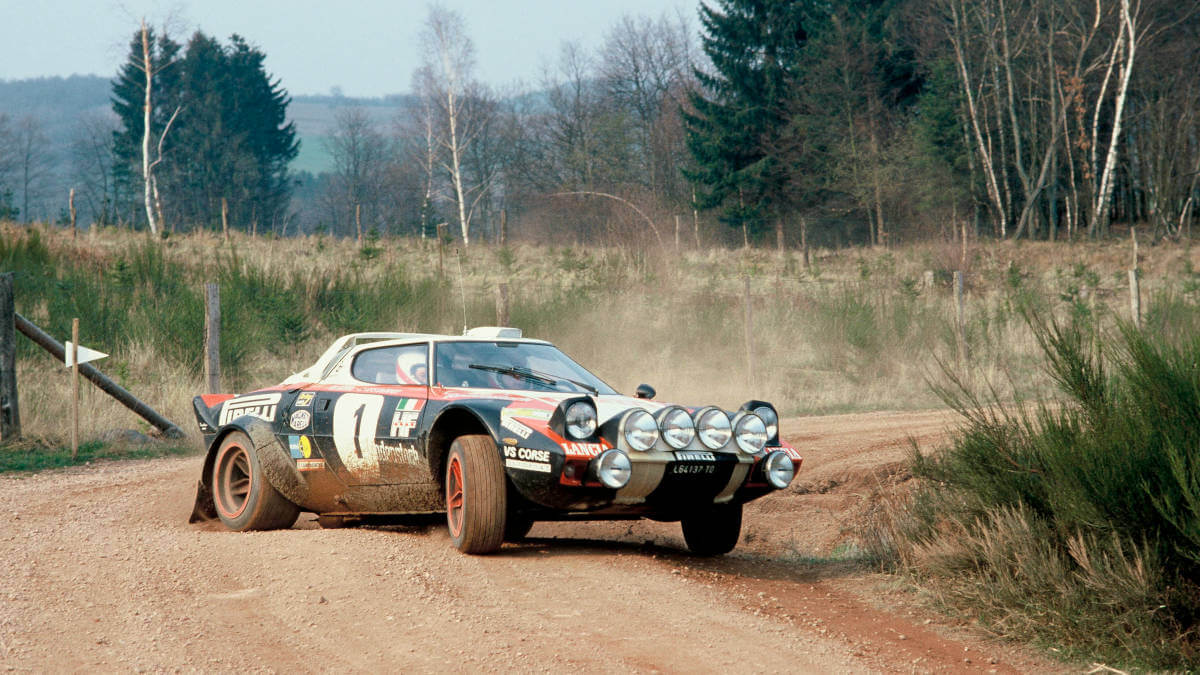 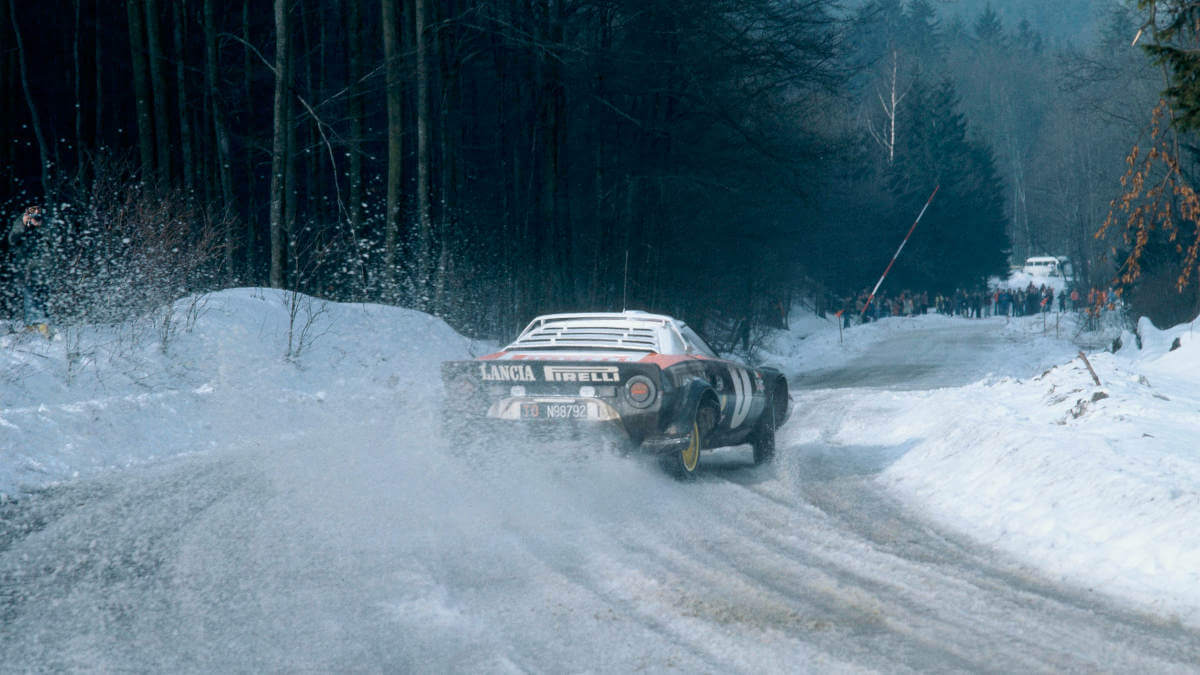 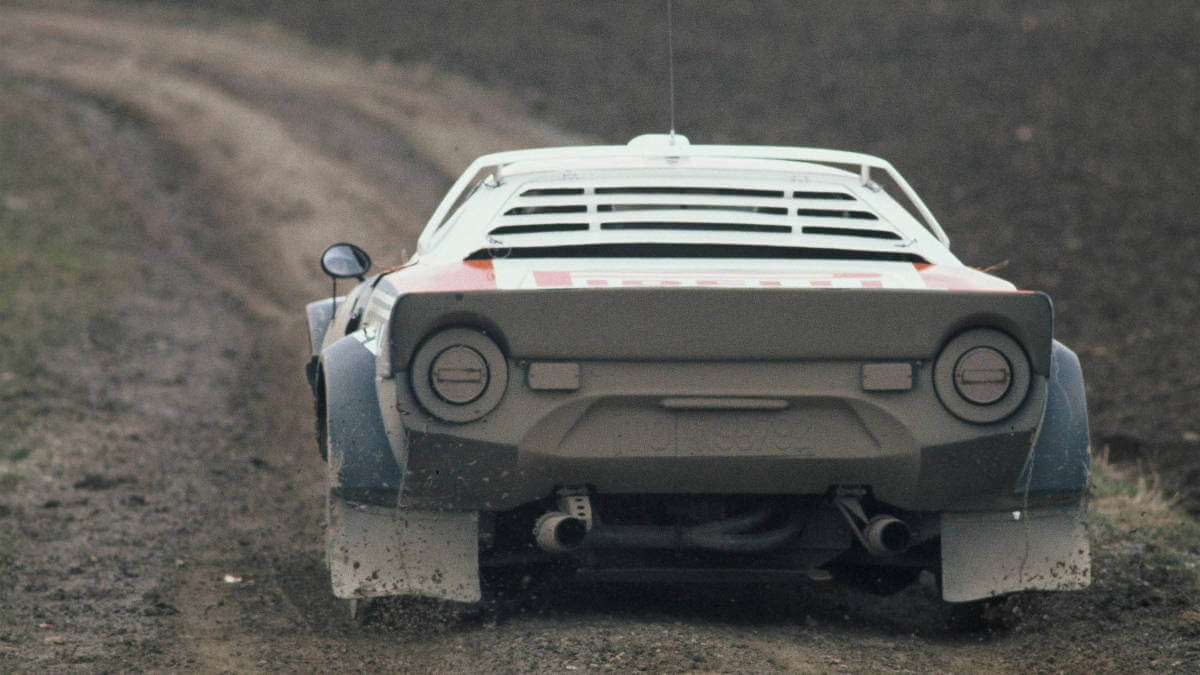 Meanwhile, Lancia dealers in Europe had to try to get at least 500 street legal copies of the Stratos out of their showrooms. This turned out to be difficult because the compact wedge was difficult to drive. Lancia was a little lucky, as the motorsport authority organisation FIA announced not only Group 4 but also the Group 5 prototype class with no minimum number of road vehicles for the rally championships. The Stratos was able to got to the start lines in 1972 and 1973, although not too many road vehicles had yet been produced. It wasn’t until 1974 that the Stratos HF (High Fidelity), which was now equipped with a roof spoiler and rear spoiler, moved to Group 4. In 1976, the FIA also reduced the minimum number from 500 to 400 copies. By this time, depending on the source, between 492 and 495 Stratos had been made and production ended.

A year later, the Fiat Group decided on a central rally project based on the newly developed 131 Abarth Rally. As a result of this internal shift, Lancia lost its main sponsor, Alitalia, and therefore only used the Stratos at European rallies for two years. After the 1978 season, only private teams competed with the rally wedge, with Bernard Darniche setting the tone with overall victories in the Monte Carlo Rally and Tour de Corse 1979. In 1981 he succeeded in doing this again at the Tour de Corse. At the dealerships, however, some Stratos HF Stradale were still standing around. Rumor has it that the last few cars were sold new in German for less than DM 15,000 in the early 1980s. Anyone who made such a deal back then and still owns the car today made a good investment. Good specimens fetch over € 500,000 at auctions. In 1978, Bertone again put a hand on a Stratos and created the Sibilo concept car.