As early as August 1974, Volvo started to produce the 200 series as 242, 244 and 245. The last number indicated the number of doors and the second the number of cylinders. With the same bodies, the 262, 264 and 265 with six-cylinder engines were also available as alternatives. In September 1980 Volvo added the 240 Turbo to the model range, the first turbocharged petrol engine in their history. Volvo had had experience with exhaust gas turbochargers for large trucks with diesel engines since 1954, when it debuted in the L395 Titan. Other manufacturers were quicker to implement it in motorsports and series production vehicles, but only used the turbochargers in sporty models. Volvo, on the other hand, shifted the performance characteristics to a comfortable sedan for the first time. As 245 Turbo, the car even became the first turbocharged station wagon in the world. From 1982, the four-cylinder models were uniformly called 240, while the six-cylinder sedans production ended. The 260 station wagon was still available on some markets until the end of 1984.

Also successful in the USA

The turbocharged engine was based on the legendary robust B21ET four-cylinder engine with a displacement of 2.1 liters, which developed 114 kW/155 hp. So it nearly had the same performance level as the top-of-the-range 264 GLE. In comparison, however, the 240 Turbo had significantly lower consumption figures, especially in city traffic. Already at 1,400 rpm, i.e. just above idle speed, the relatively small turbocharger responds, providing a maximal boost pressure of 0.72 bar. The station wagon accelerated from a standstill to 62 mph in around nine seconds, making it the fastest station wagon in the world for a short time. In the USA, the driving pleasure of driving the 240 Turbo up to the speed limit of 55 mph on the interstates was specifically advertised. The new engine was subjected to a special stress test by the Swedish police before series production was launched, as they received some prototypes as patrol cars. After the results were extremely convincing, several other police authorities worldwide added the 240 Turbo to their fleets. A final OK for the start of production was given the then Volvo CEO Pehr Gyllenhammer, after he received his red painted 240 Turbo pre-series company car in 1979. For tax reasons, customers in Italy and Finland received independently developed 240 Turbo models with a displacement of only 1.9 liters. For the 2.1-liter engine, a larger intercooler was available in North America from 1983. 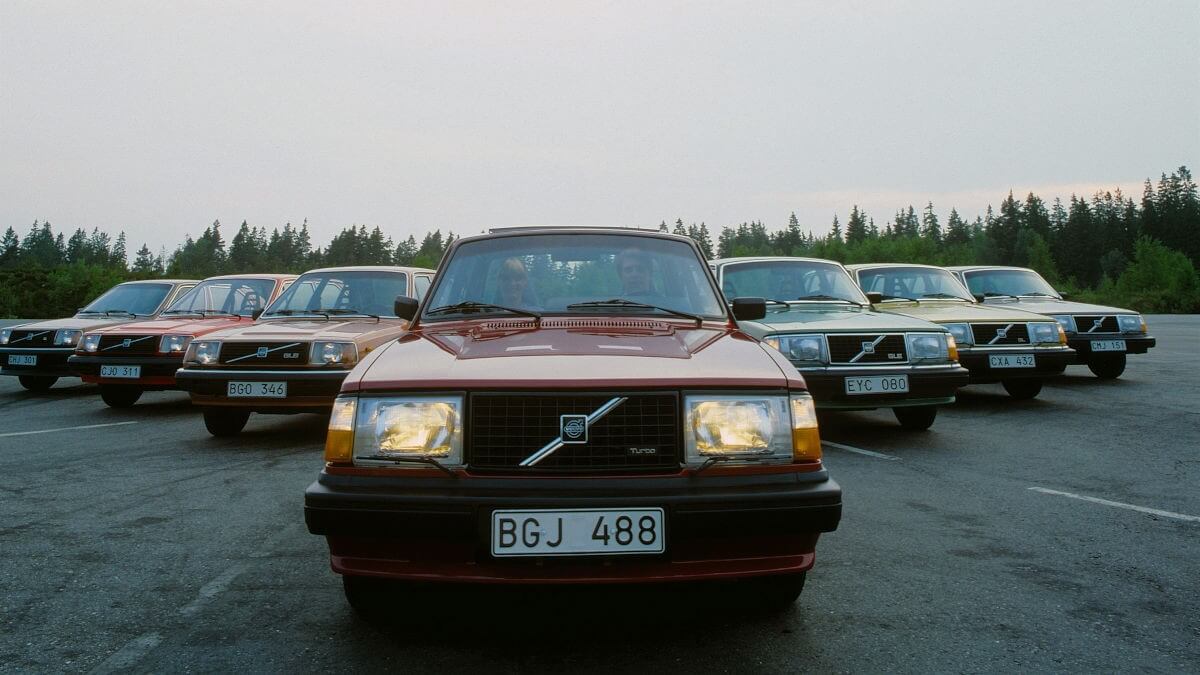 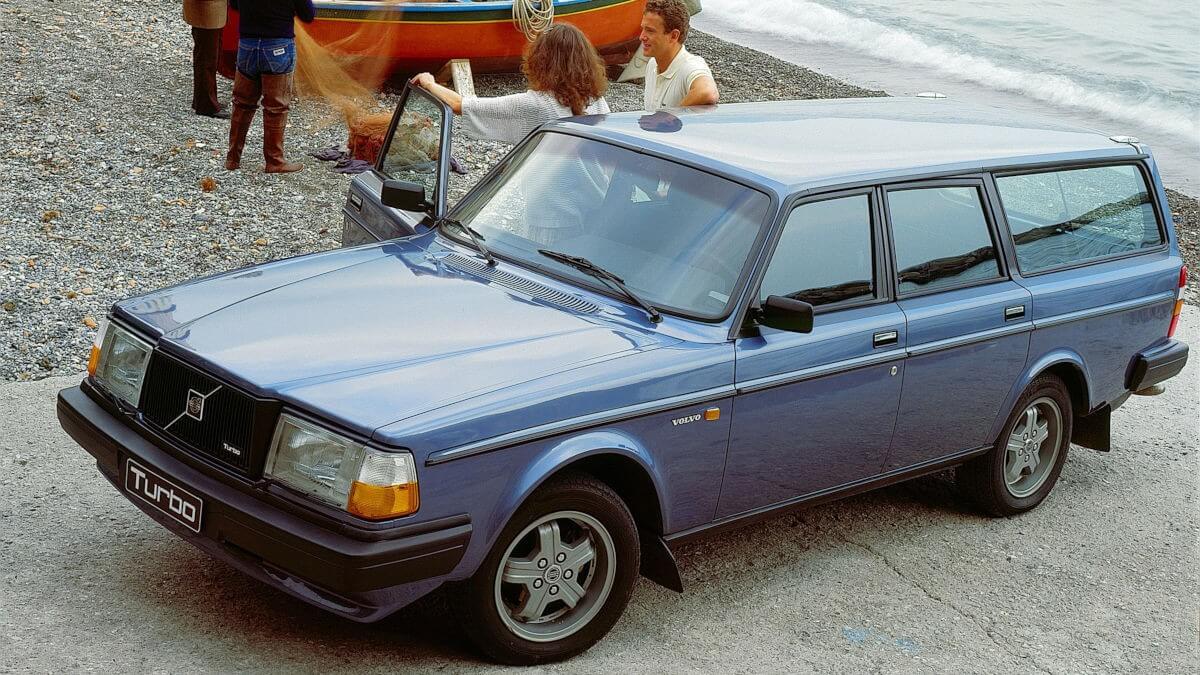 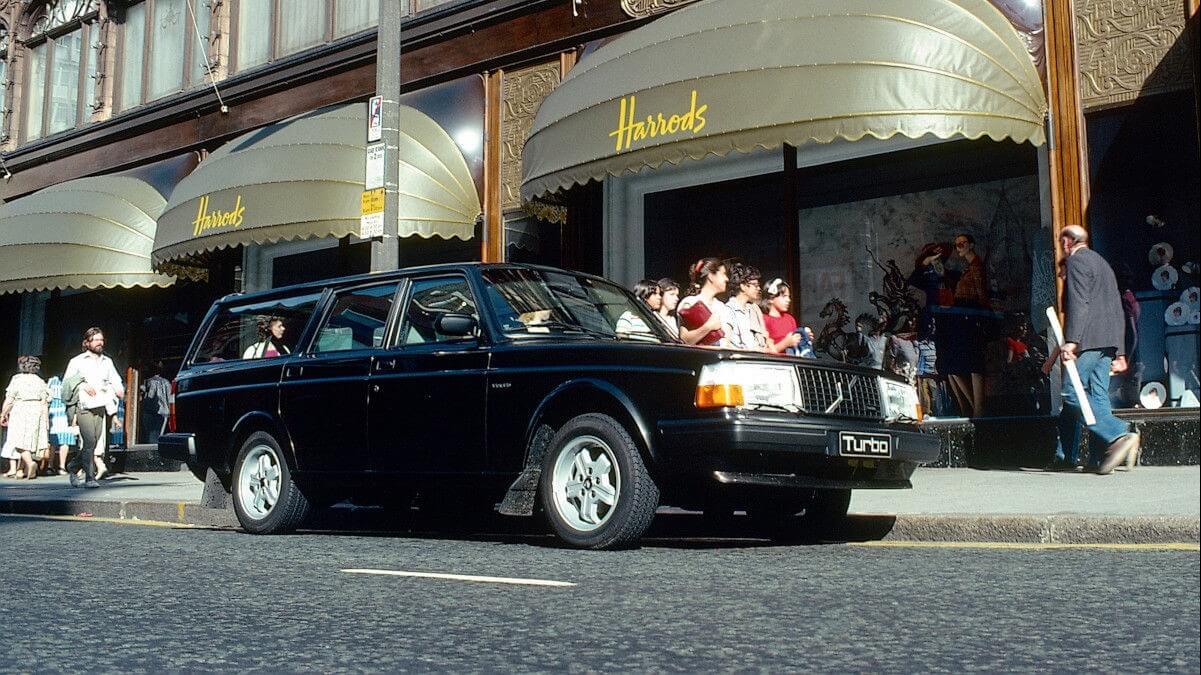 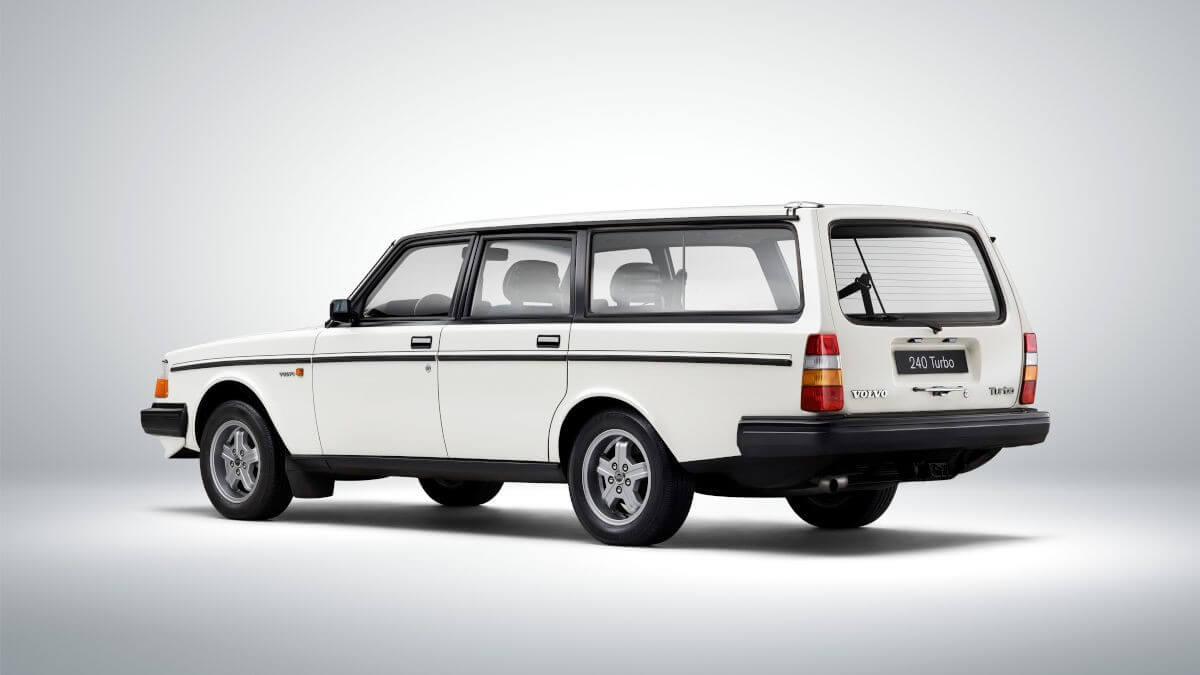 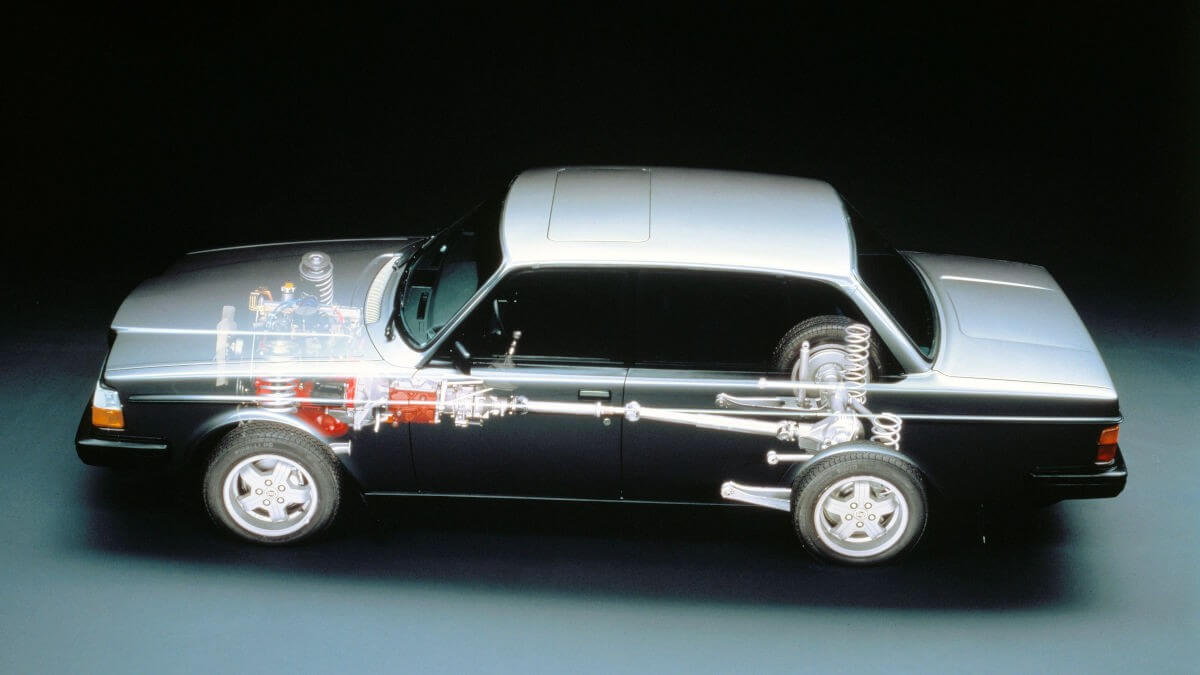 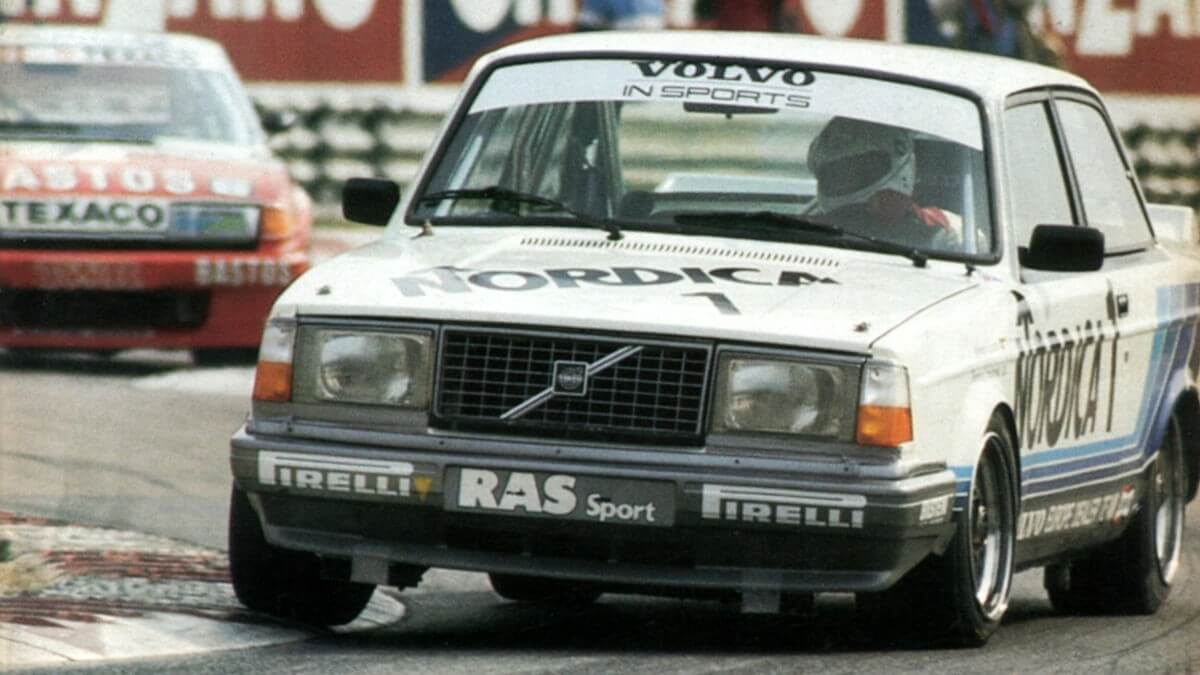 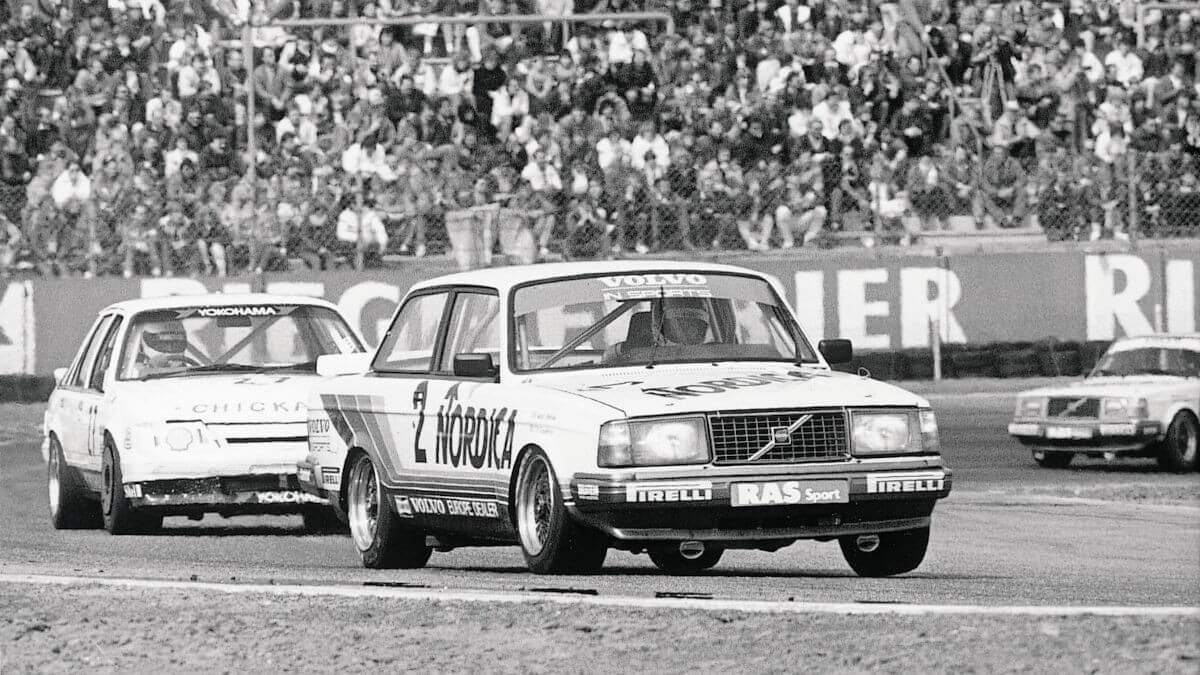 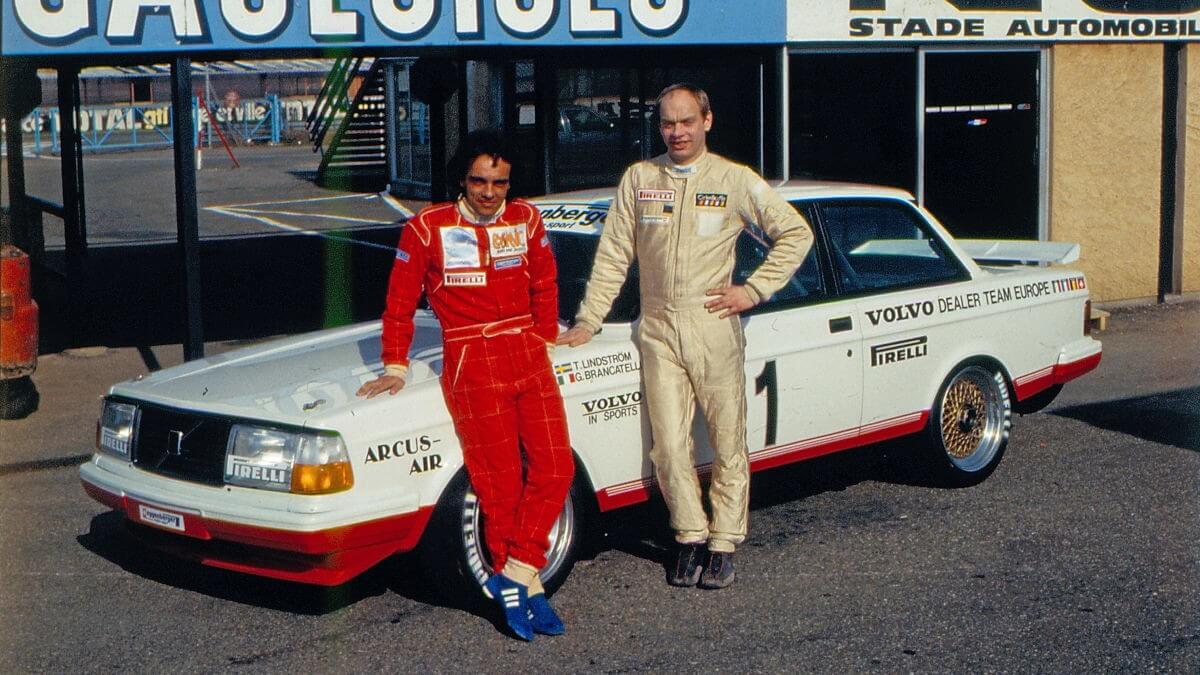 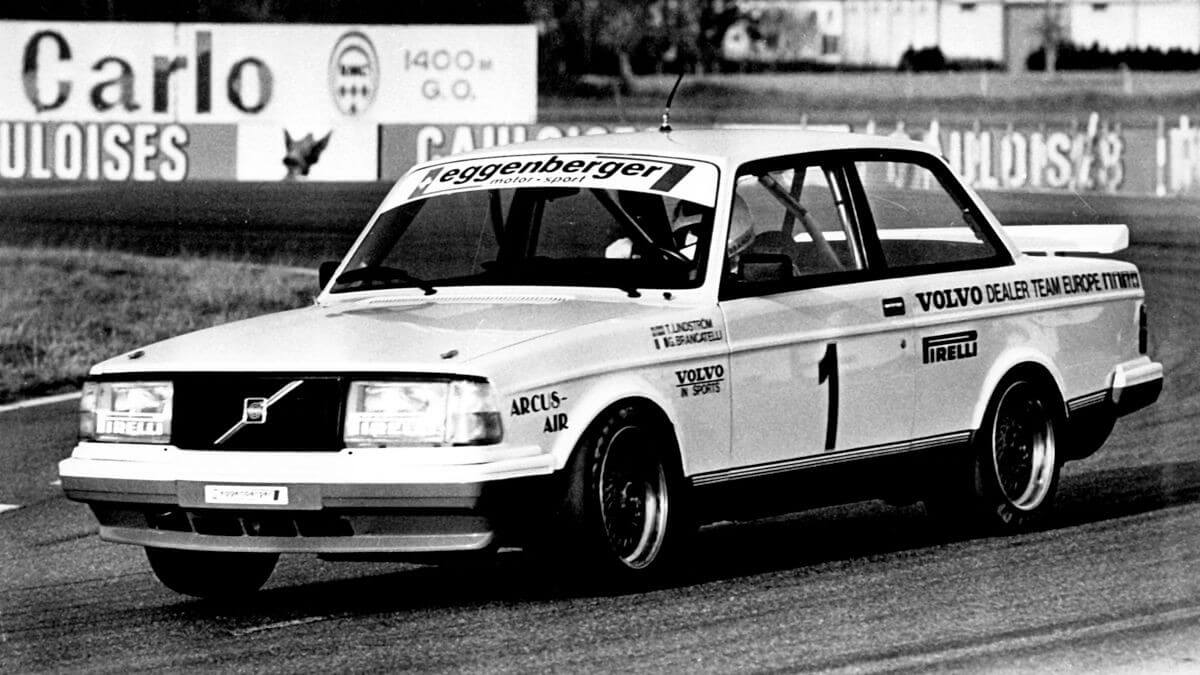 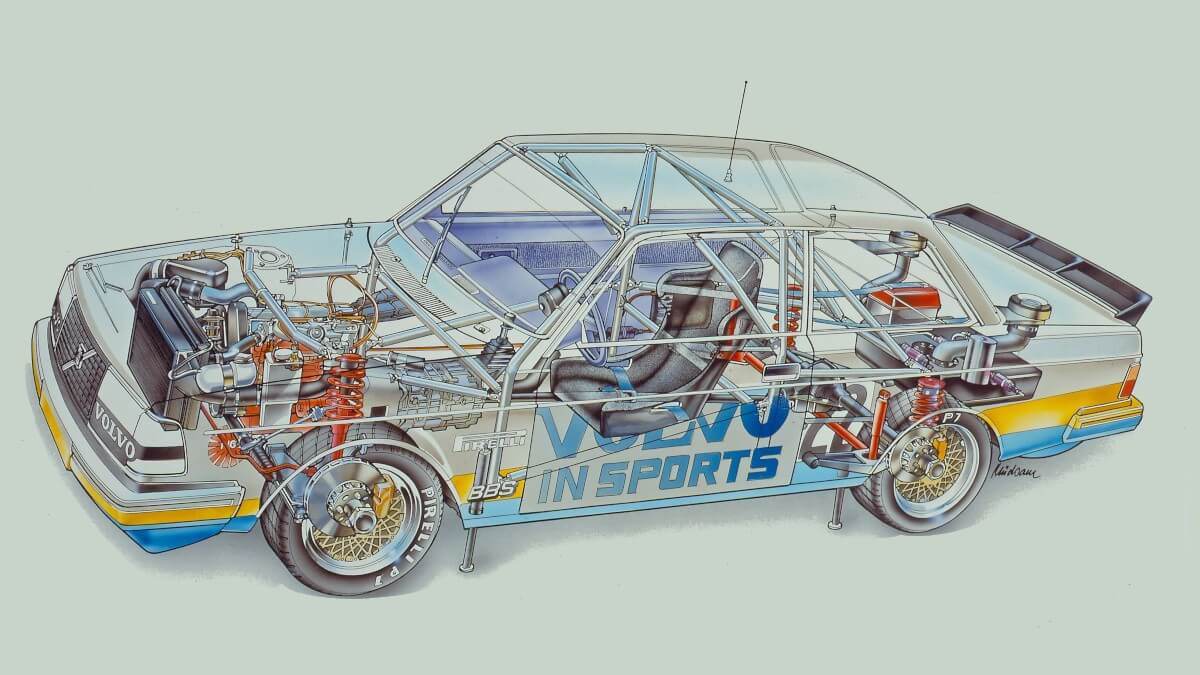 While the four-door sedan and station wagon were the most popular models in Europe, the two-door sedan quickly became the darling of motorsports enthusiasts. As early as 1982 Volvo organized the in-house Turbo Cup in Sweden, for which 240s with retrofitted turbokits from Volvo R-Sport were also approved. In the same year, the two-door 240 Turbo received homologation from the FIA for the new Group A regulations in touring car racing. To this end, Volvo developed the 240 Turbo Evolution homologation series, limited to 500 units, with a larger turbocharger, water injection, new engine software and wider wheels. The Swedish private team TL-Racing-AB built the first racing cars for 1983, which competed in the ETCC and finished in a great seventh place at Donington Park. In 1984, the ‘flying brick’, as fans called the car, achieved a debut victory in the DTM, where it won the title the following year as well as in the ETCC. The following 1986 season in the ETCC was a debacle for Volvo due to various scandals and disqualifications and led to the end of the factory involvement in motorsport for many years. However, private drivers continued to successfully use the 240 Turbo for some time in touring car and hillclimb races up to the Pikes Peak Hillclimb.

A total of around 2.7 million Volvo 240 rolled off the production line. With this model, the Swedes consolidated their reputation for particularly safe vehicles. In addition to the characteristically angular safety bumpers at the front and rear, the car’s most convincing feature was its occupant safety, which was also confirmed by the NHTSA (US safety authority for cars). They elevated the 240 to the status of a reference vehicle in safety research in 1976. From the same year, the model series also took on a pioneering role in environmental protection, as it was now delivered with a controlled three-way catalytic converter and lambda sensor – but in this version only to California for the time being. Volvo also used the turbo technology in the following models, such as the 760 turbo diesel, the 480 Turbo with front-wheel drive or the 850 R with four-wheel drive. Today, this technology is part of the downsizing strategy of all manufacturers worldwide.