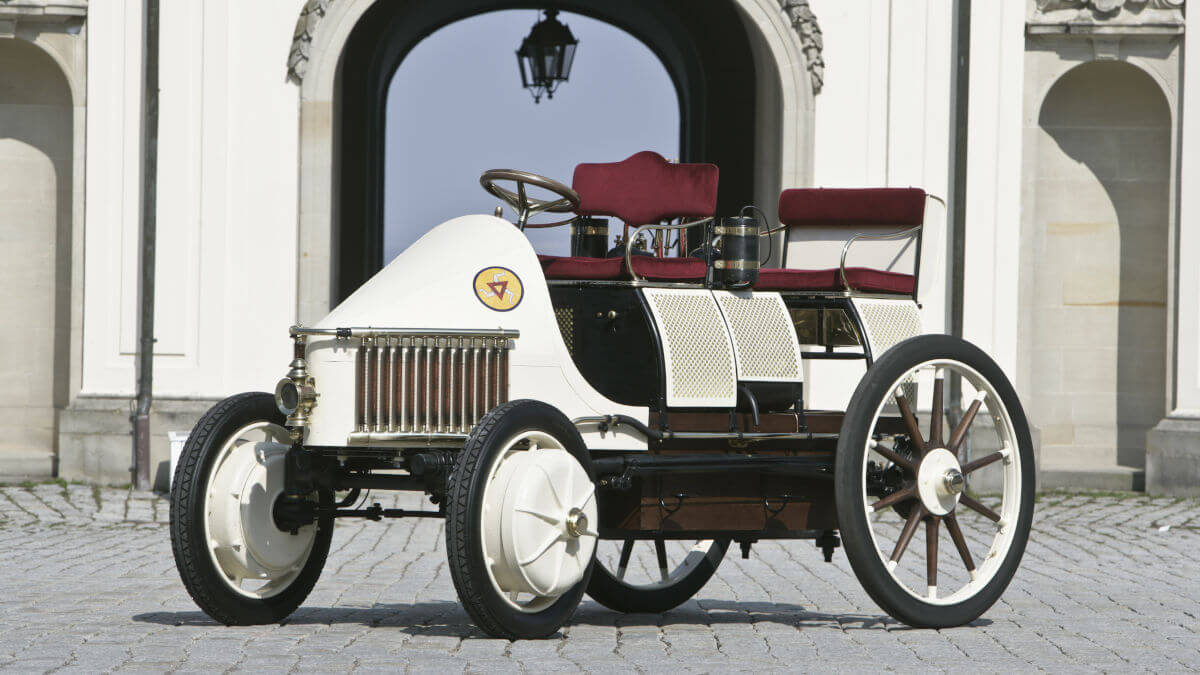 120 years ago, the Lohner-Porsche with wheel-hub electric motors made its debut at the world exhibition in Paris.

Currently, discussions about the change in mobility away from the combustion engine and towards electric vehicles are running through newspapers, magazines, television reports and online news. Many people who aren’t familiar with the development of technologies believe that ‘new drives’ should be given preference. What they fail to realize is that neither hybrid vehicles nor electric cars are a new idea of the 2000s. They are as old as the automobile itself. An important name in the development of this drive technology was a certain Ferdinand Porsche. He grew up in Maffersdorf (today Vratislavice nad Nisou) in the Czech Republic, which at that time belonged to the Empire and Kingdom of Austria.

One of the pioneers was Ferdinand Porsche

Early on he was interested in the upcoming electrification of streets, factories and houses, which is why he equipped his father’s local tinsmith workshop with electric light without his father’s knowledge. After an apprenticeship as a plumber, evening classes at the Reichenberger Staatsgewerbeschule and a few theory lessons at the Vienna University of Technology, which he attended without being enrolled as a student, Ferdinand Porsche started as a mechanic at the Vereinigte Elektrizitäts-AG Béla Egger in Vienna. He was quickly promoted to head of the testing department and, on behalf of Ludwig Lohner, developed the first wheel-hub electric motor, for which he was granted a patent in 1896. Three years later, after disagreements, he resigned his post and moved to Lohner-Werke, a wagon and carriage construction company in Vienna that had existed since 1821 and was the official supplier to the court of the imperial and royal monarchy in Austria as well as the royal houses of Sweden, Romania and Norway. Company boss Ludwig Lohner already saw the future in electric propulsion at that time, as the air was “mercilessly spoiled by the large number of gasoline engines”. 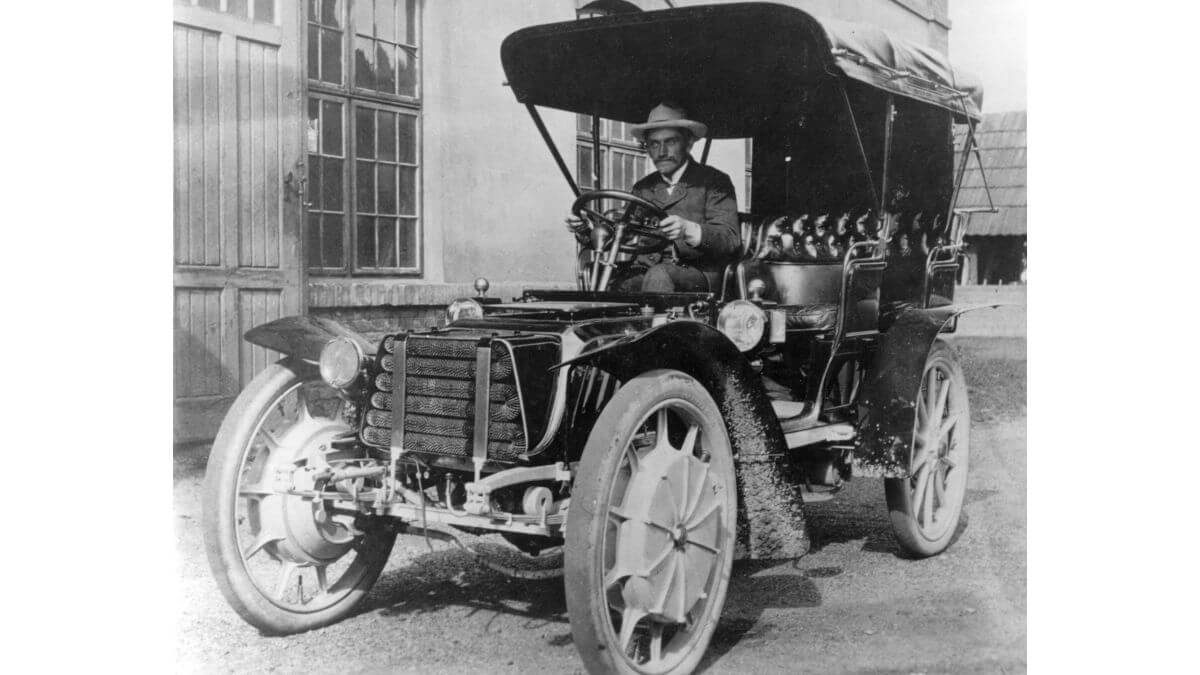 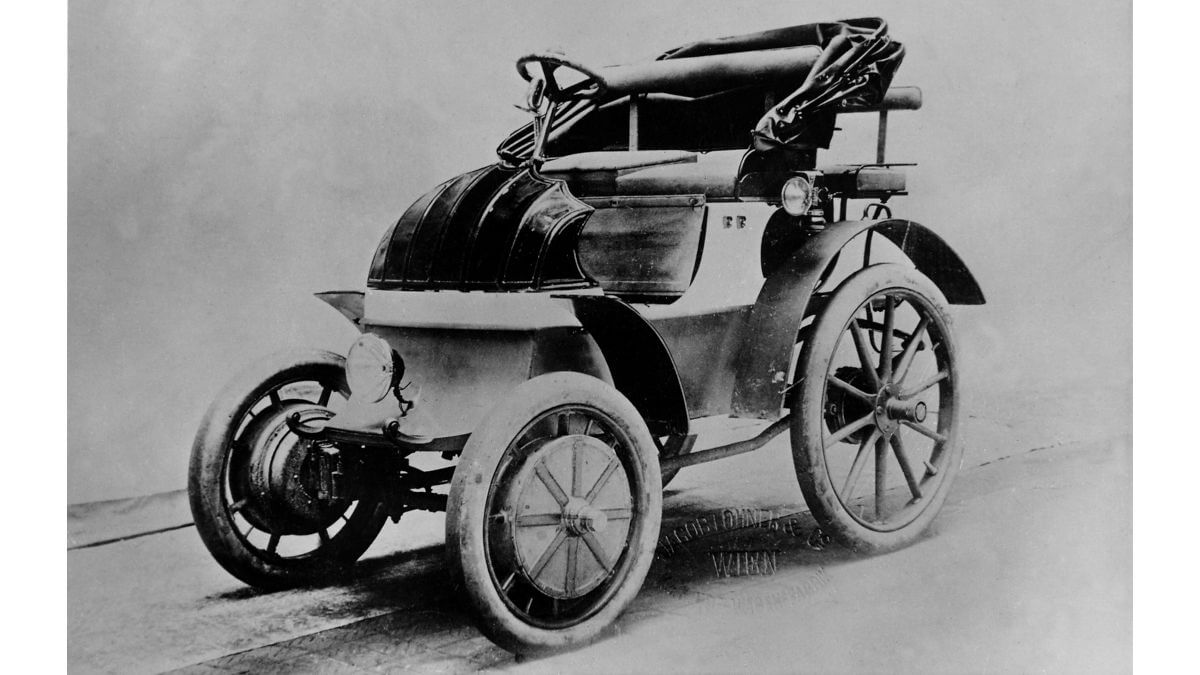 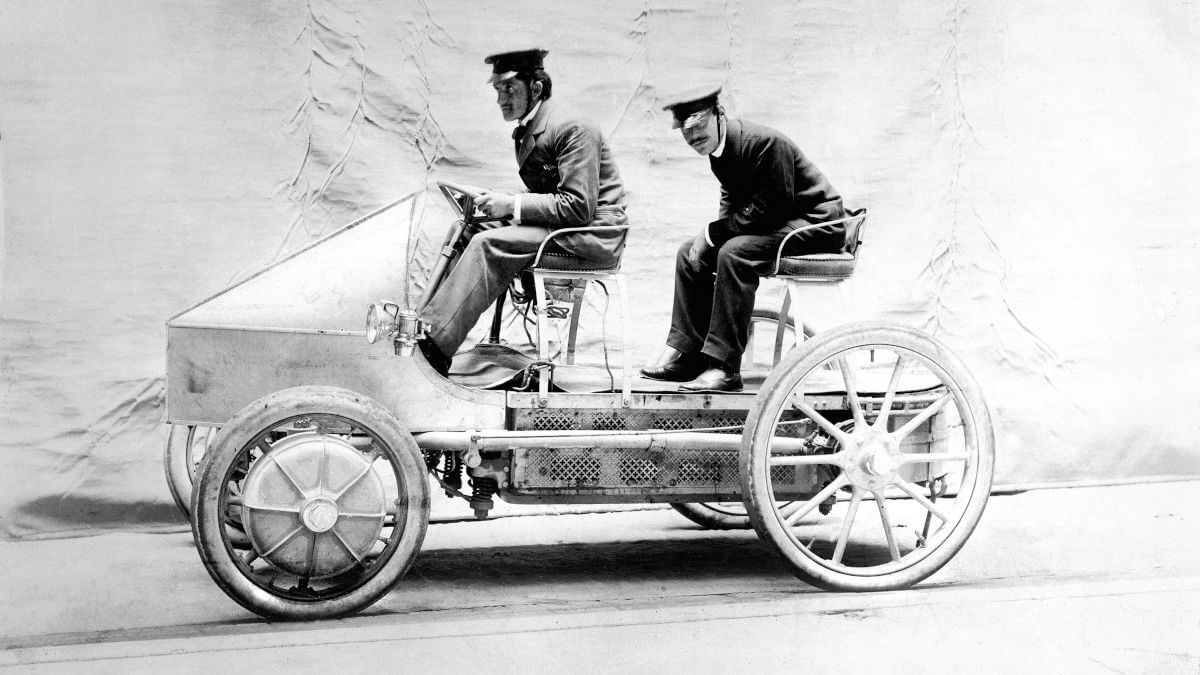 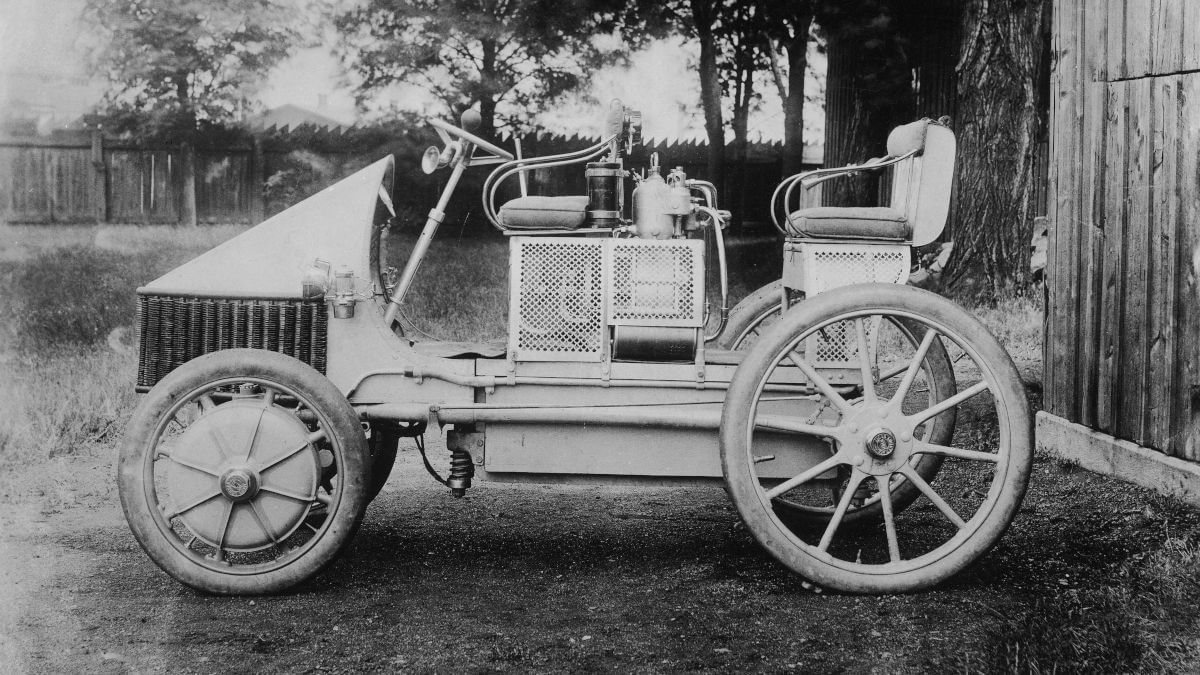 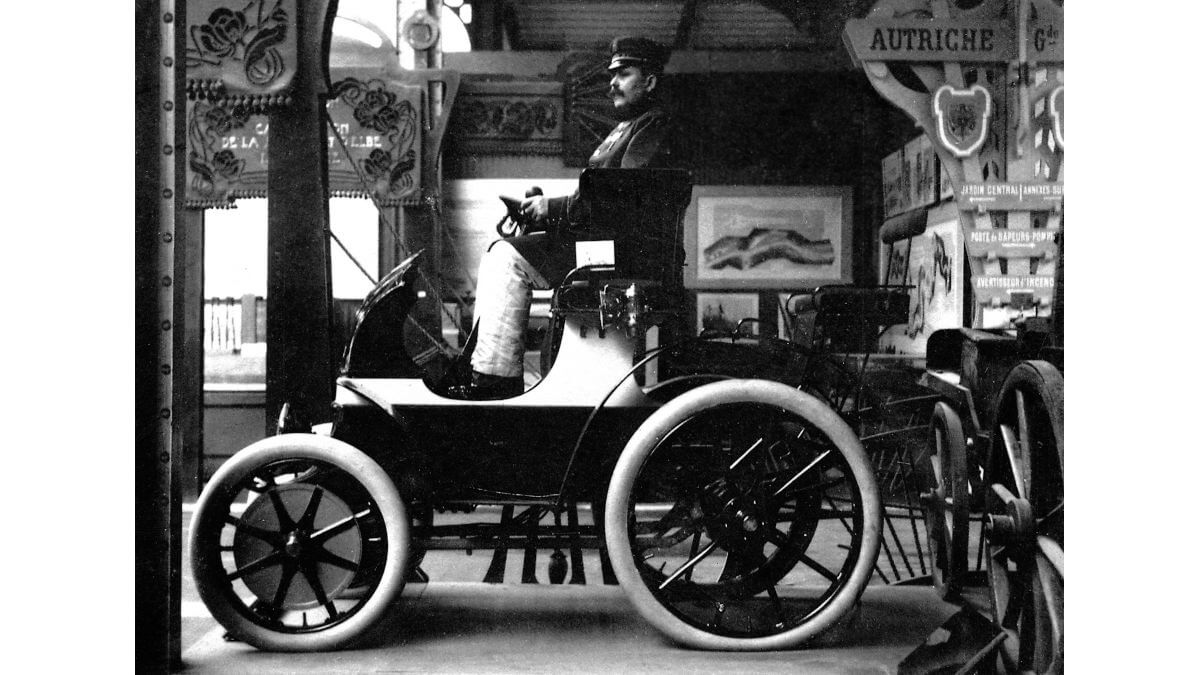 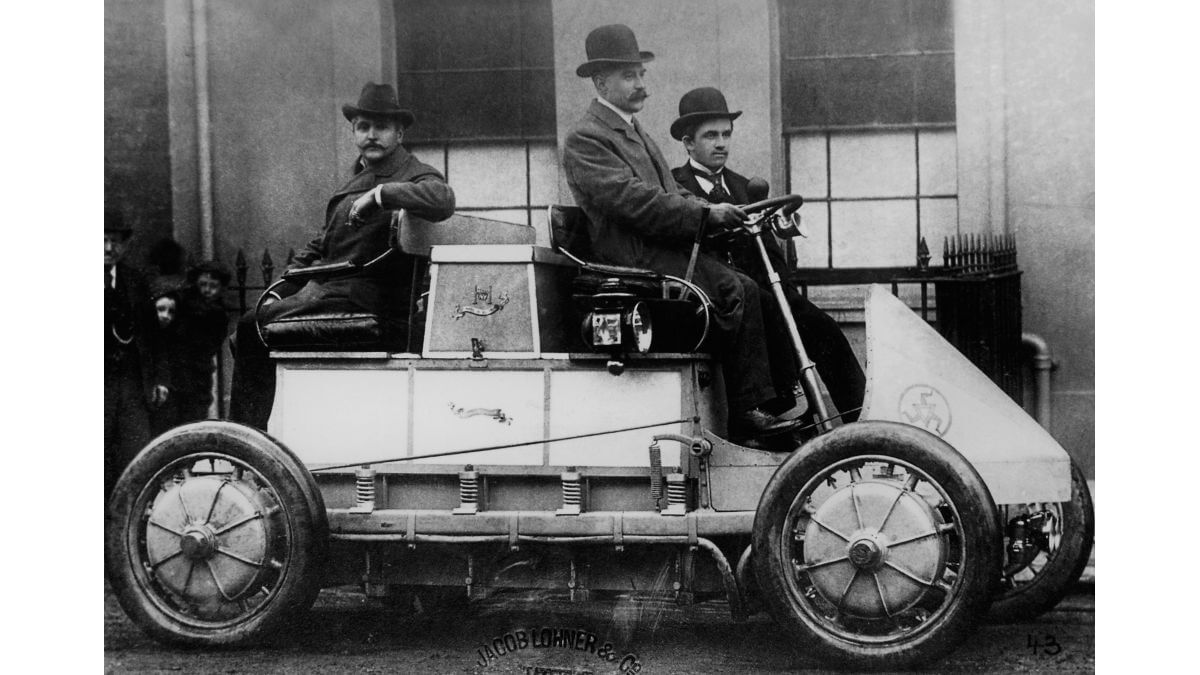 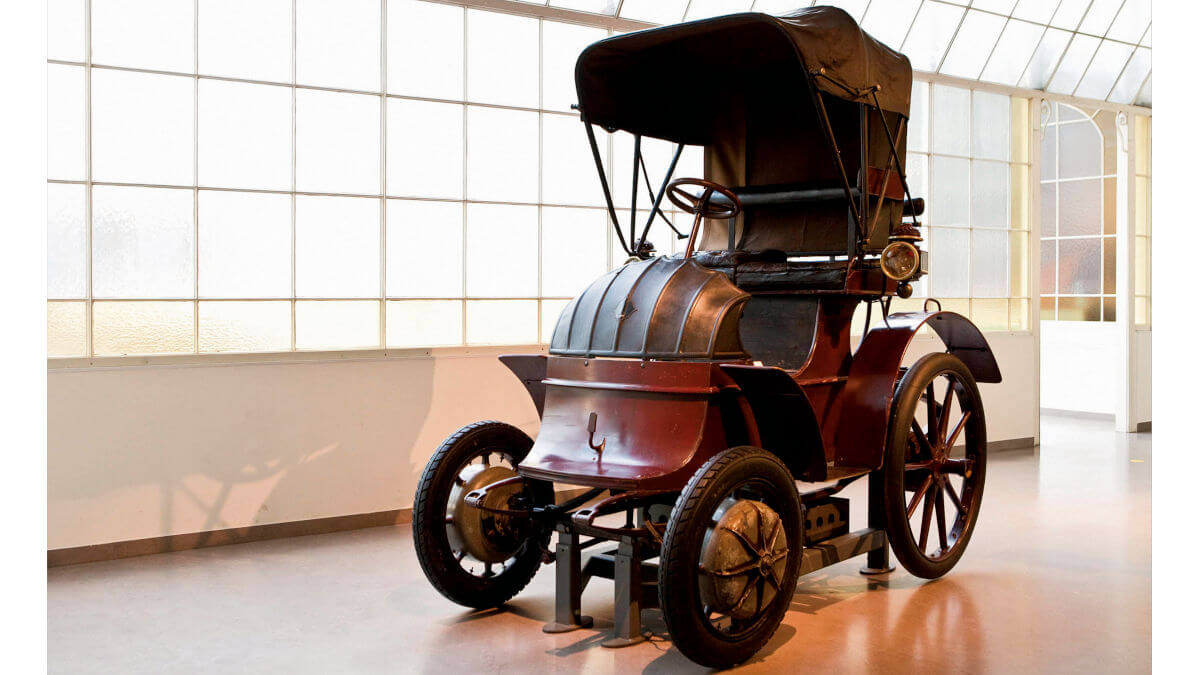 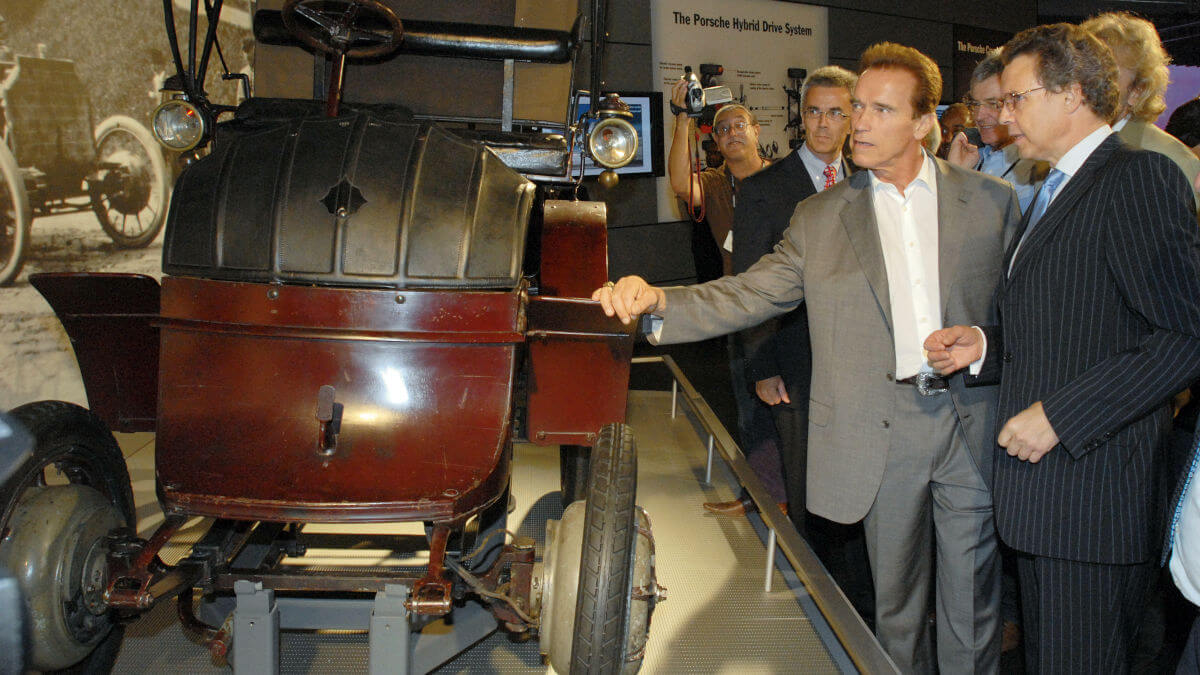 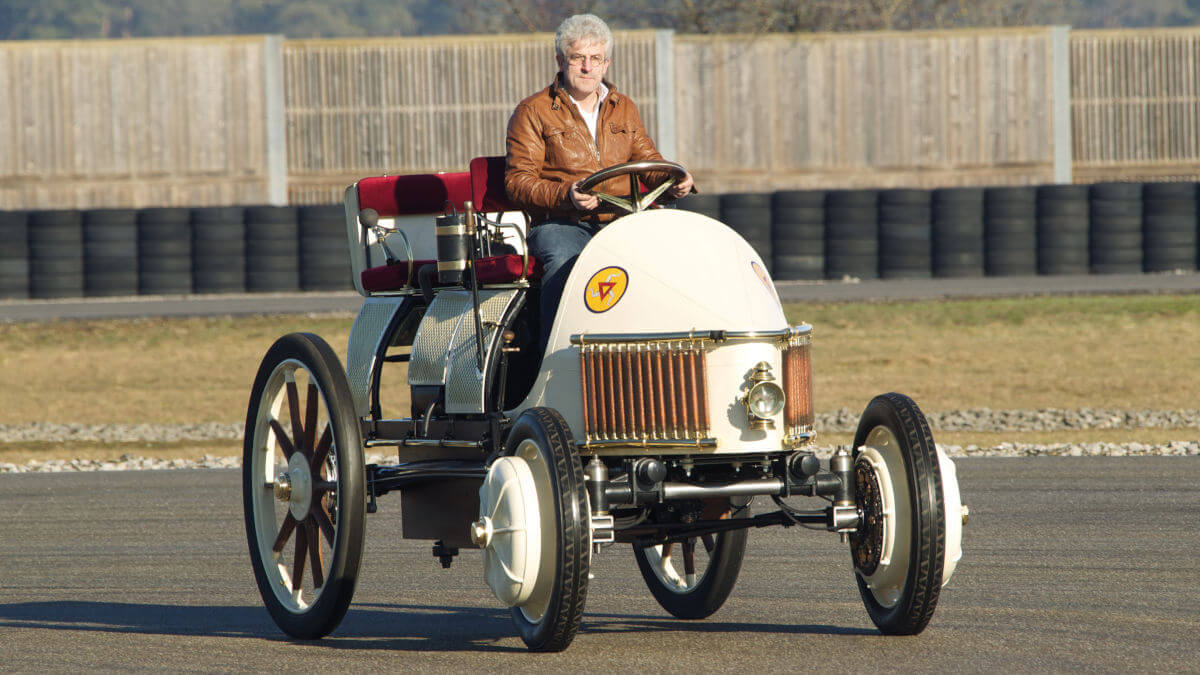 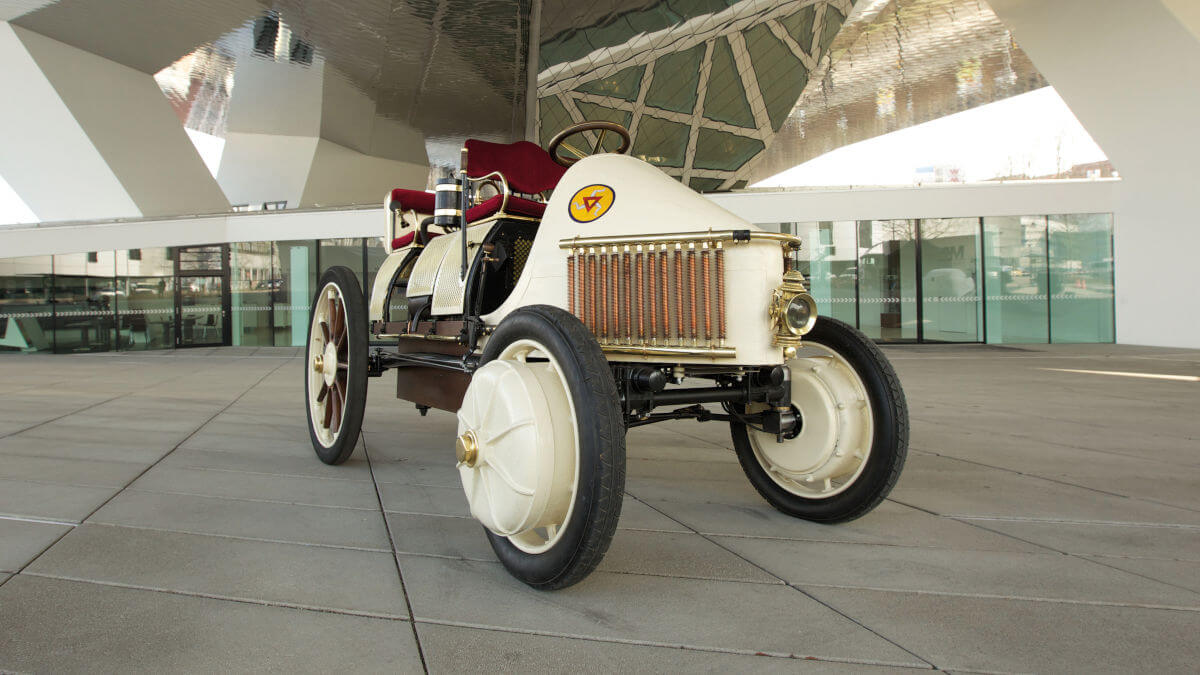 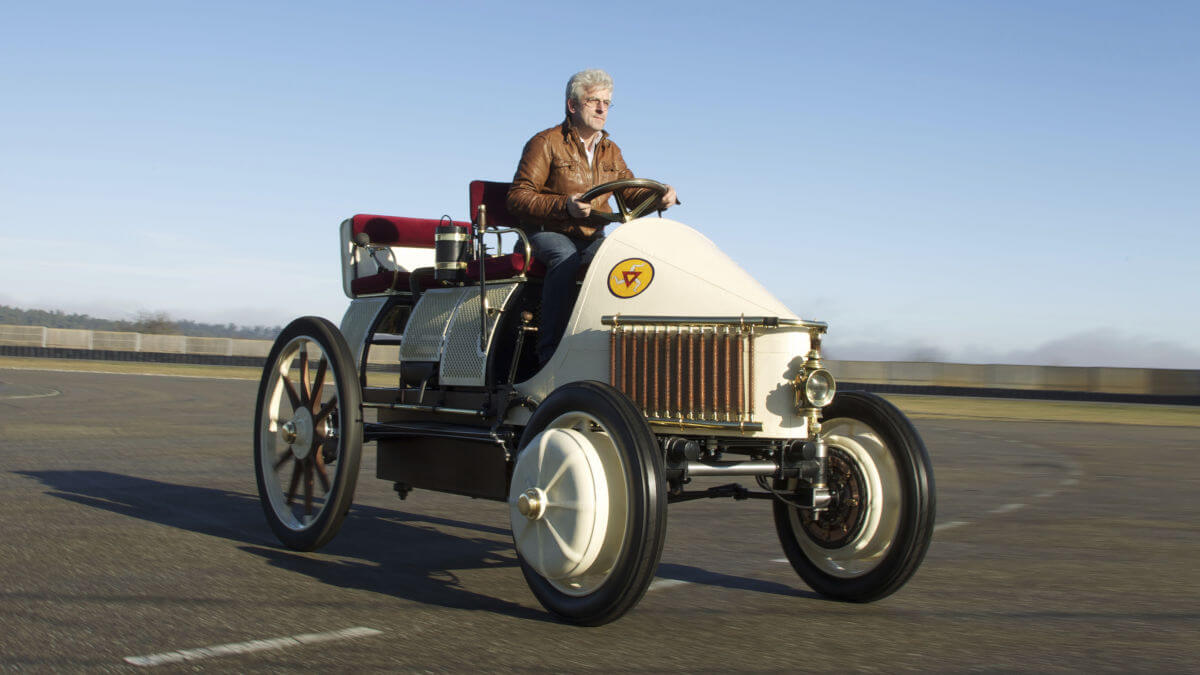 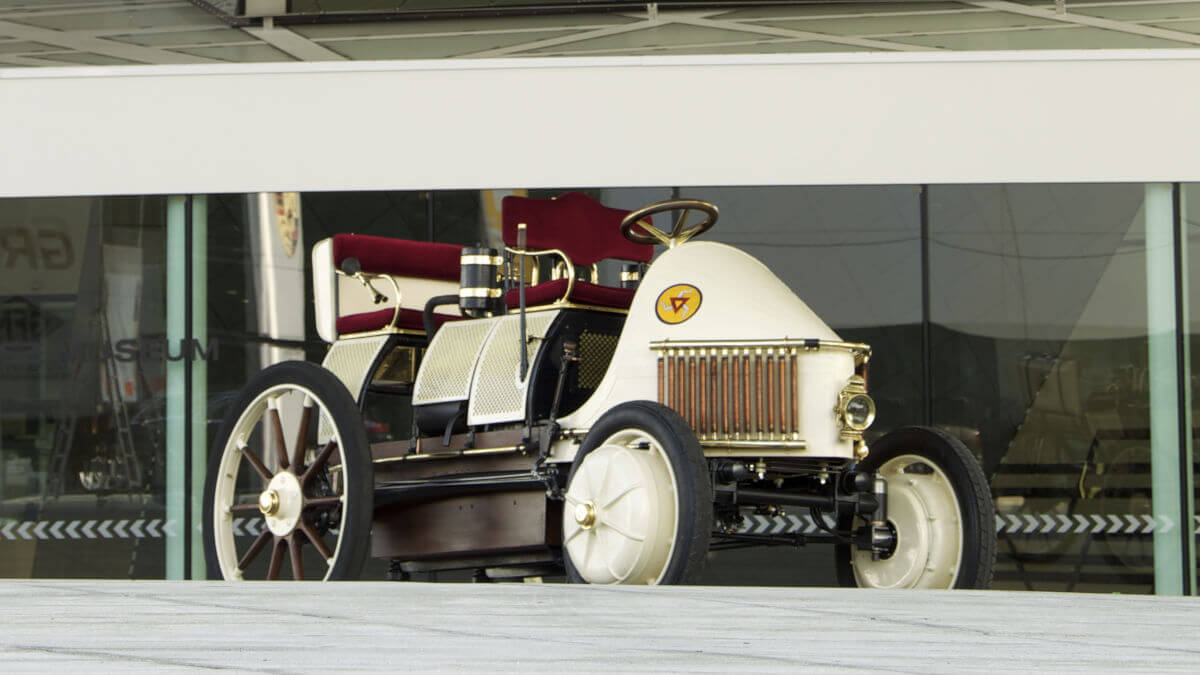 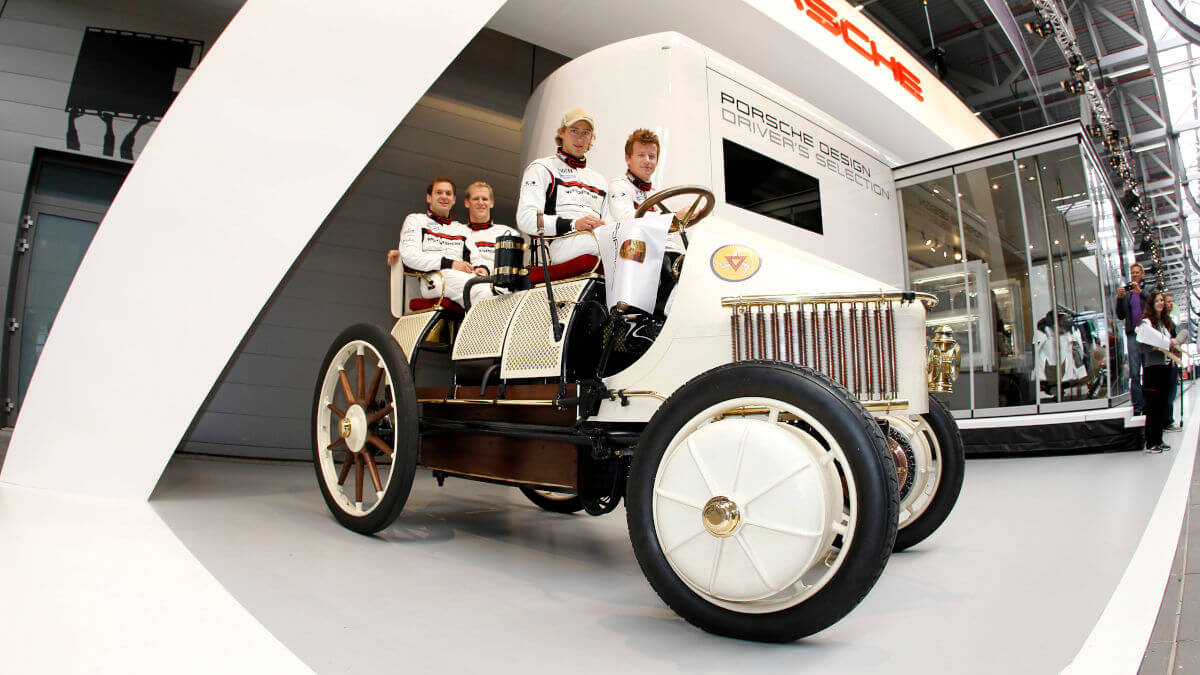 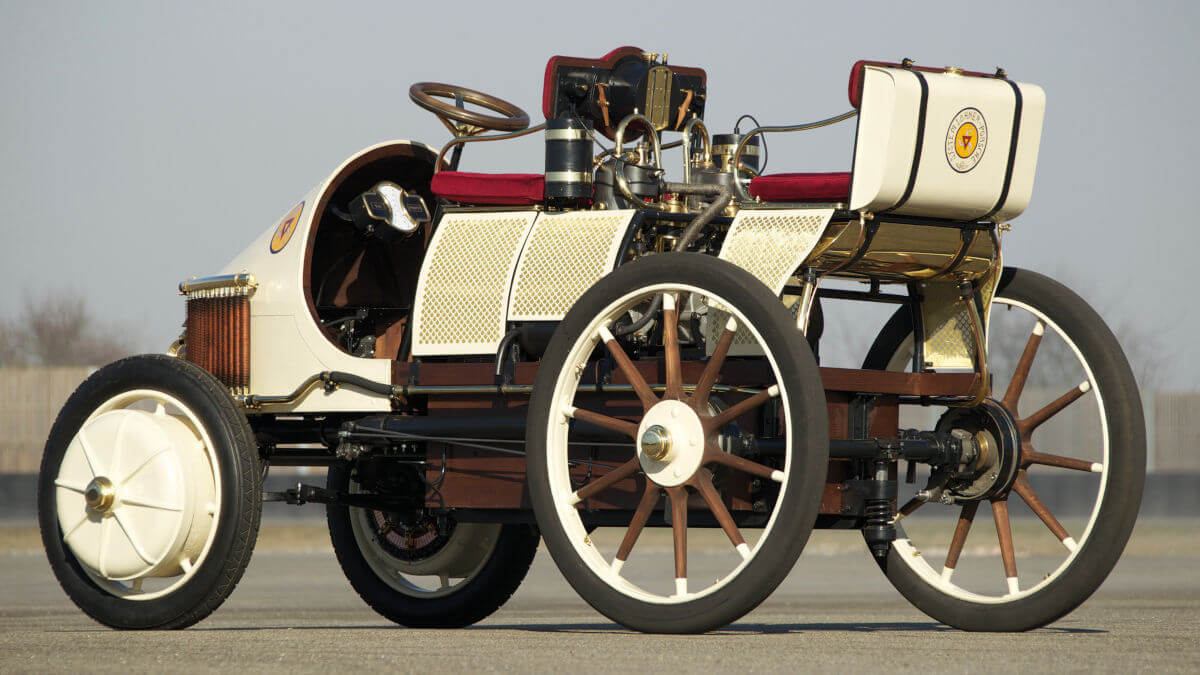 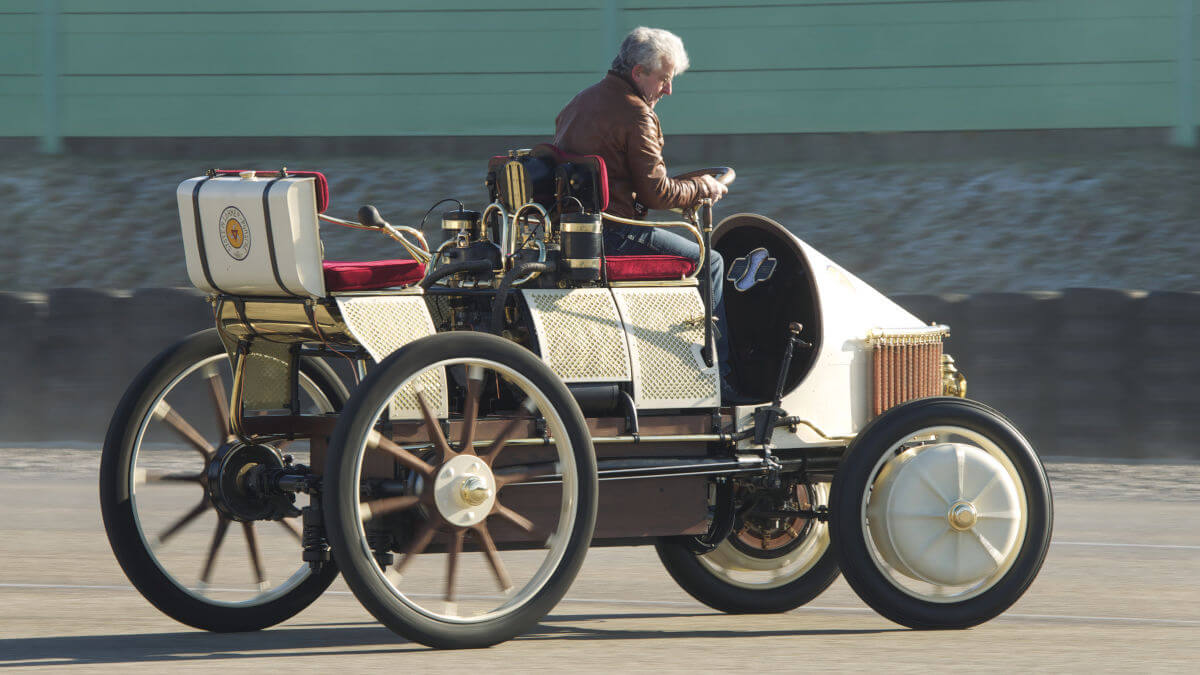 As early as 1897, Lohner produced not only carriages but also the first gasoline-powered automobiles. Thanks to Ferdinand Porsche’s expertise in the field of electric drives, a new vehicle, the Semper Vivus (in English: always living), with electric motors that were initially housed in the rear wheels, was developed shortly after he joined the company. It isn’t quite clear why for the following vehicle, which is registered under the patent number 19645 at the Austrian Patent Office, the heavy wheel-hub motors (about 100 kilograms each) moved into the front wheels, making steering very difficult. At the same time, another vehicle with four wheel-hub motors was developed, making it one of the first cars with four-wheel drive. Under the name ‘System Lohner-Porsche’, the car was first presented to the public at the World Exposition in Paris at 14 April 1900. However, the battery technology available at the time could only provide ranges of up to about 50 kilometers and was also very heavy (the all-wheel drive car had 1.8-ton batteries on board), which is why Ferdinand Porsche soon tried out the hybrid concept in his ‘Mixte-Wagen’, in which the combustion engine served purely as a charging device for the batteries.

Production of the Lohner-Porsche vehicles ended in 1906 with a legal dispute over the patent for the wheel-hub motors and the departure of Ferdinand Porsche to Austro-Daimler. The purely electric vehicles served the fire department in Vienna and as cabs in Berlin and other large cities. The very high base price compared to gasoline-powered cars prevented a wider distribution, as did the short range per battery charge. In the end, probably only about 300 units of the Lohner-Porsche were built, of which only a few still exist today. Among other places in the Technical Museum of the City of Vienna you can admire a dark red vehicle. Porsche also spent four years accurately recreating a Semper Vivus and presented the ivory-colored car at the Geneva Motor Show in 2016. Since then, the replica has been on display again and again at events and in the Porsche Museum. The principle of wheel-hub electric motors was taken up again by NASA in the 1960s to power the moon cars.