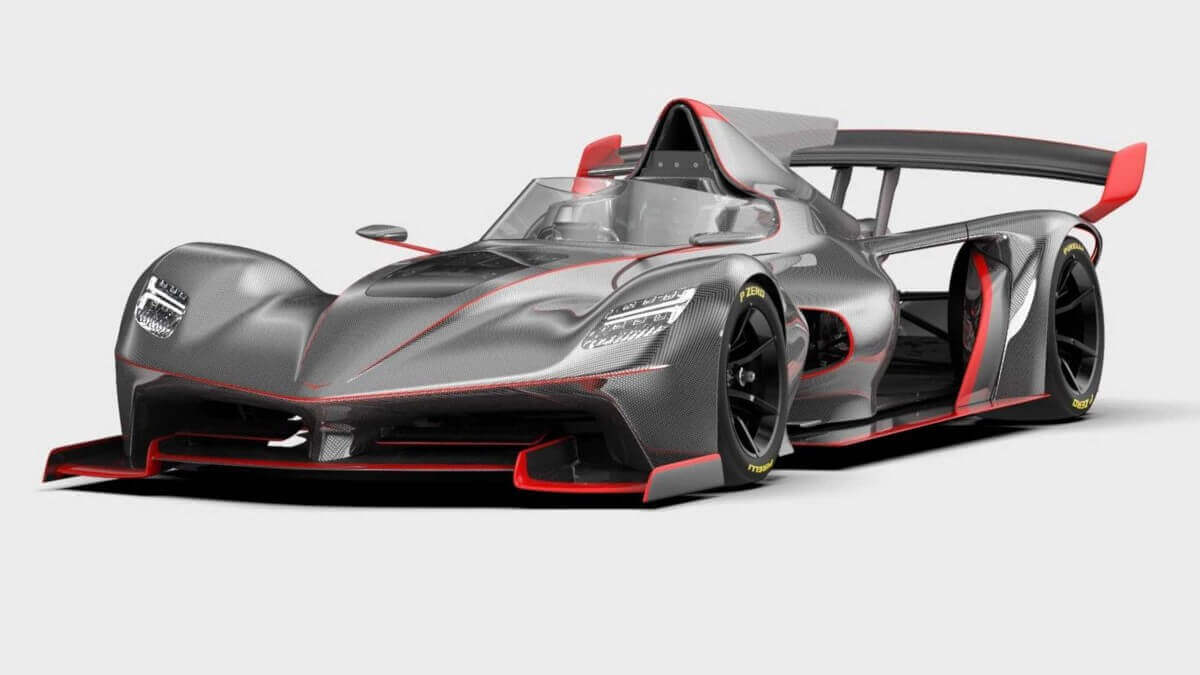 The market for so-called ‘track tools’, ie for sports cars whose main area of application is on the racetrack, is limited, even if some of those vehicles are also street legal. So far, brands like Radical, Ariel, BAC or KTM split that market between them. For some time also Vuhl from Mexico with their model 05 try to play with them. Now the first American manufacturer arrives at the scene. In the car metropolis Detroit the newly founded manufactory Vandal Cars now presented their first vehicle, the Vandal One. Even the first glance at this flat sports car leaves no doubt where this car targets to. It shows a pure racing look. Consequently, Vandal Cars didn’t even try to make it street legal.

As a result, the development team, which was recruited from former employees of McLaren, Lola and Ford Racing, could concentrate on putting a car without compromises for roadworthiness on its wheels. You can tell that from its construction. As with all the competitors, lightweight construction came first in the development specifications for the One. With a dry weight of only 555 kilograms, you can attest to the Americans that they’ve reached their target. Thanks to a carbon monocoque and a body made from the same material, the One isn’t only extremely light, but also safe and torsionally stiff. The fact that the body is also aerodynamically efficient is shown with a downforce level of up to 800 kg. This should allow lateral acceleration values of up to 3g in corners. Of course, these values can also be achieved thanks to the chassis, which uses Formula 1 technology. Vandal installs pushrod suspensions at front and rear with adjustable shock absorbers. The ground clearance can also be adjusted to the individual layout of the racetrack. On particularly flat stretches, only 1.5 cm remain between the front wing and the road surface, while at the rear there are still 5 cm. If it gets a bit more rough, the One can be raised up to 12.7 cm at front and 14.6 cm at the rear. Currently, the manufacturer only offers one combination of tires and rims, namely front 10×18-inch rims with 265/35-18 tires and rear 12×18-inch rims with 325/30-18 tires. Only Pirelli slicks are available at the moment, although the naked chassis in the official pictures wears Michelin tires. 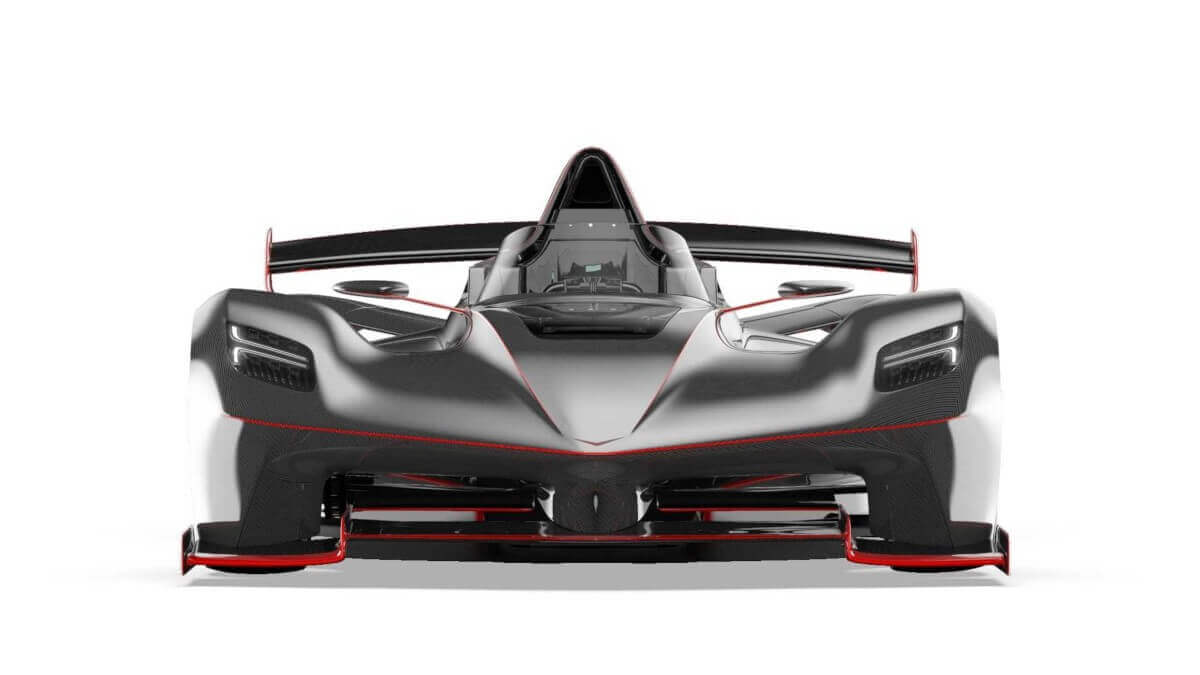 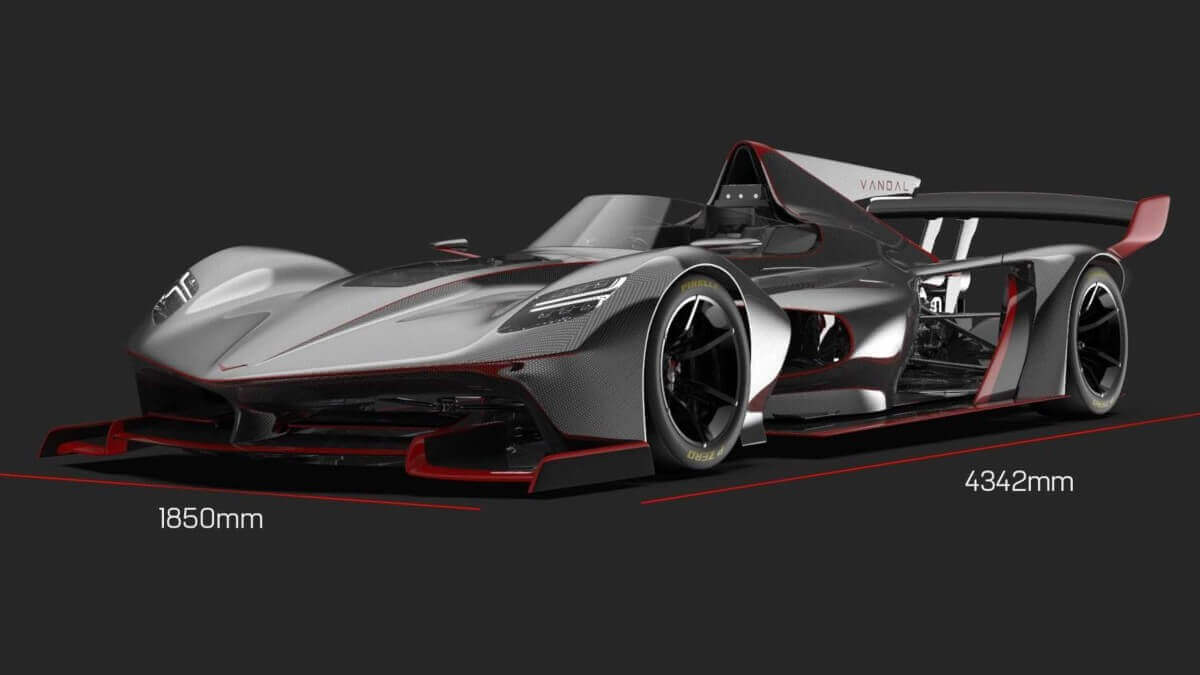 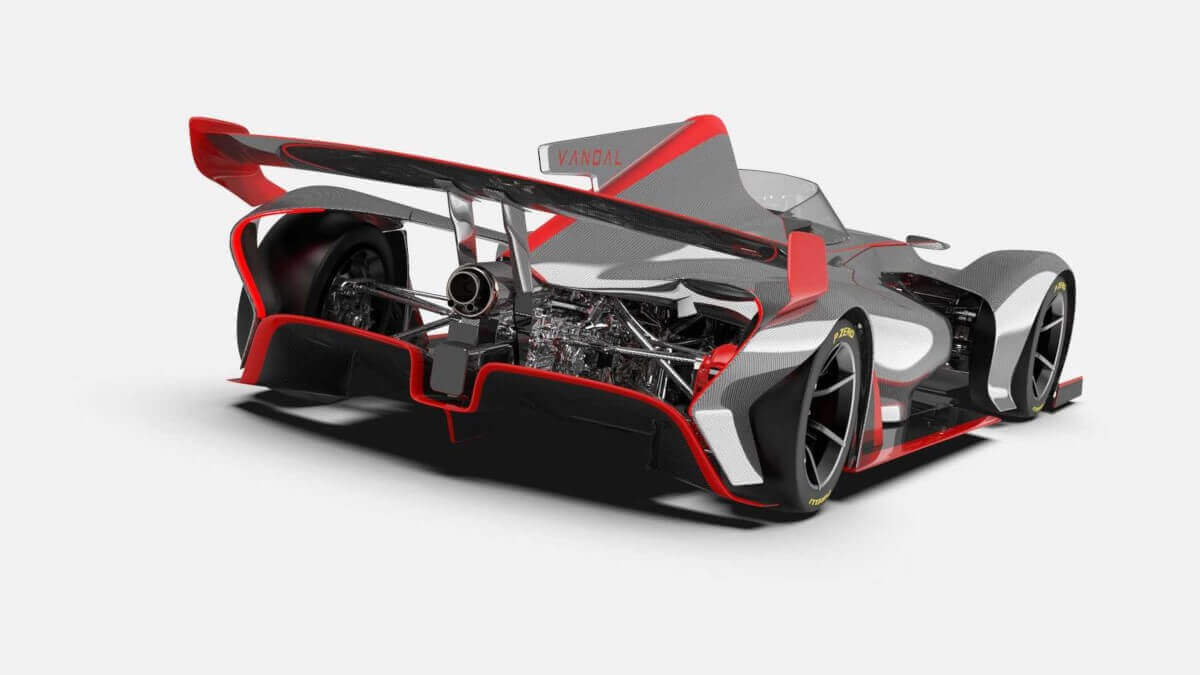 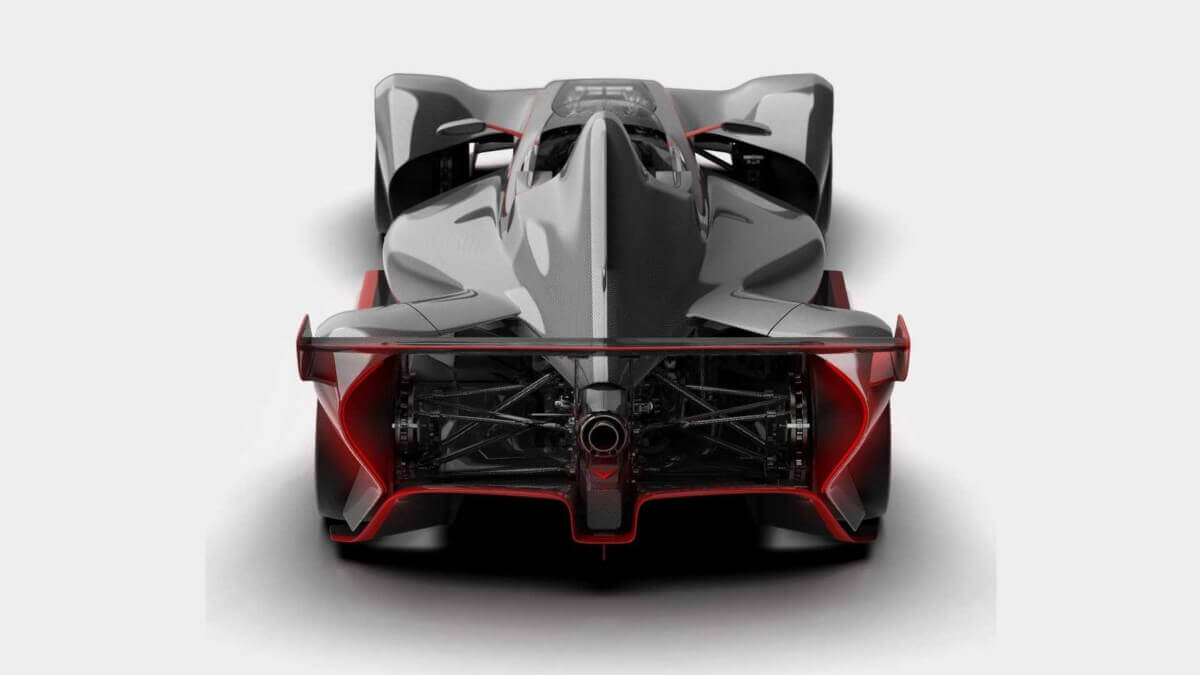 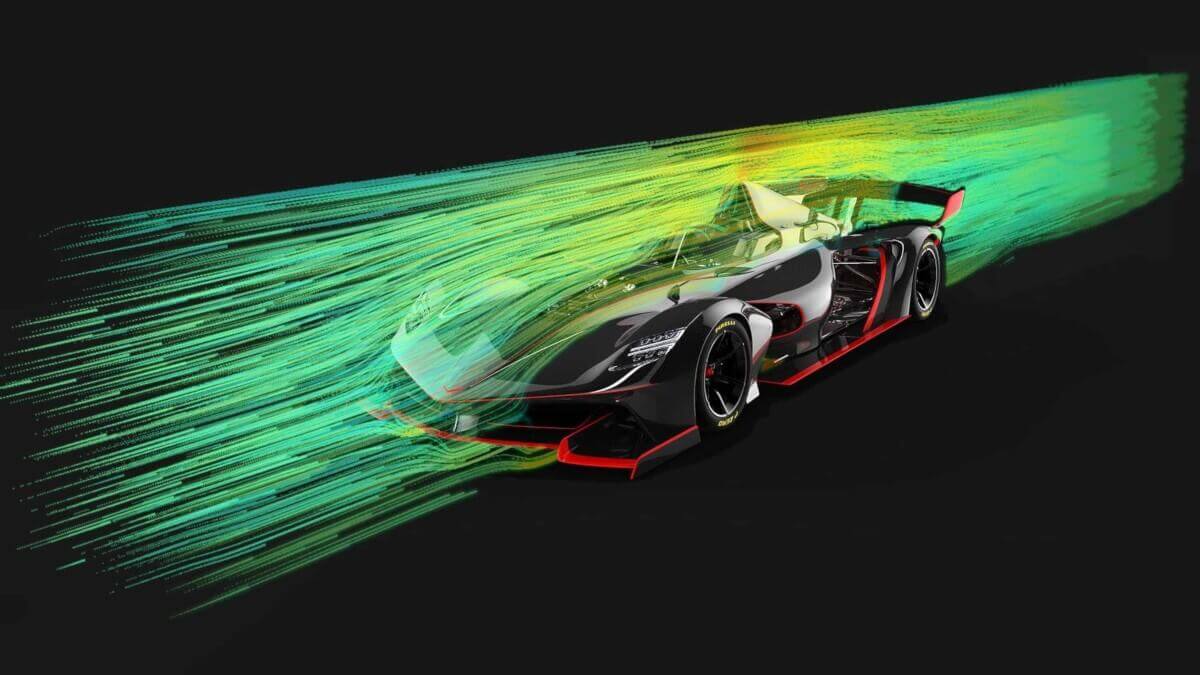 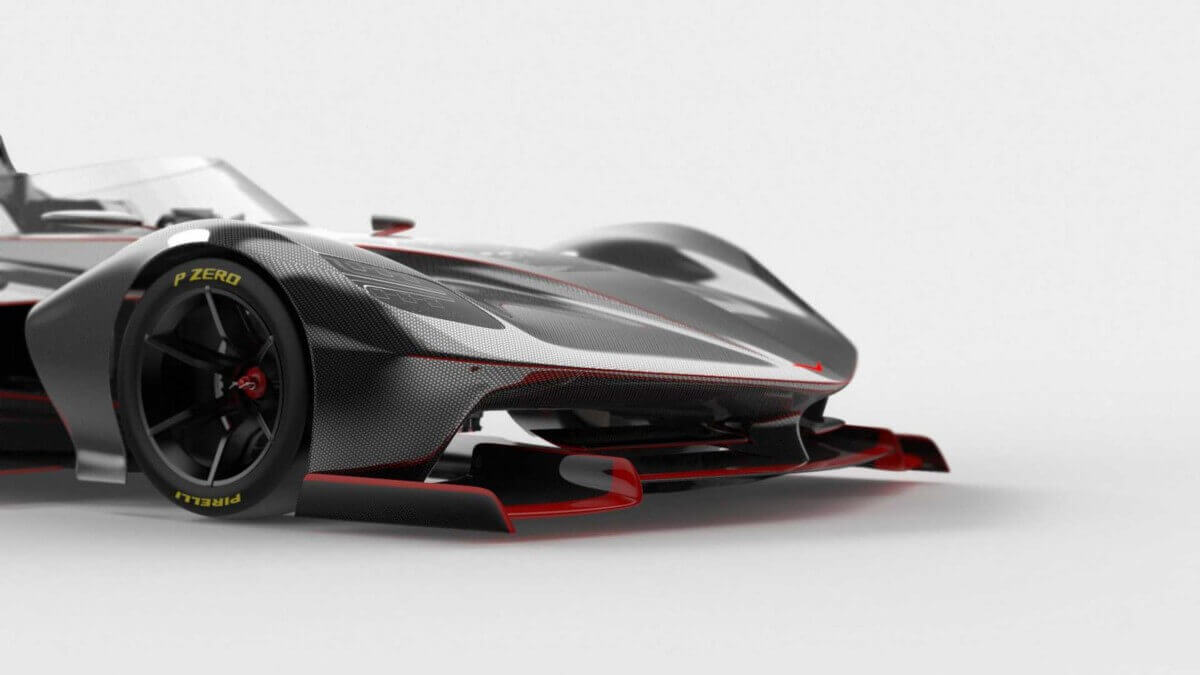 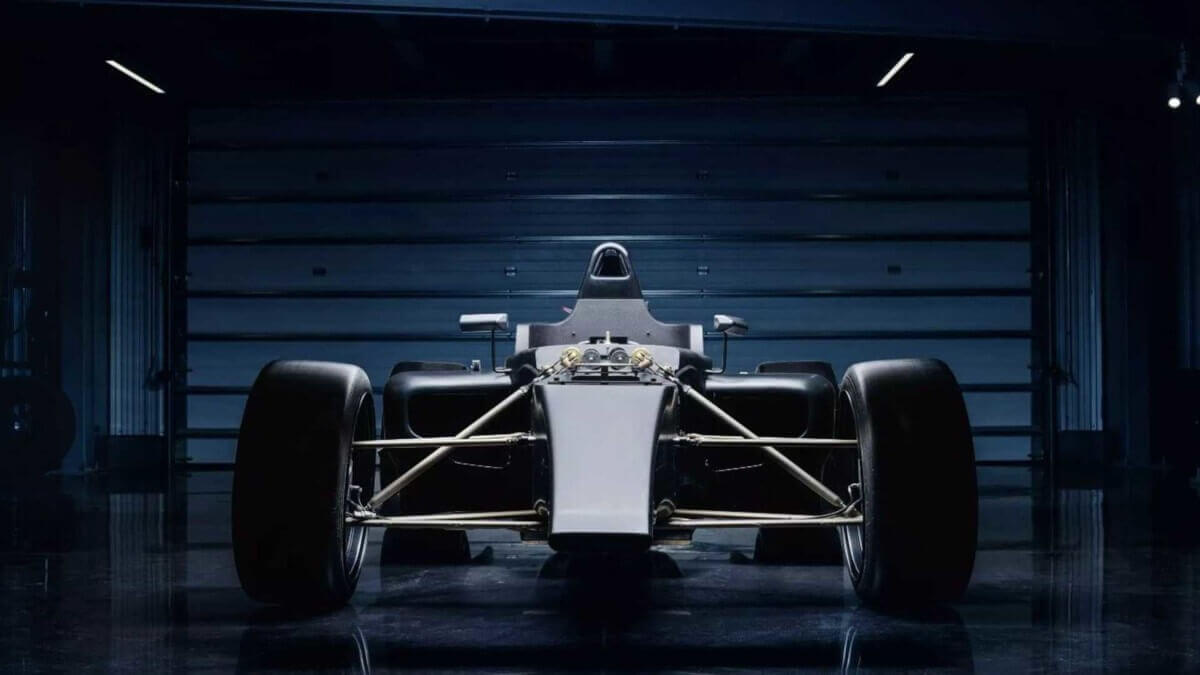 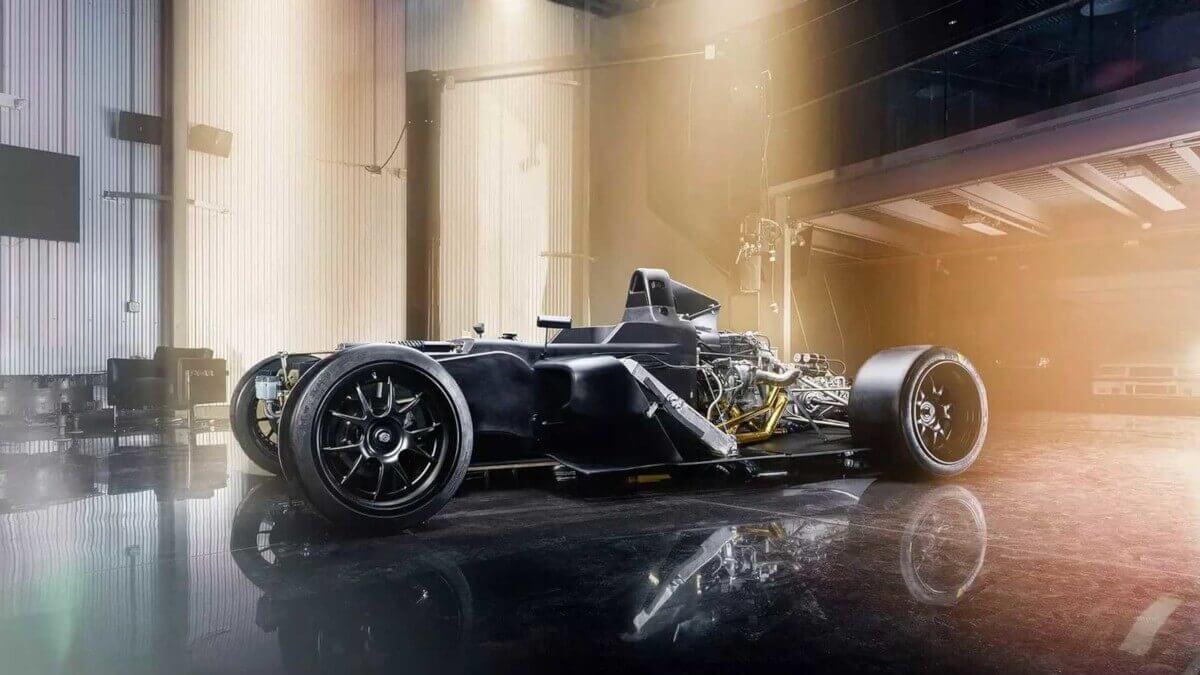 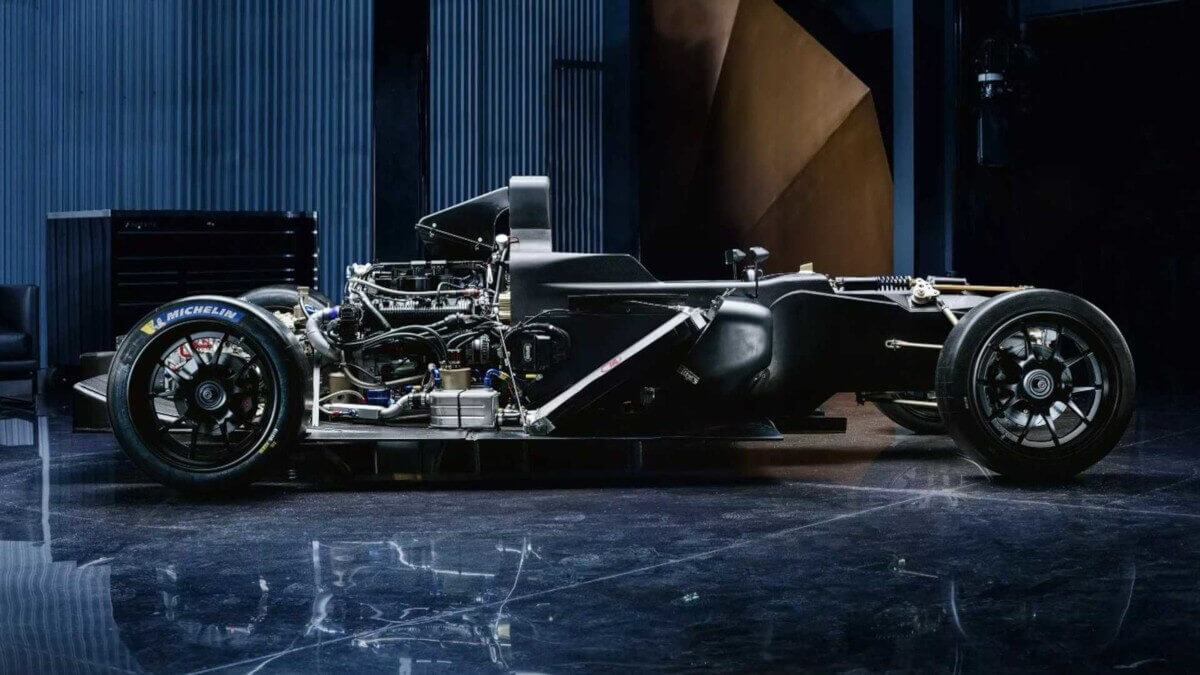 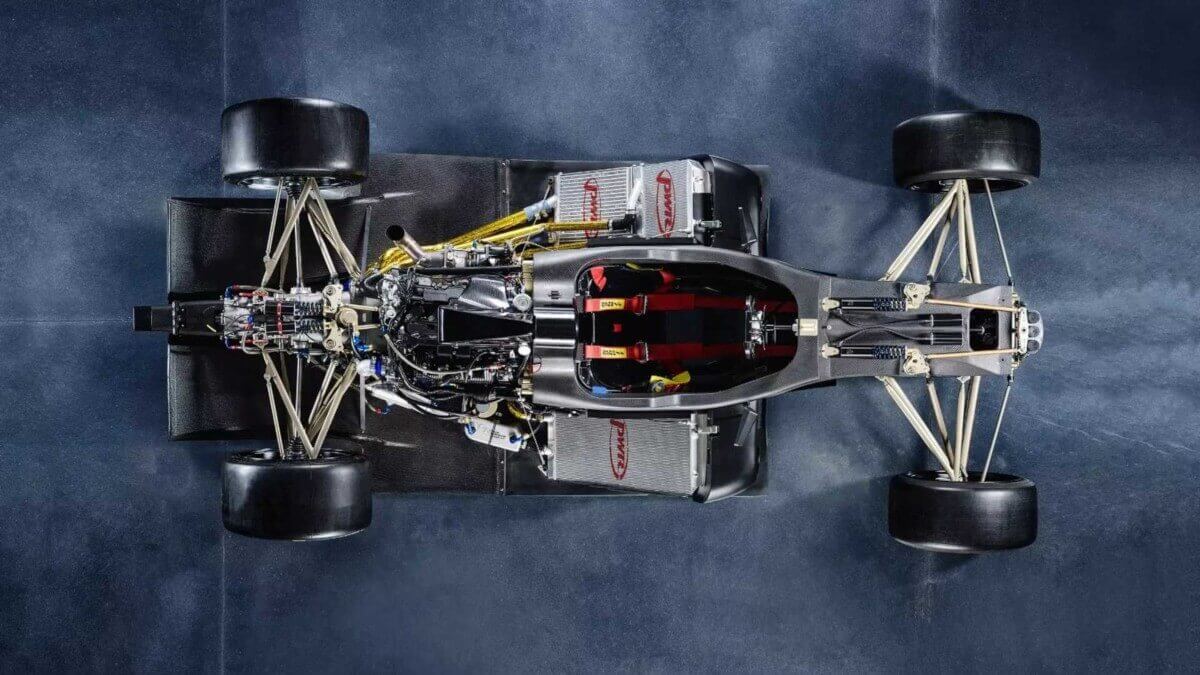 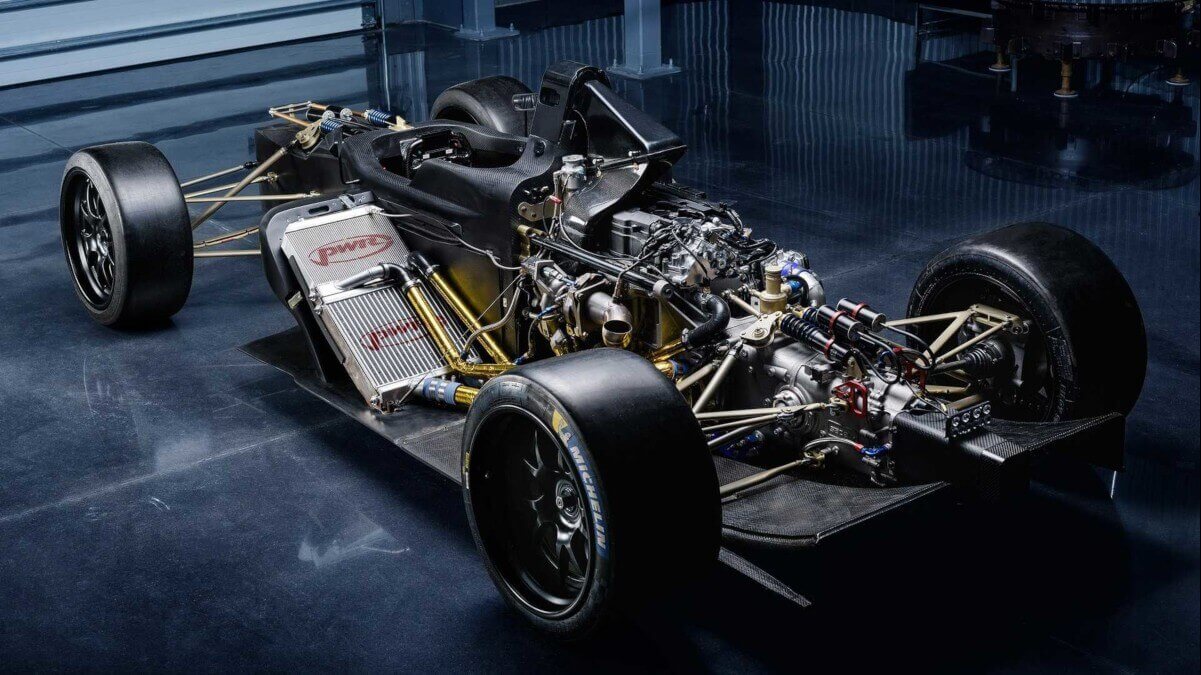 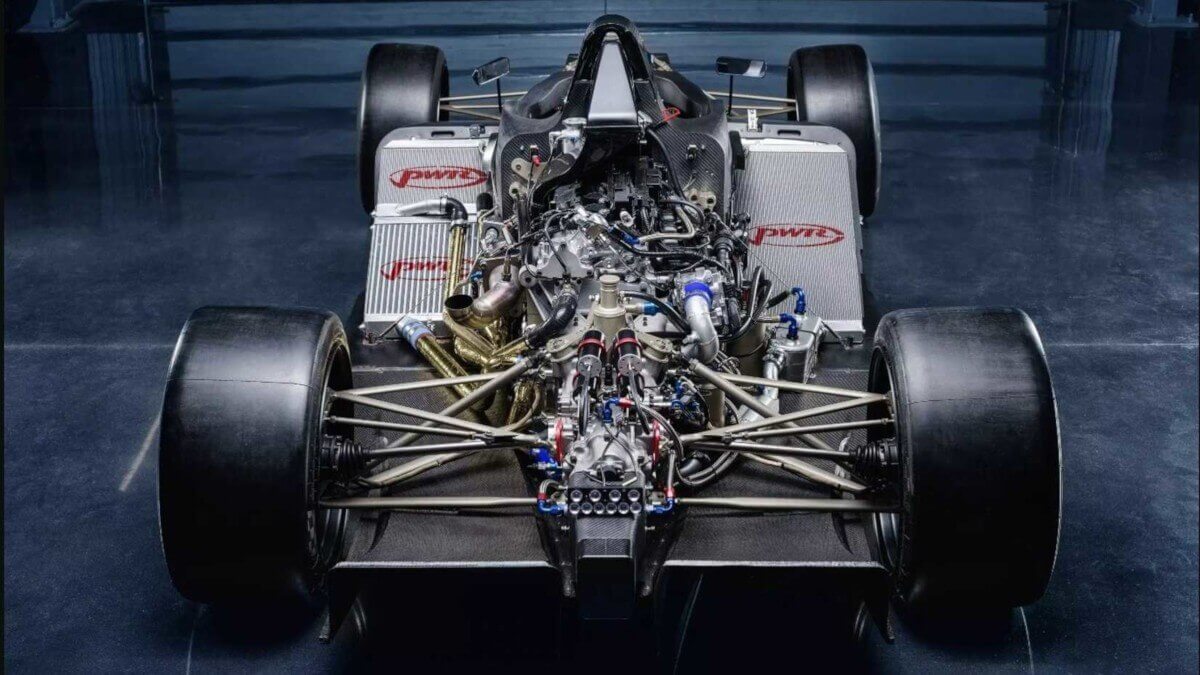 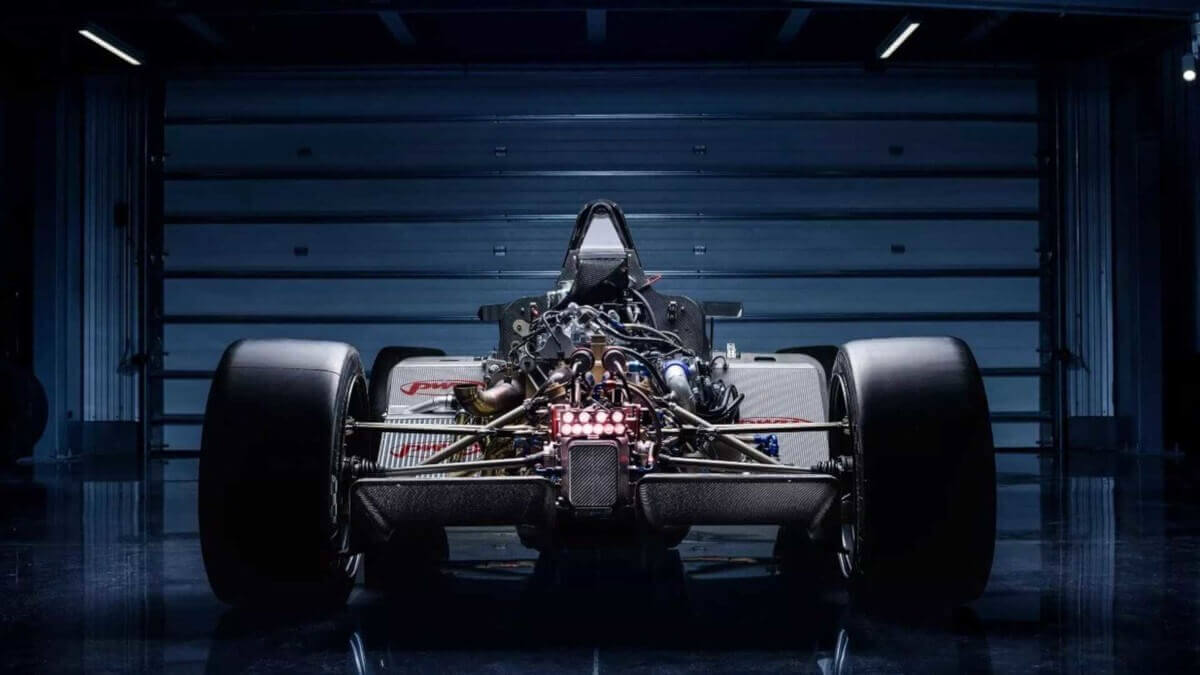 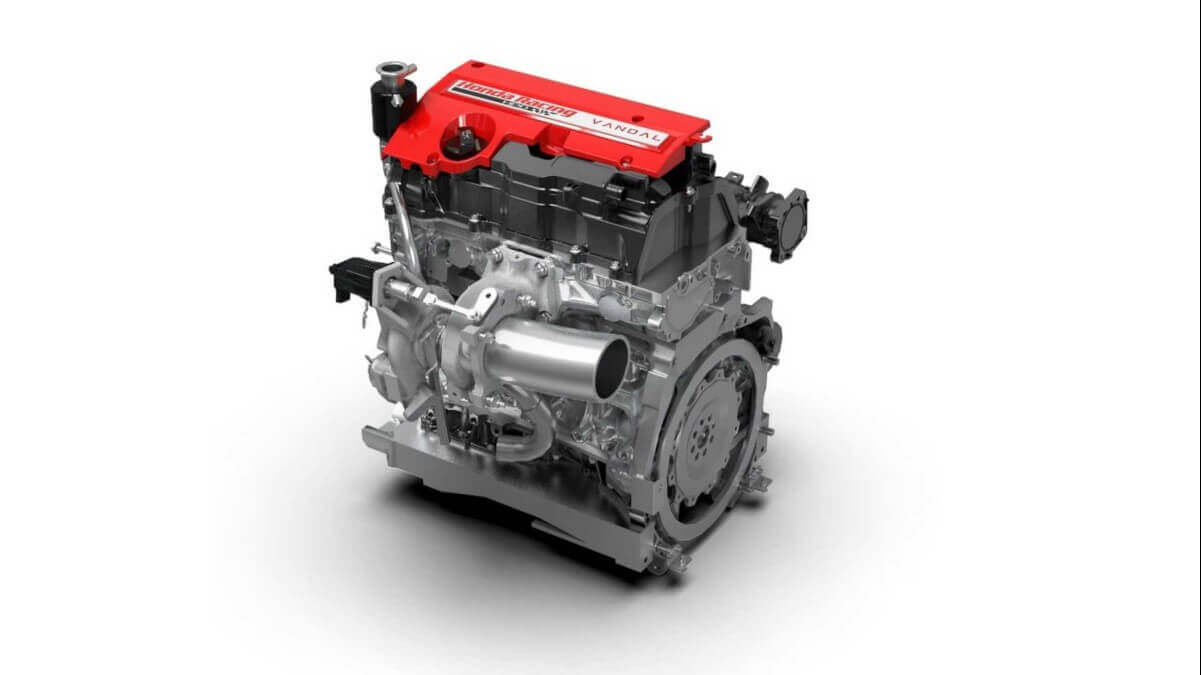 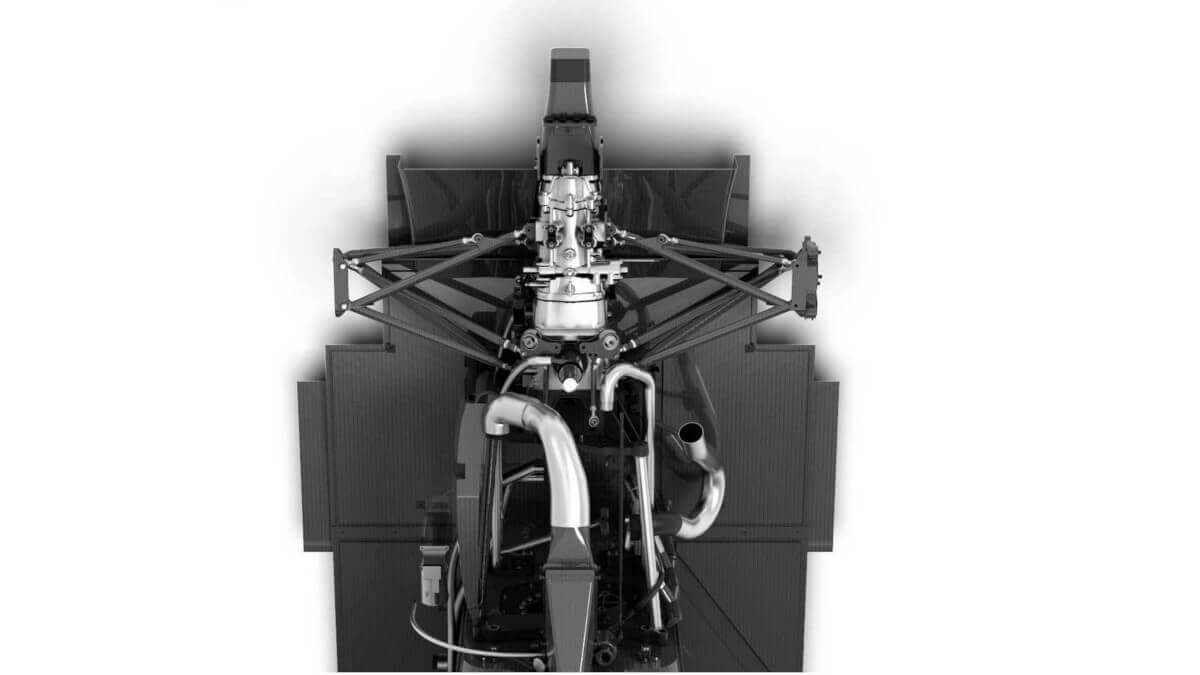 On the drive side, the American use proven technology. The engine is supplied by Honda from their K20C1 series. It is the same turbo four-cylinder engine that also powers the Civic Type R, where it develops 320 hp. In the Vandal One the Japanese engine delivers 340 hp in the basic version. If that isn’t enough, Vandal Cars offers an upgrade to 560 hp. They achieve this power increase through major modifications, such as new forged pistons, a new BorgWarner turbocharger (EFR 7163), new valves and a new injection system. Then it revs up to 9,100 rpm and the power-to-weight ratio is down to a record-breaking 0.98 kg/hp. Power is transmitted to the rear wheels through a sequential six-speed gearbox made by specialist Sadev. Vandal doesn’t mention detailed numbers for acceleration and topspeed yet, but promises a record value for the intermediate acceleration from 60 to 130 mph.

Since passengers spoil the trackday experience for the driver by their additional weight, Vandal dispenses on such ballast and offers the One as a single-seater racecar, comparable with the BAC Mono. As in the British competitor, the driver sits in the middle, like in a Formula Monoposto. In front of the driver is a flat windscreen, actually more a wind deflector, which is guided around the sides of the cockpit. Pure motorsport optics can also be found inside the car. The driver grabs a steering wheel, which is flatened at top and bottom and on which all important functions are summarized. Due to the construction principle with a monocoque, the One can be adapted even to bigger drivers, unlike some cars of competitors with a tube frame, like the Radical or the Mono.

The Vandal One is now available directly from the manufacturer. The prices start at 119,700 US$ plus taxes. For the stronger variant, the Americans are asking 190,000 US$. When ordering, a deposit of 1,000 US$ will be due. Deliveries are expected to start within this year.