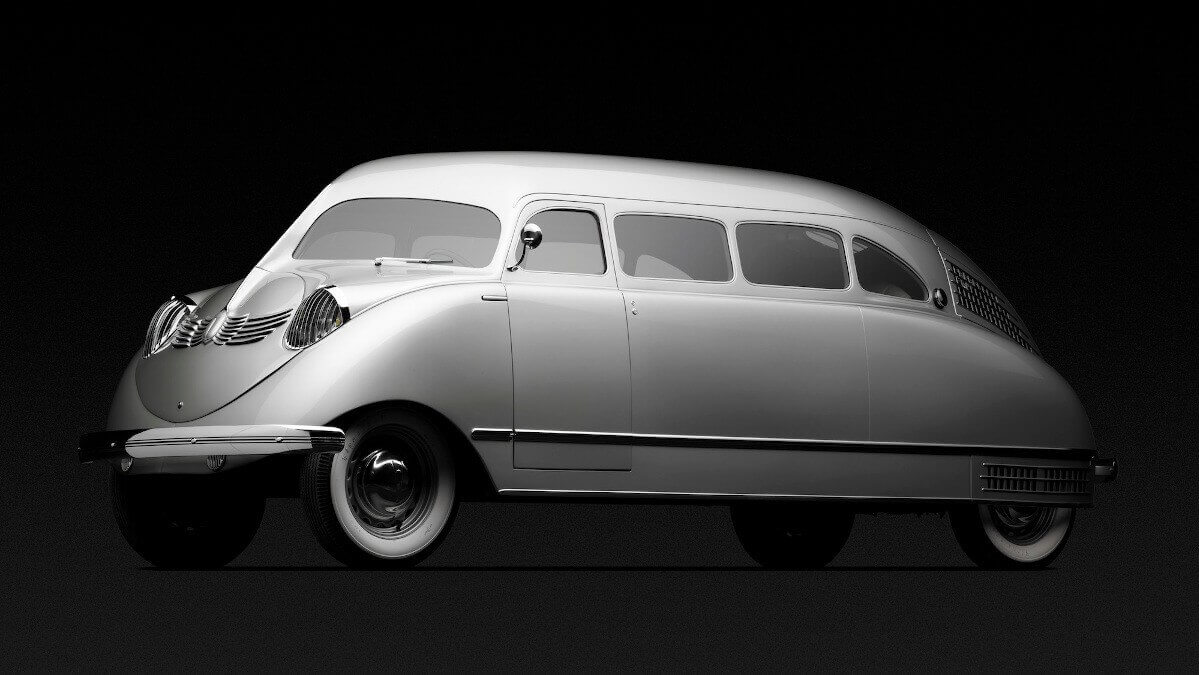 Minivans and comparable automobile concepts are rarely to be found in our online magazine on Secret Classics. There is a good reason for this: very few representatives of this genre are really fascinating. They usually serve as functional vehicles for large families, taxi companies or other companies in the transport industry and are driven until repairs and inspections are no longer worthwhile. There are a few exceptions, such as the Volkswagen Transporter, that have acquired cult status over time. But our current title hero for this article rolled off the assembly line more than 20 years before the VW and on the other side of the Atlantic. There the aviation and car engineer William B. Stout worked on an extraordinary vehicle concept that was far ahead of its time. As he was also a journalist and for some time President of the Society of Automotive Engineers, he came into contact with many new developments and the personalities behind them at events and motor shows. Among others, he got to know Buckminster Fuller and his extraordinary vehicle, the Dymaxion, at the New York Auto Show. At this time, his own company Stout Motor Company in Detroit was already producing the Stout Scarab he had developed.

A scarab is otherwise known as the dung beetle. Why this name was chosen for the vehicle becomes apparent to the observer at first sight. In contrast to normal cars of that time with a separate chassis and independent, non-load-bearing bodies, the Stout Scarab received a unibody (monocoque) in which the flat underbody and the bodywork itself formed one unit. In order to be able to do without the otherwise usual long bonnet, the V8 that was purchased at Ford was fitted to the rear axle. The design, which is close to the look of a scarab, came from the Dutch designer John Tjaarda, whose son Tom followed in his footsteps after World War 2. The streamlined styling combined with aeronautical aluminium as the building material resulted in a car weighing only about 1.4 tons. A first prototype was ready in 1932 as probably the first car worldwide with an aluminium spaceframe chassis. 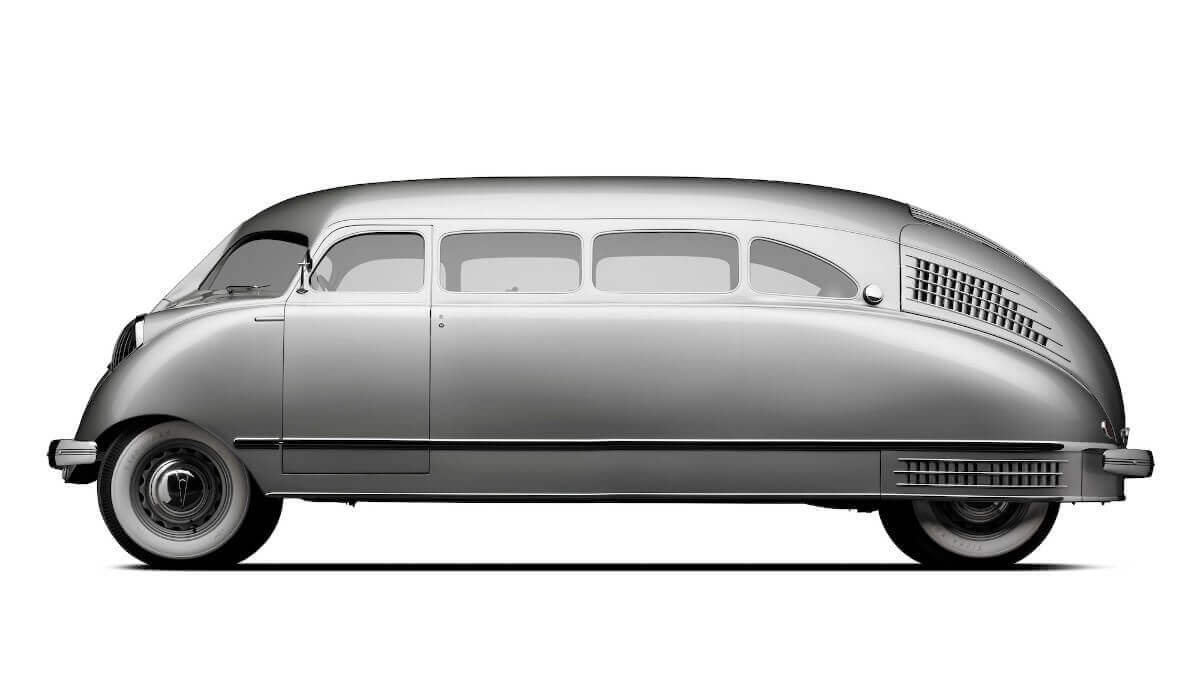 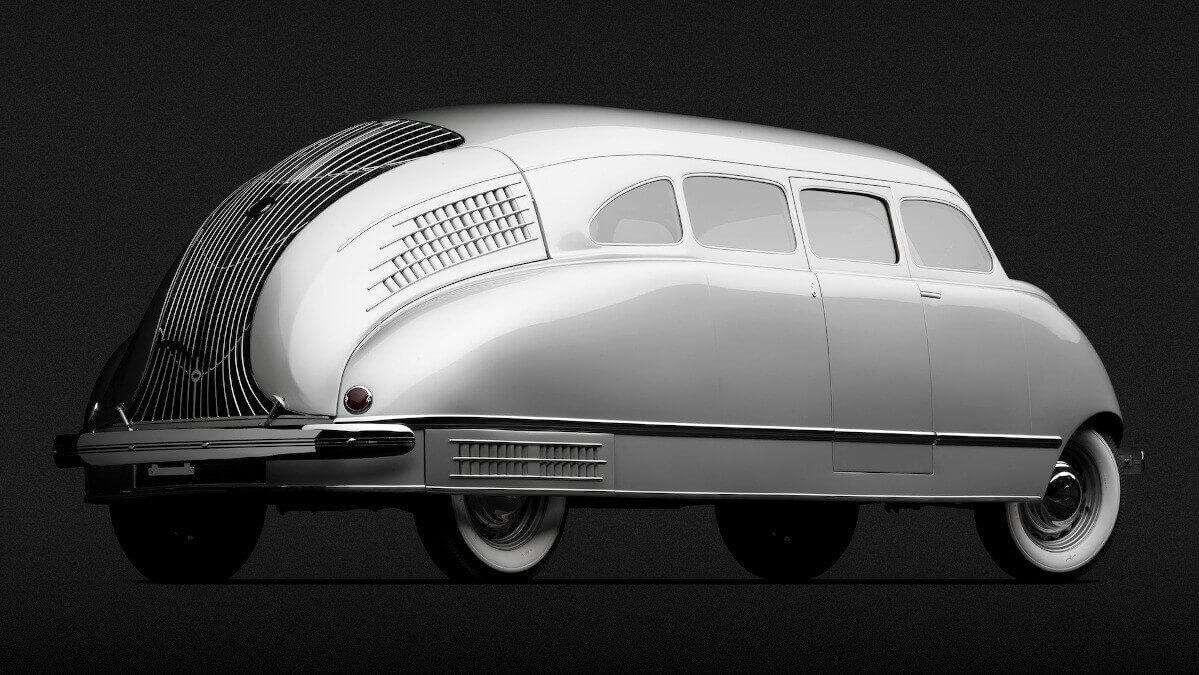 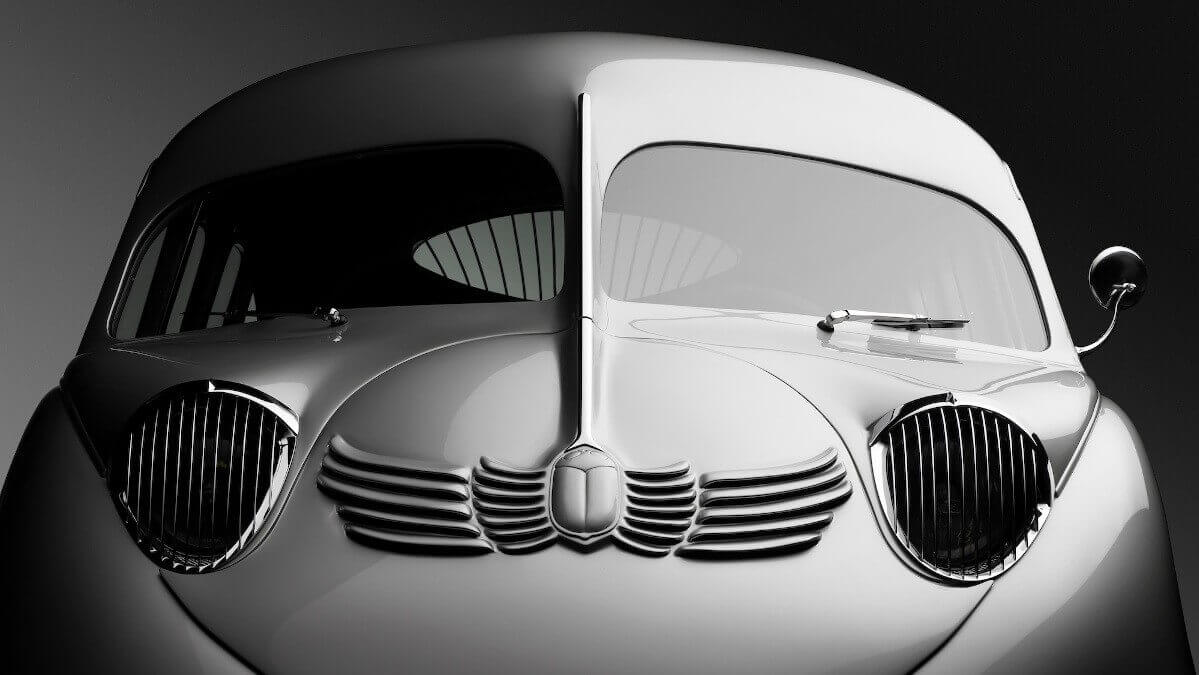 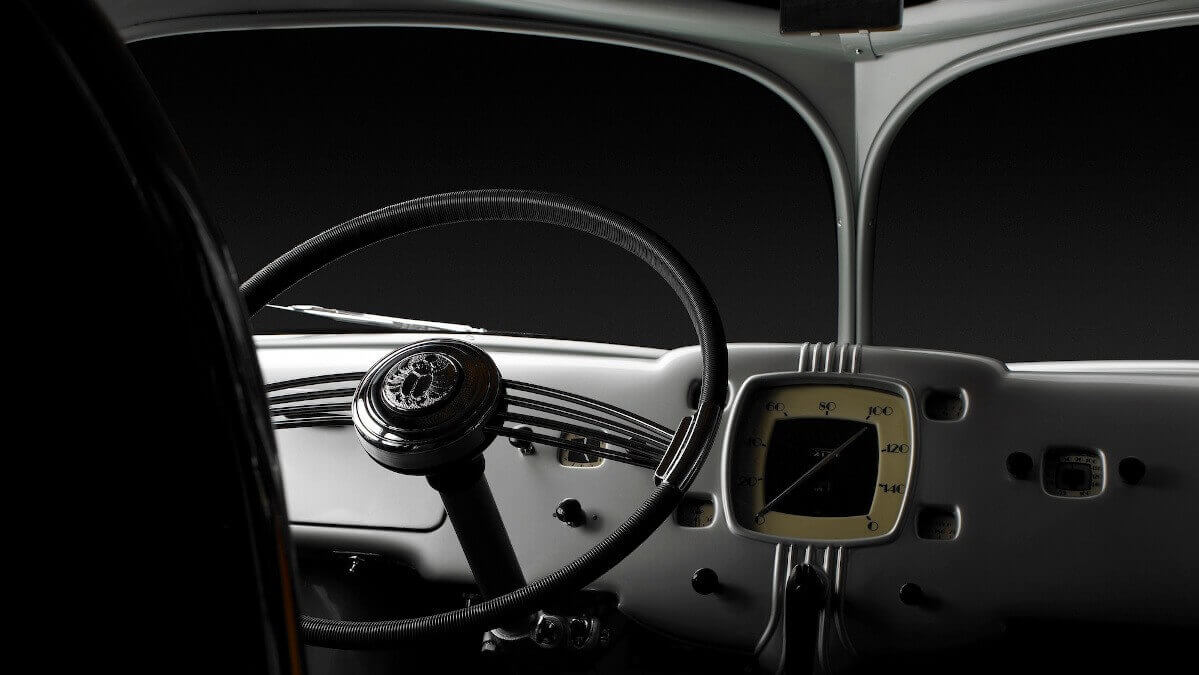 It took three years for Stout to complete the second prototype in running order. Some mechanical improvements were done due to the knowledge gained with the first car. Some design improvements were also carried out. Thus the headlights received fine, chrome-plated grill struts and also the rear window now showed vertical chrome struts down to the bumper. In addition, the vehicles were now built from steel instead of aluminium to save production costs. At presentations of the Scarab and in newsletter articles Stout always promised a soon starting production of maximally 100 copies per year, for which a small manufactory in Dearborn/Michigan was to be established. However, the selling price of US$ 5,000 compared to a Chrysler Imperial Airflow for US$ 1,345 at the same time and above all the unusual design, which many viewers at the time described as ‘ugly’, ensured that there were only a few interested customers. In the meantime, the unusual styling is treated as one of only a few automotive features of the Art Deco era.

In fact, today it is assumed that only nine Stout Scarab cars were ever built before World War 2. In 1946 the Stout Scarab Experimental followed, which differed from the pre-war vehicles by a modernised Fiberglas-body and an air suspension developed by Firestone. Today, in addition to the post-war car, there are probably only five Stout Scarabs left worldwide. One of them will be shown at the Concours of Elegance at Hampton Court Palace in London at the beginning of September. Exactly this silver painted car is rumoured to have served as a mobile meeting place for Charles de Gaulle and General Eisenhower during World War 2. This doesn’t seem impossible, as William B. Stout designed the interior like an office on wheels with seats that can be turned around by 180 degrees and fold-out tables. In the 1950s this car served as an enclosure for monkeys for a circus on a European tour and then was sold to a French industrial designer who had it exhibited unrestored in a museum in Reims. The current owner acquired the Stout Scarab in 2001 and had it extensively restored.