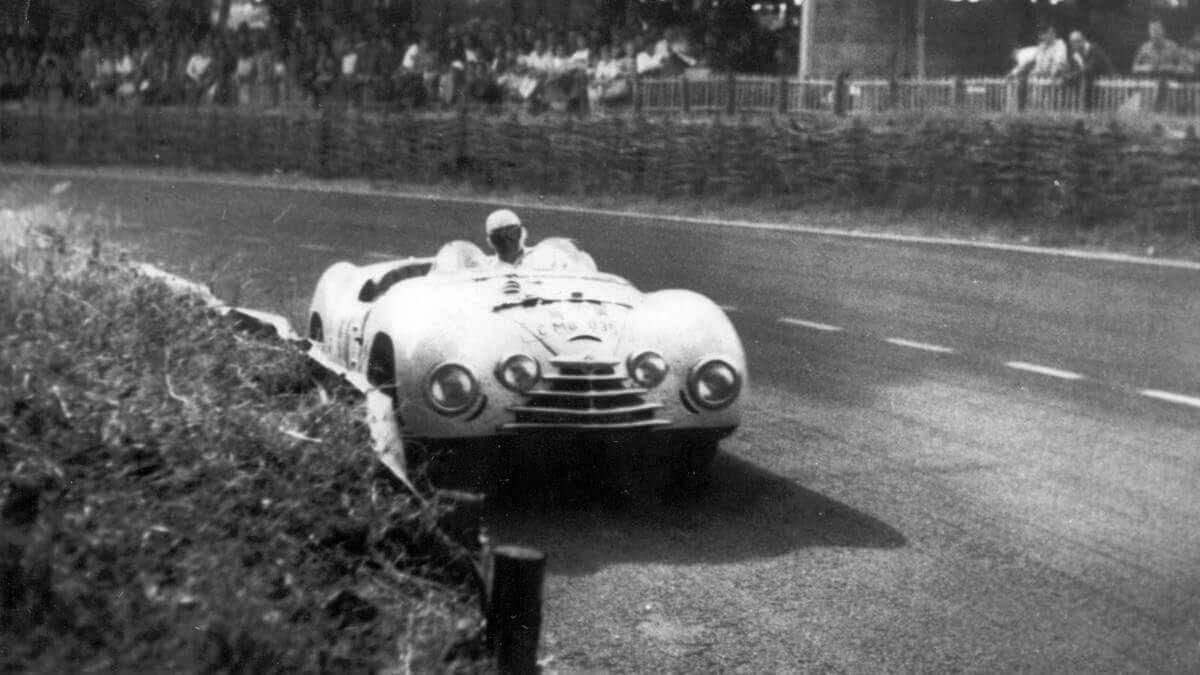 Škoda isn’t necessarily one of the car brands that fans remember when it comes to the 24 Hours of Le Mans. Nevertheless, the Czech brand also belongs to the history of this endurance race, even if there was only one participation of the factory team. Immediately after World War 2, Škoda presented the 1101 and 1102 Tudor with a 1,089 cc four-cylinder engine as a newly developed model. The name is derived from the British term ‘two door’. Thanks to its high reliability and good driving performance, this model found many customers in Europe, some of whom drove rallies or circuit races with these cars. The high level of robustness made the Tudor the vehicle of choice for long-distance events. For example, Škoda models won four categories of the 1948 Raid Polski, which at that time covered 2,649 kilometers. Škoda also achieved a double victory at the Montevideo – Melo – Montevideo Rally in South America in the same year.

Also in 1948, three Škoda Tudor four-seaters competed in the 24 Hours of Spa-Francorchamps. After 1,972 kilometers each, they took the first three places in their displacement class. The pit stops were made by all three teams together and the finish line was also crossed in formation. For the following year, a thoroughbred racing sports car, the Škoda 1101 Sport, was created on the platform of the Tudor. Compared to the sedan, the wheelbase was shortened by 40 centimeters to 2,085 millimeters. Then a flat, pontoon-shaped body with an open cockpit and two small, glass wind deflectors in front of the driver and co-driver was created by hand from aluminium. The racing debut took place at the Czechoslovakian Grand Prix in Brno. However, the factory team had already set itself a big goal that it wanted to achieve in 1950: to participate in the 24 Hours of Le Mans, at that time already the most famous endurance race in the world. 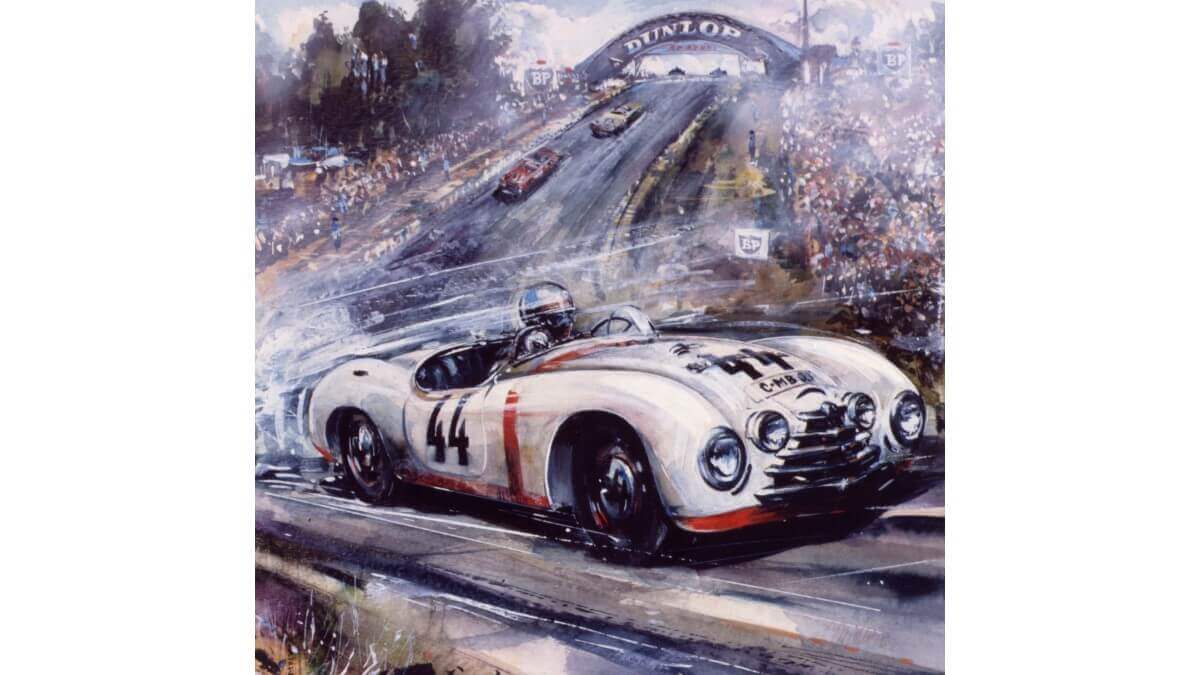 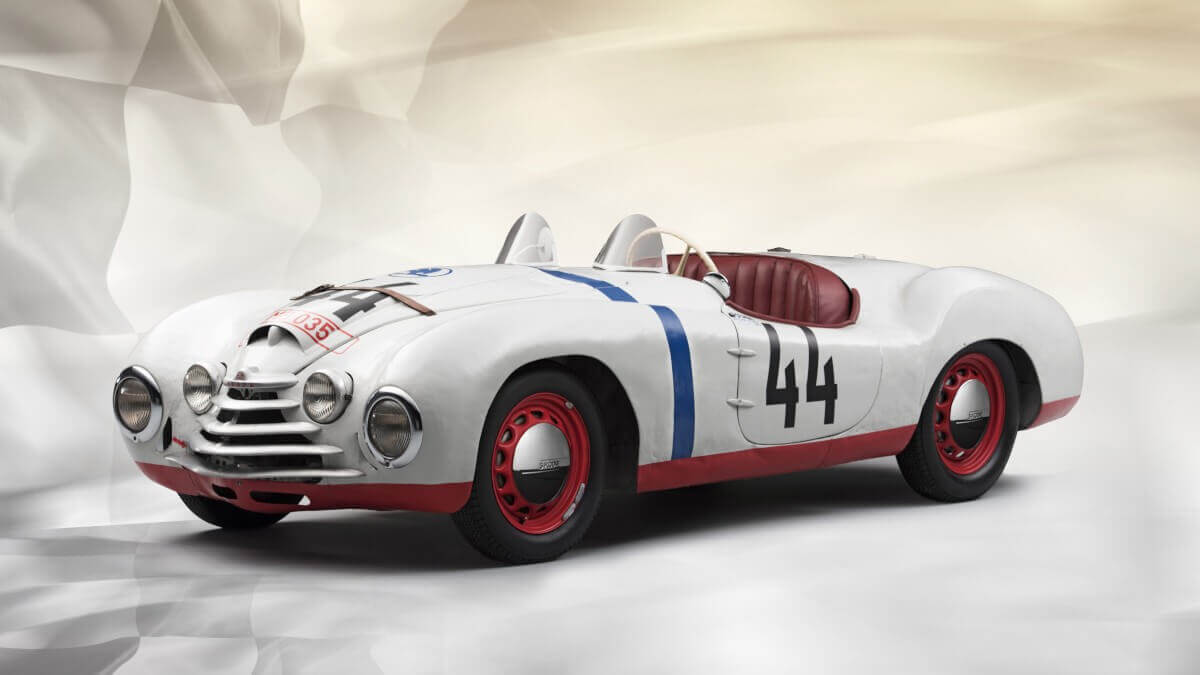 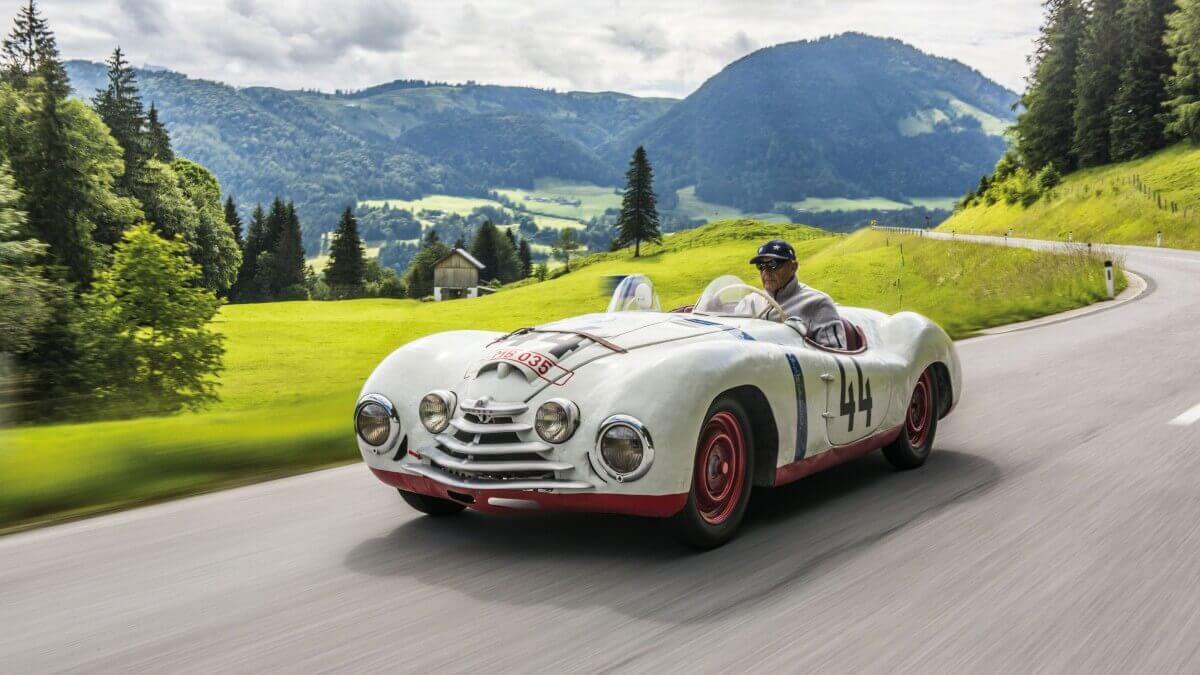 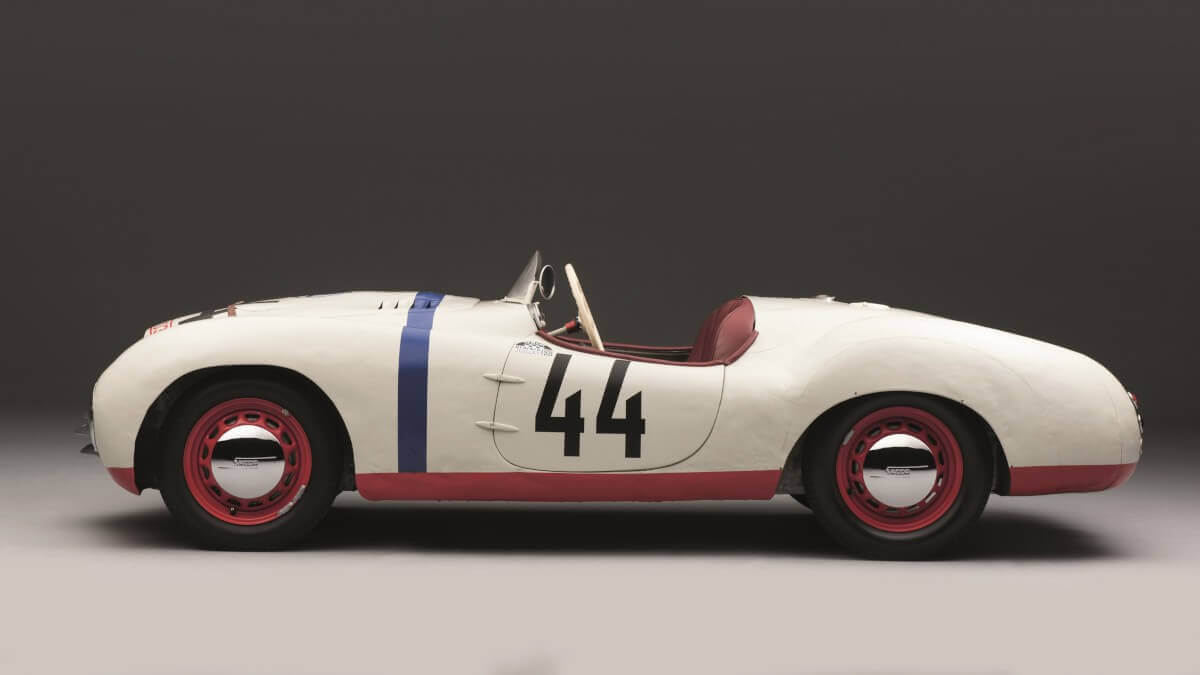 On Saturday, 24 June 1950, the Škoda 1101 Sport, further developed in details, now with a wheelbase of 2,150 millimeters, was actually lined up on the right-hand side of the Le Mans start-finish straight, waiting for the classic Le Mans start at 4 p.m. local time. This special form of starting, which was used until the 1960s, particularly in endurance racing, provided that the starting driver, after receiving the signal from the race control, ran from the left-hand side of the road to his car on the other side, started the engine and drove off. Various drivers only fastened their seat belts properly during the first few laps, which is why racing accidents in the early laps usually resulted in serious injuries. Jacky Ickx finally boycotted this starting procedure and in 1969 he crossed the road very leisurely to his Ford GT40. The race organizers changed the regulations for 1970 and made sure that all drivers had to be correctly strapped in their cars before the race started. 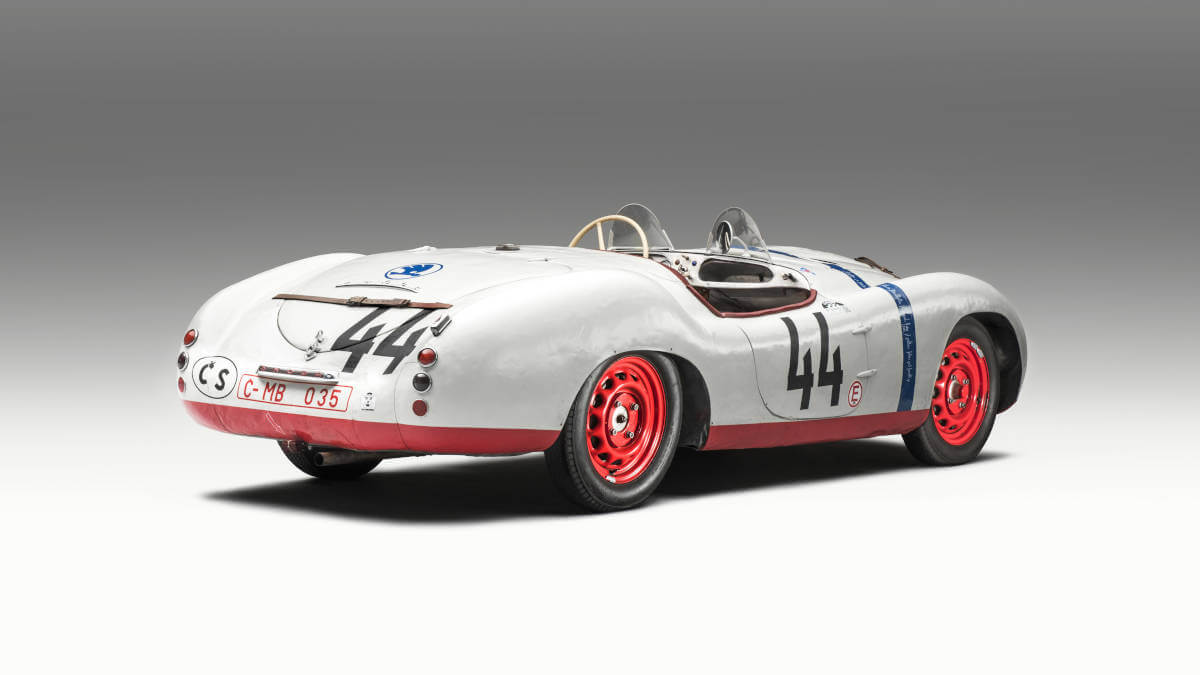 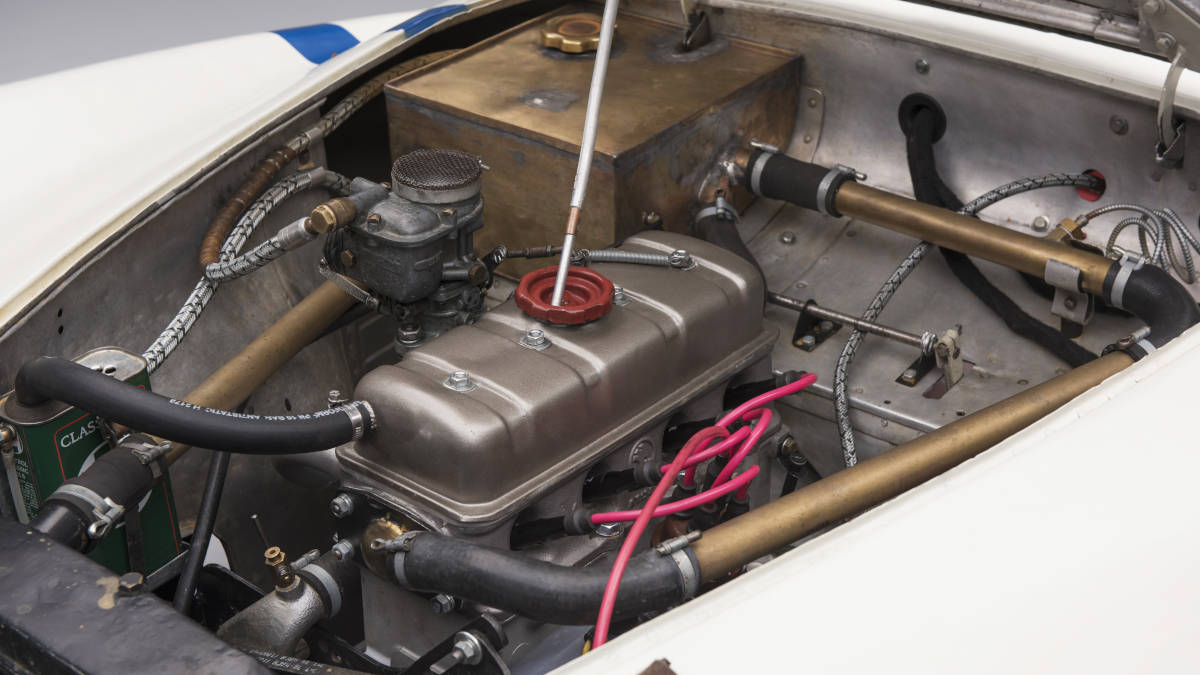 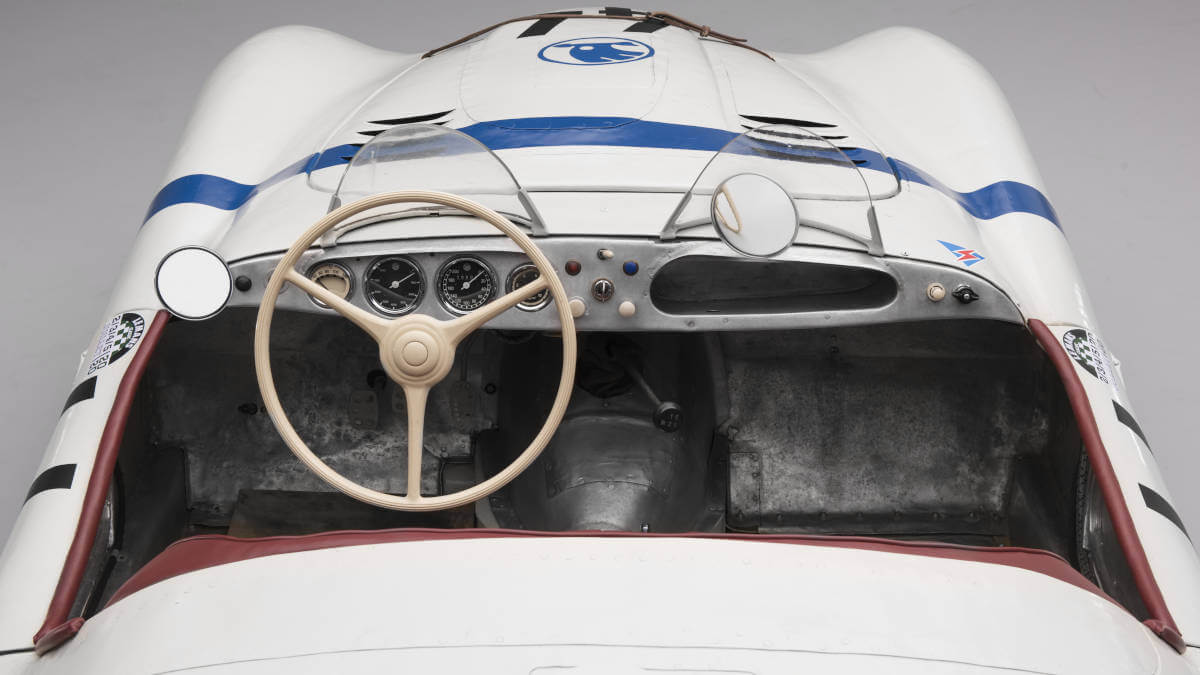 Back to 1950. Václav Bobek and Jaroslav Netušil were the names of the two factory racers who took turns during the 24-hour race. Due to the slightly longer wheelbase, the 1101 Sport had a better straight-line drivability. Small, sickle-shaped air inlets diagonally below the main headlights lead cooling air to the front drum brakes. In addition, Škoda engineers had integrated two more headlights on the side of the radiator grille to provide better visibility at night. Contrary to current practice, other components such as the Barum tyres or the 1,089 cc engine came from series production. A slightly higher compression ratio and a Solex 40 UAIP carburettor increased the power from 32 to about 50 hp. The racing fuel of the time, mixed from petrol, ethanol and acetone, helped the Škoda Sport to reach a topspeed of around 140 kph (87 mph). At the same time, the average fuel consumption was only about 12 liters per 100 kilometers. With a full tank and various spare parts on board, the Škoda weighed only 700 kilograms. This special luggage was necessary because in Le Mans, if the racing cars have to stop with technical failures along the race track, they can only be repaired by the driver himself with parts inside the car.

In the 1950 race, a small technical defect caused the car to roll out after 13 hours and 115 laps, after having previously been in second place in the class up to 1.1 liters cubic capacity with an average speed of 126 kph (78 mph), and at times also in fifth place in the special classification for the power coefficient. A safety element on one of the connecting rod pins had broken off, which couldn’t be repaired at the edge of the race track. Unfortunately, the worsening political situation between East and West prevented Škoda from further participation in Le Mans. The 1101 Sport was sold and is now in a restored state in a Czech car collection. For the 70th anniversary, the car was supposed to return to Le Mans at the beginning of July to participate in the Le Mans Classic for racing cars built before 1979, which is held every two years. Due to the Corona pandemic, however, this event was postponed to 2021.