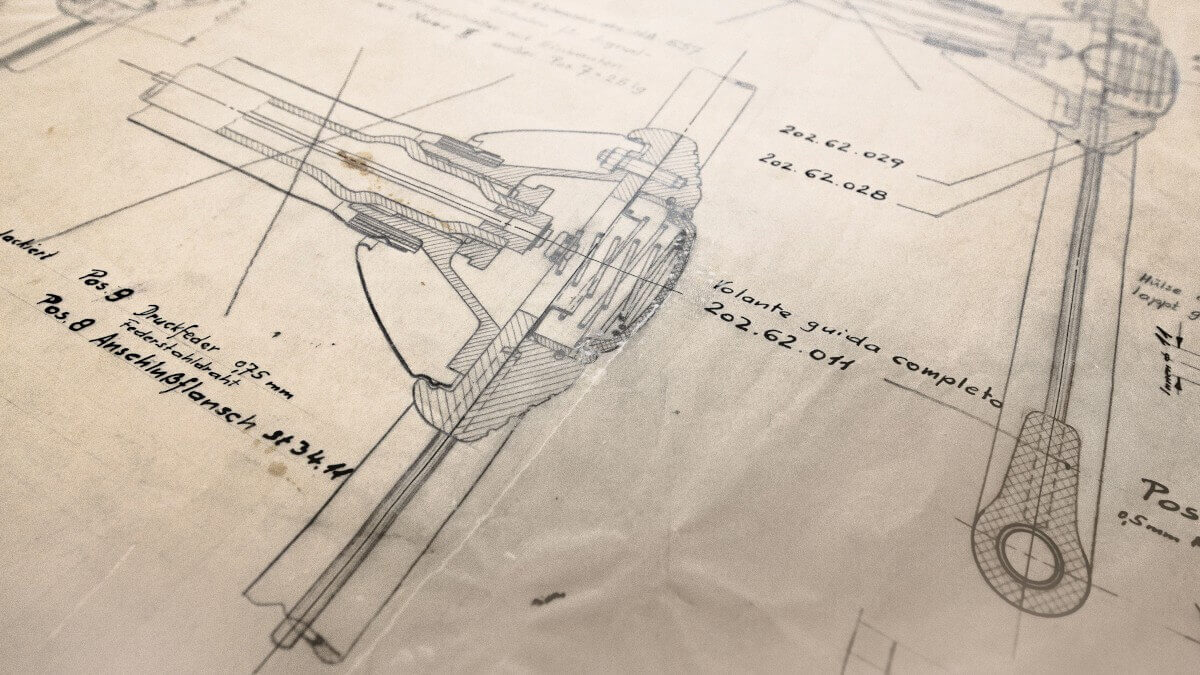 Normally it is assumed that the Porsche archive is located in Stuttgart Zuffenhausen. There, in the new museum building, it was planned with generously designed premises, right? Yes and no. While in Zuffenhausen the photo archive, the brochures, catalogues, booklets and other printings as well as various larger items from the 70-year company history are stored, a large part of the design drawings is stored in basements of the in-house test facilities in Weissach. This branch of the archive alone contains about 100,000 documents.

The history goes back so far that on some drawings no Porsche sports cars are yet to be seen. Some show details of a formula racing car planned for Cisitalia, but already showing some ideas used in the Porsche 356 Number 1. Of course, that car is just as detailed in drawings as the production version, which was drawn in 1950. 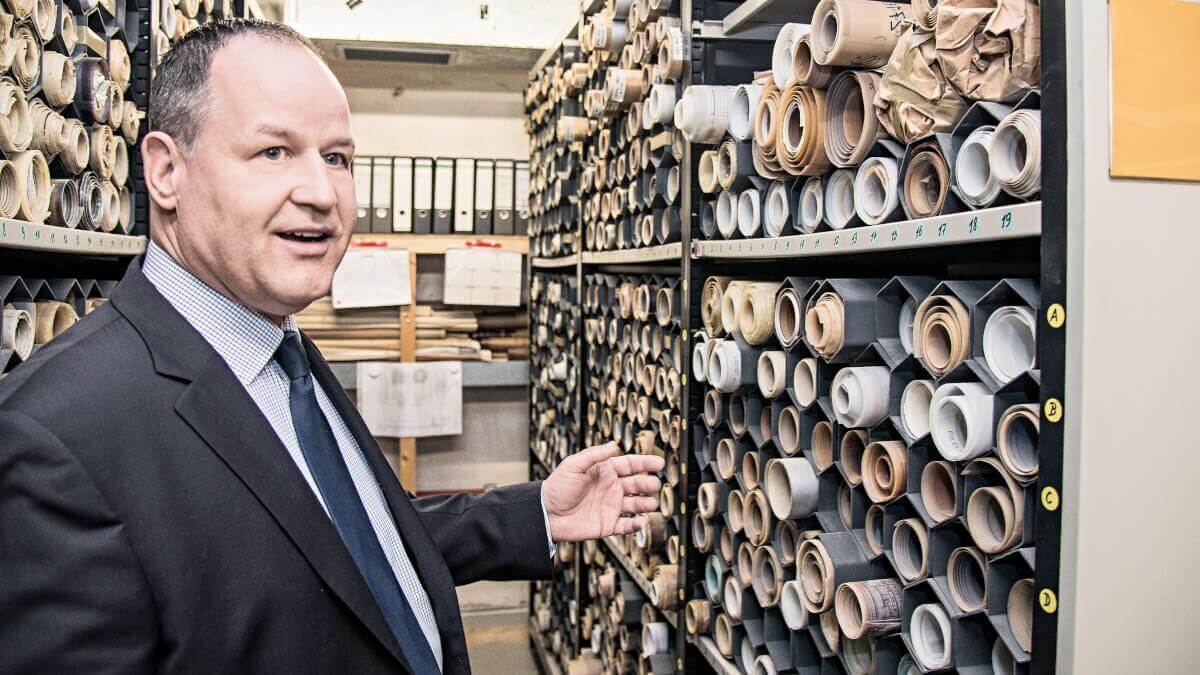 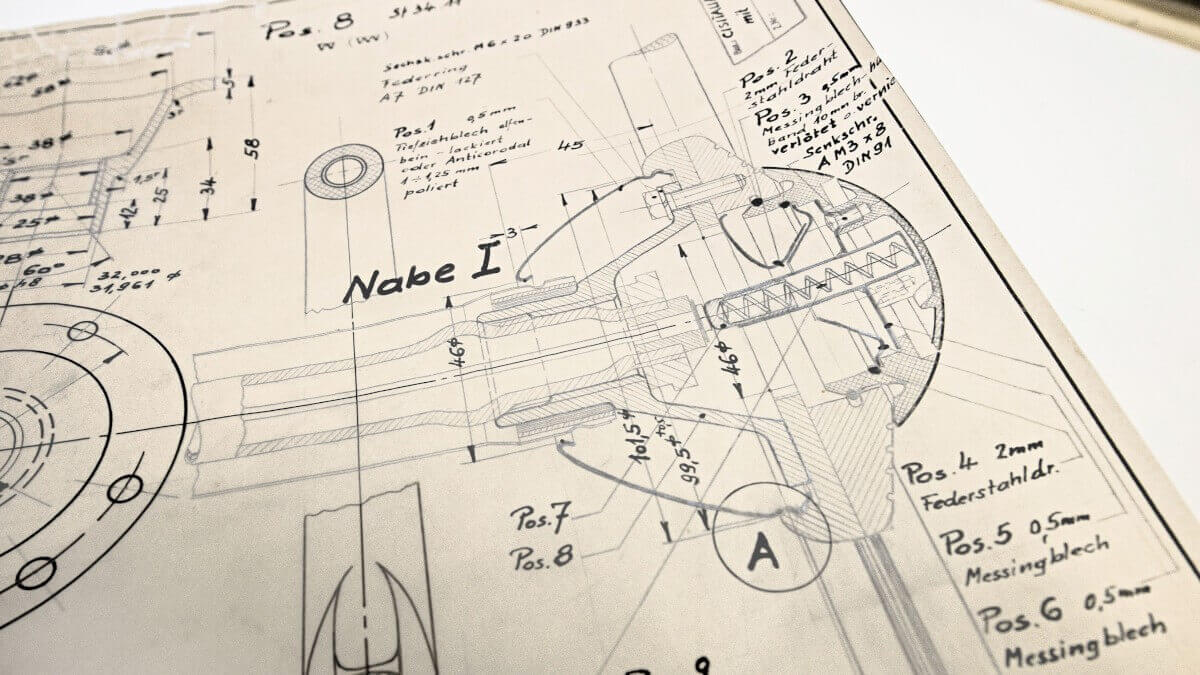 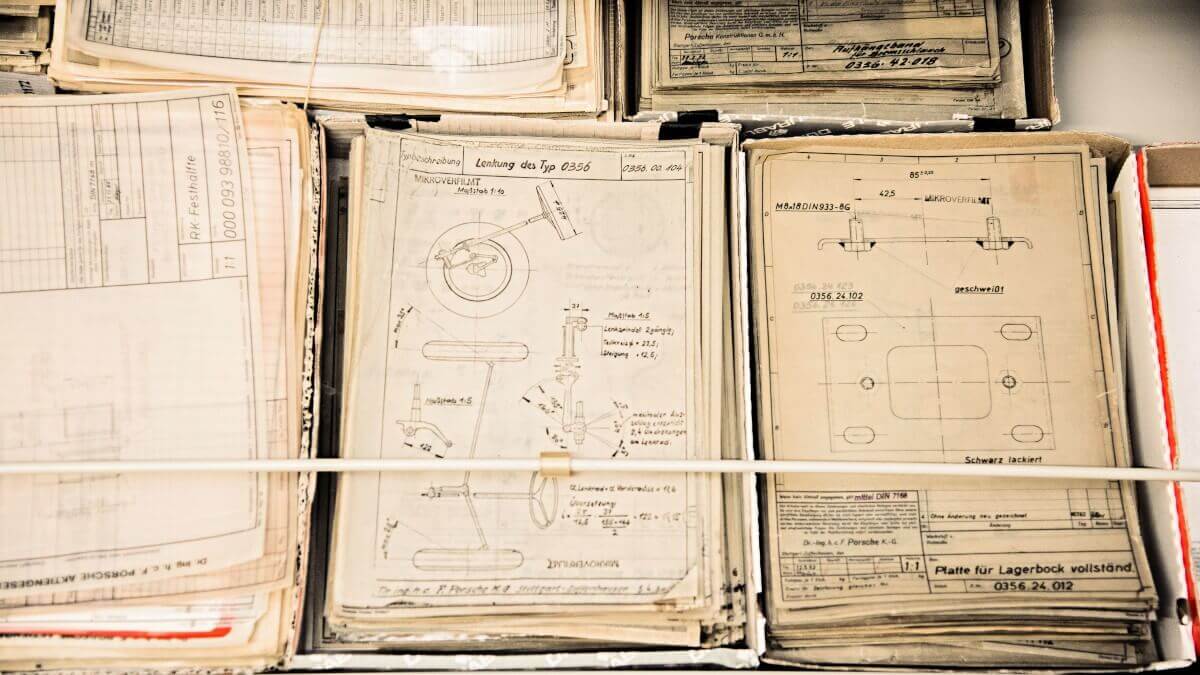 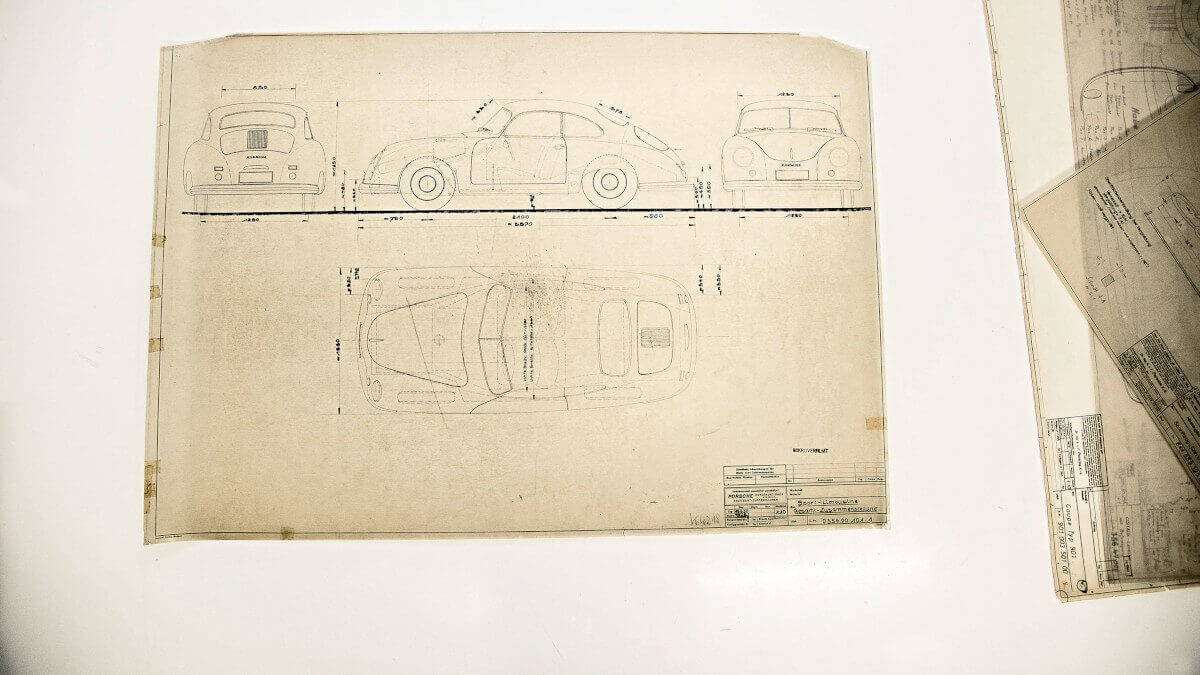 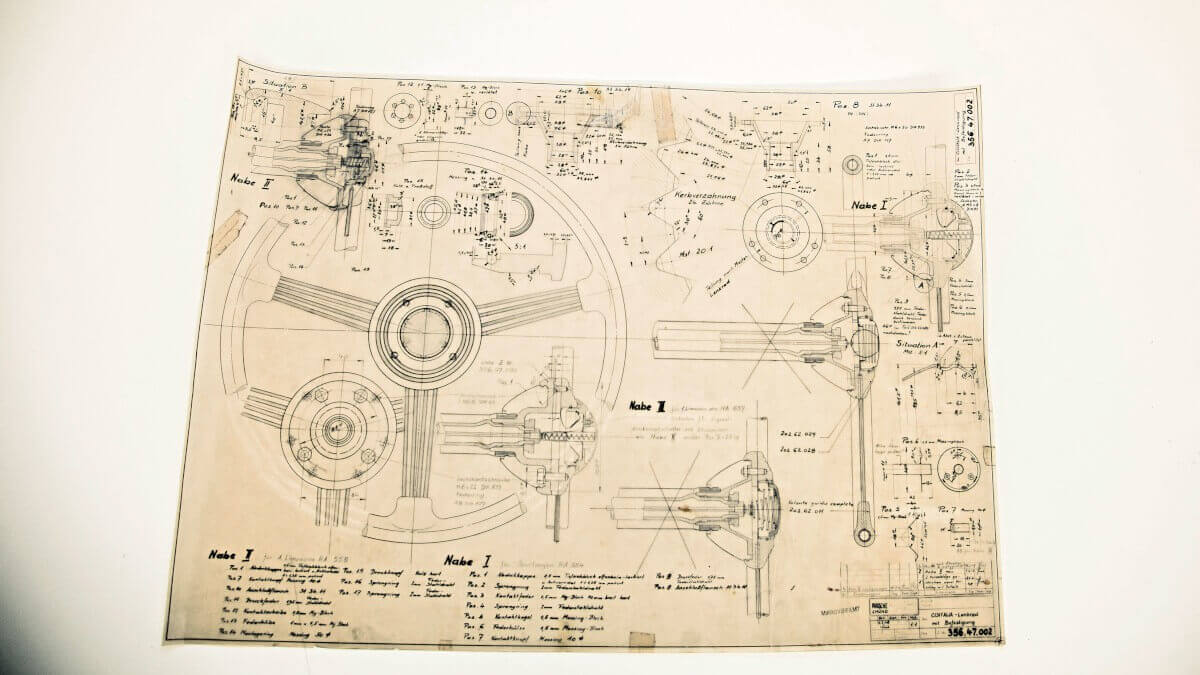 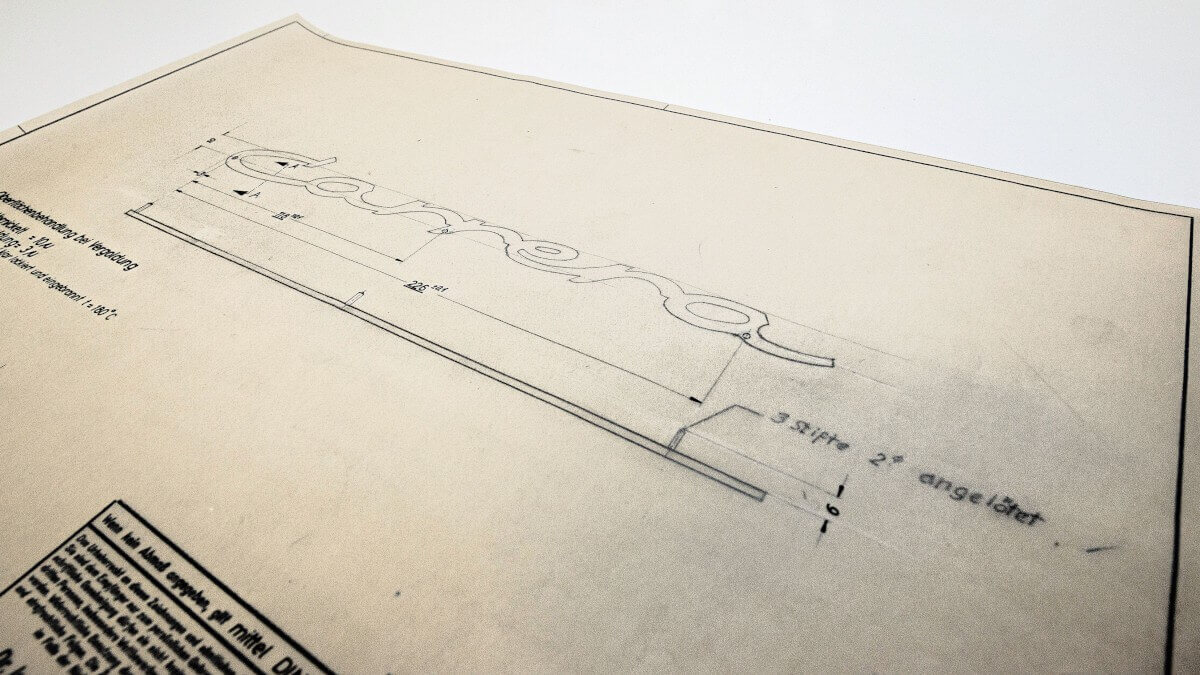 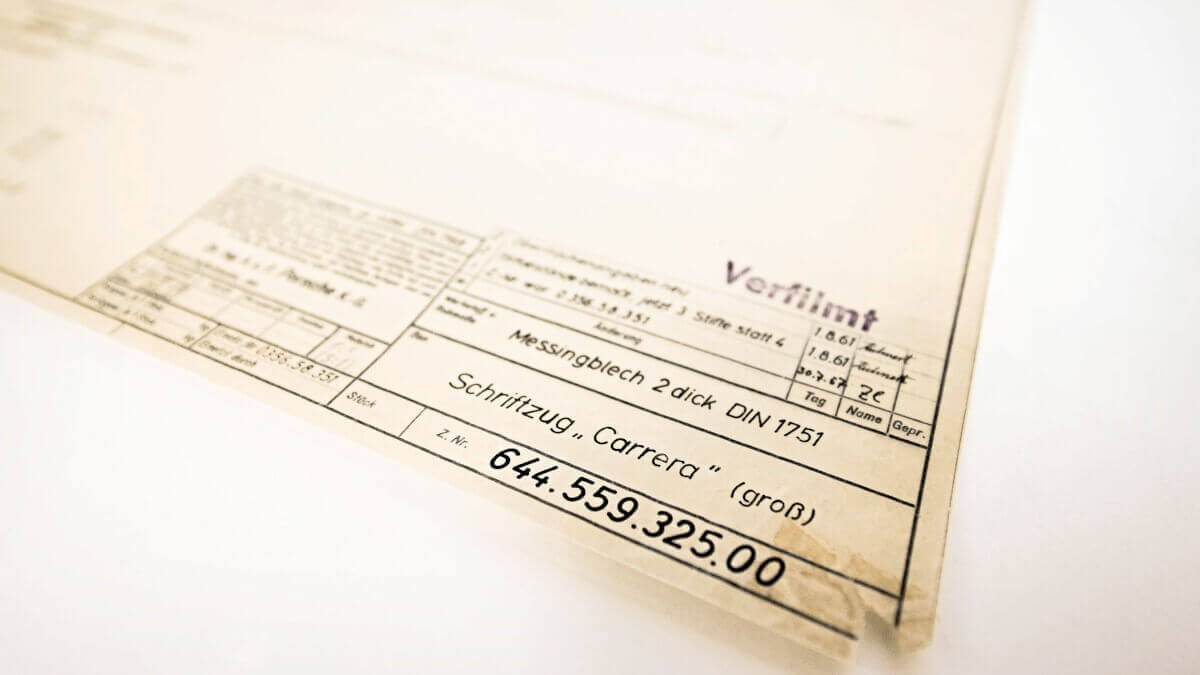 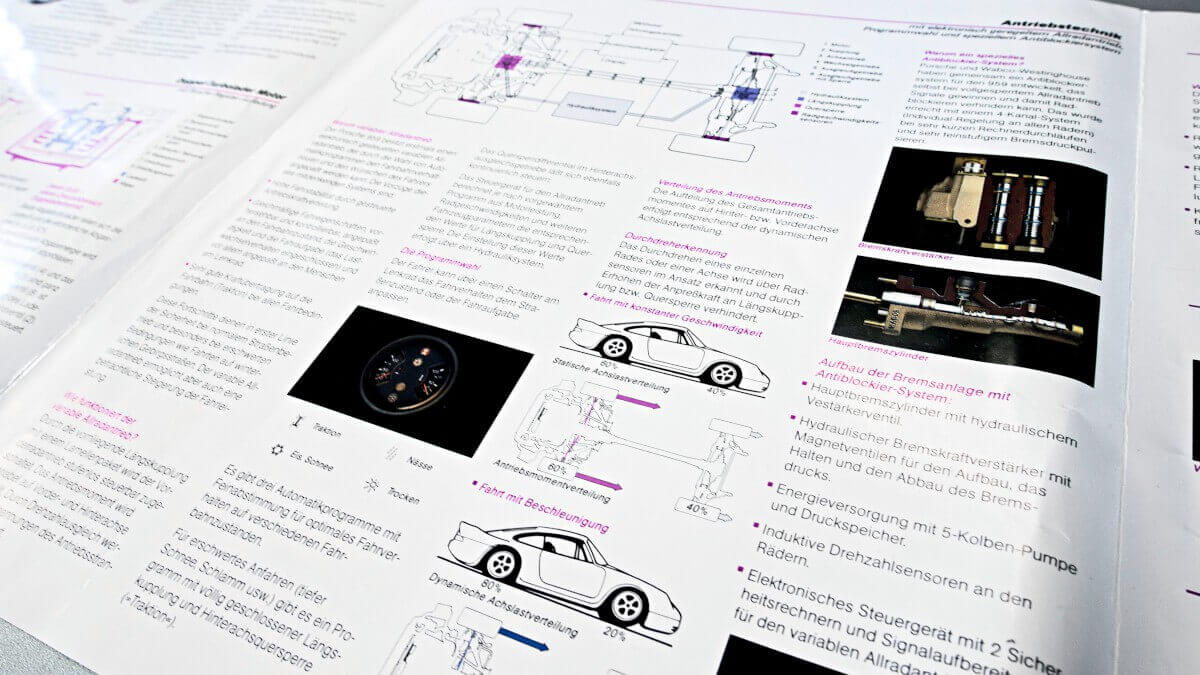 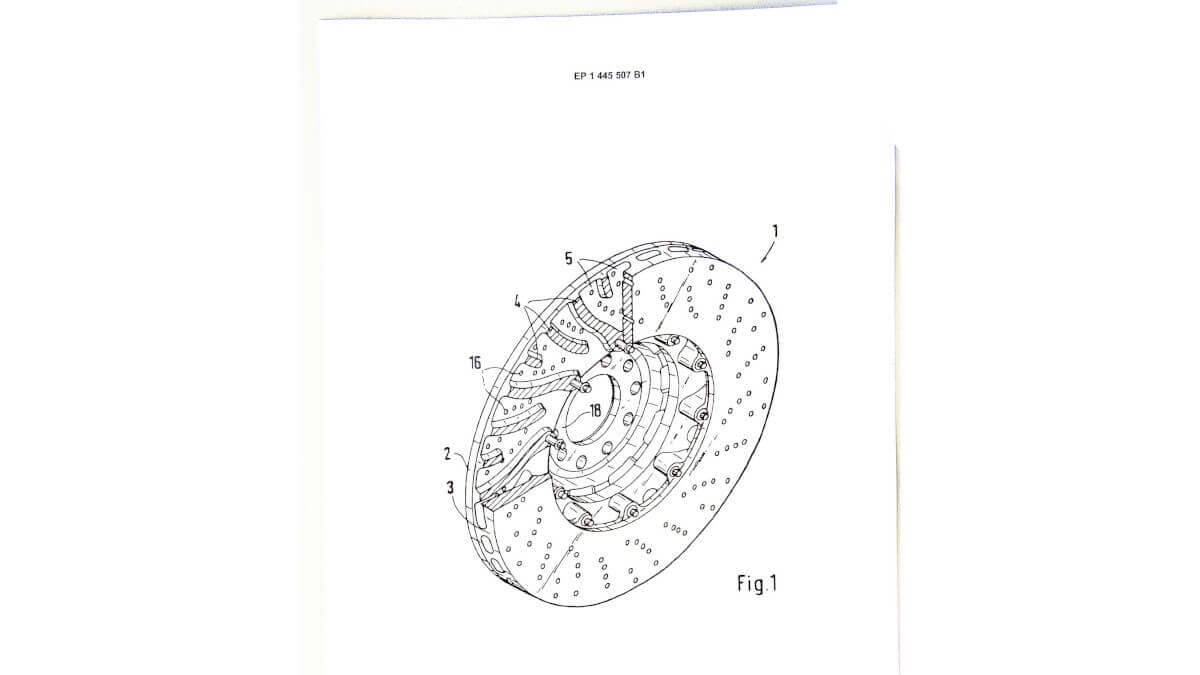 In addition to technical and bodywork sketches, there are also technical drawings for the logos, for example for the very first ‘Carrera’ lettering, which was designed in 1952 for the sportiest version of the 356. All rolls are stored in large rolling cabinets in a windowless basement room. Next to that there are some grey metal cabinets with wide drawers, labeled with the corresponding model series and containing unrolled drawings.

There aren’t only about 100,000 drawing documents in Weissach, but also around one million film punch cards on which the data of long-ago Porsche constructions are recorded. Since their content is irretrievable, Porsche recently bought a corresponding reader machine in the UK from the only surviving supplier of such equipment. Of course, they work closely with the archive colleagues in Zuffenhausen. Since 2002 the collections have been digitized together, so they can’t lose any document due to aging processes. Additional documents and historically valuable treasures could still be stored in many cabinets around the development area in Weissach and might enrich the archive in the future.