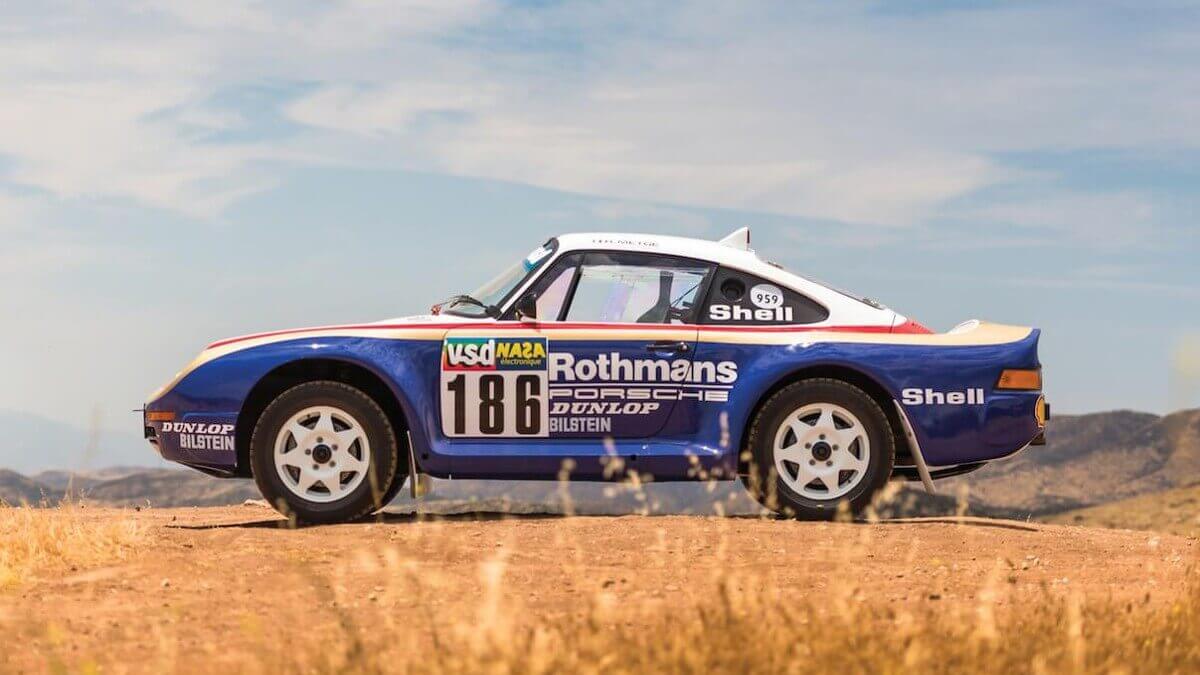 The 1980s were particularly exciting in terms of motorsport. On racing circuits there were the ever-faster Group C prototypes and even on the dusty, muddy scree slopes of the World Rally Championship true bullets rolled past the numerous fans. At best times eight different manufacturers competed in this category. Next to that there were a handful of other manufacturers developing cars in the behind the scenes. This included Porsche. They showed their Gruppe B study at Frankfurt Motor Show 1983 and developed it into the hypercar of the 1980s, the Porsche 959. It was a supercar with potential for rally stages and a contemplated Group B class in circuit racing. The latter never came about, probably because apart from Porsche only Ferrari with their 288 GTO showed serious interest.

Porsche in 1984 used the body shell of the 911 Turbo for the development of its first four-wheel-drive production vehicle, put it up on higher suspension and bigger wheels and sent the result to the Paris-Dakar Rally where it promptly won. A year later they returned with three new test vehicles, which now optically quoted the new 959, but still stood on large, coarse-grained off-road tires. In the rear, however, tinkered a 3.2 liter naturally aspirated engine from the 911 Carrera instead of the turbo six-cylinder boxer engine with 2.85 liters displacement later used in the production car. In 1986 Porsche finally competed in the Paris-Dakar Rally with the complete technology of the 959 and three newly built racing cars. 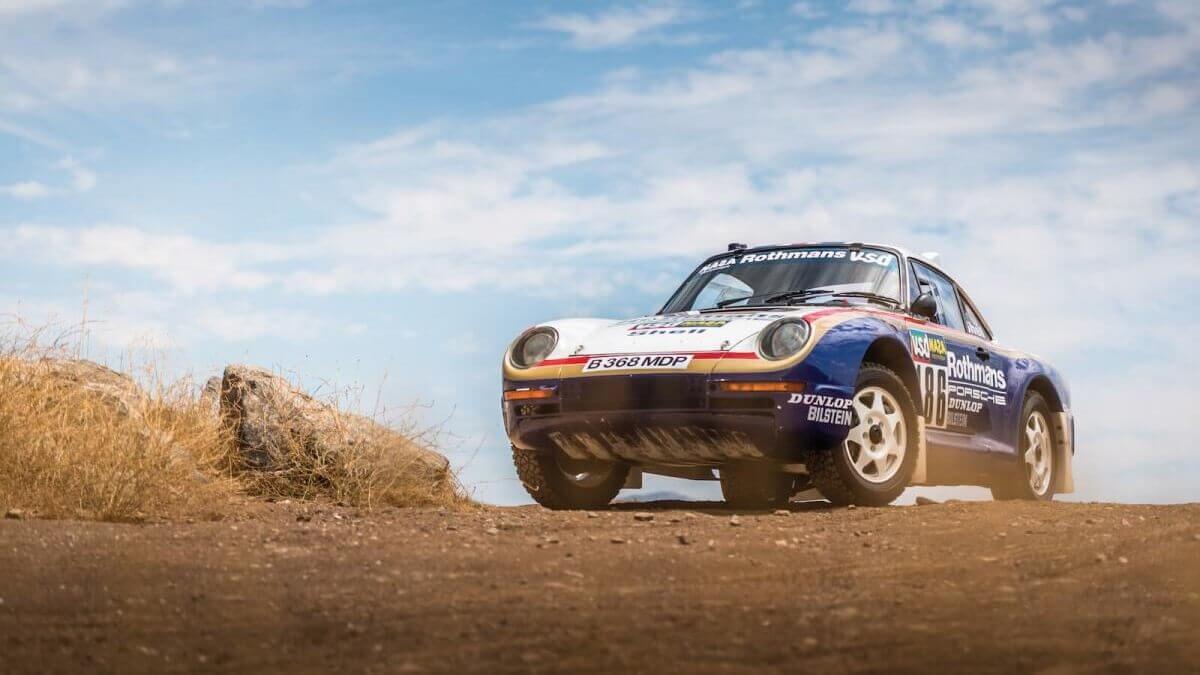 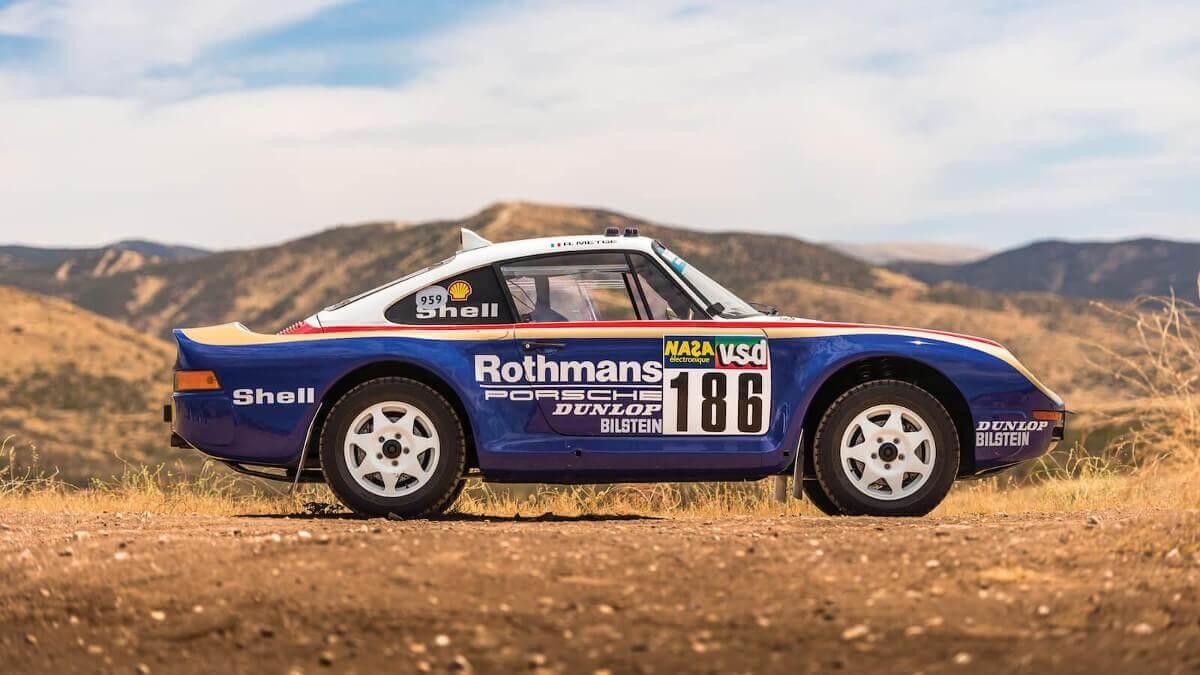 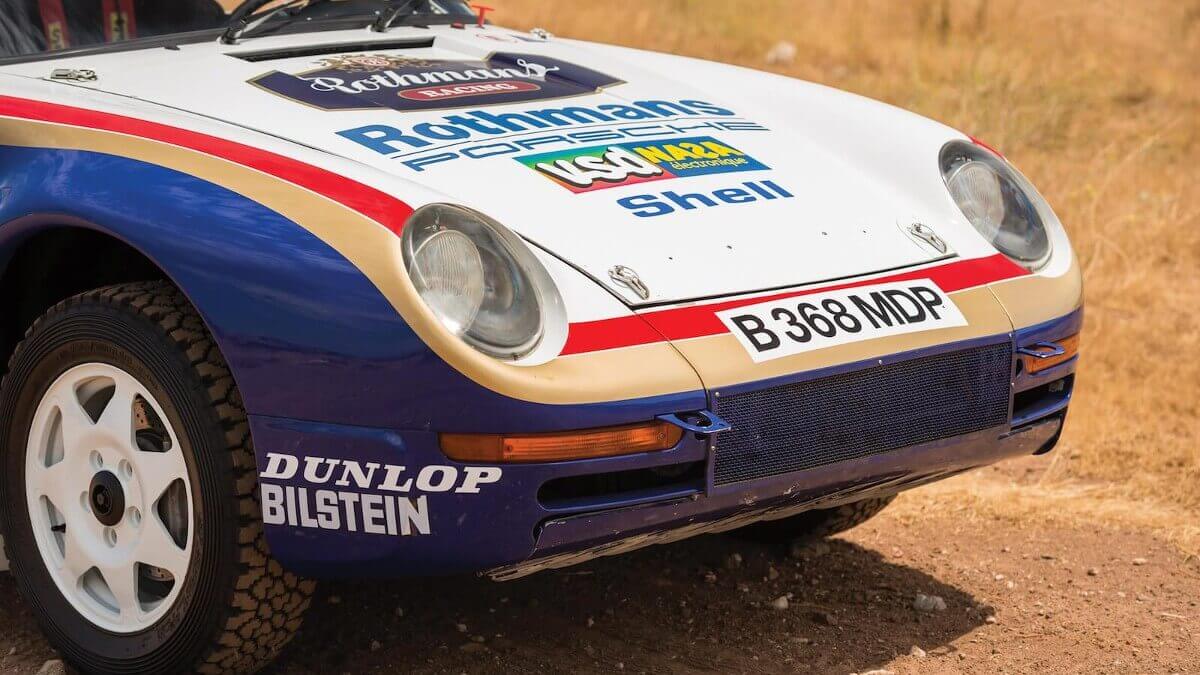 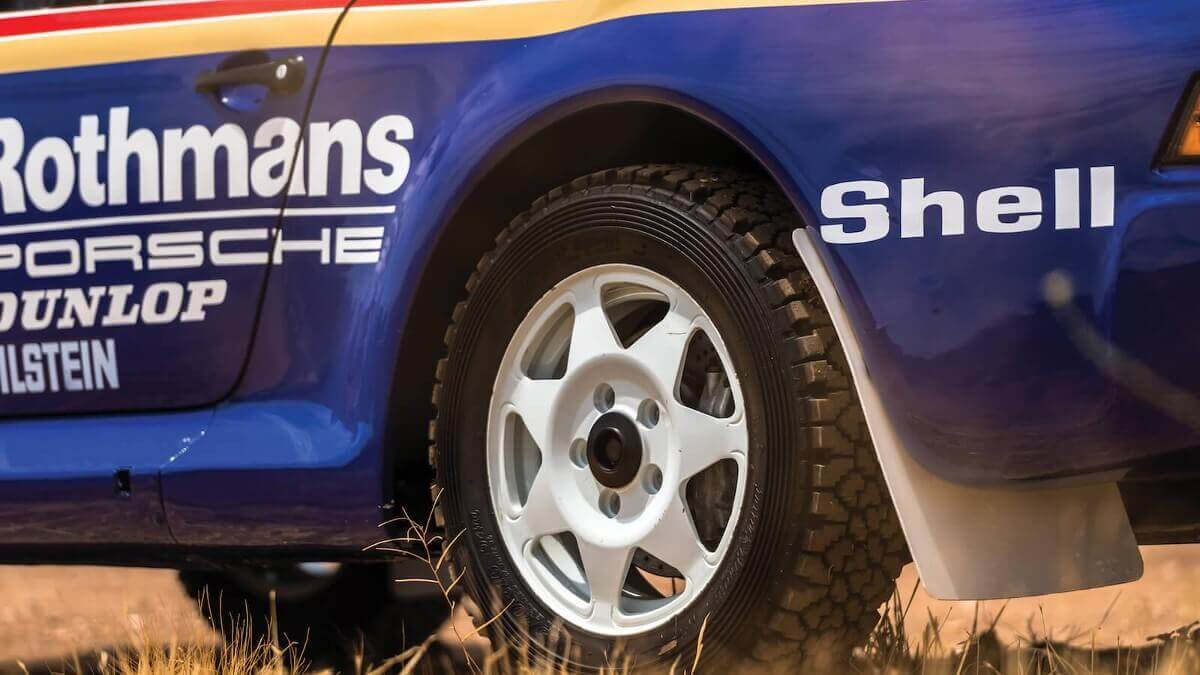 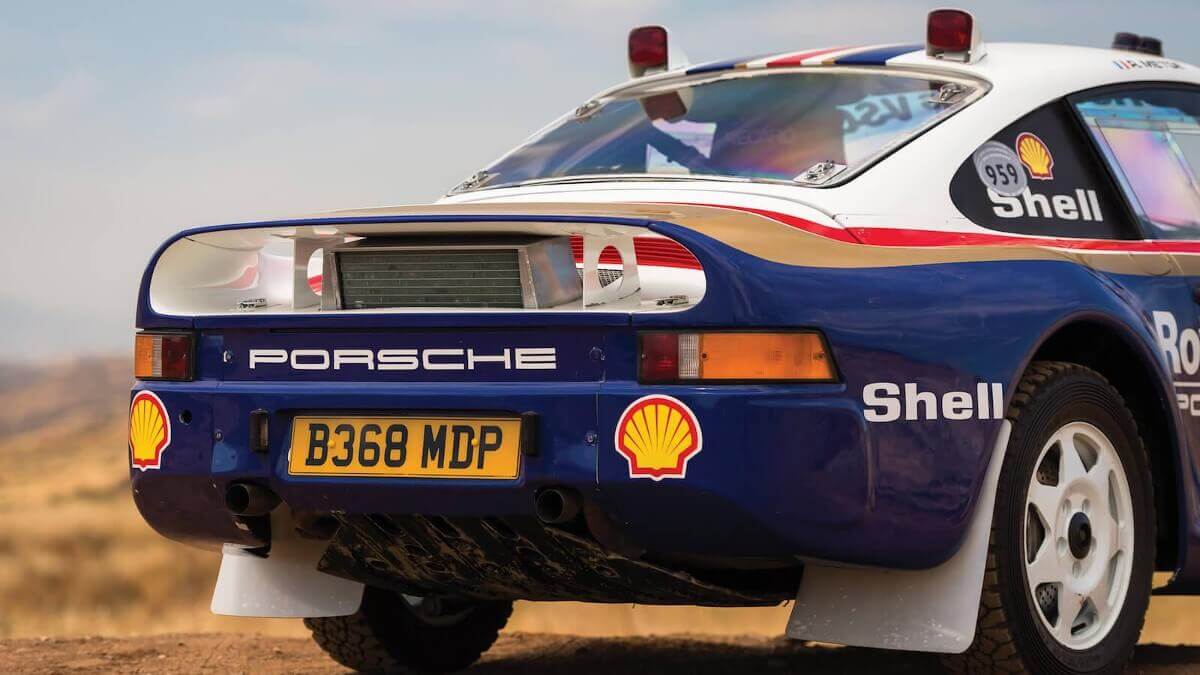 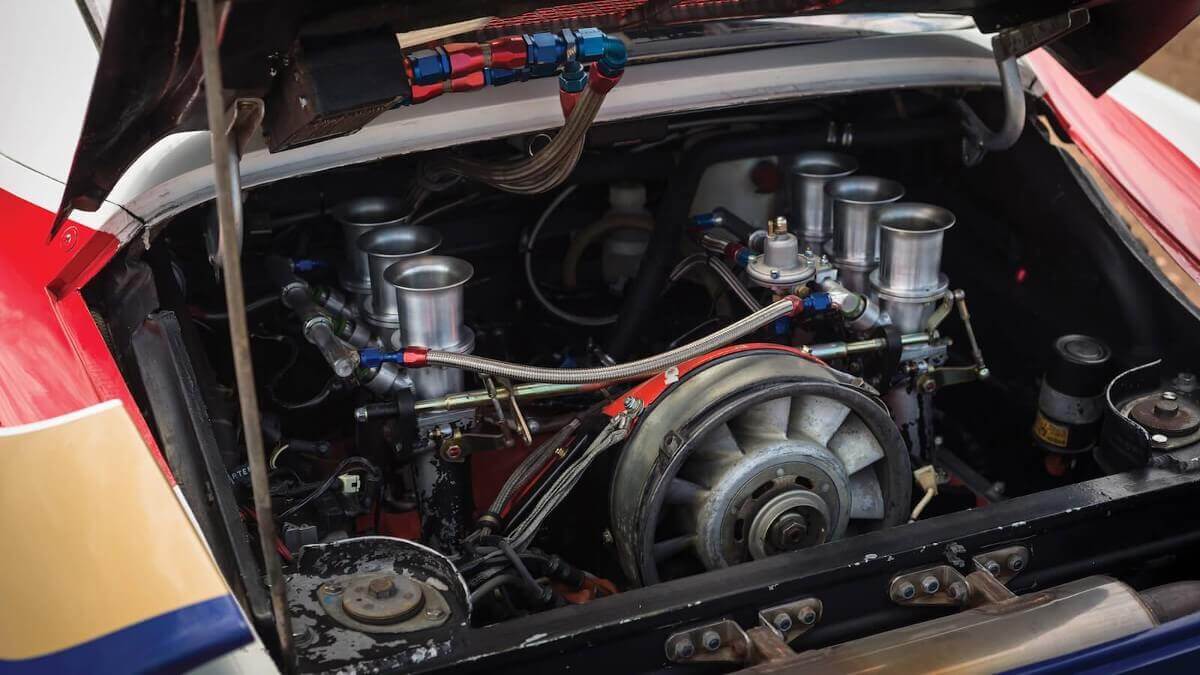 RM Sotheby’s is hosting the ‘The Porsche 70th Anniversary Sale’ at the Porsche Experience Center in Atlanta/Georgia on 27 October. For this occasion a British Porsche collector wants to part with his Porsche 959 Paris-Dakar. It is one of the three original 1985 vehicles, more specifically that of René Metge, who won this long distance rally in 1981, 1984 and 1986. He had no luck with the first 959 prototype. While the two sister cars failed due to accidents, Metge’s car did not finish due to a break of the oil line. Following the rally, the Porsche was used to prepare for the Paris-Dakar the following year and was eventually sold.

Only two or three 959 Paris-Dakar are in private collections today. Never before has one be offered publicly, and never at an auction. RM Sotheby’s estimates the potential high bid at 3,000,000 to 3,400,000 US$.