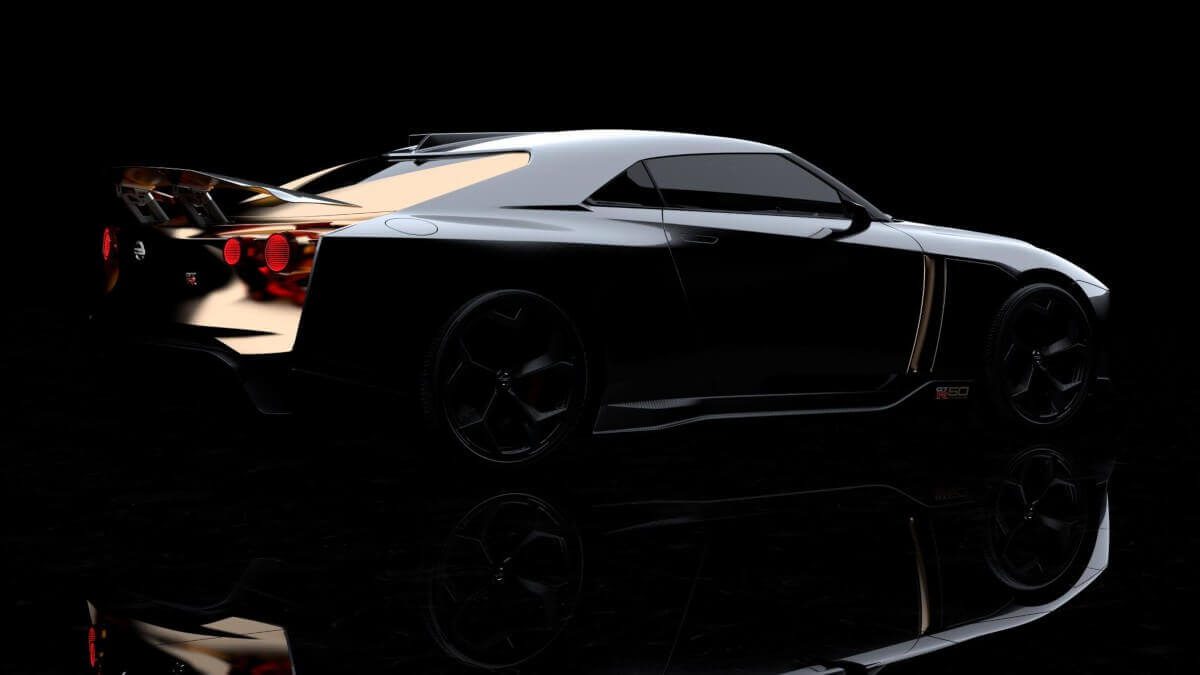 To celebrate the joint 50th anniversary of the sports car GT-R and the coachbuilder Italdesign, the Japanese company Nissan and the Italian designers teamed up to create a one-off of the GT-R. For this purpose Italdesign took delivery of a brandnew GT-R Nismo and was asked for an individual and independent interpretation of the design language. Support came from the Nissan design studios in Europe and USA. The result is called Nissan GT-R50 by Italdesign, which is expected to debut during the Goodwood Festival of Speed.

The design team distributed several golden accents over the entire vehicle. This begins at the grille surrounding, which extends almost over the full width of the car. Between clearly defined beads there are two NACA ducts on the bonnet, which are also highlighted in gold, as are the wing mirrors, the air outlets behind the front wheels and the entire inner area of the rear car. Based on the thin LED headlights, which are pulled far into the front fenders, a certain relationship to the current GT-R is visible. Meanwhile the designers lowered the roofline by a full 54 millimeters and also drop it from the middle of the roof to the rear. In the centre of the roof is a recessed area with a small fin towards the rear window. 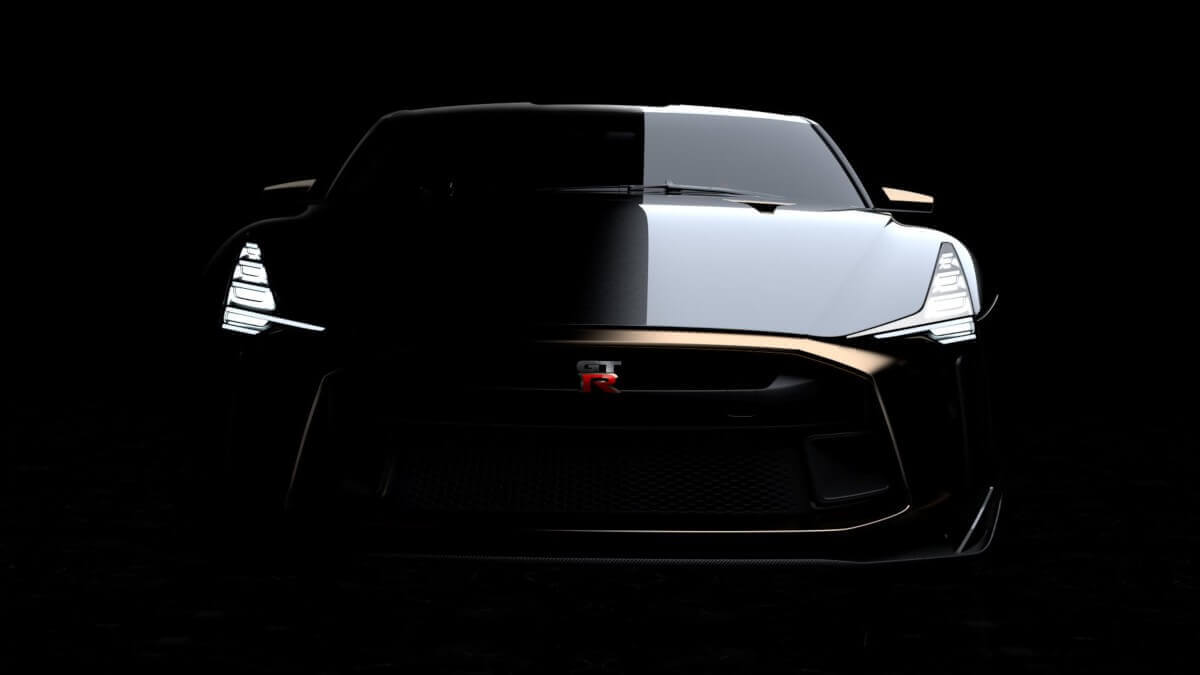 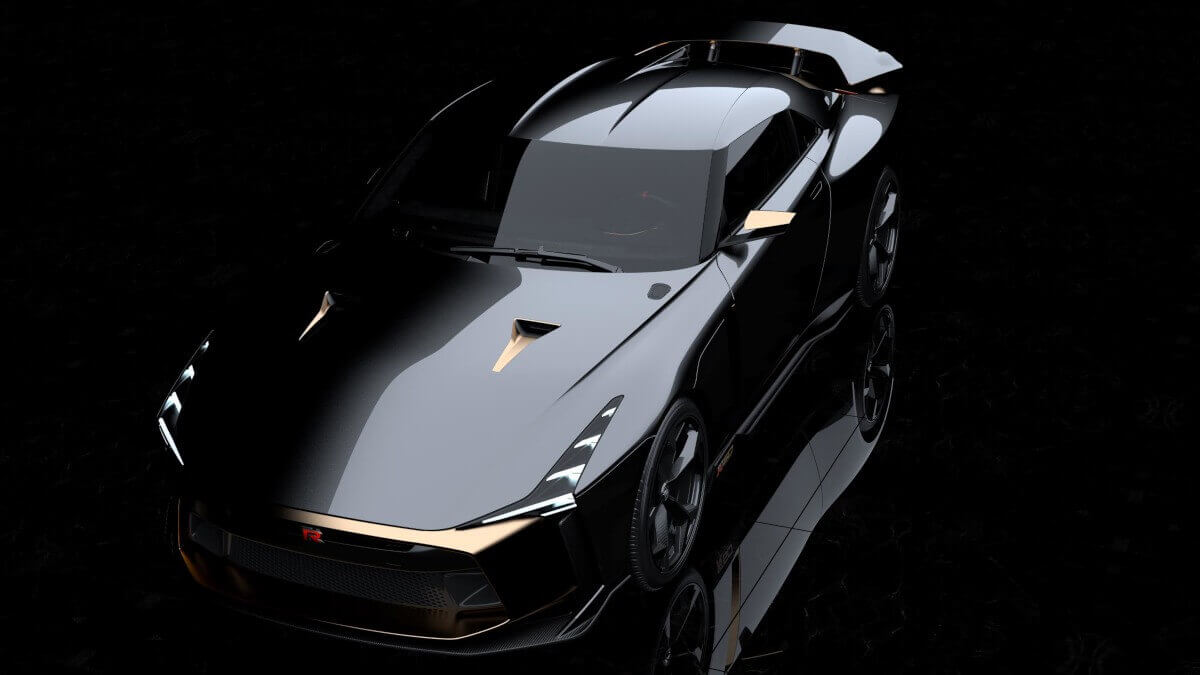 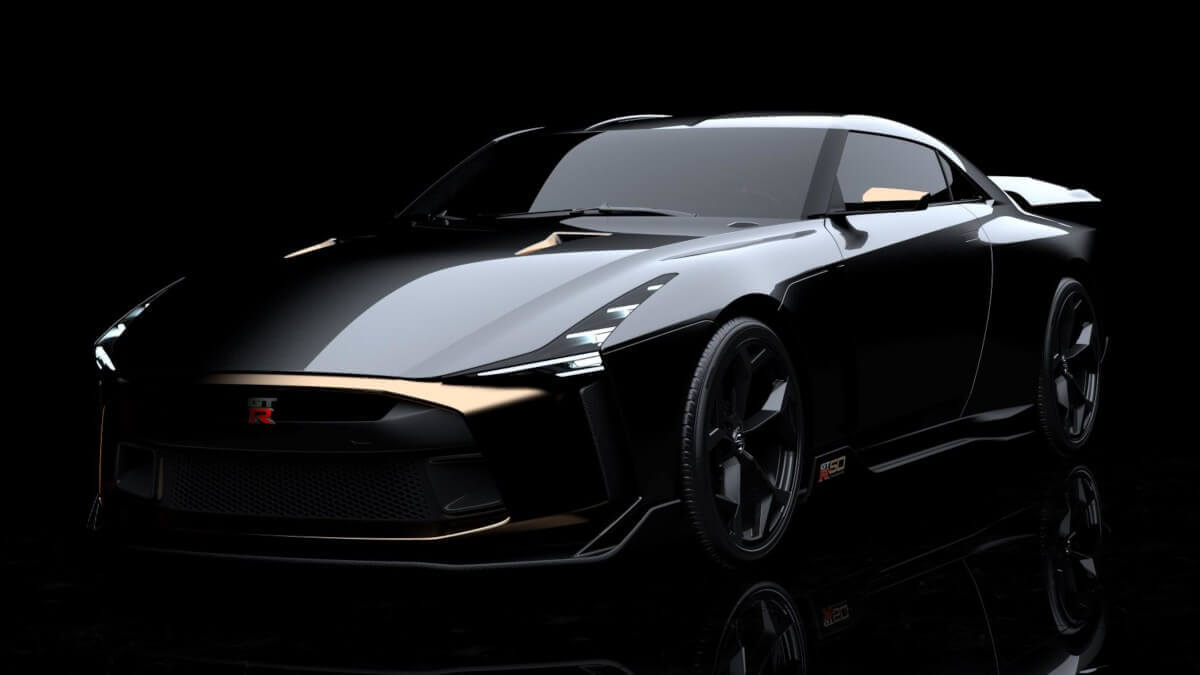 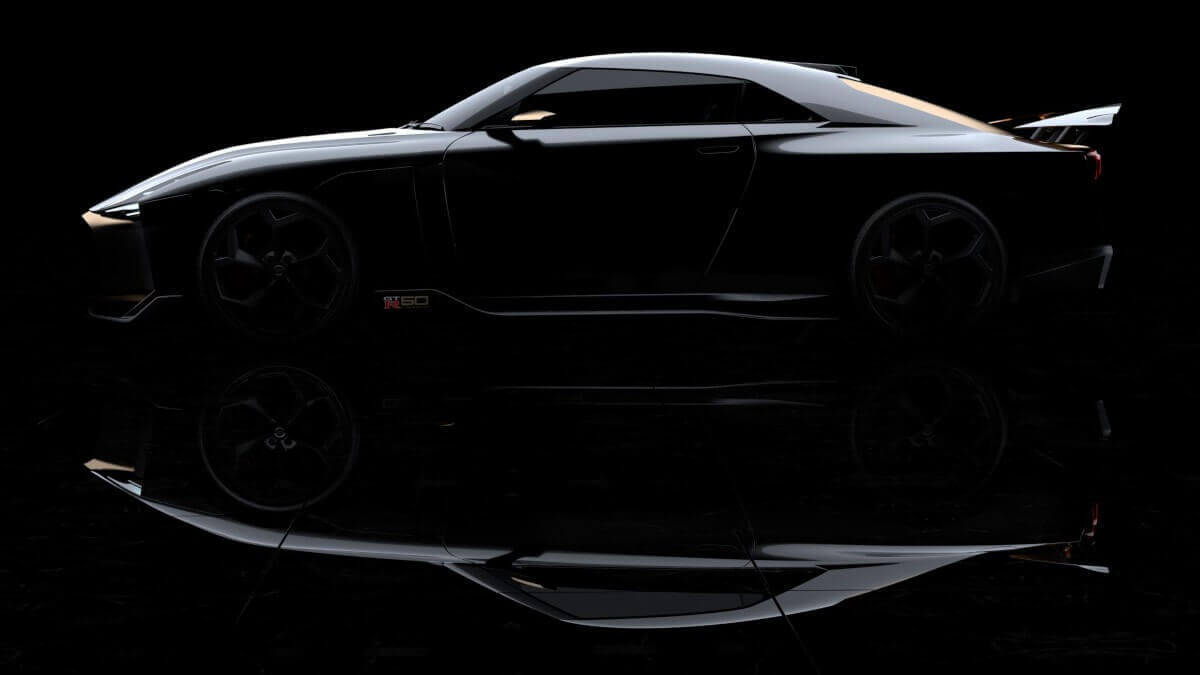 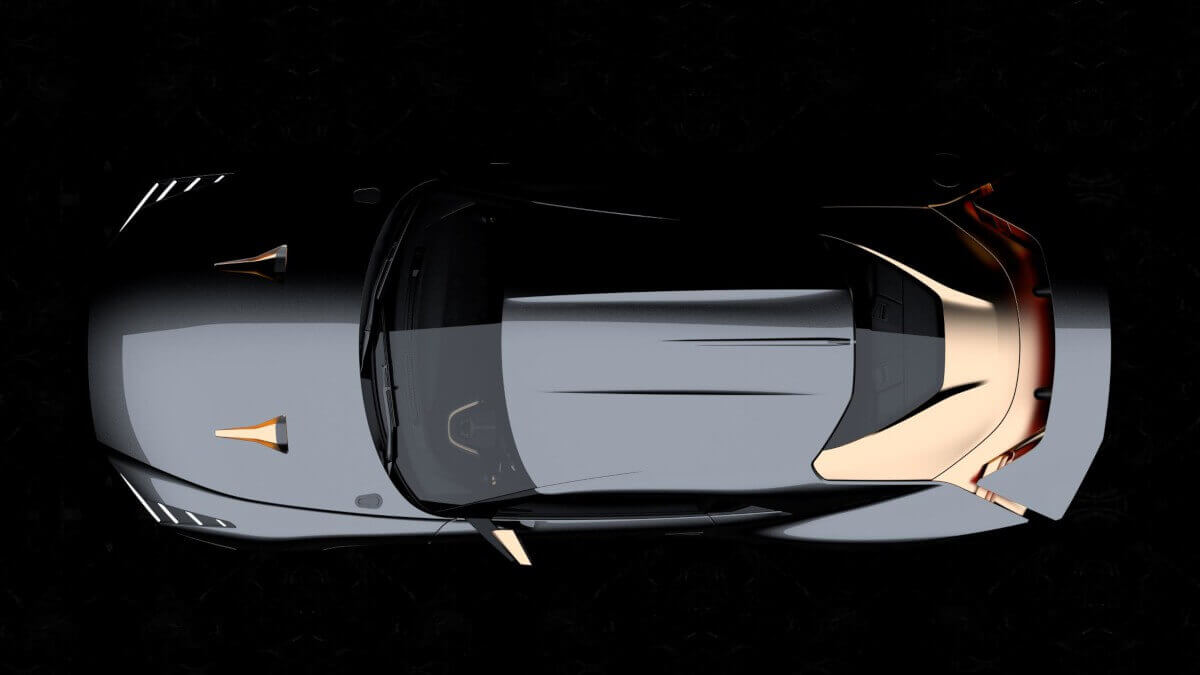 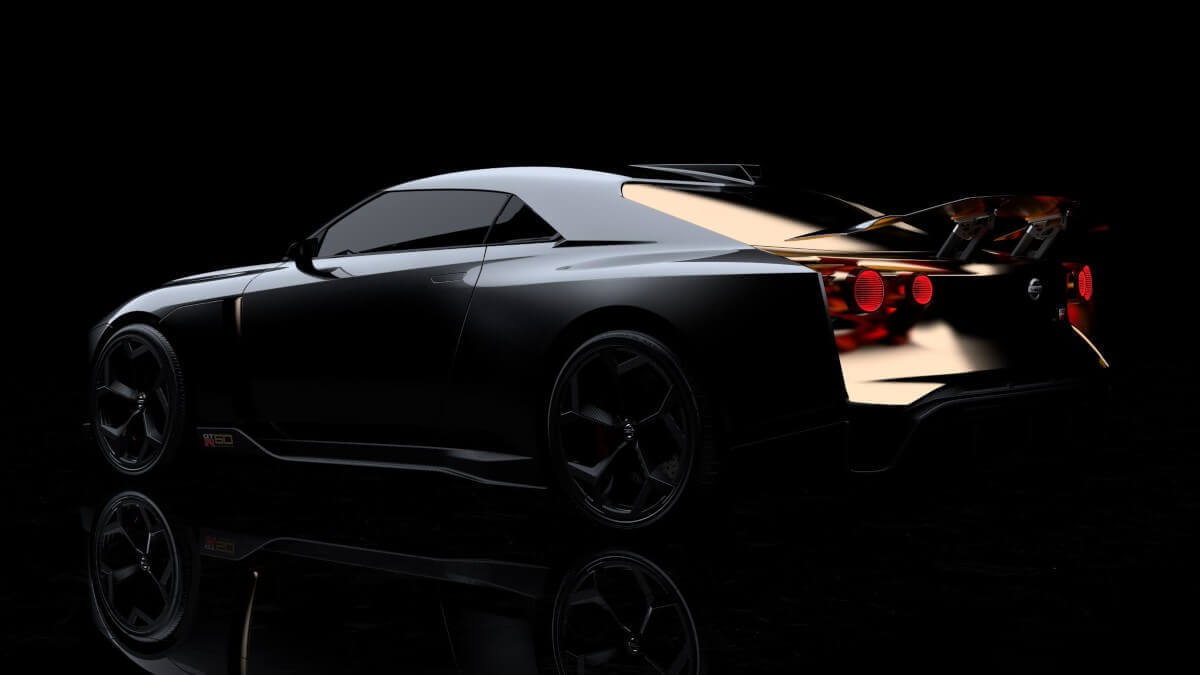 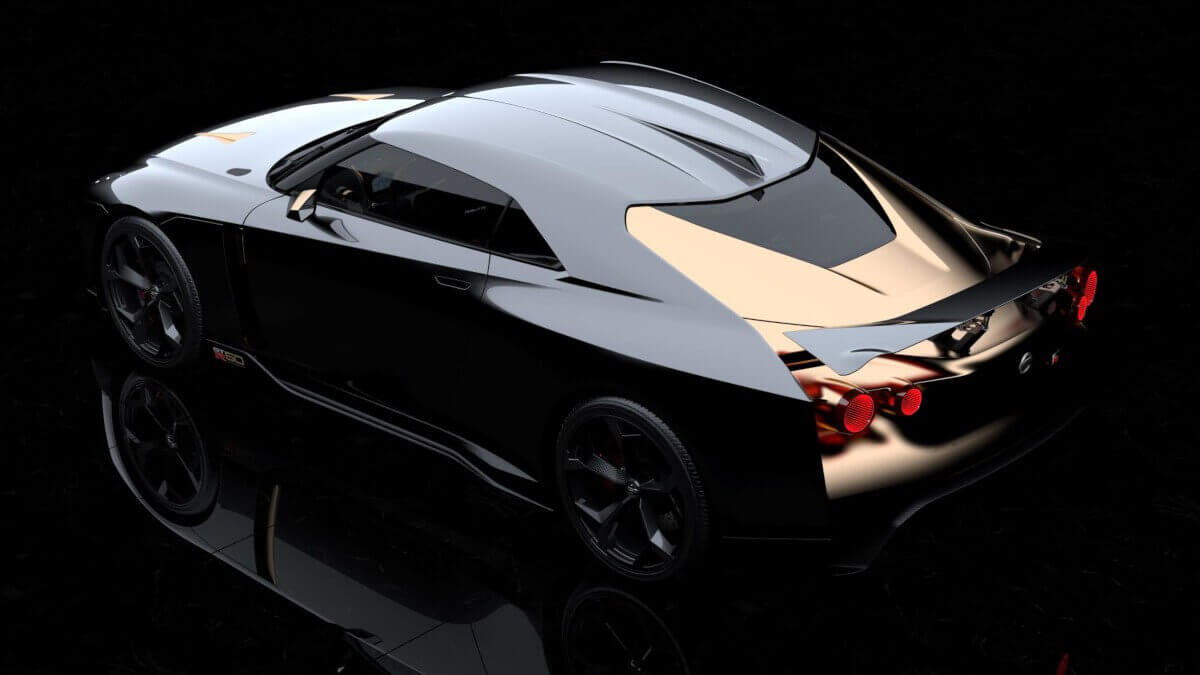 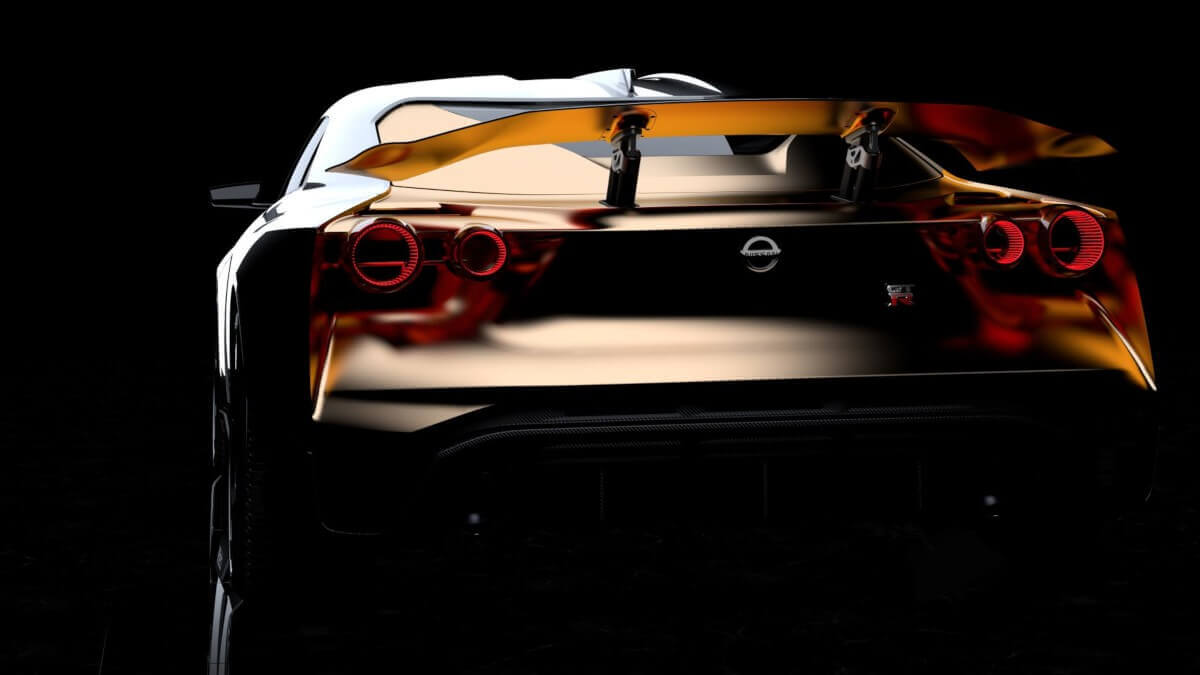 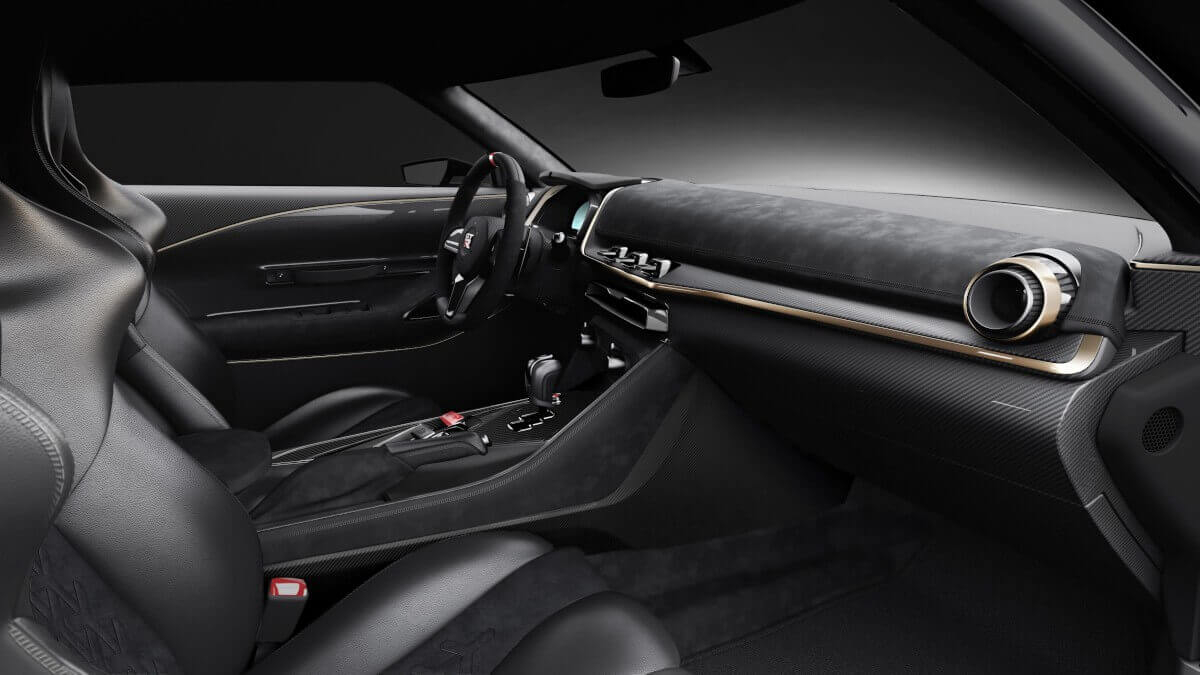 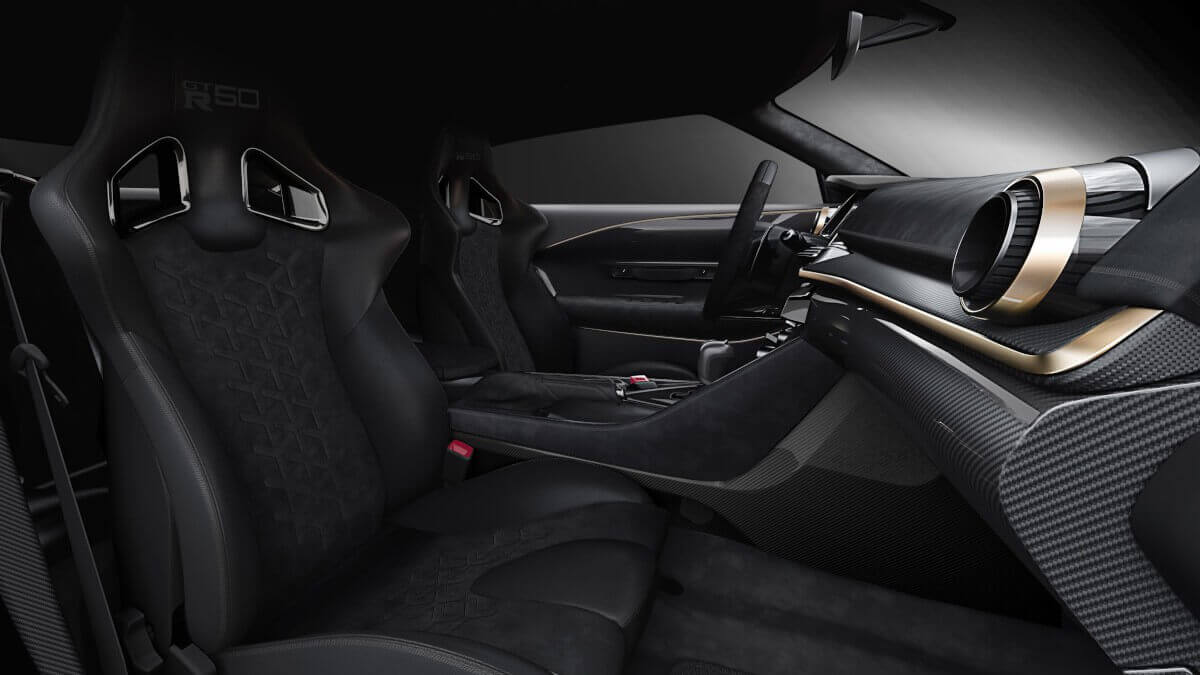 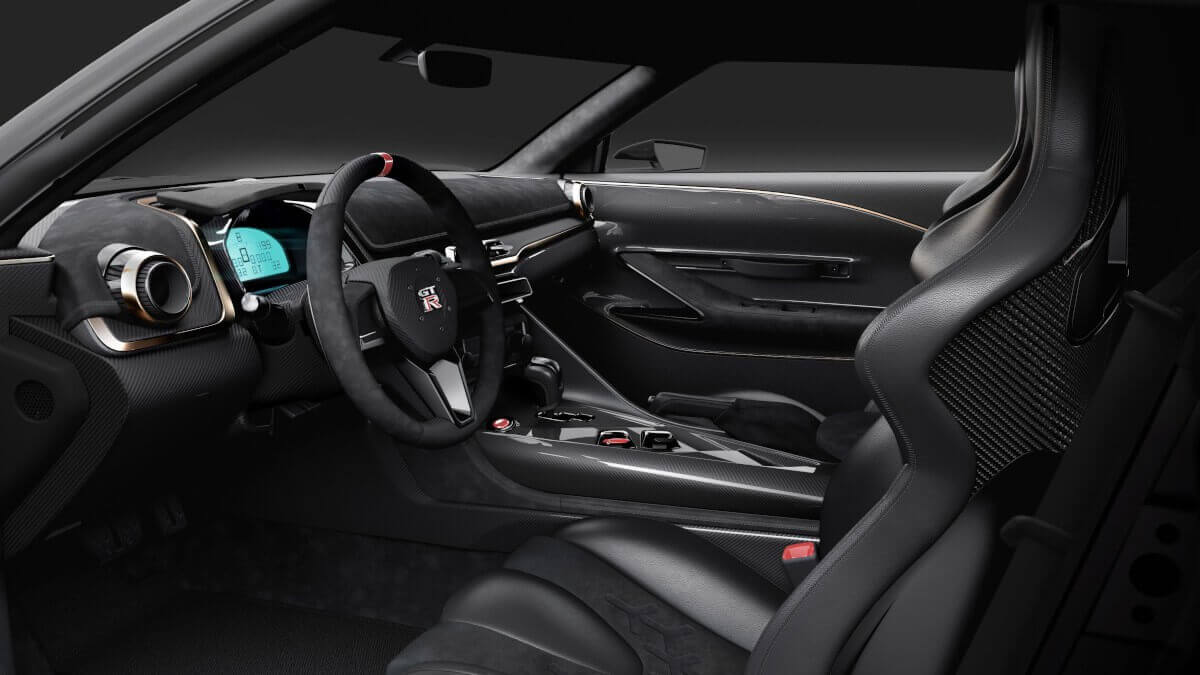 From rear window on the shoulderline tapers to the rear end of the car. Compared to the normal GT-R and the GT-R Nismo, the Nissan GT-R50 by Italdesign shows a narrower and longer rear window, which catches the eye nearly as a separate car part through its golden surrounding. Muscular wheel arches and the four round taillights in turbine look emphasize the sportiness of this one-off car together with the extendable rear wing. The wheel arches are filled by 21 inch big rims with Michelin Pilot Super Sport tires in 255/35 at front and 285/30 at the rear. Apart from the golden accents the bodywork is painted in ‘Liquid Kinetic Gray’.

Italdesign has also put its hands on the inside of the GT-R50 together with the Nissan designers. Door panels, dashboard and center console show two different weaves of carbonfibre, while the seats are covered in black leather and Alcantara. Golden accents are an idea taken from the exterior. From the Alcantara upholstered, flat-bottomed steering wheel the driver takes control of the significantly uprated six-cylinder biturbo engine with 3.8 liters of displacement. Based on experiences from motorsport, gained with the GT-R GT3, the Nismo technicians now tickle 530 kW/720 PS and 780 newtonmeters of torque from the block. This is achieved through larger turbochargers from the GT3 racecar, a high performance crankshaft and enlarged intercoolers as well as modified pistons, connecting rods, bearings, high performance piston oil nozzles, larger injectors, revised camshaft profiles and optimized engine control software. Power is transmitted to the all-wheel drive system by a six-speed sequential gearbox with reinforced differentials and drive shafts instead of the double-clutch system in the production cars. Infinitely adjustable Bilstein DampTronic I dampers and a high performance brake system from Brembo complete the package.