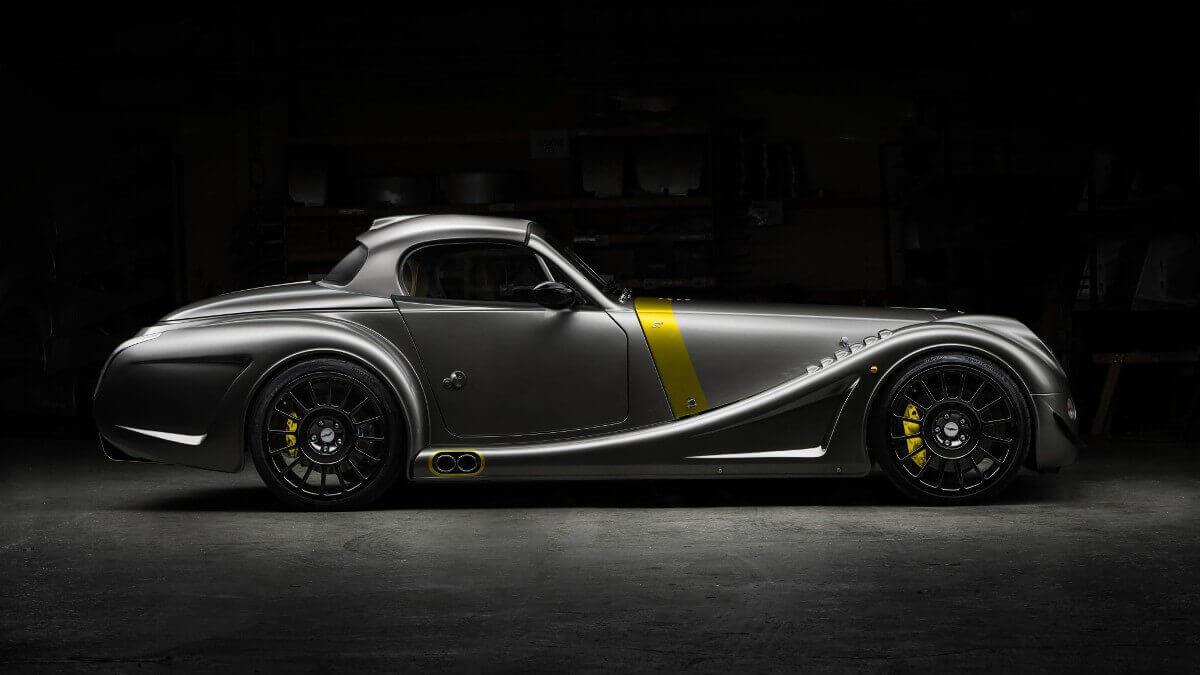 Next to the Plus 8 50th Anniversary Edition which we already featured Morgan also showed the final edition of the Aero lineup, called the Aero GT. Only eight examples will be built. Likewise with the Plus 8 also the Aero production will end as the BMW natural aspirated V8 engine isn’t available anymore.

The Aero GT is Morgan’s sports car without compromise. They developed specially handcrafted bodypanels like the front wings which feature not only air outlets behind but also above the wheels as well as next to the bonnet. The rear wheel wells also leave air out through big outlets behind the wheels. On the hardtop (available also in carbon) sits a louvre. New side flics at the front and a big diffuser help to improve aerodynamics as well as getting more downforce. Both have been achieved by tests in the windtunnel and on the road. 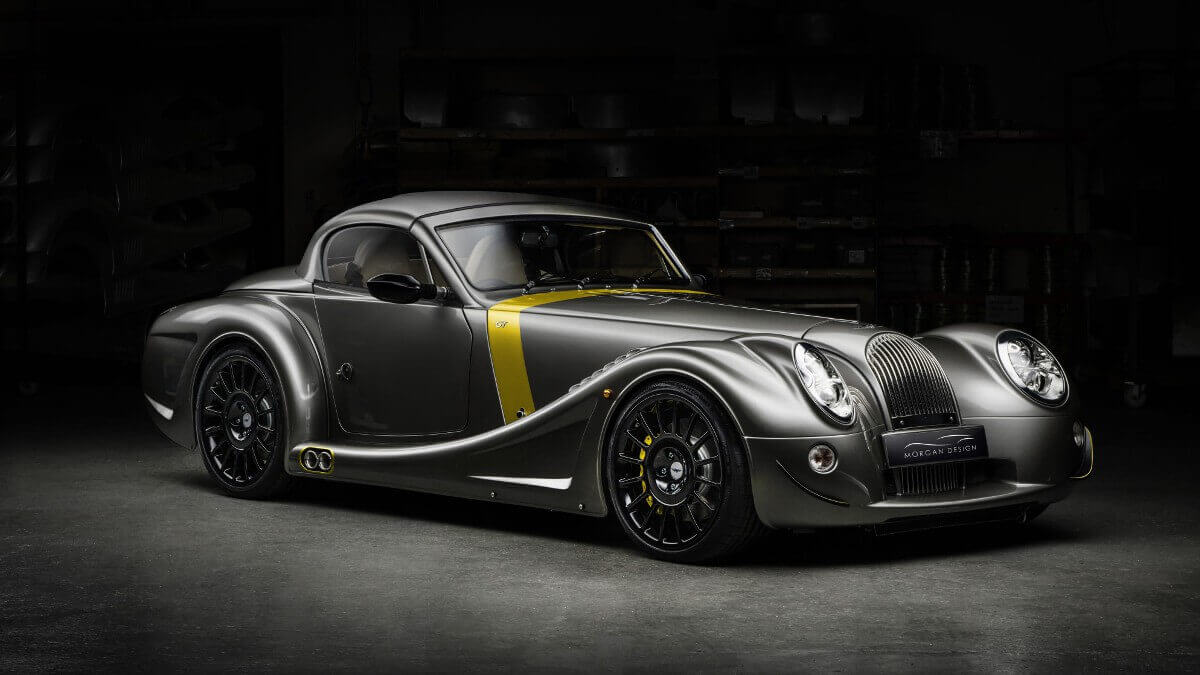 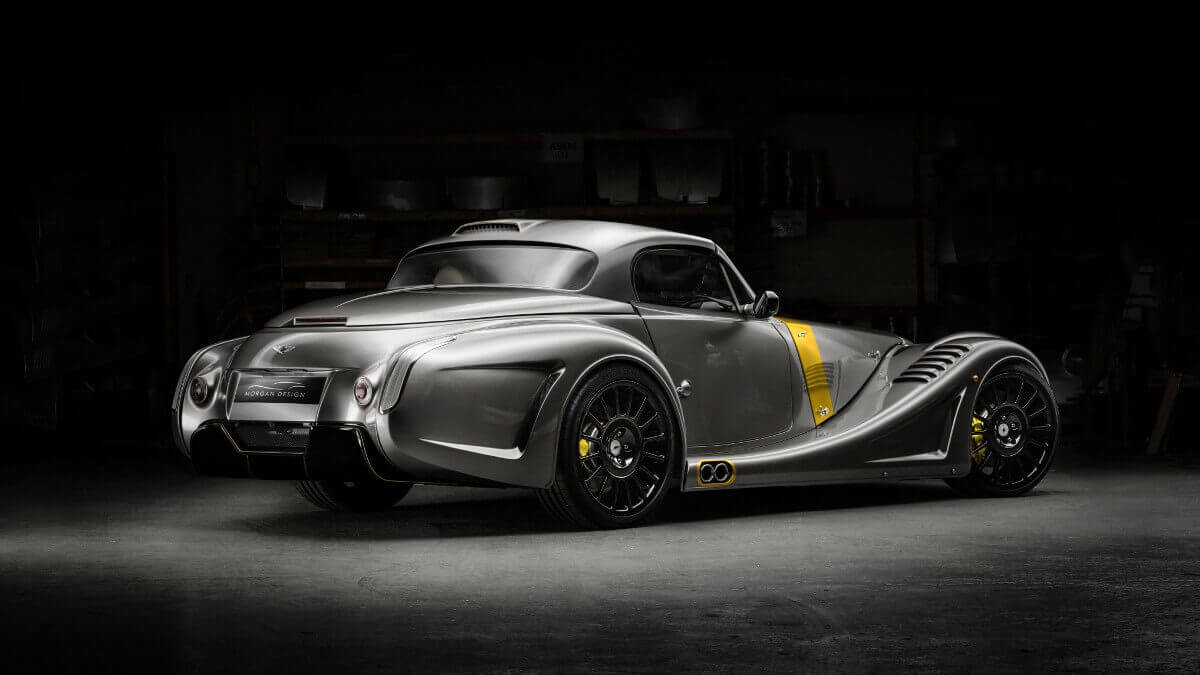 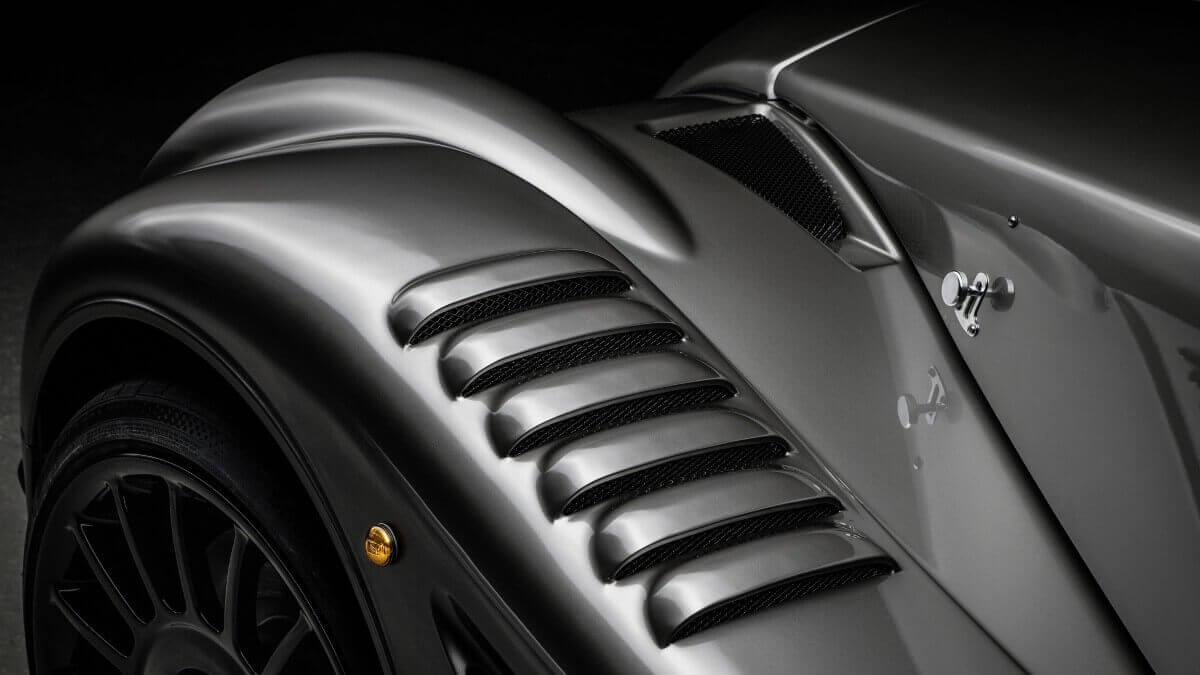 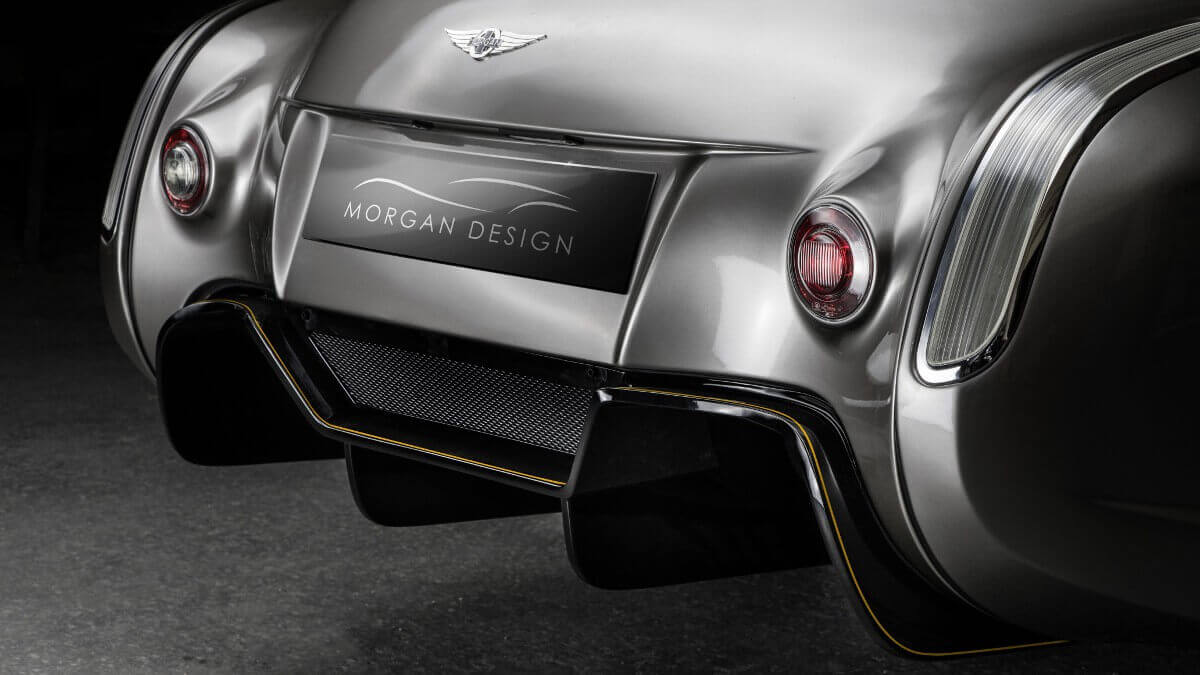 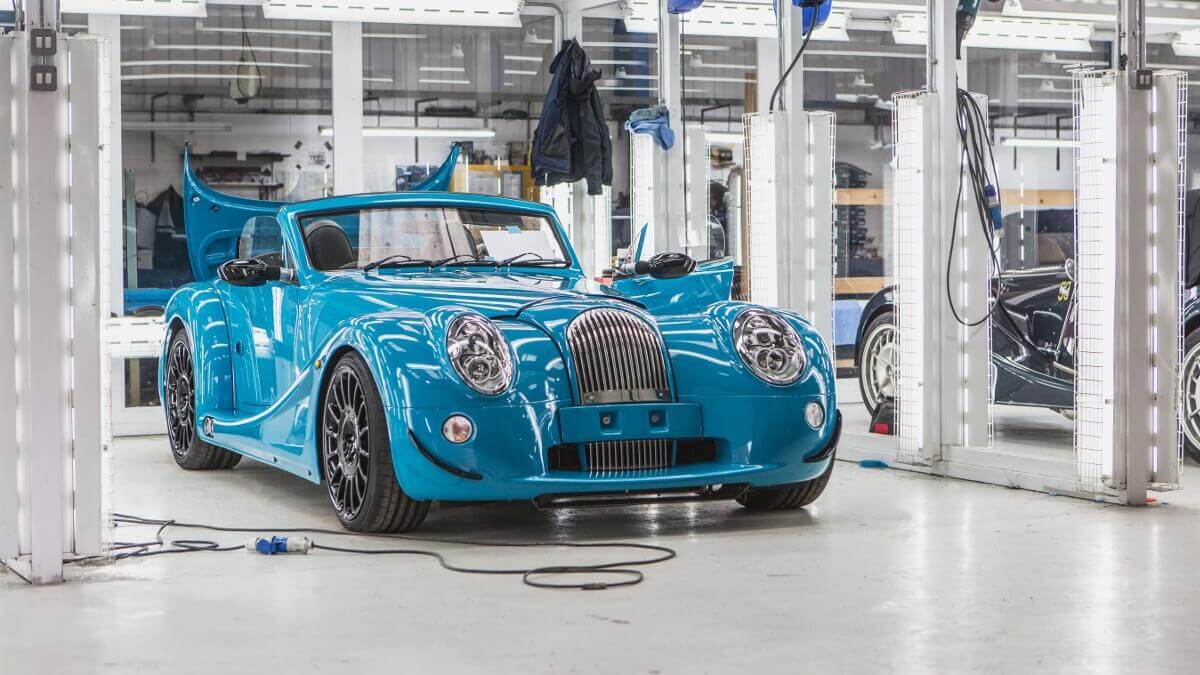 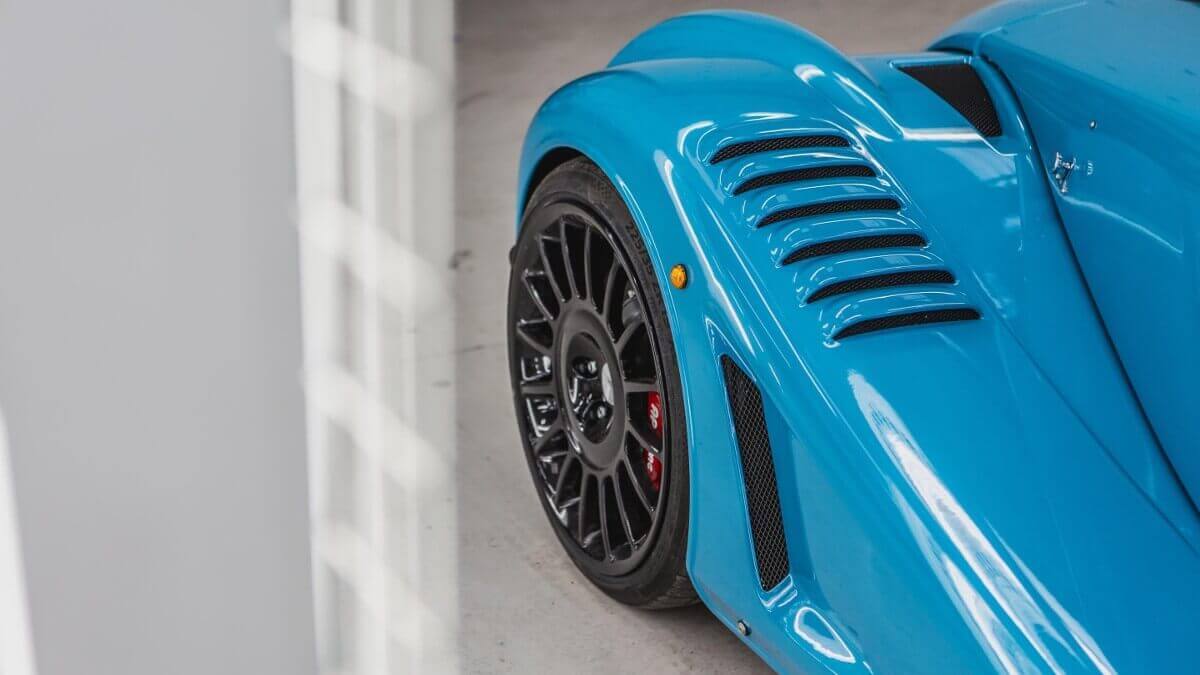 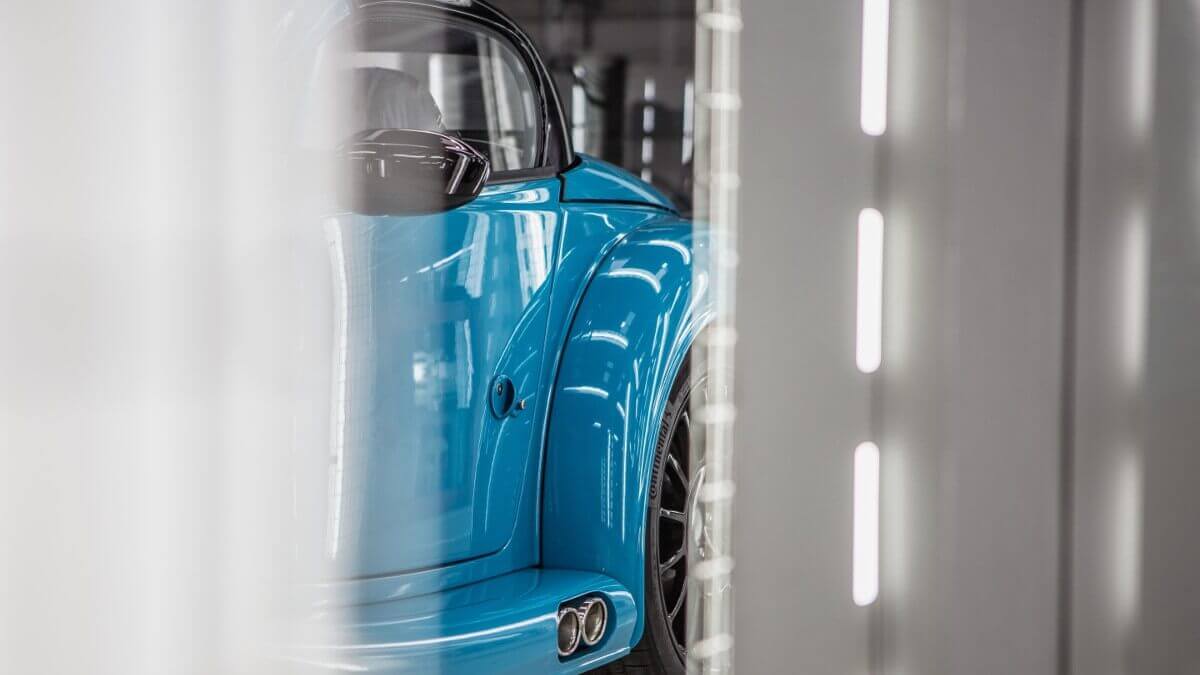 Combined with the 367 PS strong V8 engine you’ll find a six speed manual gearbox. The car accelerates in 4.5 seconds to 62 and reaches up to 170 mph. Included in the standard equipment is a new adjustable suspension.

In the meantime the first customer car left production after around ten weeks of building it. It is painted in a showy ‘Miami Blue’ paintwork from Porsche and fitted with a black hardtop roof. Its new customer is waiting for it in Scotland. Of all eight cars six will remain at the British Islands, one goes to France and the last one to Germany. Base price was 120,000 GBP (plus taxes).