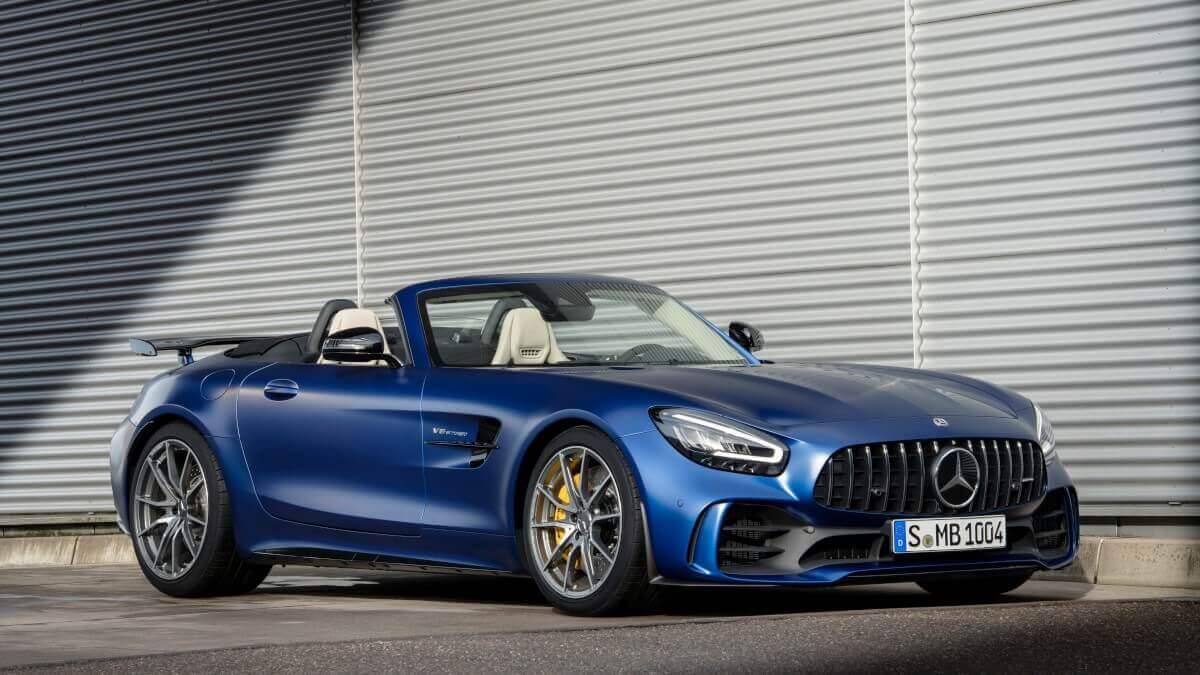 Somehow it was to be expected that Mercedes-AMG would provide an open version of their sportiest and most powerful variant of the GT series, the GT R, which is offered on the market for two years now. At the Geneva Motor Show it was time to celebrate the world premiere of the Mercedes-AMG GT R Roadster at the Palexpo at Lac Leman. And the engineers from Affalterbach seem to have risked a side glance to Maranello, because at Ferrari it is already a tradition to distribute the open versions of their sporting offshoots such as the 430 Scuderia or 458 Speciale in limited quantities among the customers and to make them sought-after collectibles. Because the new GT R Roadster will also be only available in limited quantities with only 750 units worldwide.

The GT R Roadster combines the sporty and aggressive appearance of the GT R Coupé with the open charm of a convertible. It takes over the front end with the low-down bumper design, the clearly prominent splitter and the larger air intakes of the most powerful variant. In addition, it also gets the distinctive side skirts, which merge into the rear fenders and the striking rear wing, which is responsible for improving the downforce at higher speeds next to a sporty look in the first place. Other design elements of the GT R at the rear are the double diffuser and the 5.7 cm wider rear fenders, creating space for a larger wheel-tire combination. By contrast, the typical Roadster is the flatter, stretched silhouette already familiar from the GT, GT S and GT C Roadster. 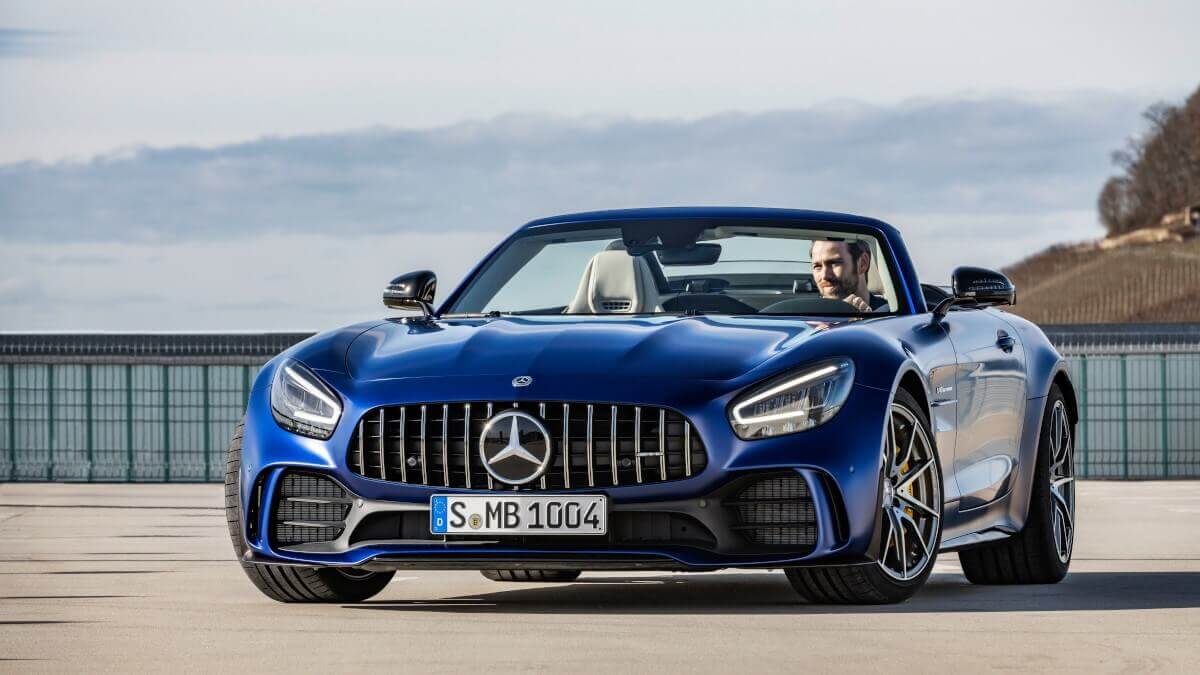 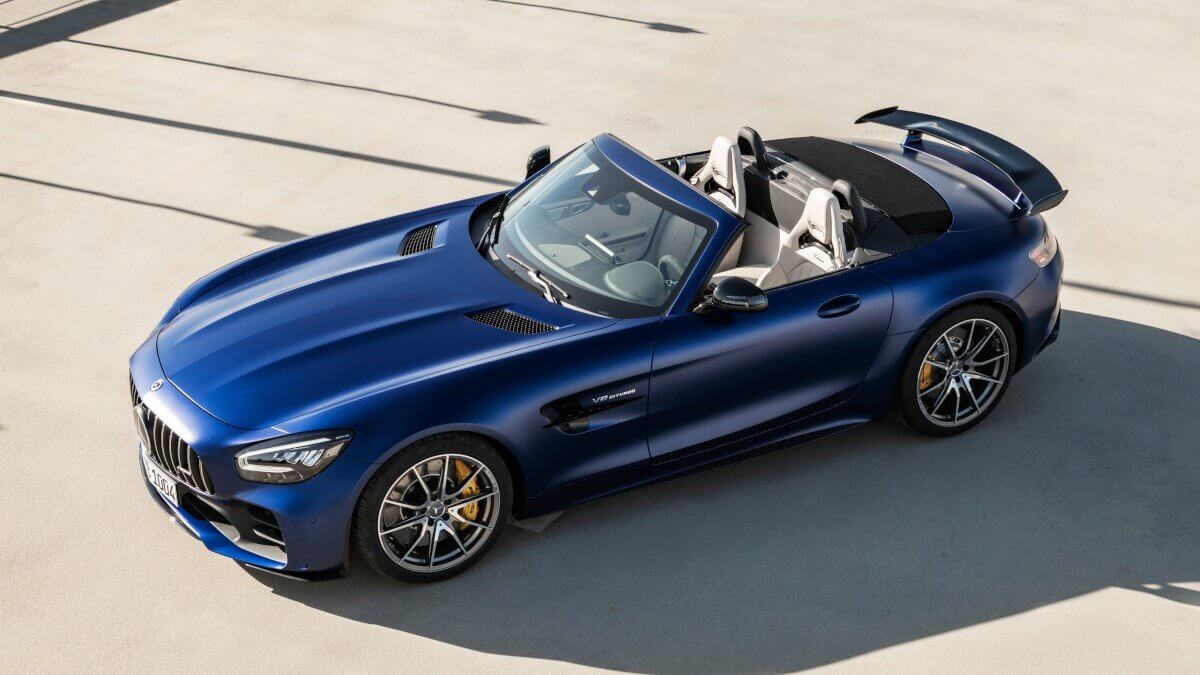 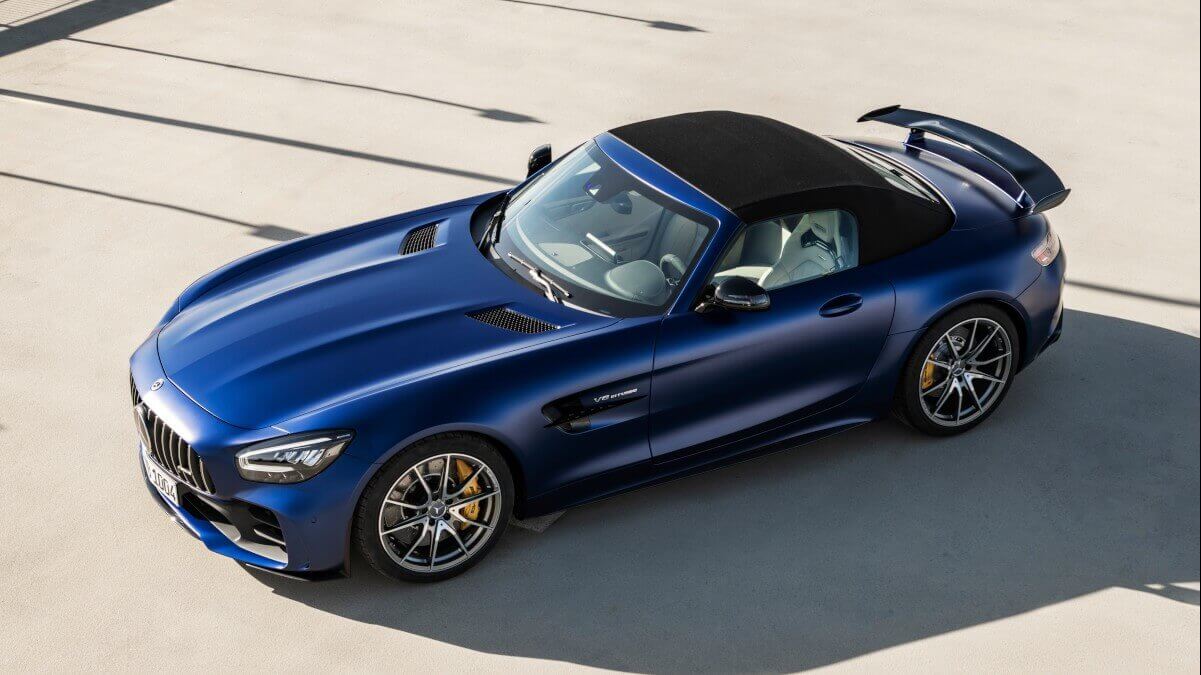 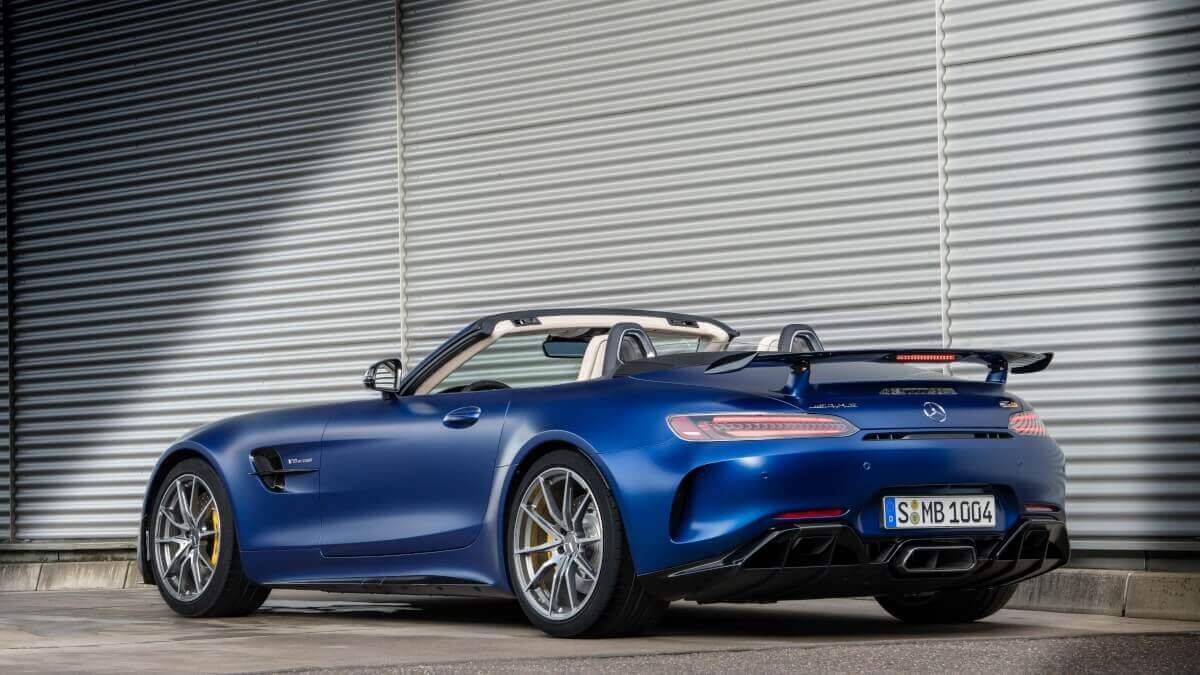 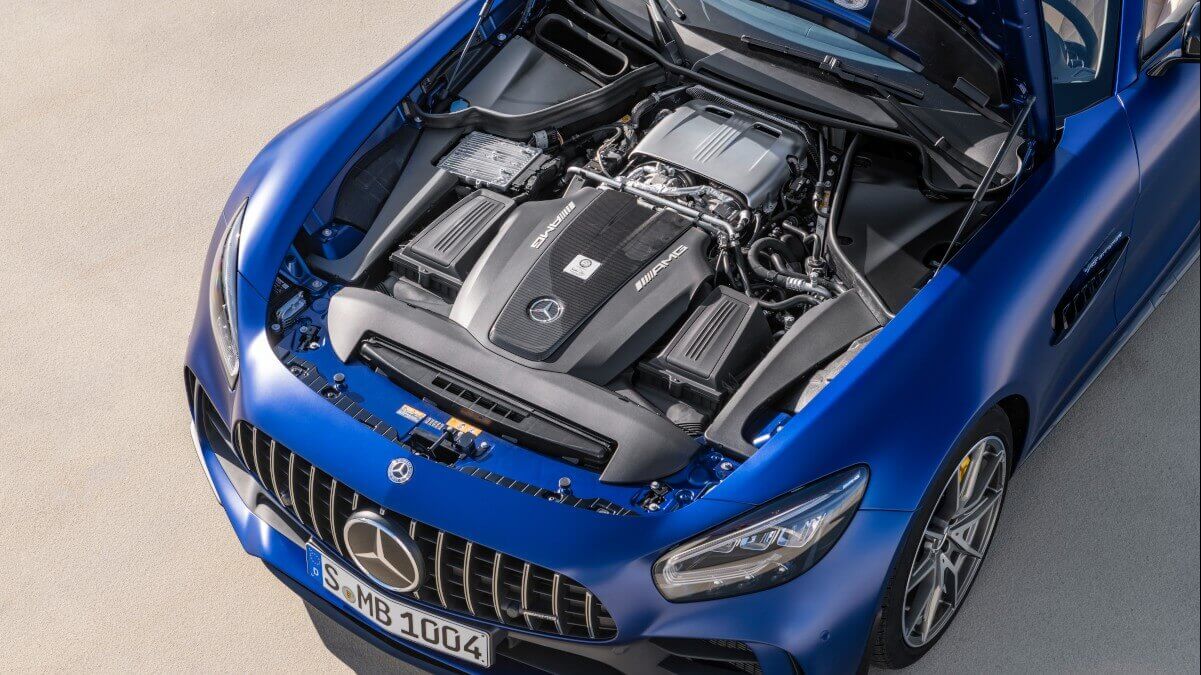 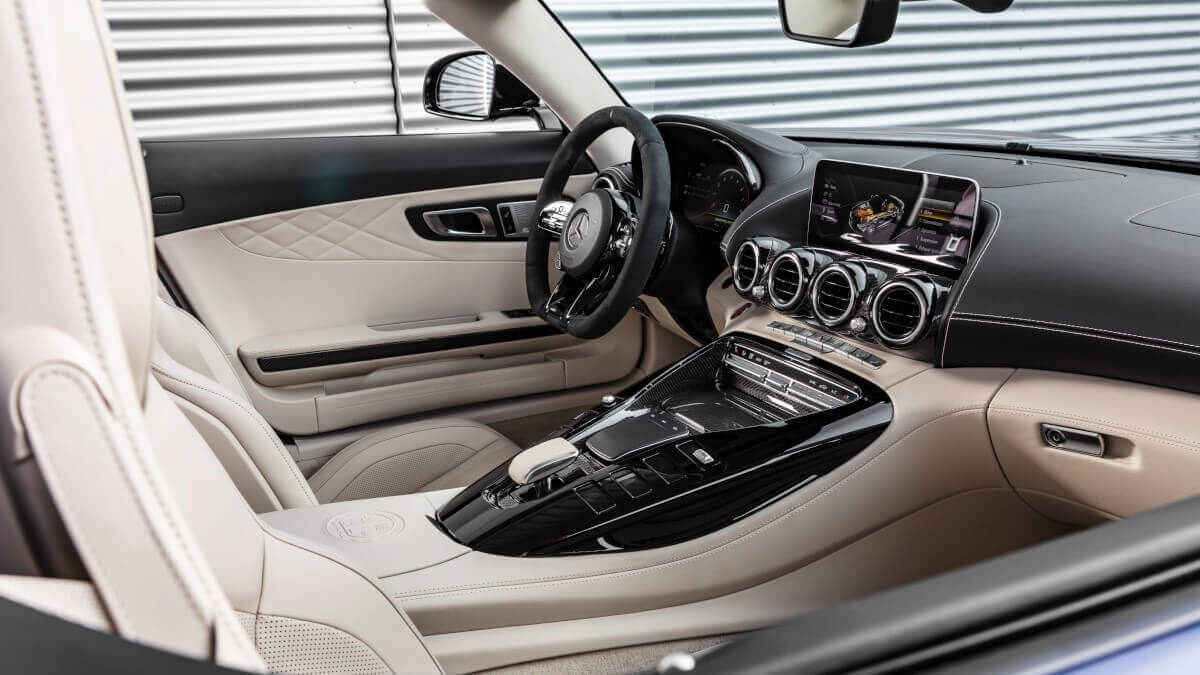 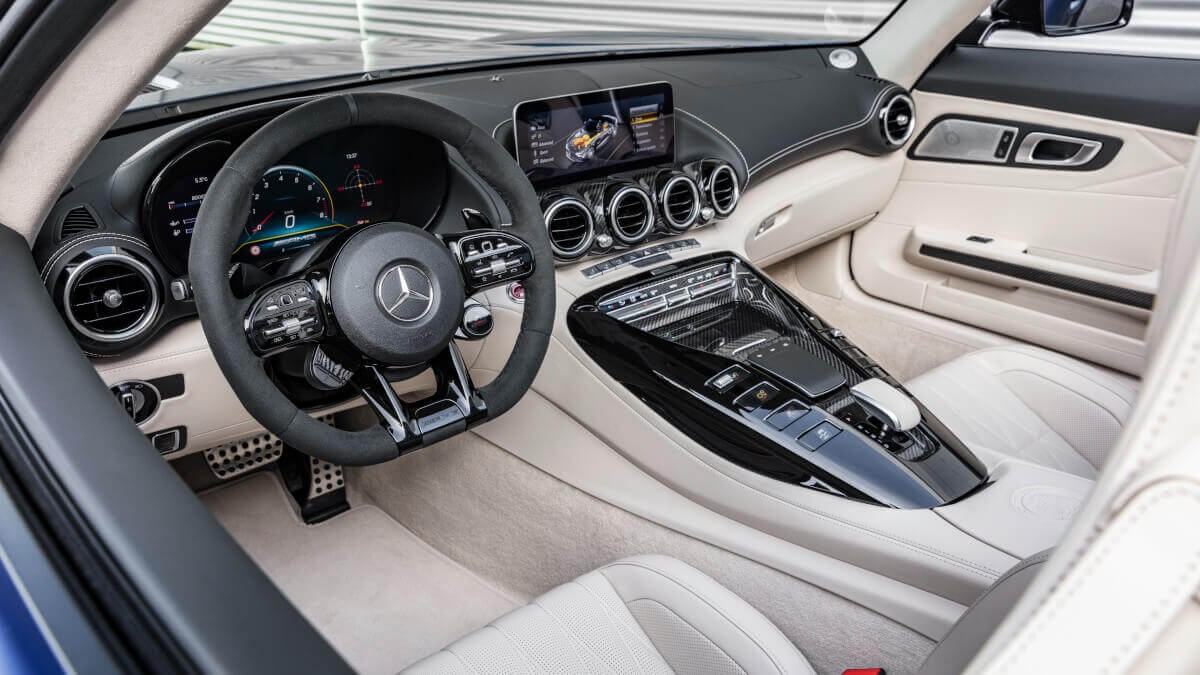 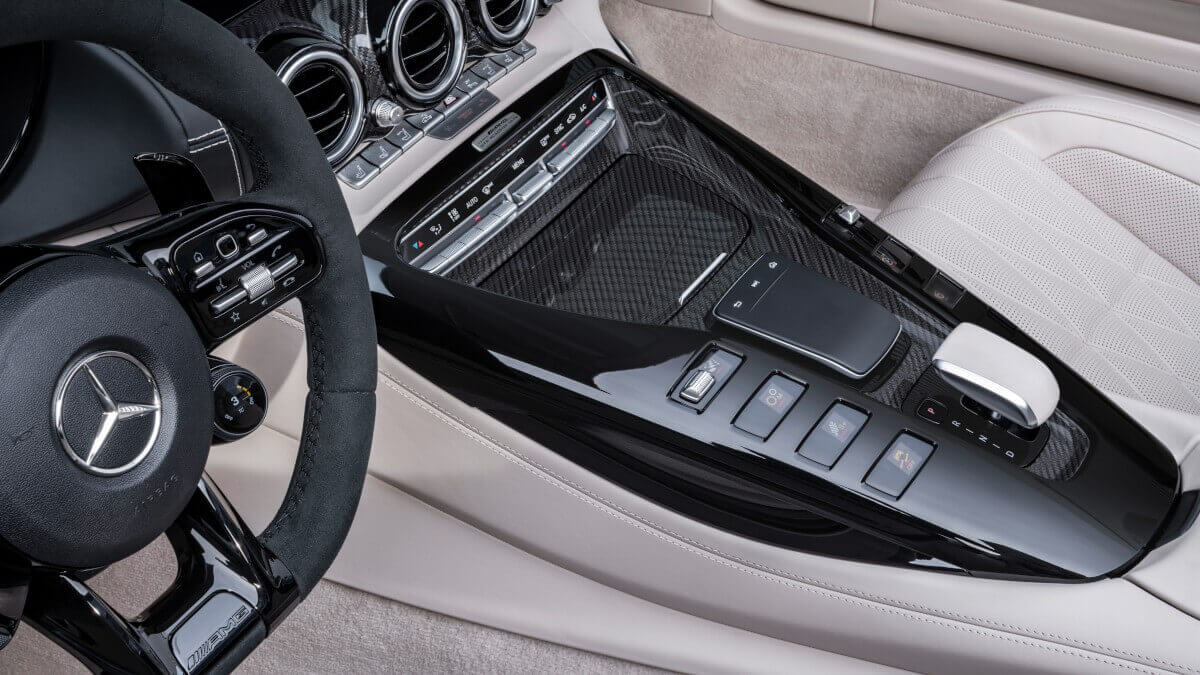 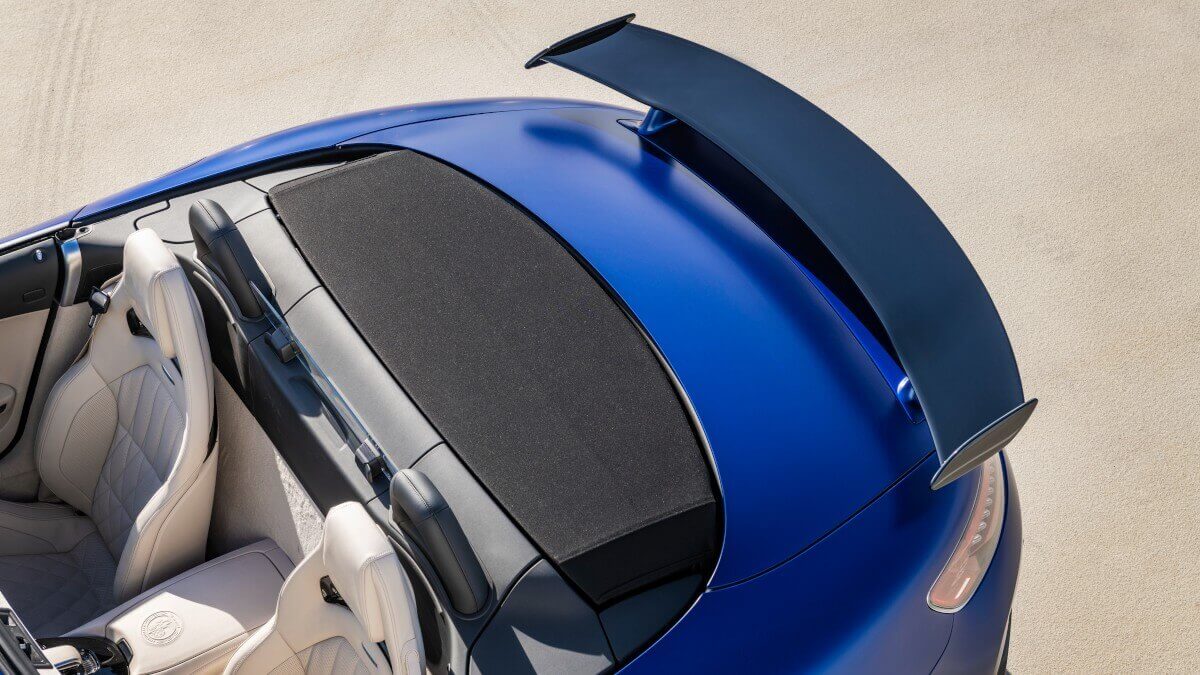 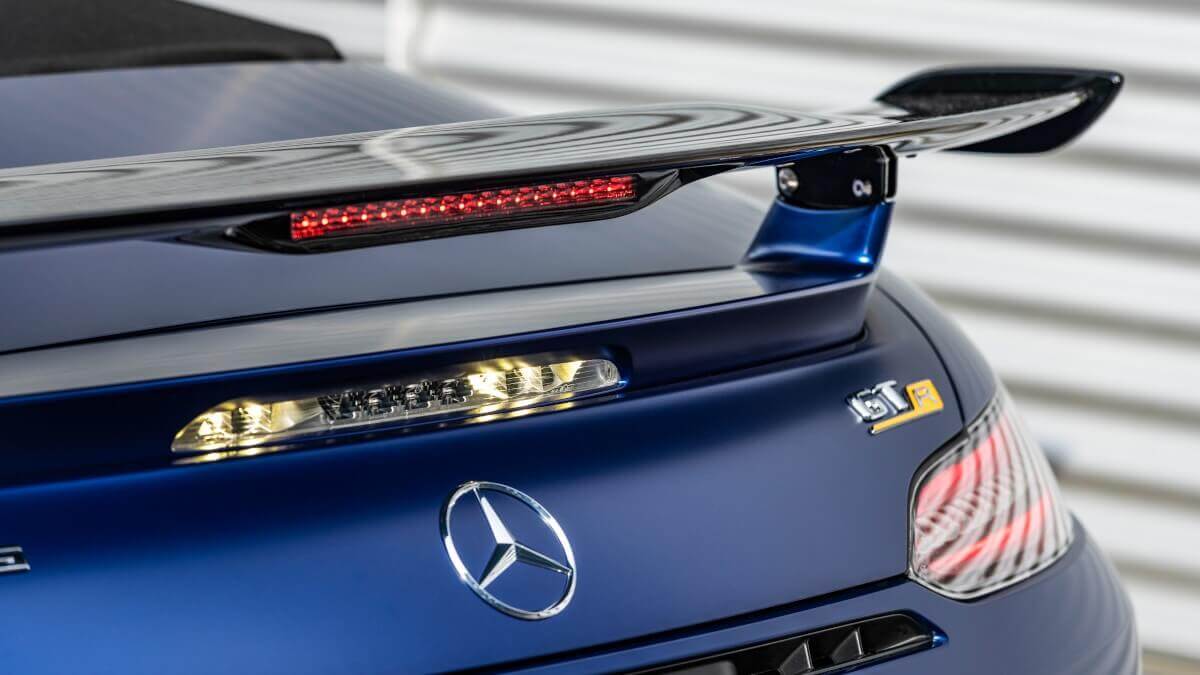 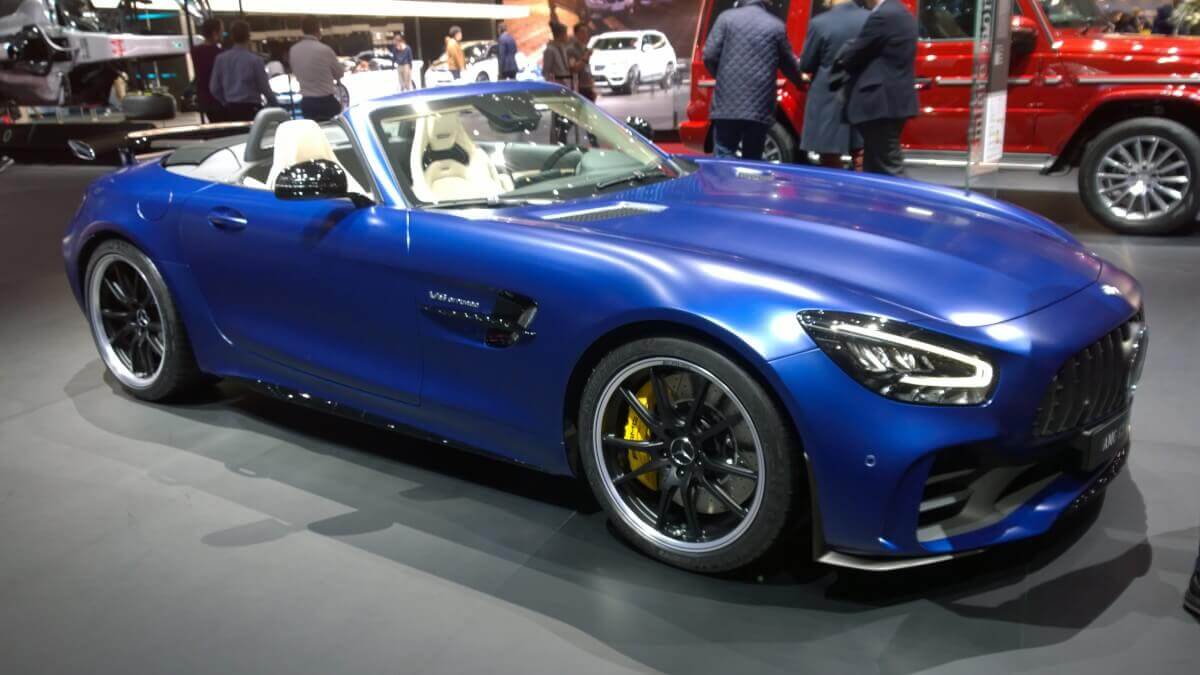 In the interior, the new Roadster is primarily a GT R. The driver and passenger take a seat on special AMG Performance Seats covered with nappa leather. Upon request, the air heater Airscarf integrated into the headrests ensures pleasant wamth to the neck area and enables open-top driving even at low outside temperatures. Some comfort has never hurt even with sporty models. Dashboard and center console show a combination of piano lacquer and carbon elements, while the instruments show a special AMG design graphic. On the center console is a typical detail of limited edition models, a plaque with the inscription ‘1 of 750’.

Technically, the limited edition Roadster fully complies with the GT R Coupé. The well-known V8 biturbo engine from AMG provides the most powerful configuration with 585 hp and a maximum torque of 700 newtonmeters, which is available in the range between 2,100 and 5,500 rpm. In contrast to the production of the GT R Roadster, the topspeed is not limited at 317 kph (197 mph).

In high-performance convertibles, the torsional strength of the bodywork is always a problem for the development engineers, since strong forces act on the structure of the vehicle with sporty hard suspensions and corresponding driving style. To counteract those forces, Mercedes-AMG relies on a tunnel cross made of carbon, which stiffens the body significantly against the high torsional loads that occur in forced operations. This increases the torsional rigidity by 7.5%. The increased stability of the vehicle allows the GT R Roadster better driving control in race track conditions such as on fast and bumpy turns. The chassis is also modified. To reduce the unsprung masses, wishbones, stub axles and wheel carriers on the front and rear axles are made entirely of forged aluminium.