Normally Memminger is known as a restoration factory for Volkswagen Beetles, specially the Cabriolets but also the limousine. The once most produced car of the world gets optical and technical refreshings.

But next to all those restorations one question remains: What would a successor of the legendary Beetle look like? Surely not like the New Beetle from VW. Memminger thought about it for quite some time and started building a classic Roadster with inspiration by the well-known car from Wolfsburg, but 140 millimeters wider than the original ever was. 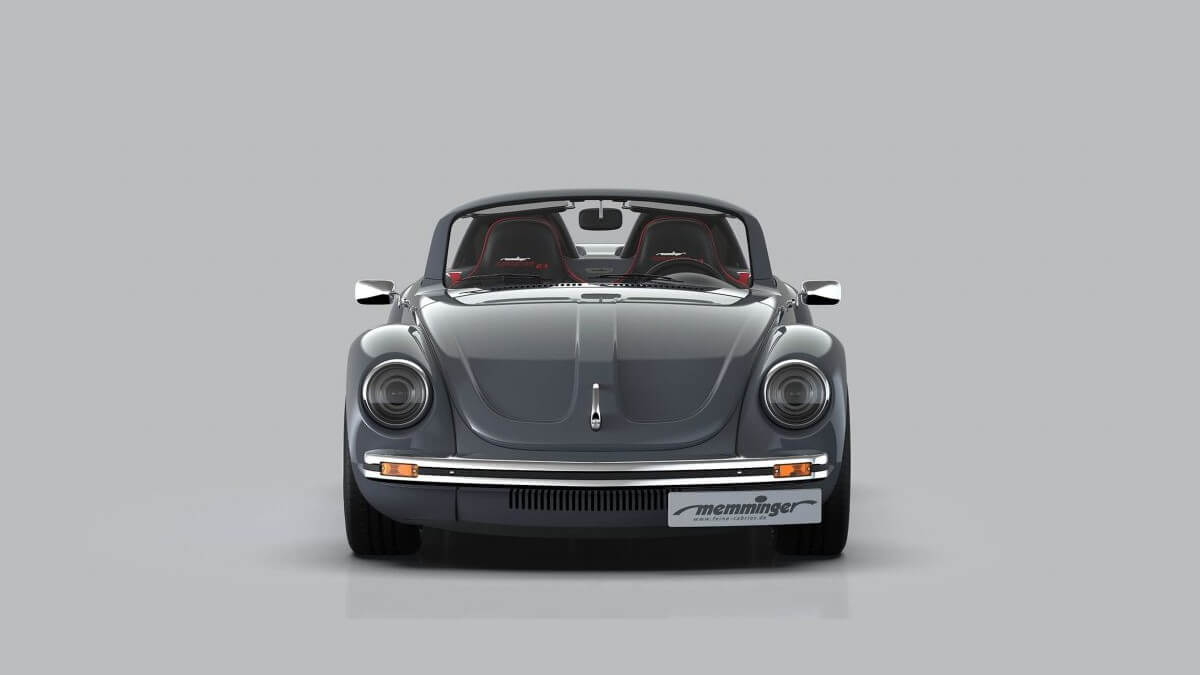 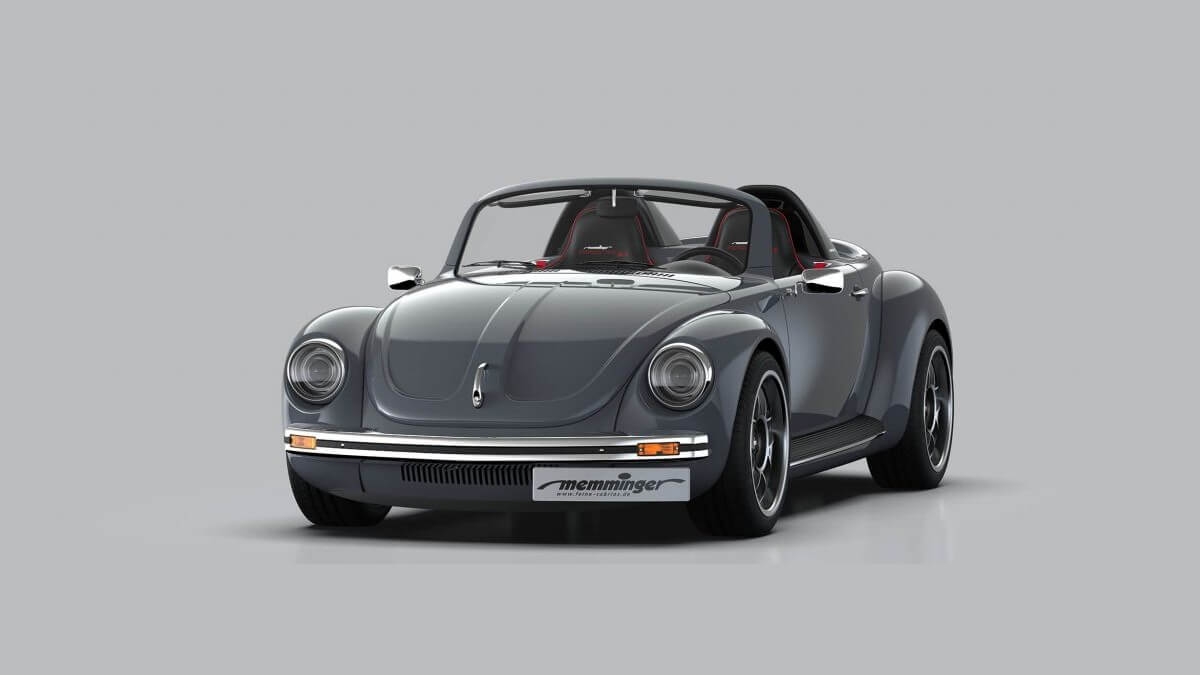 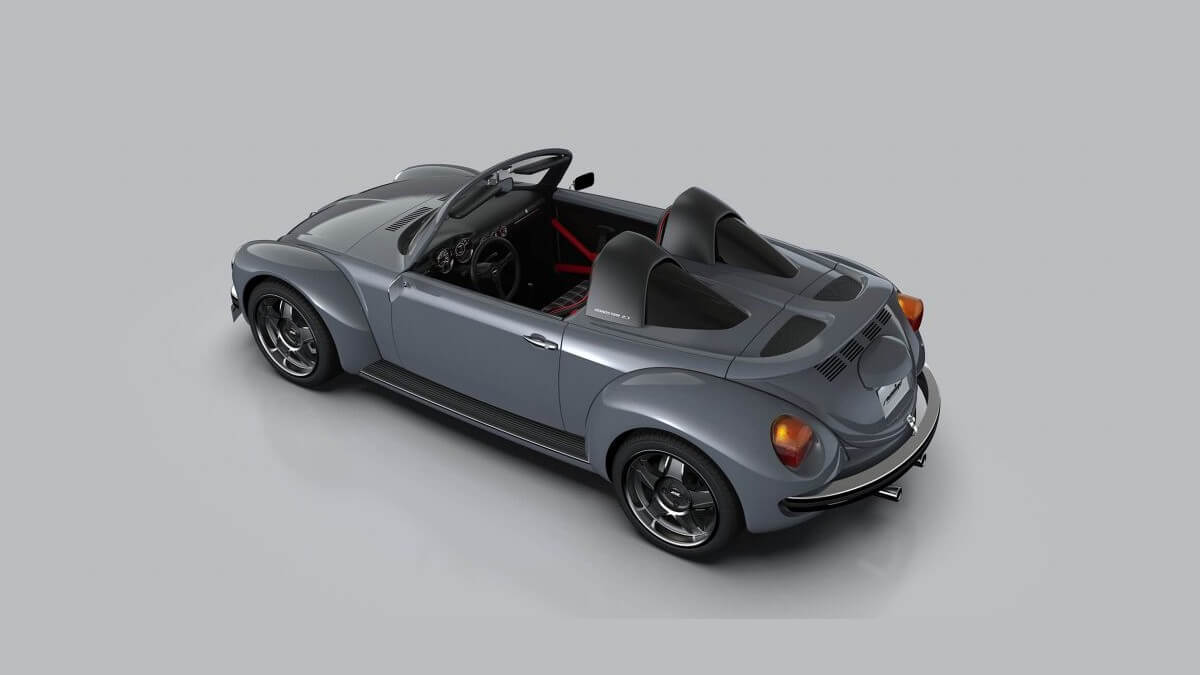 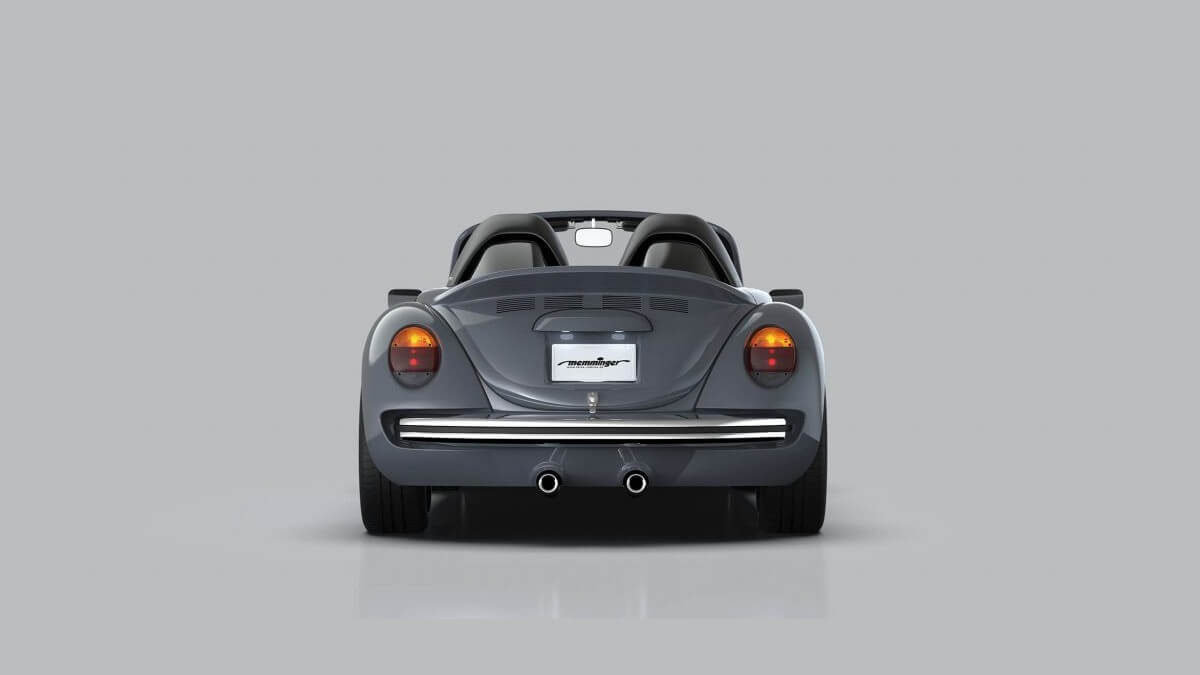 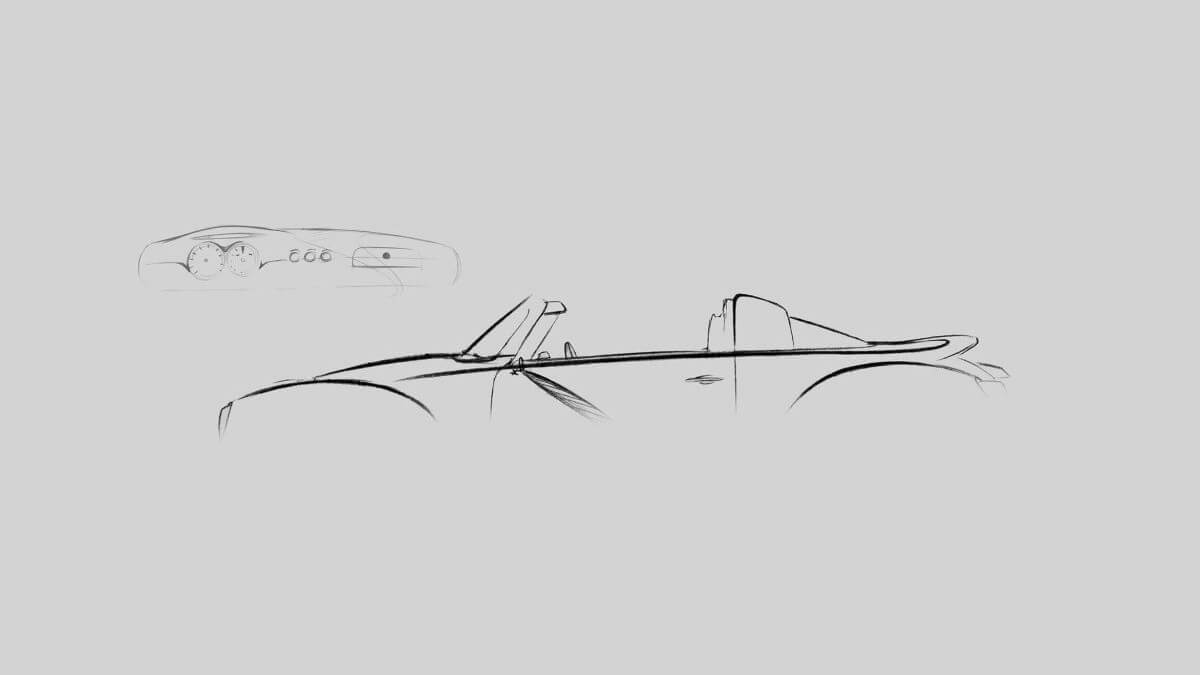 Its radically open bodywork lies at a tube steelframe which Memminger seals to the platform underneath. Next to two rollbars behind the passengers also the windscreen frame works as protection in case of an accident.

Stronger wheel carriers at the front axle show normal struts while the rear gets a semi-trailing link system. 278 millimeter big brake discs with air cooling at the front and 262 millimeter big discs at the rear help the car to tame the power of the 2.7 litre four cylinder boxer engine with air cooling. The driver gets at least 154 kW/210 PS and 247 newtonmeters of torque, which power the rear wheels via a five speed gearbox.