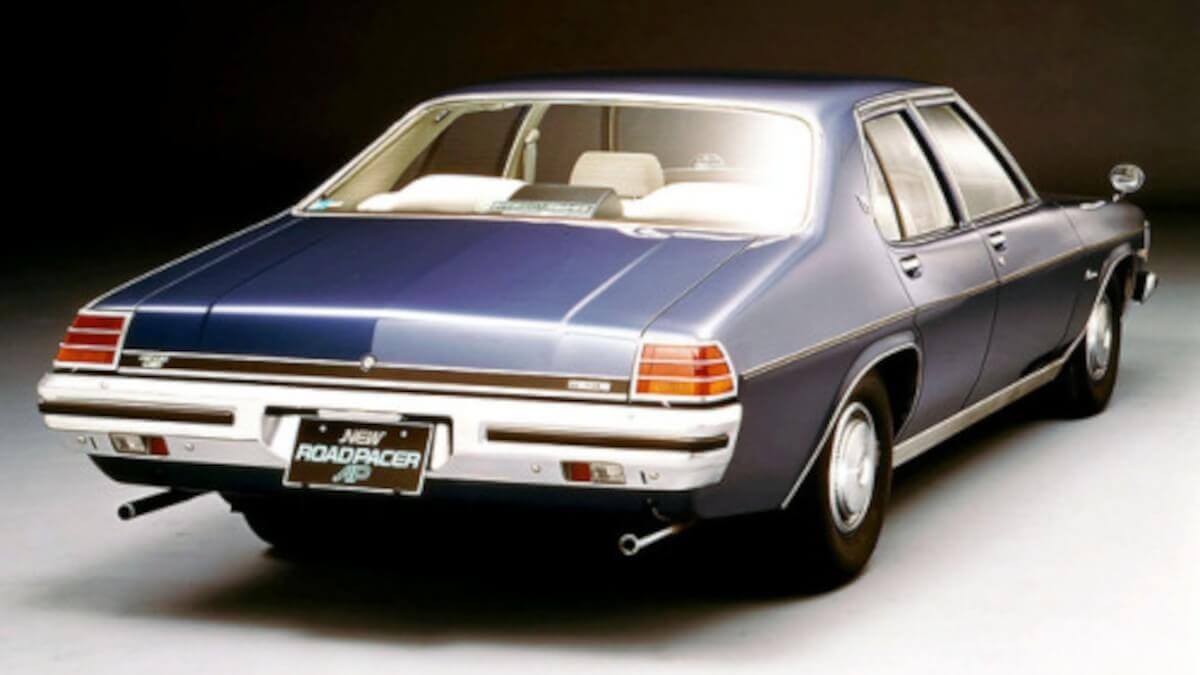 In the course of the company’s 100-year history, Mazda has had a number of models in its range that even die-hard fans of the brand are hardly aware of today. In the mid-1970s, management in Japan wanted a prestigious upper class sedan model above the 929 to equip especially government officials in the home market. The domestic competition had long been around with the Isuzu Statesman De Ville, Nissan President, Mitsubishi Debonair and Toyota Century. A corresponding in-house development would have been very expensive, so the company looked for alternatives. They found what they were looking for in Australia, where Holden had been offering the fourth generation of the Premier models (internally HQ, HJ, HX and HZ) in the size category they were aiming for since 1971. Although this manufacturer had been part of General Motors group since 1931, an unusual deal was secured by contract. Holden supplied Mazda with the Premier HJ as a complete vehicle including interior, but without engines and gearboxes to Japan, where it was offered as Road Pacer.

Once the cars arrived, Mazda installed the 13B twin-chamber rotary engine with a total of 1.3 liters of chamber volume, 100 kW/135 hp and 138 newtonmeters of torque. With the 4.85 meter long and 1,575 kilograms heavy sedan, this engine had much work to do. Interestingly, the rotary engine was more powerful than the six-cylinder piston engines used in the Premier by Holden. With a topspeed of only 166 kph (103 mph), the Mazda Road Pacer from today’s point of view is a rather slow vehicle. However, as Japan has a strict speed limit of 90 kph (55.9 mph), this wasn’t an obstacle to sales for the targeted clientele. Mazda even installed an acoustic warning system that sounds a constant gong signal when the driver exceeds 90 kph. 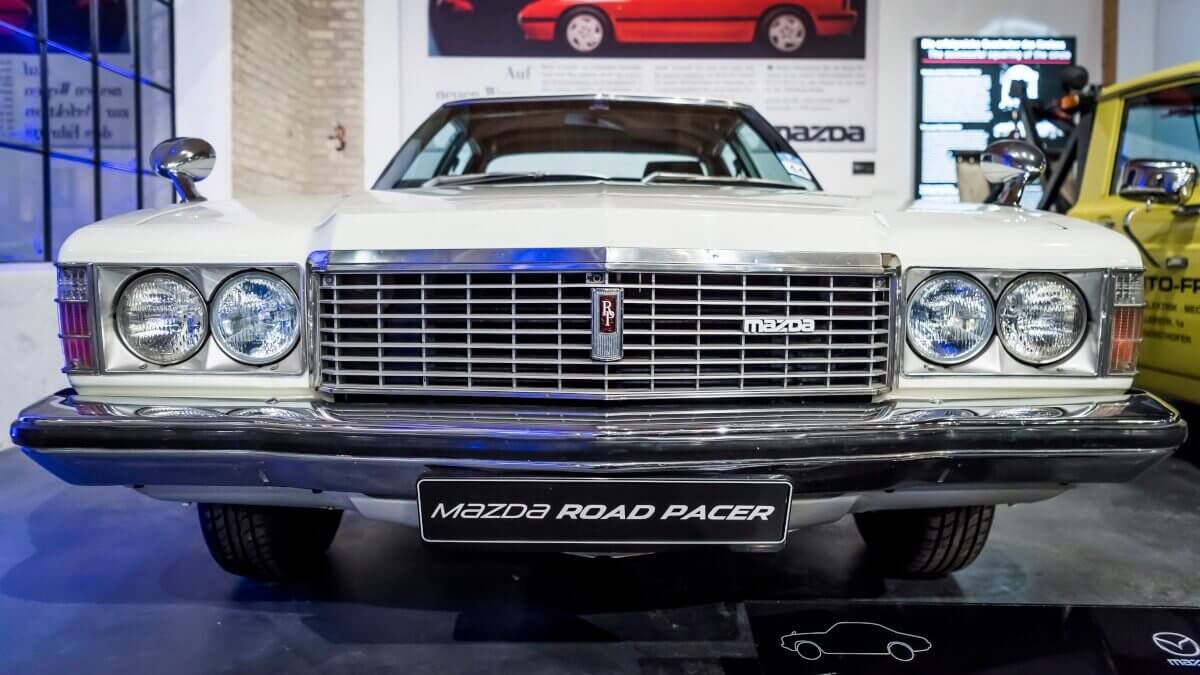 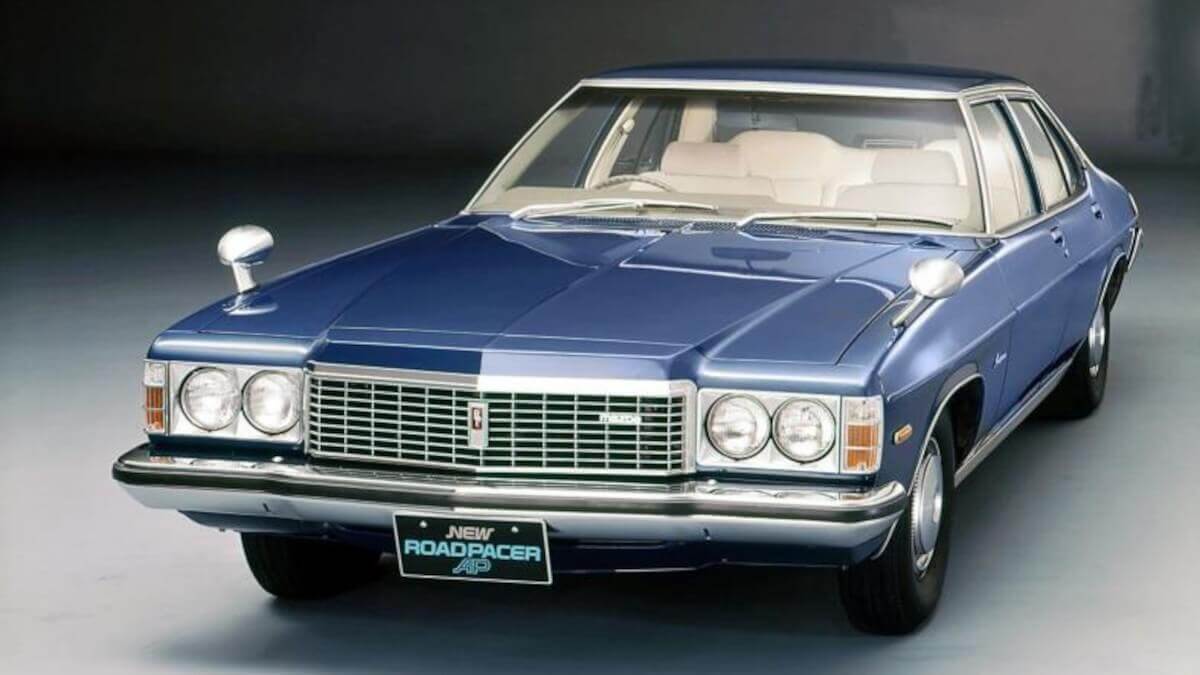 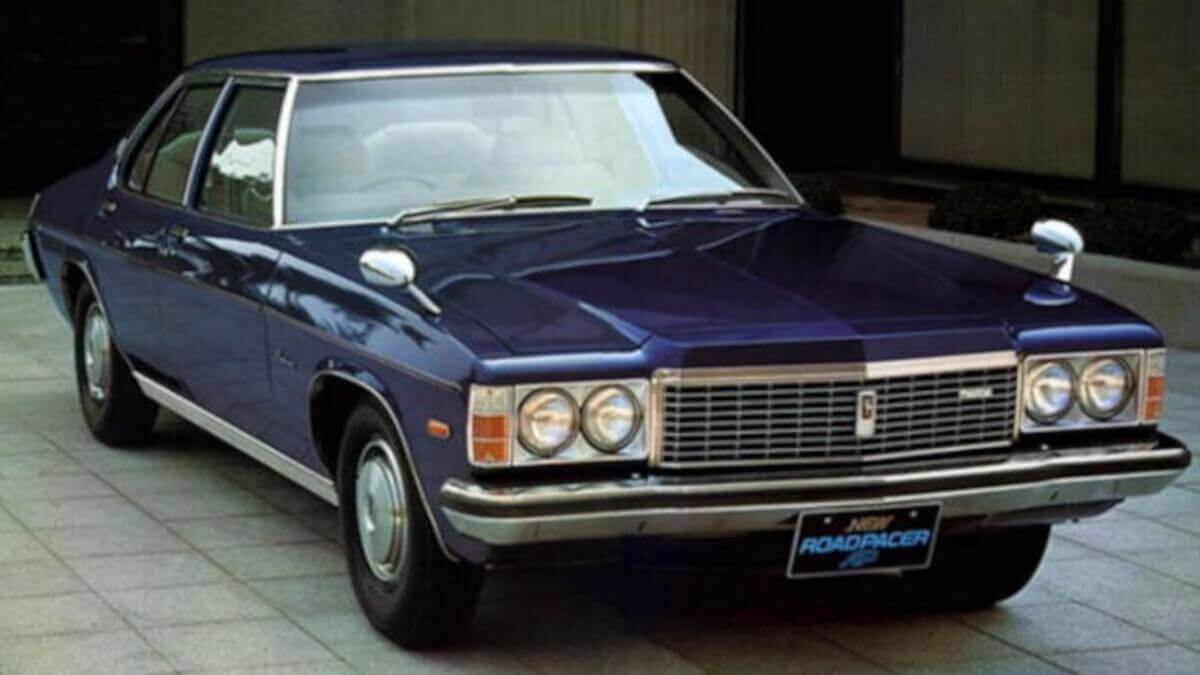 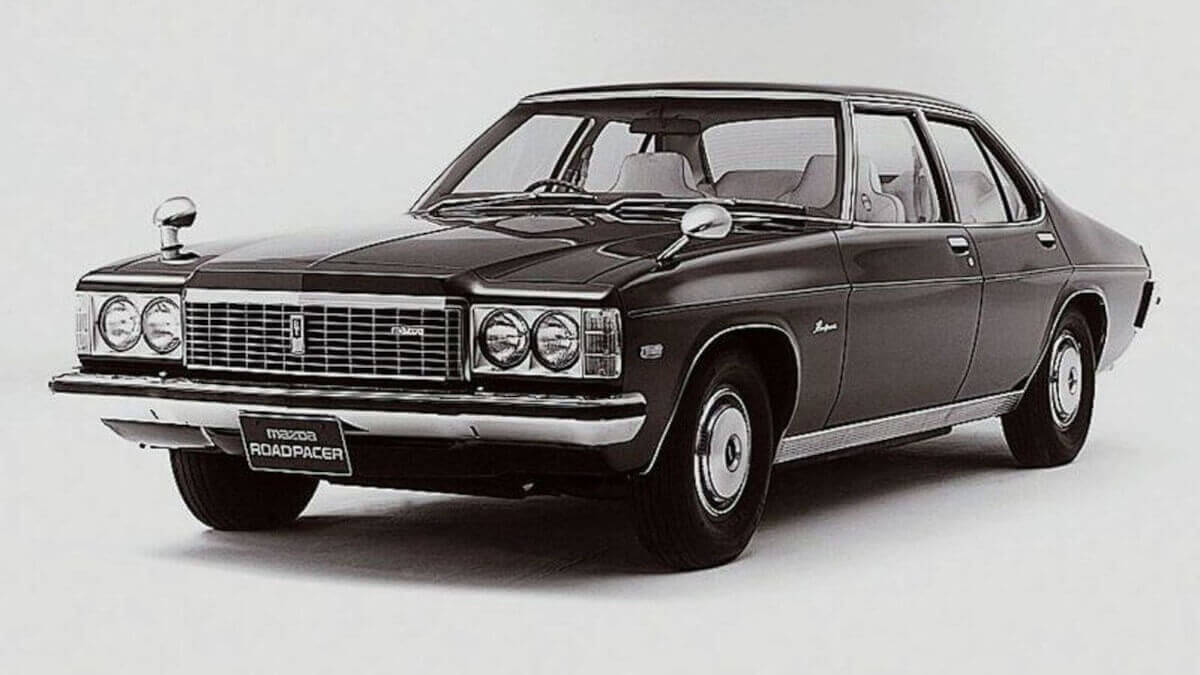 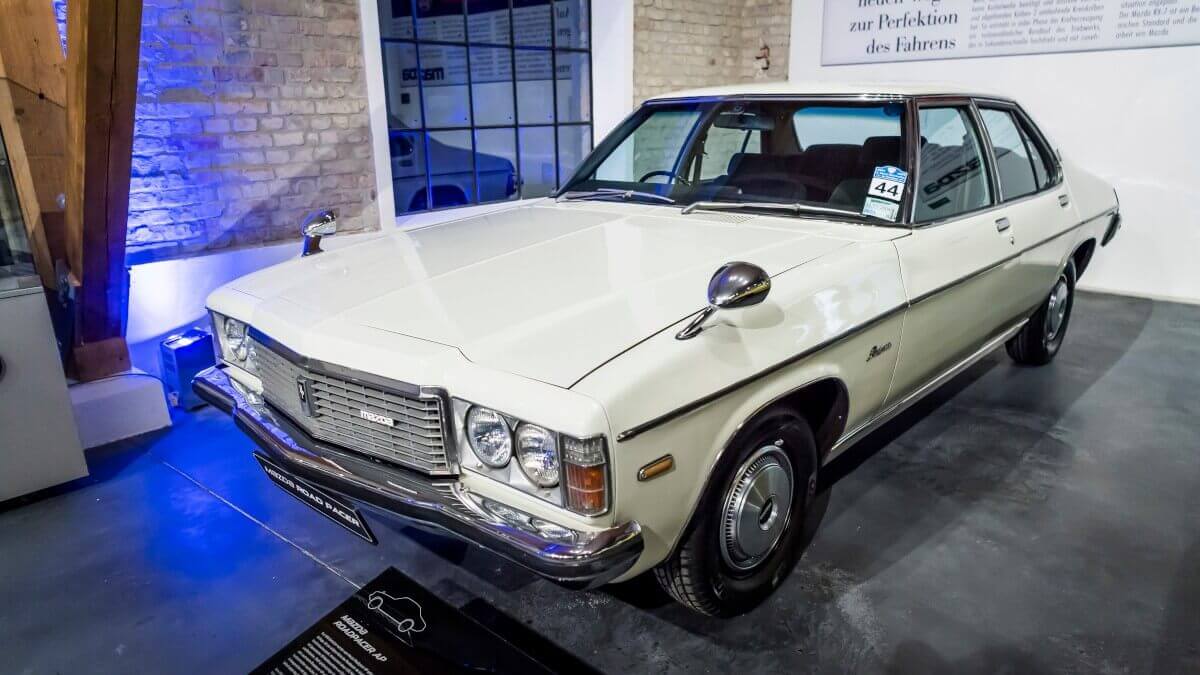 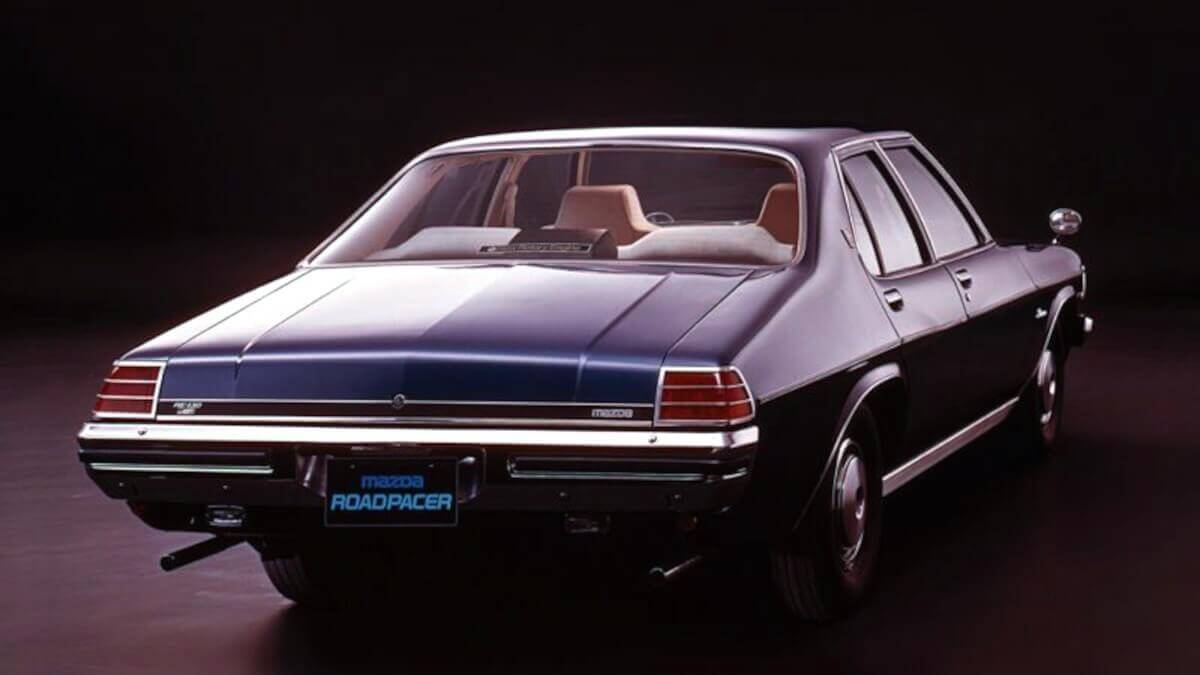 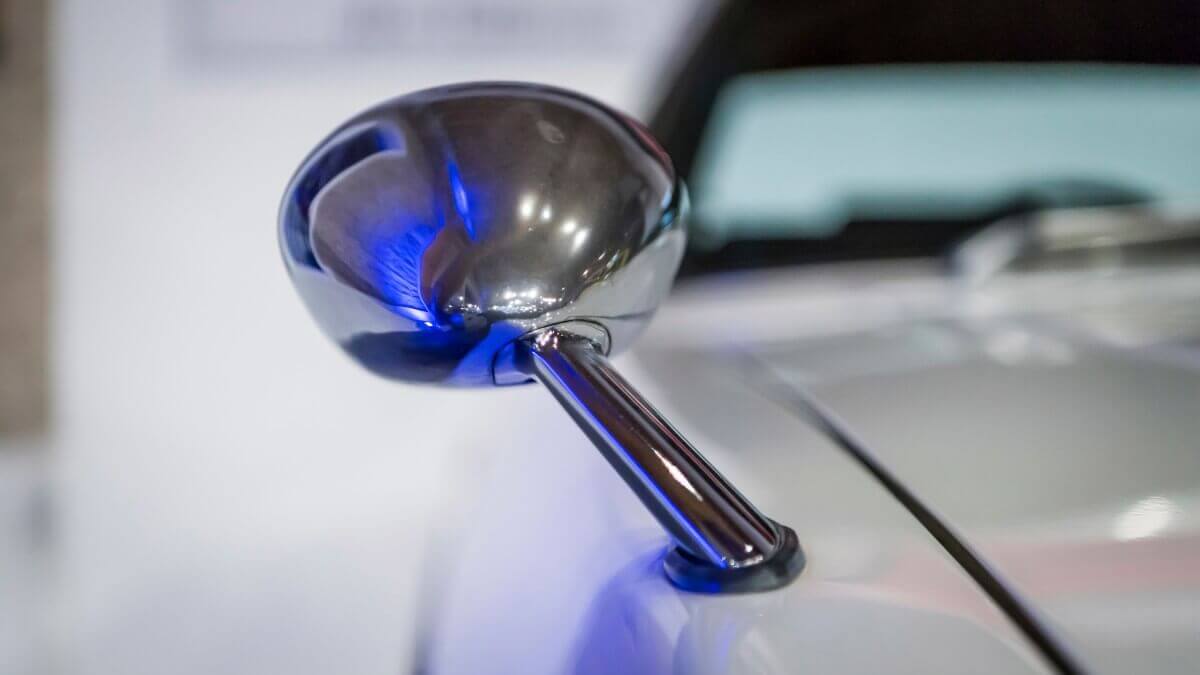 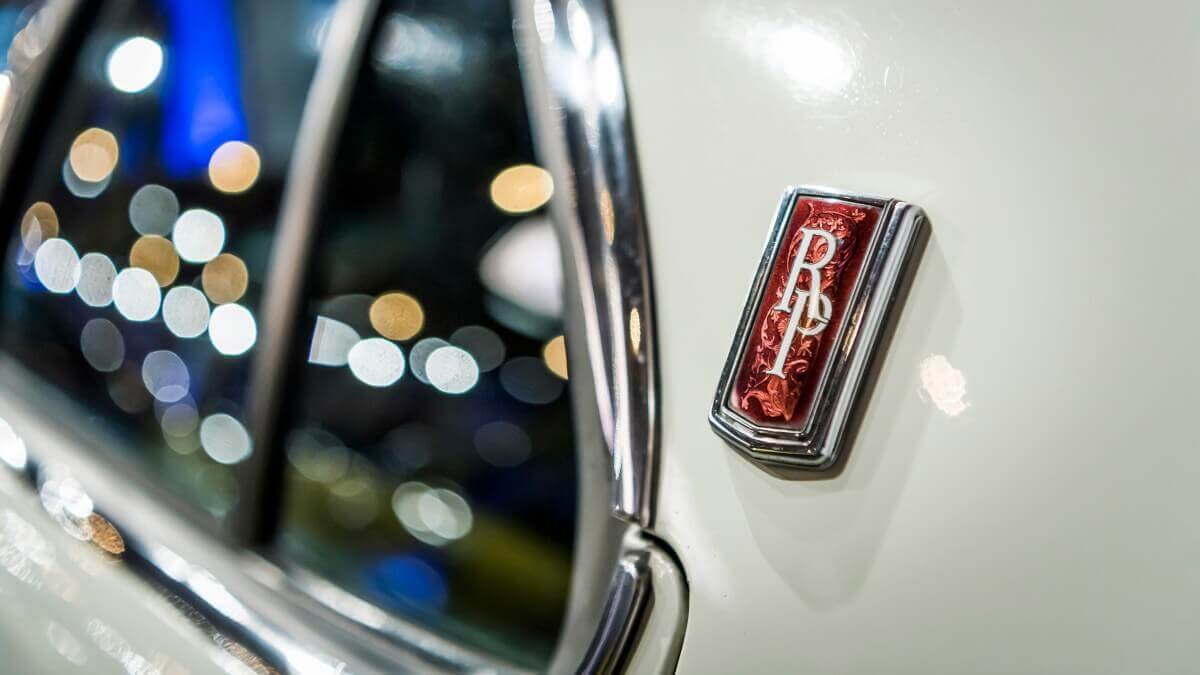 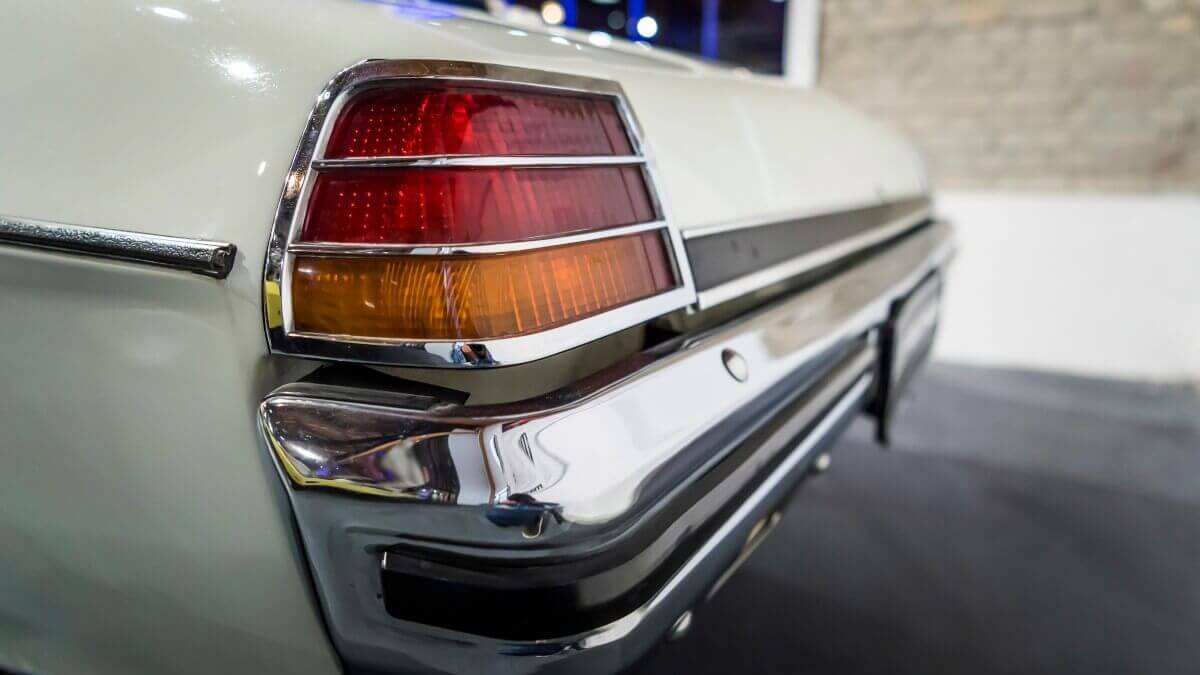 The standard equipment of the Mazda Road Pacer included not only comfortable velour seats (velour was and still is considered more luxurious in Japan than cold leather), but also a central locking system that automatically locked the doors from a speed of 10 kph (6.2 mph) as well as a stereo car radio that could also be operated from the rear seat. In addition, the passengers in the rear seats could record important thoughts, letters or the like on a dictation machine fitted as standard. This full equipment car was available in Japan in 1975 for 3.8 million yen, which was about twice the price of the 929. In combination with the recent oil crisis, this led to extremely low sales figures. While 399 units were sold in 1975, the year of introduction to the market, this number dropped in the following years to 240 (1976), 119 (1977), 36 (1978) and finally 5 units (1979). Over the years and decades, some vehicles made their way to Greece or Australia, and one of them even is shown in the Mazda Classic Museum in Augsburg/Germany.