Matt Hummel may be known to only a few people in Europe. Tip: he only shares some parts of his first and last name with the soccer player from Borussia Dortmund. If at all, mainly fans and owners of classic Porsche models know the guy from California because he runs a trade in OEM (Original Equipment Manufacturer) spare parts and ships them worldwide. Besides he also drives and restores classic cars, which often have one thing in common: four-cylinder boxer engines in the rear, a provenance from Zuffenhausen and a rich patina on body and interior. Various Porsche 356s have already passed through his hands as coupés and convertibles, but his favorite version was long denied him – also because of the prices that have risen significantly in the last few years. For a long time his heart had been beating fpr the model variant that had been created in the early 1950s as a result of the wish expressed at Porsche by the US importer Max Hoffman for an inexpensive entry-level model. Of course we are talking about the 356 Speedster, which has since become one of the most expensive offshoots of this model series.

However, Hummel wasn’t just looking for a random vehicle, but for a 356 Pre-A, as brand fans call the cars before model year 1956. And if at all possible, it should also be a Speedster from 1954. Of the 1,254 Porsche 356 Pre-A Speedsters built, only about 200 were built in the first year of manufacture, which had a special feature in the form of a two-part engine block with a capacity of 1.5 liters. In order to reduce the production cost of the Speedster compared to the 356 Coupé and Cabriolet and thus also the sales price, Porsche didn’t install side windows or comfortable seats. Instead, there was a lower windshield, slide-in side windows and a small emergency top. 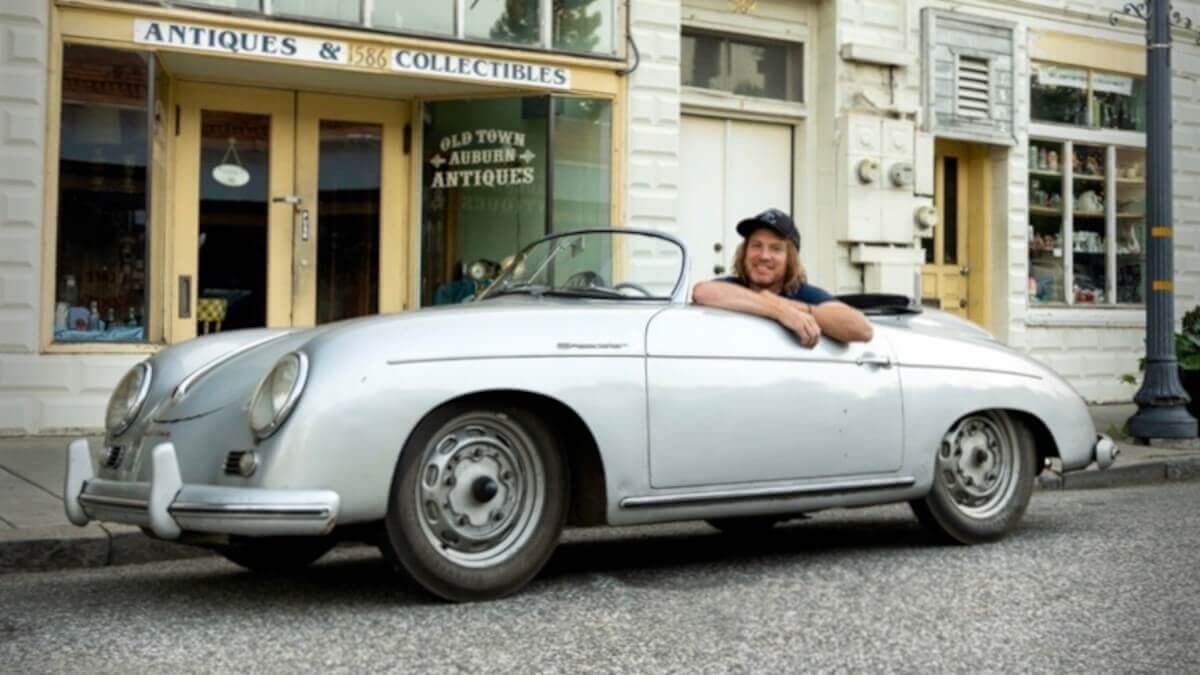 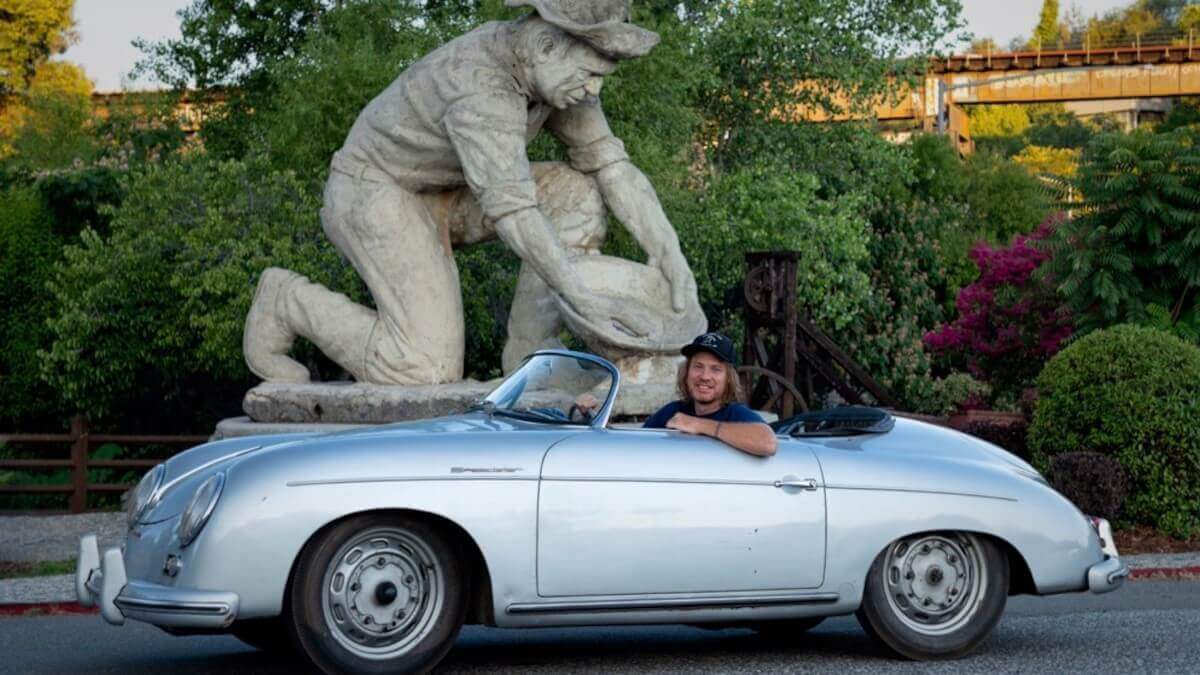 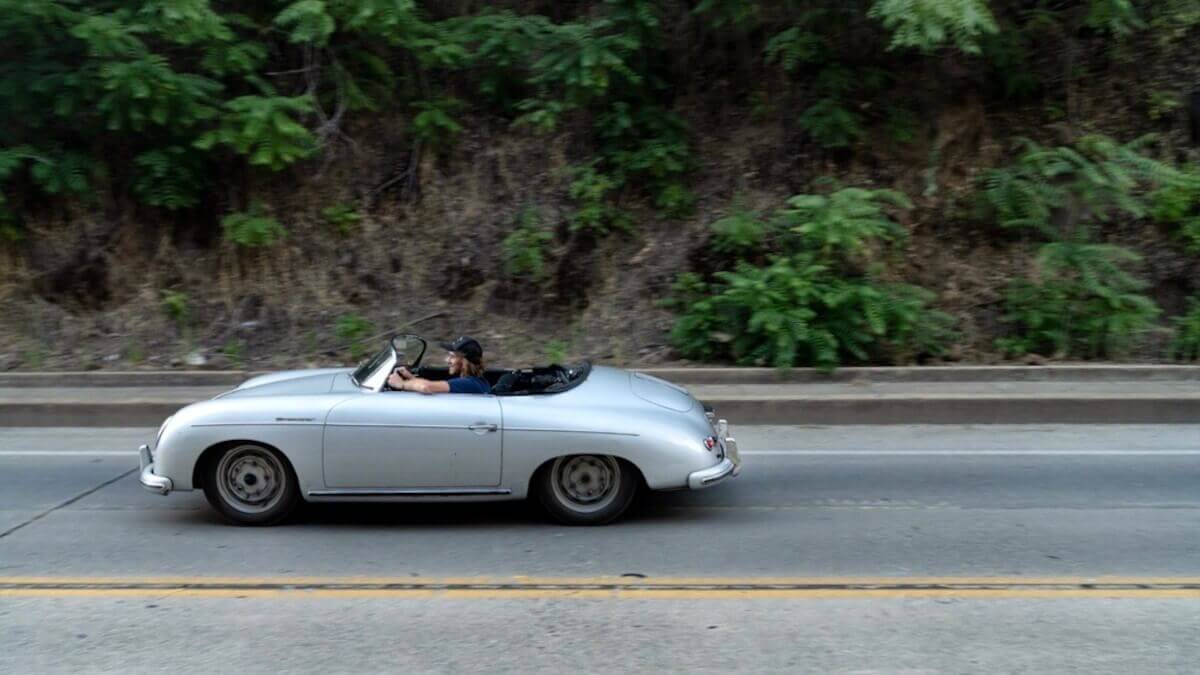 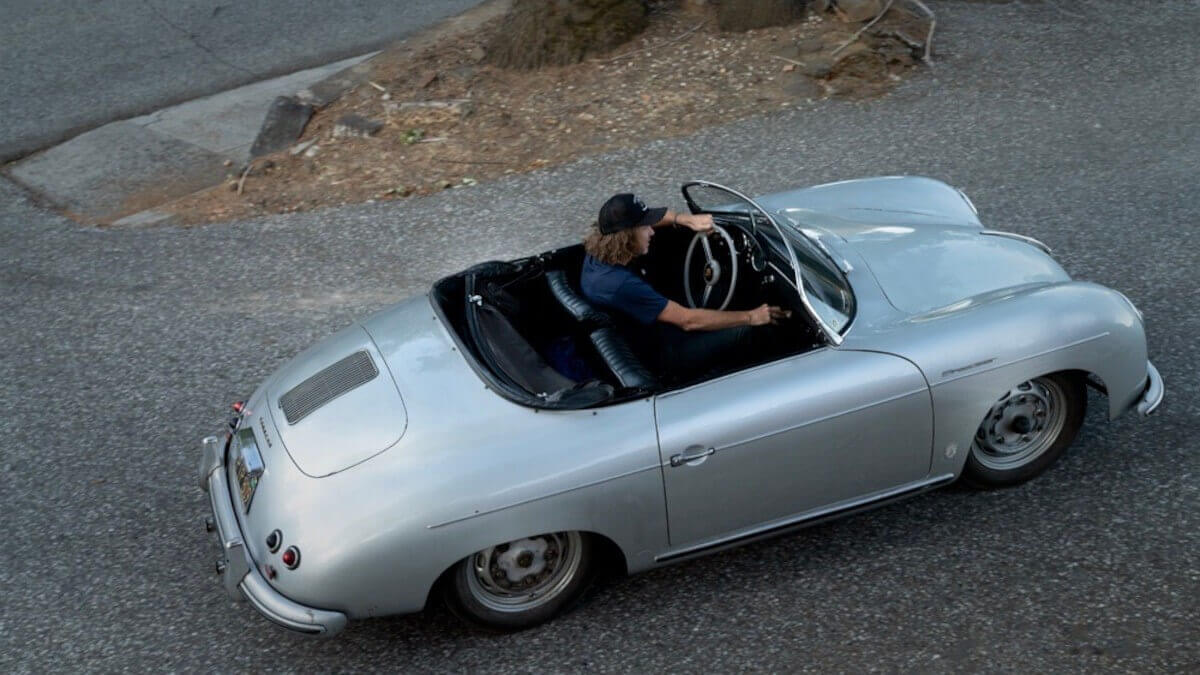 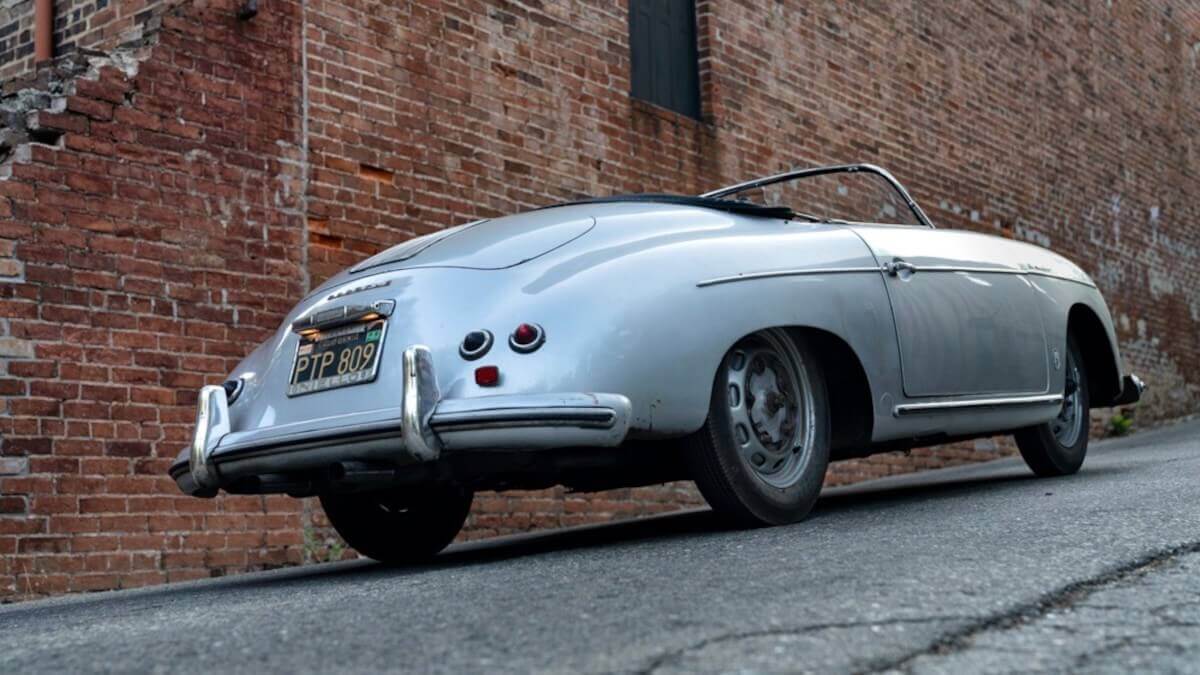 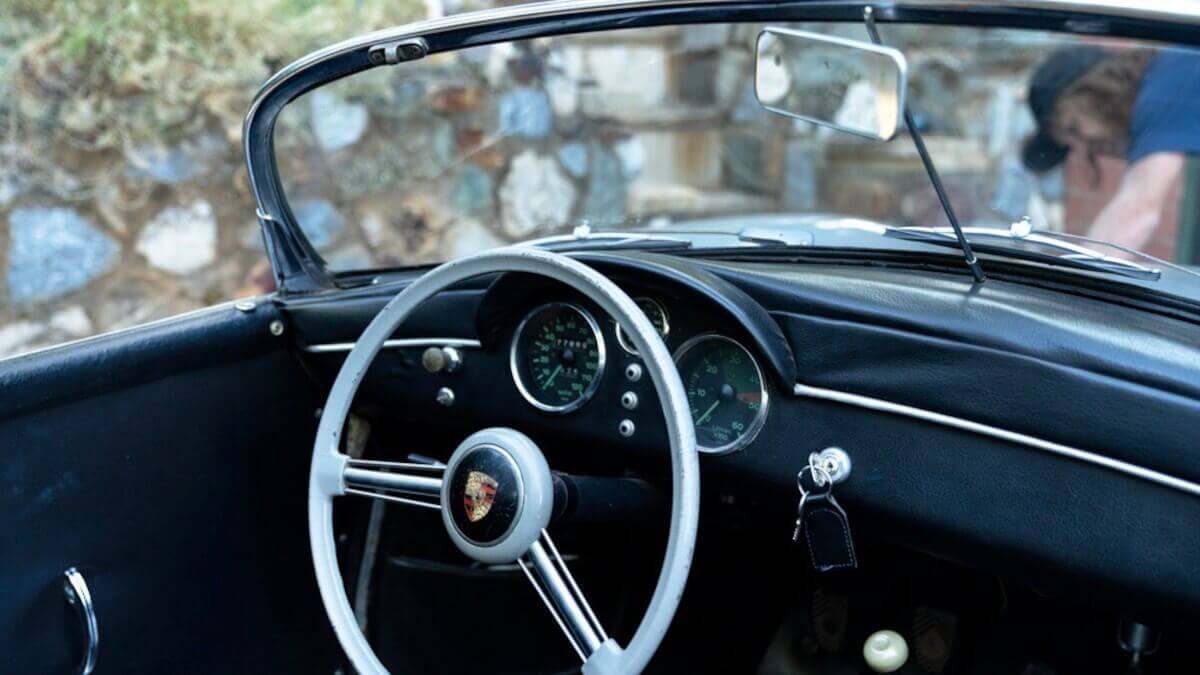 It seemed to be an almost impossible task to find such a car in original condition. But in autumn 2019 there was finally a promising lead. A mechanic friend of him from Oregon heard about an older man who wanted to put his Speedster up for sale. Hummel traveled there and directly fell in love with this vehicle at first sight. It had belonged to the gentleman in question since 1964 and was allowed to age with him in dignity. In addition, after a short research, it turned out that it was the only Pre-A Speedster in customers hands that left the factory in metallic silver. However, somebody had changed the interior color from red to black. Matt Hummel made a non-binding offer, but was put off until next spring, as the car owner and his wife were traveling to their second home in Florida for the winter.

“And so I spent the winter raising the money. I sold two of my Porsches and a few rare spare parts and motorcycles that I no longer needed. I felt a real connection to this vehicle. If an old Porsche still exudes that charm and personality, I simply must have it. You don’t find something like that very often today because a lot of these cars have been restored and their character has been lost,” Hummel says about the following period. Since the 356 had become a permanent member of the family, the previous owner found it extremely difficult to make a decision, for which Matt showed a great deal of understanding: “And then something happened. He parked the Speedster behind his truck and forgot to pull the parking brake. When he got out, the car rolled into the truck from behind, the hood was dented and the glass of one headlight broke. So he called me and said, ‘Come over and talk to meh about the Speedster.’ He didn’t want his wife to know about the dents.” Barely 48 hours later, he was back in Oregon and the deal was done. The car was accompanied by a logbook, carefully kept since 1964, in which all work and longer trips were noted. In its new home, the car now receives just as much love, which is already evident in the retrofitting of some non-original parts that had been fitted over time with unrestored factory parts. In addition, the dent to which Matt owes the car could be dented out. Soon, some work will be done on rusty parts on the chassis and – if an appropriate original interior can be found – the conversion back to the former interior color will take place.