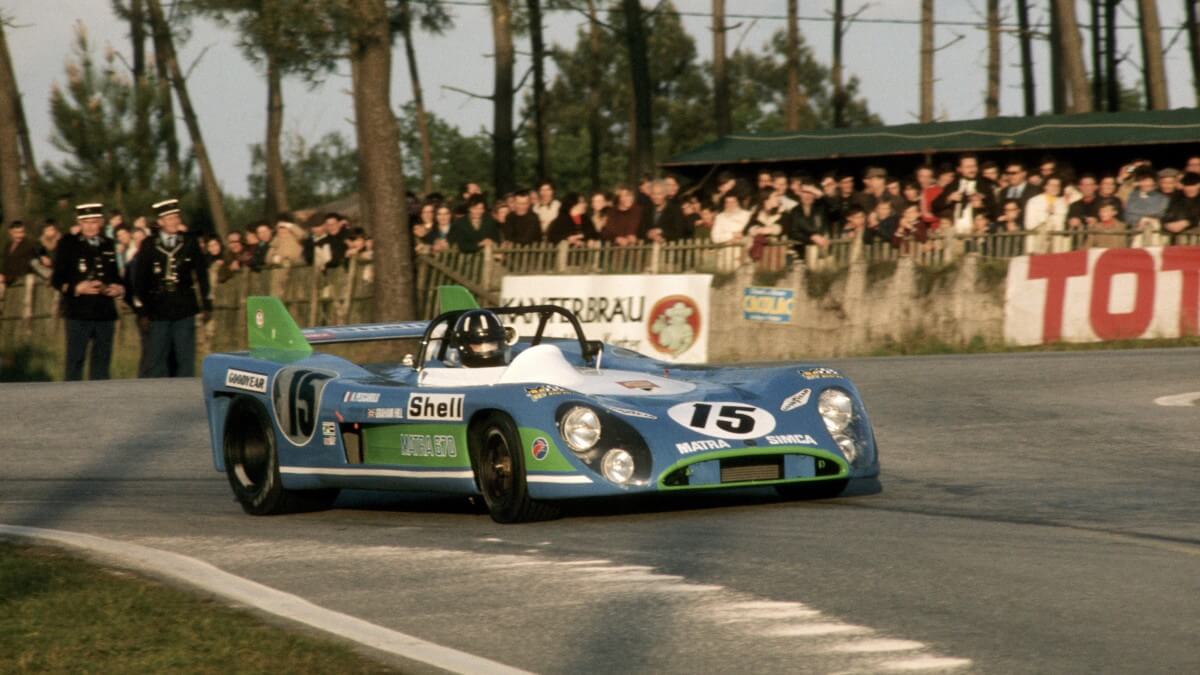 The classic car show Retromobile in Paris is always known for superlatives. Although the next edition isn’t scheduled to take place until February 2021 and, thanks to the still ongoing Corona pandemic, it is by no means clear whether these plans can be carried out at all, the auction house Artcurial, which is also based in Paris, has already announced an absolute highlight for their annual auction held there. Whenever a French car with a French driver behind the wheel is able to win the legendary endurance race in Le Mans, this vehicle is then considered a cultural asset. Accordingly, such racing cars are rarely ever put up for free sale or auction. Artcurial brings the Matra MS 670 under the hammer, which crossed the finish line of the 24 Hours of Le Mans in 1972 in first place.

For the 1972 World Sports Car Championship, the FIA had issued new regulations, the main aim of which was to reduce the maximum cubic capacity from five to three liters. As a result, Porsche 917, Ferrari 512 S and similar cars rolled straight into the depot. At the same time, prototypes from smaller manufacturers such as Matra suddenly moved up to the front and were given overall victory chances. As early as 1968, a three-liter V12 engine had made its debut in the Matra MS 11 in Formula 1, which could now be transferred to the newly developed open sports car prototype MS 670. This met with relatively little competition, since Ferrari didn’t develop a new car for 1972 and withdrew the favored 312 PB shortly before the race due to reliability problems. Porsche could only offer its customer teams the aging 908 and the Alfa Romeo Tipo 33 wasn’t yet technically mature. 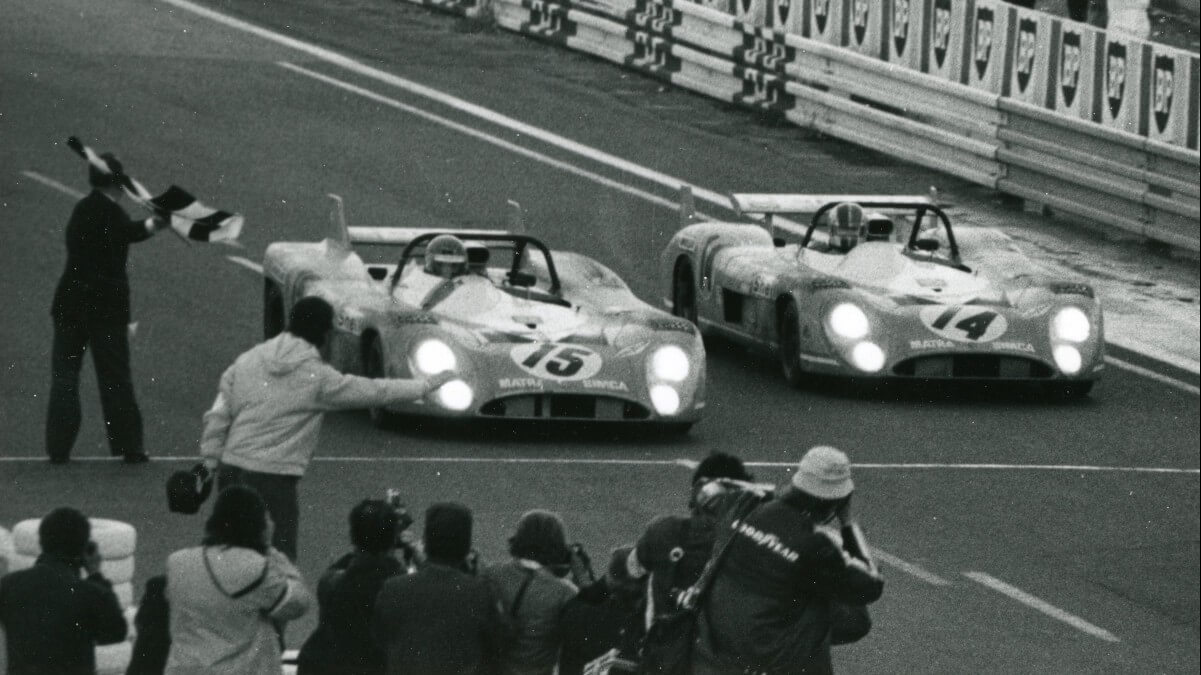 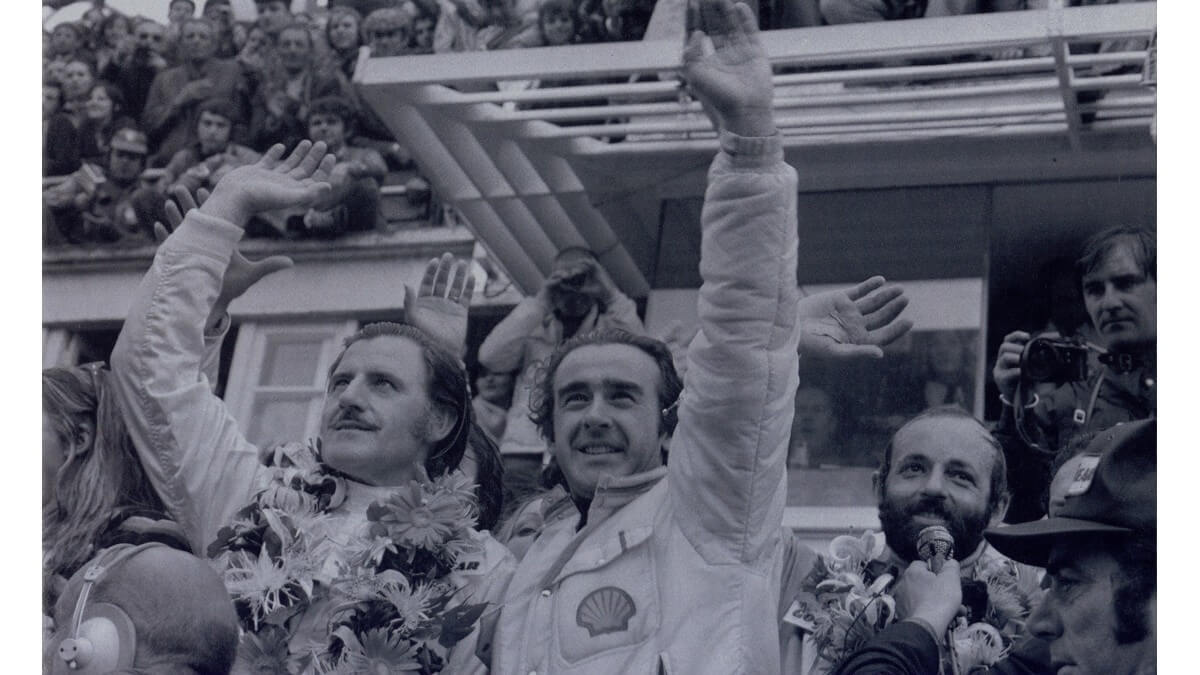 Nevertheless, a good portion of luck is still needed to get even a superior racing car over the distance without damage, as Toyota had to learn in recent years. The Le Mans circuit has undergone some modifications compared to previous years, resulting in four new fast corners in the Maison Blanche section, which have been named ‘Porsche corners’ in recognition of Porsche’s success in the previous two races. Matra started the race in 1972 with four cars, but had to write off one right after the first lap. Initially, the Swede Joakim Bonnier in a Lola T280 took the lead, but was overtaken by the remaining Matras after the first hour of the race. Jo Bonnier was killed in an accident at about 8:00 a.m. after he misinterpreted the reactions of Swiss private driver Florian Vetsch in a Ferrari 365 GTB/4 during a lap maneuver. About 50 laps later, Matra had to give up hope of a triple victory when the one-year-old MS 660C stopped working. The remaining two cars crossed the finish line in first and second place, with the second placed car eleven laps behind. The winning car was driven by Henri Pescarolo and Graham Hill. Matra used the MS 670 again in Le Mans the following year.

Winner’s car will be auctioned

So now the winning car at the time is to be put under the hammer. Hervé Poulain, the head of Artcurial, and his team expect the hammer price to be between € 4,000,000 and € 7,500,000. Previously, this car with chassis number 001 was on permanent loan shown in the Musée Matra in Romorantin, but belonged to the Lagardère Group. Thierry Funck-Brentano, co-managing partner of the Lagardère Group, comments on the sale decision as follows: “Our wonderful memories of Matra’s part in motor racing history are no compensation for the Lagardère Group’s obligation to honour the consequences of an unfavourable court ruling in January 2020 in a social law case involving Matra Automobile, 18 years after it closed. Hence the decision to offer at auction, in total transparency, the 1972 Le Mans 24 Hour-winning Matra.”