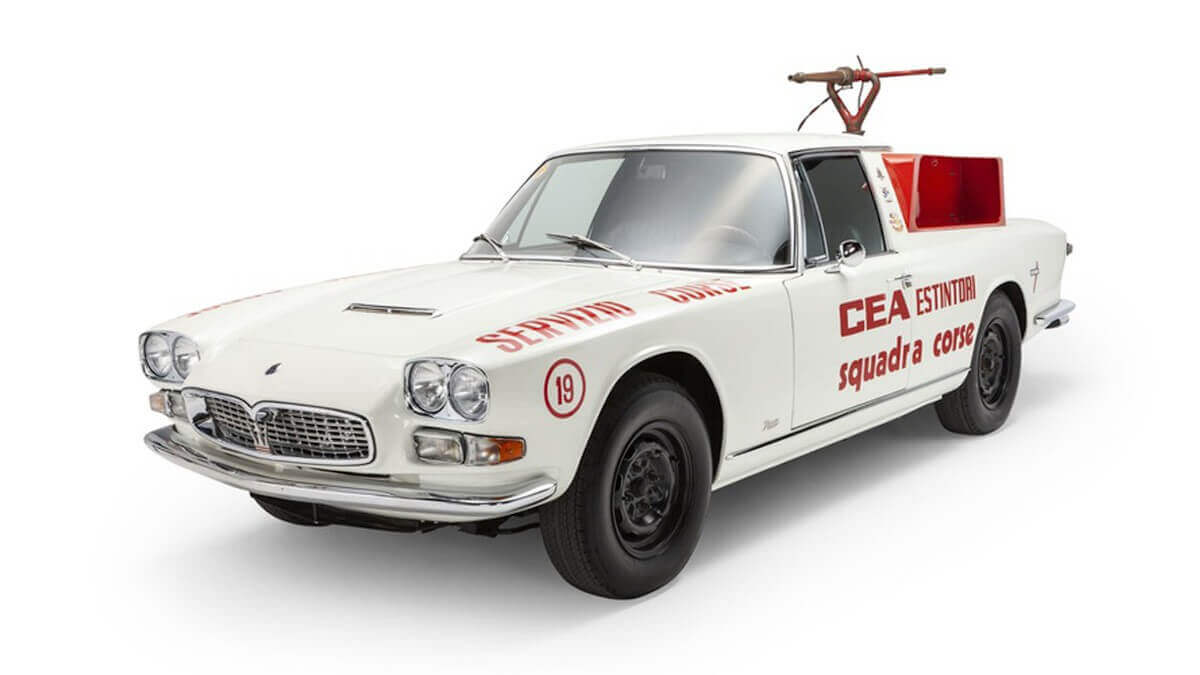 Many car fans know about the Maserati Quattroporte as a sporty luxury sedan for years. But did you know that, based on the first model generation, there was a special variant as a fire engine for use as a first-aid vehicle at motorsports events? Exactly five of these were converted at the coachwork shop Grazia in Bolognaon behalf of CEA (Costruzione Estintori Antincendio), a company that manufactured fire extinguishers.Behind the front doors and the B-pillars, the roof was cut and the rear doors removed. In their place, fixed metal sheets were welded into the bodyshell. Where otherwise the rest of the roof, the side windows, the rear window and the trunk lid are to be found, these five vehicles showed a pickup flatbed with equipment boxes attached at the sides and a fire extinguisher sprayer installed in the middle behind the remaining roof part. Equipped in this way, the vehicles served on the racetracks of Imola and Monza from 1973 to the 80s.

How did they come up with such an unusual idea? At the time of the conversion, production of the first Quattroporte had already been discontinued for three years. So CEA bought used vehicles from second-hand market, which were comparatively cheap to get, but thanks to their high performance engines perfectly suitable for the given task. After all, this sporty sedans had a 4.1-liter V8 engine with 191 kW/260 hp under the hood, later versions even had 213 kW/290 hp from 4.7 liters of displacement. Girling disc brakes and a five-speed gearbox from ZF complete the technology package. Whether all five converted vehicles had the same performance level is beyond our knowledge. But it is a fact that the car shown in our gallery carries the smaller engine since its first delivery in Rome in August 1967. This car originally wore silver paint and black leather. Even with a full tank of water and all the extinguishing equipment mounted in the airstream, the Quattroporte still reaches a topspeed of 225 kph. 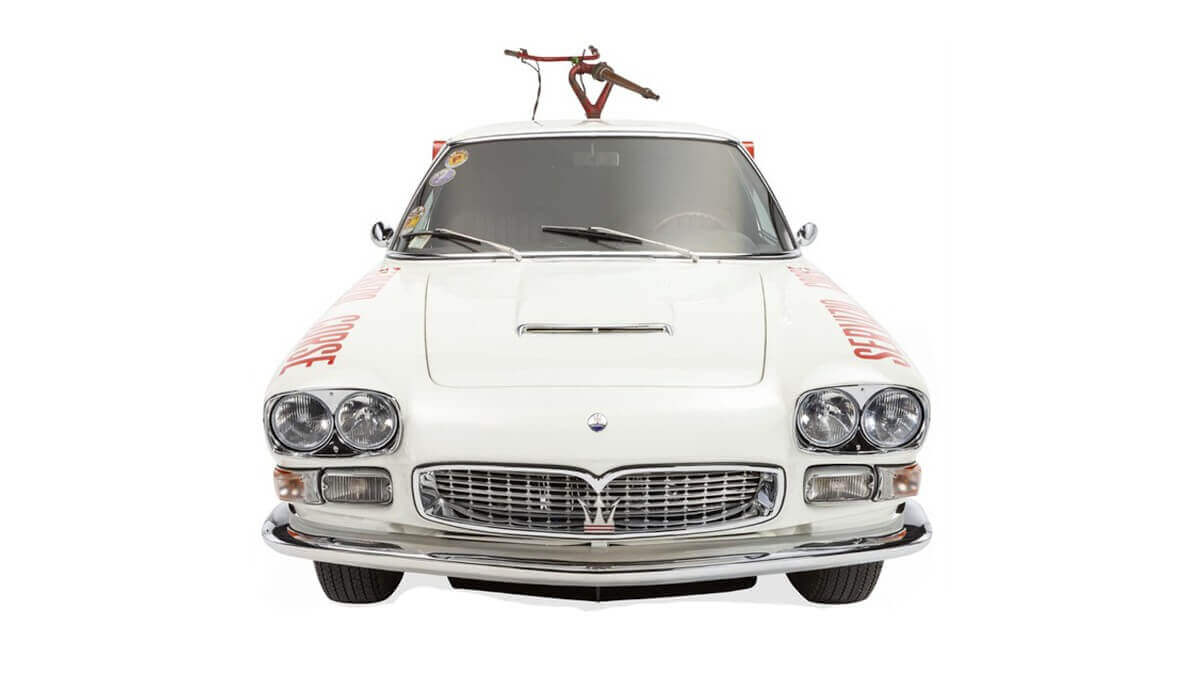 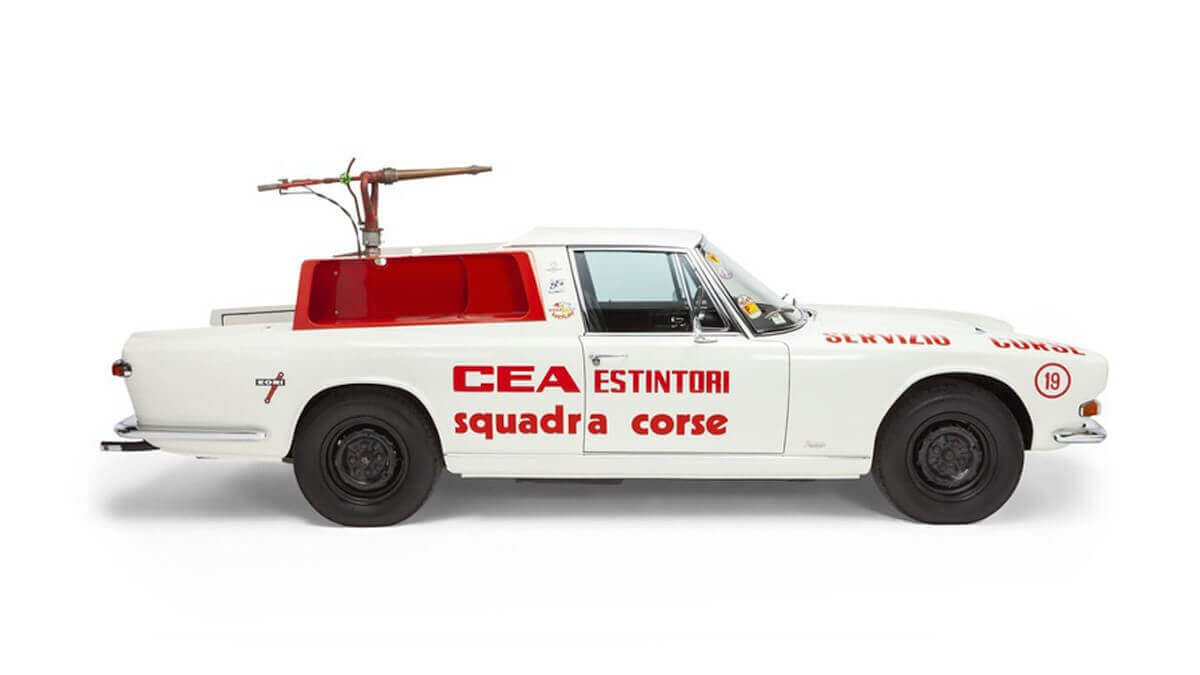 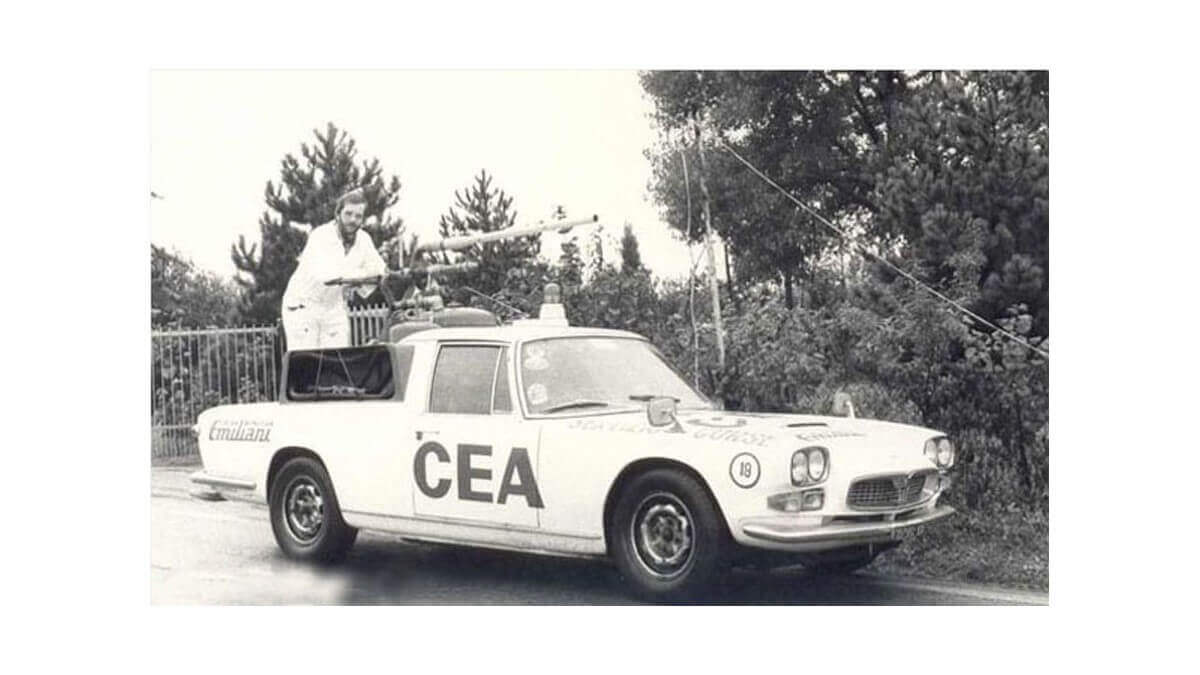 Apparently one of the five fire engines was so badly damaged in a racing accident that it was scrapped afterwards. At least this is what former CEA employees claim. On the other hand, the rumor persists that in 1986 or 1987 a car collector from Austria bought all five Quattroporte fire engines and finally only kept the best one for his collection. However, at least in the papers of the car shown by us there are only owners from Italy, France, Switzerland and Germany. The current German owner restored the vehicle extensively over a period of six years, whereby about 1,200 hours of work went into the sheet metal work alone. Now this unusual Maserati will be auctioned off at a Coys of Kensington auction during the Classic Days at Schloss Dyck near Düsseldorf. No information was given on the estimate.