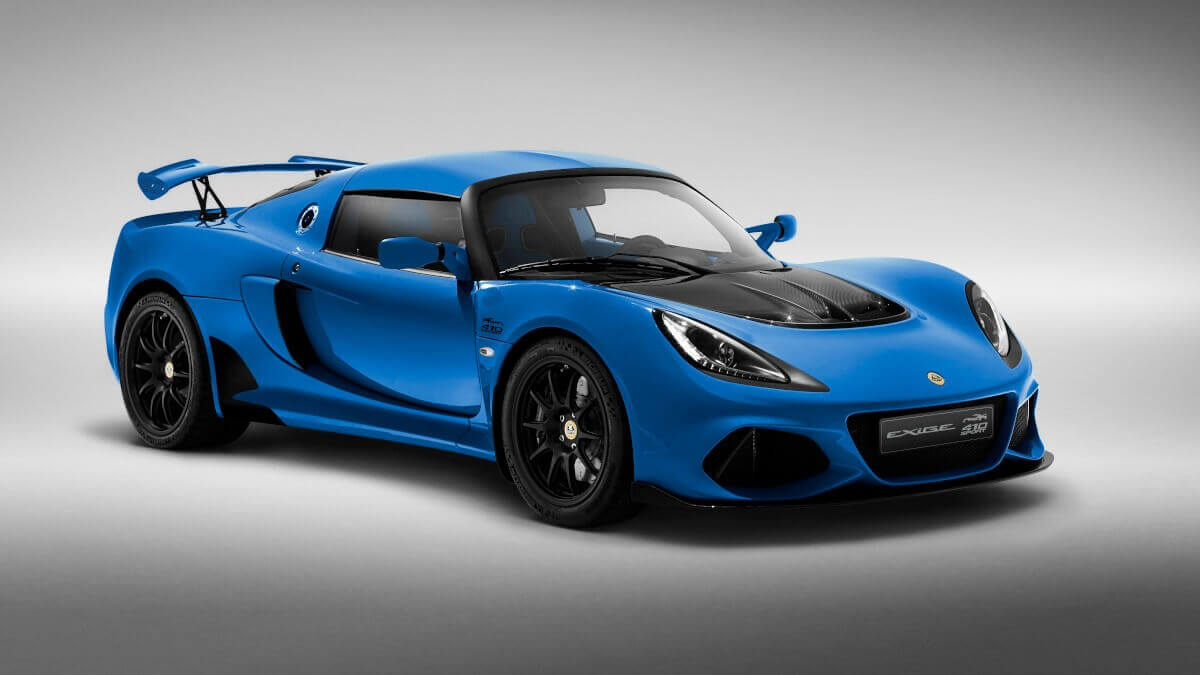 In 2000 Lotus extended its sports car model range with a coupé version of the Elise. However, the simple assembly of a hardtop (which, by the way, could still be removed) wasn’t enough. The Exige also received a newly designed front spoiler lip and a fixed rear wing. In addition, a 130 kW/176 hp four-cylinder engine from Rover sat behind the two passengers while the first Elise generation was available in a power range between 122 and 192 hp. Of the original model of the Exige, only 604 units were built in two years of production, 251 of them with left-hand drive. The second generation only followed in 2004, and since 2013 Lotus produces the third generation at the company’s headquarters in Hethel, on which the 20th Anniversary special edition is now based. Strictly speaking, it is the Exige Sport 410 that gets a special design here.

Inspired by the 2000 Exige, the 20th Anniversary edition is given a range of classic paint colors to choose from. These are ‘Chrome Orange’, ‘Arctic Silver’, ‘Calypso Red’, ‘Motorsport Black’, ‘Saffron Yellow’ and ‘Laser Blue’. In comparison to the normal Exige Sport 410, the roof and the side air intakes in body color provide contrast points. Even the wing blade of the rear wing is in the same color as the bodywork. As a reminder of the original Exige, there are black stone chip protection corners in front of the rear wheels. Above the side indicators and on the right-hand side of the rear bumper is the ‘Sport 410’ lettering with a silhouette of the first Exige. On the and plates of the rear wing the 20 is shown as another distinctive feature. 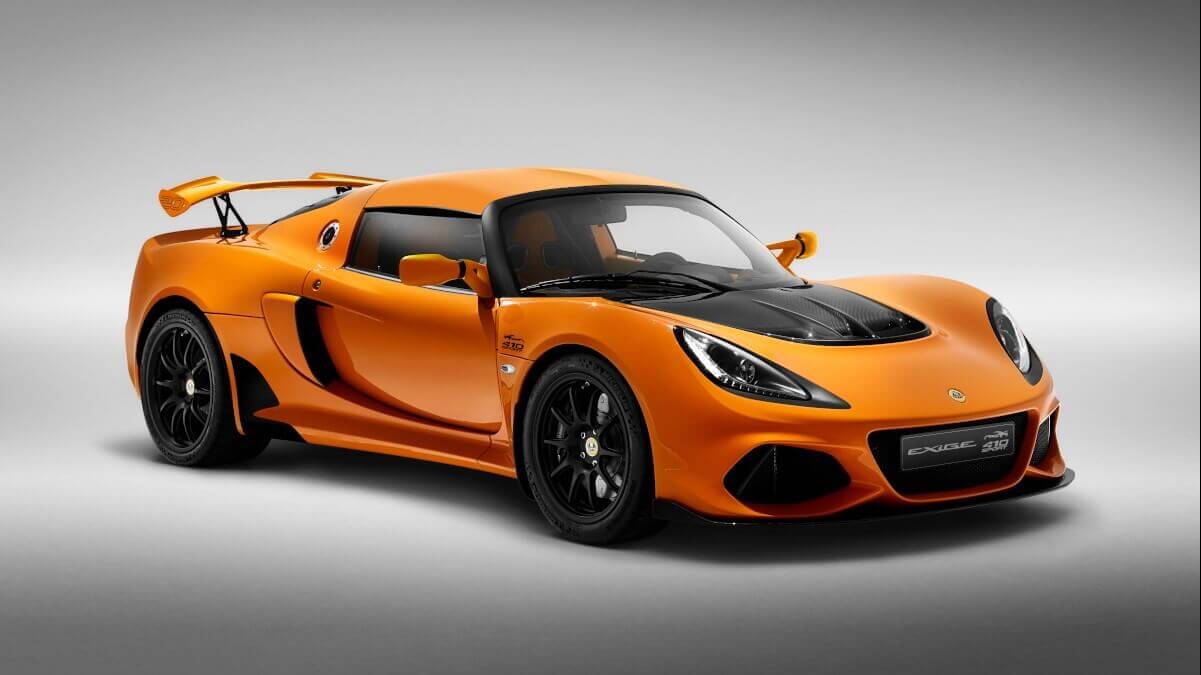 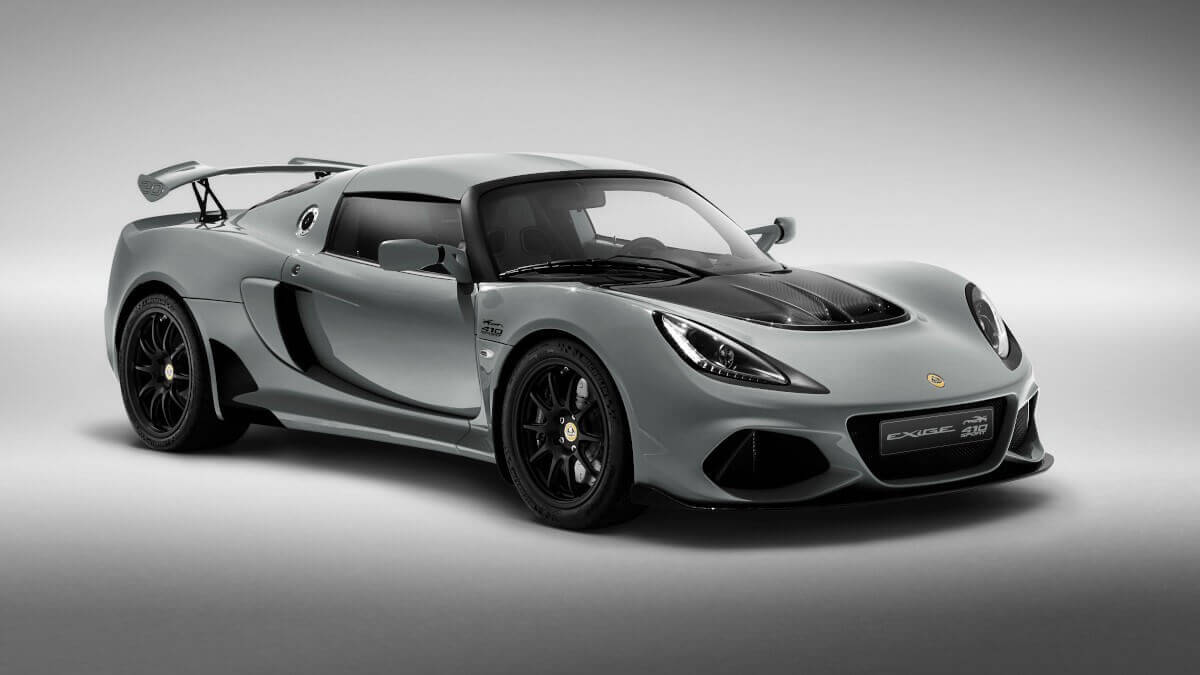 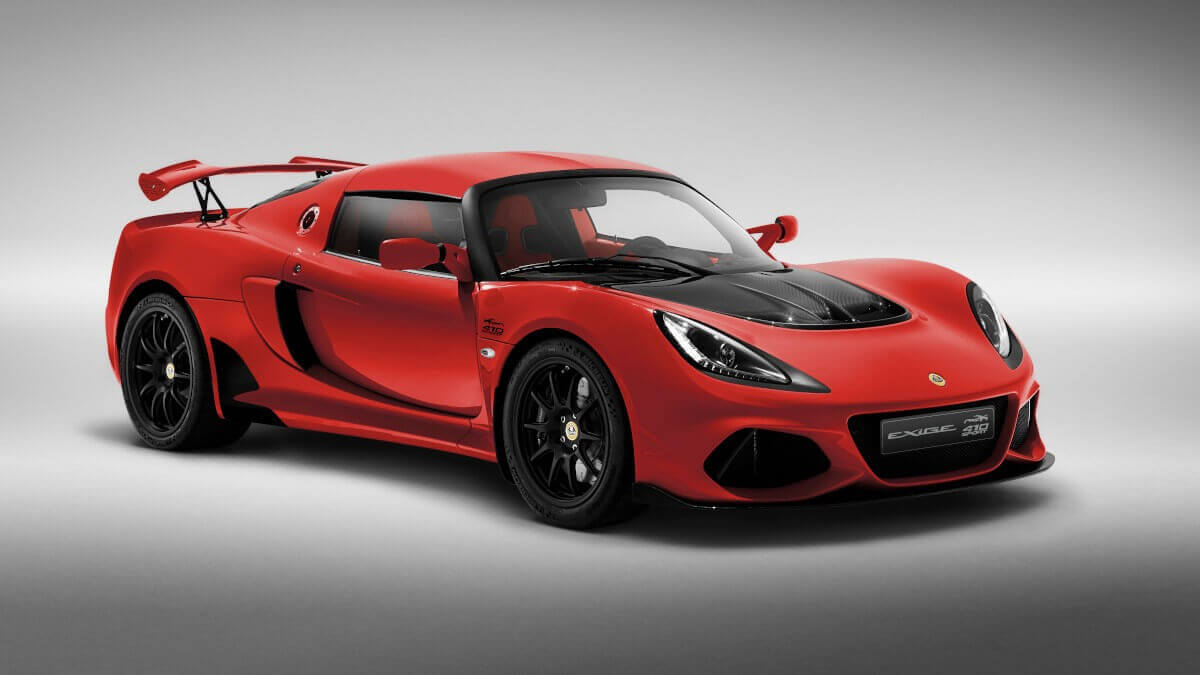 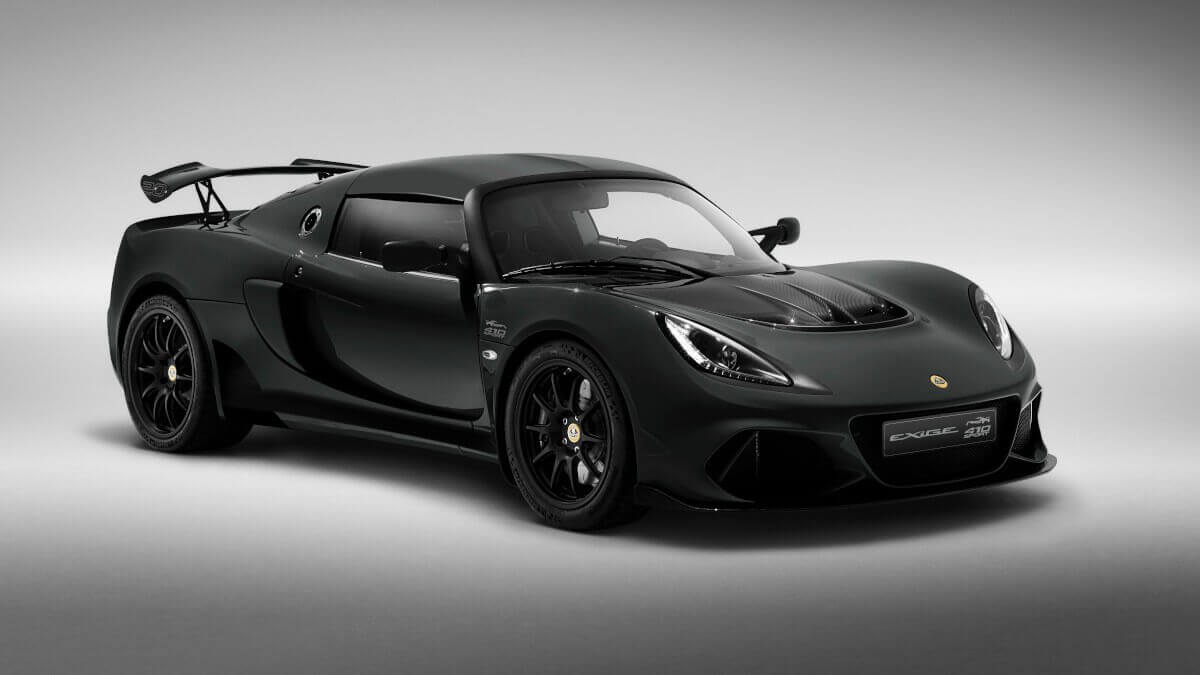 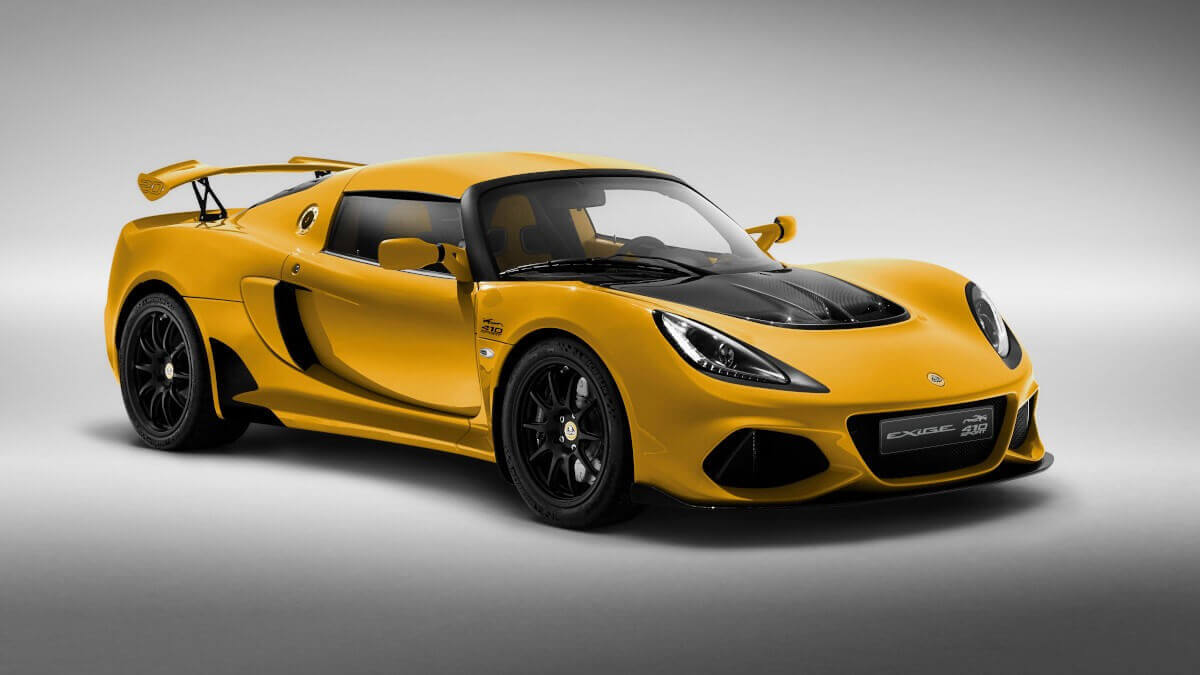 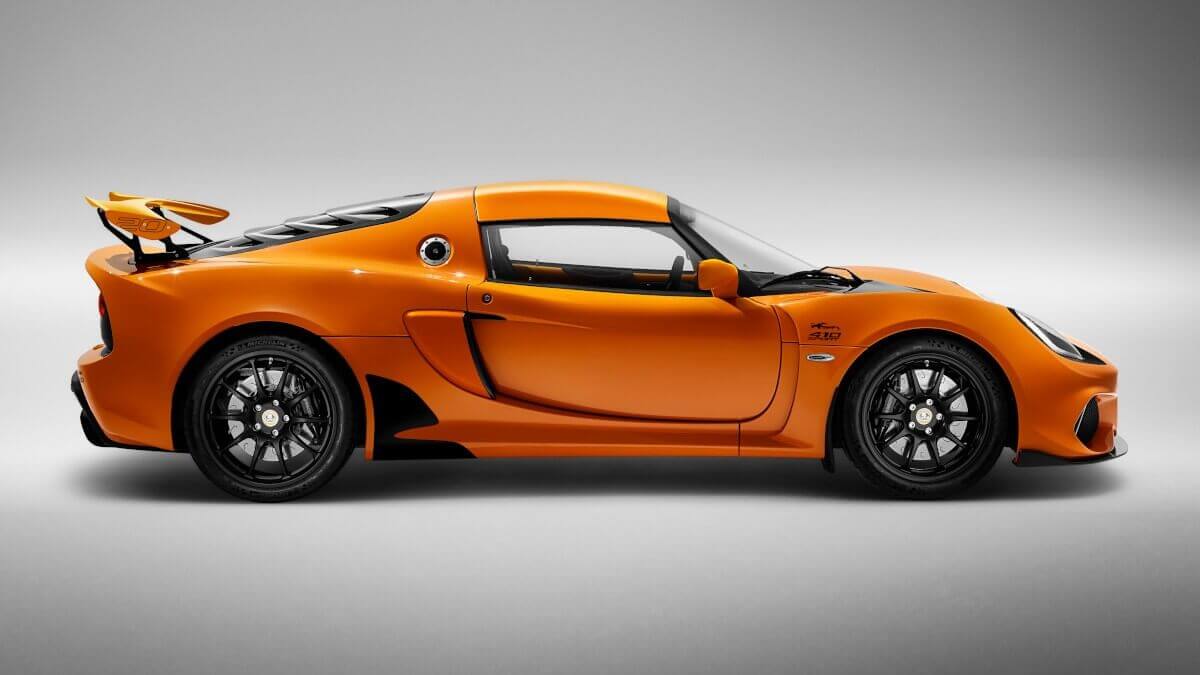 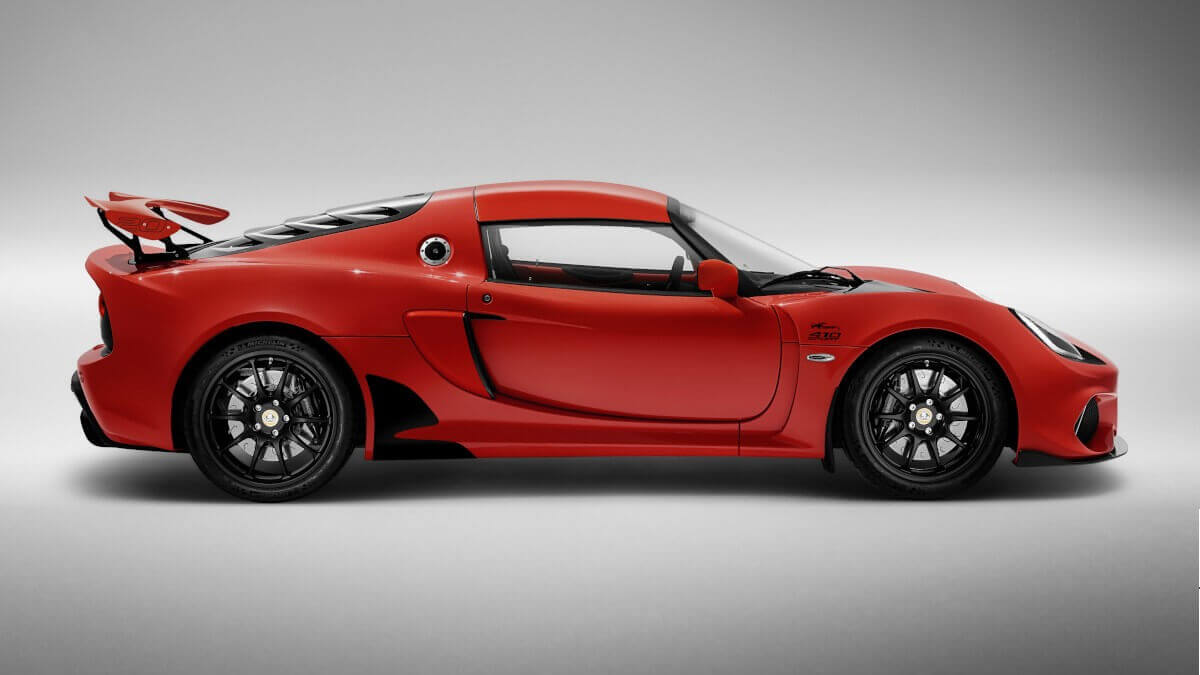 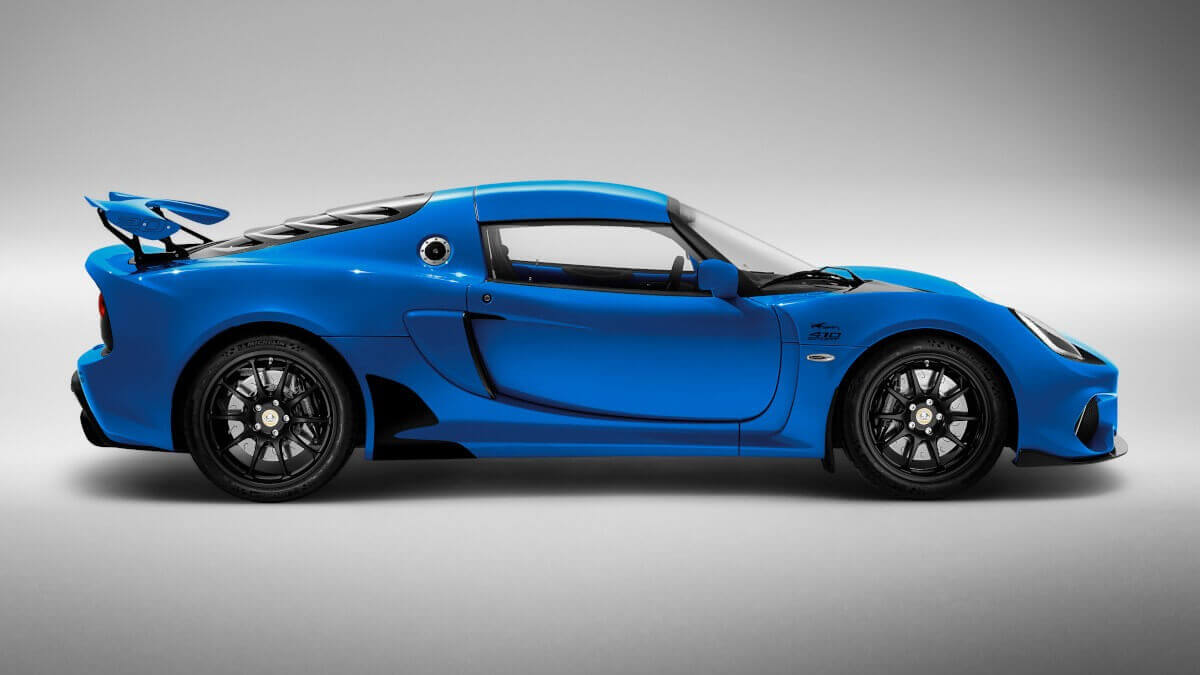 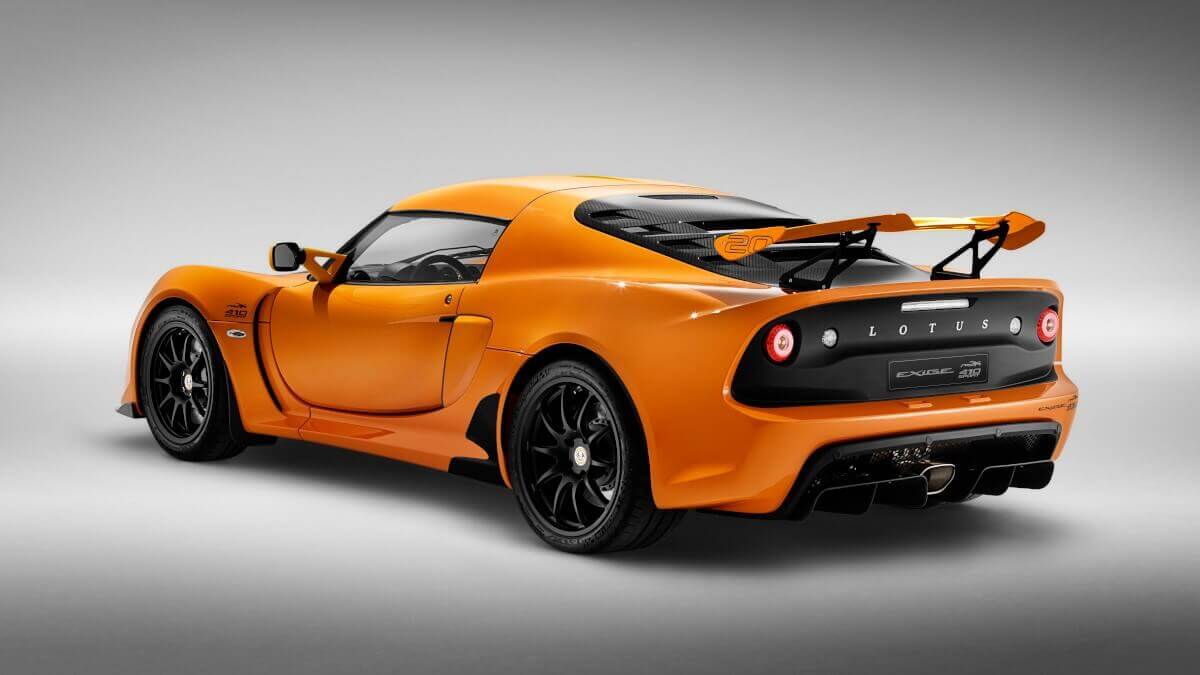 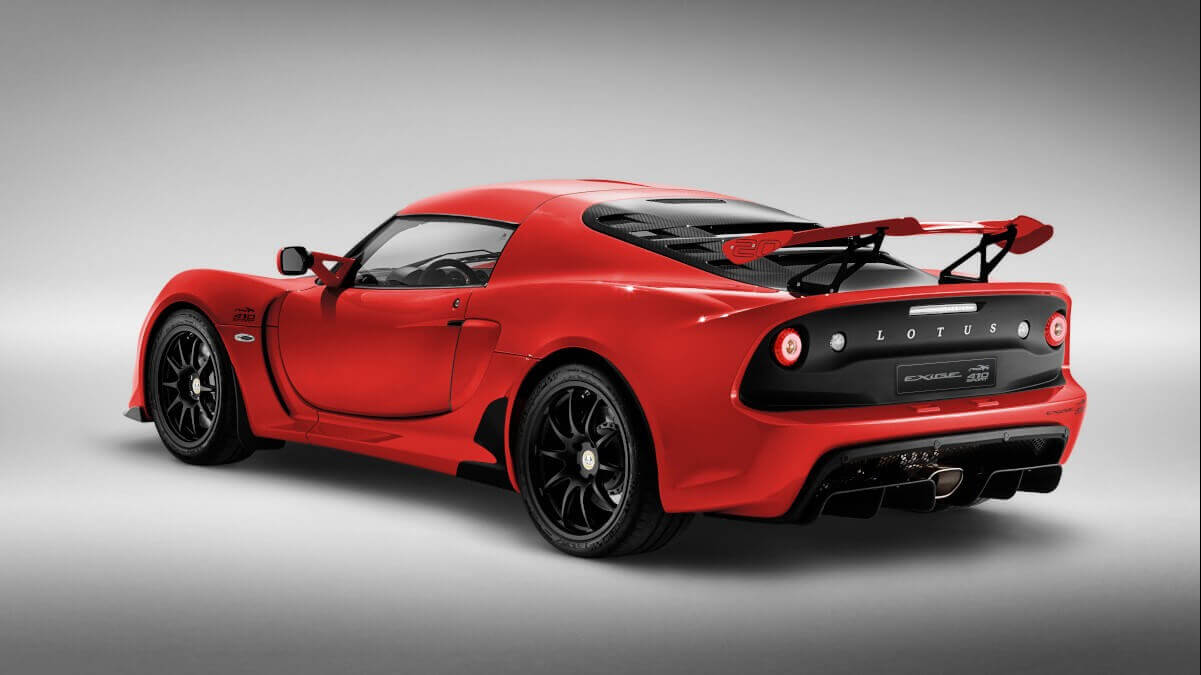 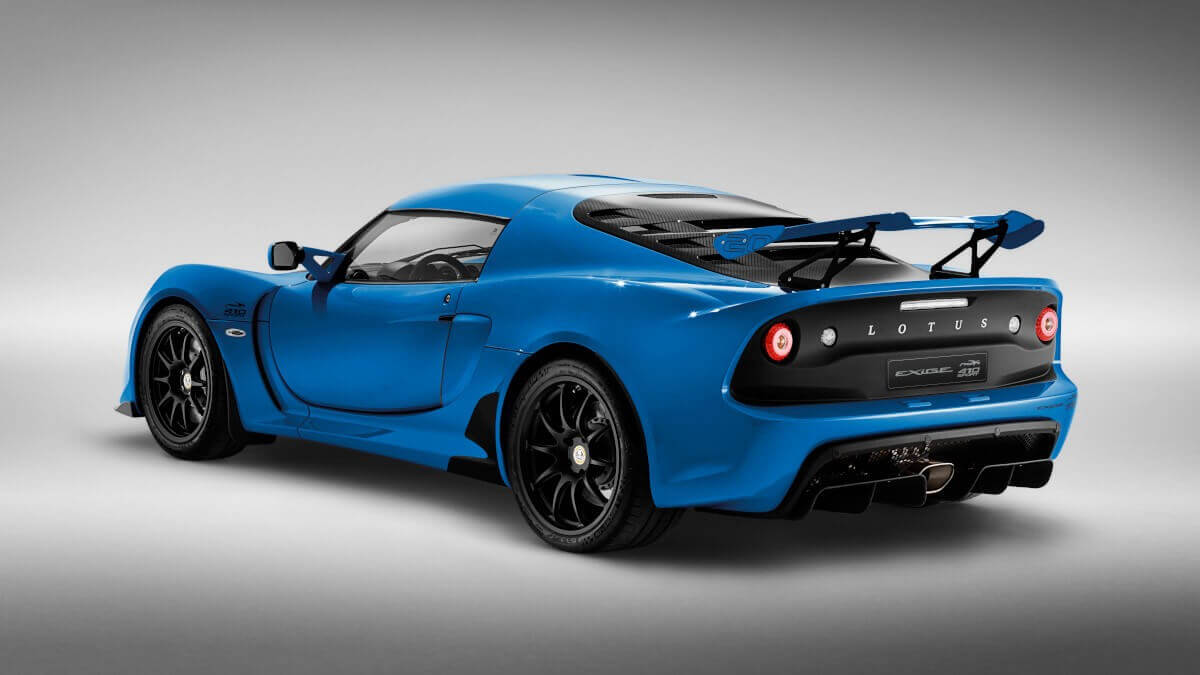 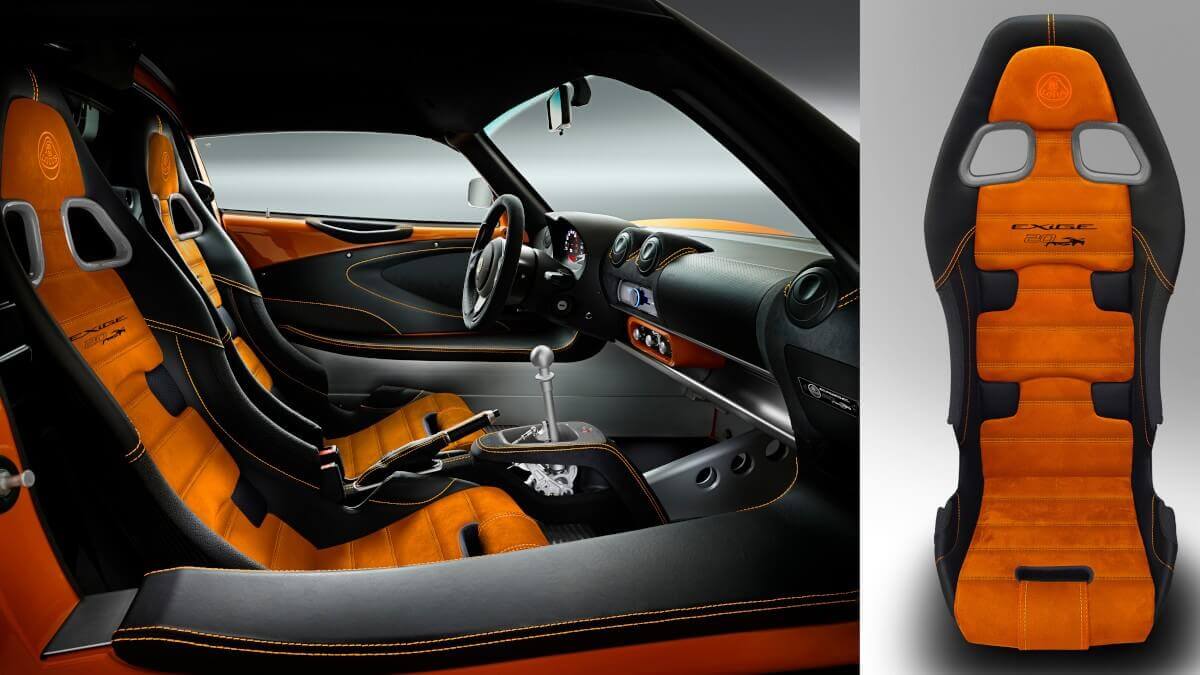 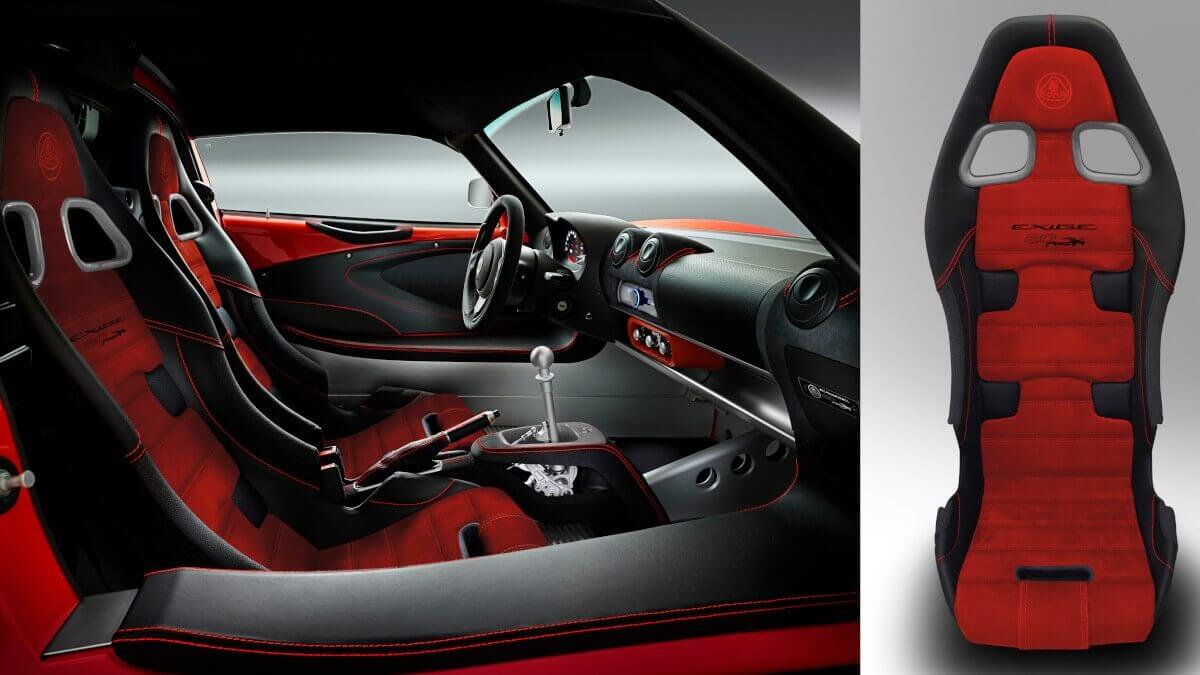 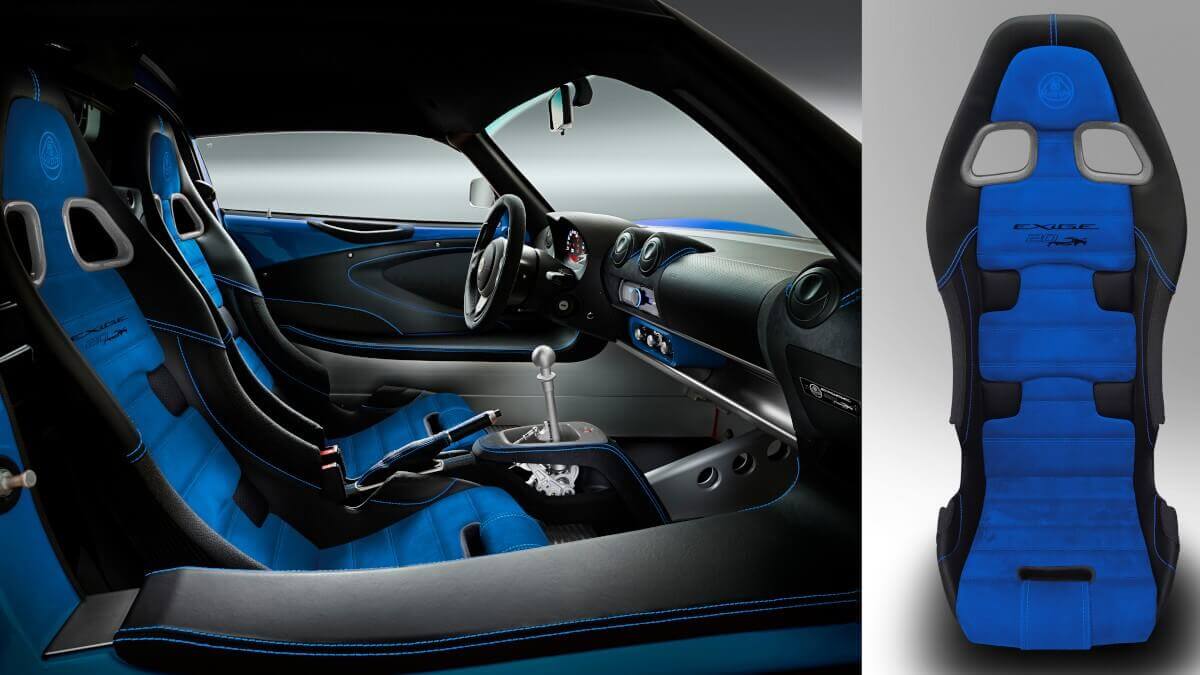 The interior of Lotus is finished to match the body color. The Alcantara seat center panels and all contrast stitchings carry over the exterior color to the inside of the car, while the rest is in sport black and matt aluminium. While the Lotus logo is embroidered into the headrests in the same color, a special 20-year logo with the silhouette of the original Exige is embroidered in black at shoulder level. This logo is also engraved on a metal plate on the dashboard.

Standard equipment for the 20th Anniversary edition includes a sports suspension with triple adjustable Nitron dampers as well as carbon components for the front splitter, front service flap and bonnet. In addition, there is a DAB radio with Bluetooth, cruise control and ultra-light forged wheels. For an additional charge, an ultra-light lithium-ion battery, a titanium exhaust system and carbon sill trims are available. Lotus is pricing the Exige Sport 410 20th Anniversary at 83,613 € plus local taxes (£ 79,900 in the UK). The first examples will be rolling out to international dealers later this year.