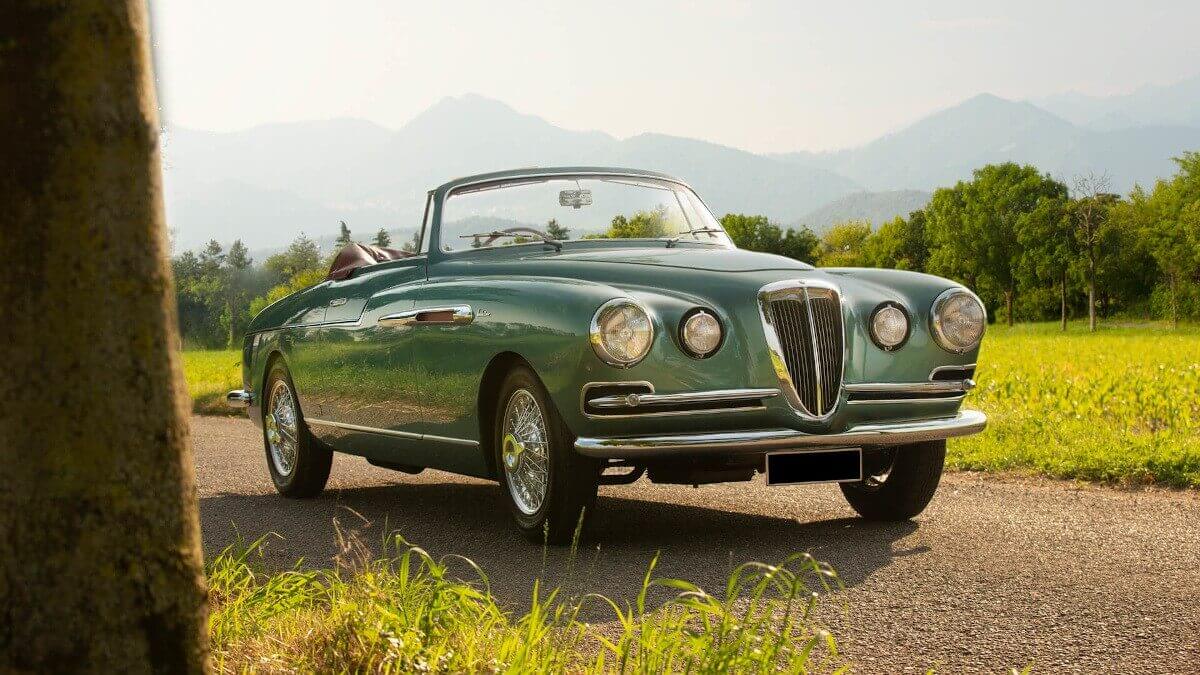 In 1950 Lancia finally presented the Aurelia developed by Vittorio Jano, a successor model to the Astura from the pre-war period. With this model, the upper middle class was reoccupied by them. In the course of the following years different variants appeared, which were distinguished by their own abbreviations. Thus ‘B10’ was the name for the normal sedan Berlinetta, which also existed with other wheelbases as B12, B15, B21 and B22. Besides they offered the Aurelia B20 GT Coupé with shorter wheelbase and from 1955 the Aurelia B24 Spider with even short wheelbase, which was modified into the B24 Convertible a year later. Apart from that, the Aurelia also offered bare chassis as B50, B51, B52, B55, B56 and B60, depending on wheelbase and version. These were delivered to external coachbuilders, mainly in Italy, and received unique bodies. Initially, there was a newly developed 1.8-liter V6 engine under the bonnet, which produced 56 hp. In the B20 GT and B21 Berlinetta the displacement grew to two liters and the output to 70 hp in the sedan and 75 hp in the Coupé. In the second series of the B20 GT the power was already up to 80 hp and in the B22 Berlina the engine delivered 90 horsepower. With the third series of the Aurelia, produced from 1953, the displacement was increased to 2.5 liters. While in the first three series a rigid rear axle was fitted, a De-Dion axle was used from Series 4 onwards. A total of 18,201 units were produced, of which all were right-hand drive until 1955, when Lancia finally started building left-hand drive cars. 783 pure chassis were manufactured, 98 of them were B52.

Some special bodyworks were built more than once, others remained unique. At the classic car dealer Girardo & Co from the former RM auctioneer Max Girardo, such a unique car is currently for sale. Chassis number B52-1097, one of the final 12 B52s, was given a Spider bodywork by Carrozzeria Vignale in 1953. This was specially designed by the team around Alfredo Vignale and Giovanni Michelotti with various chrome details. It took until January 1955 before the coachbuilder finally showed the car publicly for the first time at the Brussels Motor Show on the Lancia stand. Already at that time the car was painted in light ‘Verde Lago metallic’ (lake green) and had a bordeaux red leather interior. 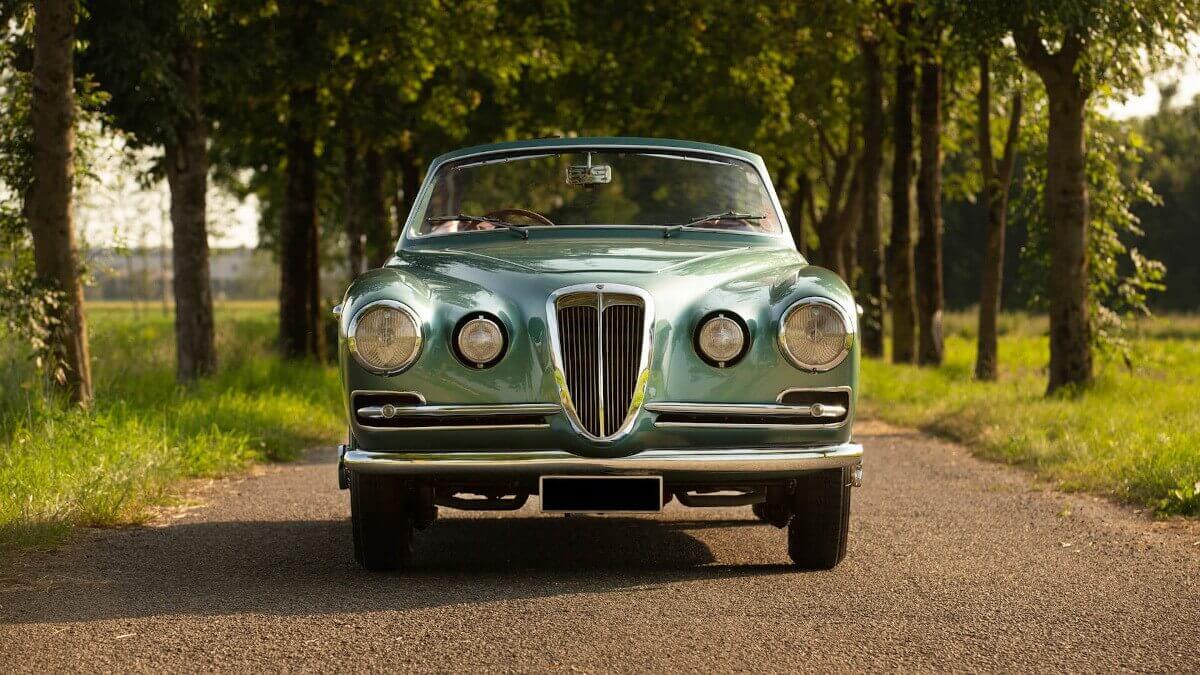 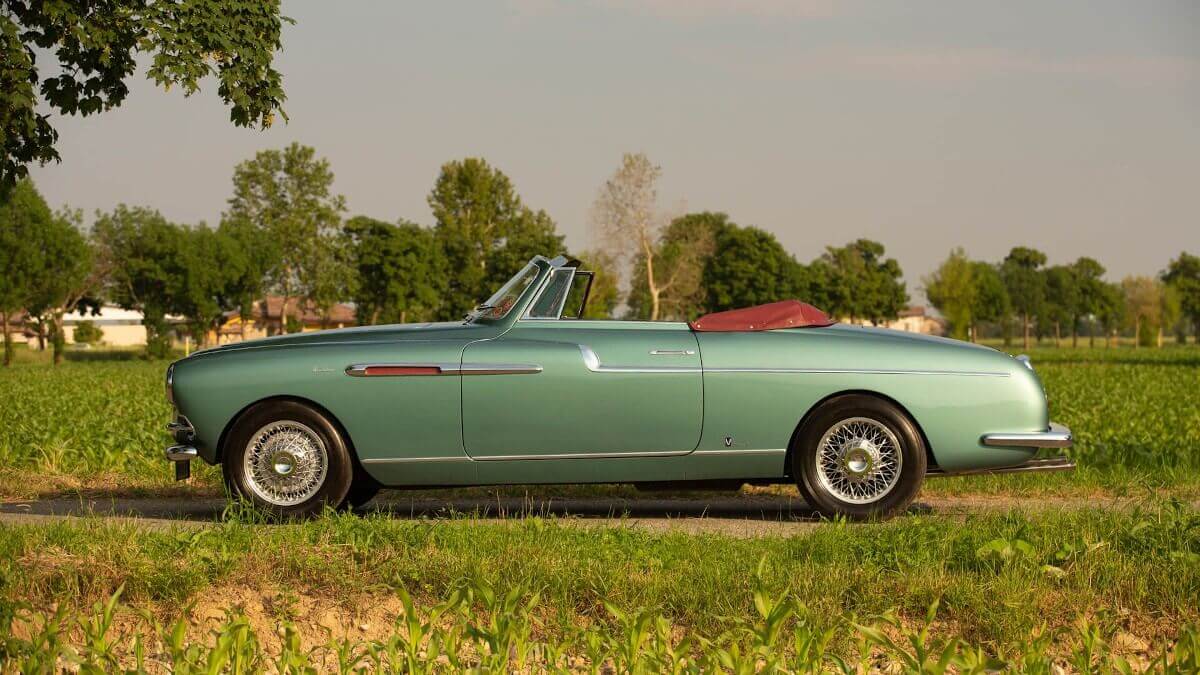 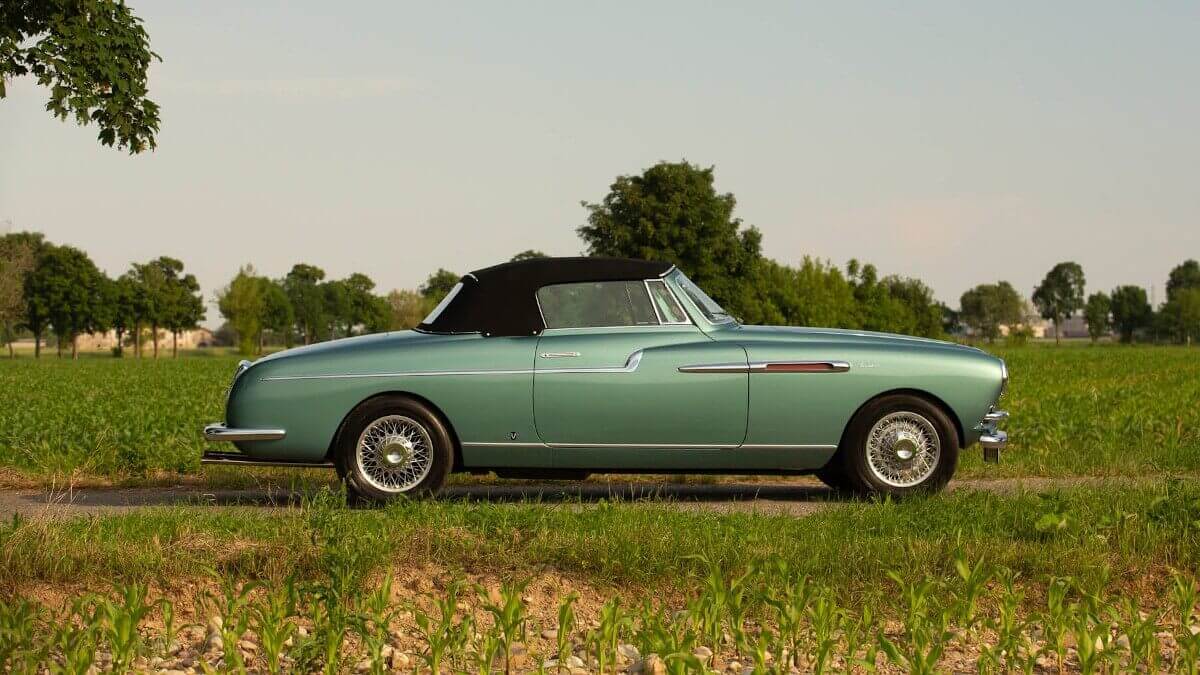 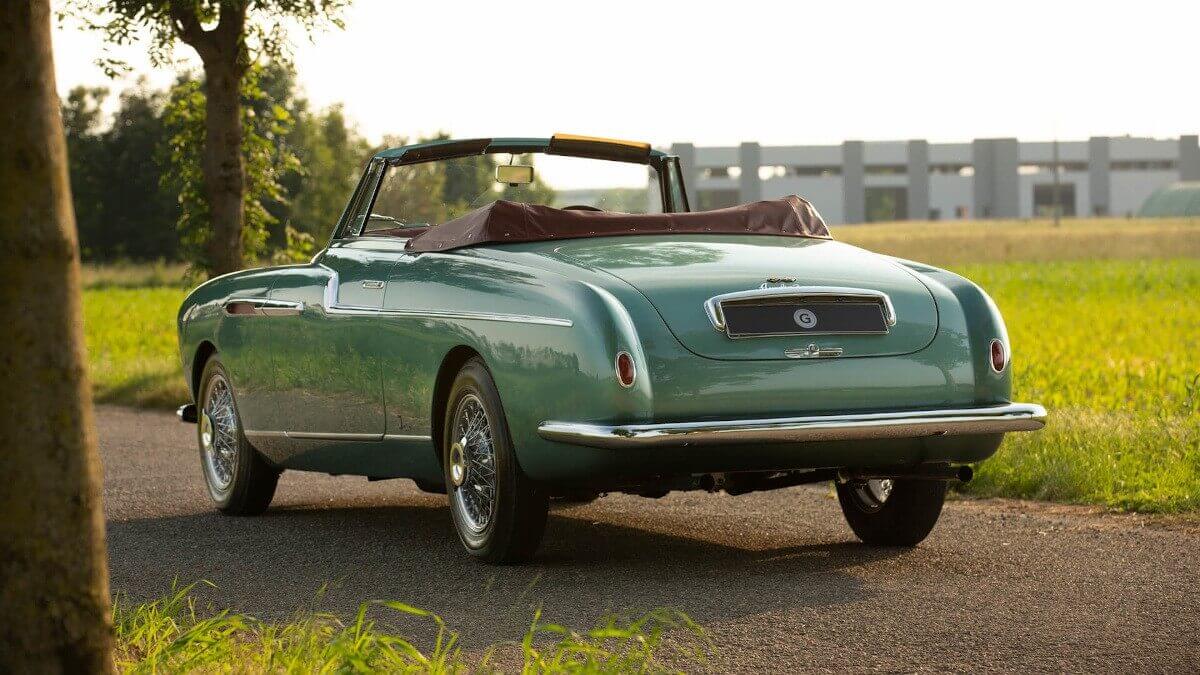 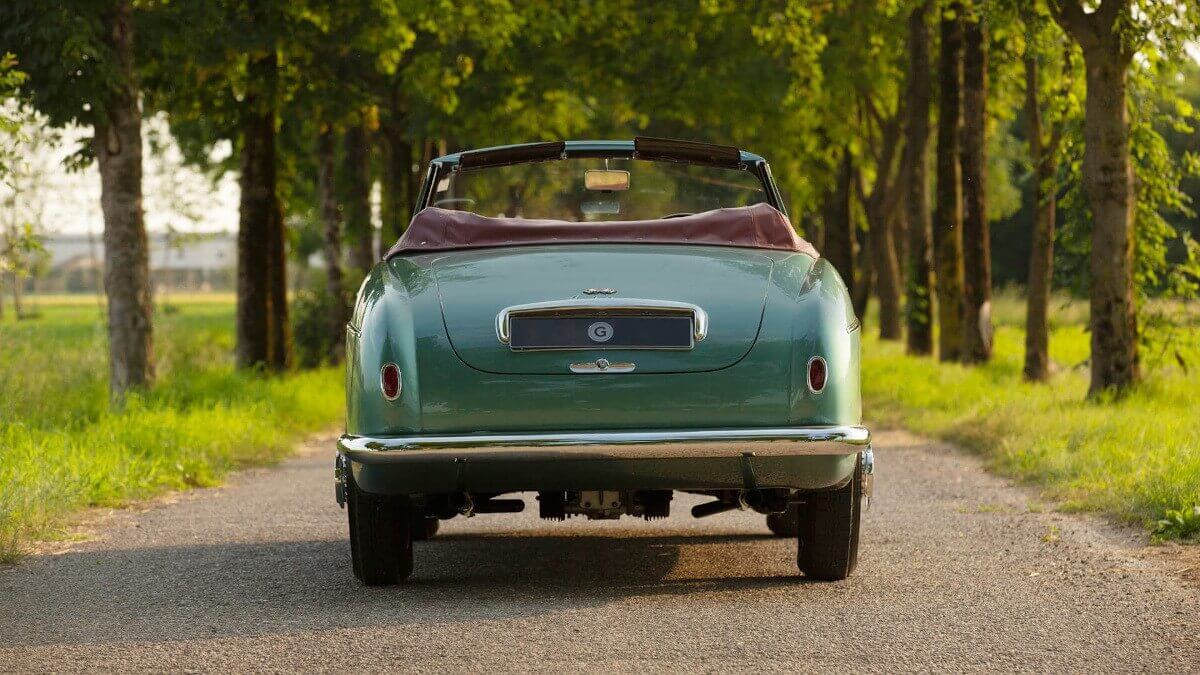 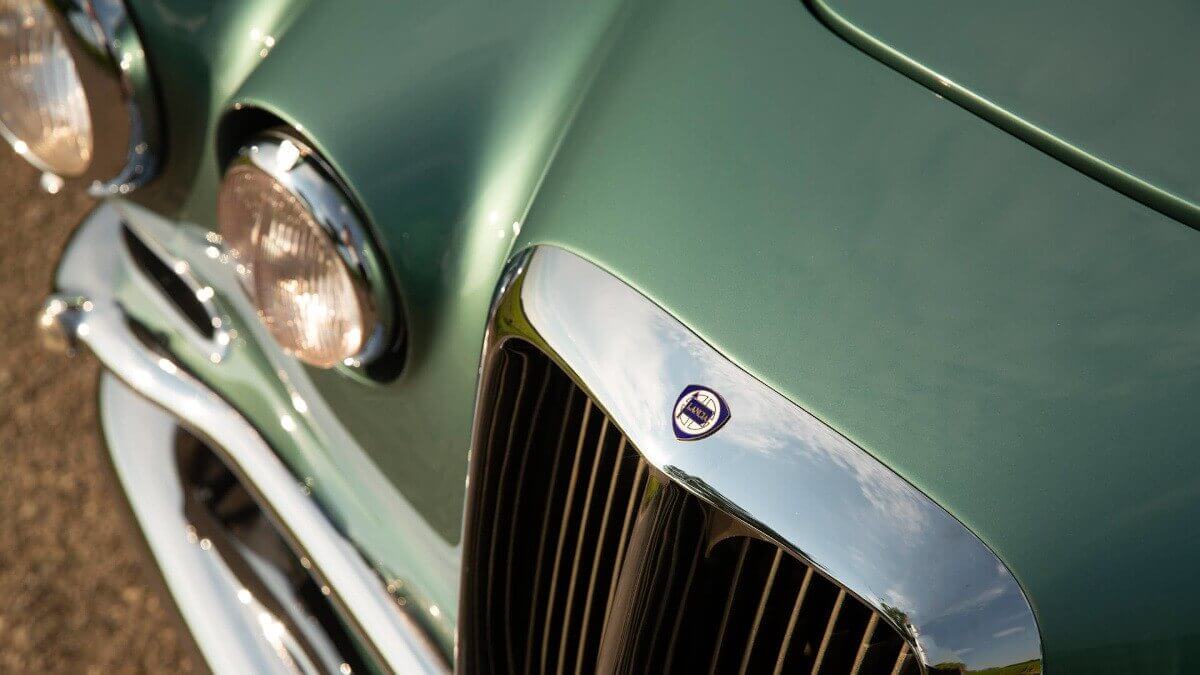 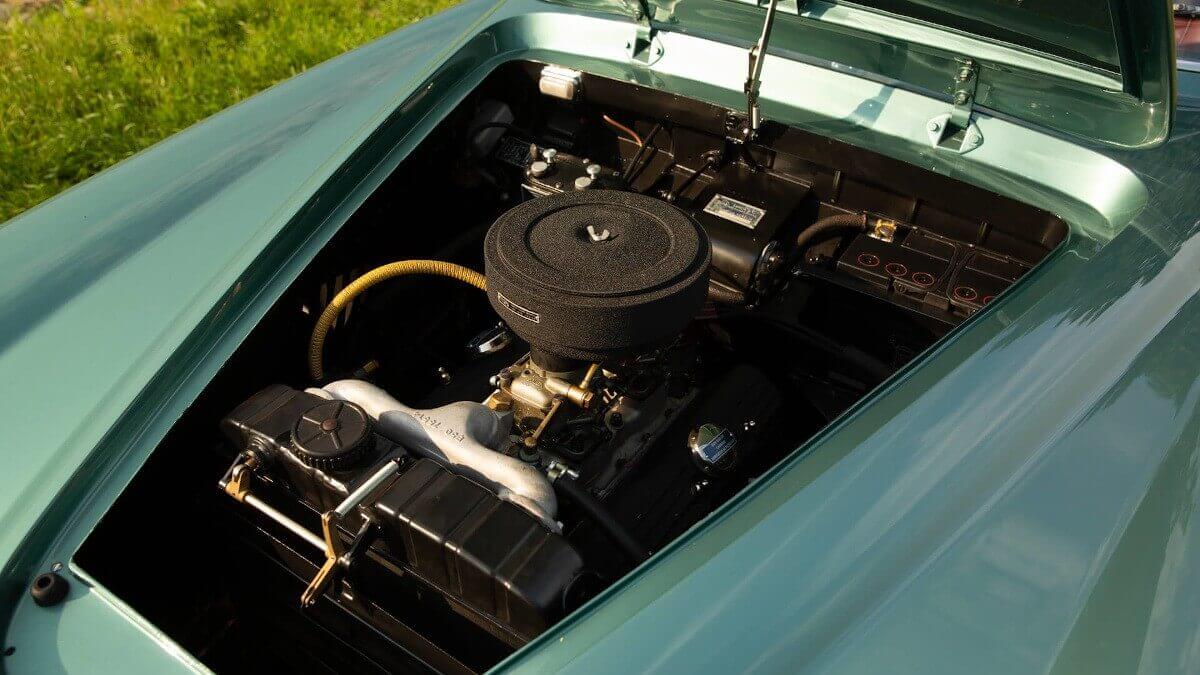 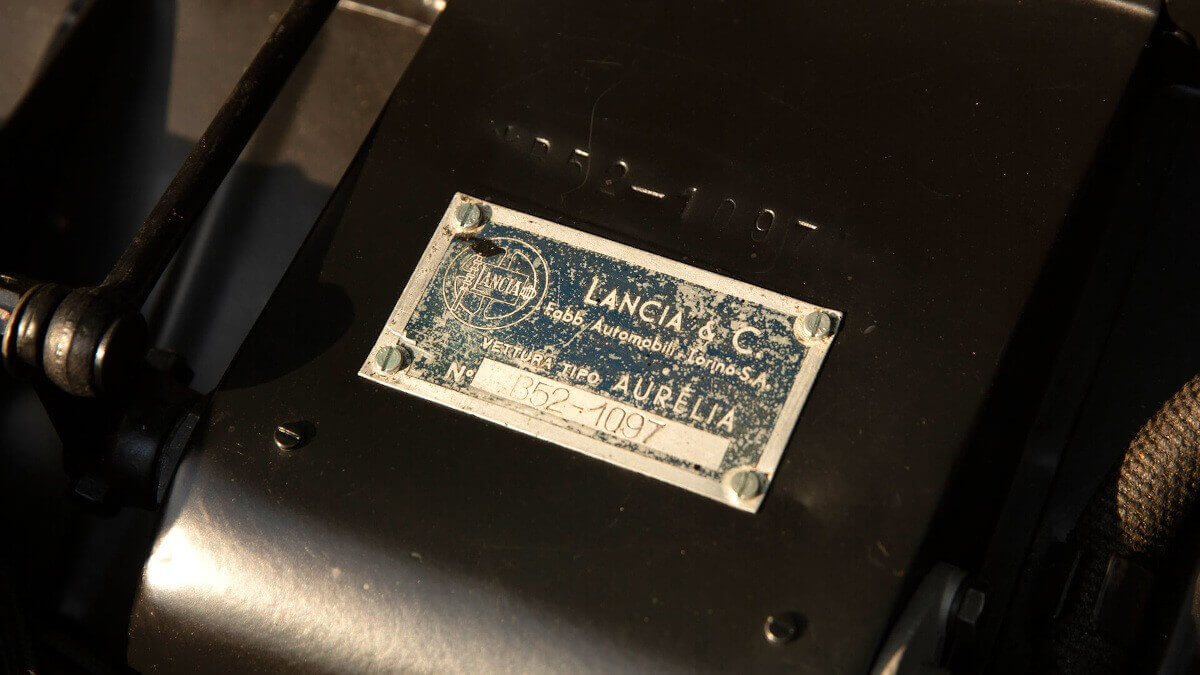 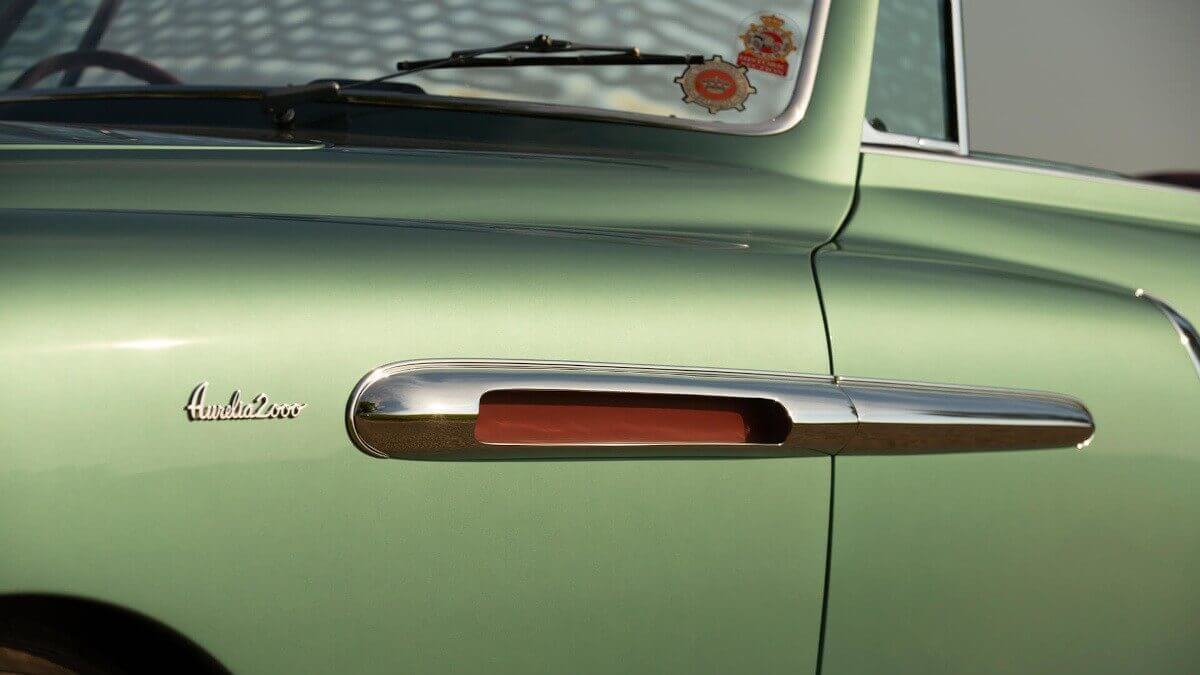 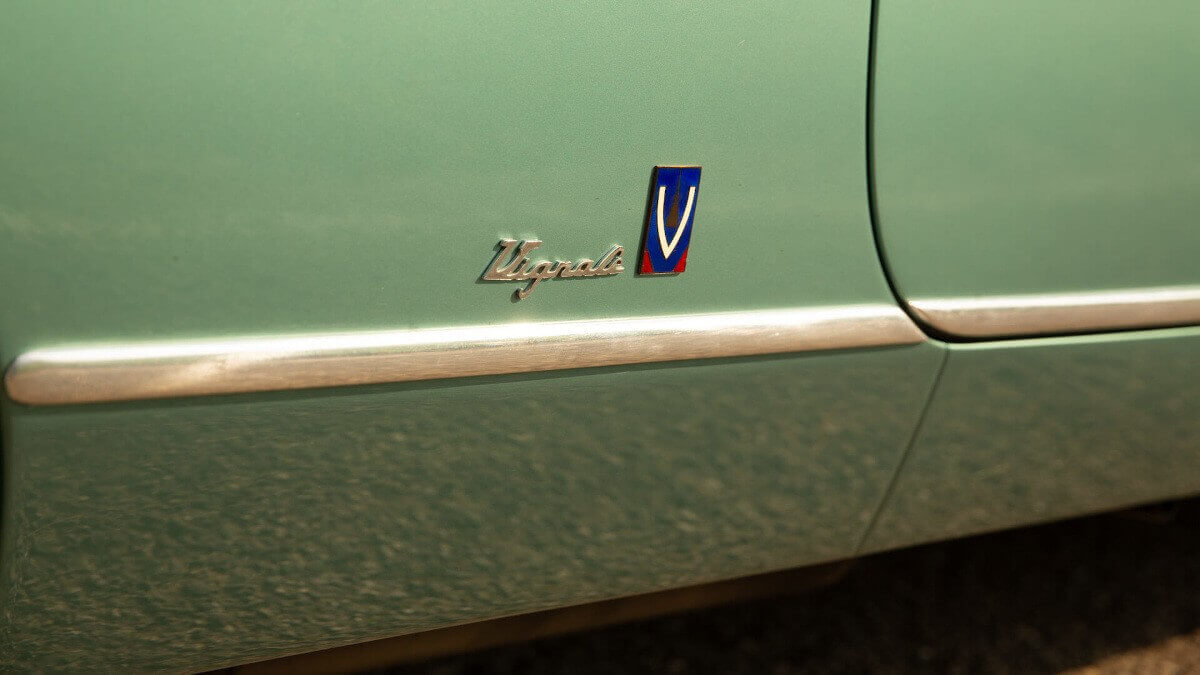 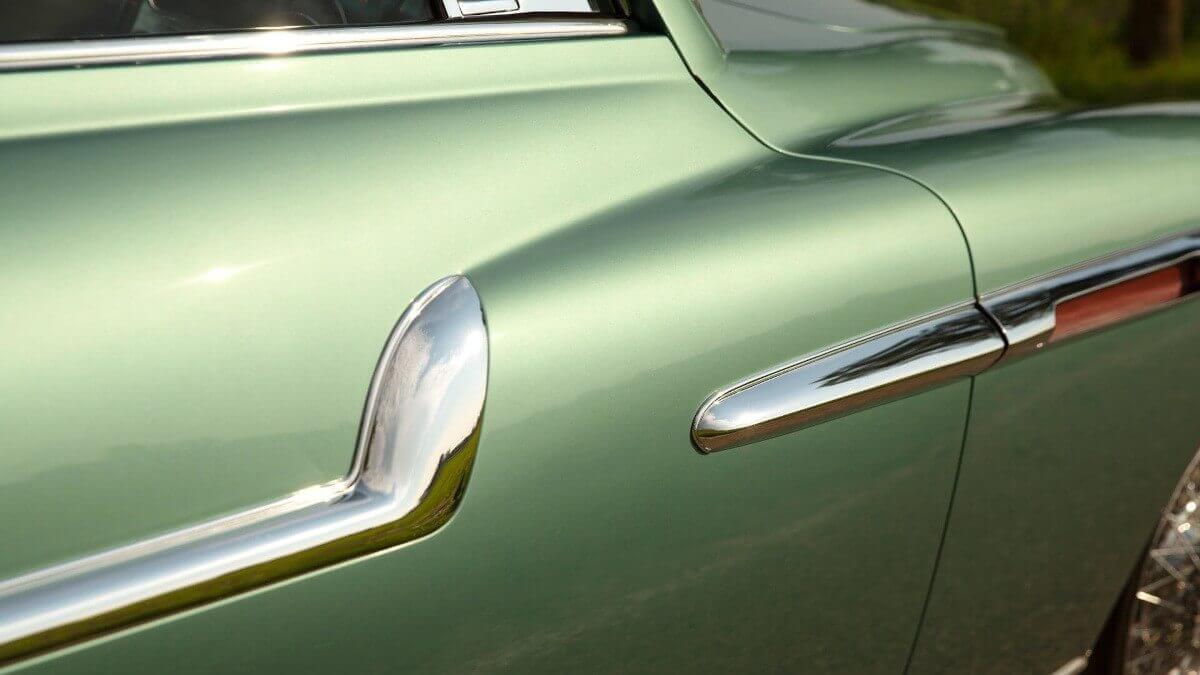 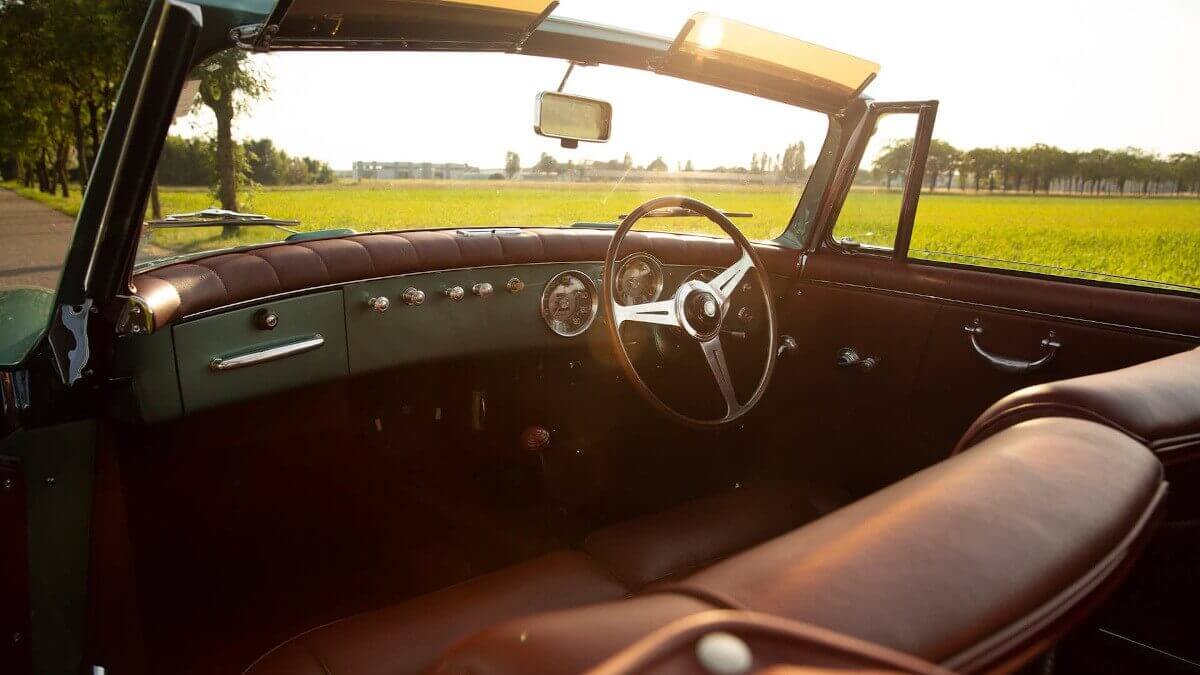 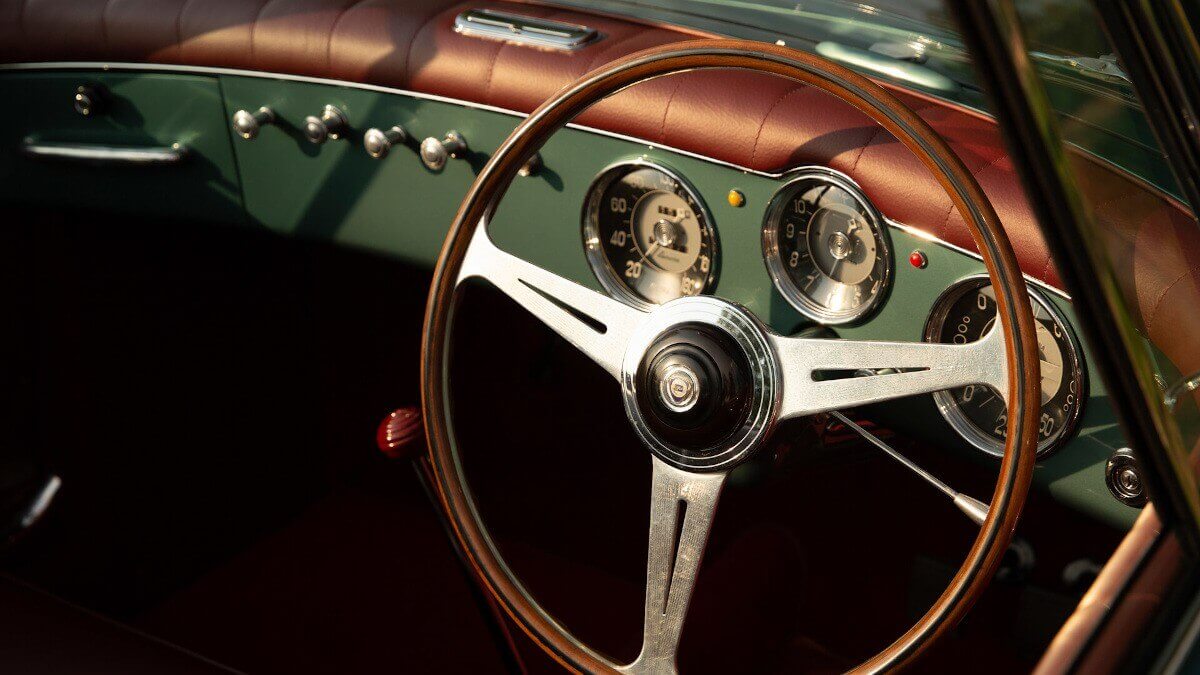 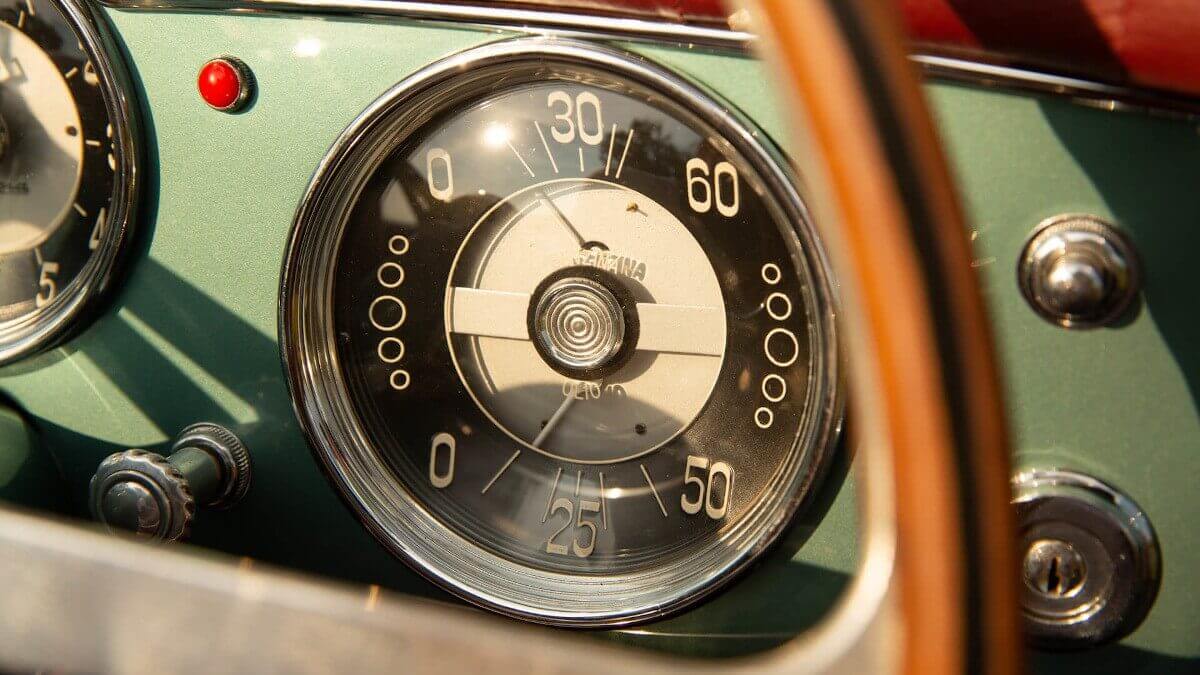 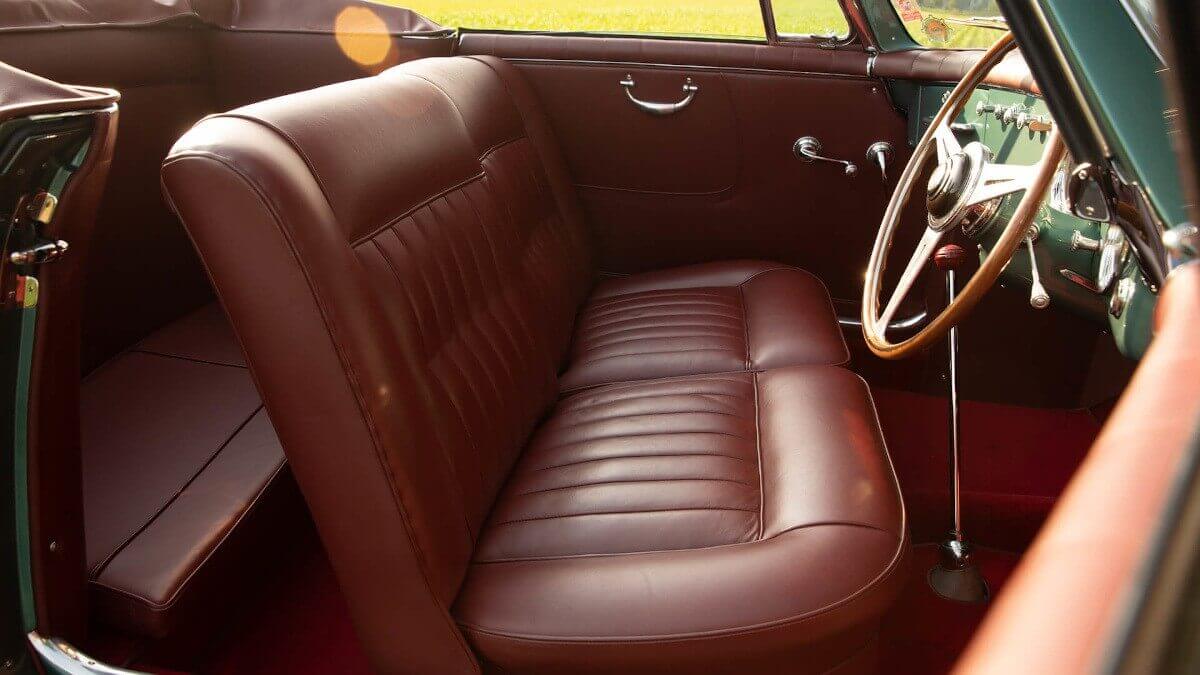 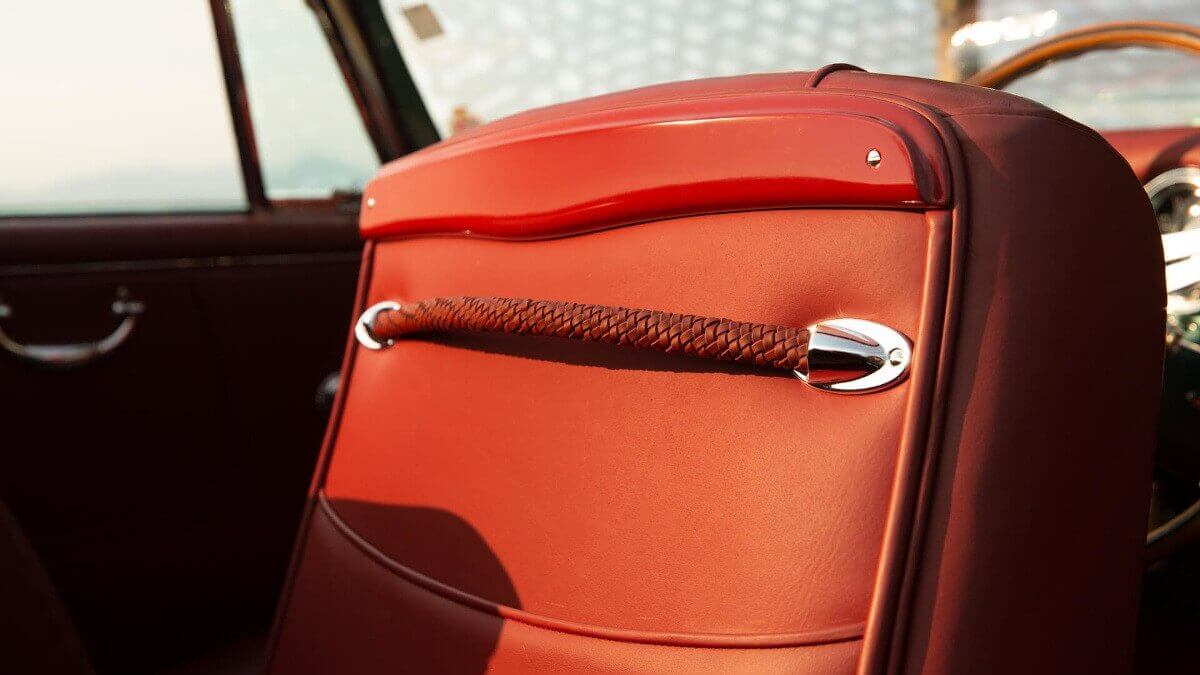 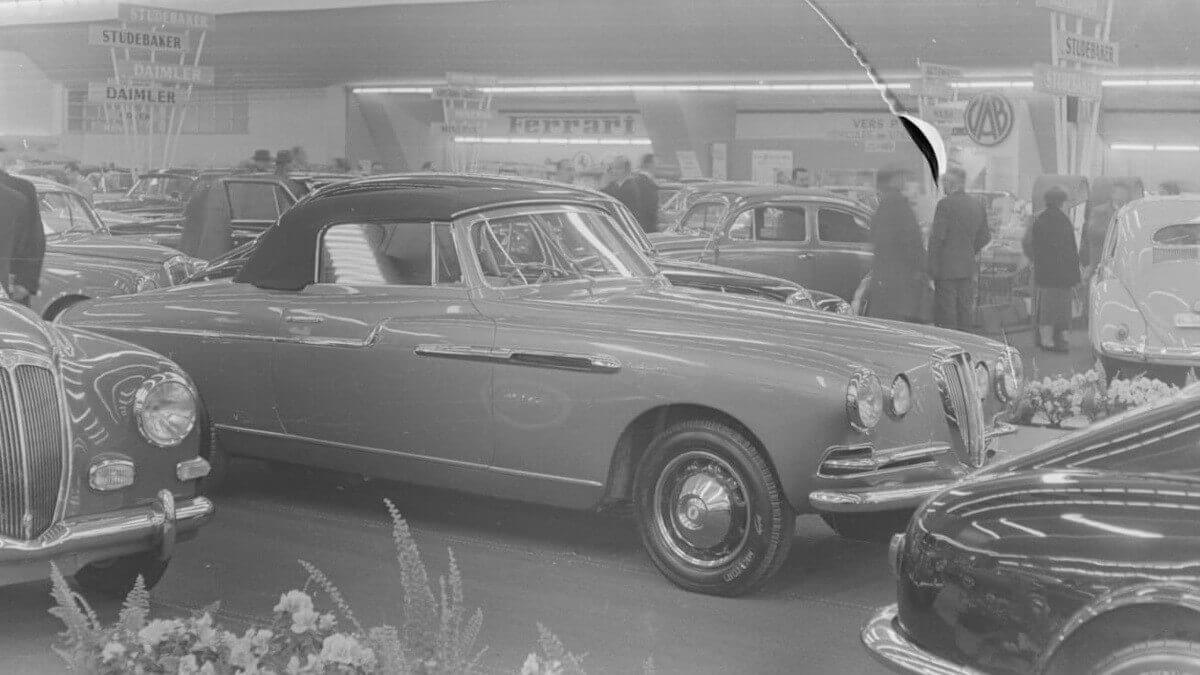 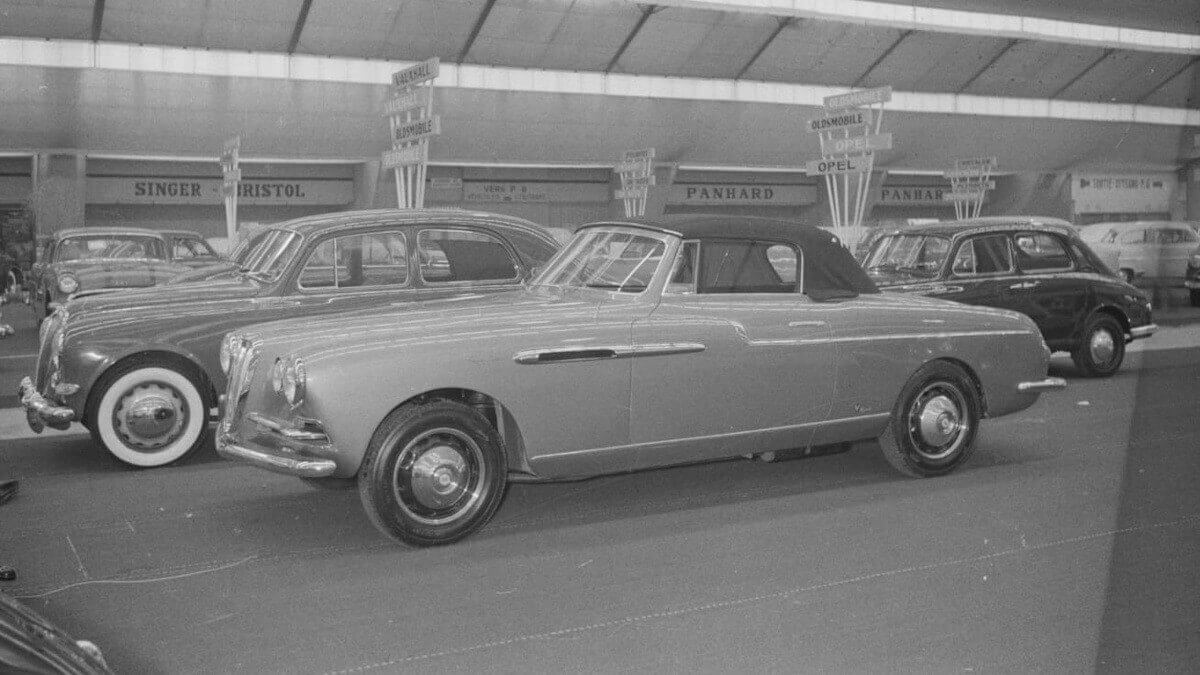 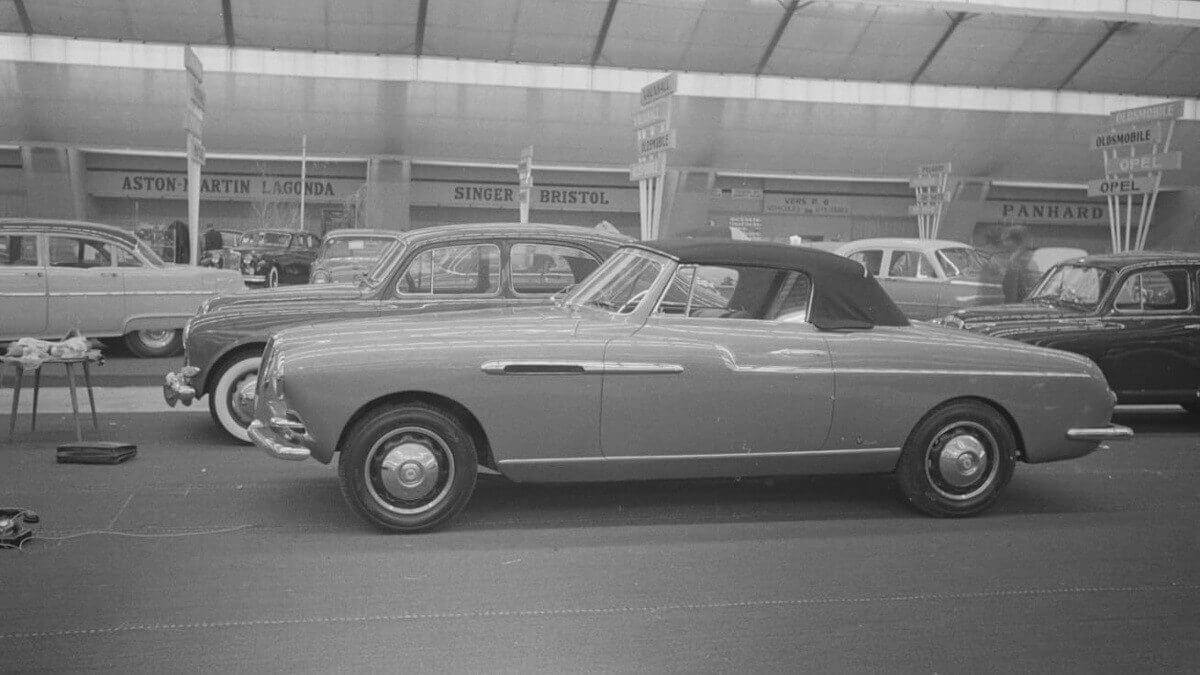 This Lancia Aurelia B52 remained in Belgian ownership until 2007. Afterwards an extensive restoration took place at Carrozzeria Quality Cars in Vignoza/Italy. The experts found a very original basis for their work, which included many of the unique Vignale components that would have had to be reproduced by hand using the few remaining pictures otherwise. Also in some hidden areas there were remnants of the original paintwork and the leather used by Vignale back in the days, which allowed them to match the color shades for the restored car.

In total, the restoration took about 2,450 hours of work, of which 2,000 were spent on the bodywork and the remaining 450 on overhauling the technical components. All the work was documented in more than 1,600 photographs. The finished car was then presented at the Concorso d’Eleganza at Villa d’Este 2016, where it took second place in the ‘The Golden Era of Sports Car Design’ class. Now the one-off car is for sale. The vehicle includes a FIVA car pass of category A/3 (restored classic car), an identity card of the ASI (Automotoclub Storico Italiano) and a Lancia Classiche certificate as well as original photos from the Brussels Motor Show 1955.