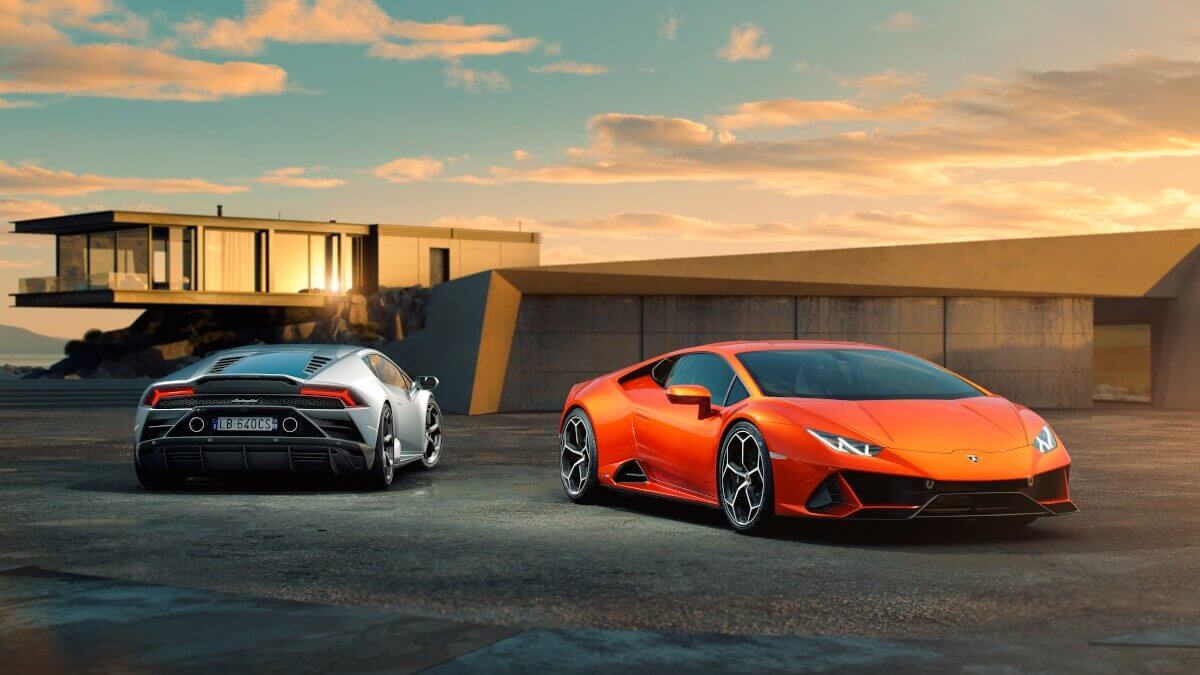 With the new Lamborghini Huracán Evo, the Italian sports car brand from Sant’Agata Bolognese is already presenting the first automobile highlight of the year 2019. The new model is much more than a usual facelift, with which a model series is refitted after a few years for the rest of its production cycle, before a successor is ready. Lamborghini is fundamentally revising its successful entry-level model in terms of technology, driving dynamics and equipment. The basis for the new Evo forms the Huracán Performante, which is the sportier version of the predecessor Huracán LP610, which was for some time the fastest street-legal vehicle on the legendary Nürburgring Nordschleife two years ago.

The Evo takes over the 640-hp V10 engine with 5.2 liters of displacement from the Performante. Notably, contrary to the general trend in this segment, this is still a high-revving, naturally aspirated engine, that reaches its peak performance at 8,000 revs per minute and is rated for speeds up to 8,700 revs per minute. True sports car enthusiasts will be pleased with this as well as with the performance datas specified by Lamborghini for the Huracán Evo. Also due to a very moderate dry weight of just 1,422 kilograms, the newest bull reaches 100 kph in just 2.9 seconds. 6.1 seconds later, it drives twice as fast and is able to reach a topspeed of 325 kph. Also from the sports model Performante comes the suspension with four-wheel steering, which the engineers in Sant’Agata Bolognese have additionally enhanced with the integrated vehicle dynamics control ‘Lamborghini Dinamica Veicolo Integrata’ (LDVI). This system processes all sensor-collected datas in real time to give the driver the best possible driving experience. 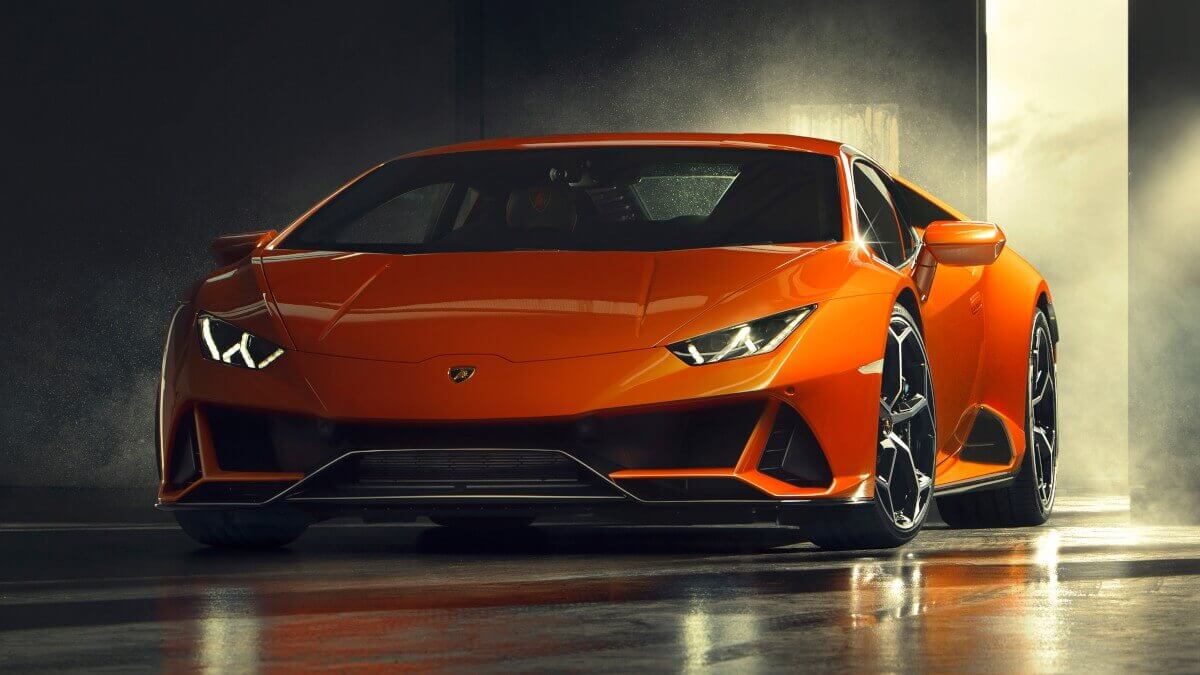 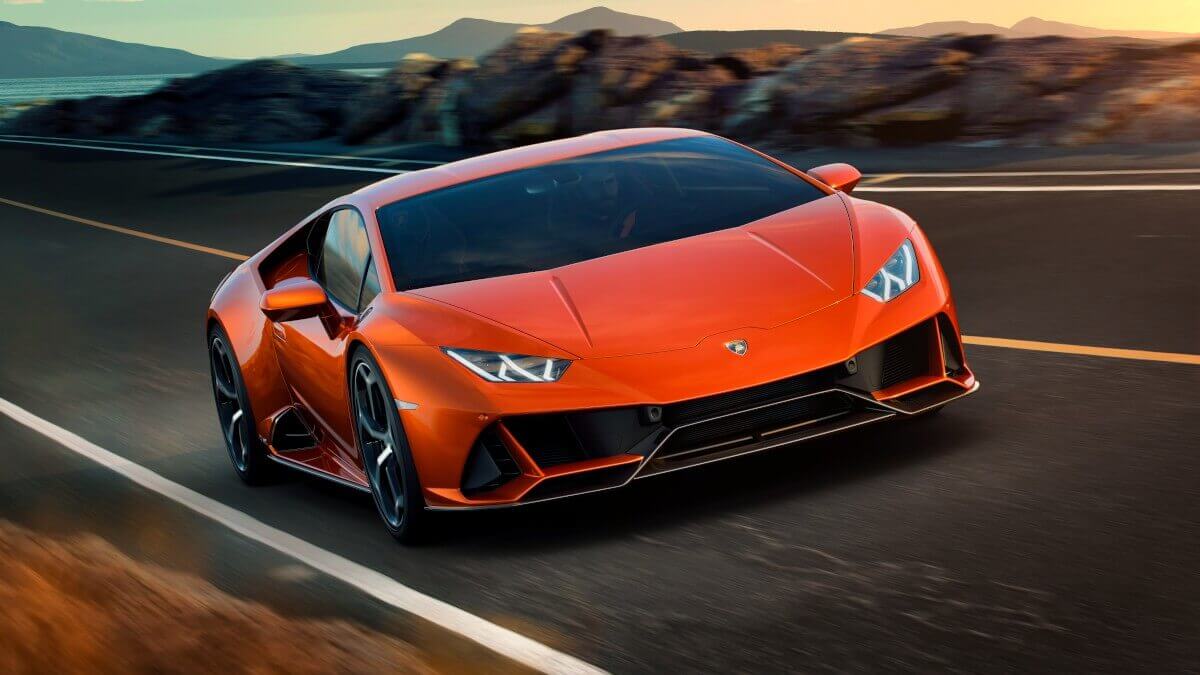 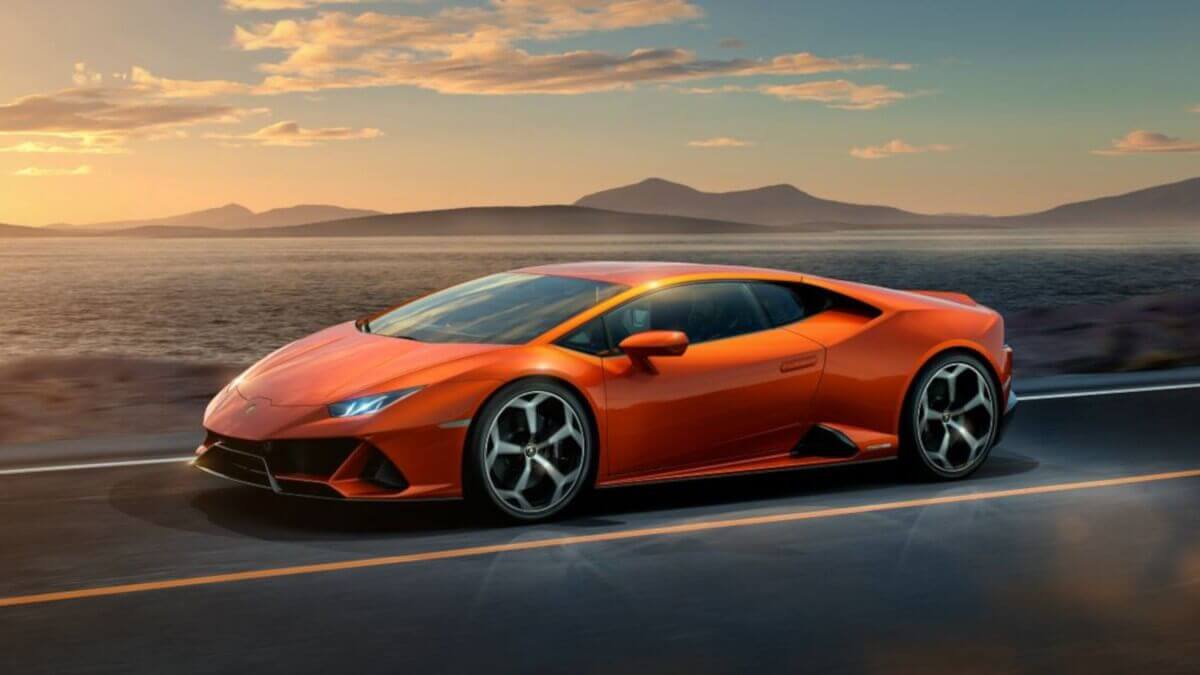 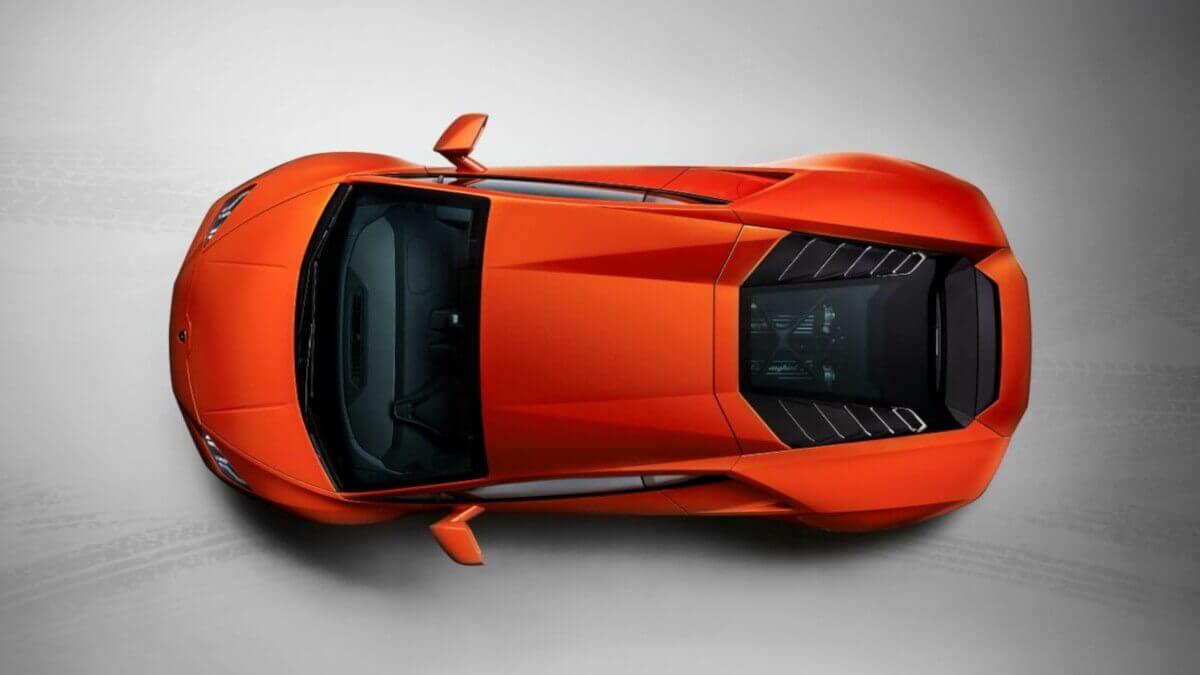 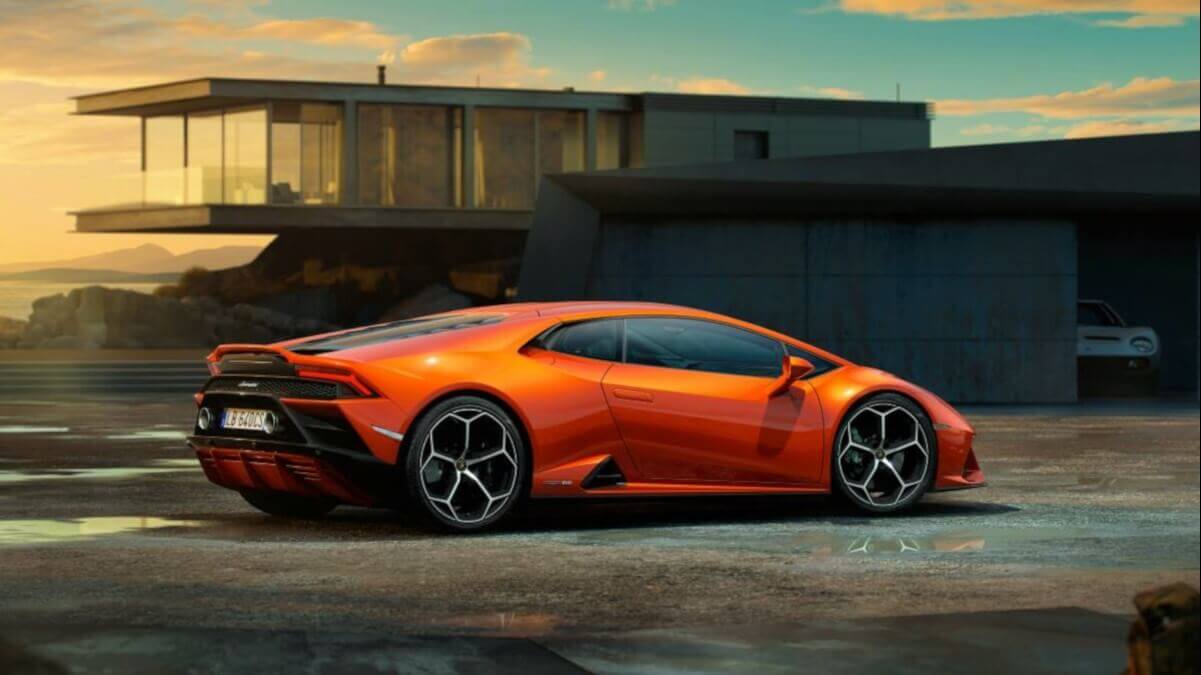 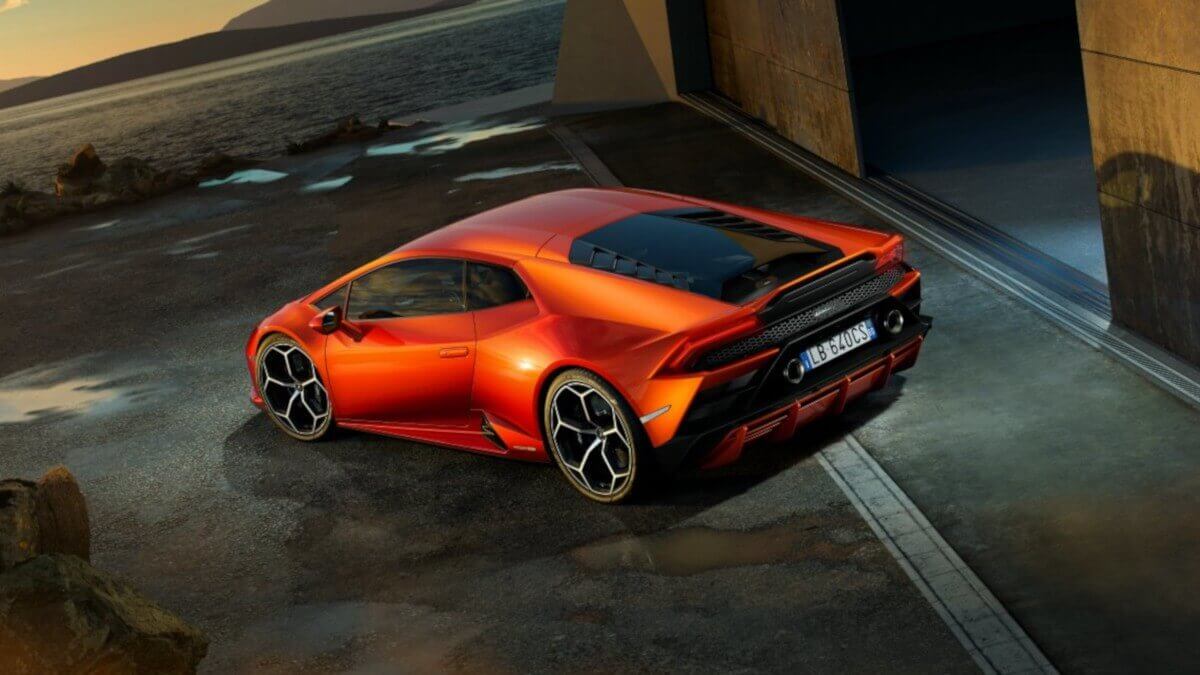 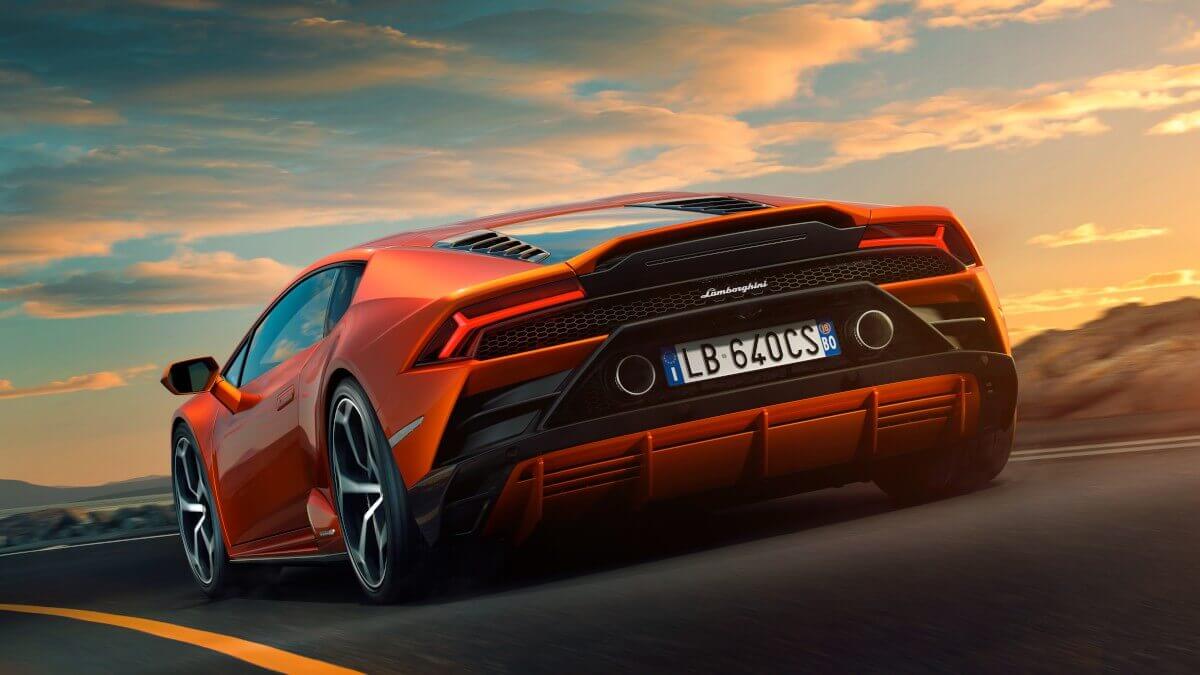 Visually, the Huracán Evo differs especially in the front and rear compared to its successful predecessor. While the designers have redesigned the Lamborghini-typical style element of the ‘Y’ and combined it with the stronger aggressiveness of the Performante to a strong appearance. The viewer will find special hints on the improved aerodynamics at the rear. Where the predecessor showed a horizontal line, the Evo indicates with a small central bump that the engineers dealt with the air flow very intensively. A new diffuser, painted in body color at the first press car in the pictures, reinforces this impression. However, the new model comes without the active aerodynamic system ALA, known from the rear wing of the Performante. Maybe interested customers have to wait for a new sports version of the Evo. But even without ALA, the Evo achieves a five times higher aerodynamic efficiency compared to its predecessor, thanks to a completely redesigned underfloor and the other components mentioned above.

The first time one steps into the new Huracán Evo, immediately the completely redesigned cockpit with an 8.4-inch HMI touchscreen display comes into view. This is used to control all important functions of the vehicle. In addition to controlling various settings such as seats, air conditioning and the real-time status of the LDVI system, it also gives access to all infotainment systems such as Apple CarPlay with smartphone connection. A multimedia system includes connected navigation and entertainment such as a web radio and a video player. The user interface supports commands via voice control and connects the driver with the Apple assistant Siri. For drivers with racetrack ambitions, Lamborghini for the first time offers an optional dual-camera telemetry system, which can be used via the touchscreen display and enables the professional recording and analysis of telemetry datas.

Meanwhile, of course, manufacturers in this segment have extensive customization options that enable the customers to design their very own car. At Lamborghini, this department is named ad personam and offers customers almost limitless personalization options from the production start of the Huracán Evo.

The new Lamborghini Huracán Evo is now available from 184,034 € plus taxes in Europe. First deliveries are scheduled for spring 2019.