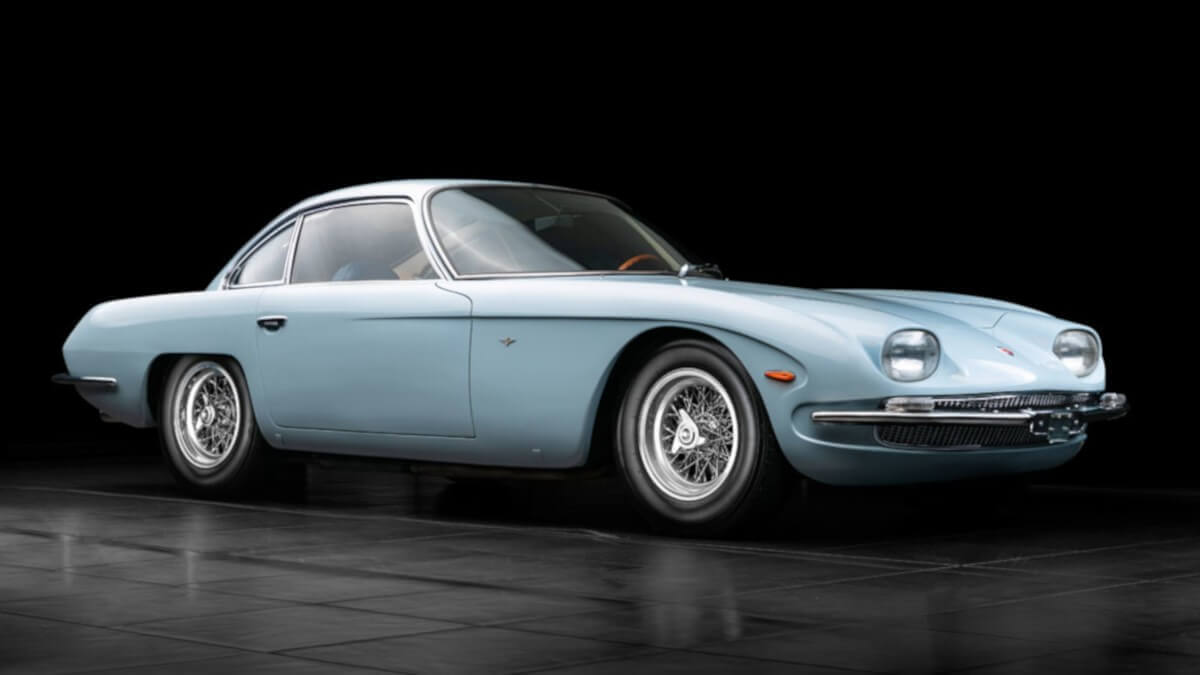 In October 1963 Lamborghini presented their first sports car, the 350 GTV, which was developed by independent engineers such as Giampaolo Dallara and Giotto Bizzarrini on behalf of the brand, as the new car factory including its development department in Sant’Agata was still under construction at that time. The design of the bodywork was done by Franco Scaglione, who had just become self-employed after his time at Bertone. Therefore, the 350 GTV wasn’t yet a driveable prototype, but only a concept car. However, the Lamborghini engineers and the designers of Touring quickly developed it into a production car and converted the Scaglione design a bit. The chassis development was the responsibility of Bob Wallace.

Already in March 1964, the new Lamborghini 350 GT debuted at the Geneva Motor Show. Compared to the original design, the more expensive and elaborate folding headlamps were eliminated in favor of oval lights from Hella, which were also used by NSU and Ford at the same time. Next to that, the roofline was shortened to accomodate a trunk lid below the rear window. Touring also used the famous Superleggera construction technique with aluminium sheets over a tubular frame instead of a steel body as used with the GTV. Under the hood, it still had the 3.5-liter V12 engine, which was just converted from dry sump to wet sump lubrication. Compared to Ferrari sports cars of the same era, this vehicle had five instead of just four gears, was more comfortable and faster. Inside, early examples featured an innovative 2+1 seating configuration with a centrally located rear seat. 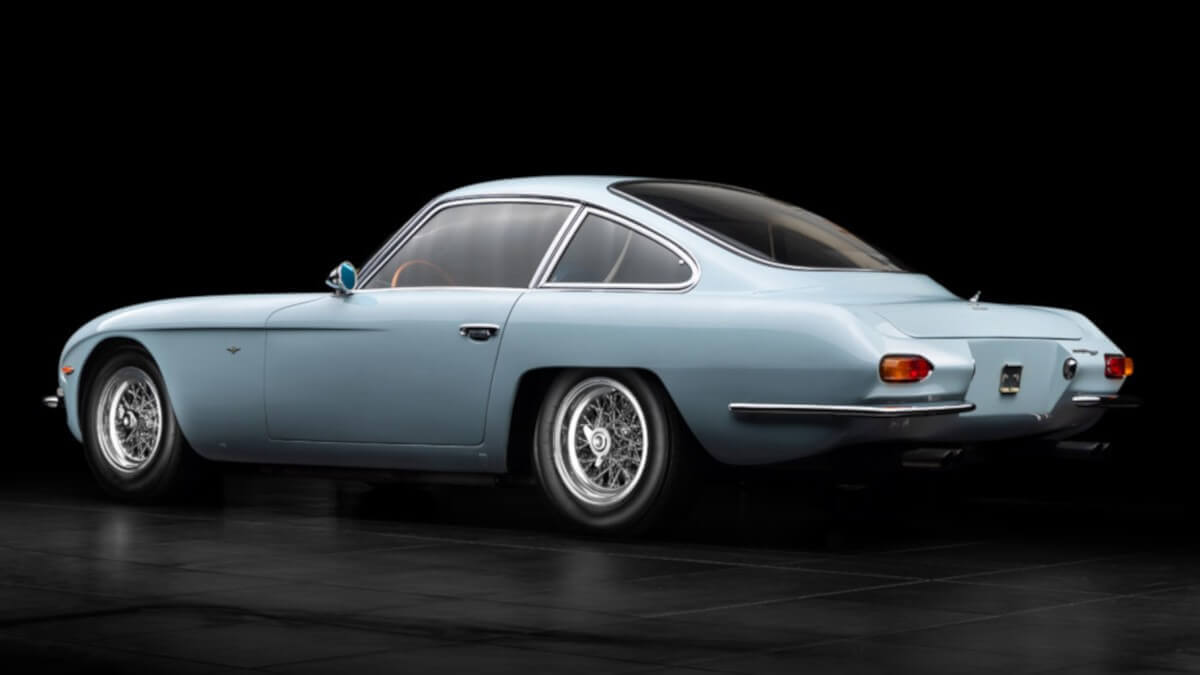 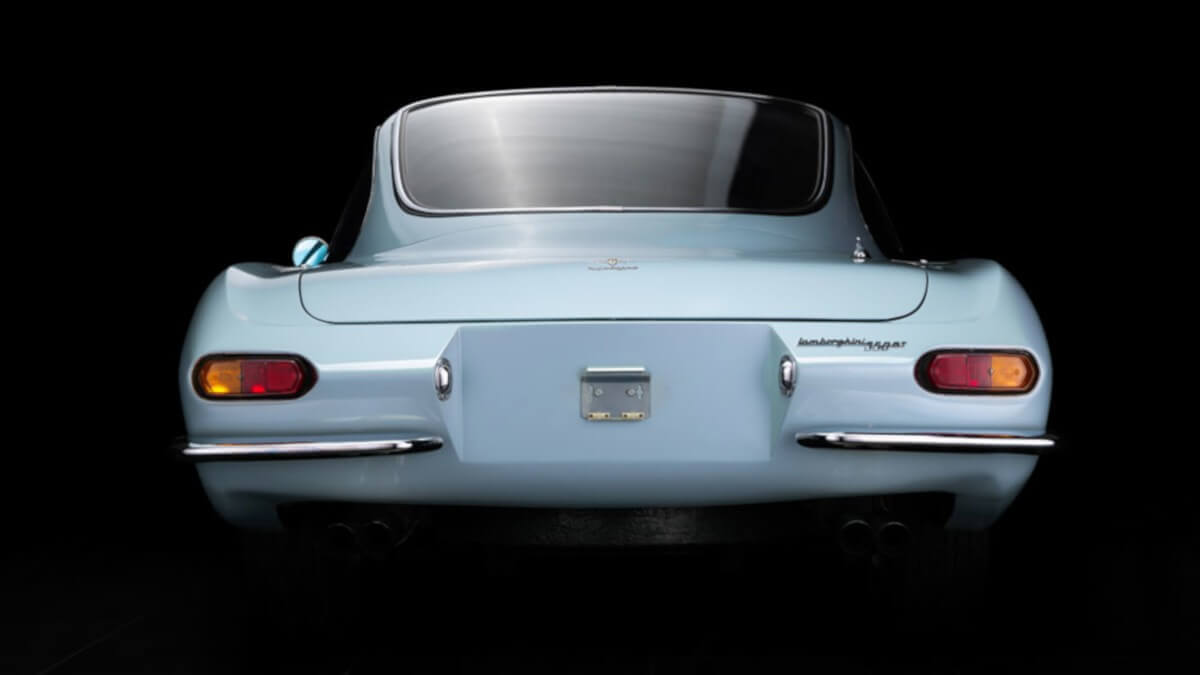 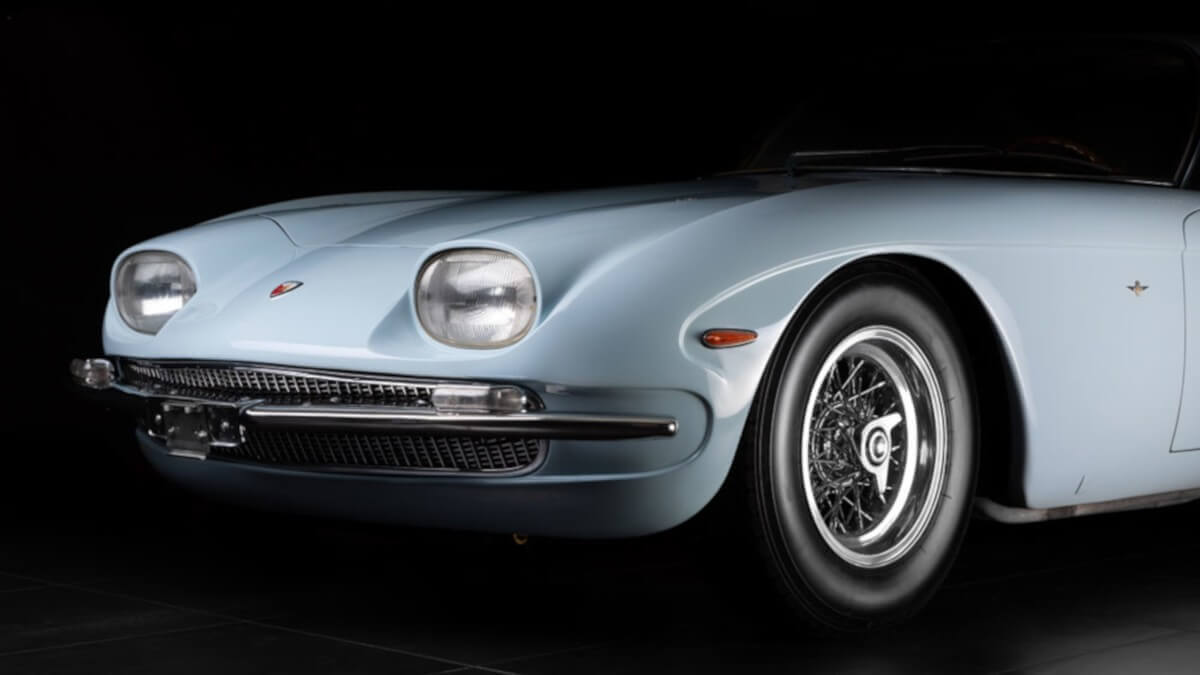 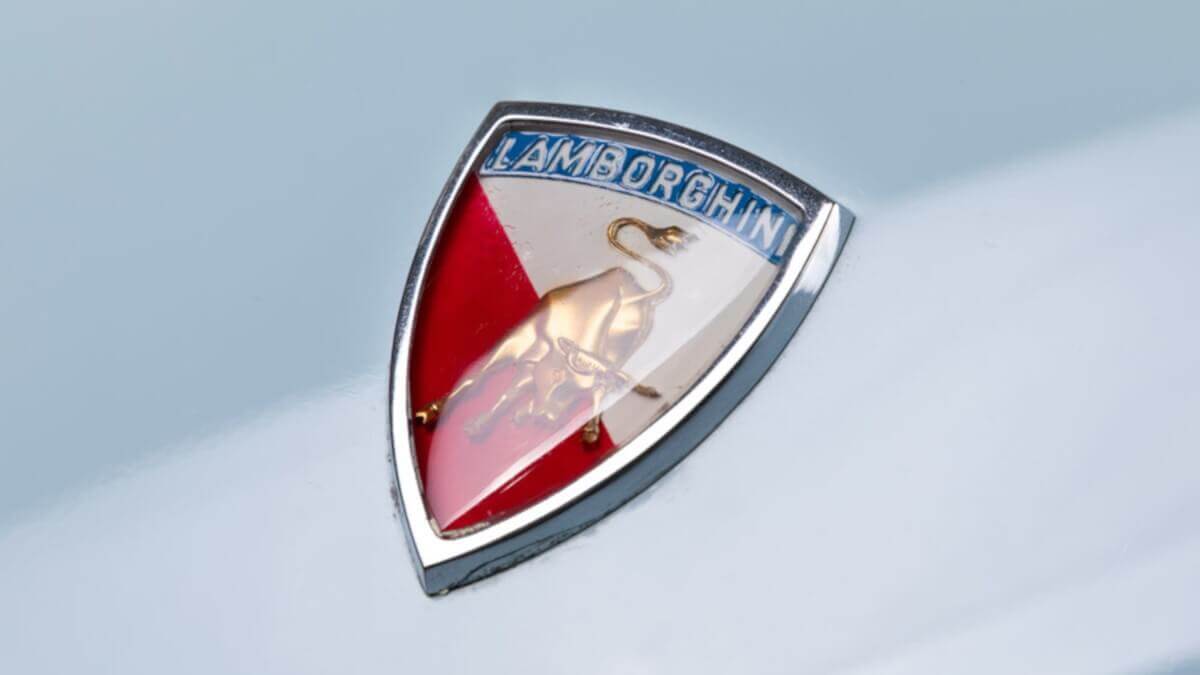 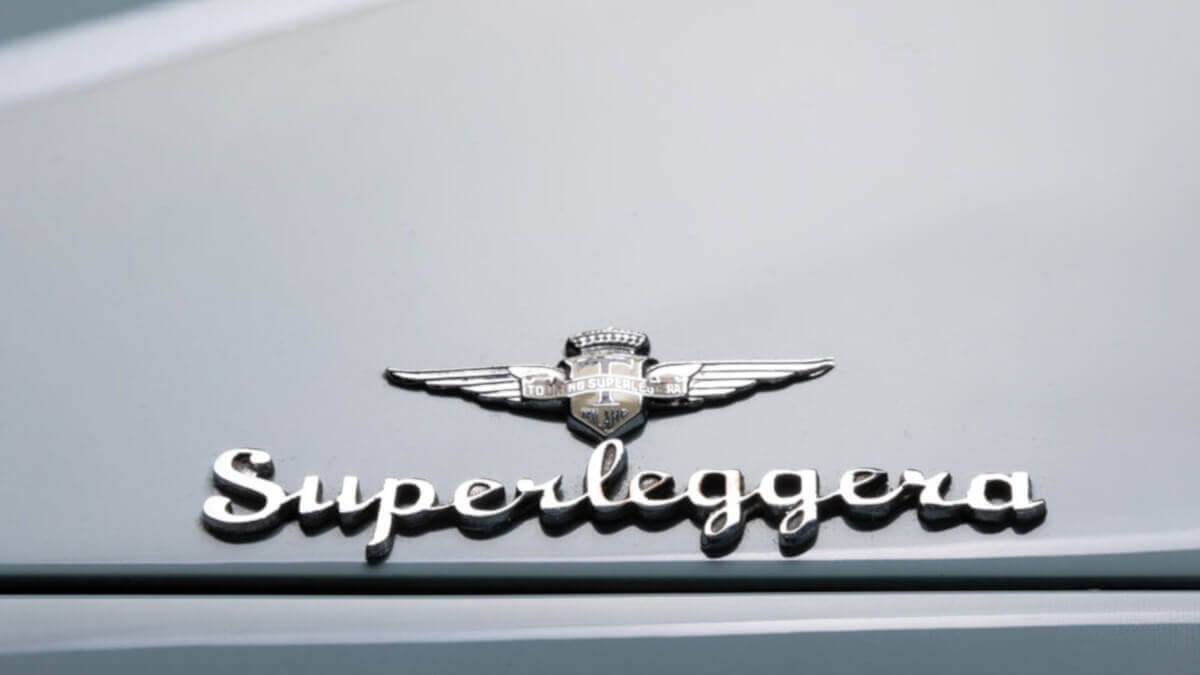 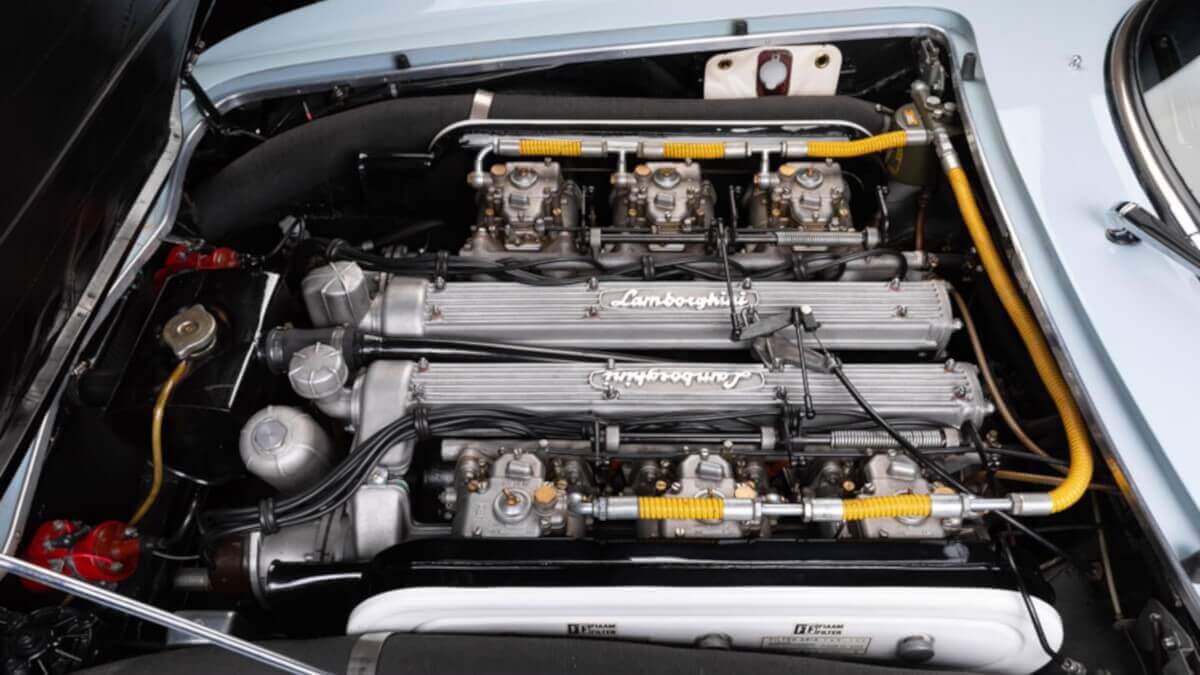 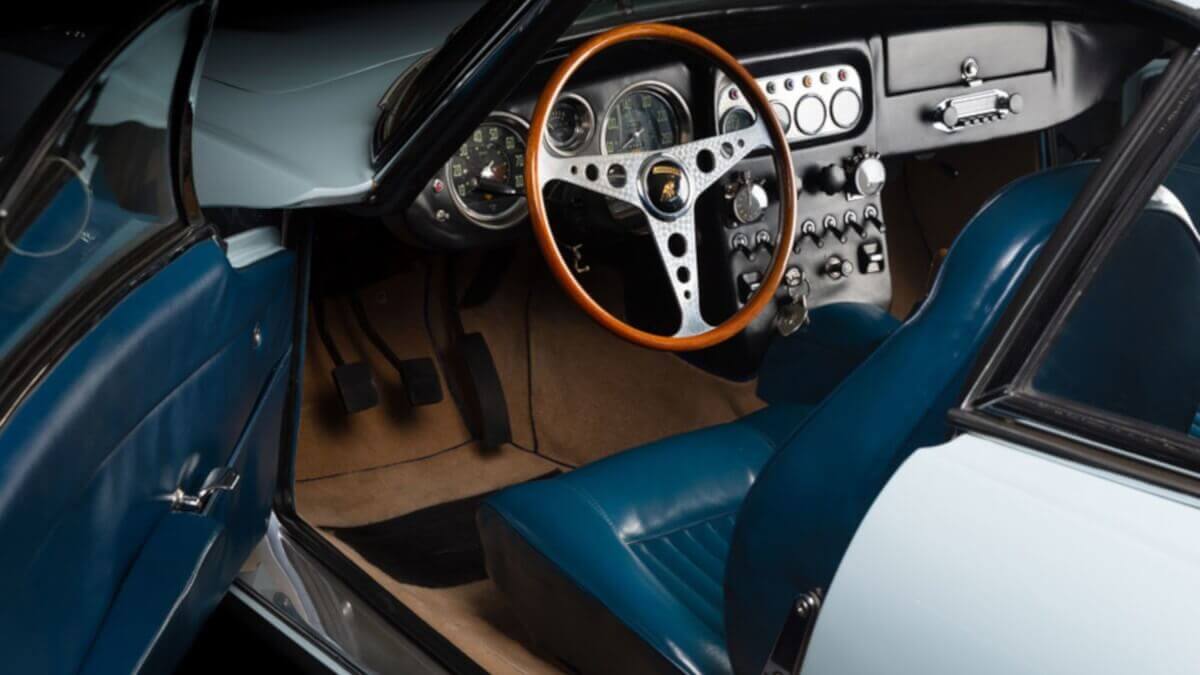 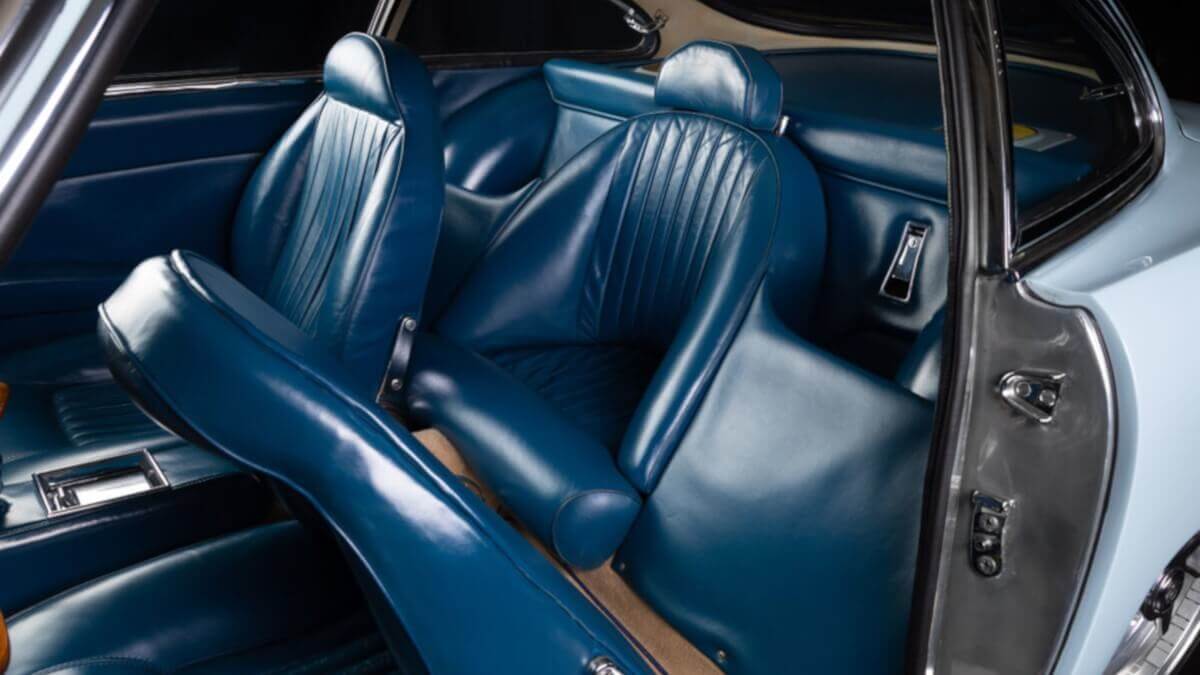 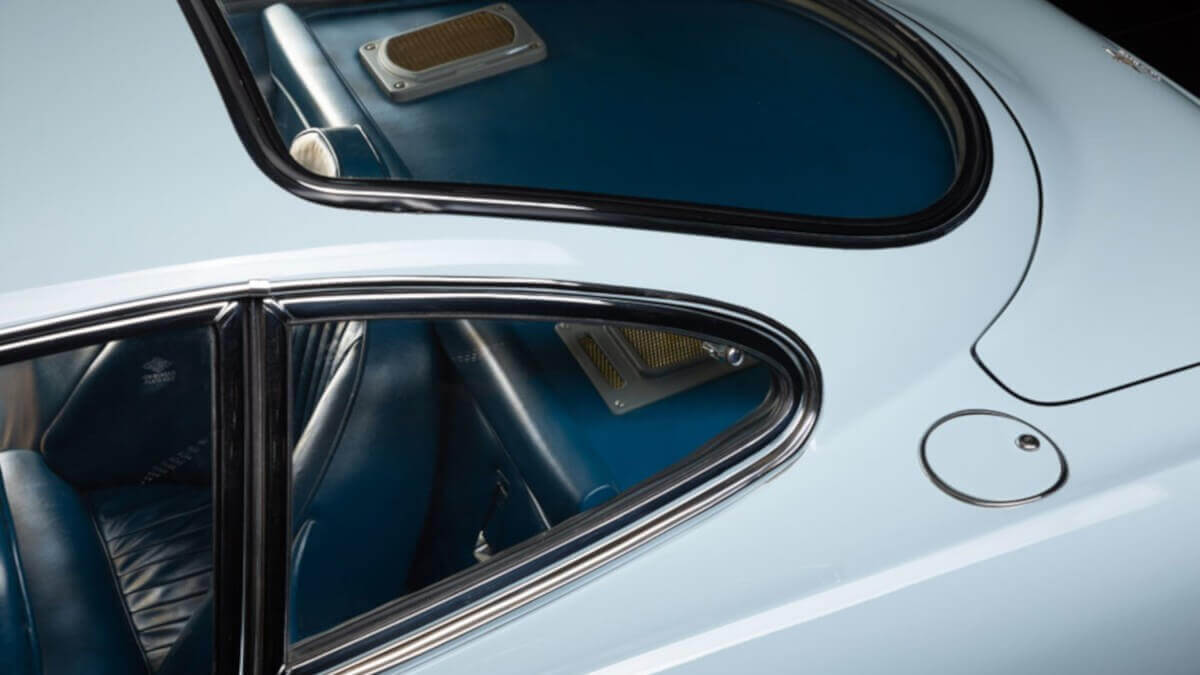 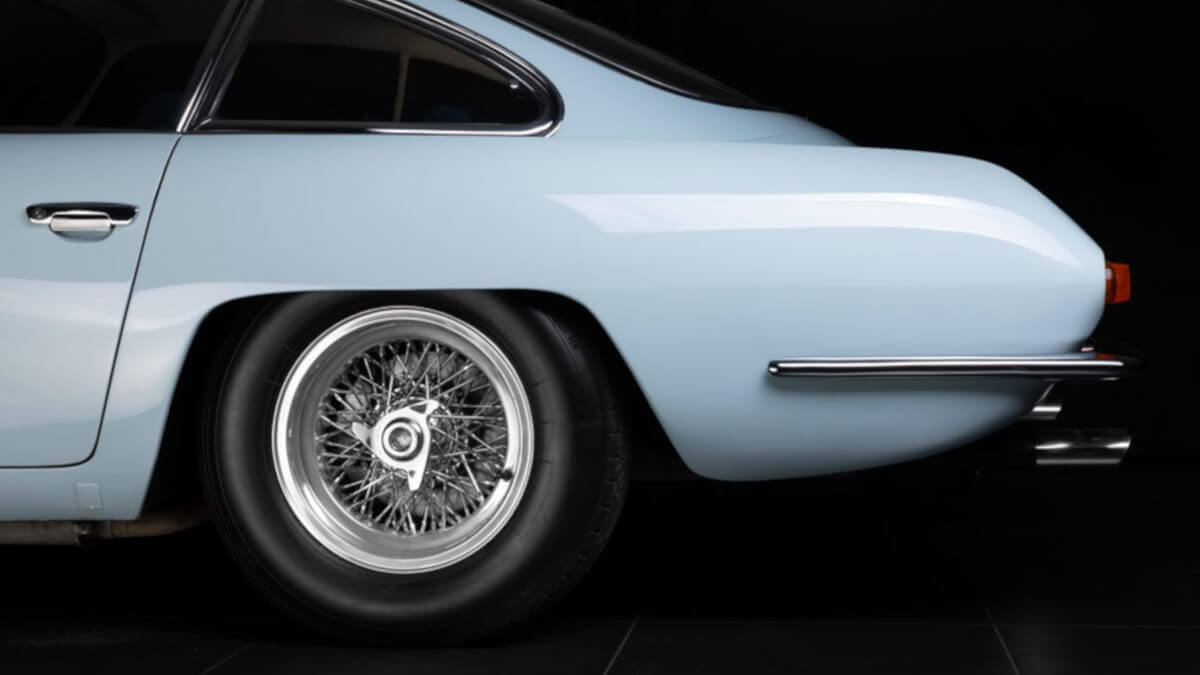 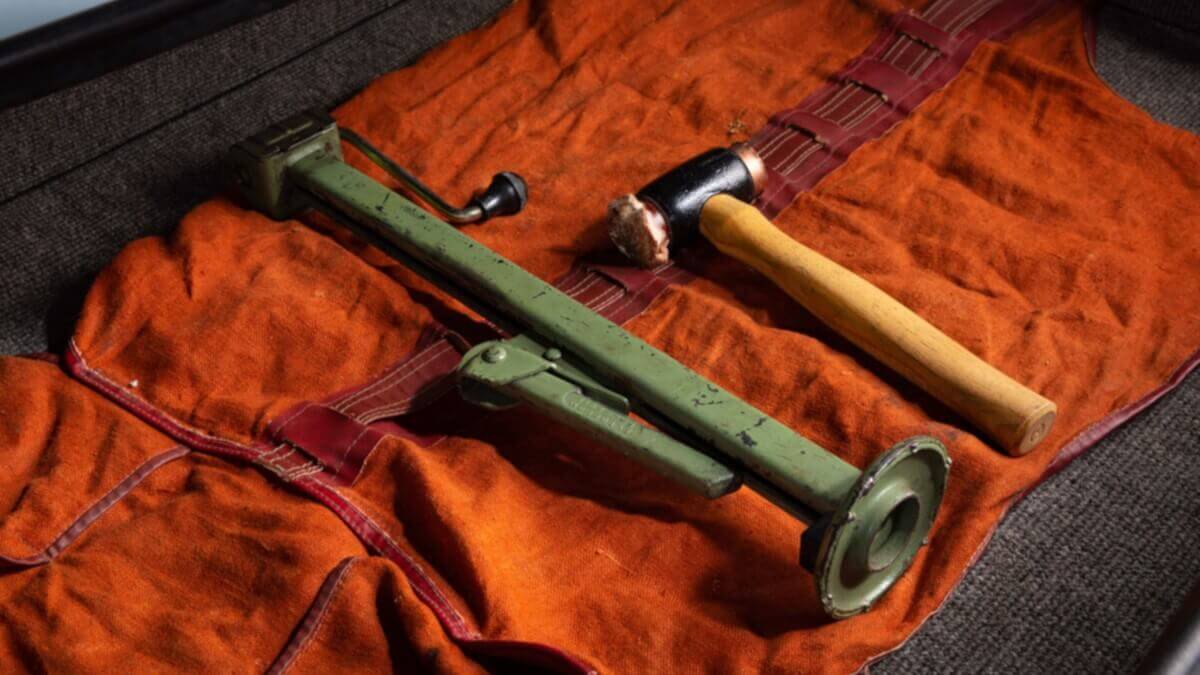 Very early 350 GT also received a red and white bull logo at the front instead of the well known badges in black and yellow, which are still used today. They came from the tractors, which were built by company founder Ferruccio Lamborghini previously and also in parallel to the sports cars. In 1964, only 13 copies were created, of which the presumably sixth-built vehicle with chassis number 0106 is currently offered by Simon Kidston. After its completion in August 1964, the car arrived a month later at the Lamborghini dealer in Geneva. From the outside the car shows the extraordinary paint ‘Azzurro Marmolada’, which is inspired by the Marmolada glacier in Trentino/Italy. Fittingly the interior is upholstered in blue leather.

After three owners in Switzerland, the car was repainted in mid-blue metallic, showed 45,028 kilometers of mileage and was bought by transport contractor Robert Kopp from Sutz in the canton of Bern, who kept this car for the following 34 years (from 1972 to 2006). He then sold it with a mileage of 58,835 kilometers to a Swiss collector, who sent it immediately to Como/Italy for restoration and a repaint to the original color. Subsequently, 0106 served as a reference vehicle for the restoration of the 350 GT with chassis number 0102 in the US, probably the oldest surviving production Lamborghini.