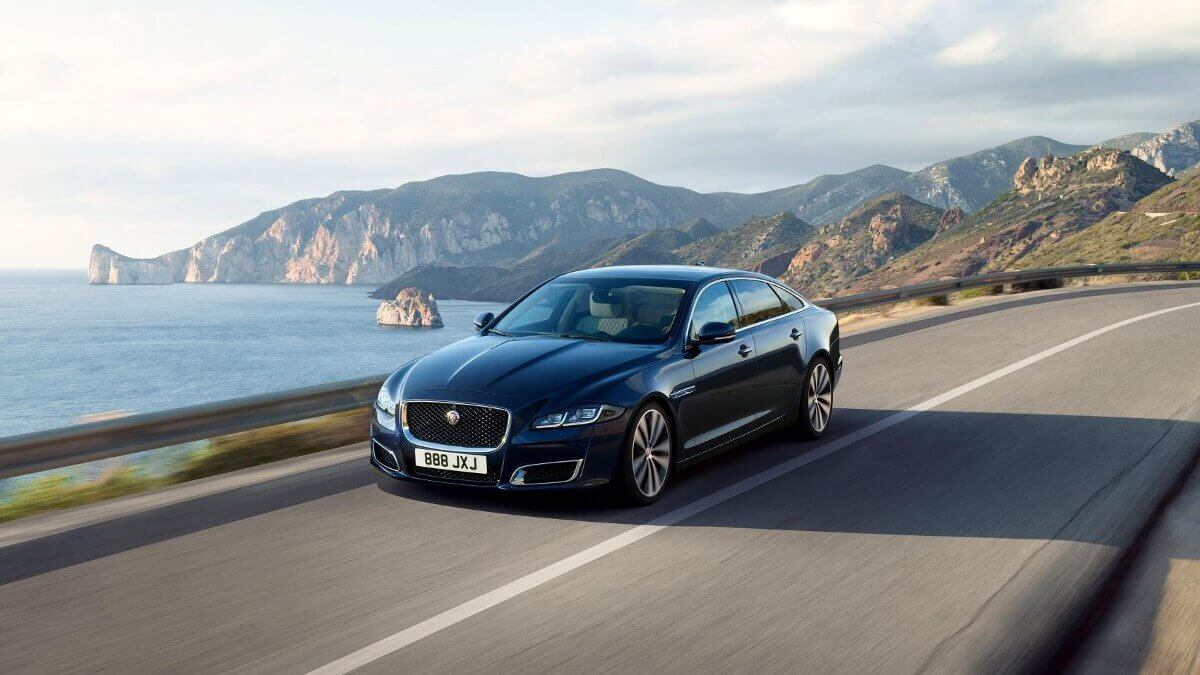 When Jaguar showed the first XJ at Paris Motorshow in September 1968, it founded its own class of sporty upper class sedans. Next to that the XJ12 was the first four-seater with a V12-engine which was sold in big numbers and the fastest four-seater of its time with a topspeed of 146 mph. Later versions with long wheelbase or a six-cylinder engine followed as well as a nice looking Coupé. Following model generations kept the looks with four round headlights until 1986. The design change with rectangular lights only stayed until 1994. Since 2009 Jaguar produces the current generation of the XJ with totally new design language not inspired by the predecessors but by smaller Jaguar models.

Just on time for the 50 Years Jubilee Jaguar shows the exclusive special edition XJ50. It takes the front bumper with black grille from XJ Portfolio and black painted, diamond cut alloy wheels with five-spoke design in 20 inch from XJ R-Sport. New ‘XJ50’ badges can be found at side airvents and at the rear. Customers can choose between four paintworks: ‘Loire Blue’, ‘Rosello Red’, ‘Fuji White’ and ‘Santorini Black’. 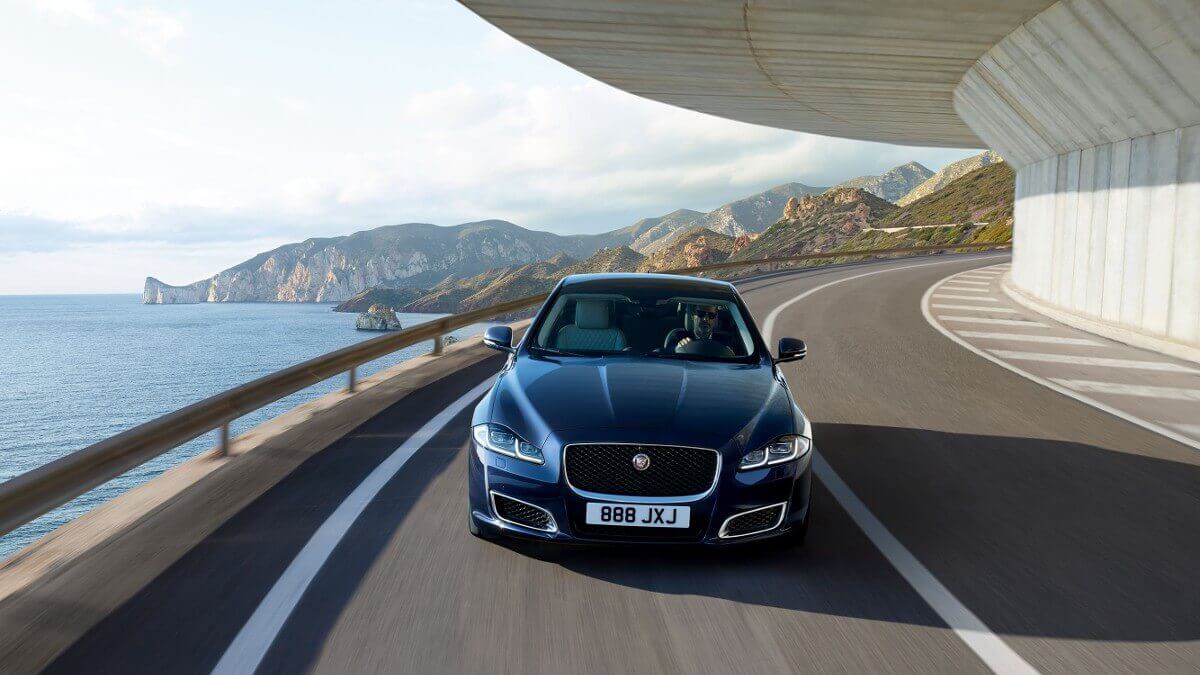 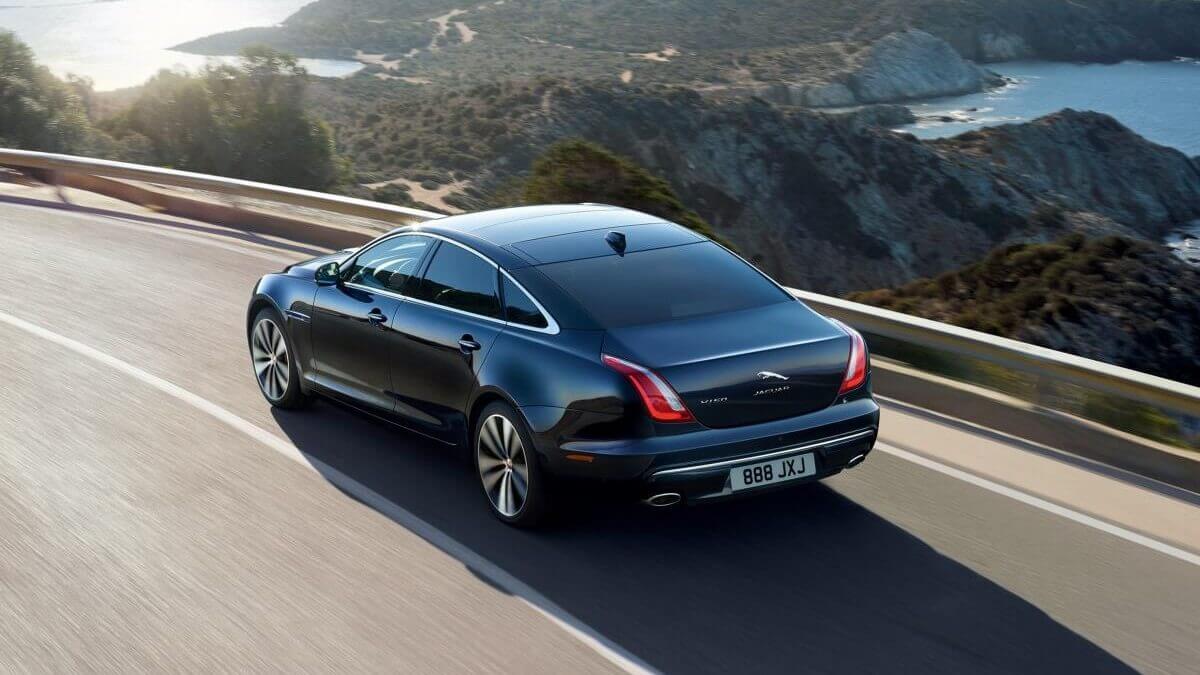 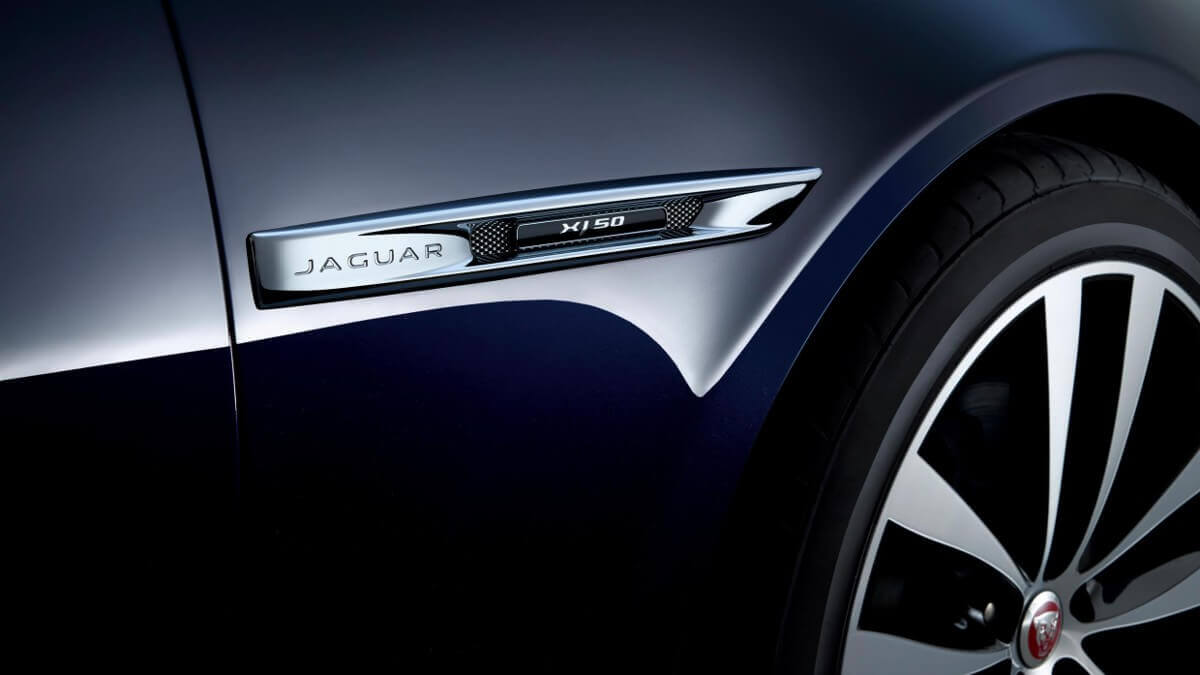 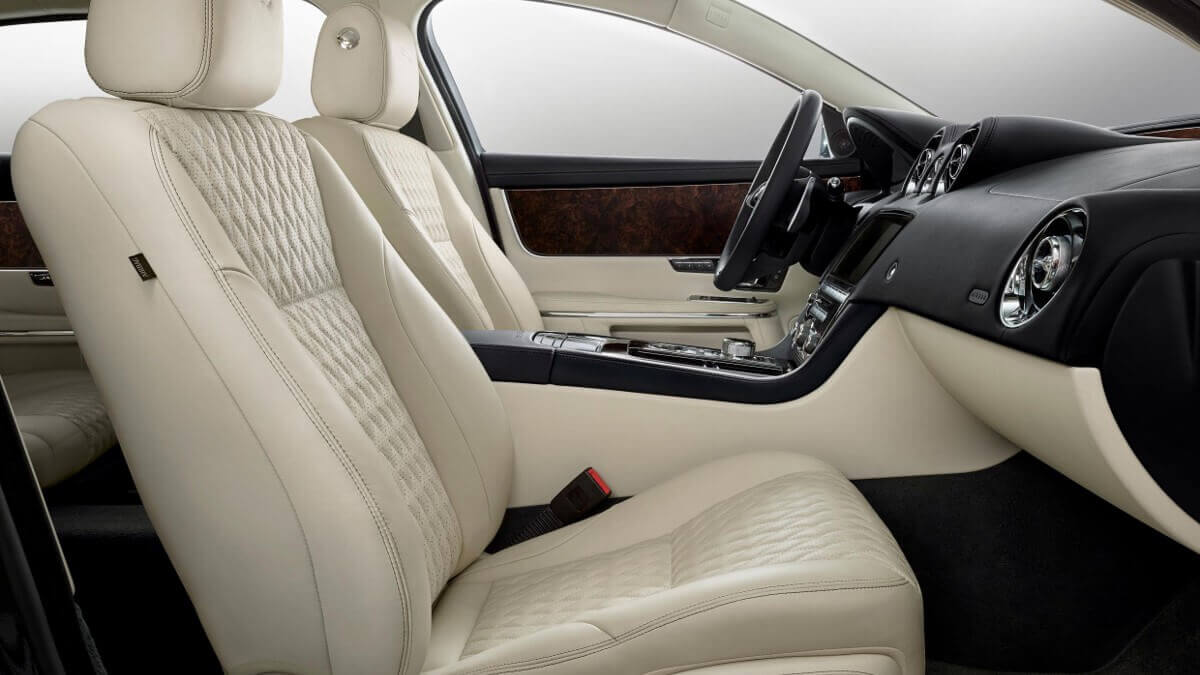 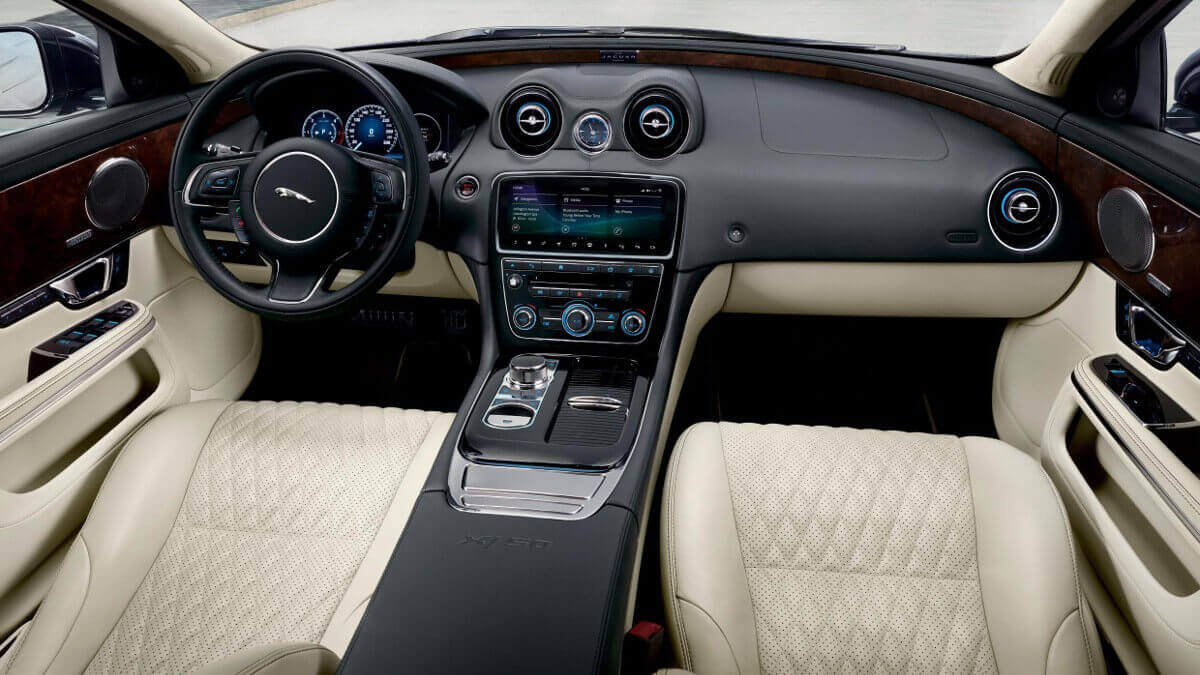 For the fine softgrain leather on seats, dashboard and door cards customers have the choice between ‘Ebony’ and ‘Ivory’. Seat inlets show diamond-shaped quiltings while the headrests show the leaping Jaguar. Hints to the special edition can be found at the embossed ‘XJ50’ logo on middle armrest, the ‘XJ50’ logos on the illuminated sill plates and the ‘XJ50 – Jaguar – Coventry’ badge at ‘Riva Hoop’, the wooden frame between dashboard and windshield. Standard equipment shows silver accents at Drive Selector, aluminium paddles behind the steering wheel, stainless-steel pedals, a four-zone air conditioner, electrical seats with heating, cooling and massage function as well as adaptive LED headlights.

First examples of the XJ50 will arrive at Jaguar dealers within this summer. Prices start at 74,280 GBP in Great Britain. Only engine available is the turbo diesel with 221 kW/300 PS from three litres displacement.