In the middle of the economic miracle, small cars rolled out of the most diverse corners of Germany, which were affordable for a large part of the population. Quite a few of them were also available in commercial vehicle versions. This resulted in the VW Beetle and the BMW Isetta with flatbed bodies, but also the first fully-fledged vans such as the Volkswagen T1 or our current theme vehicle. It was based entirely on a small car, but optically only took over the lights and some small details. Actually, it took the small Goggomobil from the company of Hans Glas in Dingolfing/Germany as its technical basis. This meant that one small disadvantage was clear from the start: the loading space was reduced around the engine compartment. The development team also decided to do without more than two doors on the sides due to the small wheelbase of 1.8 meters. Instead, these were deliberately designed as sliding doors so that the small van could be used without any problems in narrow alleys and parking spaces. At the rear there was a double door. Alternatively, there was also a version with driver’s cab and open flatbed with or without tarpaulin cover.

The Goggomobil TL made its debut at the IFMA in 1956 and soon attracted great interest from the Deutsche Bundespost (German Federal Post Office). This company alone purchased around 2,000 units for postal and parcel delivery until 1965. As the total production was only 3,667 TLs, the order of the Post Office was undoubtedly the biggest. However, the version with an open loading area often was sold to local authorities for street cleaning or as snow clearing vehicles. The remaining cars went mainly to small companies in Western Europe, but were also officially offered in the USA via the company Continental Car Combine. As with the normal Goggomobil, there was a choice of three engines in all markets (although mostly the biggest one was delivered to the USA). The TL-250 was available with 9.9 kW/13.6 hp and 21 newtonmeters from a quarter liter cubic capacity. The TL-300 had 11 kW/15 hp and 23 newtonmeters from 296 cc and the TL-400 even 13.5 kW/18.5 hp and 32 newtonmeters of torque from 395 cc. This performance met with an kerb weight of only 460 kilograms in the small transporter and at the same time enabled a payload of 440 kilograms. An unsynchronized four-speed gearbox was available for power transmission. Glas specified an official topspeed of between 65 kph (40 mph, TL-250) and 75 kph (46.6 mph, TL-400). 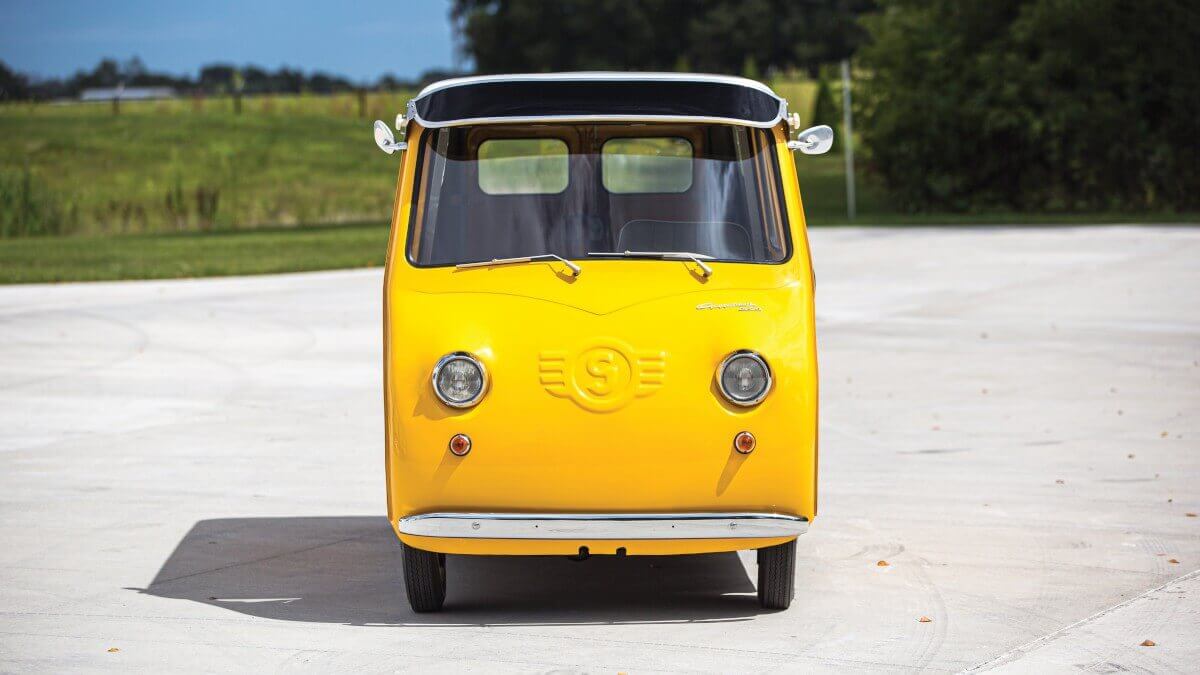 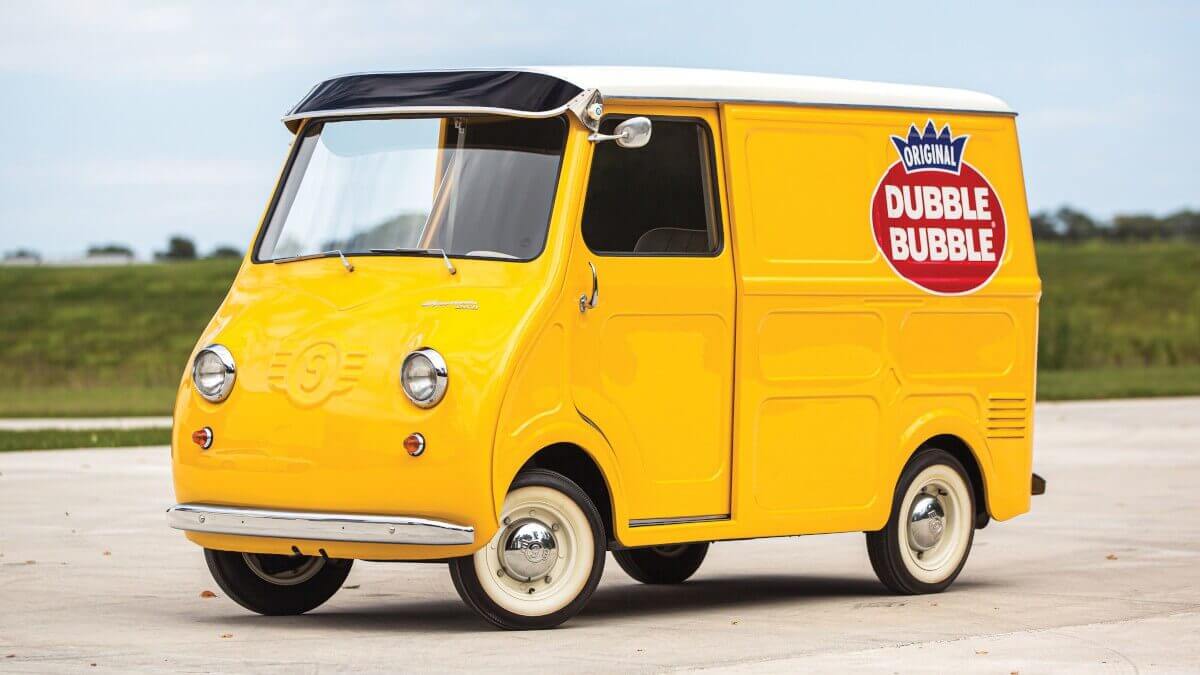 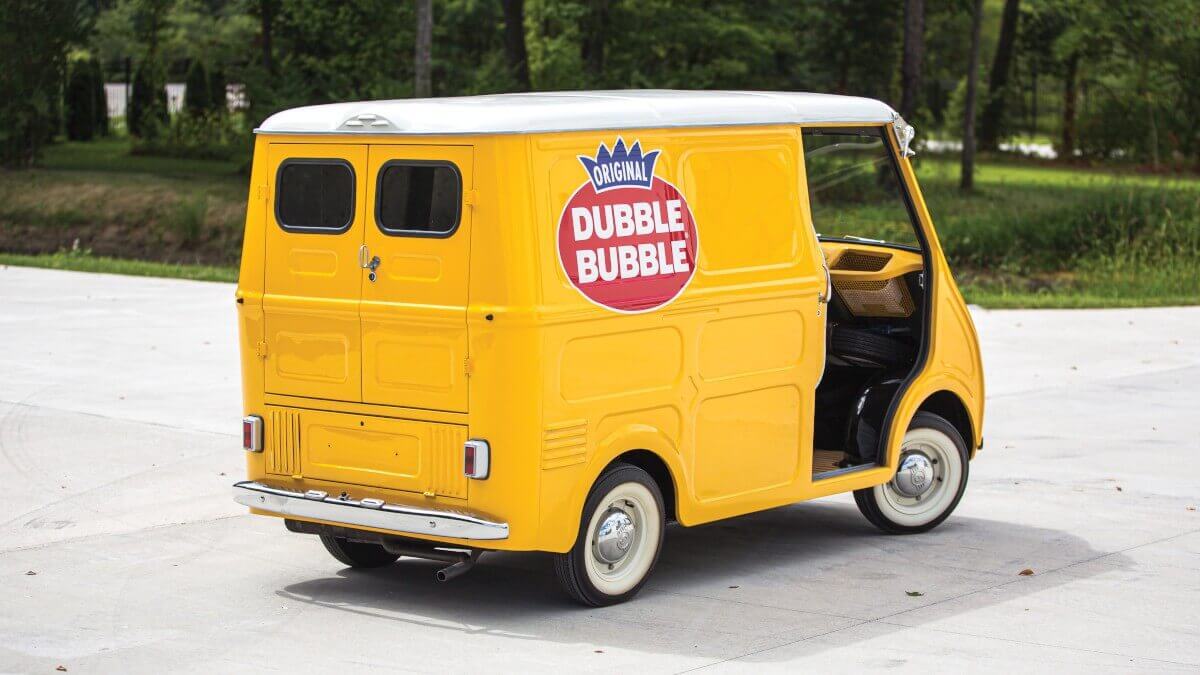 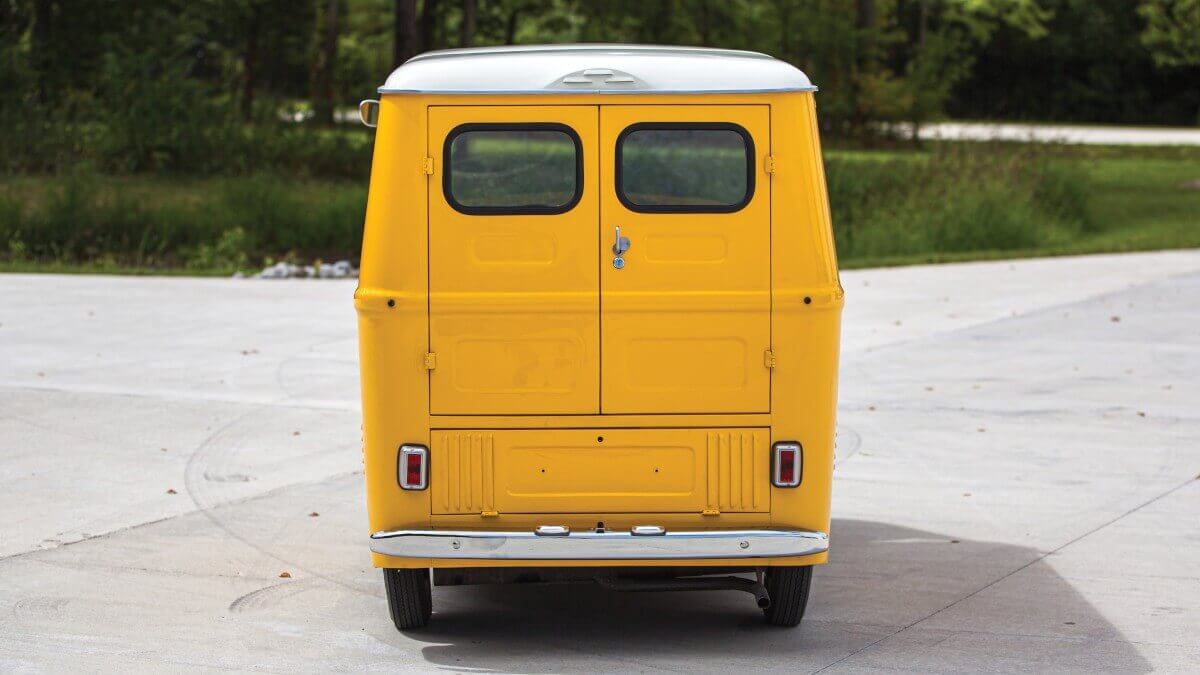 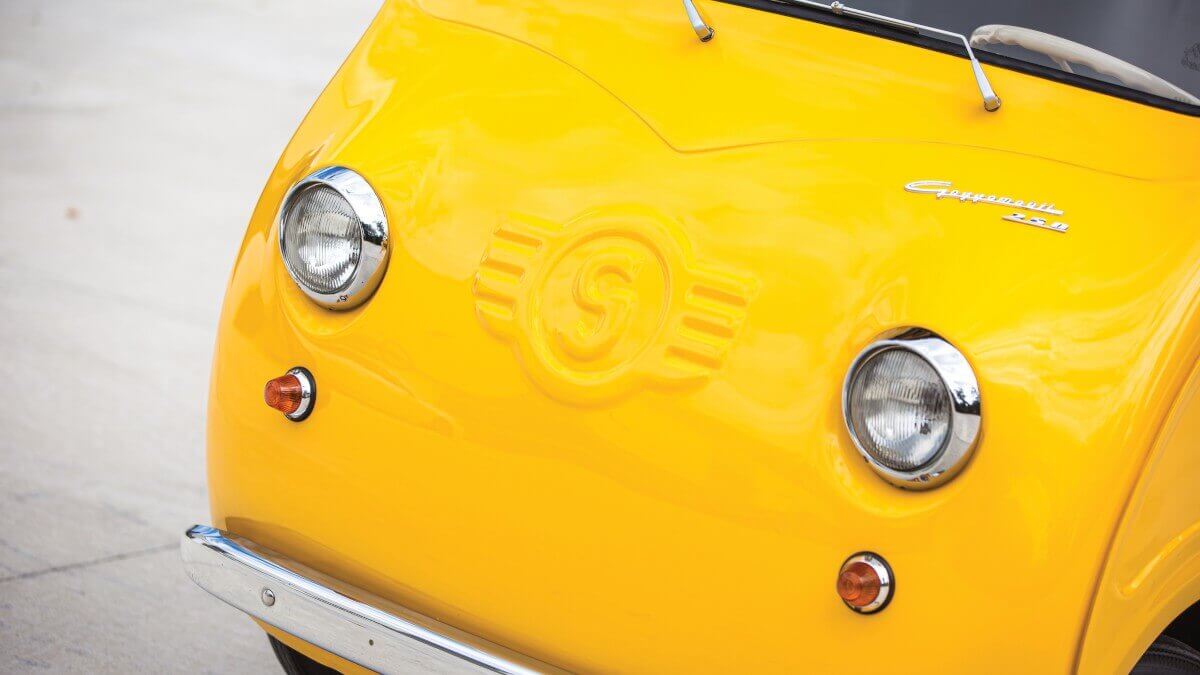 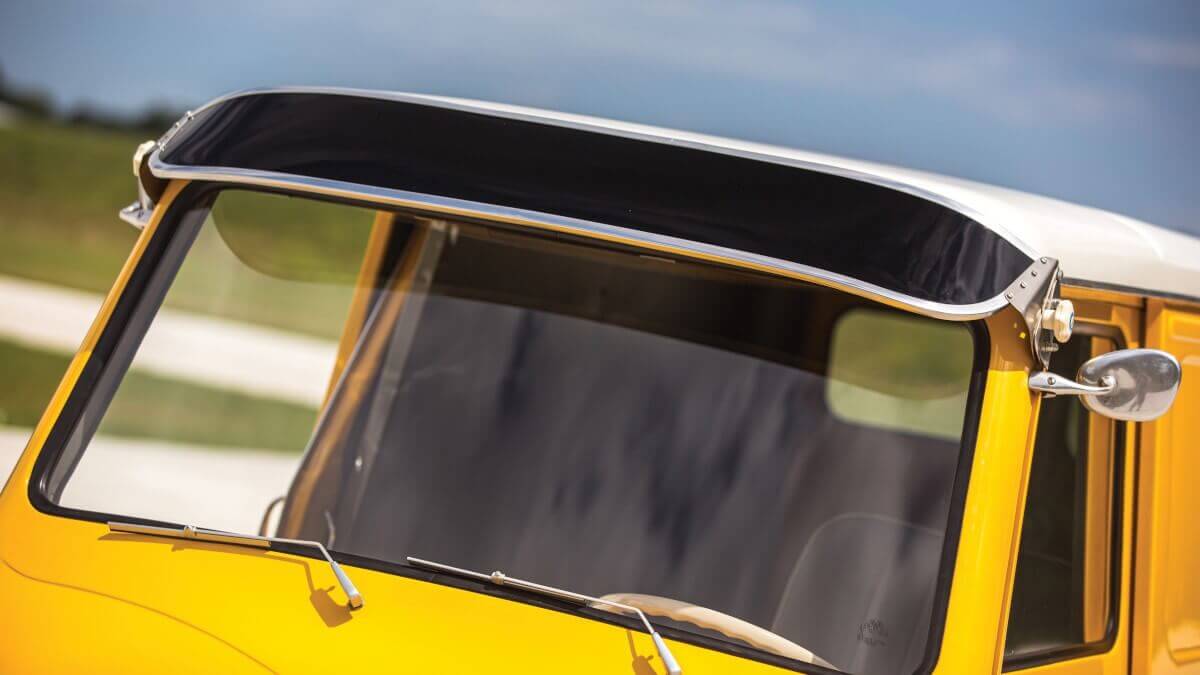 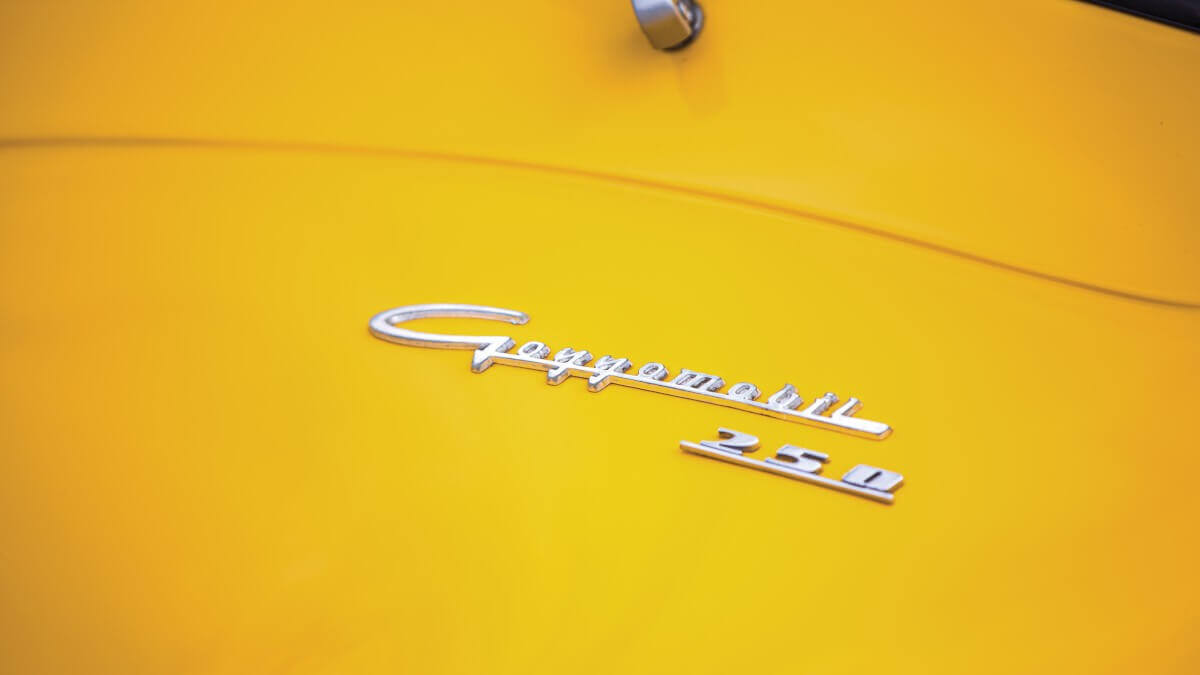 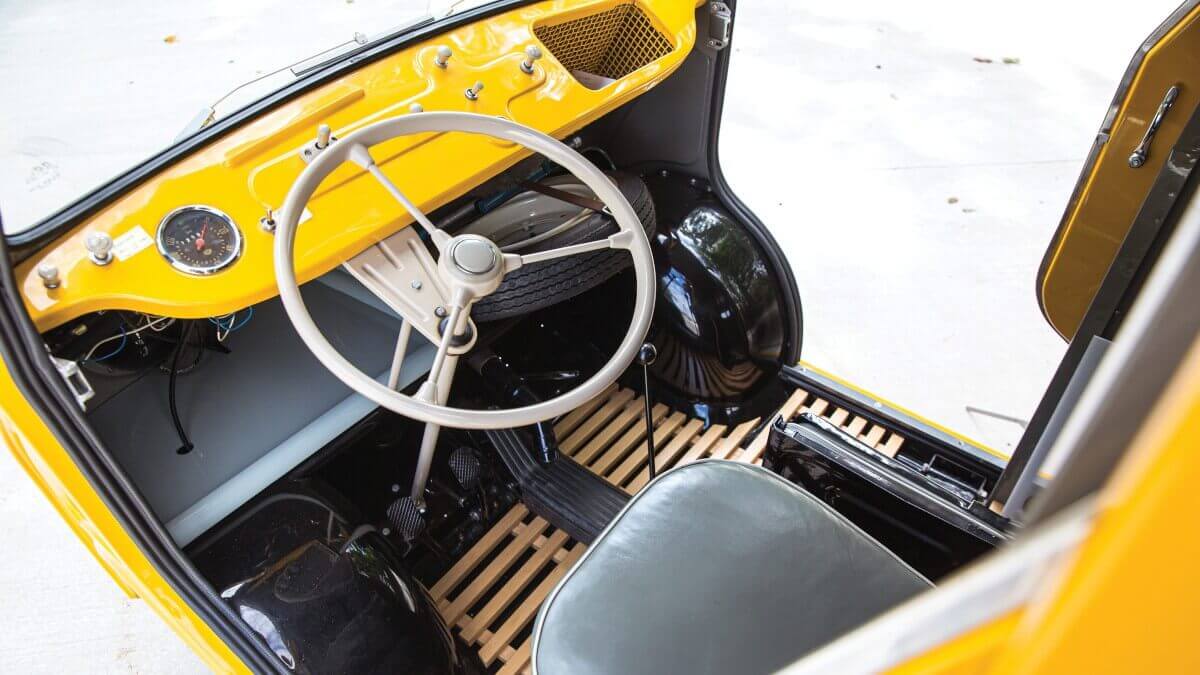 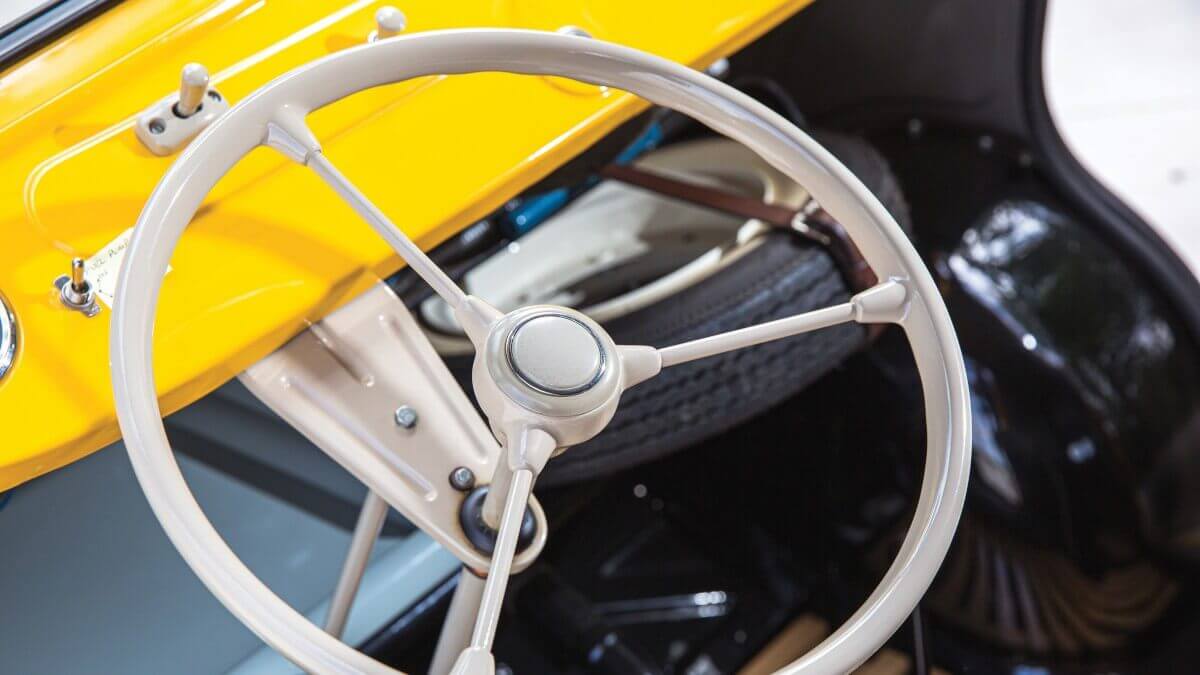 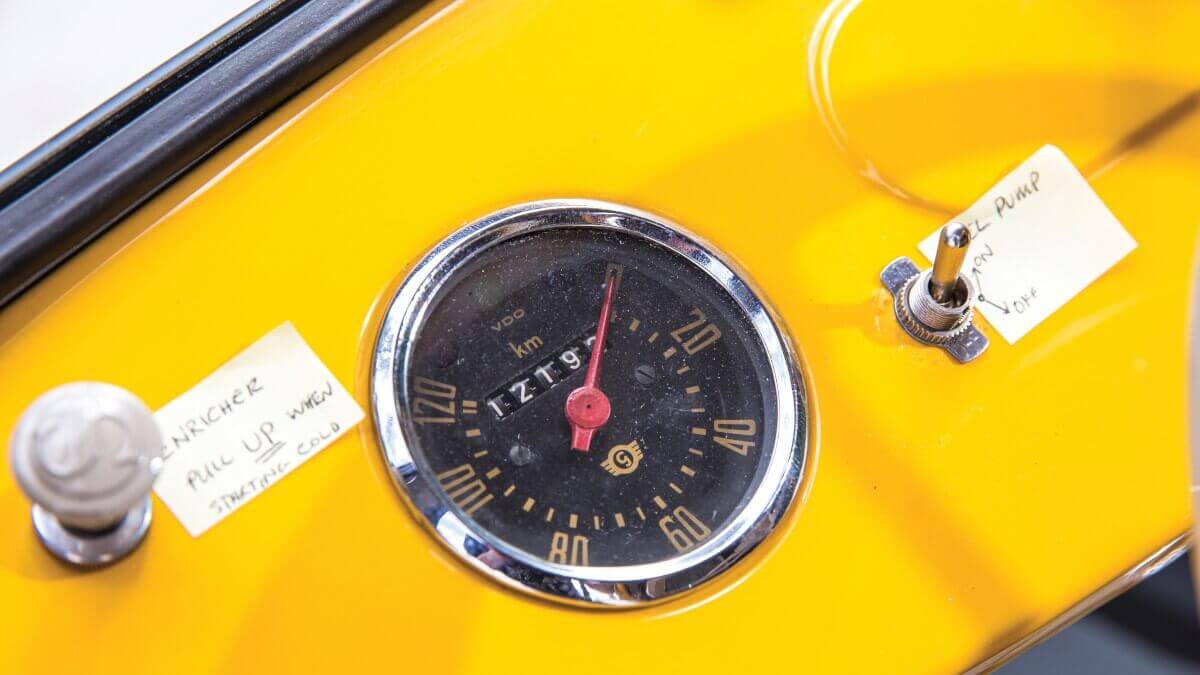 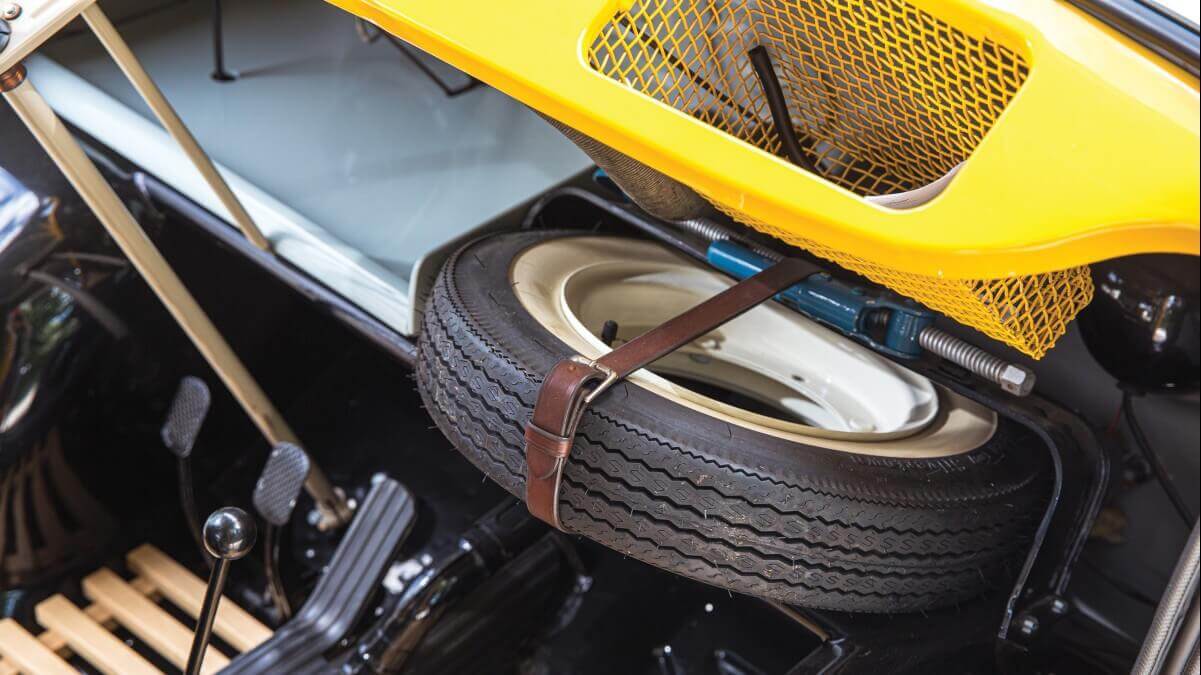 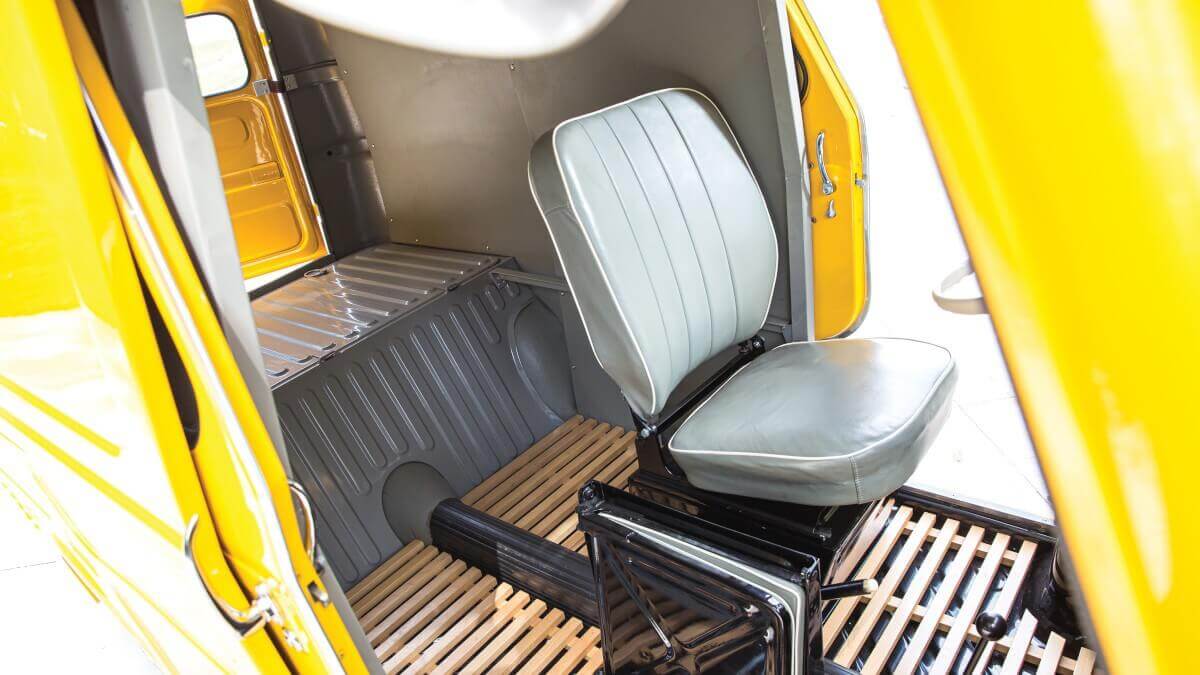 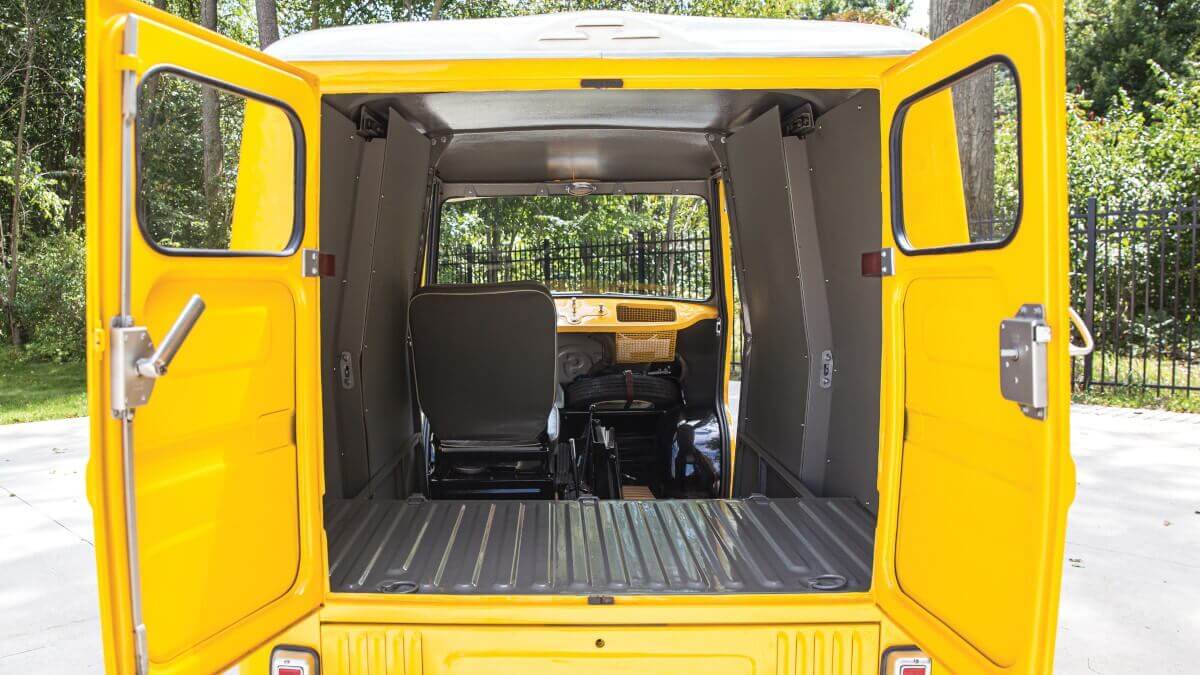 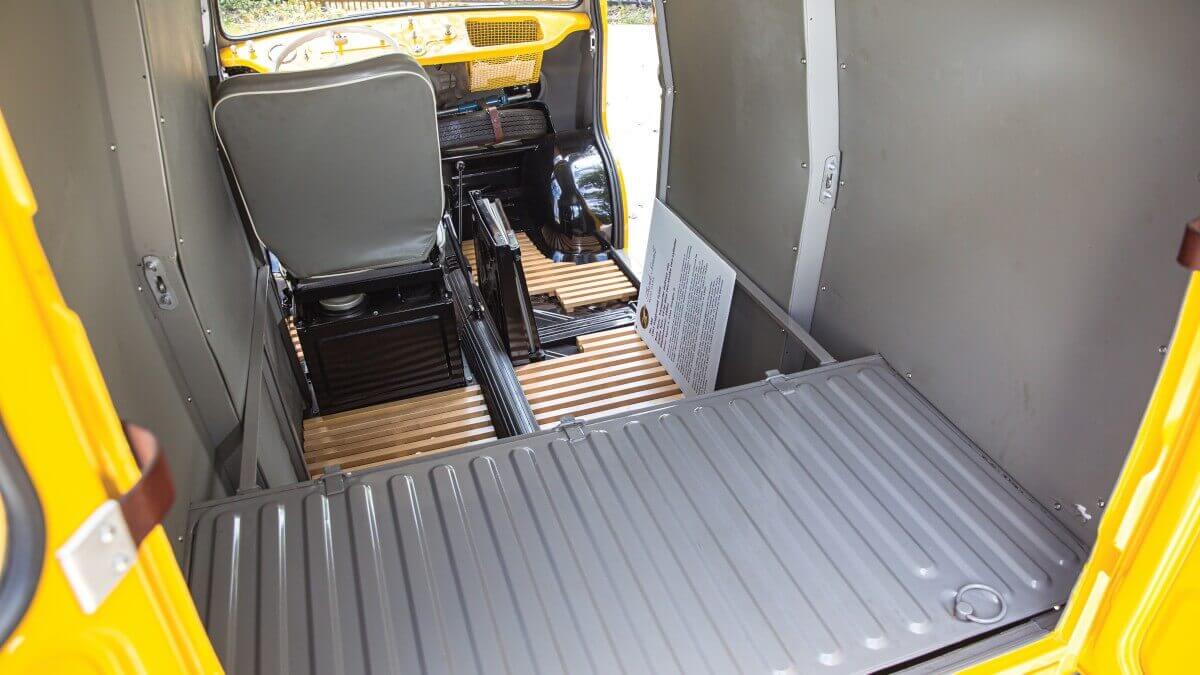 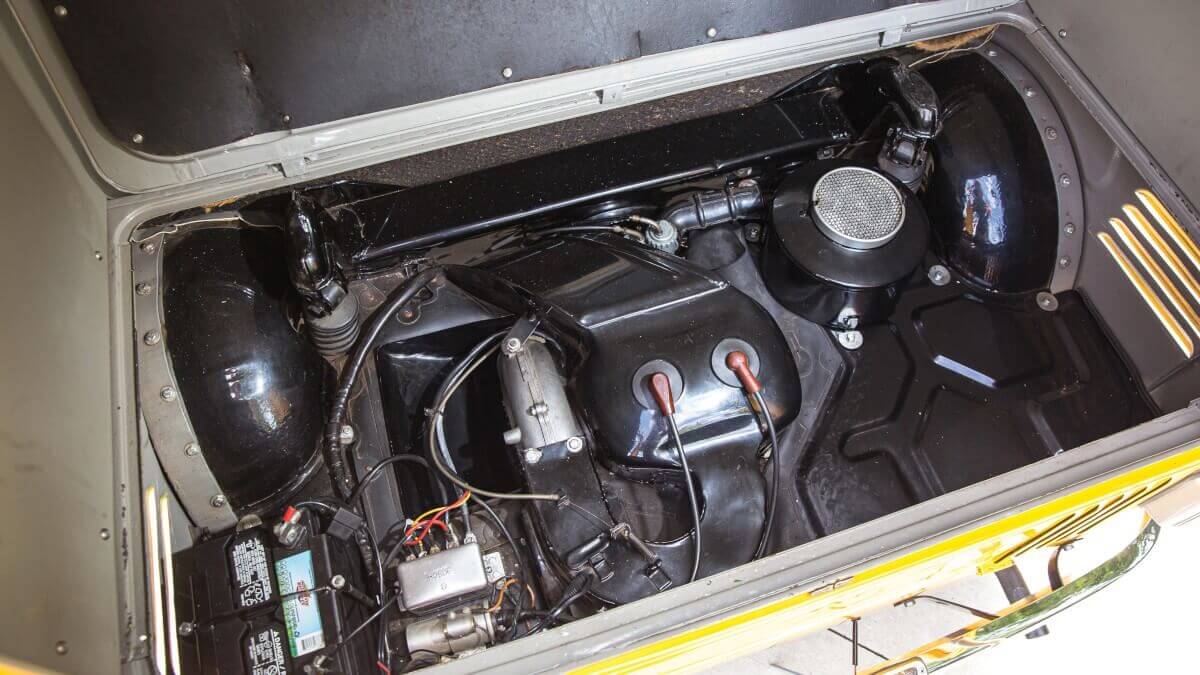 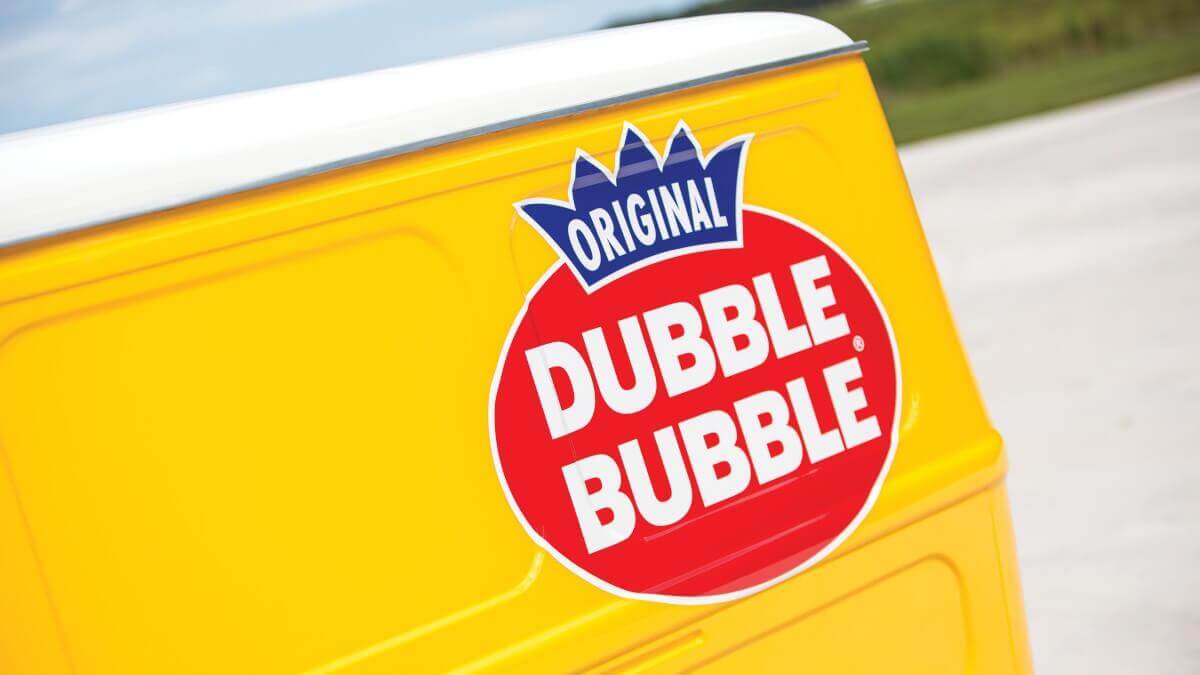 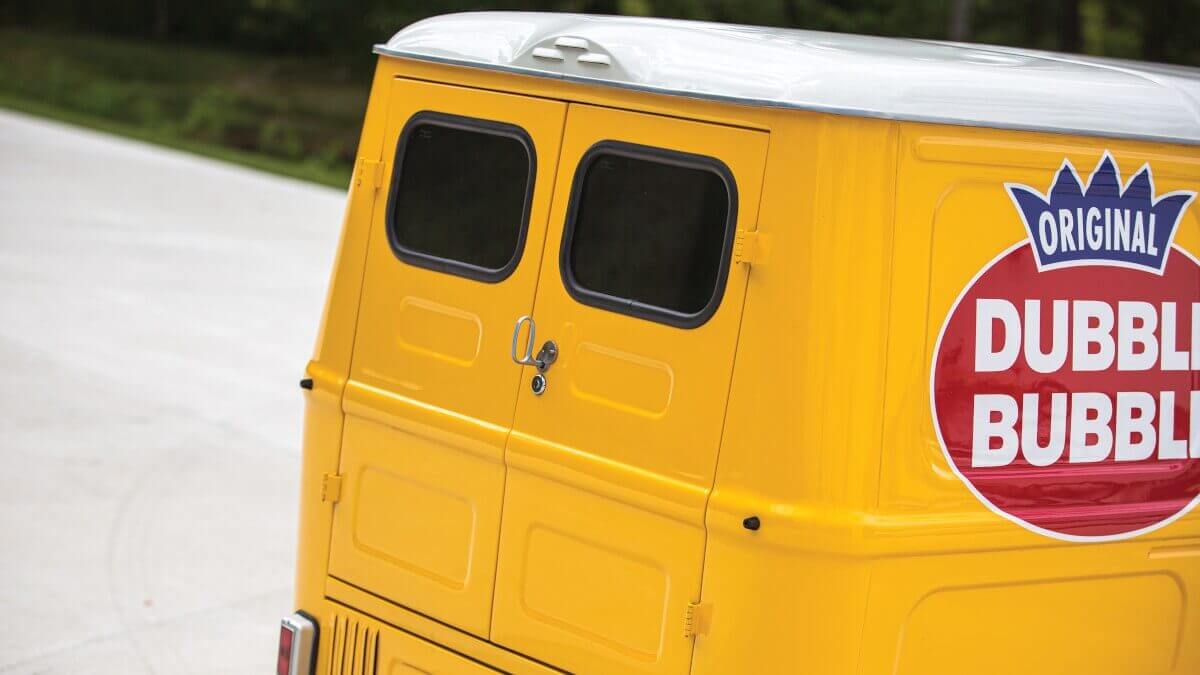 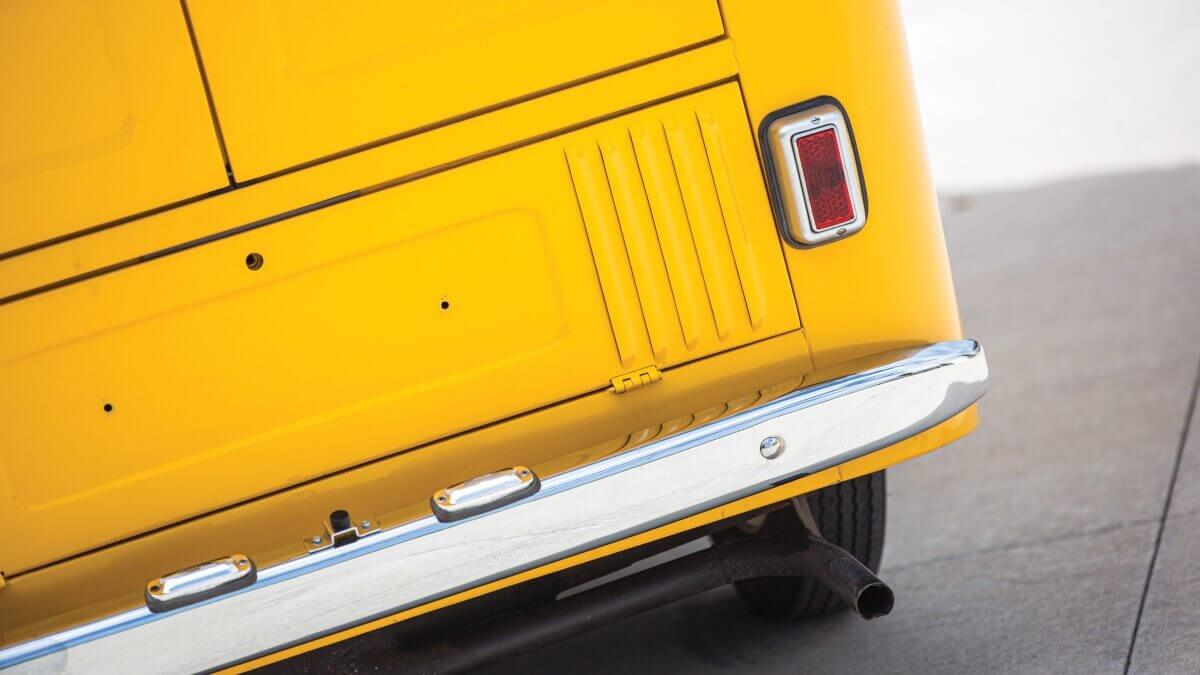 Due to the relatively low production numbers and the typical car life that a commercial vehicle usually leads, only a few Goggomobil TLs are still in existence today. Until 2013 the Microcar Museum of Bruce Weiner in the USA owned four of them, until he had a large part of this collection auctioned off. The small vans each fetched between 92,000 and 172,500 US$. One of these tiny cars was bought by the owner of the Elkhart Collection, which will also be auctioned by RM Sotheby’s in October 2020. The yellow painted Goggo TL bears a contemporary advertising print of ‘Original Dubble Bubble’, a chewing gum manufacturer. Inside, the car is designed as a single-seater with a fold-out passenger seat. During an extensive restoration, the car received true-to-original wooden strips in the footwell and the spare wheel under the dashboard. So far RM Sotheby’s has not provided any information on the intended hammer price. However, the Goggomobil TL-250 will be offered without a reserve and will therefore go to the highest bidder in any case.