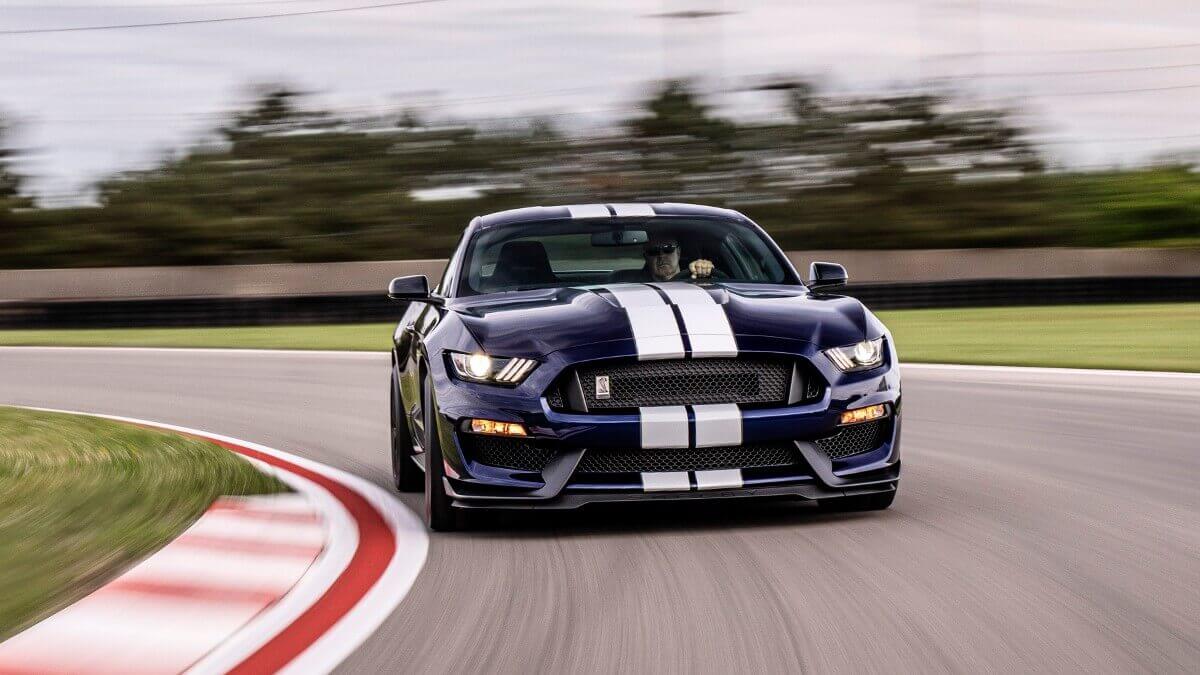 Not only the normal Ford Mustang received a slight facelift, also the Shelby GT350 shows itself in an upgraded version. During development, the responsible engineers used findings from the Mustang Road Course Racing and the upcoming Shelby GT500. Not only technically but also optically the GT350 receives various modifications.

In order to reduce the air resistance, but at the same time to produce at least the same amount of downforce, the aerodynamics changed the shapes of the front and rear spoiler. For the latter, a Gurney flap is optionally available. At the front also a newly designed grille is used. Other options include the two new colors ‘Velocity Blue’ and ‘Ford Performance Blue’, while the optionally painted stripes are available in ‘Shadow Black’, ‘Oxford White’ or ‘Kona Blue’. 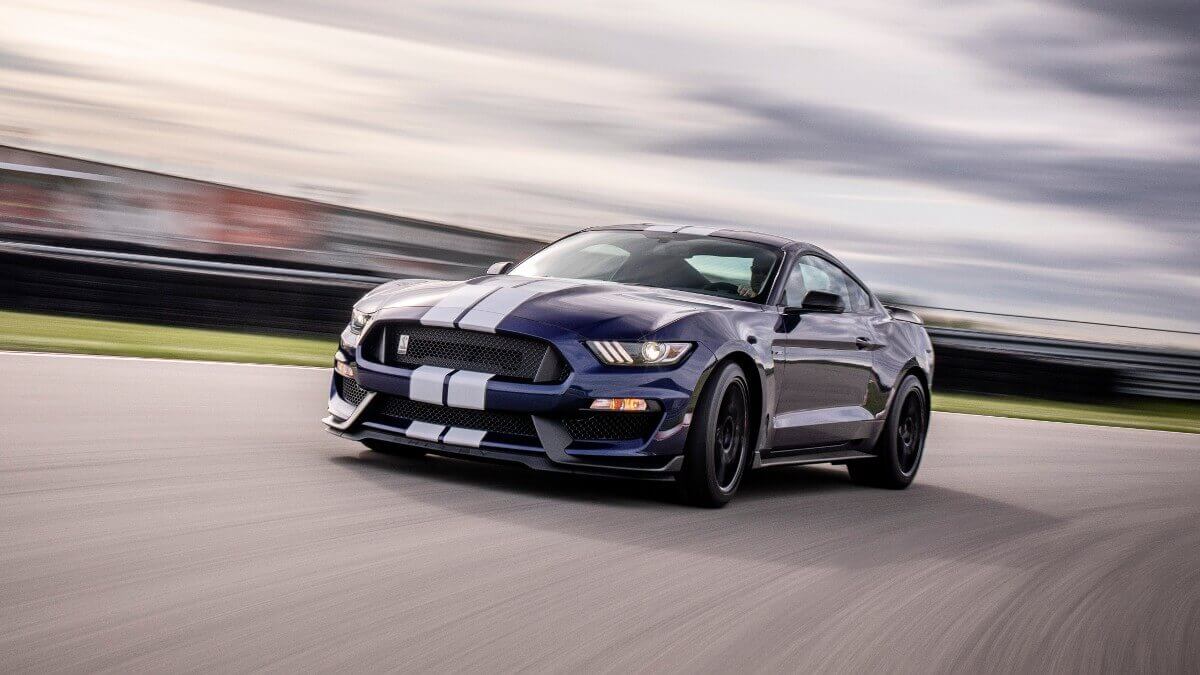 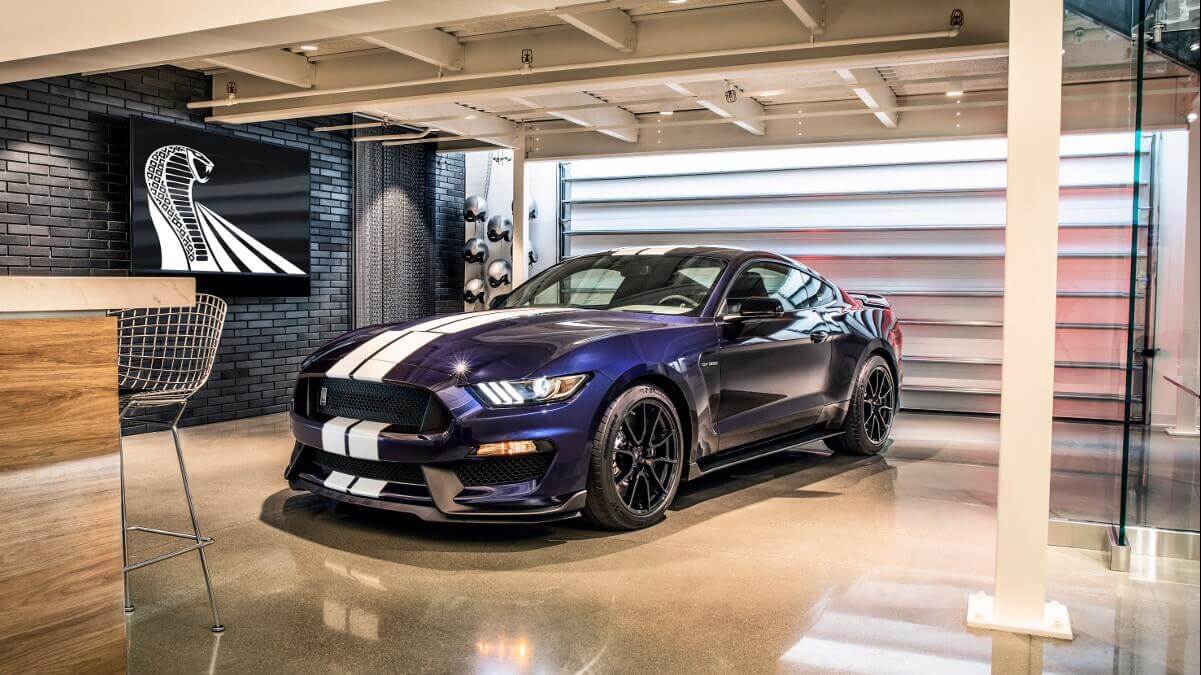 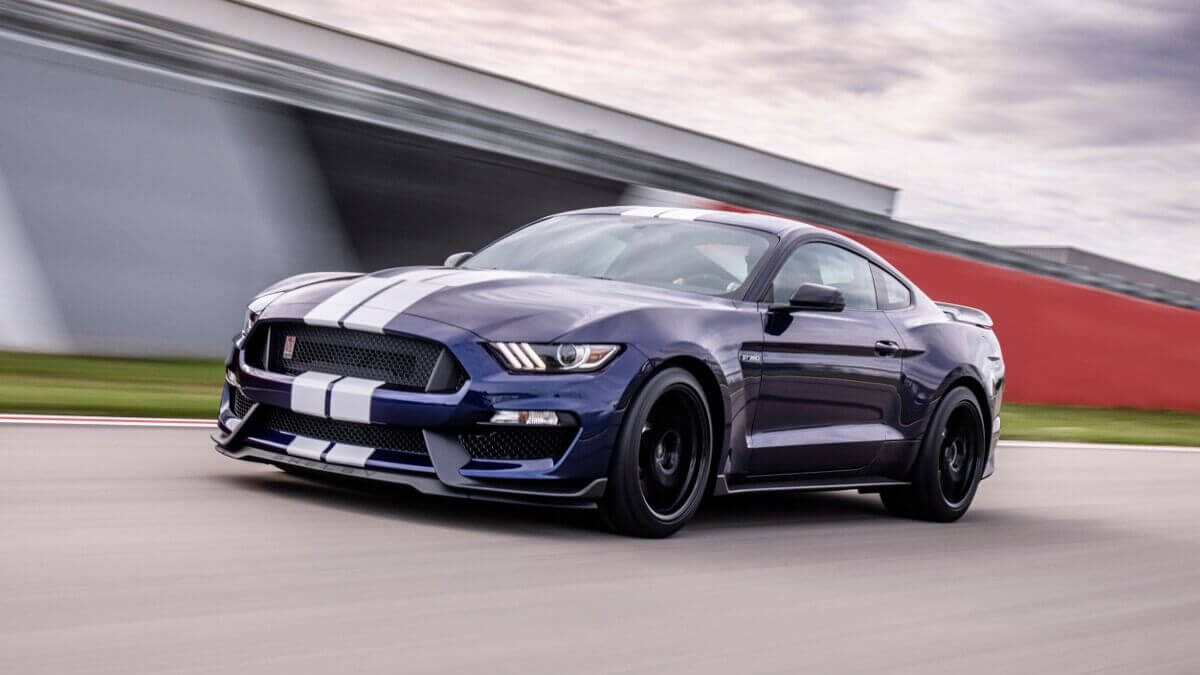 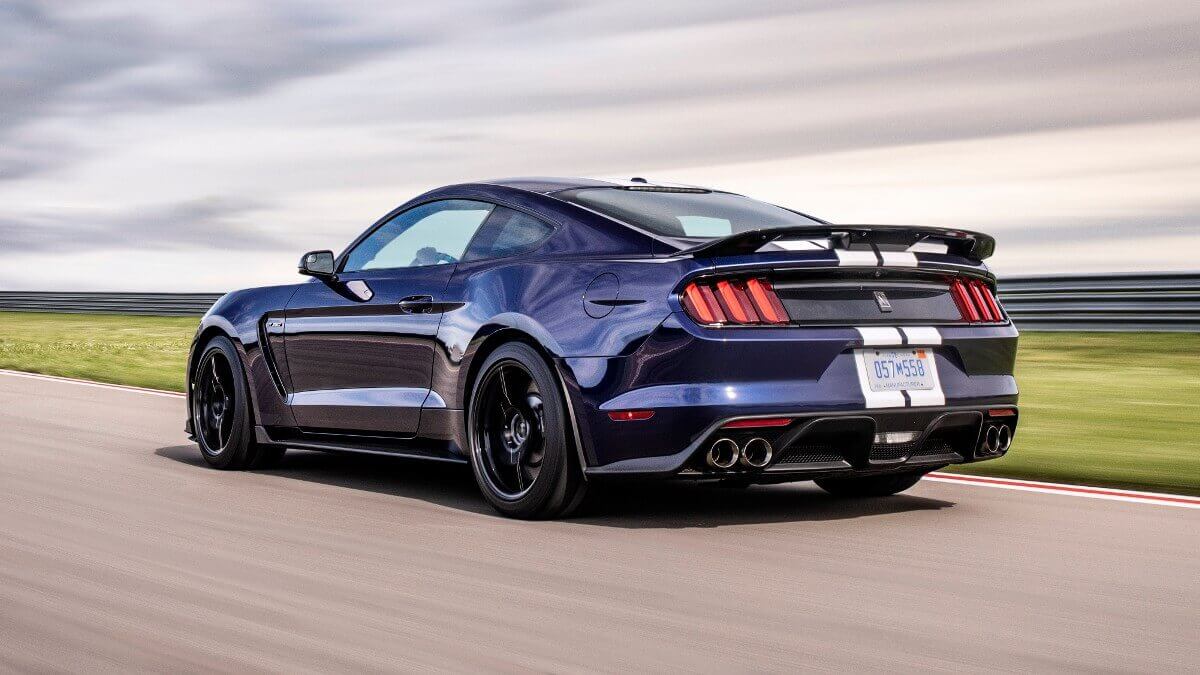 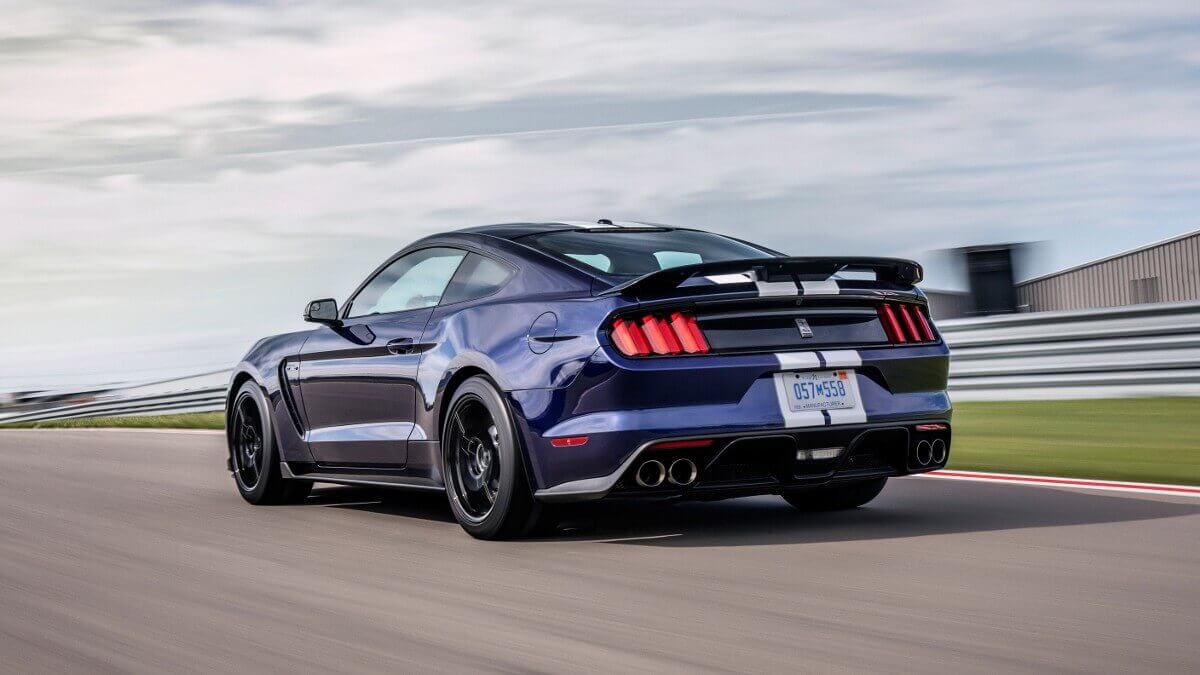 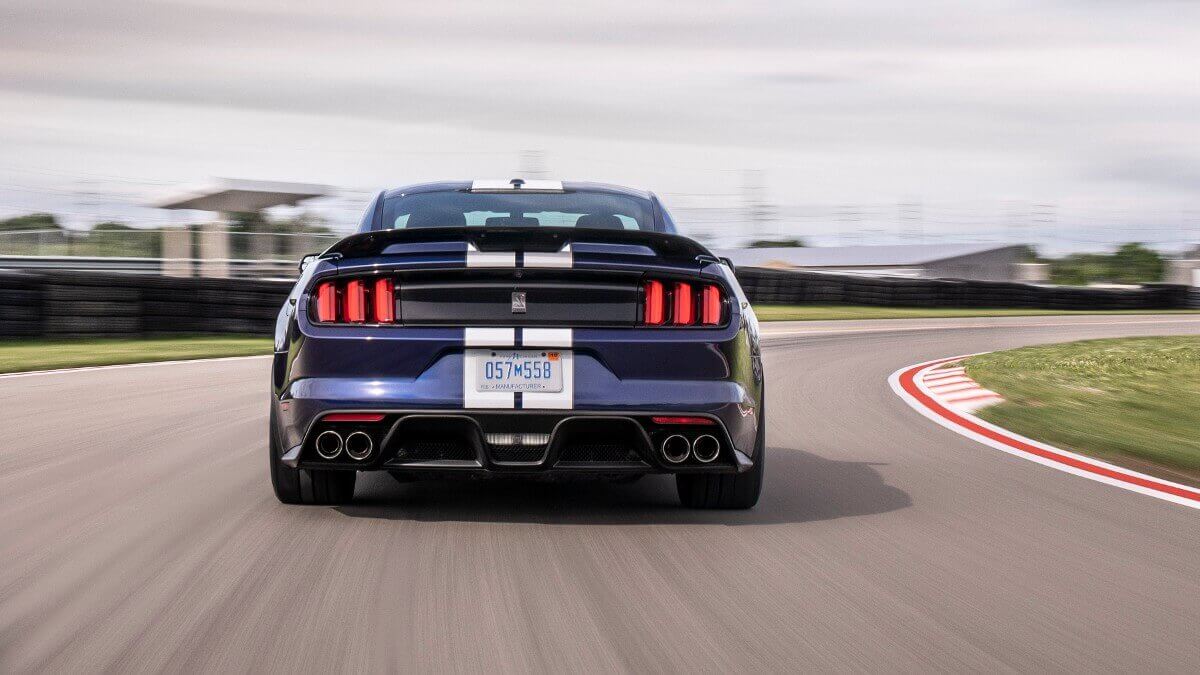 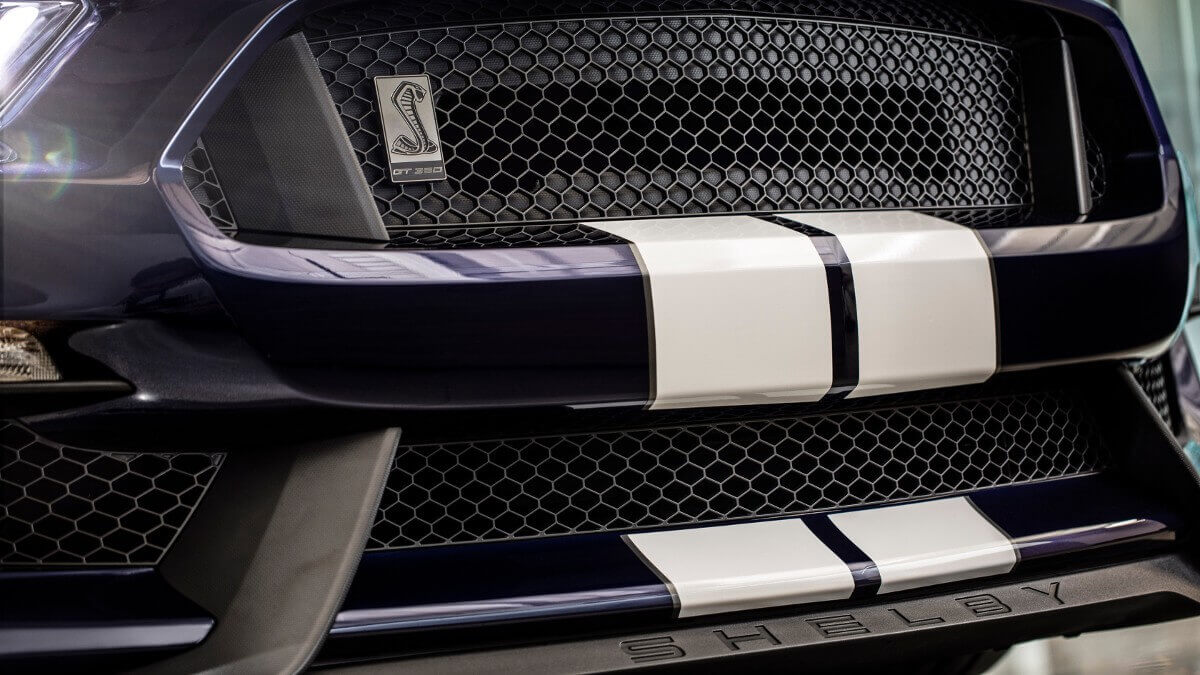 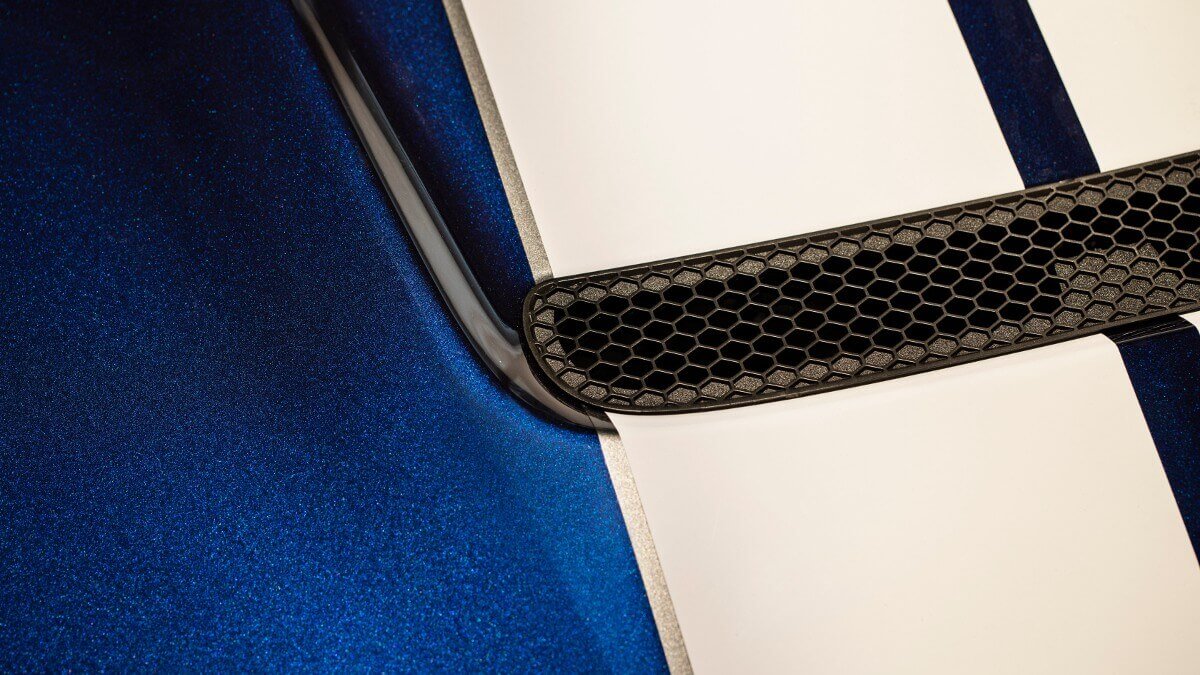 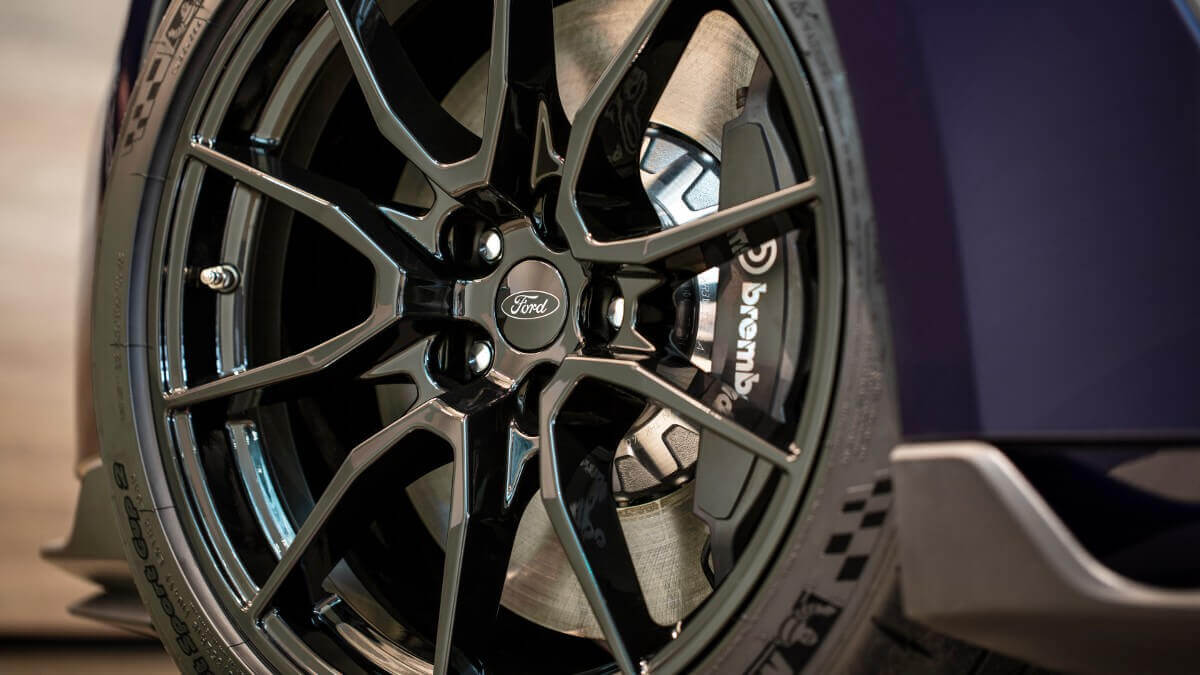 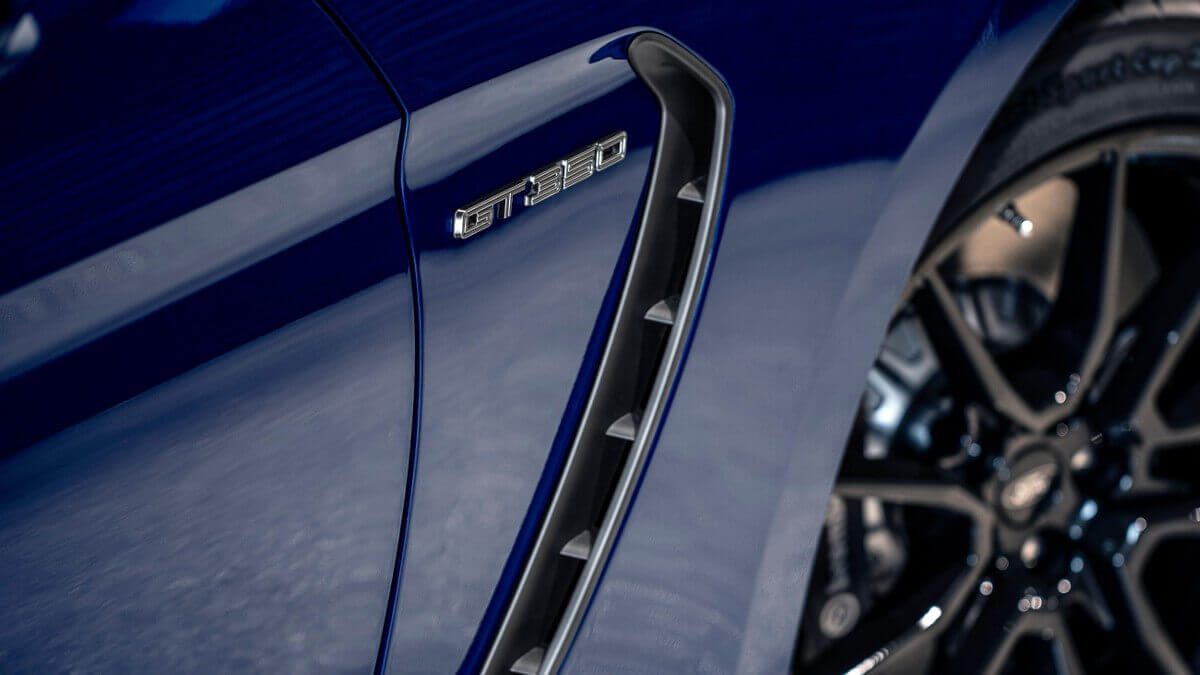 The wheels hang on the active ‘MagneRide’ chassis of the normal Mustang, which received new spring and damper rates for the Shelby variant. Behind the rims sits a high-performance brake system from Brembo with six pistons at the front and four pistons at the rear. An electric power steering and a three-step adjustable stability control have been perfected in hundreds of hours of testing. One of the drivers was Billy Johnson who races for Ford in FIA WEC and IMSA.

He and the other test drivers already took their seats in the redesigned cockpit, which is now available to new customers. Behind the steering wheel is a frame made of aluminum around the instrumentation, which can optionally be exchanged for a visible carbon component. Newly designed door panels also carry Alcantara covers as the Recaro sports seats. The seats also have passages for racing seatbelts. The standard equipment includes a high-quality audio system with twelve speakers, a two-zone air conditioning system and the SYNC3 infotainment system with eight-inch touchscreen display.

Under the bonnet is a 5.2-liter naturally aspirated V8 engine with 533 hp and a maximum torque of 582 newtonmeters. This is the most powerful naturally aspirated engine from Ford so far. The power is transferred to the rear wheels via a precisely switchable and race-proven six-speed gearbox from Tremec. The Sport Cup 2 tires, developed jointly with Michelin, offers 295/35 front and 305/35 rear tires with 19-inch alloy wheels and an Shelby-specific tire profile.