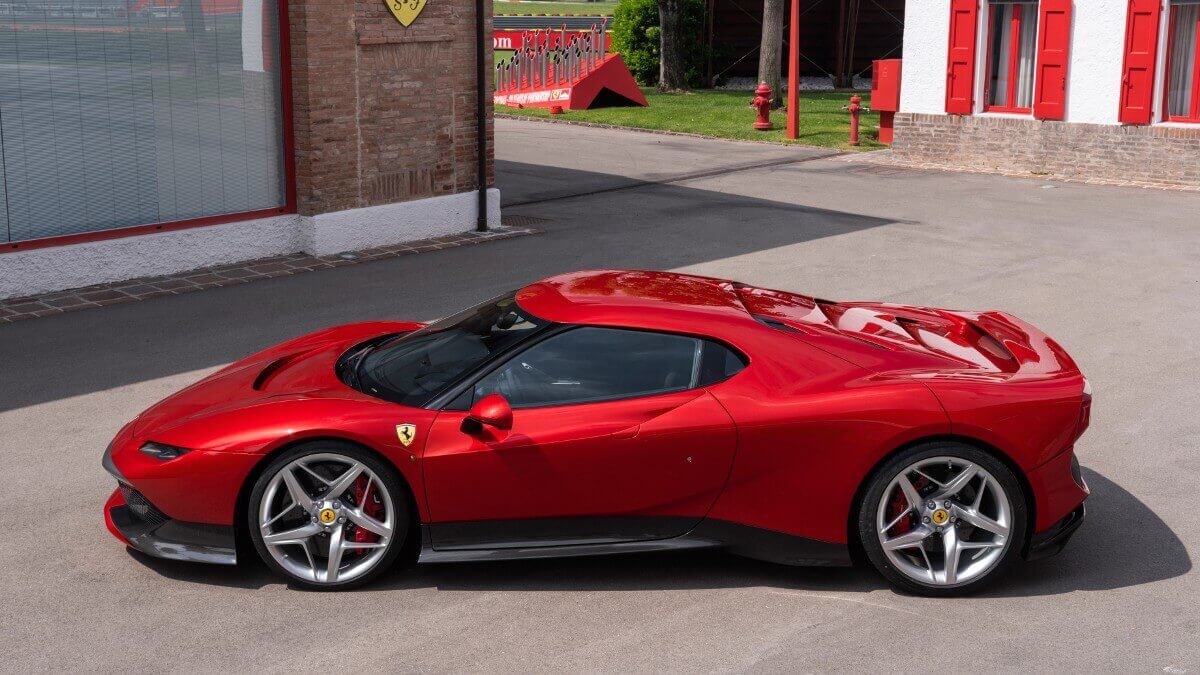 When a normal Ferrari isn’t enough and also the limited edition cars can’t cope with your individuality, the Italians have another exclusive offer for you: what about a unique car made to your request in your own design? These one-offs are made in the ‘Special Projects’ department in Maranello and often get the short name from this department. Up to now counting is at SP38, which is the newest car and has been shown to the public today in first media pictures. Most of the 37 other cars remained hidden from public.

Chassis and powertrain derive from the Ferrari 488 GTB and haven’t been changed for the SP38. Behind the passengers a 3.9 litre V8 biturbo engine is mounted that delivers 492 kW/670 PS and 760 newtonmeters of torque through a seven-speed double-clutch gearbox to the rear wheels. In the 488 GTB this is enough to accelerate from zero to 100 kph in exactly three seconds. For SP38 there aren’t any dynamical datas. 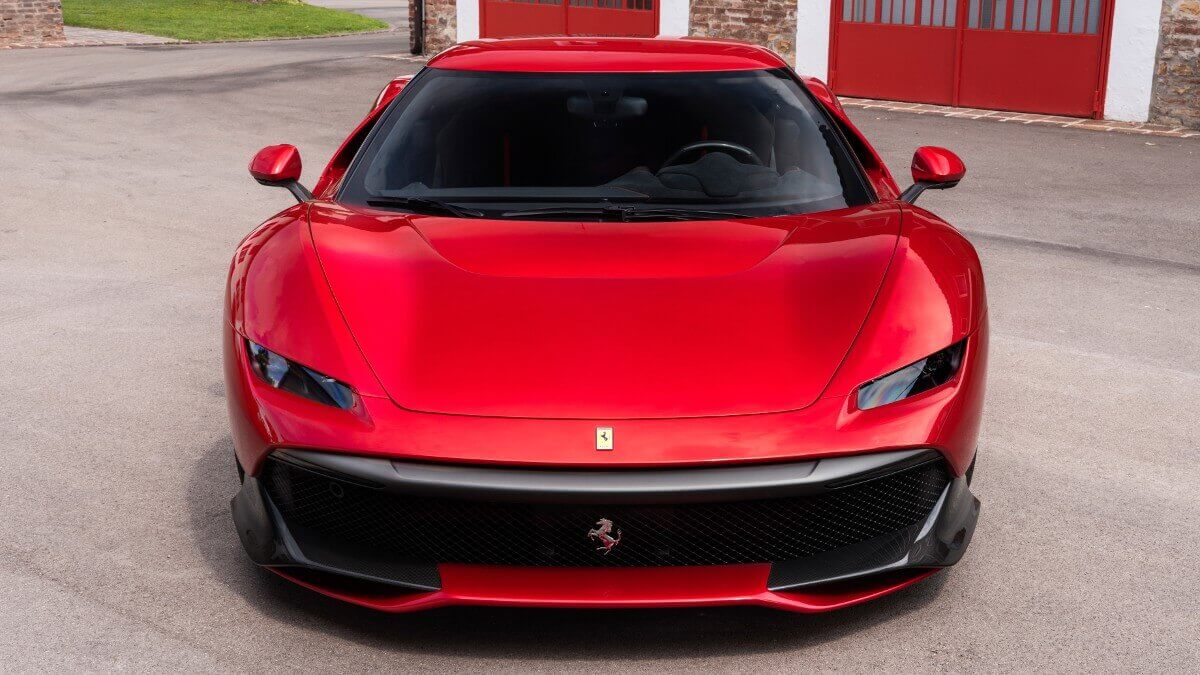 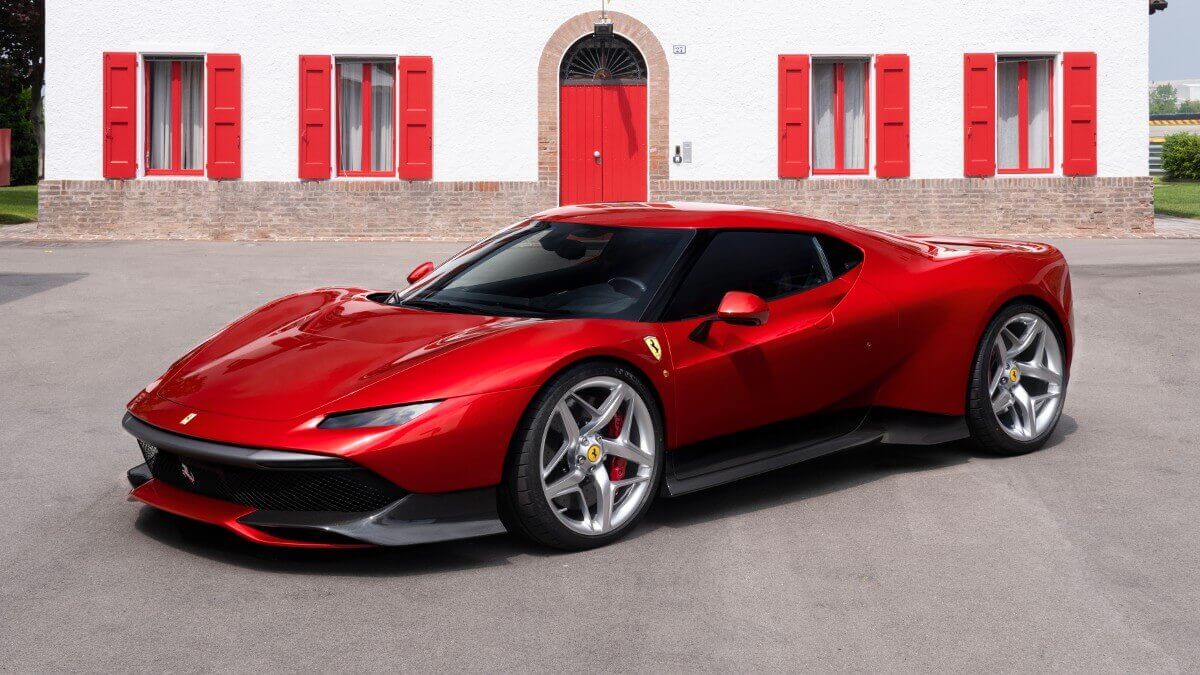 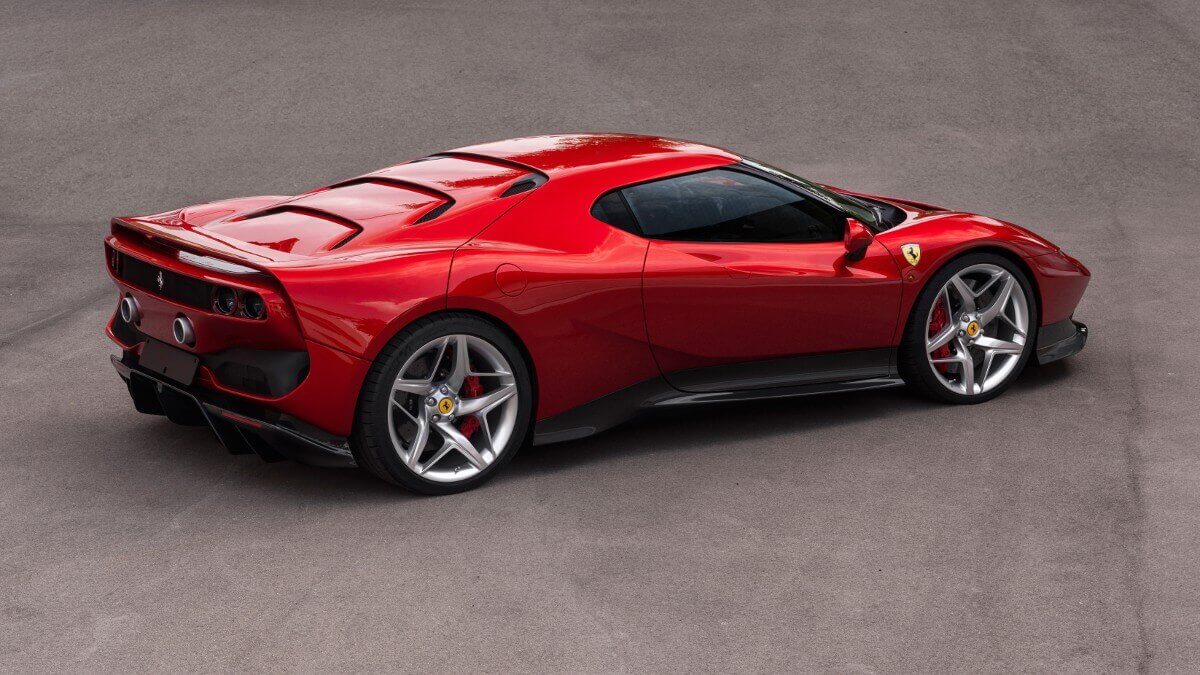 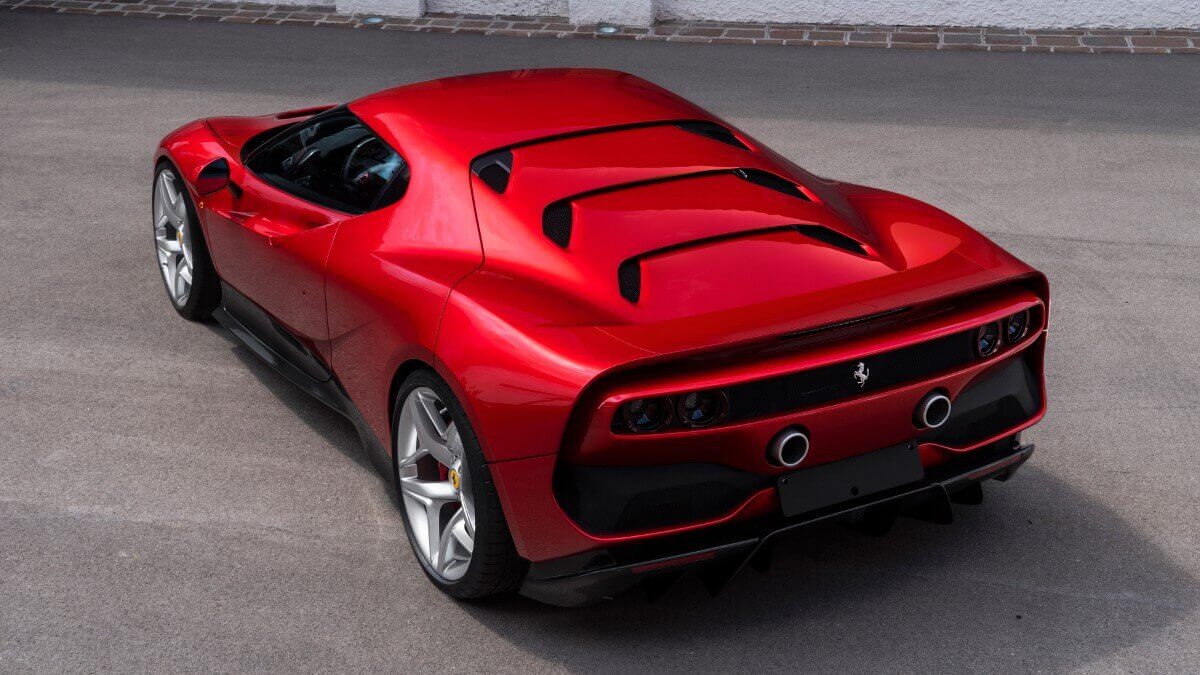 Some optical inspirations come from the Ferrari F40 and 308 GTB, but it also got its own accents. Its visual mass is concentrated over the rear axle while the front seems to be very slim. This impression is increased by the very small LED headlights with integrated daytime running lights. Side air intakes are high up in the doors while the intercoolers get their fresh air behind the side windows. Three transversal slats at the carbonfibre bonnet take their looks from the F40s slashed rear window.

A subtle integrated rear wing links seamlessly into a frame-like surrounding of the rear lights and into the diffusor. The car shines in a special shade of three-layer metallic red. Directly after its world premiere and the exchange of keys, its new owner took SP38 to the Ferrari testtrack in Fiorano for some hot laps. At forthcoming Concorso d’Eleganza Villa d’Este the car will be shown to the public.