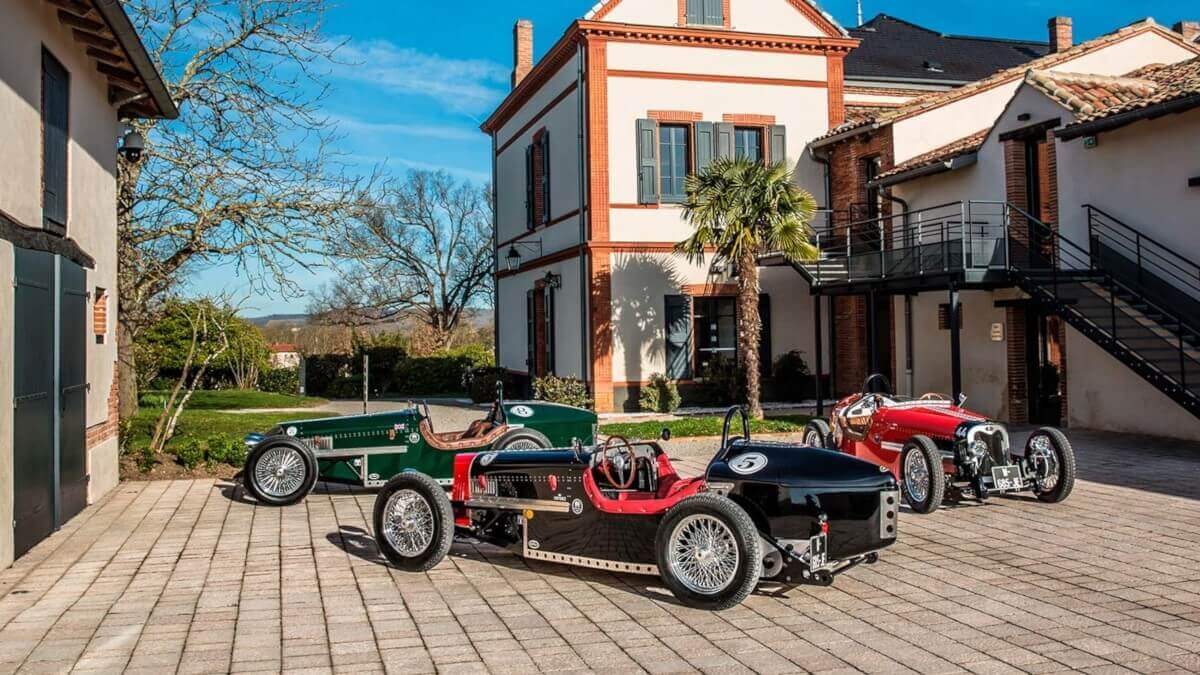 Imagine the following situation, dear reader. You meet an old racing car on the street. You’re looking forward to the sound and the scent of burned oil, rubber and unburned gasoline, which makes vehicles of this kind so incomparable. Now the car comes closer and closer, but you hear nothing and you smell nothing. If you think you are dreaming, no, you’re wide awake. This is how your first encounter with a Devinci DB 718 could be. Visually, the car reminds of racing cars of the late 20s and early 30s of the last century, but technically it has nothing to do with this era. The drive, that lets the Devinci roll past you so silently, is electric. This extraordinary combination is the brainchild of former French racing driver Jean-Philippe Dayraut. With his small team, he founded a small manufactory two years ago in Saint-Sulpice-la-Pointe in the south of France near Toulouse and since then has already delivered 30 vehicles.

As already indicated, optically the electric sports car corresponds to race cars from the times, when massive spoke wheels were allowed to be freestanding and fenders were only mounted on request. With a length of 3.91 meters and a width of 1.77 meters, the dimensions also roughly correspond to the historical models. “We want to combine the identity of classic sports cars with the comfort of modern vehicles by integrating an all-electric drive,” says Dayraut, describing the idea behind his project. However, the Devinci can’t fulfill the association with speed, which the viewer has with these looks, because under the long hood is only a 15 kW/20 hp electric motor instead of the expected V8 engine. The acceleration from standstill to 100 kph (62 mph) in 8 seconds fulfill rudimentary sporting ambitions, but these are strongly dampened by the possible topspeed of only 110 kph (68 mph). But it feels like a much higher speed, as driver and passenger sit outside, only covered from the wind by two small windshields, just like in the old days. The Devinci is a pure vehicle for sunny weather, because there is no hood available by the manufacturer. The DB 718 is said to be neither a racing car nor a daily driver, the brand says it is a boulevard cruiser and therefore the southern French roads offer enough possibilities. After all, the boulevards can be at least 150 kilometers long, as this is the range of the basic version with a 15.3 kWh strong battery pack. Optionally, Devinci offers a 23 kWh power storage, which should offer 230 kilometers of range. The on-board computer allows the driver to choose between the driving modes ‘eco’, ‘normal’ and ‘sport’. 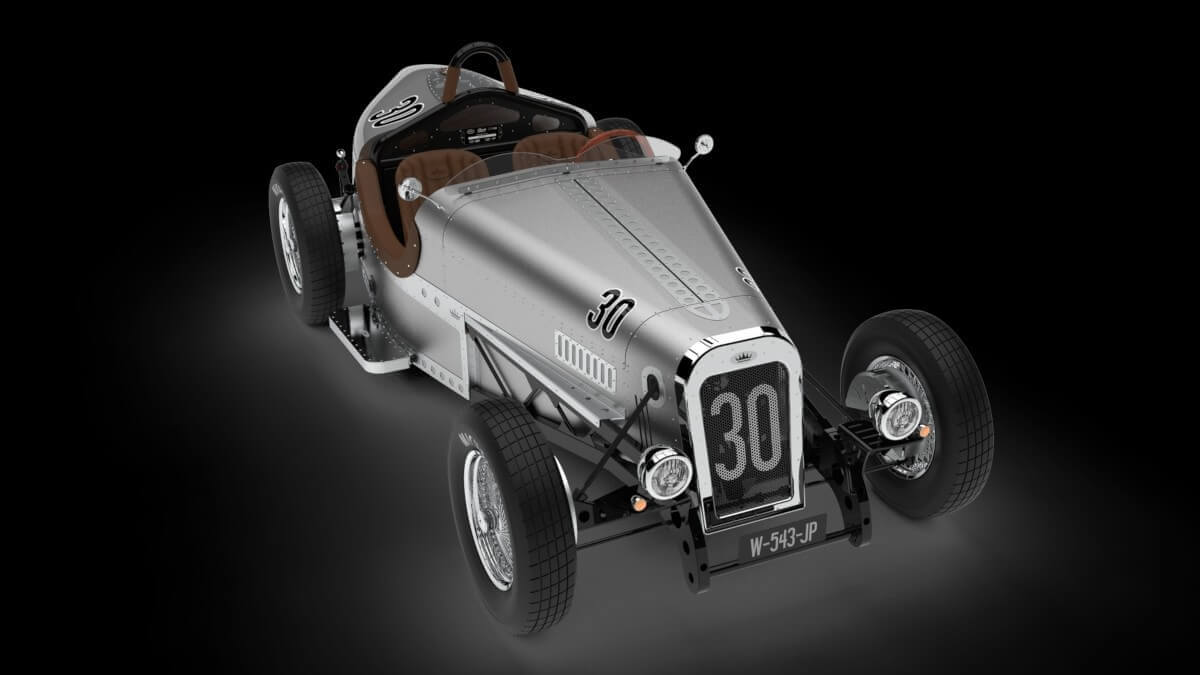 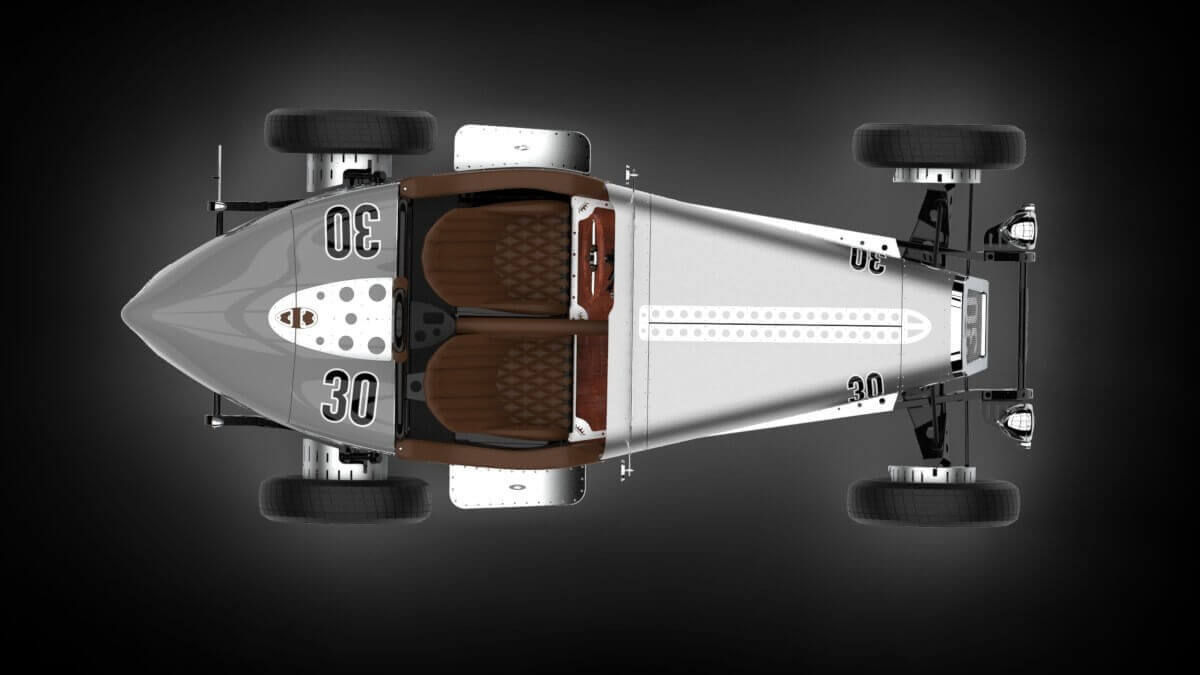 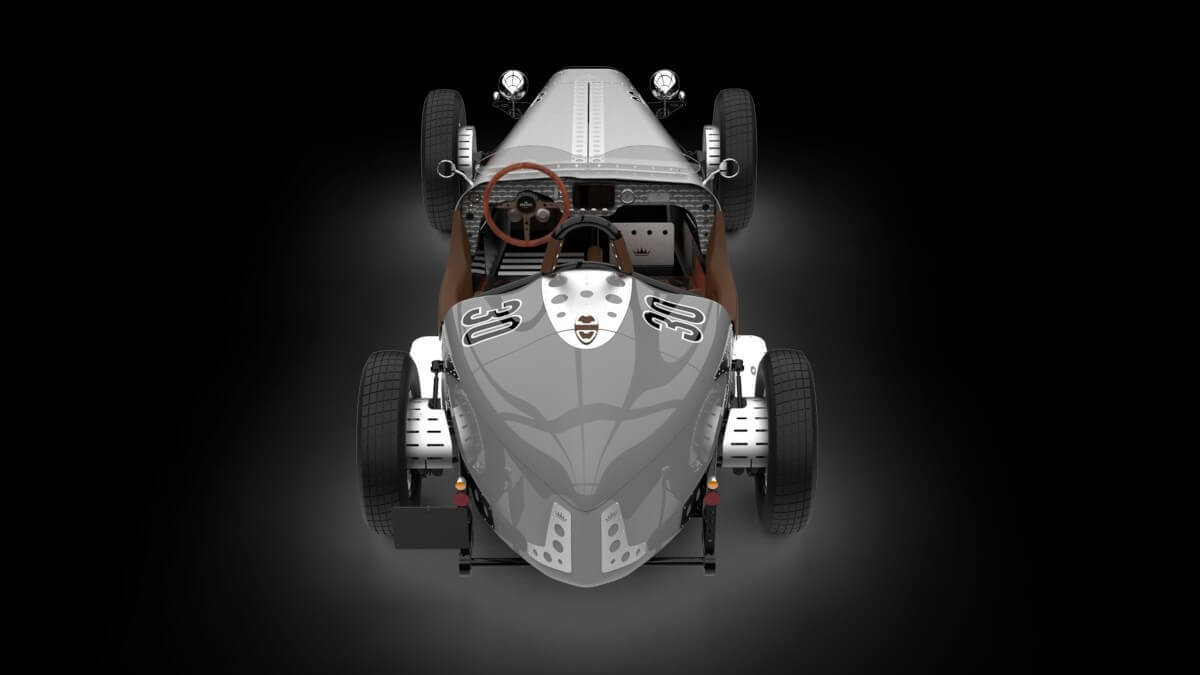 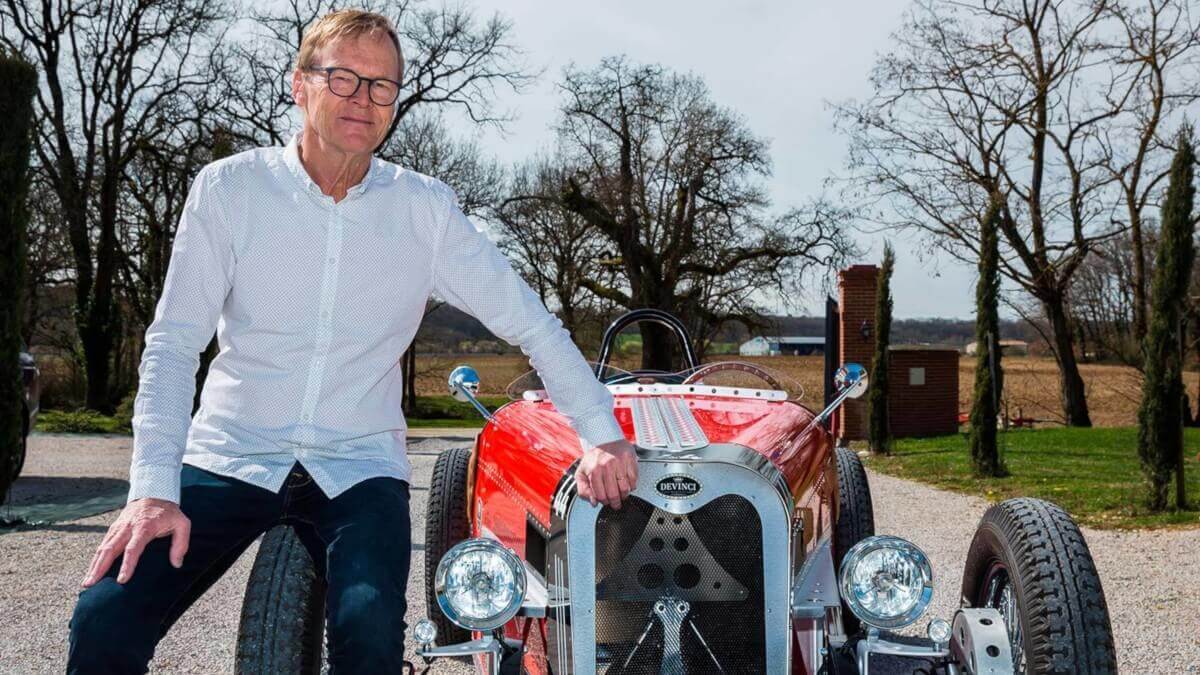 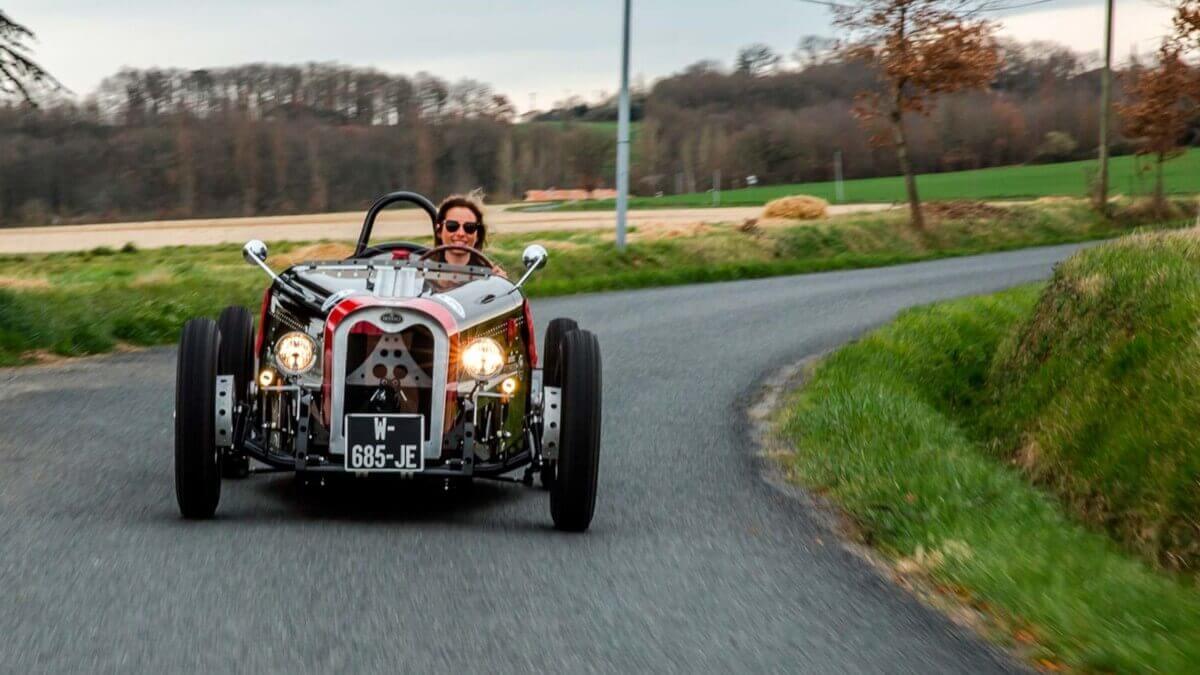 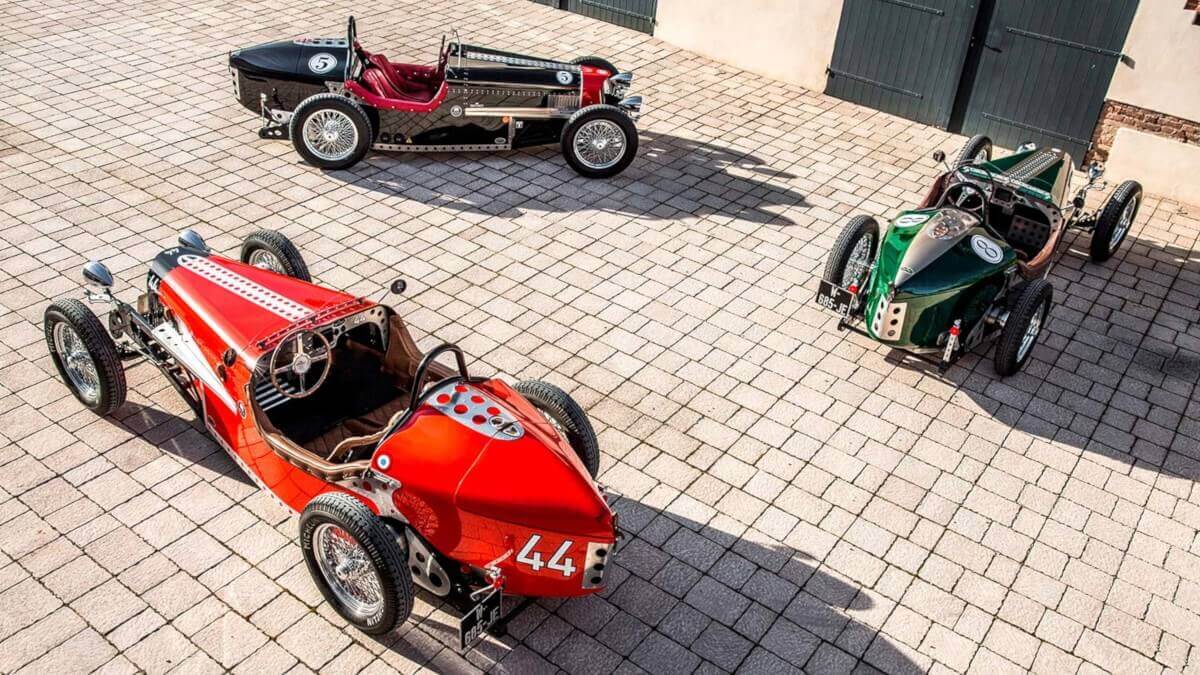 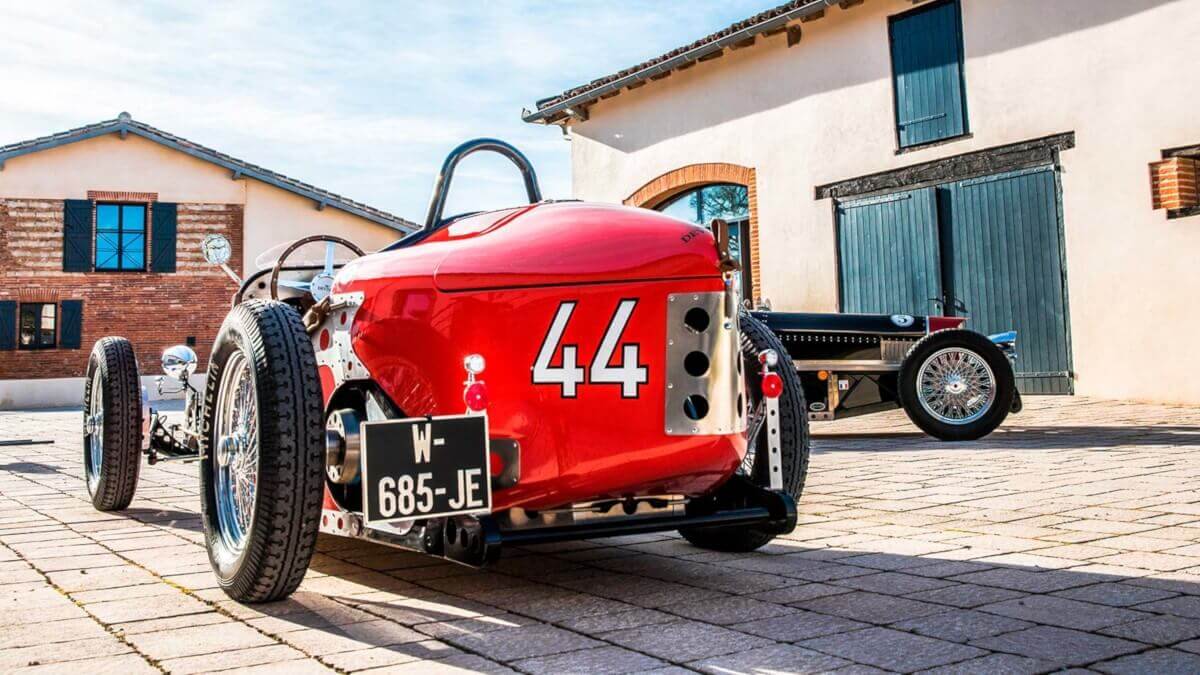 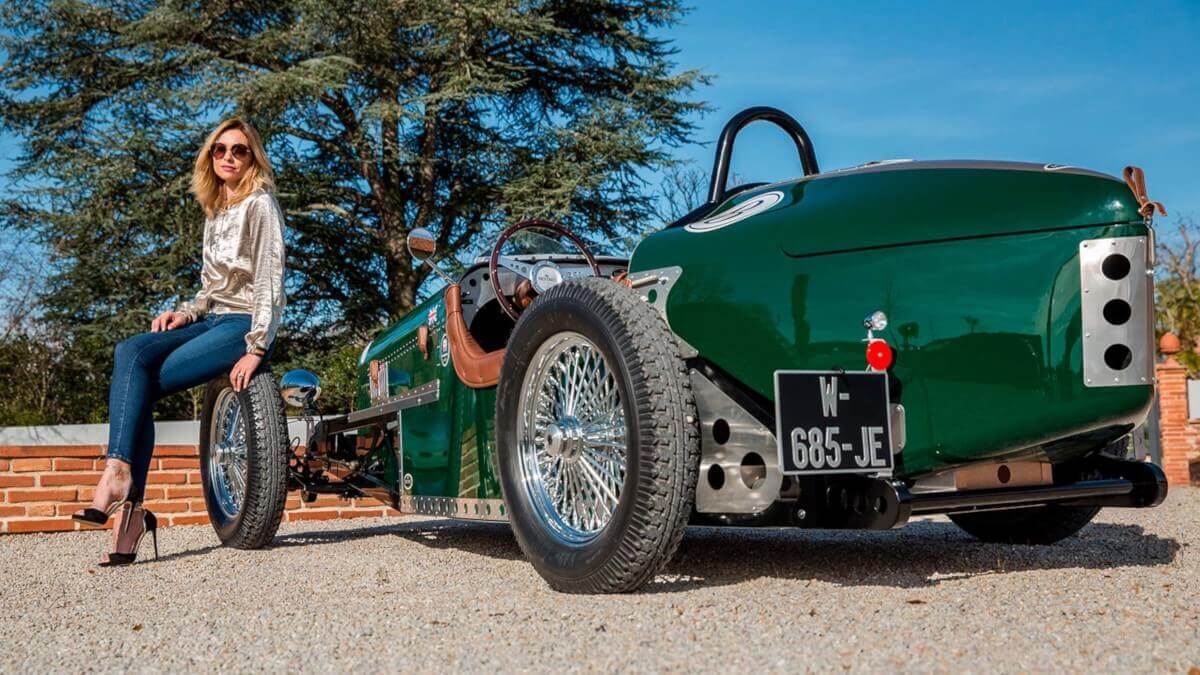 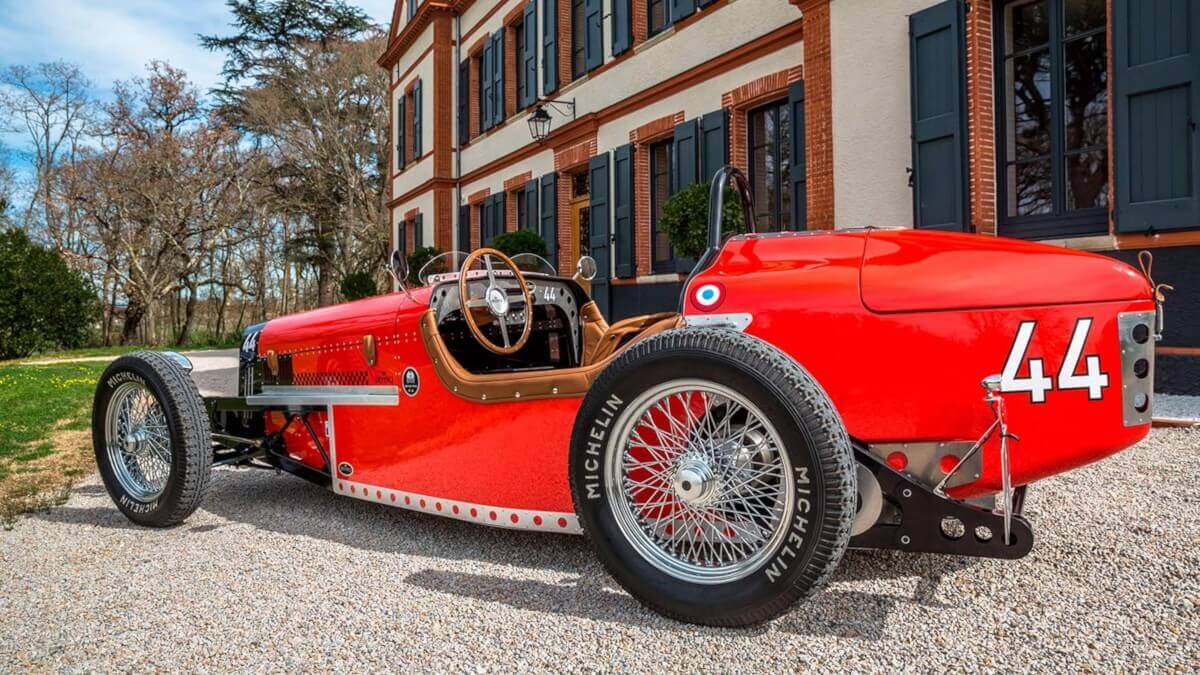 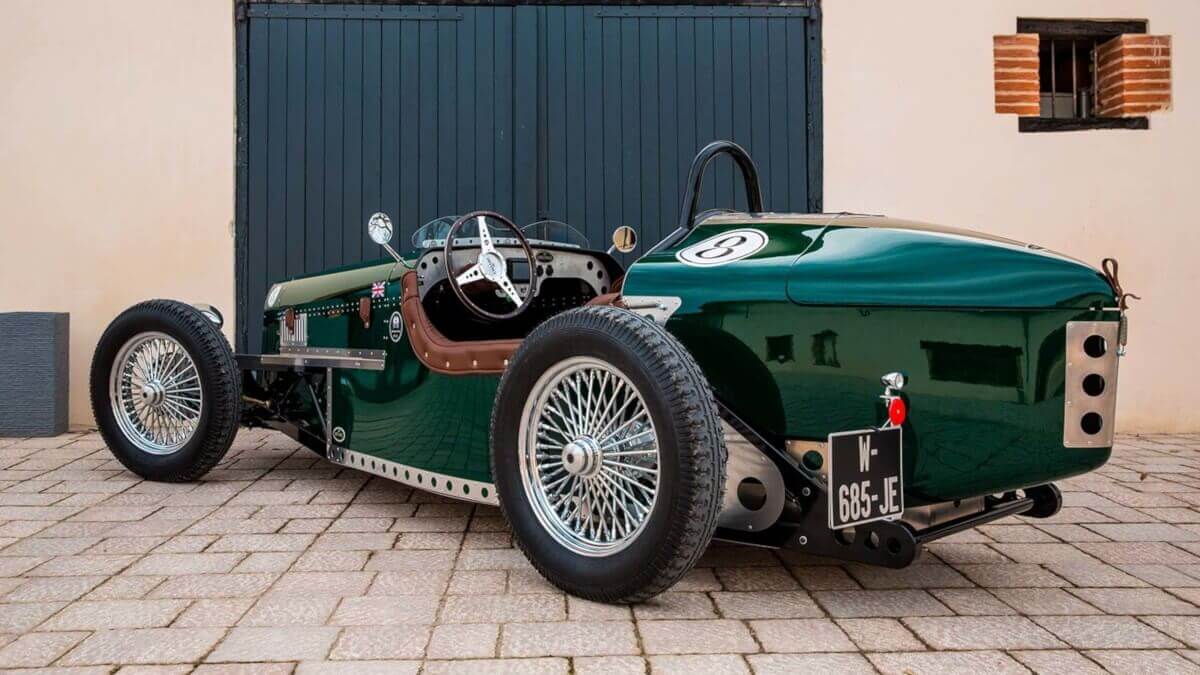 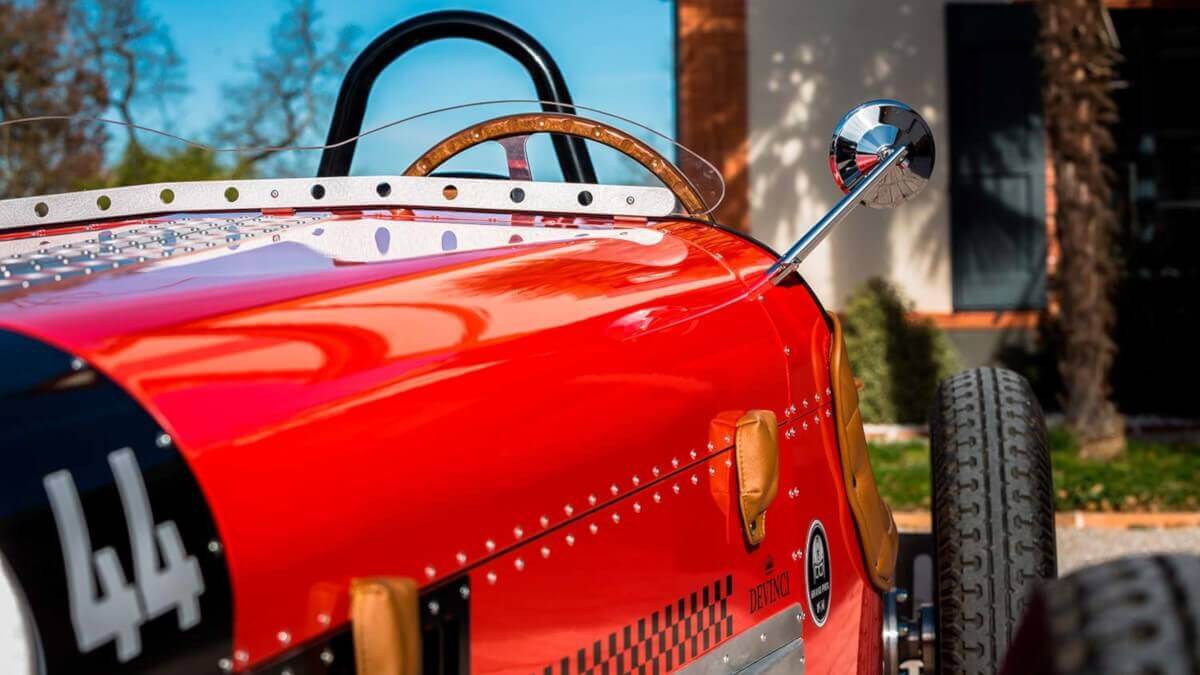 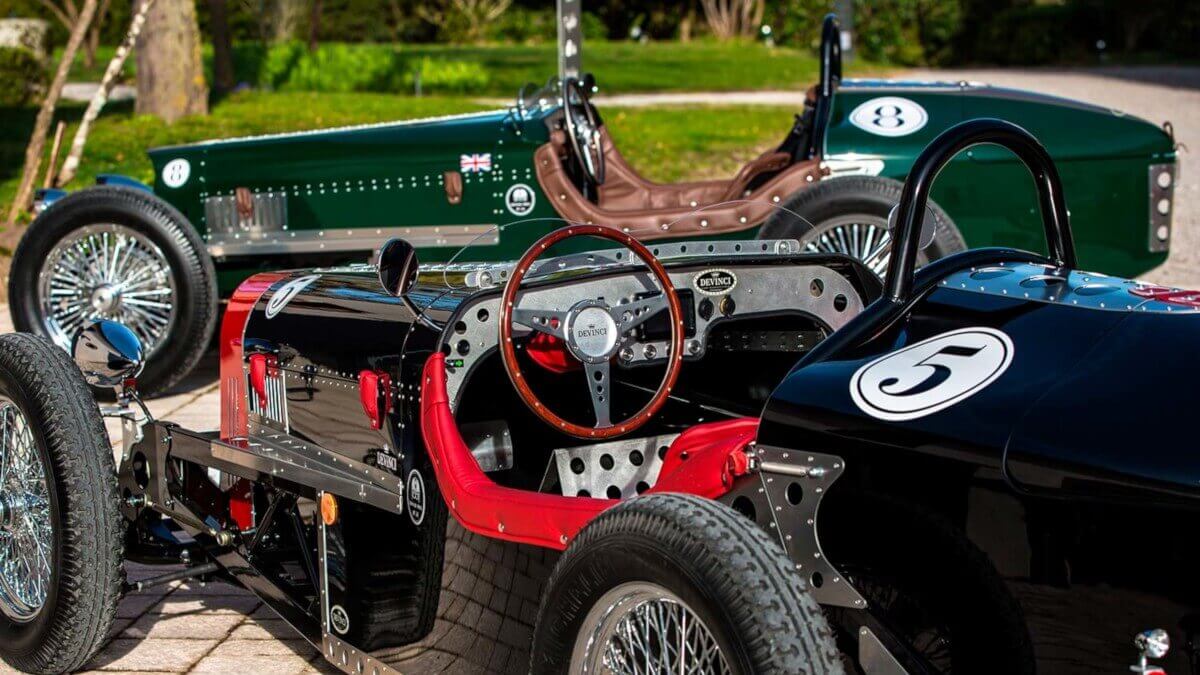 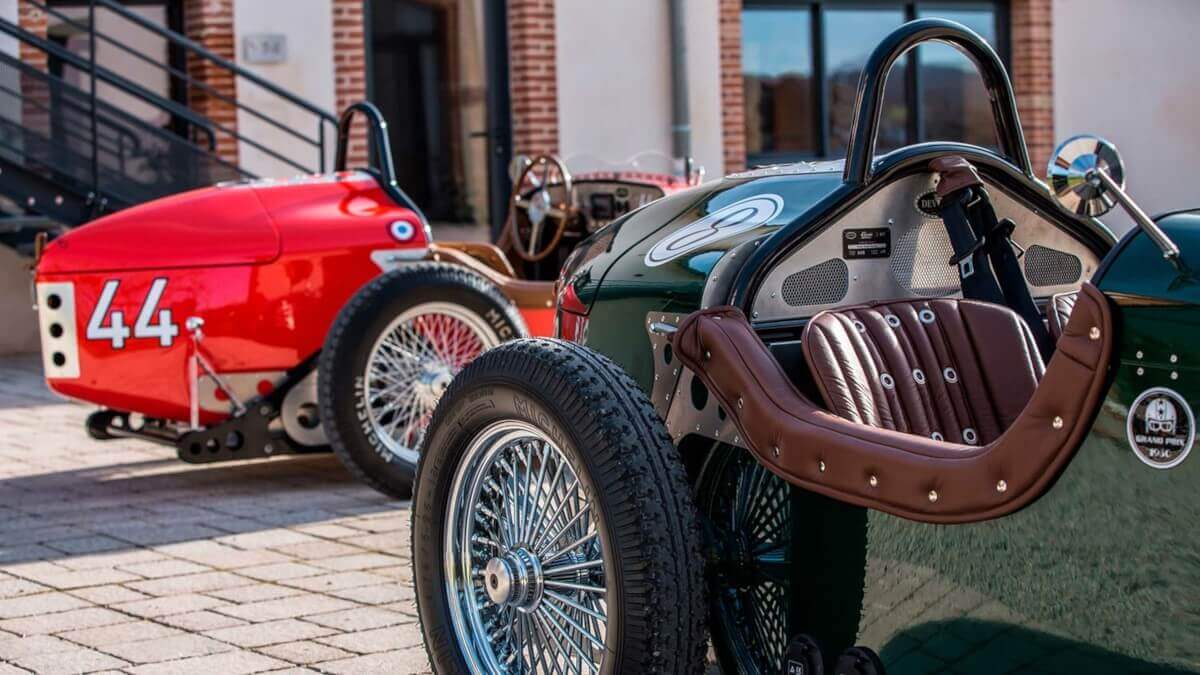 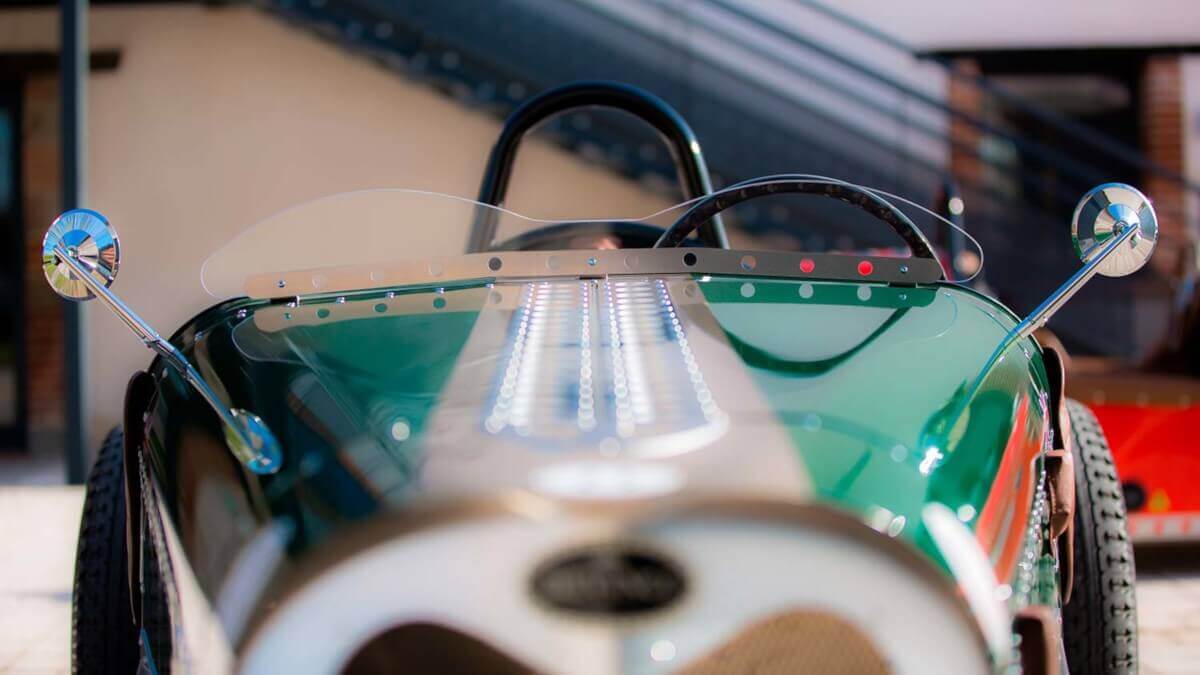 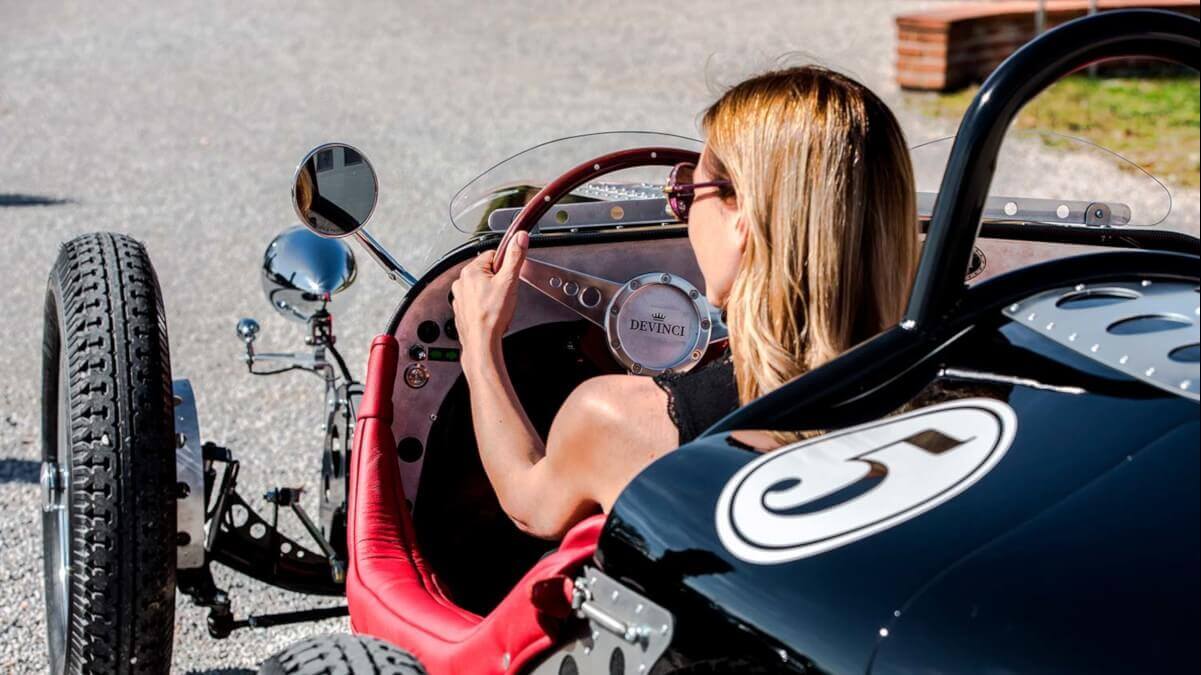 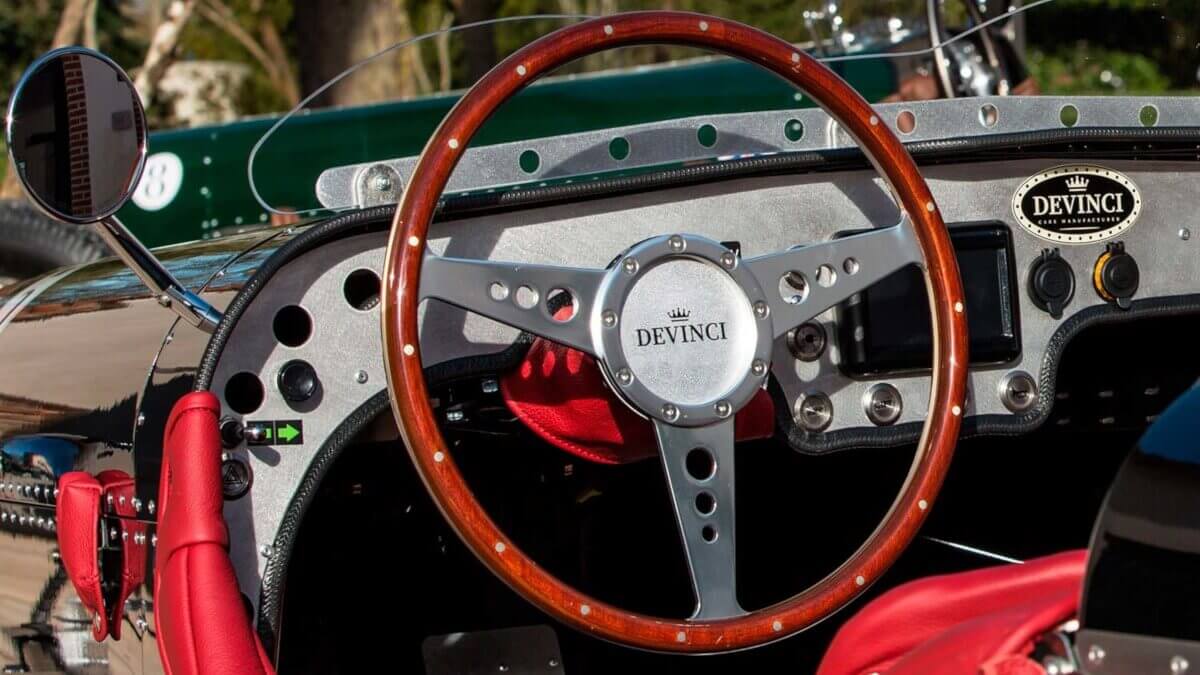 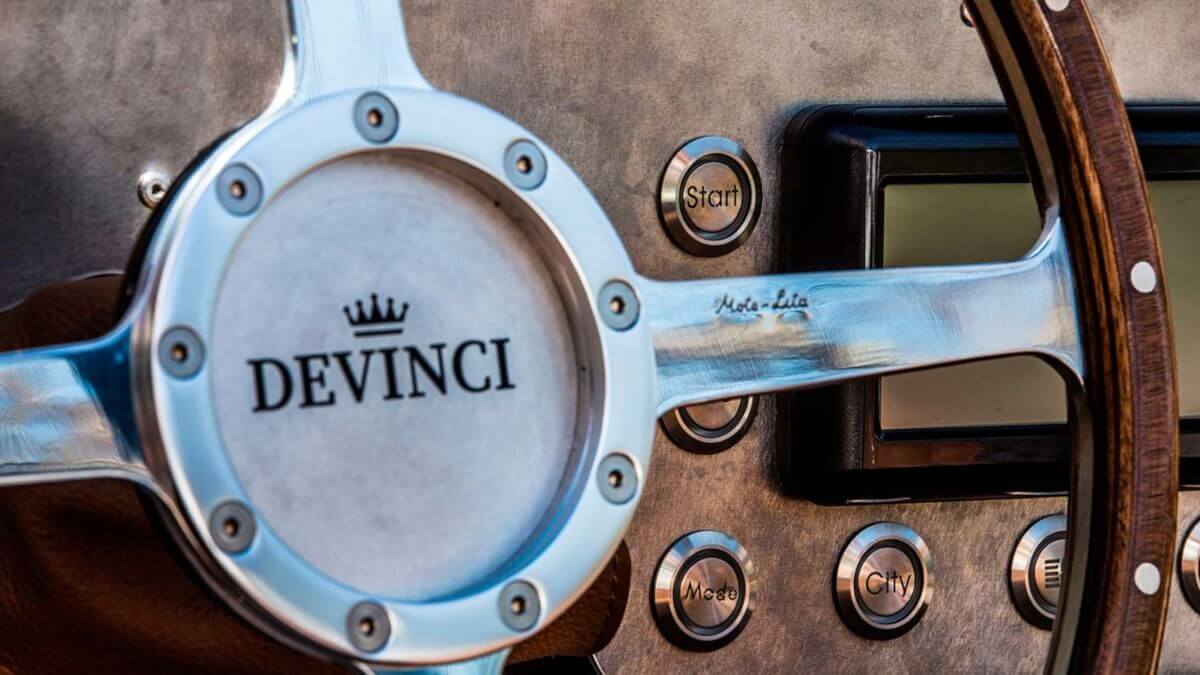 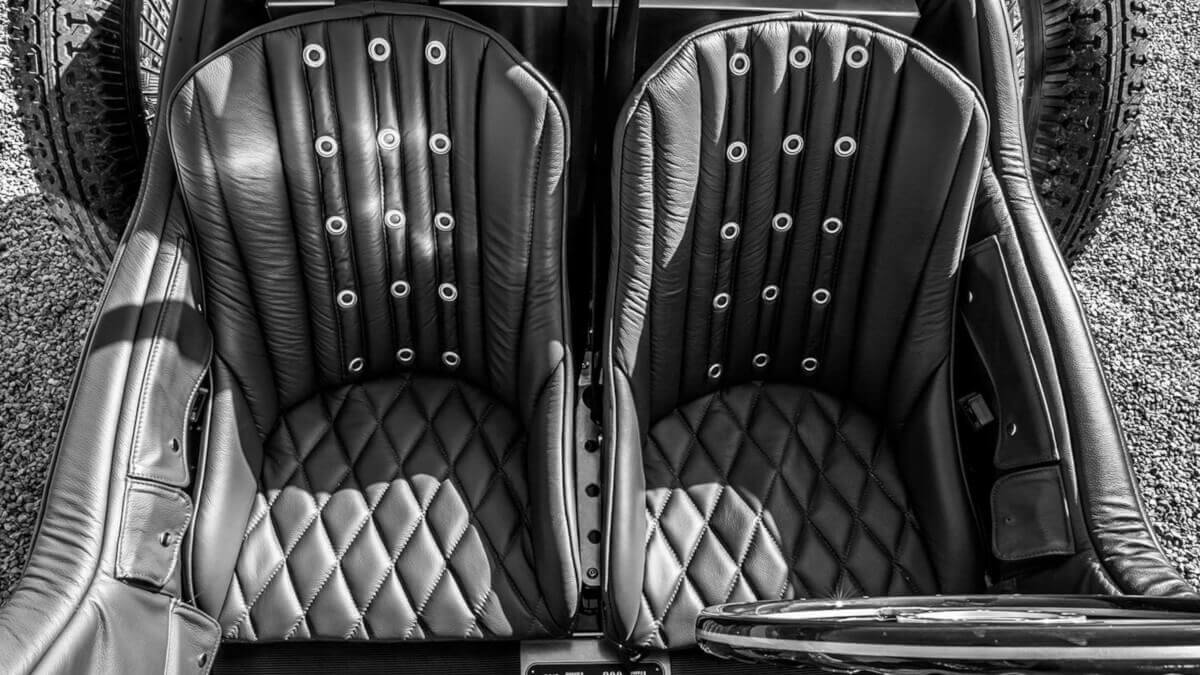 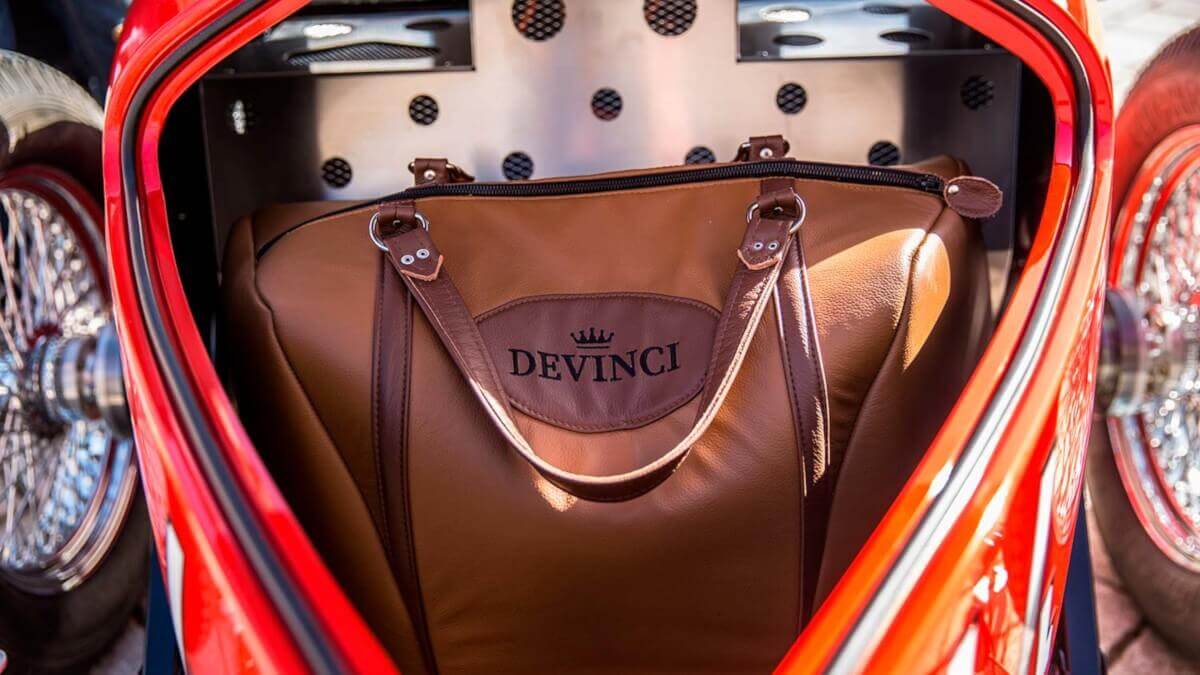 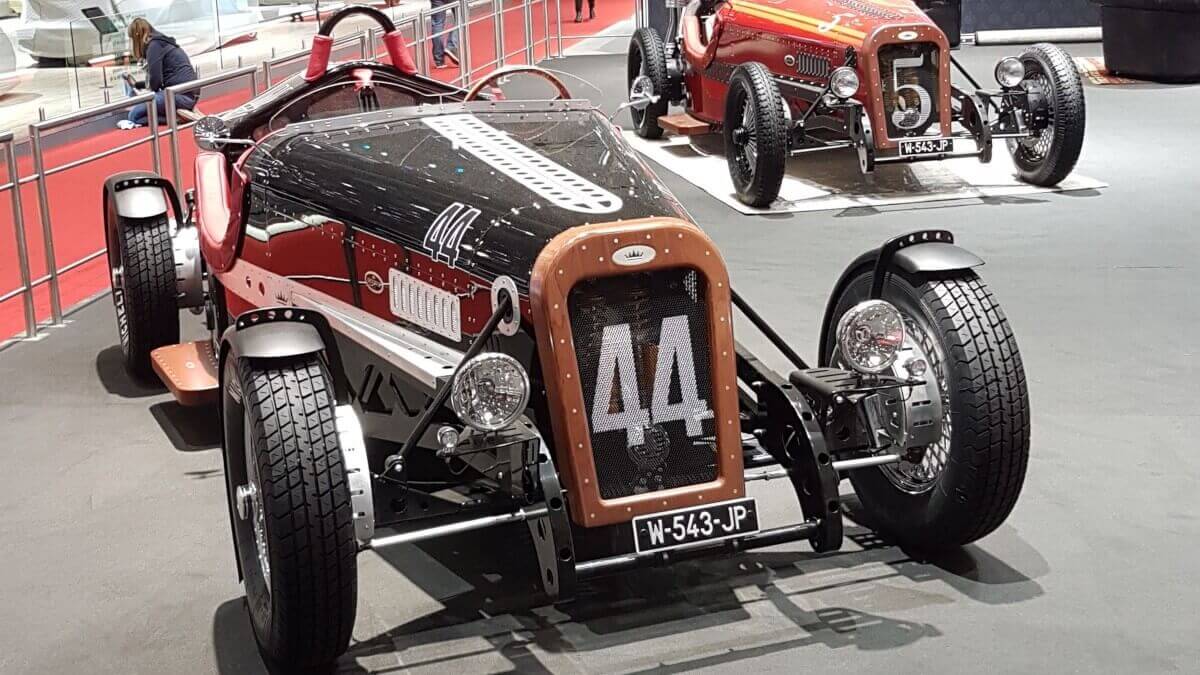 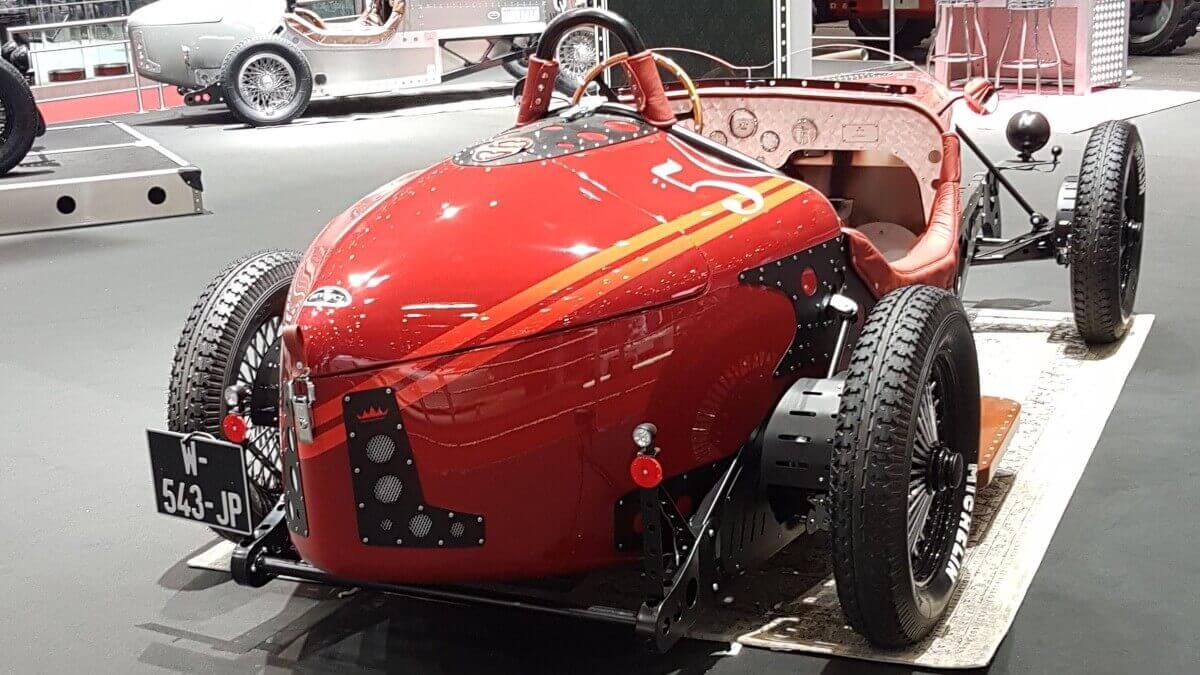 Devinci currently has five more sales outlets in Cannes, Paris, Sion in Switzerland, Milan and Barcelona. The expansion of the network is planned. In support of this, the French company has secured the cooperation of former rally world champion Ari Vatanen from Finland, who acts as technical adviser and brand ambassador.

The Devinci DB 718 will be produced in a total of 200 copies. Three different variants are on offer, which are sympathetic French by different maiden names. The basis is the sweet Brigitte. This young lady is offered from 49,500 € and is limited to 100 copies. Of the somewhat lush –  of course only in the equipment – Lucie, 95 copies covet a wealthy gentleman for 67,900 € each, while only 5 copies of the Princess Adele are waiting for her Prince for a full 99,900 €. According to the manufacturer, one nobleman has already submitted a marriage proposal in the form of a pre-order for an Adele.