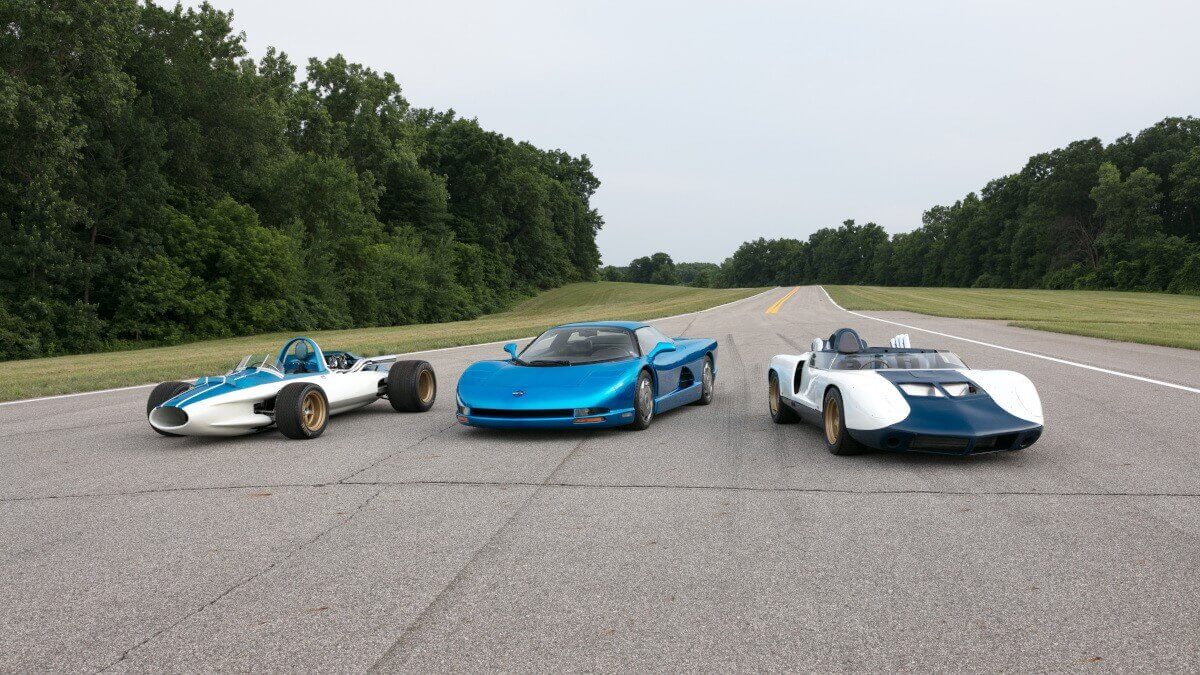 It was suggested in the last few years and was still considered impossible by some sports car fans until recently, when the world premiere took place: Chevrolet takes the radical step from front- to mid-engine concept for the eigth generation of the Corvette. Even after the new car has been shown about a month ago, the discussions about this daring change are still going on. They probably won’t stop until the new Corvette performs well in initial tests against certain rivals. What many would-be experts ignore in their monologues is that Chevrolet hasn’t only been thinking about a mid-engine Corvette since they started to develop the C8. In fact, the starting point for these considerations was exactly 60 years ago. In 1959, the design for a mid-engined monoposto, known internally as the ‘R-Car’, was created under the direction of Corvette’s head of development Zora Arkos-Duntov, a Belgian of Russian descent. Although General Motors as the parent company had retired from all types of motorsport, the Corvette test department produced a racing car that was ahead of its time in many respects. Duntov himself spoke of an “admirable tool” and a “design without limits”, which allowed the CERV-I (Chevrolet Experimental Research Vehicle) to emerge. He wanted to show the Chevrolet board what he wanted and imagined technically in a Corvette.

Over the years, the CERV-I was fitted with seven different engines and a wide variety of transmissions. However, the original small-block V8 with aluminium block is particularly close to the engine technology now presented in the Corvette C8 Stingray. Duntov drove six times up and down the Pikes Peak in 1960, which wasn’t asphalted at that time, whereby he achieved very good times. The car was kept secret until an exhibition at the US Grand Prix in Riverside in 1960. This monoposto was followed in 1964 by the CERV-II, a prototype in the style of Le Mans racing cars of the time. In fact, there originally were some attempts to participate in this legendary race with up to six cars. However, in the USA the scandal about the Chevrolet Corvair, which had come under criticism because of its rear engine layout and the resulting drivability, was just about to flare up. Therefore the manufacturer pulled the plug on the project after only one built car. Interestingly, Duntov planned the CERV-II with an automatic transmission on both the front and rear axles, making it the first mid-engined car with all-wheel drive. Both the CERV-I and the CERV-II are today privately owned.

After the collected experiences with the two concept cars, Duntov planned the third Corvette generation as a mid-engined sports car, whereby he by no means thought of a pure racetrack vehicle. Instead, the Corvette C3 was to serve up to two passengers and their luggage as a sporty travel vehicle. Together with Bill Mitchell, he designed the prototype XP-880 Astro 2, but it didn’t please the General Motors board. There they gave preference to the simultaneously developed variant with front engine, but nevertheless showed the Astro 2 at the New York Auto Show 1968. After this bitter disappointment, Duntov and his team developed the new XP-882, of which two working prototypes were ready to go within the same year and showed significantly better performance than all Corvette models until then. However, the then General Manager of Chevrolet, John Z. DeLorean, prohibited any further work on this concept. But Duntov found a creative way around his boss and exhibited a freshly painted XP-882 at the New York Auto Show in 1970 as a possible competitor to the De Tomaso Pantera, which was offered through Ford dealers in the USA. Not only did the local crowd applaud, but they also wrote so many letters to the brand board, that DeLorean had to release funds for further development. The upcoming oil crisis in 1973 finally stopped further work on the mid-engine car and instead Chevrolet built the Corvette C3 much longer than originally planned. 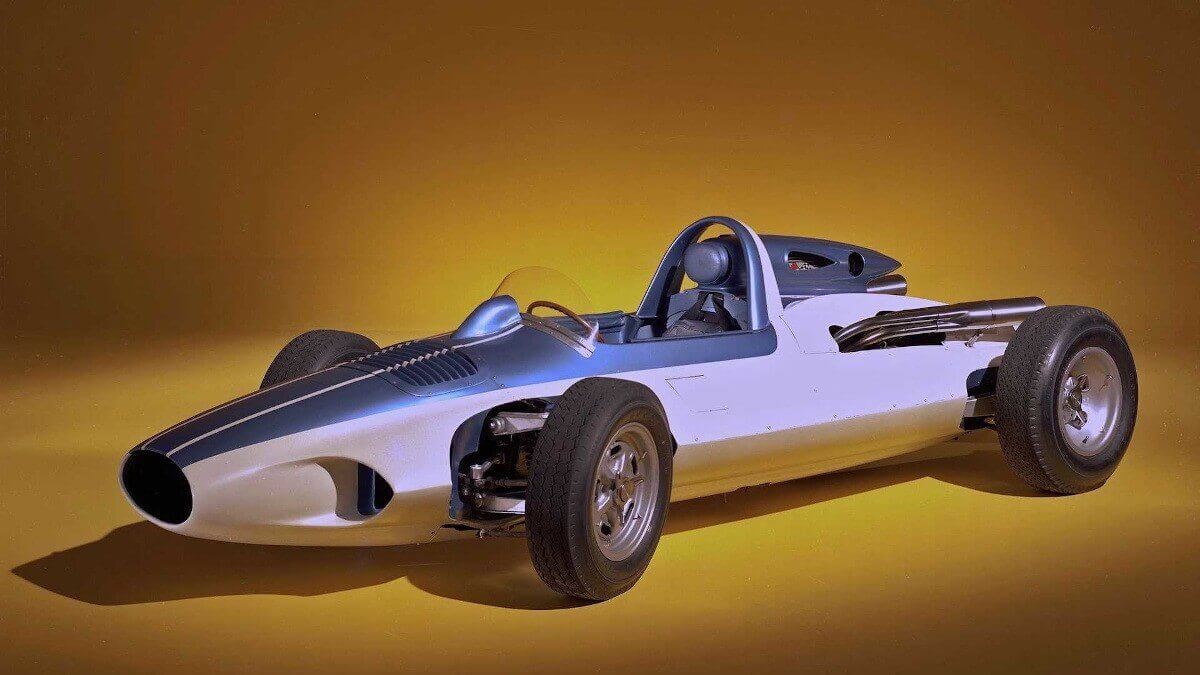 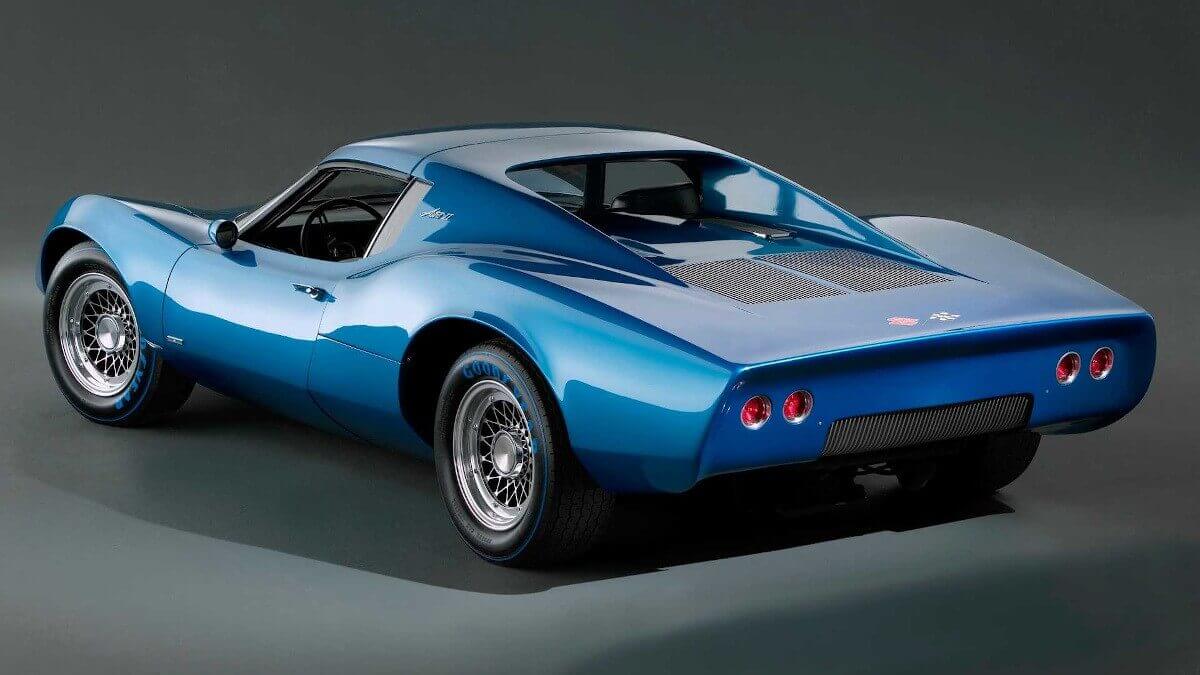 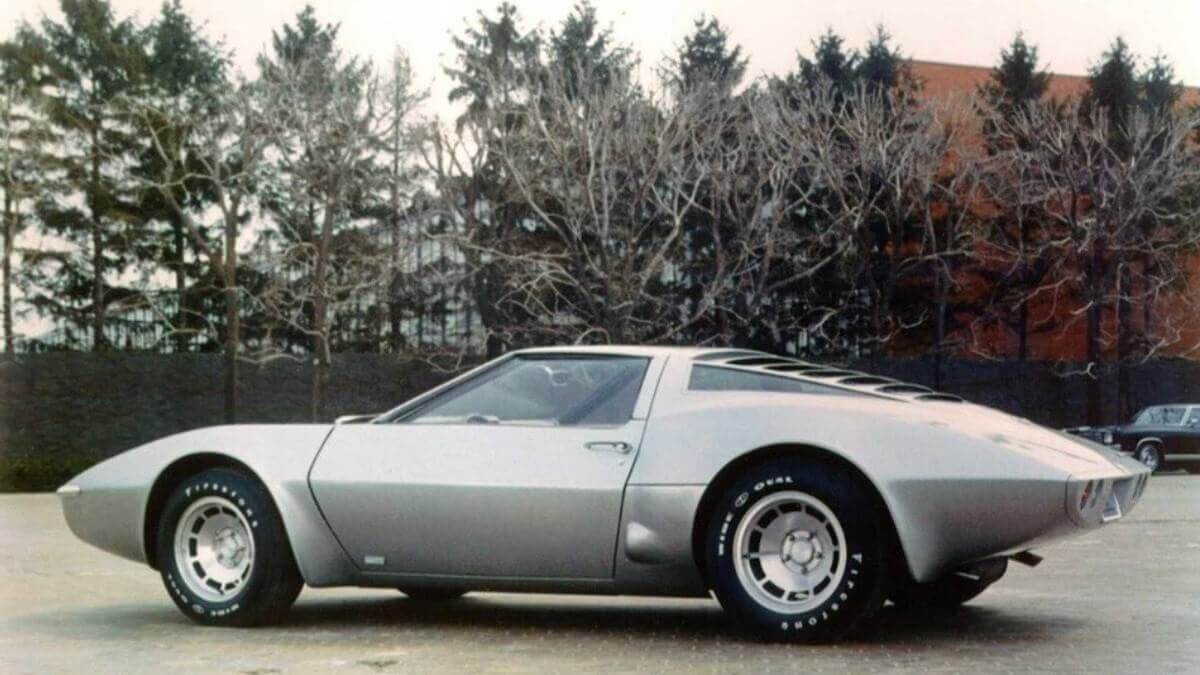 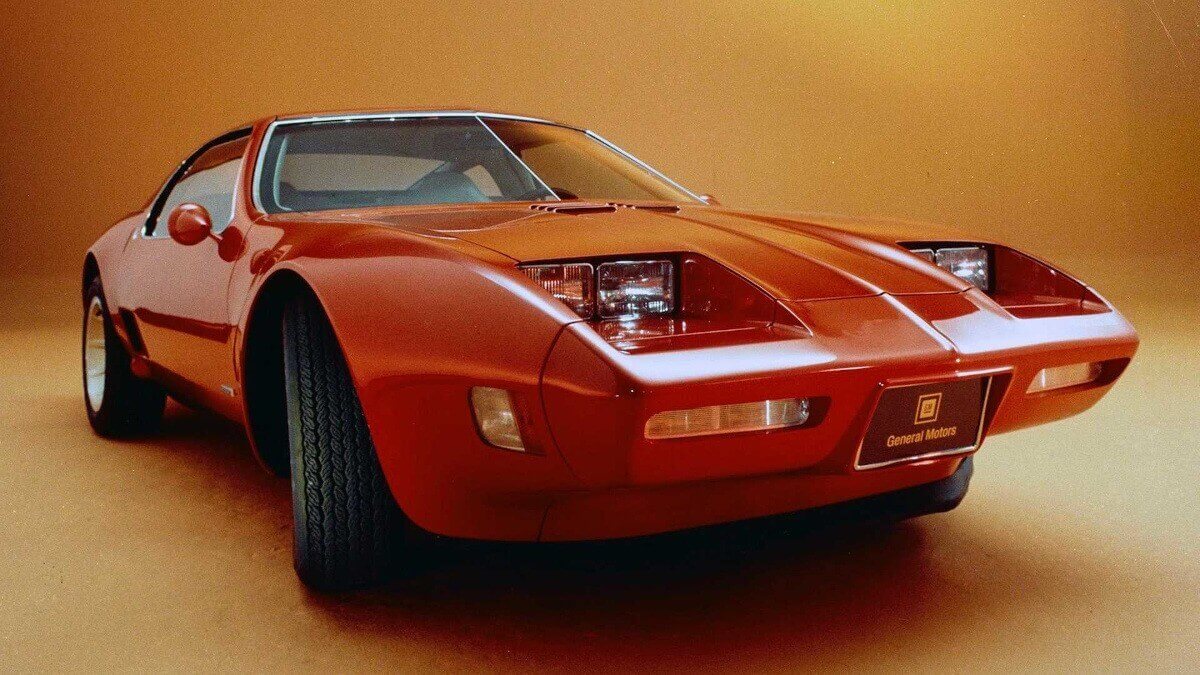 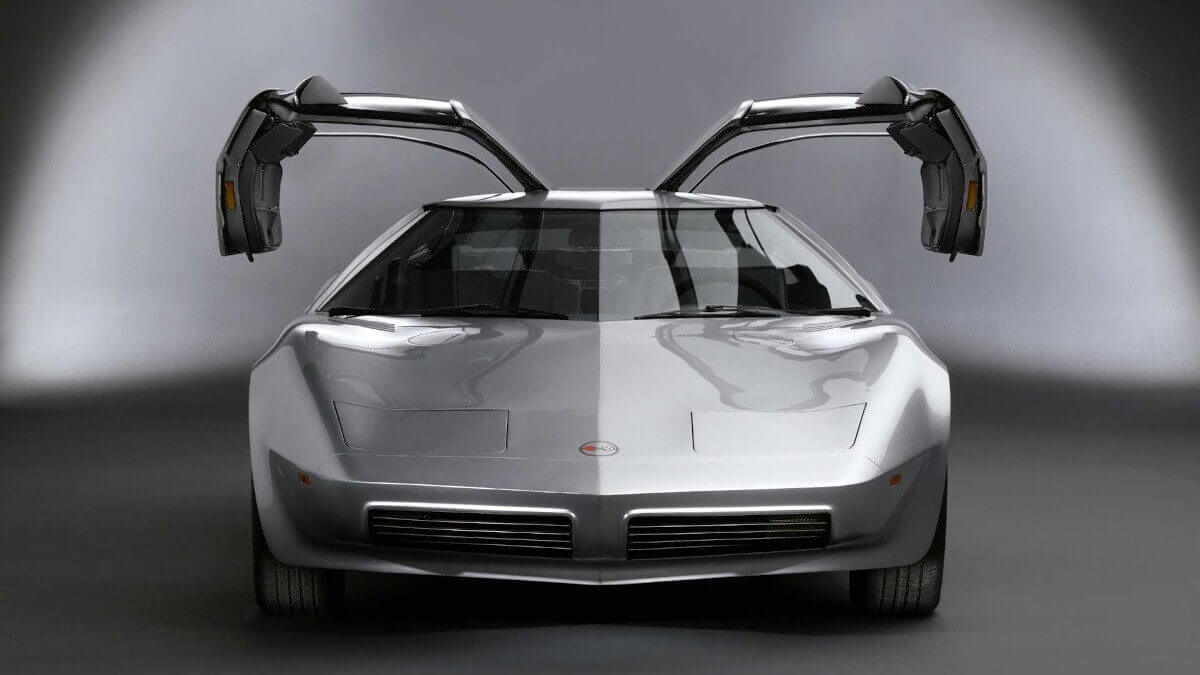 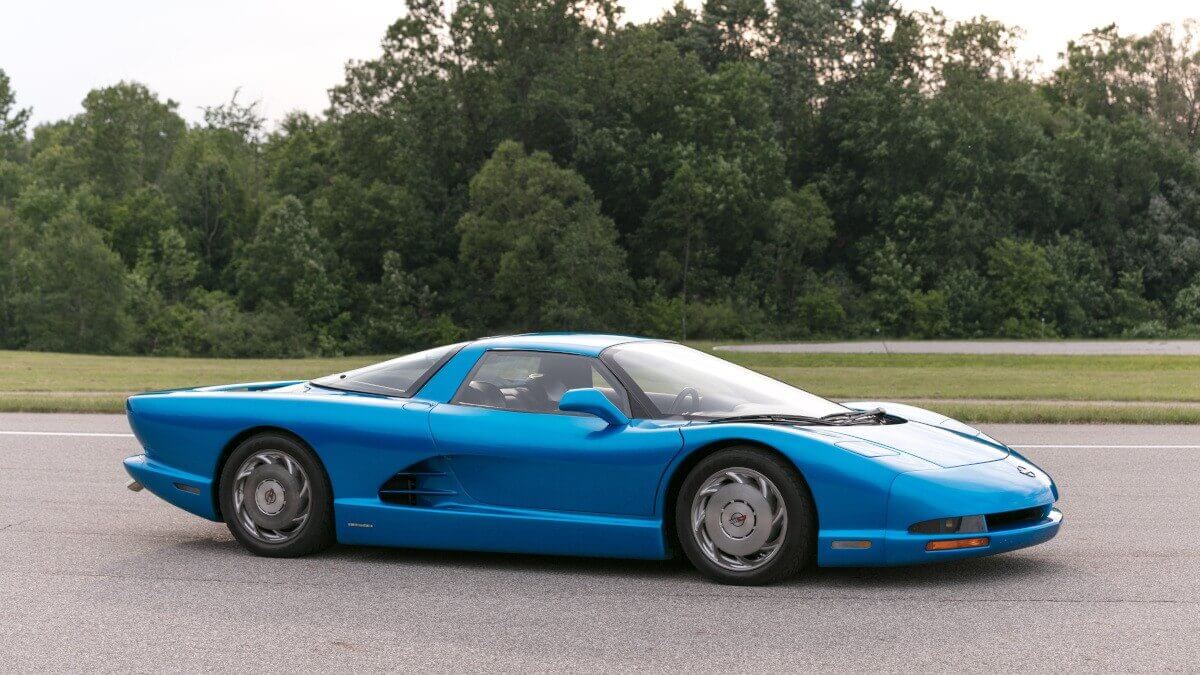 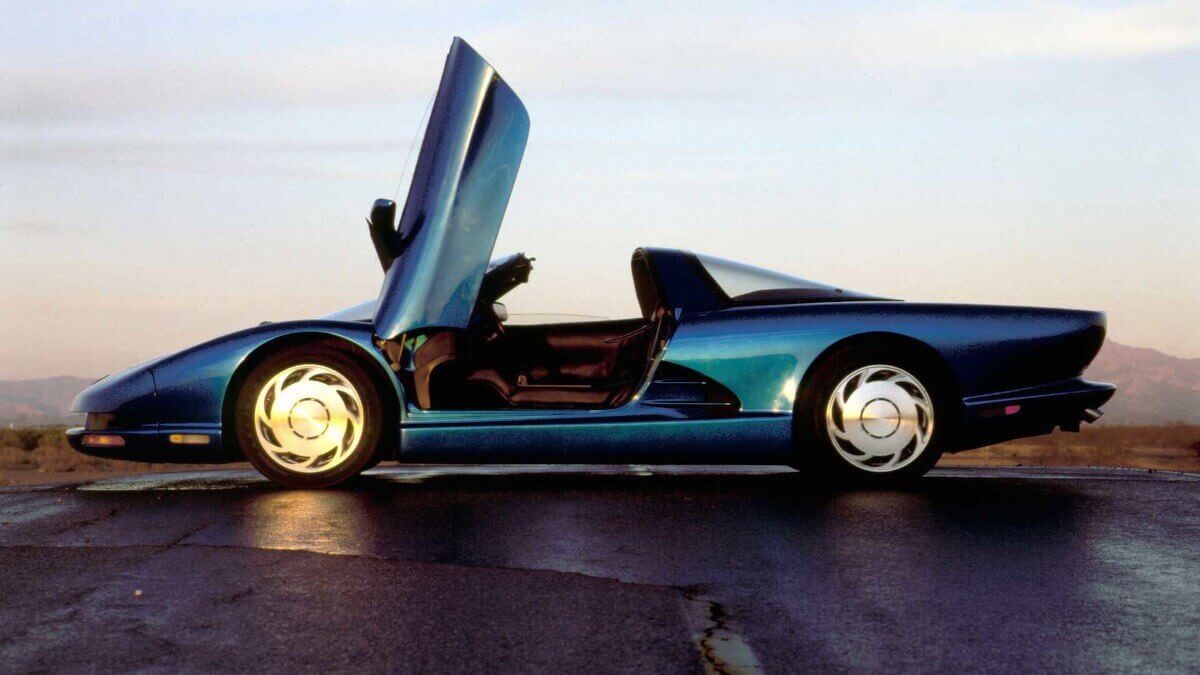 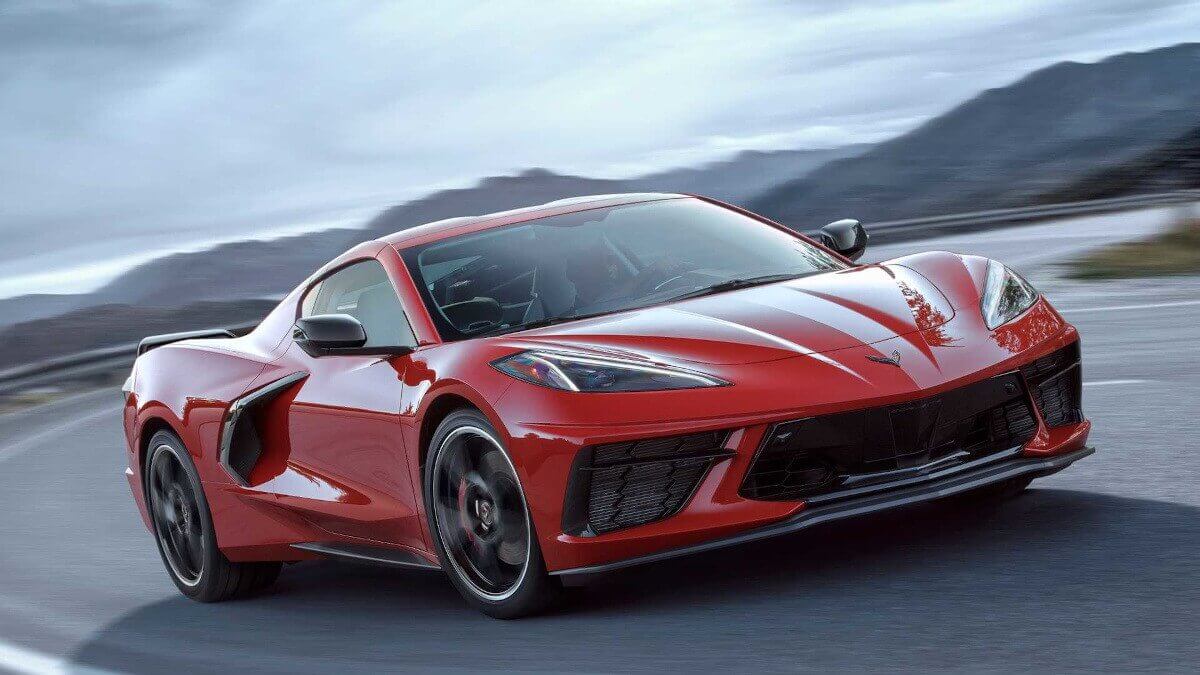 Two years after the premiere of the XP-882, one of the two existing cars was reconstructed as the XP-895 with a more European design and a body made from steel. However, this made the car much heavier and therefore slower. Together with Reynolds Aluminium, a supplier of GM, a second, optically identical prototype was produced, which was over 200 kilograms lighter due to its aluminium construction. In 1973, at the IAA in Frankfurt, a mid-engine sports car, which was actually conceived below the Corvette in the model range, made its debut. Finally it advanced into the line of ancestors of the larger model series as the ‘Two-Rotor Corvette’. As the name suggests, this is a test vehicle from the time when Chevrolet experimented with rotary engines. In this case, the shortened chassis of a Porsche 914/6 was used to make unusual use of components from outside GM. Originally, the car, dressed by Pininfarina, was painted in classic silver, later repainted to red. Today it is in a private car collection, probably equipped with a Mazda rotary engine.

From the XP-895 with steel body Chevrolet in 1973 developed the ‘Four-Rotor Corvette’ with another rotary drivetrain, composed of two Chevrolet Vega engines. This engine developed about 420 hp. The body was extended and fitted with gullwing doors in the style of the Mercedes-Benz 300 SL. Since GM wasn’t able to solve the problems with the rotary engine during the same period, the prototype went to the depot unshown. Three years later it was removed from the depot, the rotary engine replaced with a 6.6-liter V8 and the car renamed ‘Aerovette’. This time it was even possible to convince the GM board and the car was released for series production from model year 1980. However, neither designer Bob Mitchell nor Zora Arkos-Duntov stayed with Chevrolet long enough to be able to really push this market launch through. The then Chevrolet boss David R. McLellan decided that a front mid-engined concept for the upcoming Corvette C4 would be cheaper to produce.

So although a new Corvette was produced according to the familiar pattern, the company continued to trace the phenomenon of why the mid-engine concept offered much better driving performance. In 1986, at the North American International Auto Show (NAIAS) in Detroit, the concept car Corvette Indy debuted with four-wheel steering, active chassis, traction control, ABS, screens instead of analogue instruments and an early form of GPS navigation. Even the drive was new and unusual, as the newly developed V8 biturbo engine with a displacement of only 2.65 liters and around 600 hp from the IndyCar racing series was used. Jerry Palmer was responsible for the streamlined carbon and fiberglass bodywork. As a further development of the Corvette Indy, four years later the CERV-III with a 5.7-liter V8 engine was shown in Detroit. Thanks to various modifications and double turbocharging, the CERV-III had 650 hp and 888 newtonmeters of torque. The construction of this prototype was done at Lotus in Great Britain, at that time a subsidiary of GM. In spite of a decent driving performance, this vehicle also had only the way into the museum. Only now, 30 years later, does Chevrolet dare to take this huge step and launch the Corvette C8 Stingray with mid-engine layout.